Standing at the chilly corner of Eglinton West & Avenue Rd, the bright lights of Yitz's deli appear like a mirage in the midst of another blizzard. No surprise, of course, as nothing could be more appealing with all this winter weather than good ol' stick-to-your-ribs comfort food.

Shuffling through the sausage-handled doors and past the bustling bakery entranceway, my friends and I settle into the back of this 35-year-old Toronto landmark and order up favourites from all over the menu. 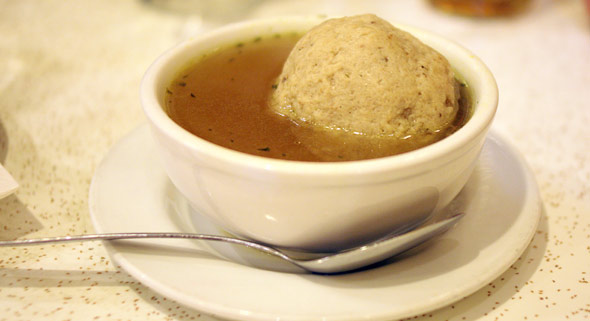 Cabbage Borscht and Matzo Ball Soup ($3.95 per bowl) help with our defrosting and are both quite good. 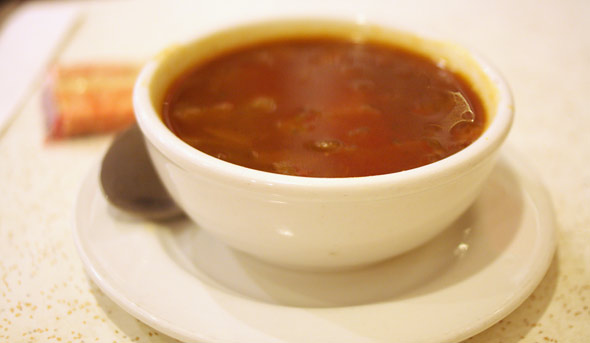 The borscht was a little thinner on the cabbage than we'd hoped for, but overall, decent. 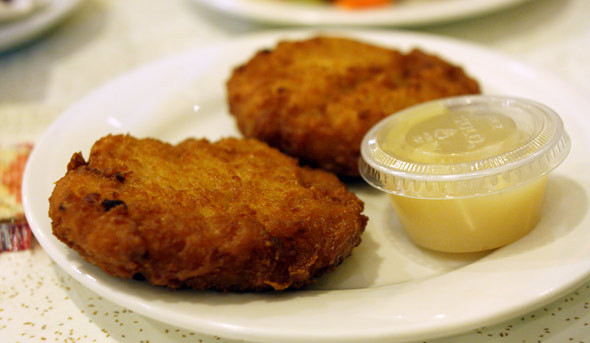 Latkes ($3.95) are thick and crunchy, but way heavier than your average latkes thanks to a mix of potato and matzo. Dubbed 'hockey pucks' by the guys at the table, they tasted really good, but were heavy enough to make us consider cancelling our entrees (word to the wise). 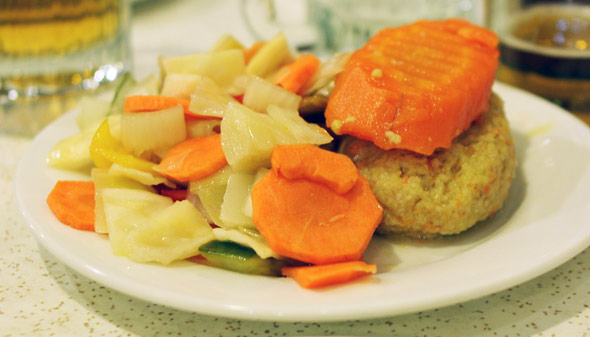 Another appetizer dish, Gefilte Fish ($3.95), arrives and receives a cold reception from the team.

Served with picked vegetables and traditional horseradish on the side, this fish patty dish had potential but, frankly, was just too cold. The entire piece was fridge frosty with the centre of it almost ice cold. Perhaps it was just our aversion to the outside weather, but we weren't feeling this one. 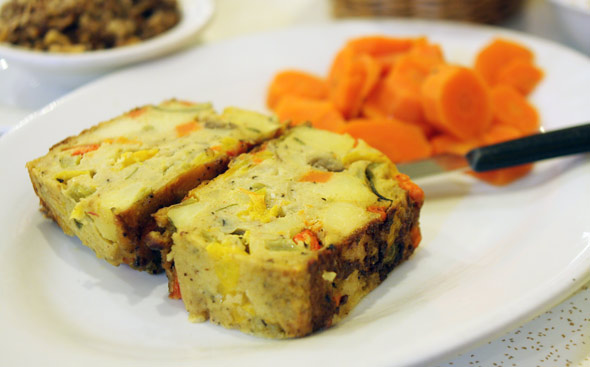 A serving of Vegetable Loaf ($10.95), on the other hand, is thankfully much warmer. 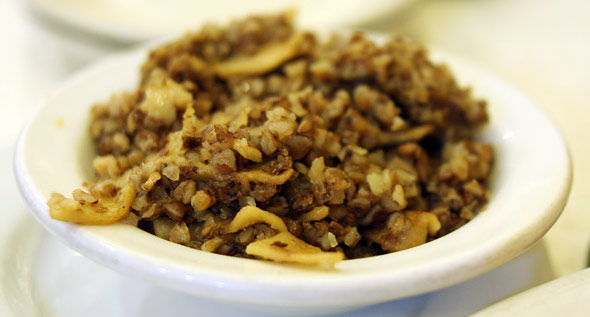 Served with carrots and seriously delicious kasha , it doesn't seem like much on the plate, but like the hockey pucks- err, latkes, it's heavier than it looks. The chopped veggies are bound by matzo flour and egg, making this a filling dinner. Stick-to-your-ribs indeed. 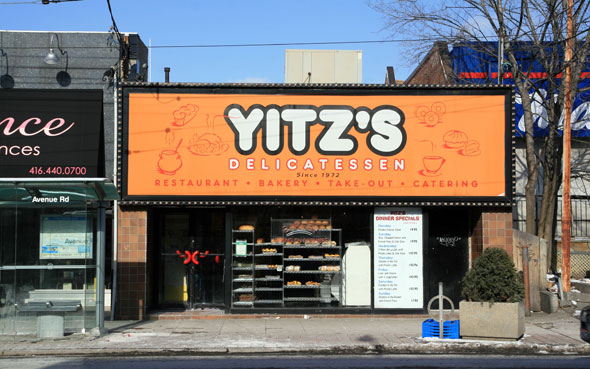 Lastly, a carnivore's dream: Yitz's pastrami sandwich ($6.75), reminds us why we like this place. Freshly sliced meats in such abundance that even the rye can barely sit atop the sandwich. A good deal, and in our case, a good take-home choice for tomorrow's lunch!