Woo Buffet Restaurant & Lounge is perched atop Yonge-Dundas Square, amid the massive billboards, neon lights, towering televisions and retail outlets. It's the new player in Toronto's buffet and lounge scene, or shall I say, the only player. Stepping out from the shadow of his father of Star Walk Buffet fame, owner and operator Wayne Woo set out to create a new and exciting venue while living by the motto stick to what you know .

Entering 10 Dundas East , we ascend the three levels of escalators arriving at Woo. Our booth offers a grand view of Yonge-Dundas Square. Avoiding a more traditional decor, the dining room is a well-conceived attempt at the modern restaurant-lounge while accommodating the formality necessary to offer a buffet-style food service, i.e. prepared food islands. 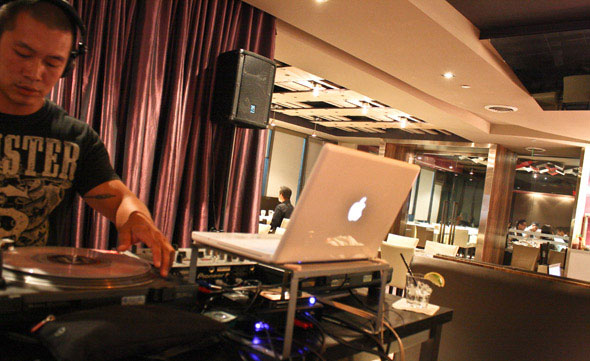 After a failed attempted at an a-la-carte-only menu, Woo has returned to what he does best, and, with the help of newly appointed Executive Chef Chris Kanka, implemented a rotating menu of fusion-inspired cuisine featuring unlimited Chinese, Japanese, Indian, and Vietnamese eats. Sadly, the impressive breadth of Woo's offerings translates to a lack of depth in many of the more complex dishes. 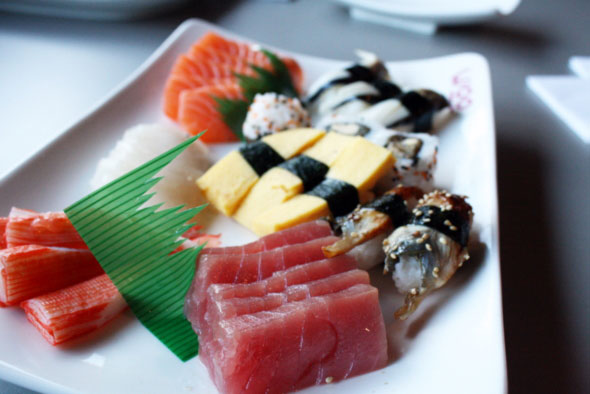 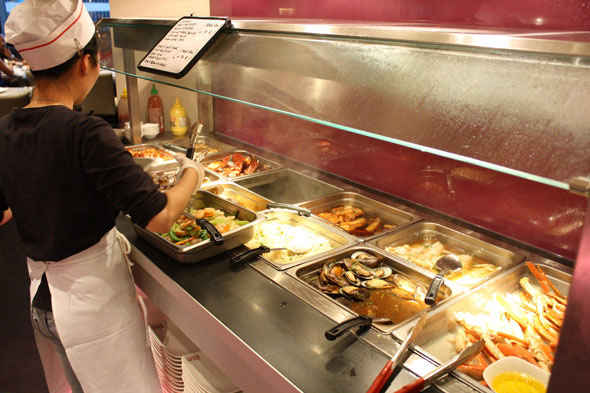 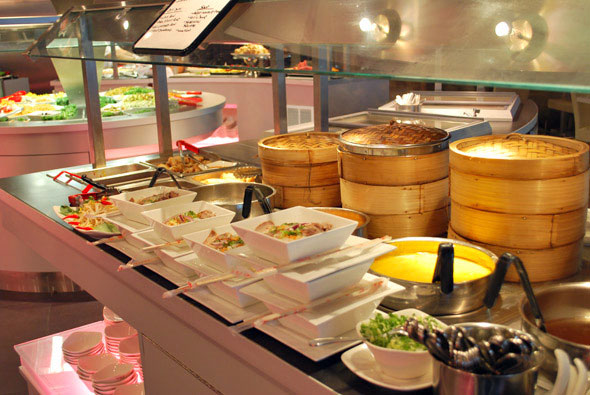 The dim sum station features four unlabeled steamers containing steamed buns; banana leaf wrapped rice, and steamed shrimp dumplings. The dumplings, thick with an abundance of dumpling skin come with surprisingly tasty shrimp. Most popular is the hearty butternut squash and shark fin although they should really stop serving this and go watch the movie Sharkwater . 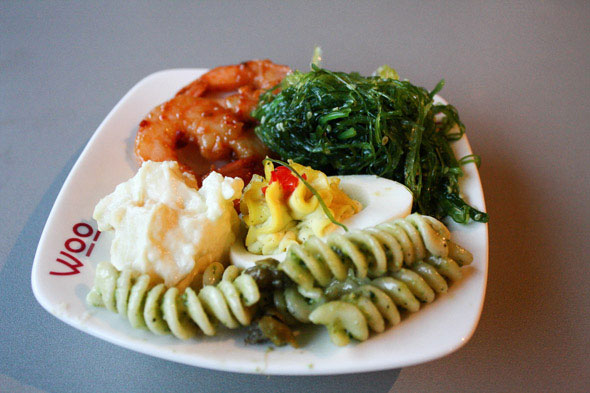 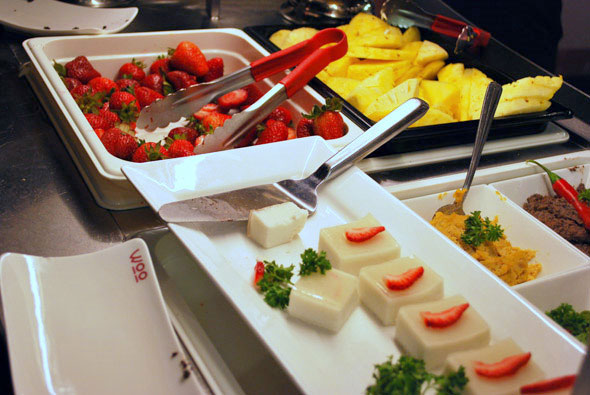 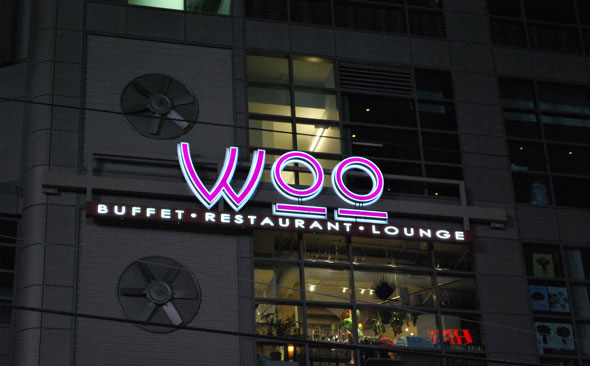