White Squirrel Snack Shop is nestled unassumingly into the new snack Mecca of Queen between Bathurst ( 416 Snack Bar, Lisa Marie ) and Spadina ( Banh Mi Boys , Come and Get It , Burger's Priest) . The new outpost has been drawing a mixture of local office workers eager for a quick lunch fix alongside those still in last night's clubbing attire, equally eager for something to line the stomach. Thankfully, the menu, designed by owner David Ginsberg along with Chef Chelsea White, seems to be able to amply accommodate both. 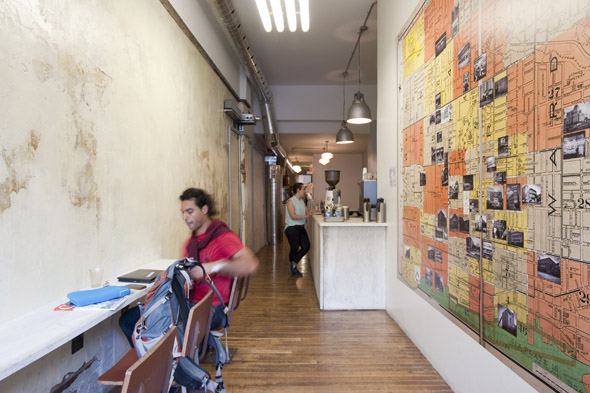 White Squirrel has been a stalwart of the Trinity Bellwoods area for those in need of a coffee since 2009. Without a full kitchen, however, Ginsberg's dreams of delivering food were hampered, and he's been looking for a space ever since. Still producing the same standard of coffee (a custom blend from Mountain View Estates) and serving the ever-popular Greg's Ice Cream, he's collaborated with White on an eclectic menu that takes in influences and ideas from just about everywhere. While burgers, Cuban sandwiches, and bacon rolls dominate the orders from customers, we looked for a couple of dishes from left-of-field. 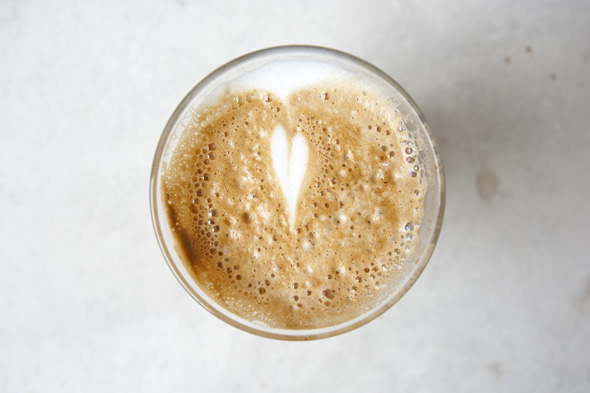 The flat white ($3.25) we order is served latte-style in a short glass. It's certainly well made, and the coffee options are great, but one hopes for a wider beverage menu from a place with a full kitchen. There are a few soft drinks, sure, and several teas from nearby Tealish, but the rumours of a liquor license application definitely sound like a step in the right direction. 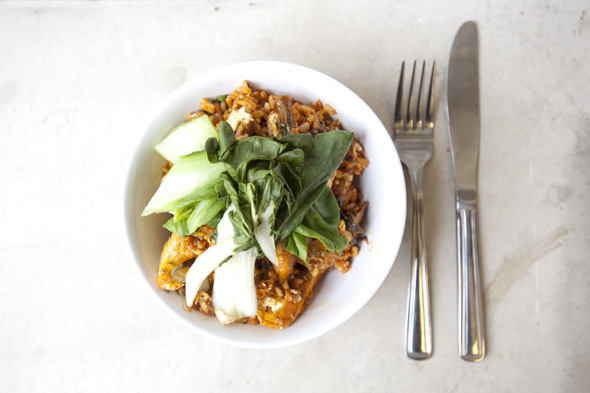 First up is the Kimchi Fried Brown Rice ($6/10). We opt for the smaller size, which is still a belly full. With house-made vegan kimchi, tofu and oyster mushrooms, it's both vegan-friendly and gluten-free (using tamari rather than soy). Happily, the flavours are still bright and clear. Topped with bok choi and mustard greens, I can see myself revisiting this. 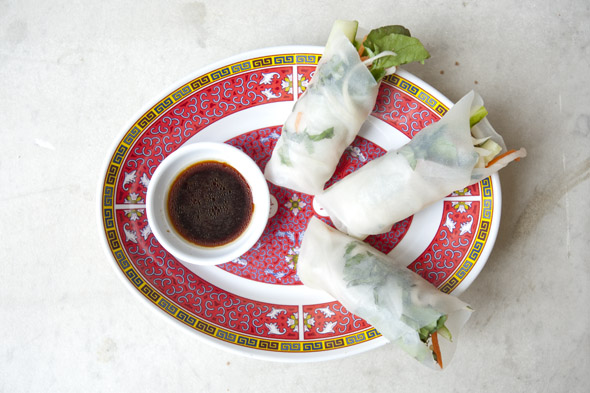 The salad rolls ($5), with daikon and carrot, are a pretty light addition. Another vegan option amongst quite a few on the menu, they don't make the same impression as the fried rice, but they're certainly one of the few genuinely healthy snacks one could pick up when in the area (yes Fresh, I'm looking at you). 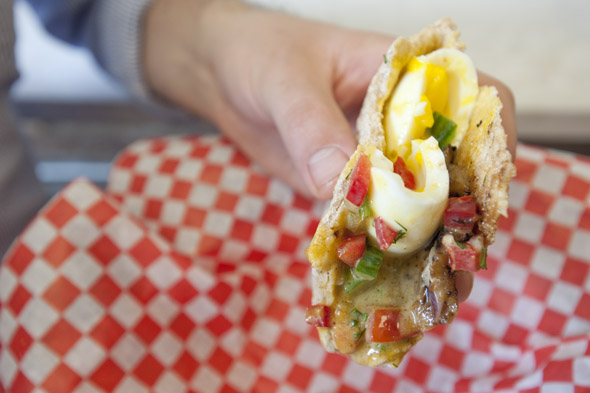 The Sabich ($6) is easily the most bang for your buck. An 'Iraqi Breakfast Sandwich' of cucumbers, roasted eggplant, pickled mango, and two six-minute eggs in a pita, my dining partner devoured his with gusto. It would have been nice to see a little toasting on the pita for some texture, but those eggs were perfect: firm whites with a gooey yolk that pervaded the whole sandwich. Heaven.

The nachos ($6/10, lead photo) seemed pretty small until we realised we had ordered the snack size. Despite a lack of sour cream or guacamole (the latter is available for a $3 surcharge), there was plenty of topping to scoop onto each chip. Featuring confit beef, monterey jack cheese, pickled jalapeňo relish, a 'houmous' of roasted hominy , and a handful of limey romaine, these were actually pretty delicious, though they'd go down much better with a beer than a coffee... 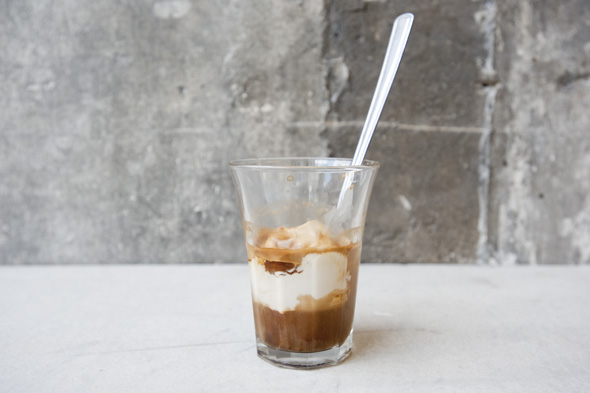 Speaking of which, the affogato ($4.25) is pretty special. With your choice of ice cream, we opted for the toasted marshmallow variety, the kiddie-scoop holding its shape well, despite being smothered with espresso. A good option if you don't feel like a whole ice cream cone or another coffee. 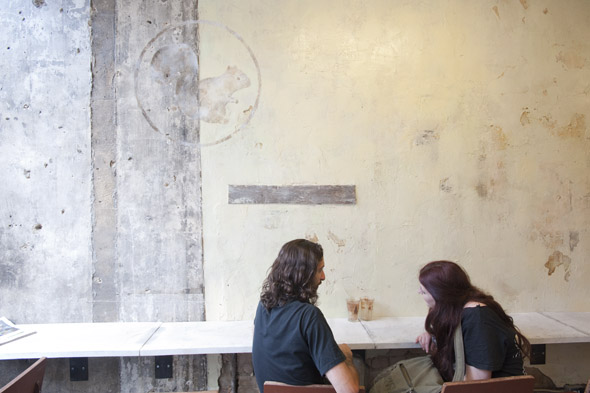 It's not much of a dining room, per se, but the long marble bar (with satisfying swivelling stools) and the couple of tables in the back are actually pretty comfortable. It's worth popping your head in the door just to see the impressively large road map of old Toronto (from the turn of the last century). It'd be nice to see what this place could look like after dark, but without a license, we can only enjoy it during the day. One can hope. 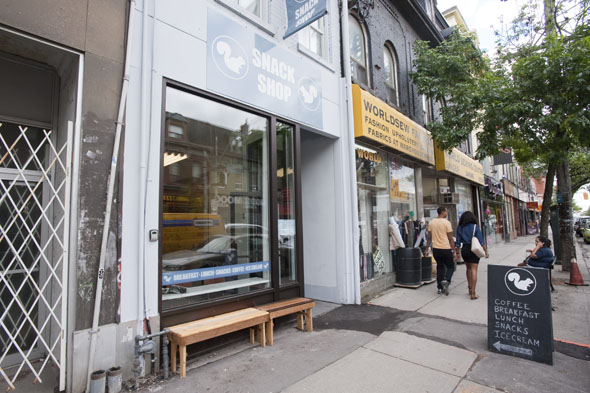