It represents a departure for Jon Vettraino and Jason Romanoff from their last project, The Commodore. Where the influences were global and wide-ranging there, Viaggio charts a personal course through Italy’s varied regions. 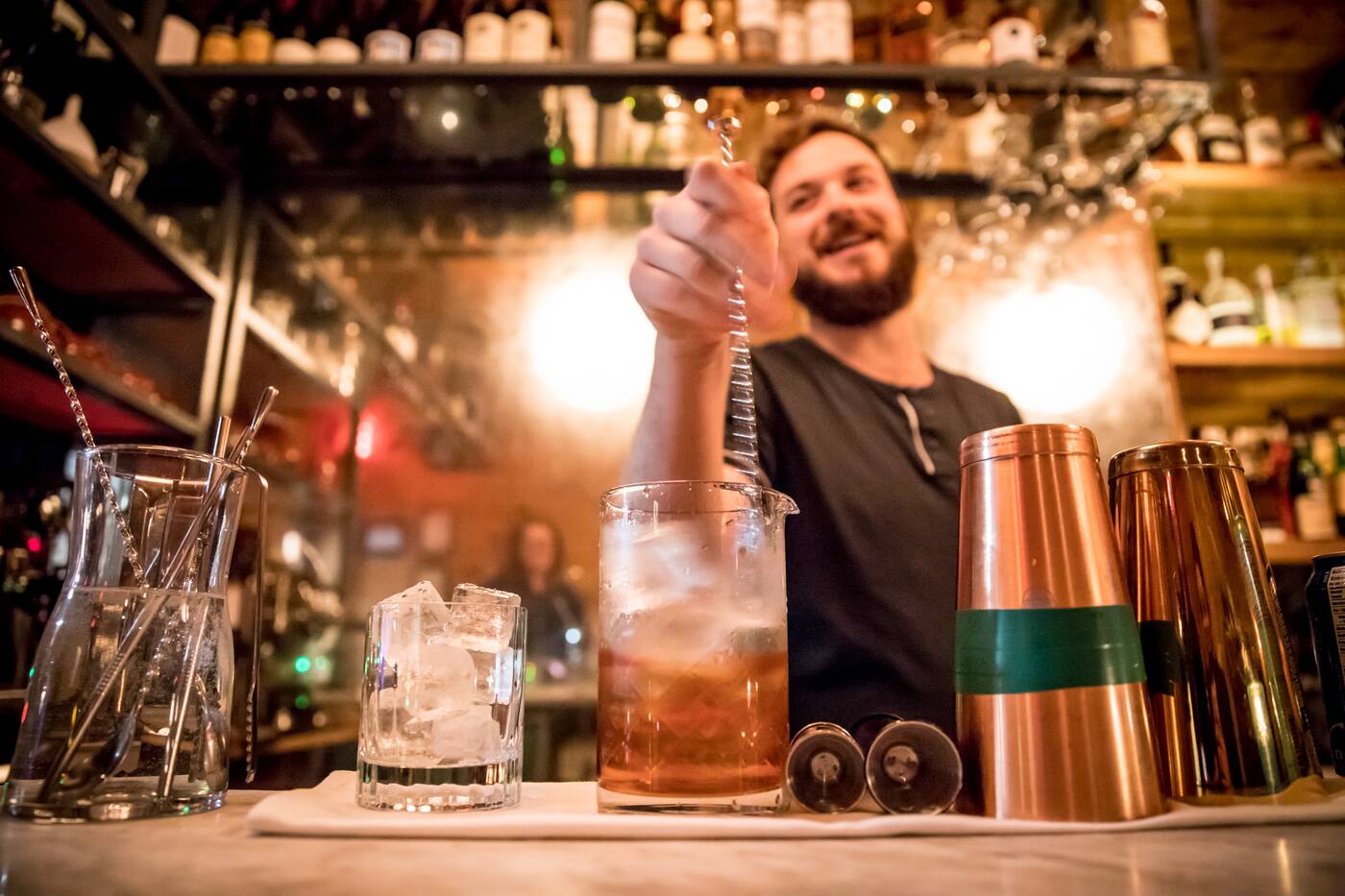 Formerly home to Brazilian steakhouse Branca, the layout of the space hasn’t been fussed with much, a gaudy accent or two removed and clean modern light fixtures added. Moon-like fixtures still float above an irreplaceable welcoming bar area. 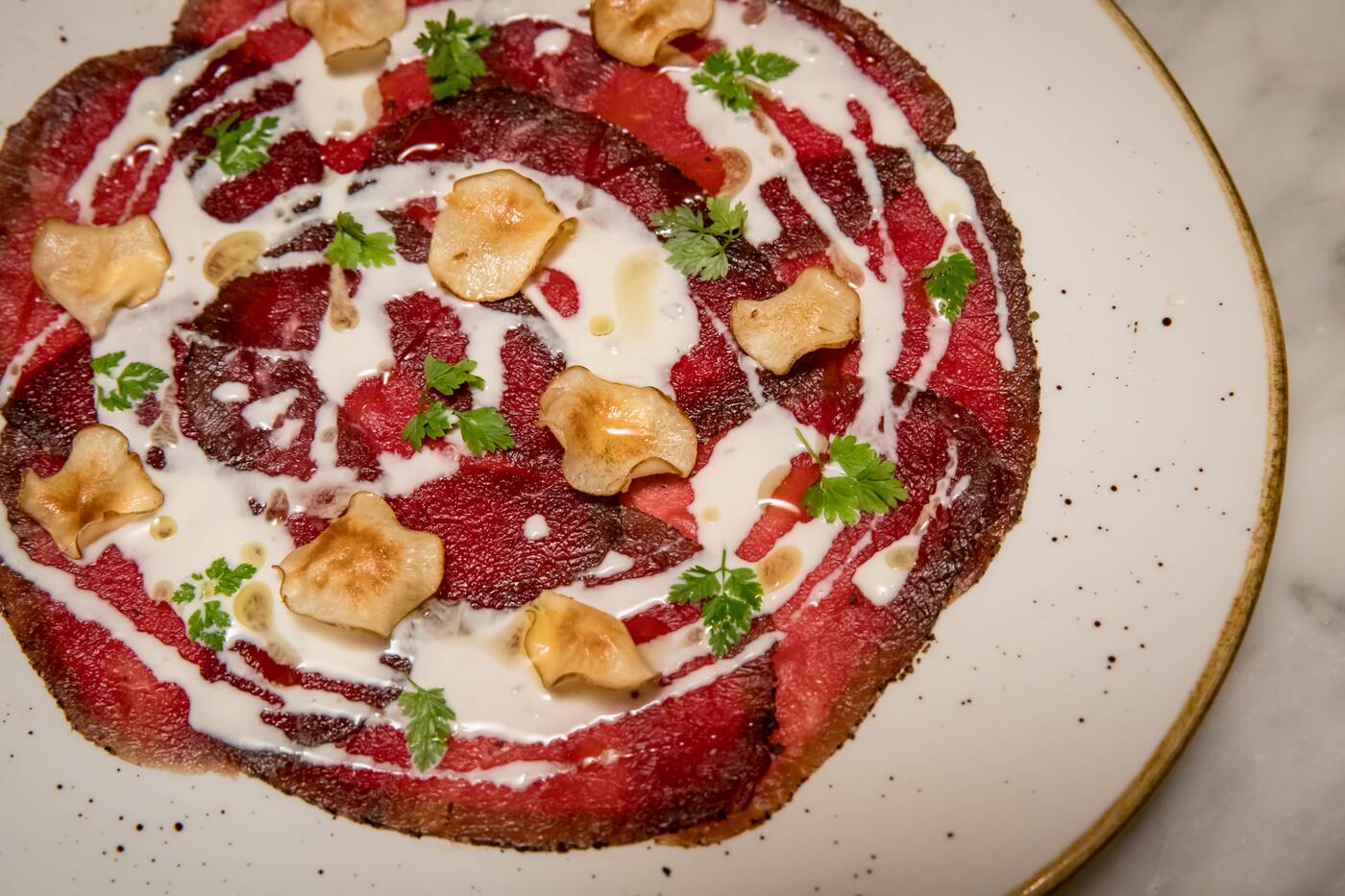 Venison carpaccio ($16) layers petals of earthy venison in concentric circles, drizzled with a gorgonzola cream that brings a cheese plate funk and scattered with crispy sunchokes for a woody crunch. 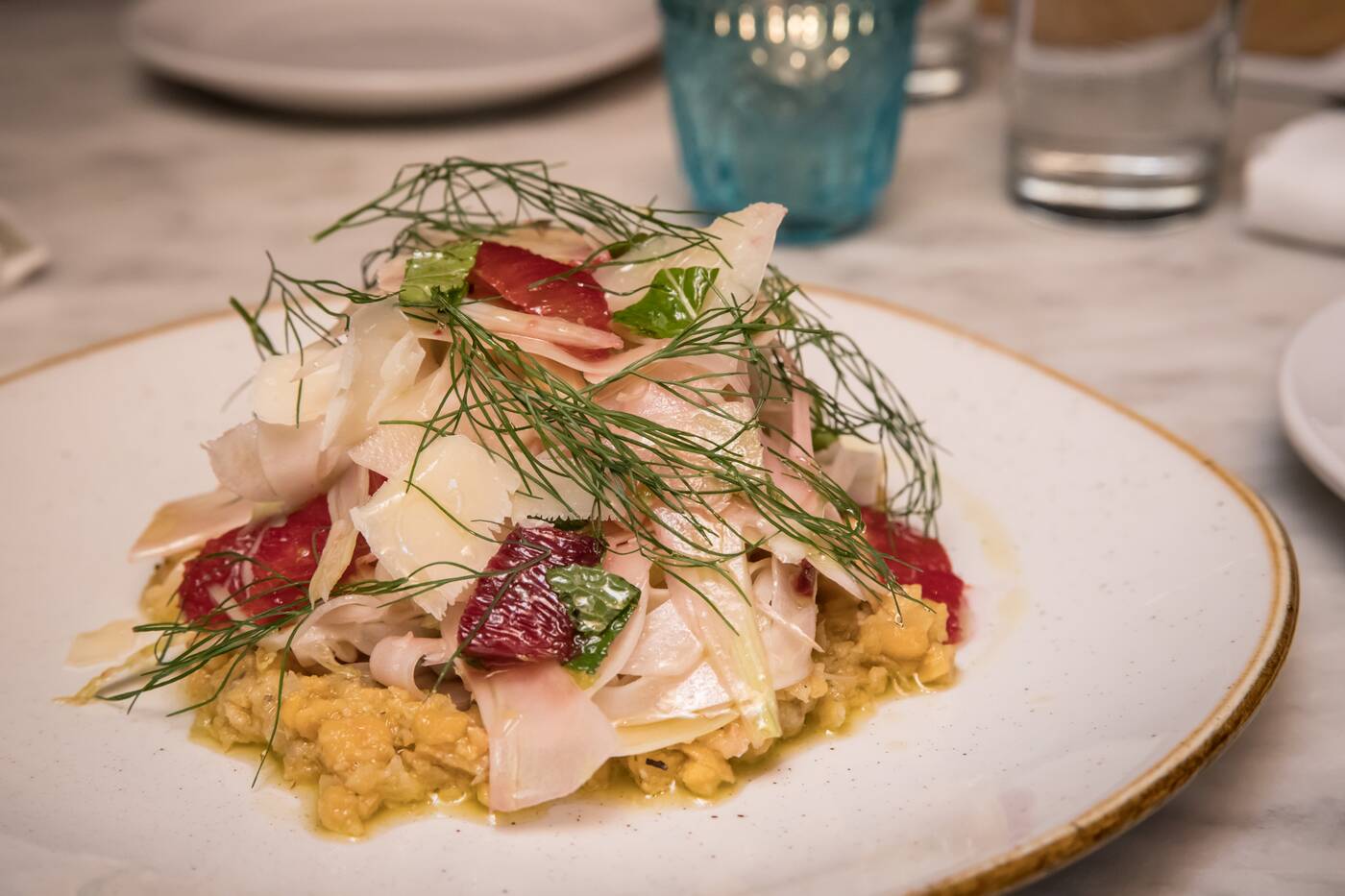 A blood orange and fennel salad ($15) is faithful to the classic bittersweet, juicy flavour combination, throwing in a slight rustic touch with a bed of chickpeas. Bonus points are awarded here for more cheese in this dish, sharp piave vecchio topping the ribbons of fennel and aromatic orange chunks dressed with a red wine vinaigrette. 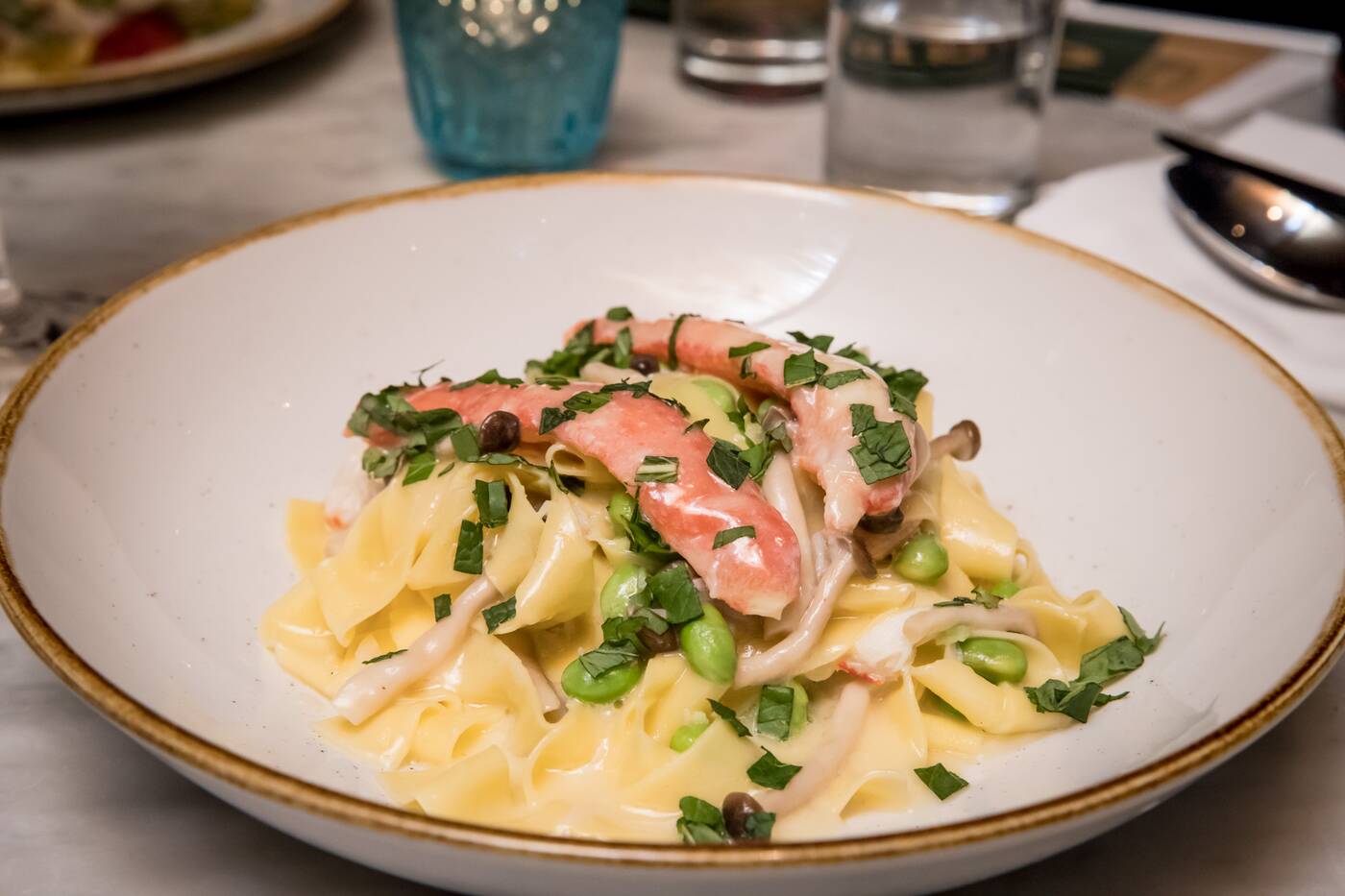 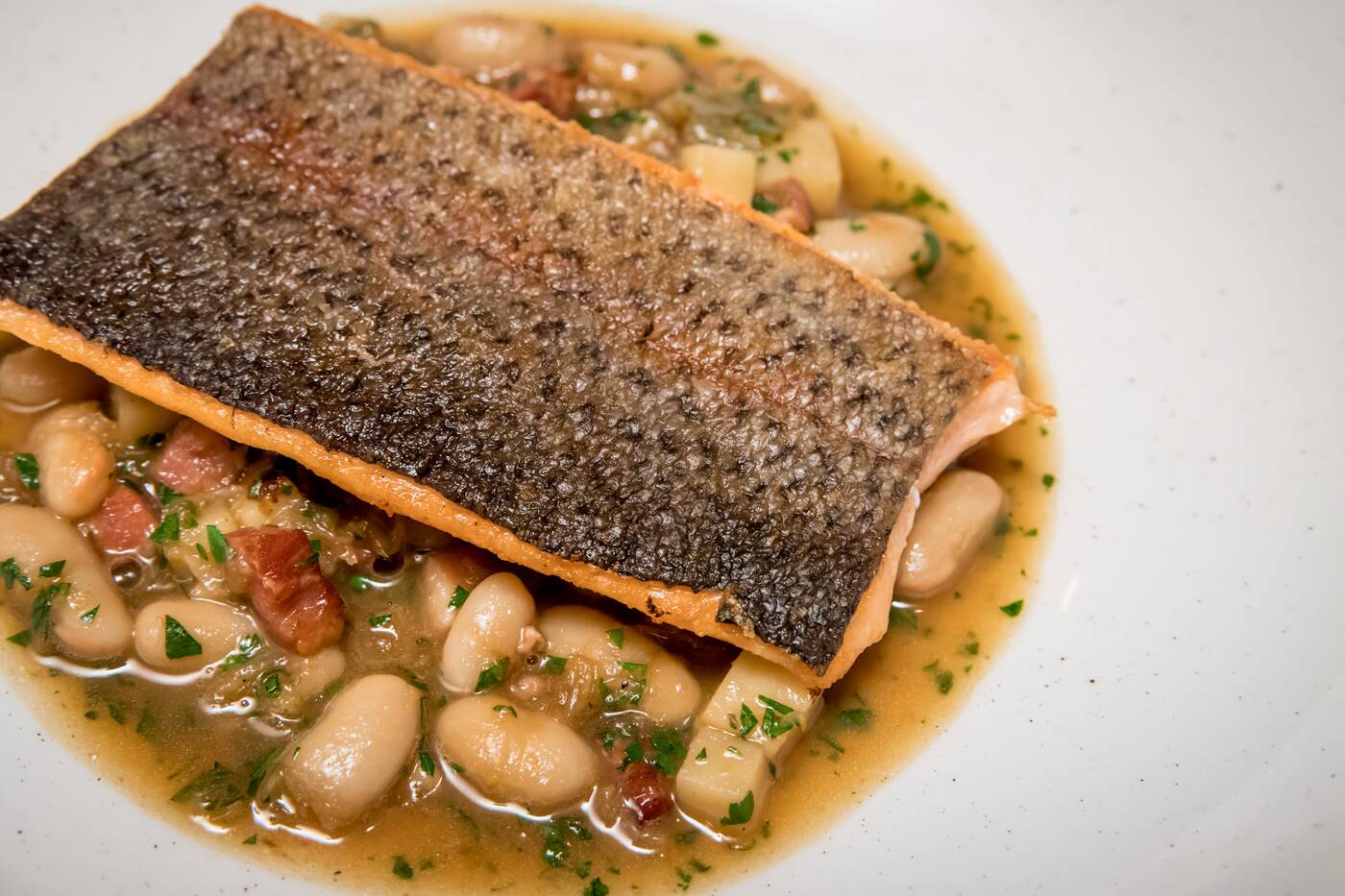 The stew is inspired by the Friuli region of Italy, which is close to Austria, hence the sauerkraut and potato. With just enough smokiness from the bacon, the refinement of this inspiration is comforting yet sophisticated. 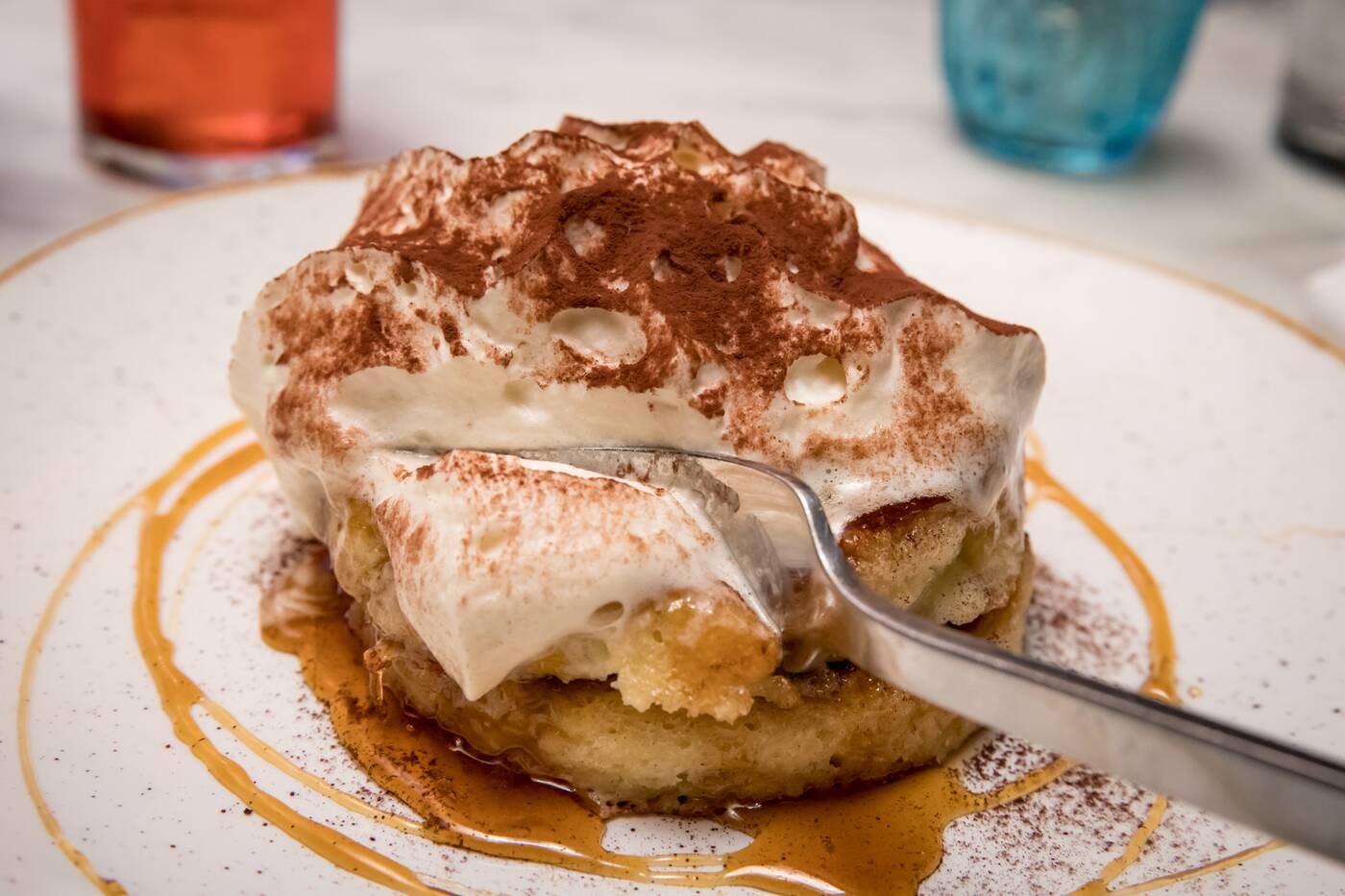 Tiramisu pancakes ($10) are a popular holdover from Commodore (thankfully they’re in an Italian vein). Geometrically round, fluffy cakes are so spongy and caramelized they’re almost like a cross between pancakes and French toast, topped with a cloud of rich mascarpone cream and ringed with an espresso syrup. 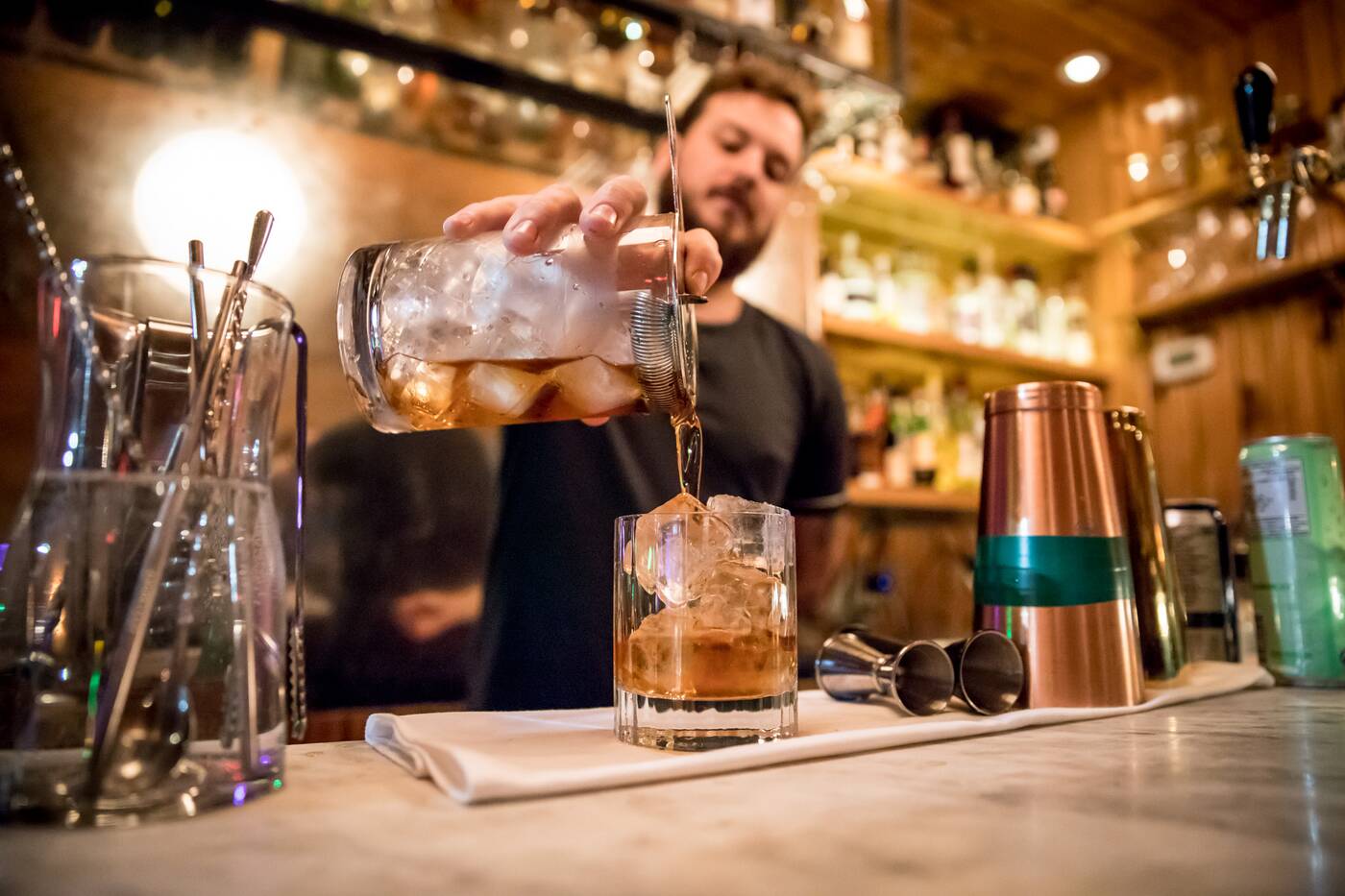 Cocktails are simple and approachable with an Italian backbone and a thoughtful “None of the Spirit, All of the Soul” mocktail section. 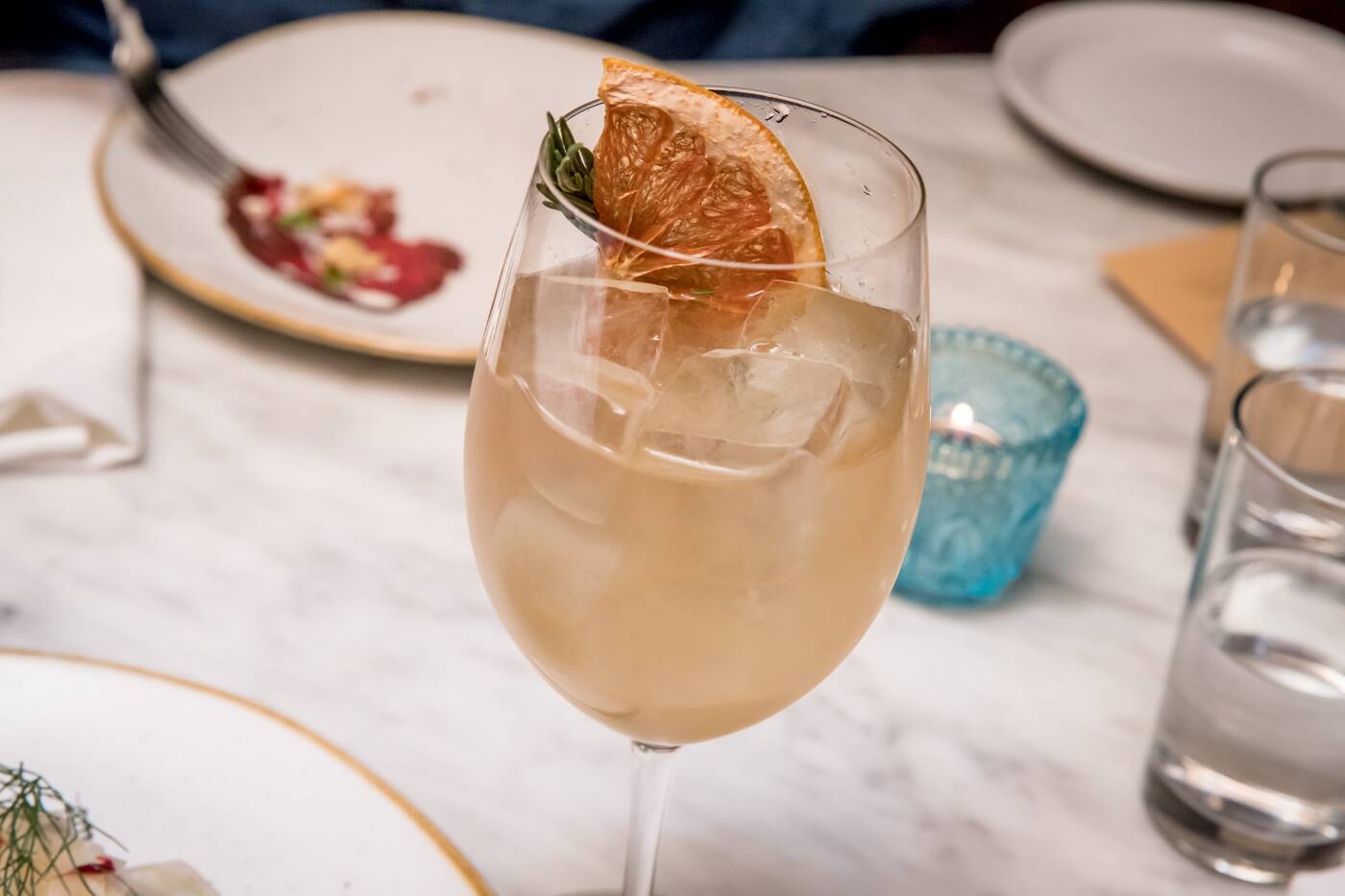 For example, the Hip to Be Square ($11) has a base of herby, gin-like Seedlip Garden, rounded out by agave, lime, sparkling apple soda and rosemary. 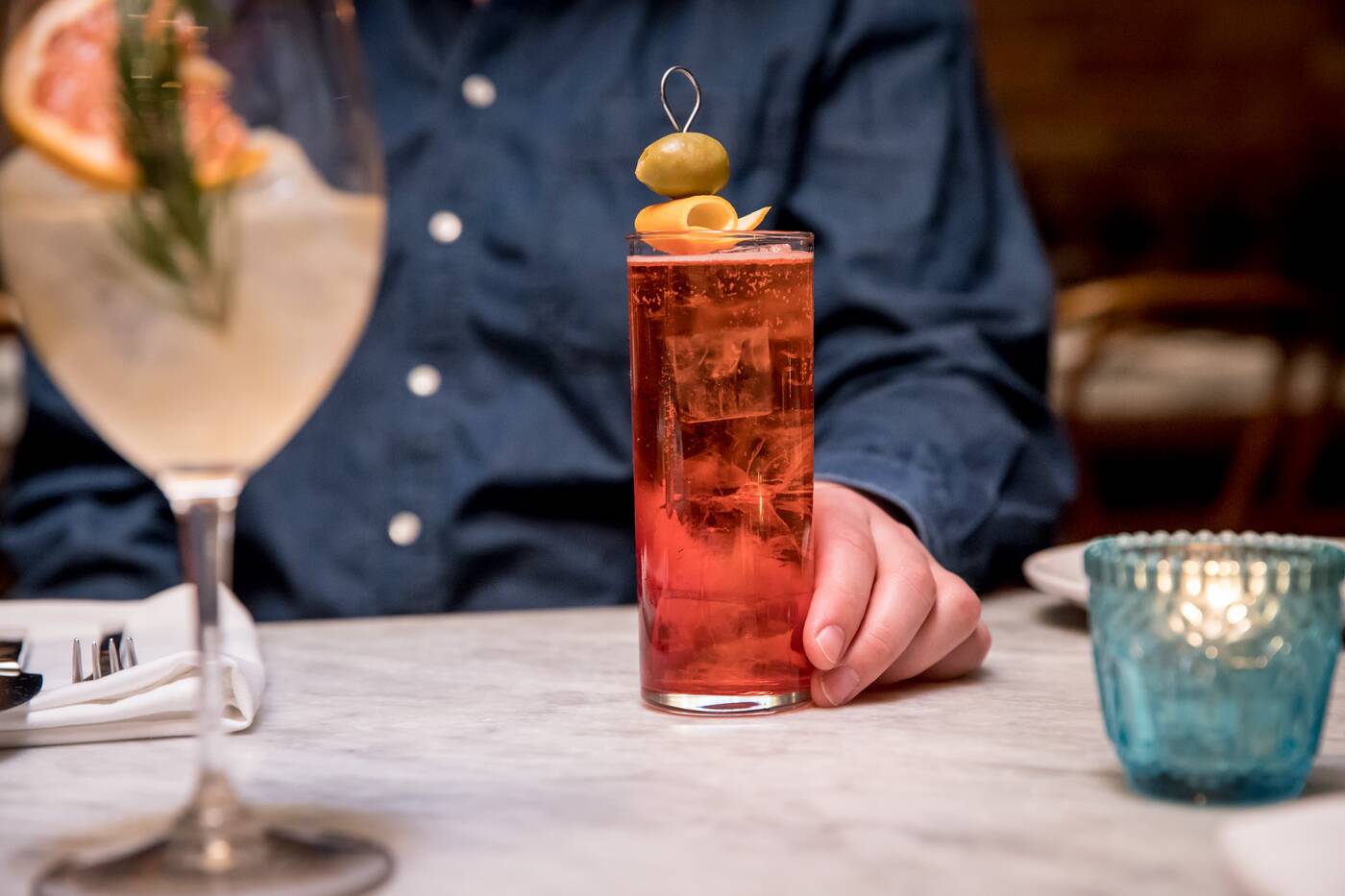 The 365 Spritz ($12) is essentially meant to be your go-to all-season refreshing cocktail, a combination of Aperol, Martini Bitter, Briotette Bergamote and fizzy prosecco, garnished with a large green olive and fragrant orange peel. 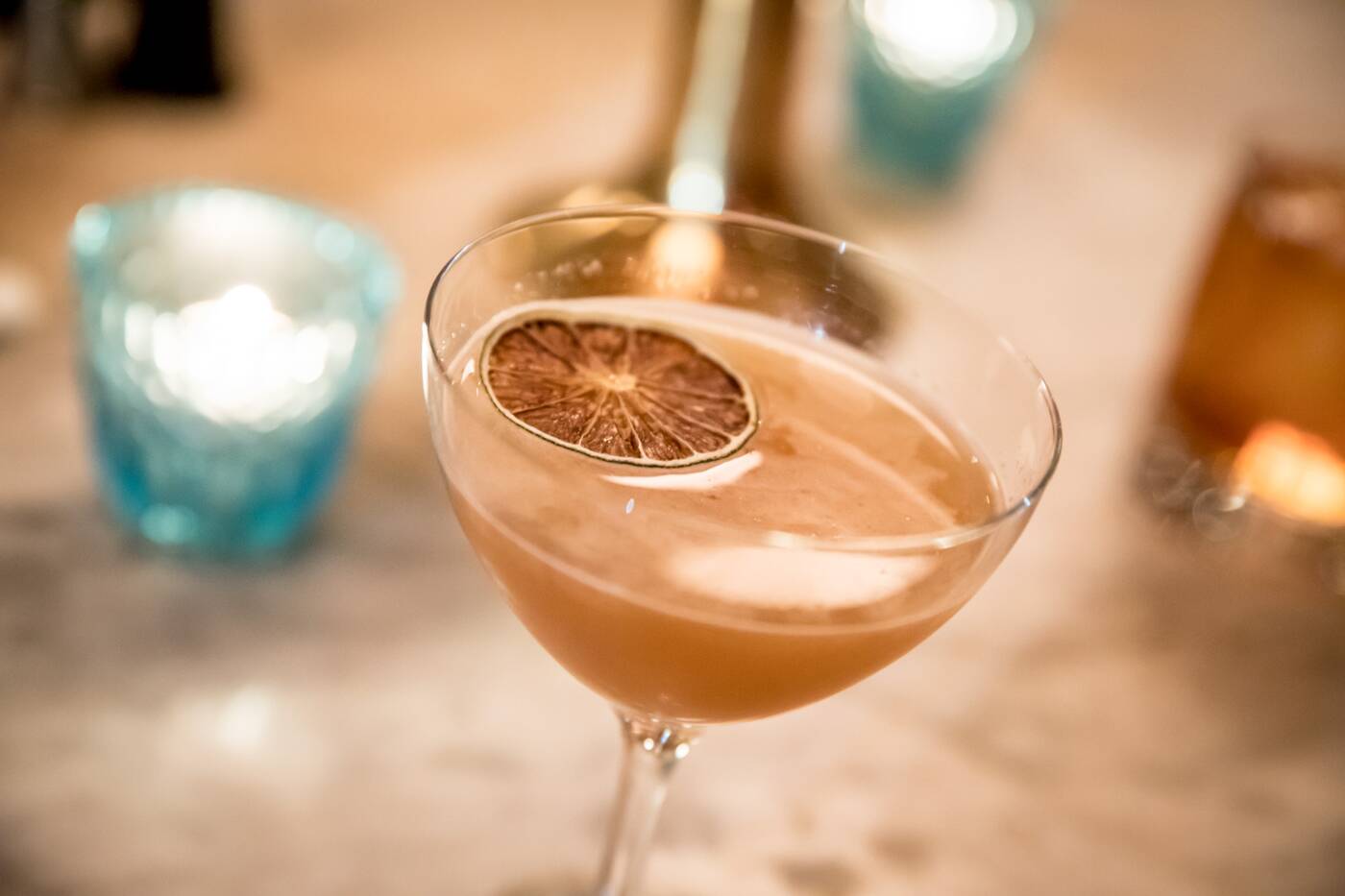 Punch or Kiss ($14) is like a fall daiquiri, combining Havana 7 Year, Bacardi 10 Year, Olorosso and lime and dressing it up with pumpkin-spice-y fig and cinnamon syrup and Ancho Reyes. 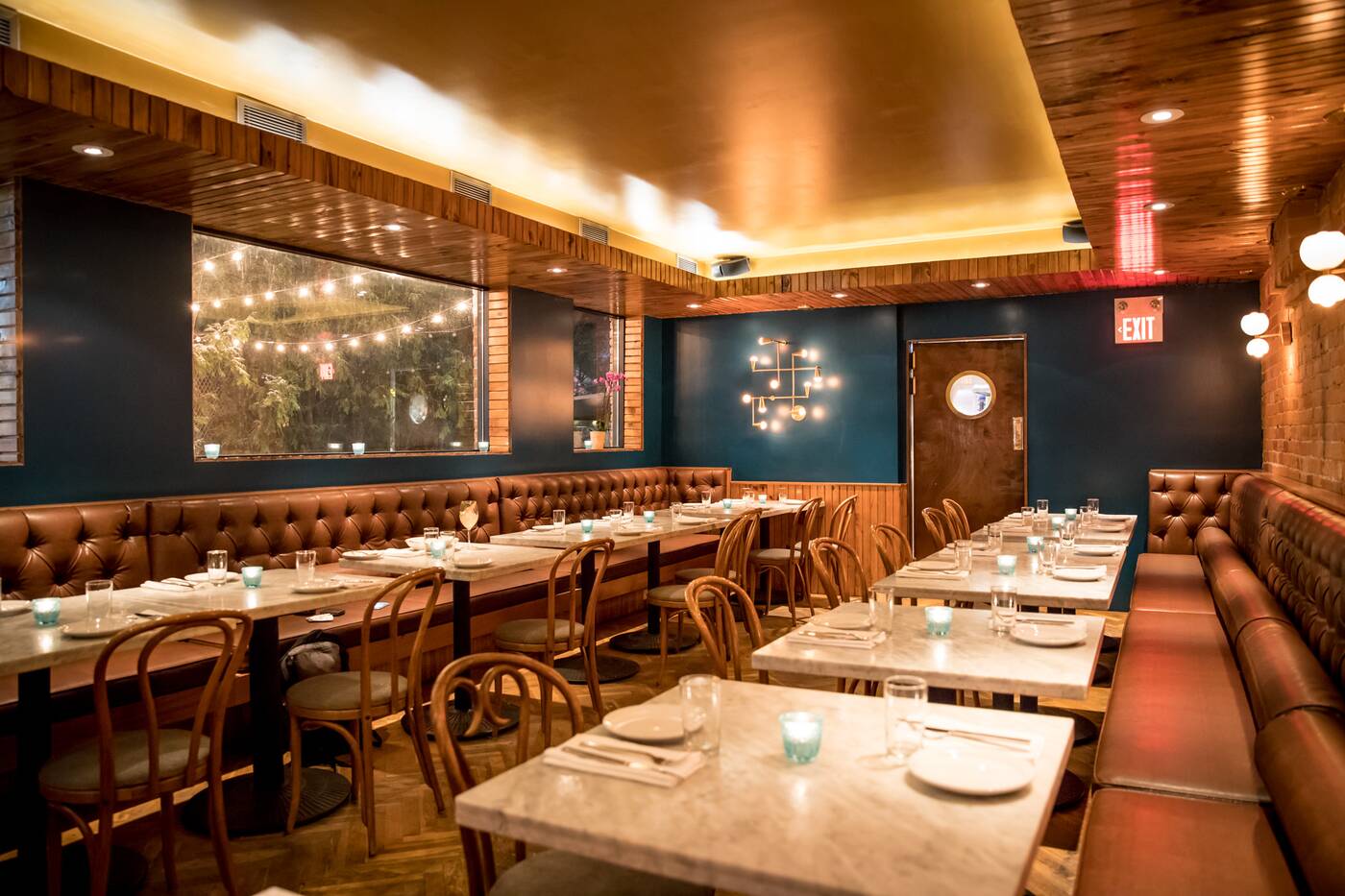 Imagery throughout the store is taken from Italian Scopa playing cards. They’ll utilize the side patio, having inherited Branca’s beloved grill. 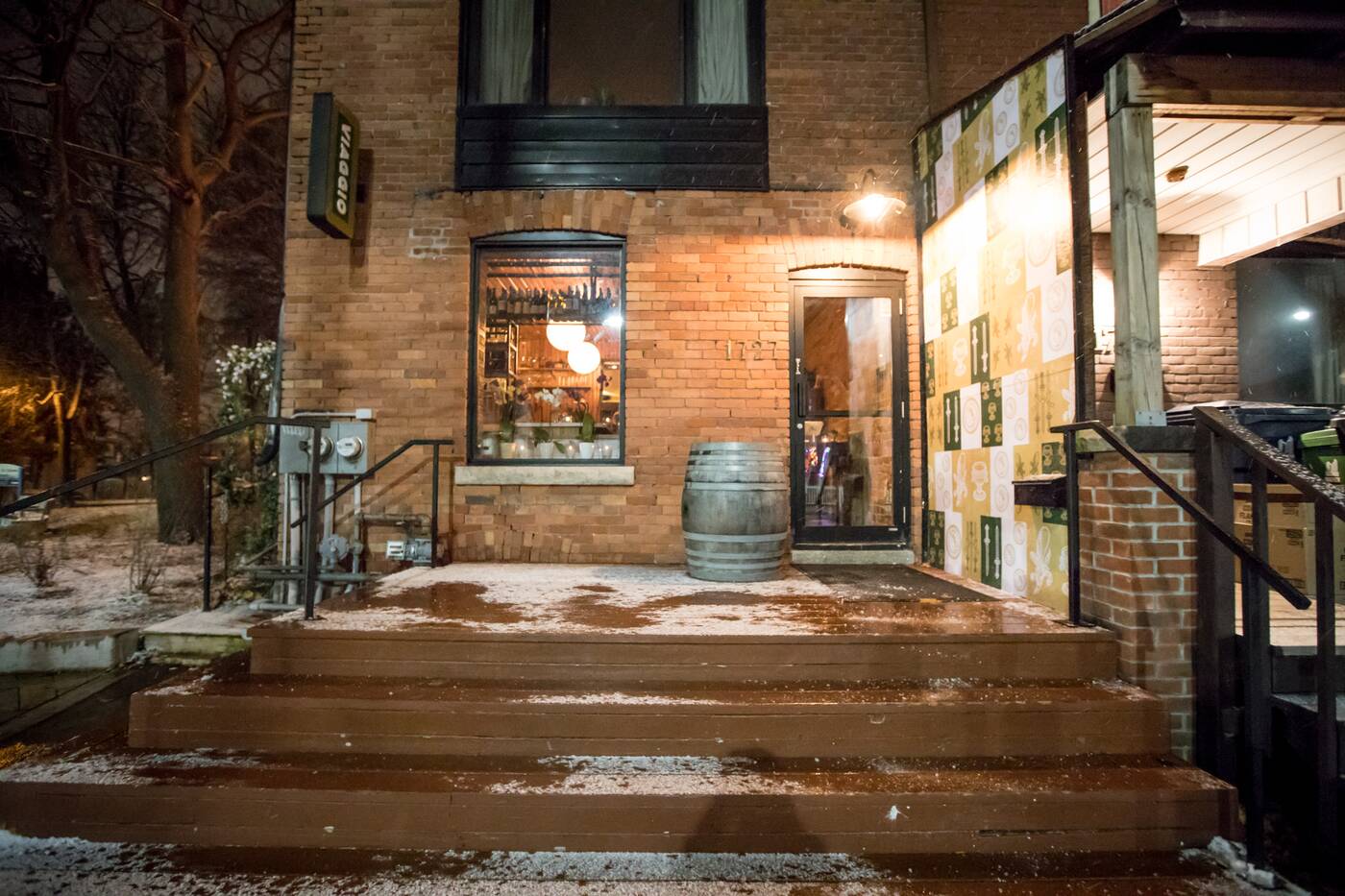