Toucan Taco Bar hasn't been getting a lot of positive buzz since it opened at the end of February. The Riverside restaurant is the product of Richard Henry who owns Le Canard Mort down the street. In a bit of an odd development, he decided to transform his previous restaurant in this space, Le Rossignol , into something that's I suppose more on trend than French cuisine; and offer the Le Rossignol menu at Le Canard Mort instead.

While French bistros (and Mexican cantinas for that matter) are know for their ambiance, Toucan Taco Bar has nothing of the sort. The decor is bland and "un-Mexican", there's no music and, I hate to say it, almost no hospitality. 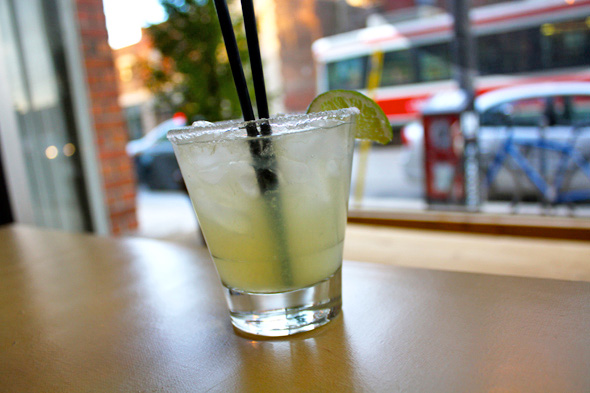 We started with what turned out to be the highlight of the meal, a pair of stiff lime margaritas ($9). Served on the rocks, the cocktails had a hint of lime, a lightly salted rim and potent tequila that went straight to my head. The lime (or mix) was definitely on the light side as the drink tasted almost like a straight up shot. 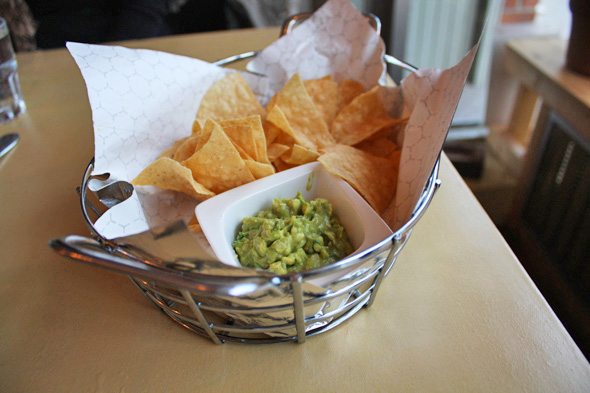 To balance the tequila we ordered Mexico's favourite appetizer - guacamole and chips ($5). The tortilla chips were standard but delectable and the guacamole had a smooth texture full of flavour with hints of cilantro and onion that did not overpower. 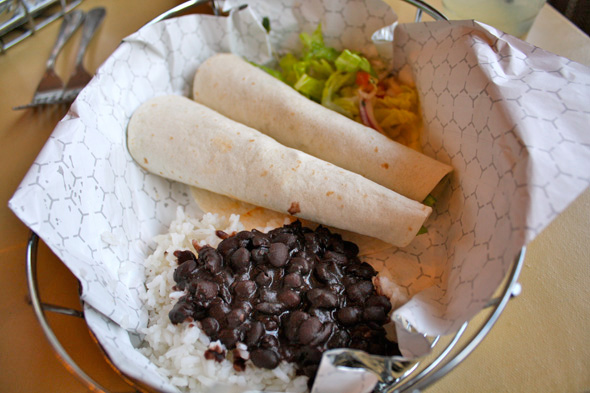 Next came the mains - pulled pork tacos ($10) and a blackened catfish burrito ($11). Two tacos came gently wrapped in soft corn tortillas and stuffed with ancho (chili) and raw cactus. The cactus had a sweet taste (when cooked it turns sour) and was a nice foil to the spicy ancho. The pork, unfortunately, was on the skimpy side and fatty as well. The side dishes didn't offer much respite. Salad was basically plain iceberg lettuce with a dash of unidentifiable dressing and the black beans resembled mushy cardboard pellets slopped on top of sticky white rice. 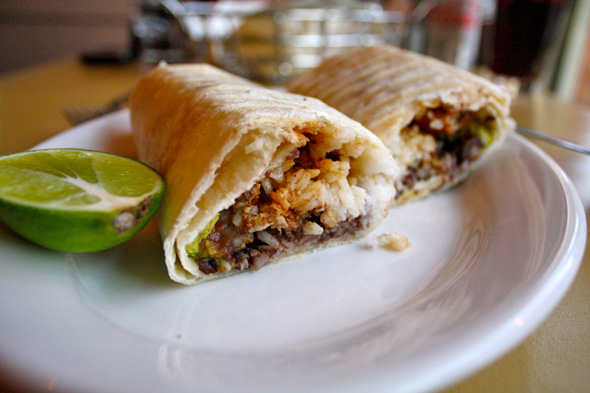 The blackened catfish burrito was even more of a let down. Served cold, it was wrapped in a standard soft white flour tortilla and offered up Mission style - but without any of the nice grill marks that are the hallmarks of Toronto-style burritos. The fish, while cold, was seared to juicy perfection but there wasn't much of it. By my third bite I was basically just eating bland rice, salsa and guac. The yellow mole promised on the menu was almost nowhere to be found.

The cold food and skimpy portions could almost be chalked up to an off night for the kitchen but there was nothing redeeming about the poor service. The table next to ours made the mistake of asking what the daily specials were to which the waitress curly replied "I don't know about the specials - read the board." 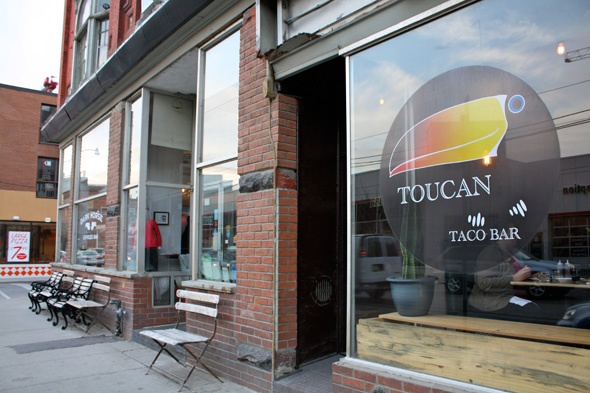 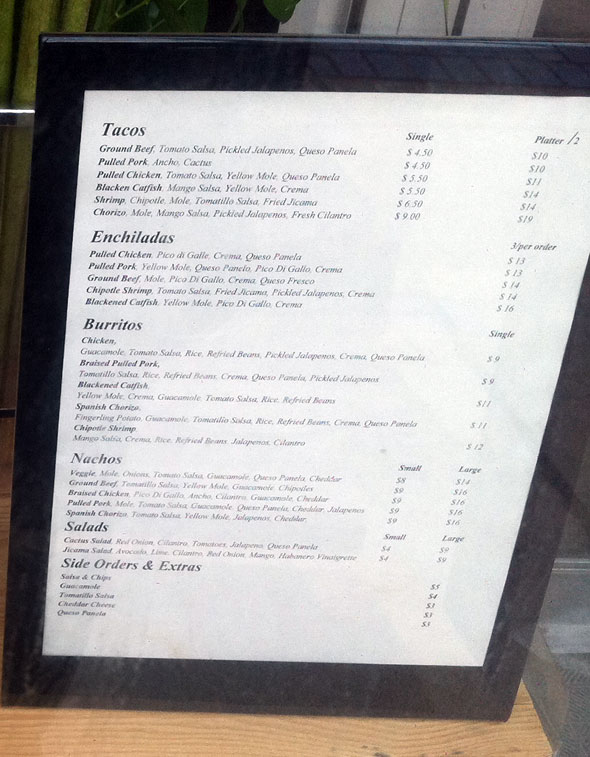