Toronto Island BBQ & Beer Co. is a sprawling two-tiered restaurant right off the water's edge on Centre Island. Just steps away from the pier, it easily has one of the best views of Toronto's downtown skyline.

Formerly the Island Cafe, this coveted Centre Island real estate is in the midst of yet another transformation: by next year, it will officially be the Toronto Island Brewing Co., with grand plans for an onsite brewery, 600-person beer garden, BBQ pit, and revamped patio. 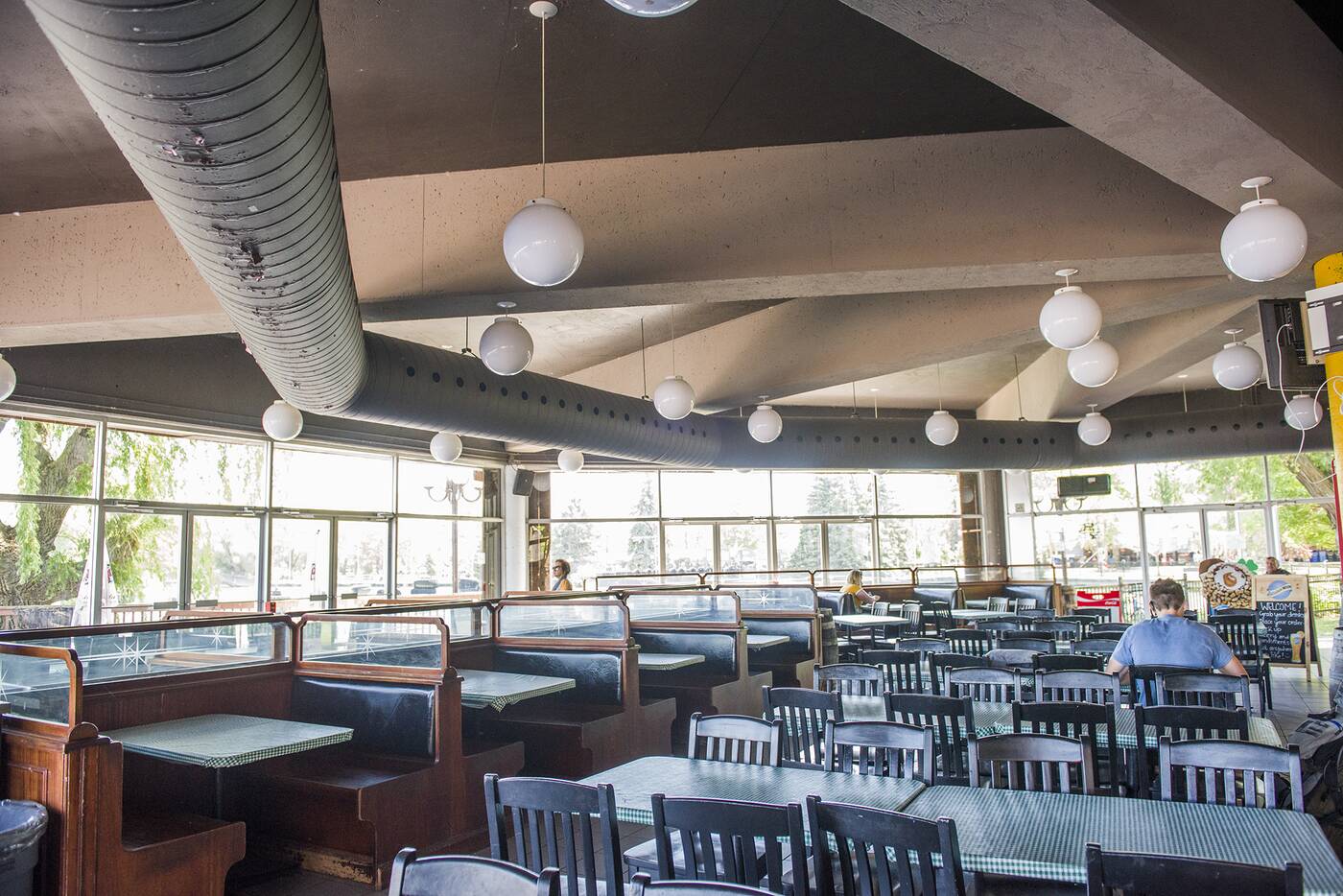 In the meantime, however, the restaurant still functions as Toronto Island BBQ & Beer Co., a restaurant that has yet to come into its own but still offers – in true island fashion – all the necessities of a reliable summertime lakeside haunt. 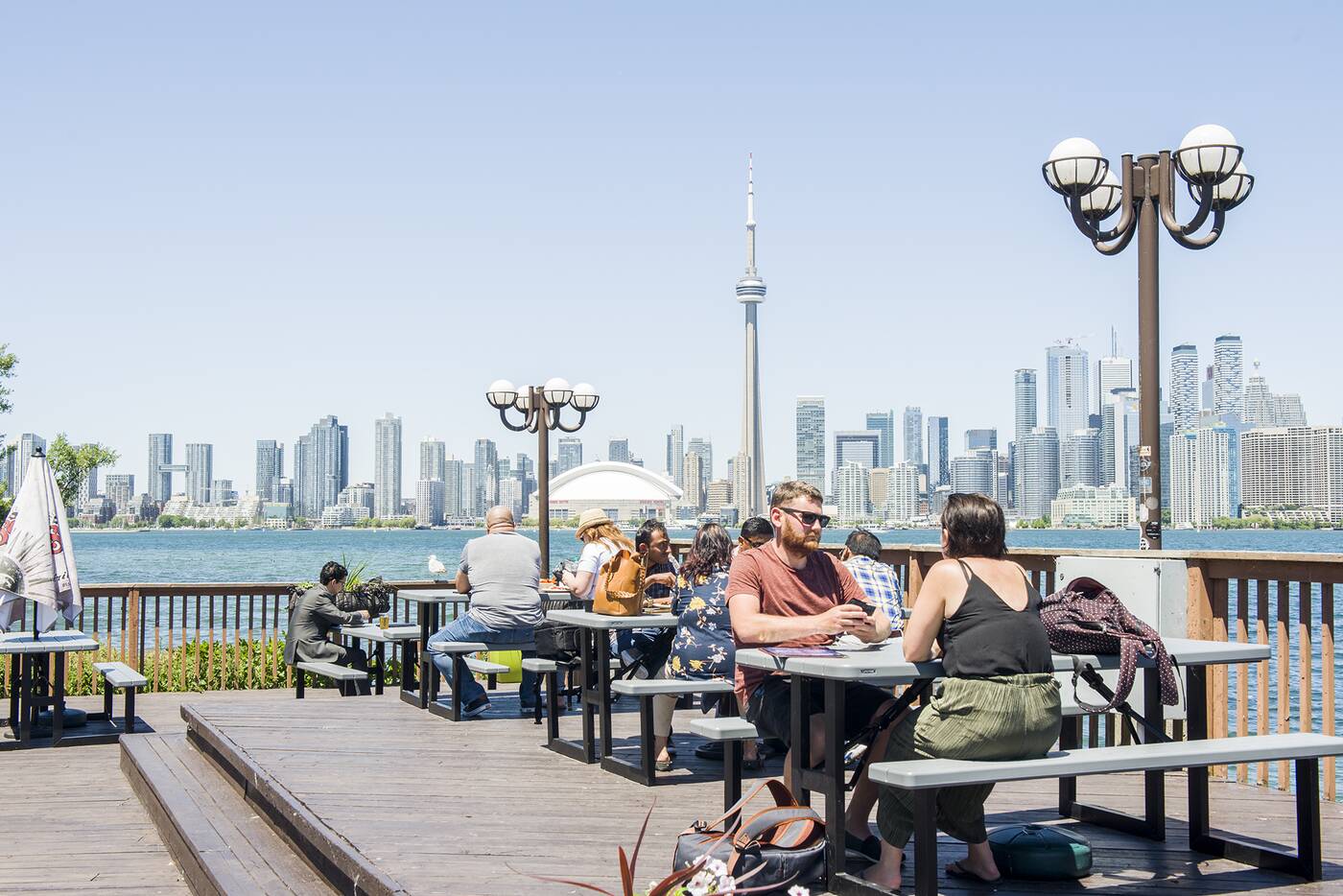 The main attraction of this restaurant is its vast patio. Equipped with picnic tables and umbrellas, and most importantly unbeatable vistas of Toronto from across the lake, it's the perfect summertime setting for a day on the island. 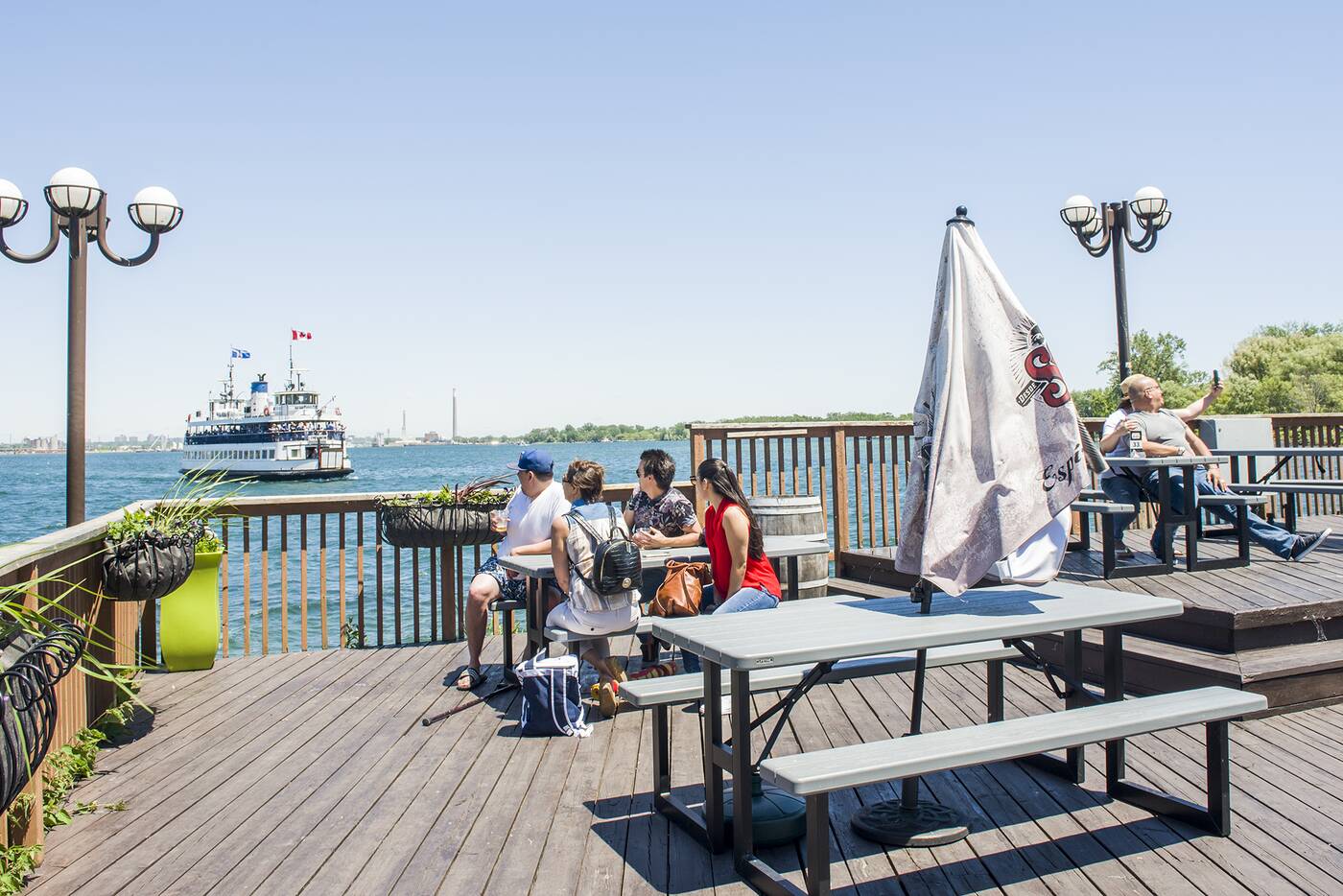 Make your order at the cash register inside and take a number – your meal will be delivered to where you're sitting (on the patio, obviously).

While it's exciting to imagine the promised upgrades to this humble deck – including Muskoka Chairs, cabanas, possible fire pit, hanging lights, and hopeful activation of the rooftop patio (currently unused) –the patio is still pretty enjoyable as it stands right now. 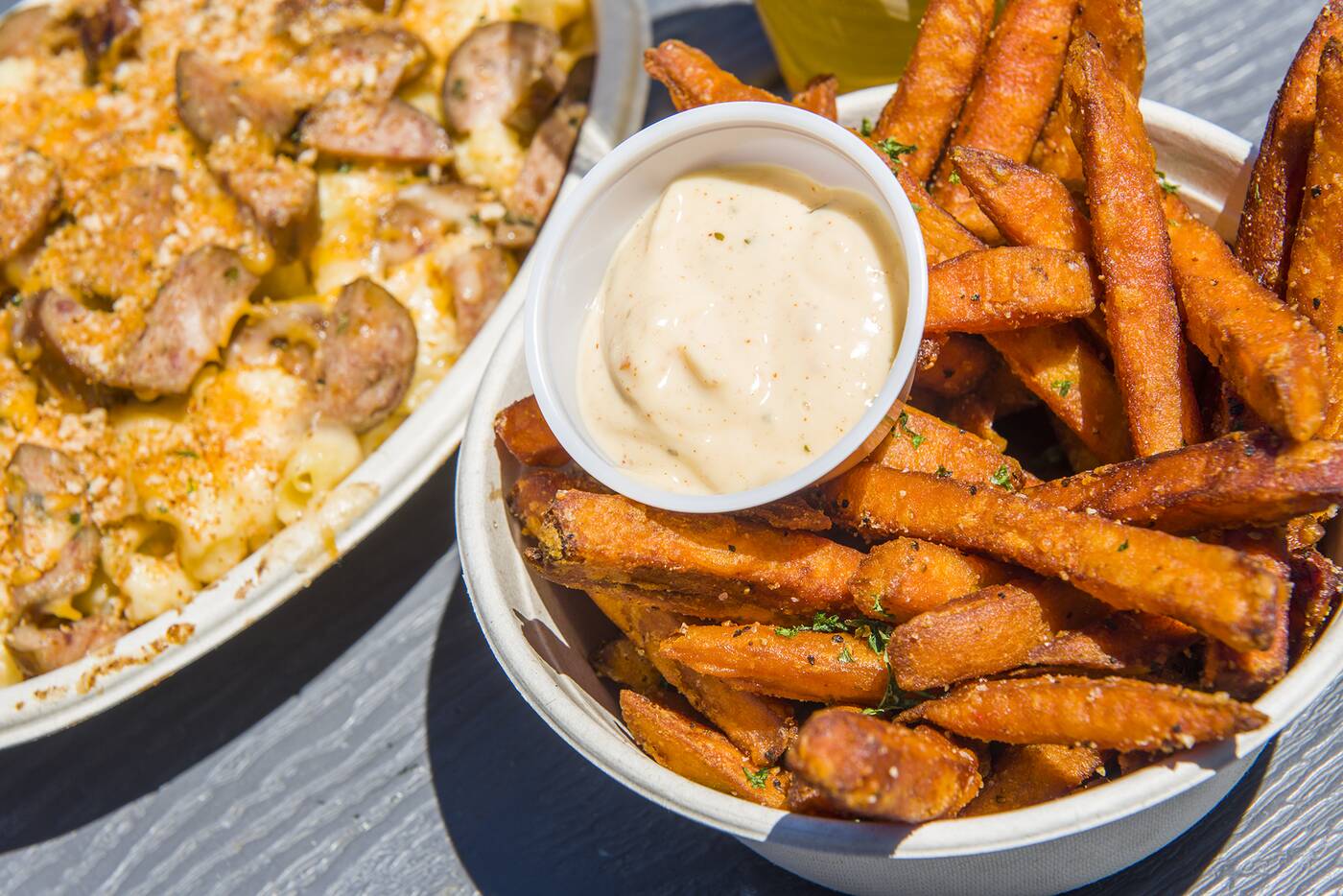 The menu here consists mostly of smoked meats and burgers, with kids options and classic southern desserts like pecan or key lime pies ($7.99 each). 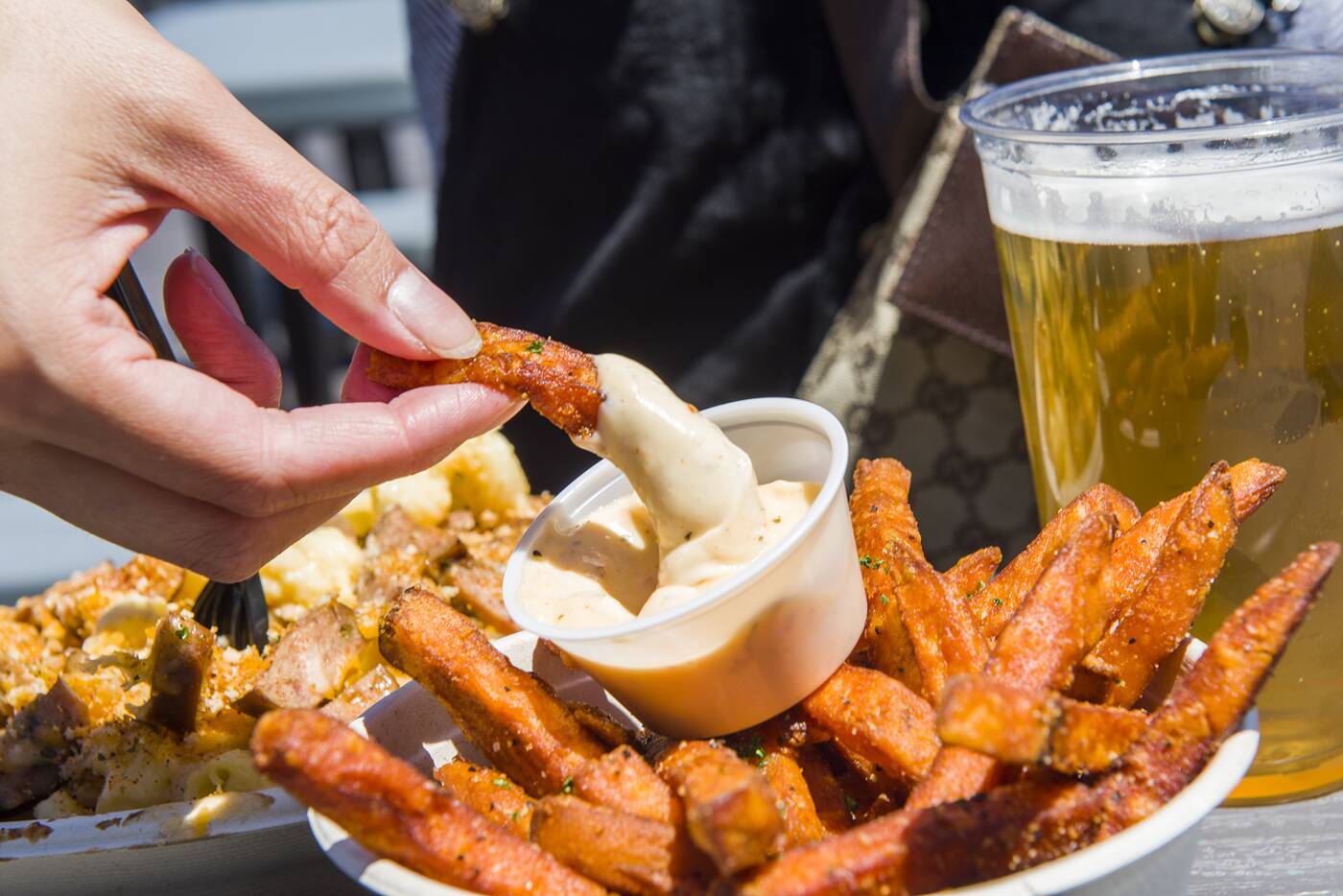 As its future name suggest, Toronto Island Brewing Co. is in the process of designing a new barn-style building to house its future brewery, with eight brews like the Hanan's Nude Peach Radler (cheeky) and Ferry Boat Craft lager slated for the tanks. 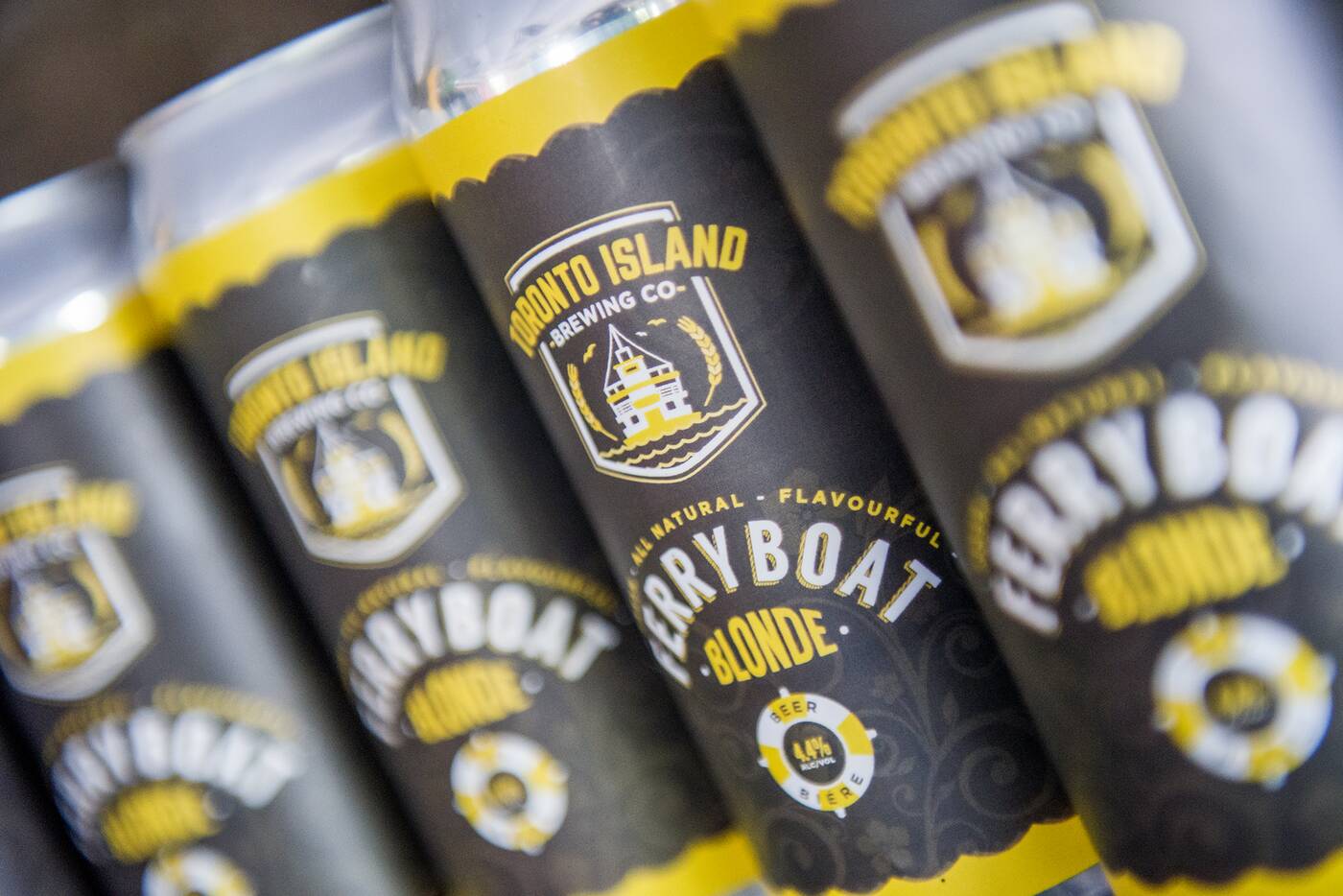 They're beers to look forward to: Gord Slater, formerly of Muskoka Brewery and Niagara Brewing Co., is the brewmaster here, and a sample of one their small batch Ferry Boat cans is promising. 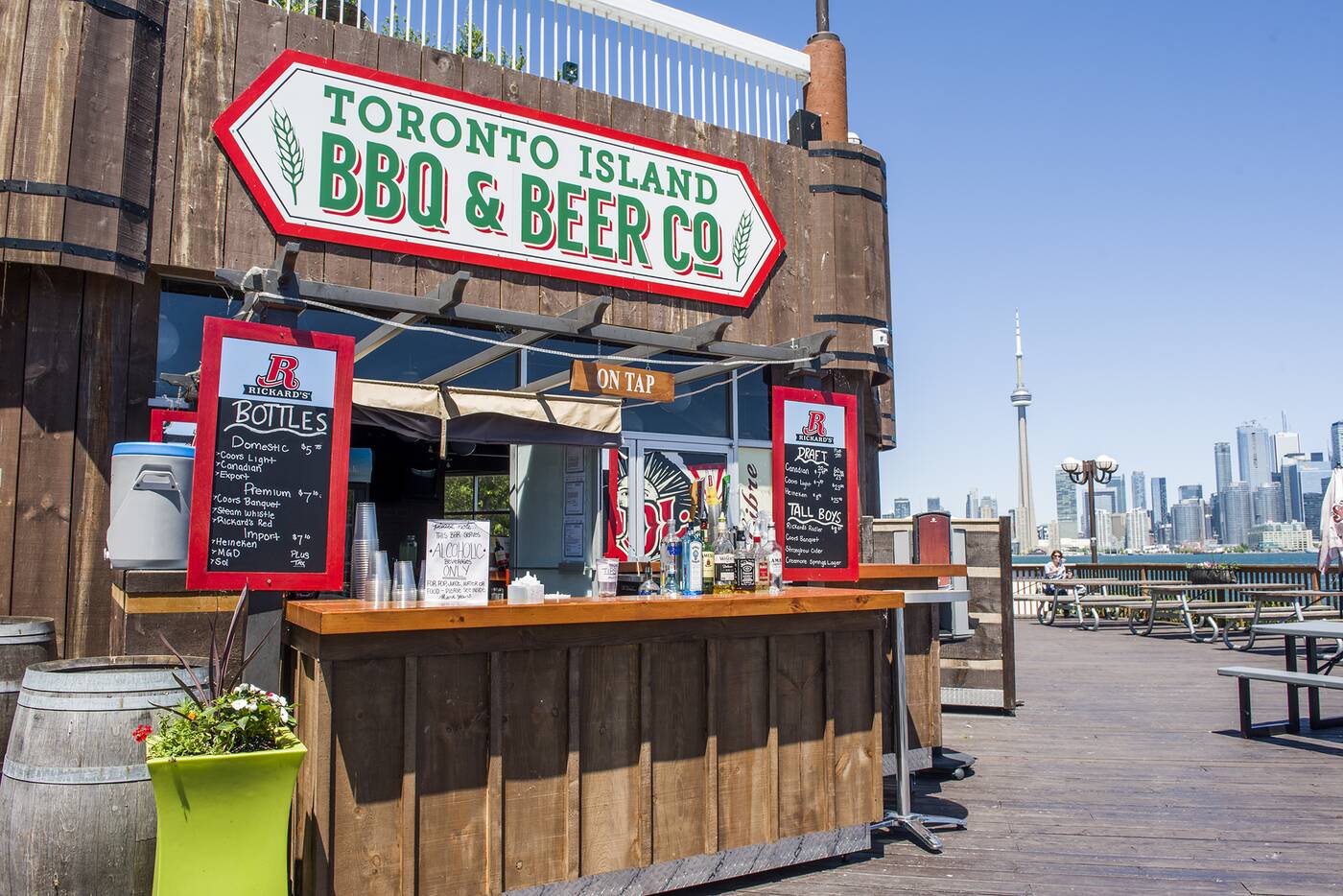 For now, all Toronto Island Brewing Co. has in terms of beer is a small patio kiosk pouring pints of basic domestics ($7.97) and Heineken ($8.41), bottles, and tall cans ($8.85) of brews like Rickards Radler. 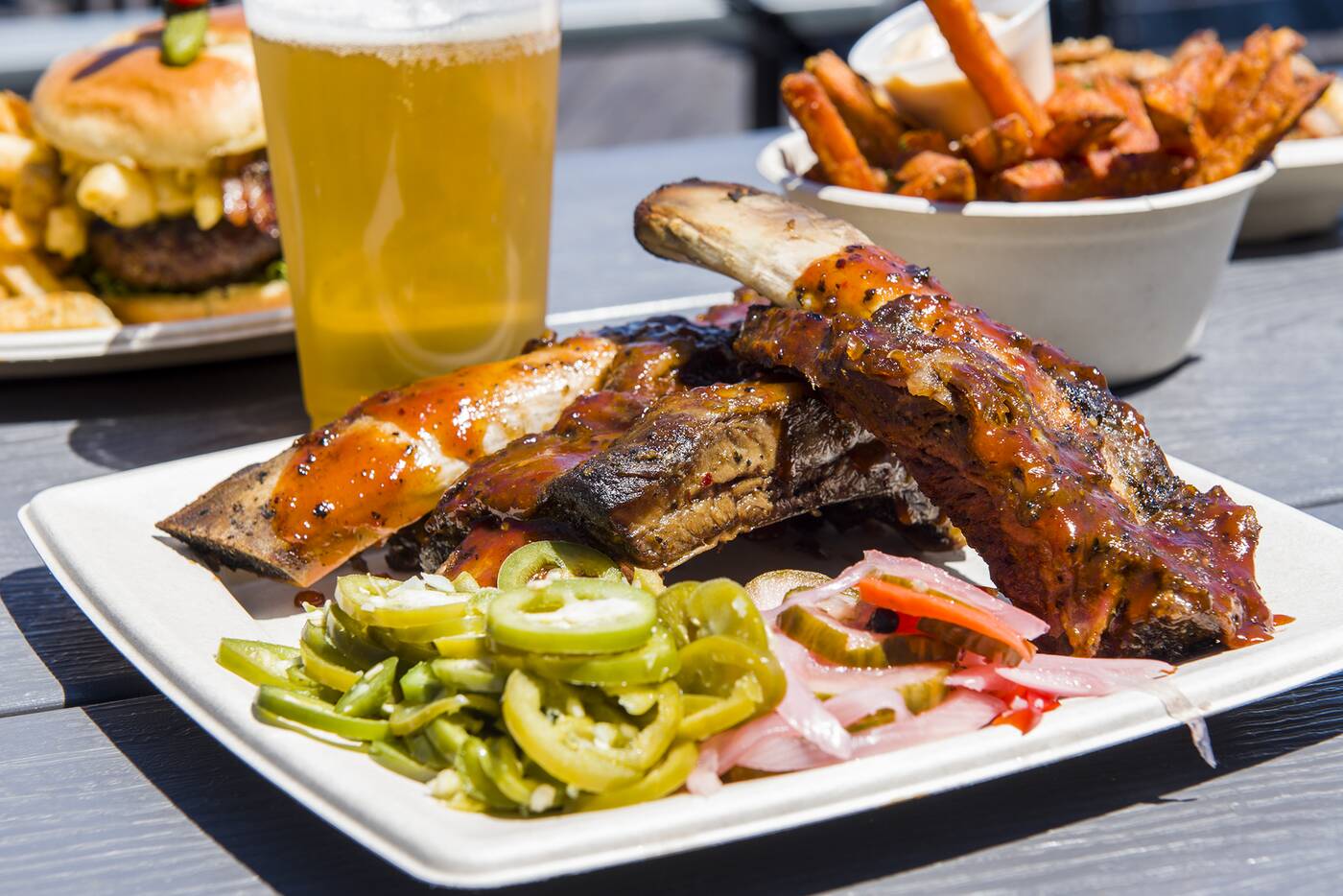 You can't have southern-style meat without beer though, so we pair it with the smoked beef back ribs ($23.99) which come with three bones and a sizeable side of jalapenos and pickled veggies. 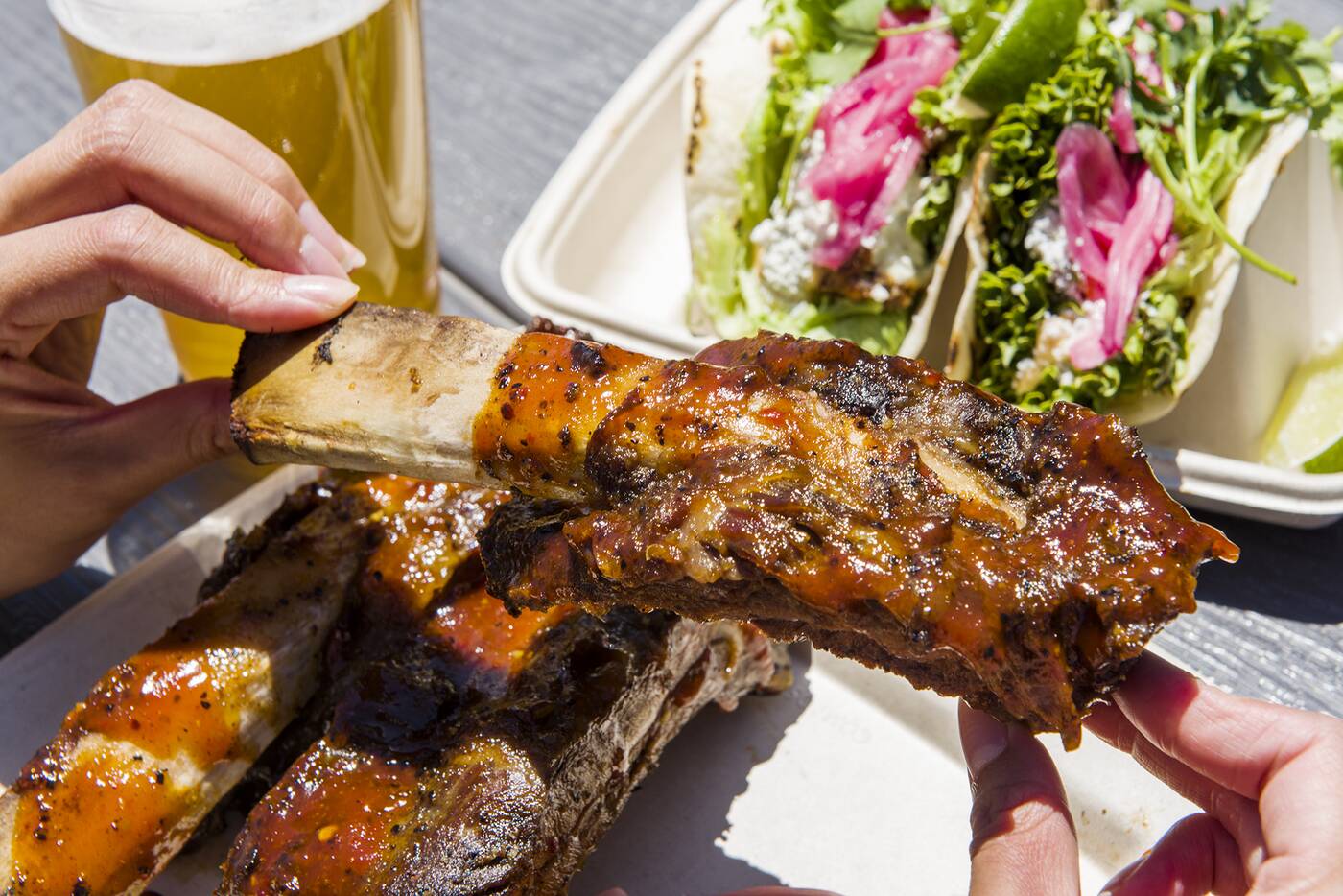 The usual process of dry rub, slow-smoking (up to seven hours) and brushing with a BBQ glaze lends to tender, saucy meat.

The sweet potato fries ($8.49) are great; cut thicker than your usual yam fry, it's served with roasted red pepper chipotle dip for an addictive side. 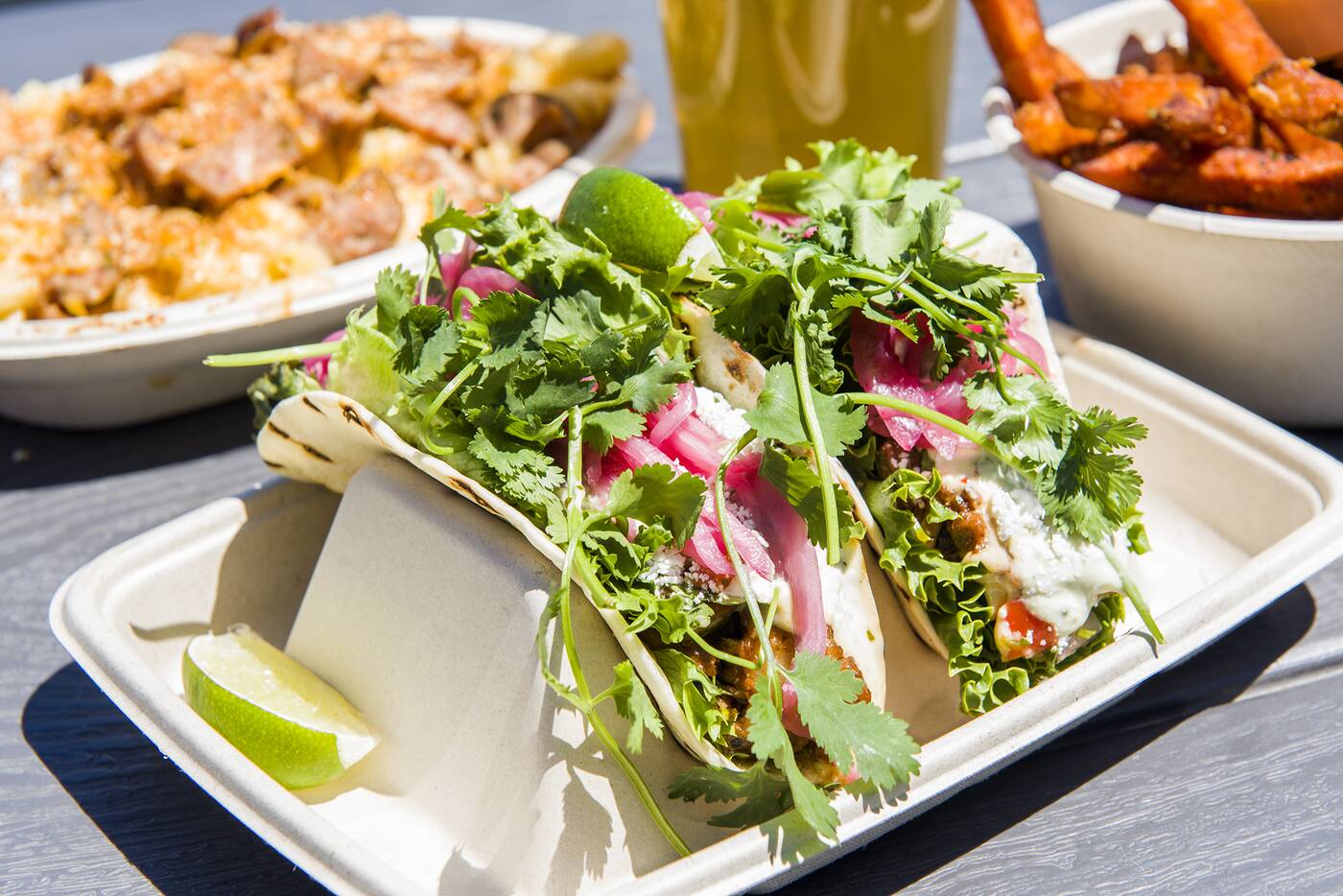 The BBQ brisket island smoked tacos ($2.99) while enjoyable is not a standout. Arriving in a pair, you can also get it filled with other options like pulled pork, crispy chicken or smoked candied salmon. 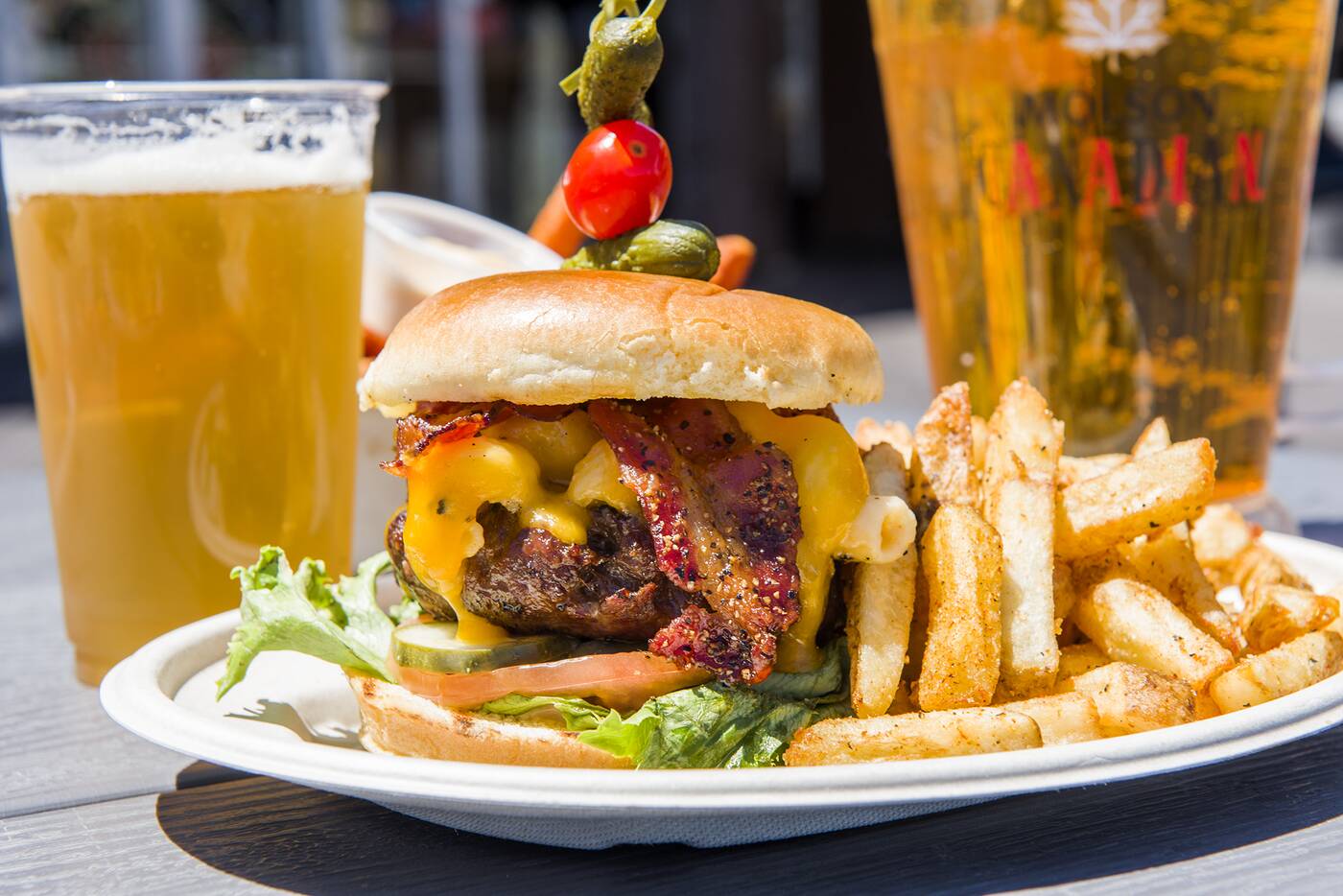 A fun concept is the MC burger ($17.49), a burger with mac and cheese, peppered bacon and some smokey ketchup on buttered buns. 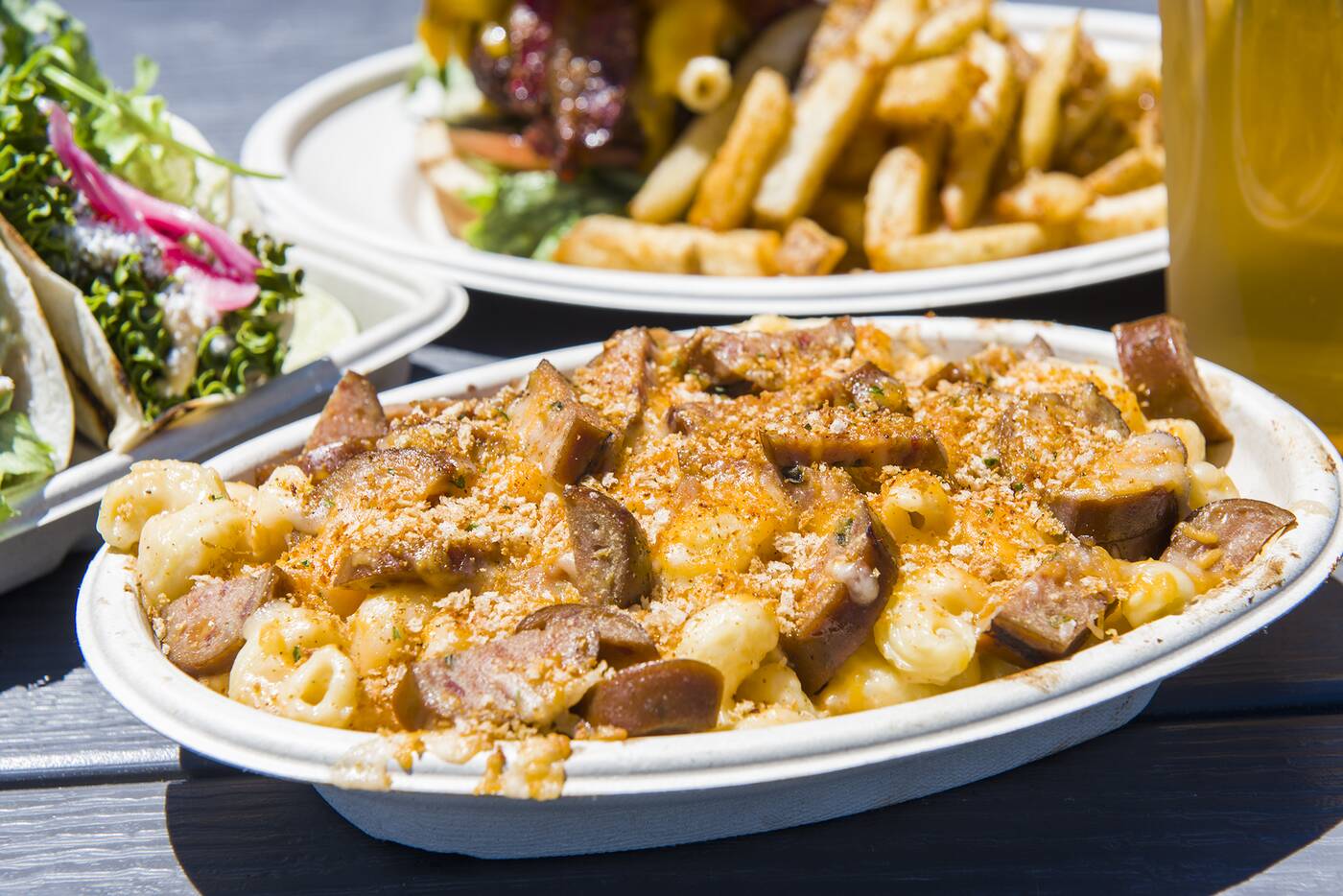 Mixed with four cheese sauce and topped with panko, it's an appropriate accompaniment to any day drinking that good island weather usually invokes. 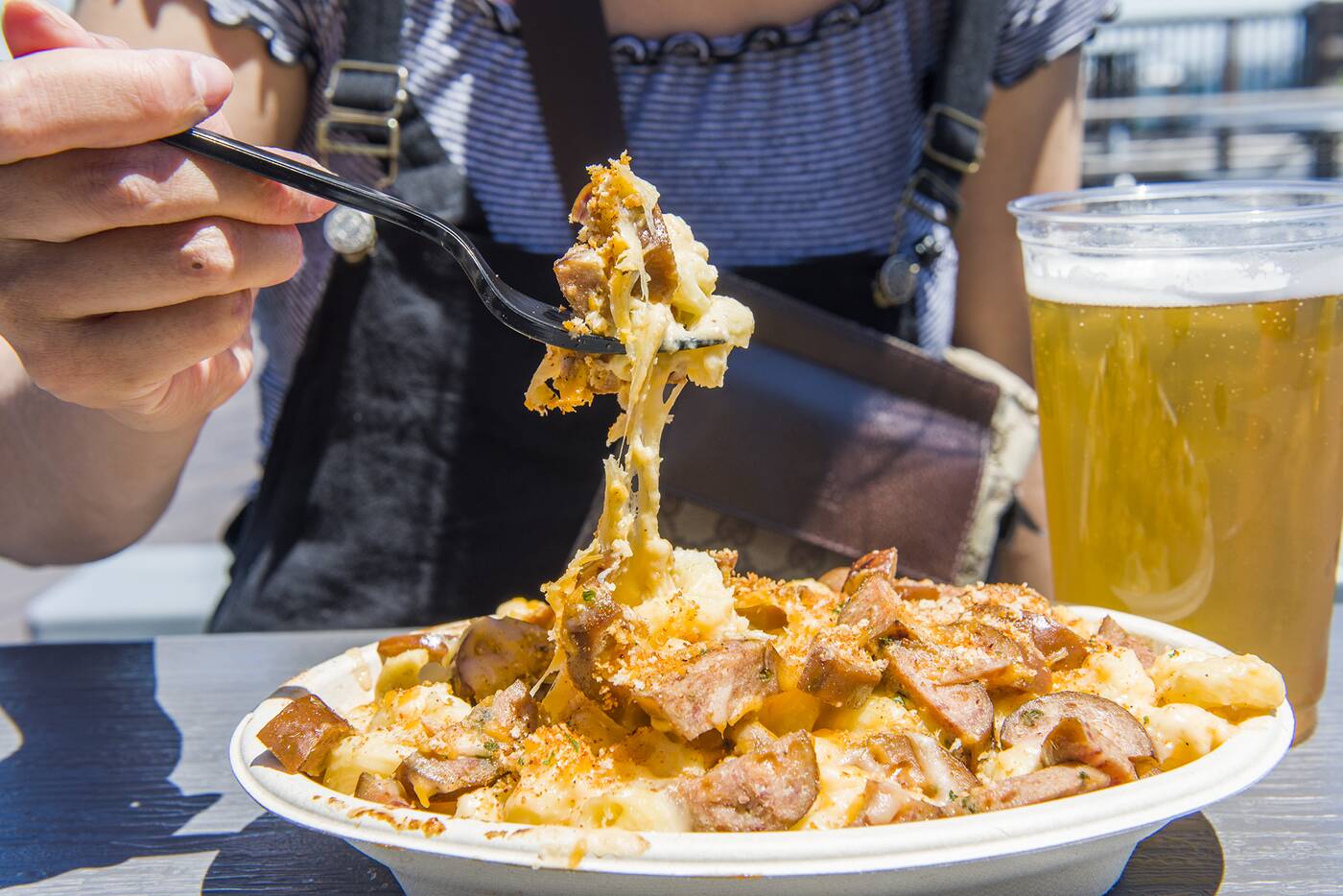 There's no doubt that this restaurant has all the space necessary to become the lakeside brewery we've all been waiting for (with rumours of a direct private ferry right from harbourfront) but it's pointless to ruminate on potential when changes are right around the corner.

Until next year, those with better capacity to live in the now should be more than happy with what Toronto Island BBQ & Beer Co. offers as it stands: a view of the city that's priceless. 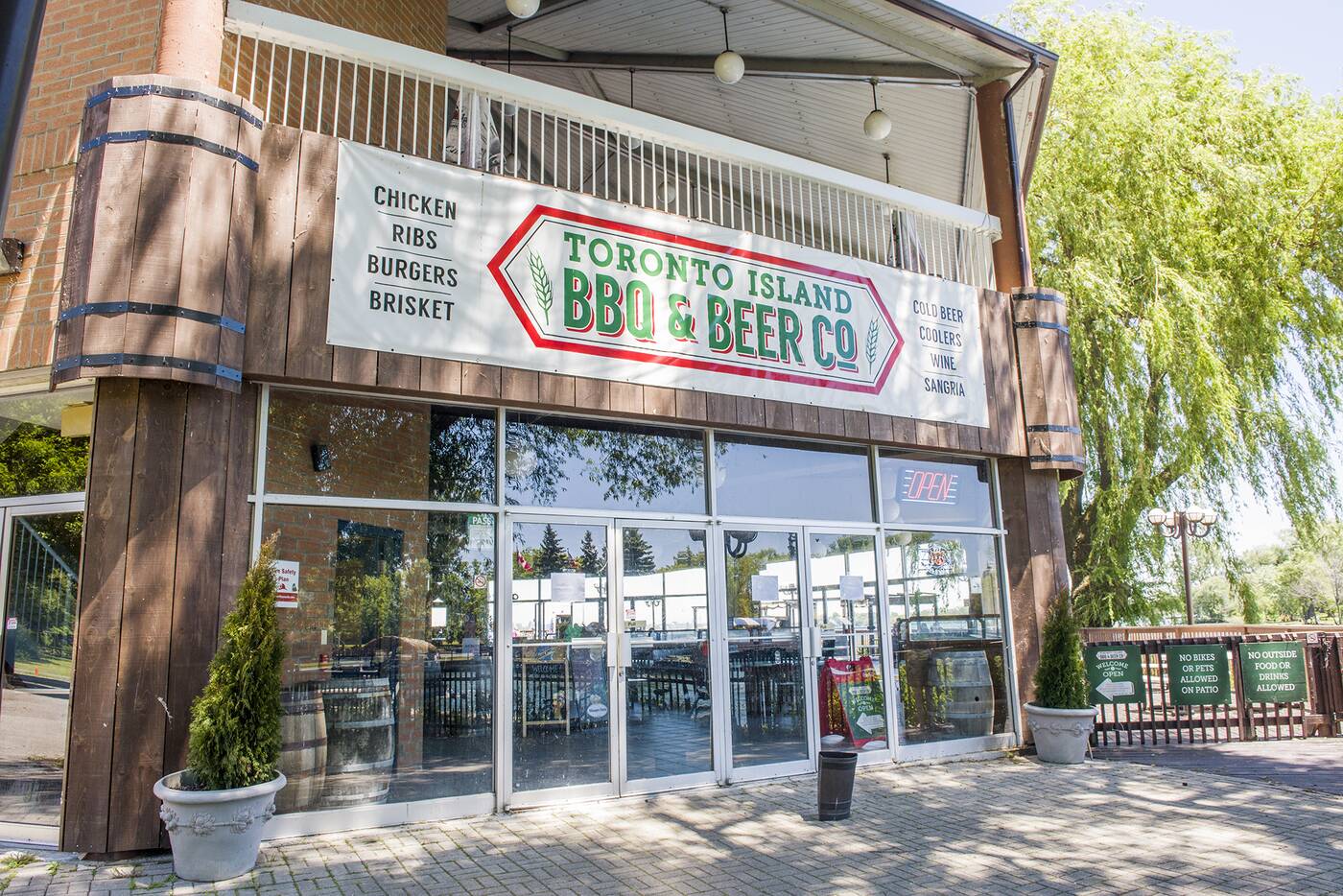