Topol Sandwich’s massive and fully loaded subs give the other sandwich spots in Toronto a run for their money.

Topol translates roughly to "filling" or "fat" in Farsi. And that's a fairly accurate description of these sandwiches that are packed with a variety of halal deli meats and cheeses. Some even weigh up to two pounds. 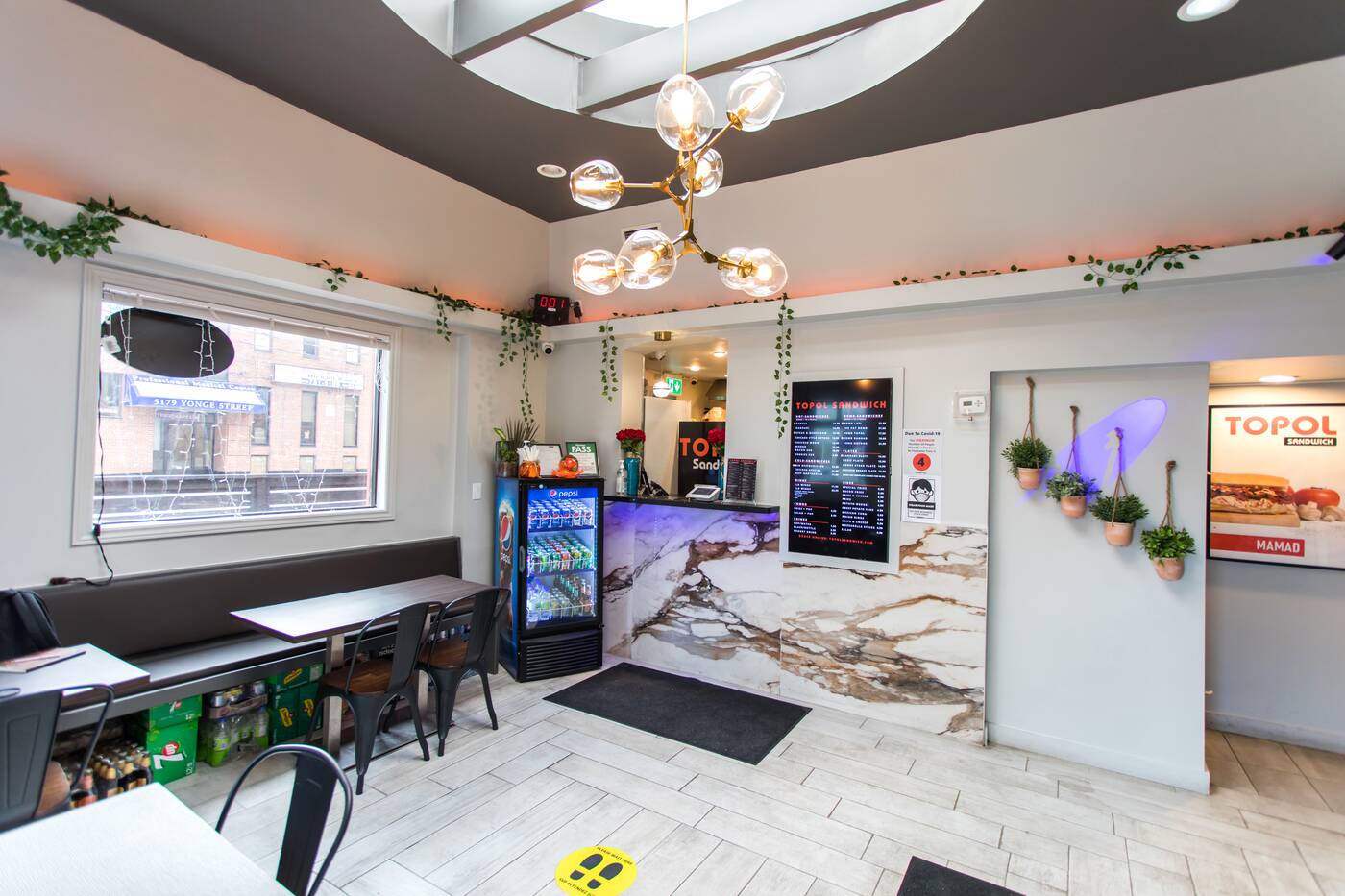 The Persian brother duo behind this sandwich store opened the first Richmond Hill location in 2019 before bringing their giant subs to the residents of North York.

The signature Bomb sandwiches, one can feed two to three people, is the way to go if you really want to experience Topol in all its glory. 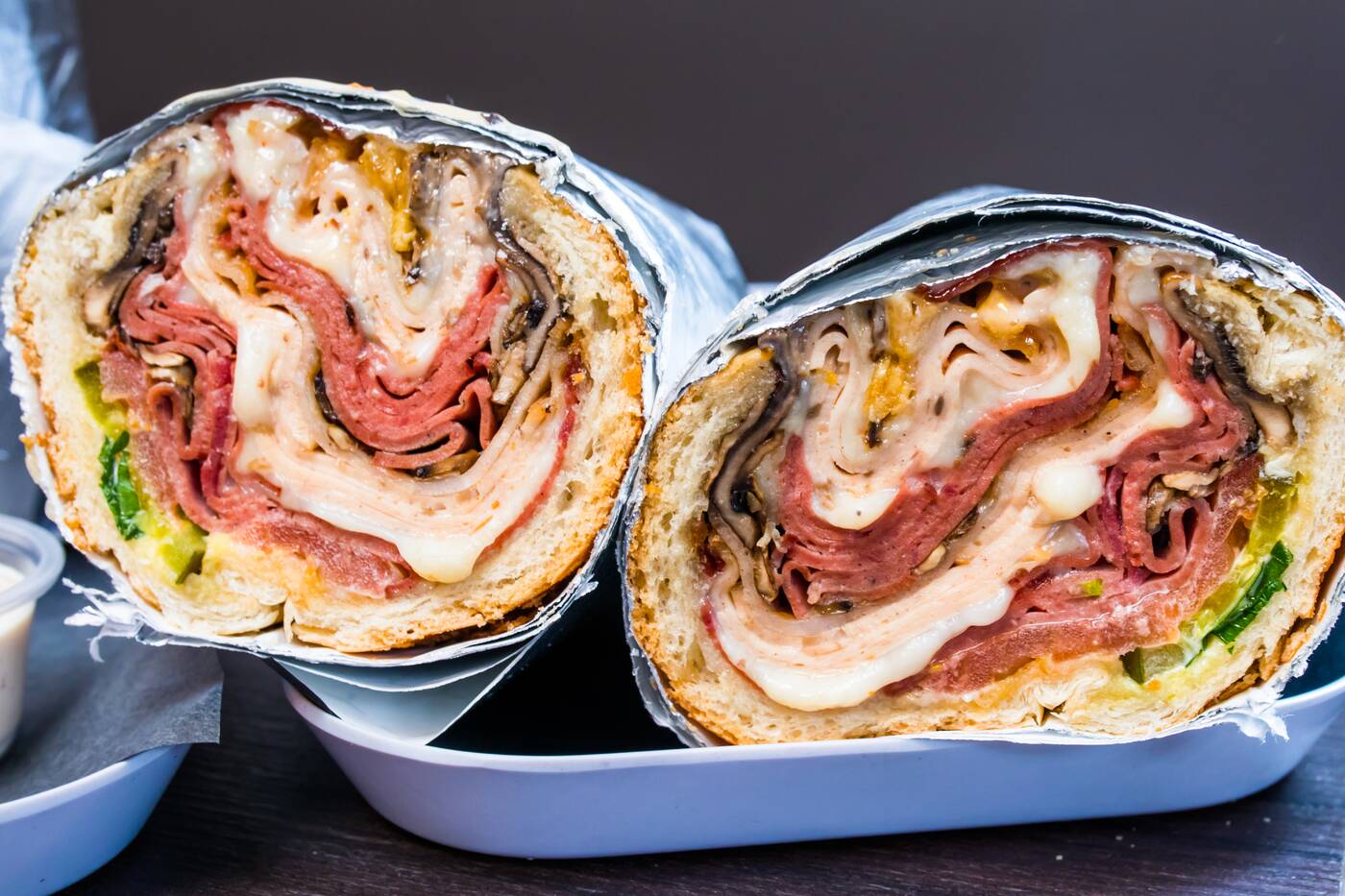 Tasting a bit like a pizza, as well as a decked-out hotdog, the sub is basically two meals in one. 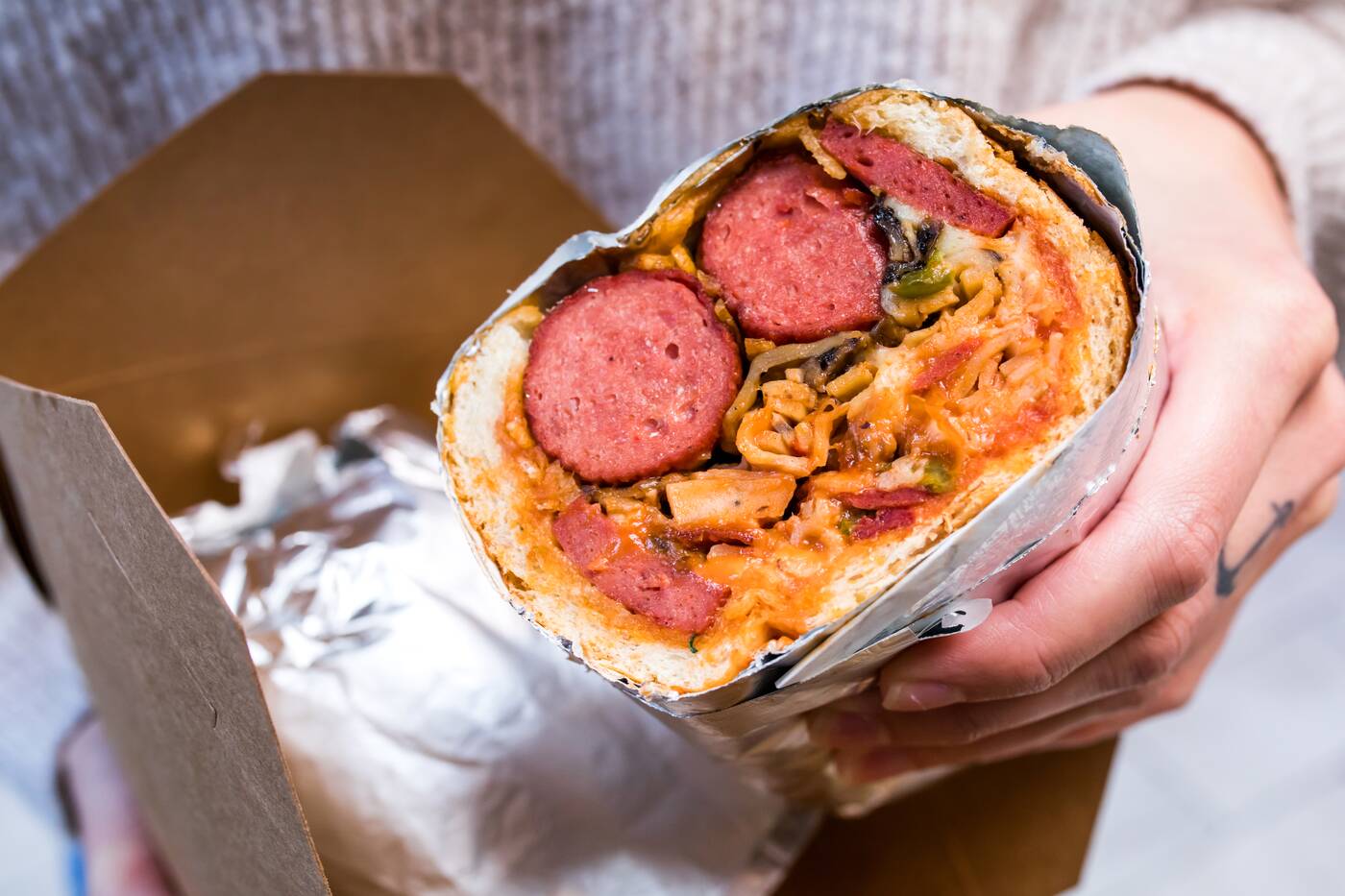 In order to avoid making their sandwiches with anything processed, the owners get all their meat fresh from local suppliers.

This goes for all their sandwiches including the traditional Soo Mushroom and Steak ($15.99) for those who don't want to try for the Bomb quite yet. 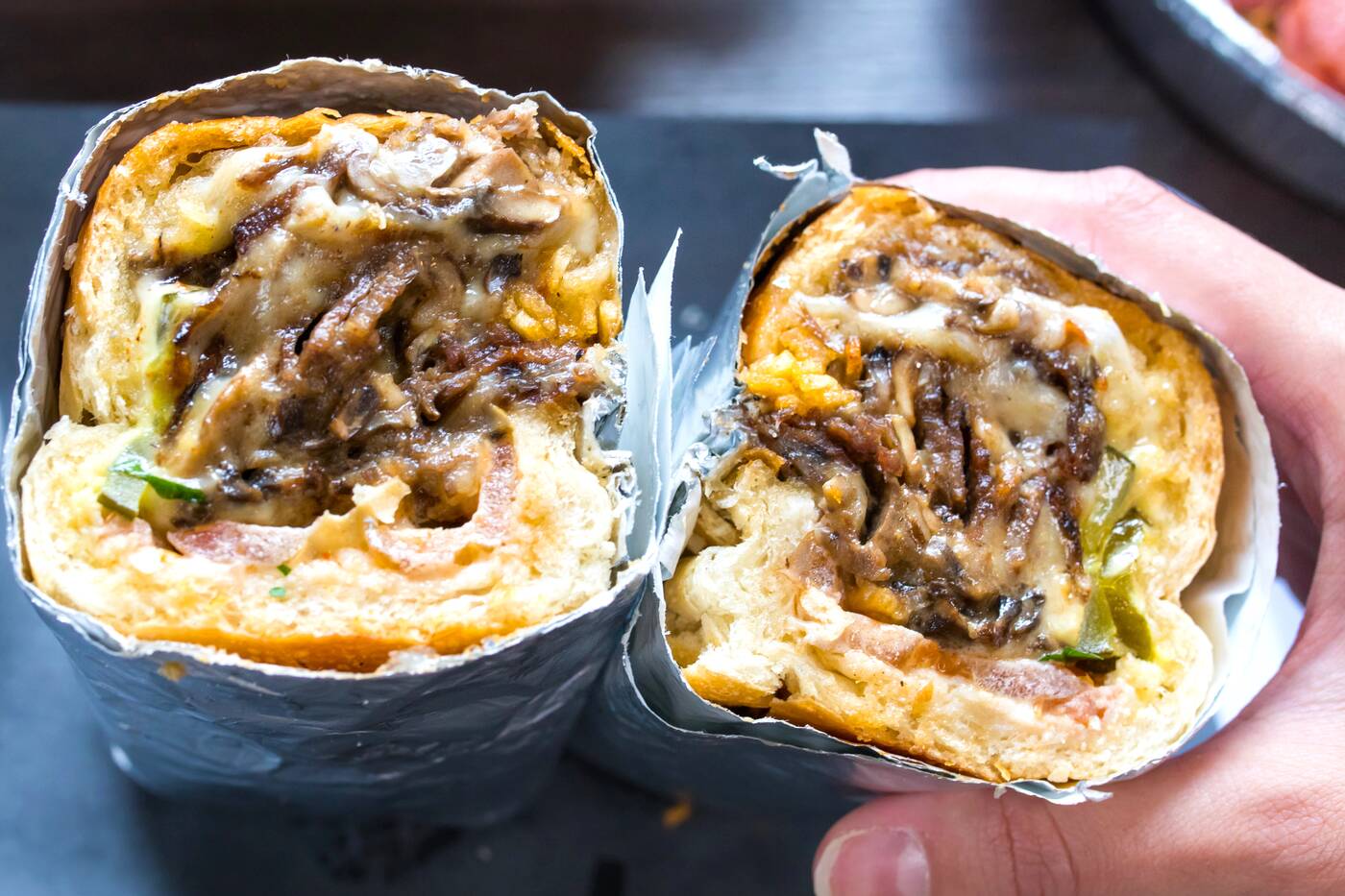 And also the Zapata ($14.99), which is made with Angus beef steak, mushrooms and cheese. 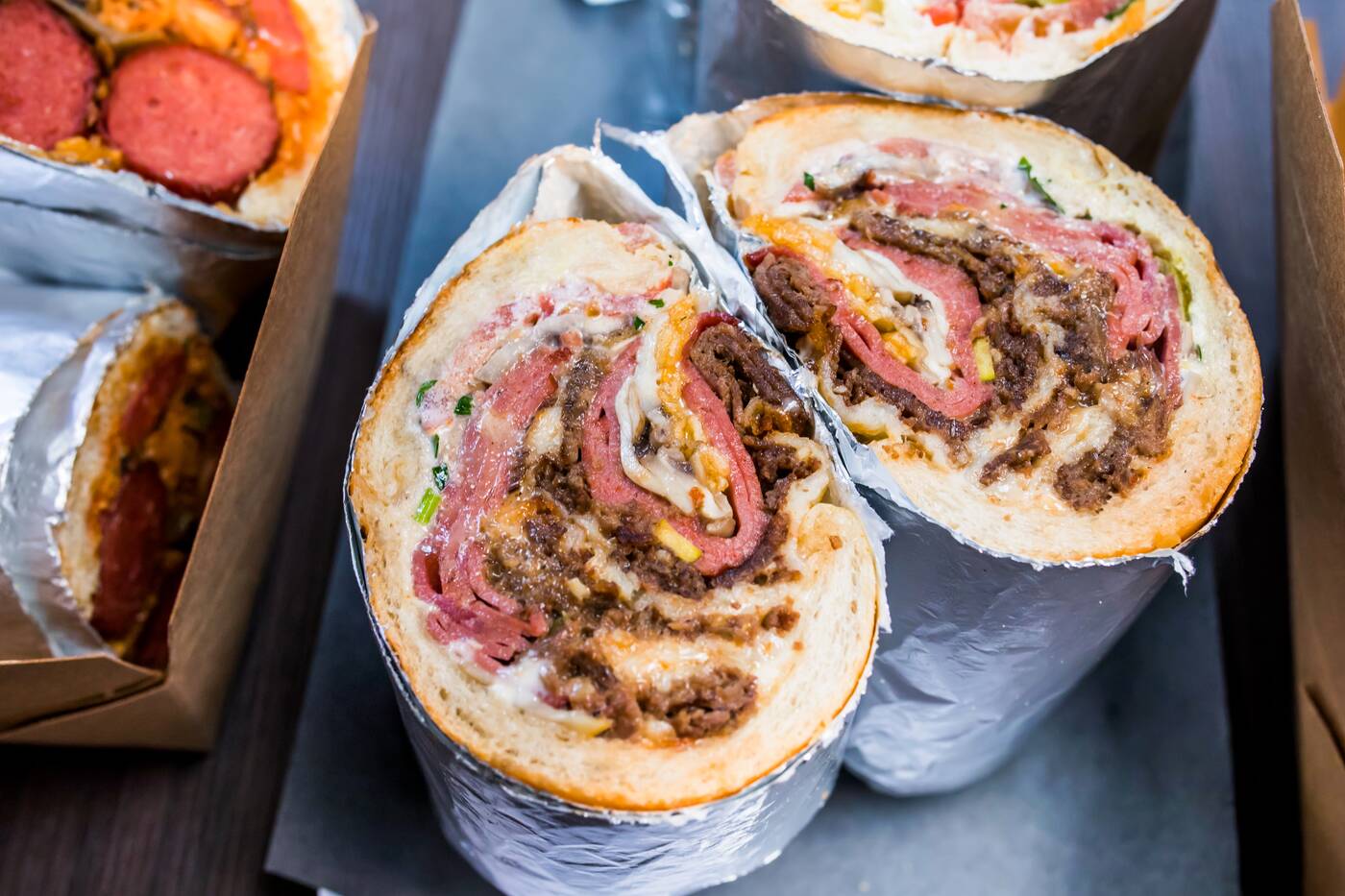 The bread for each of the sandwiches is placed in the oven to crisp up before being prepared, making for a warm and buttery experience.

Most of the sandwiches also come with pickles and fresh parsley for a nice hint of freshness in every bite. 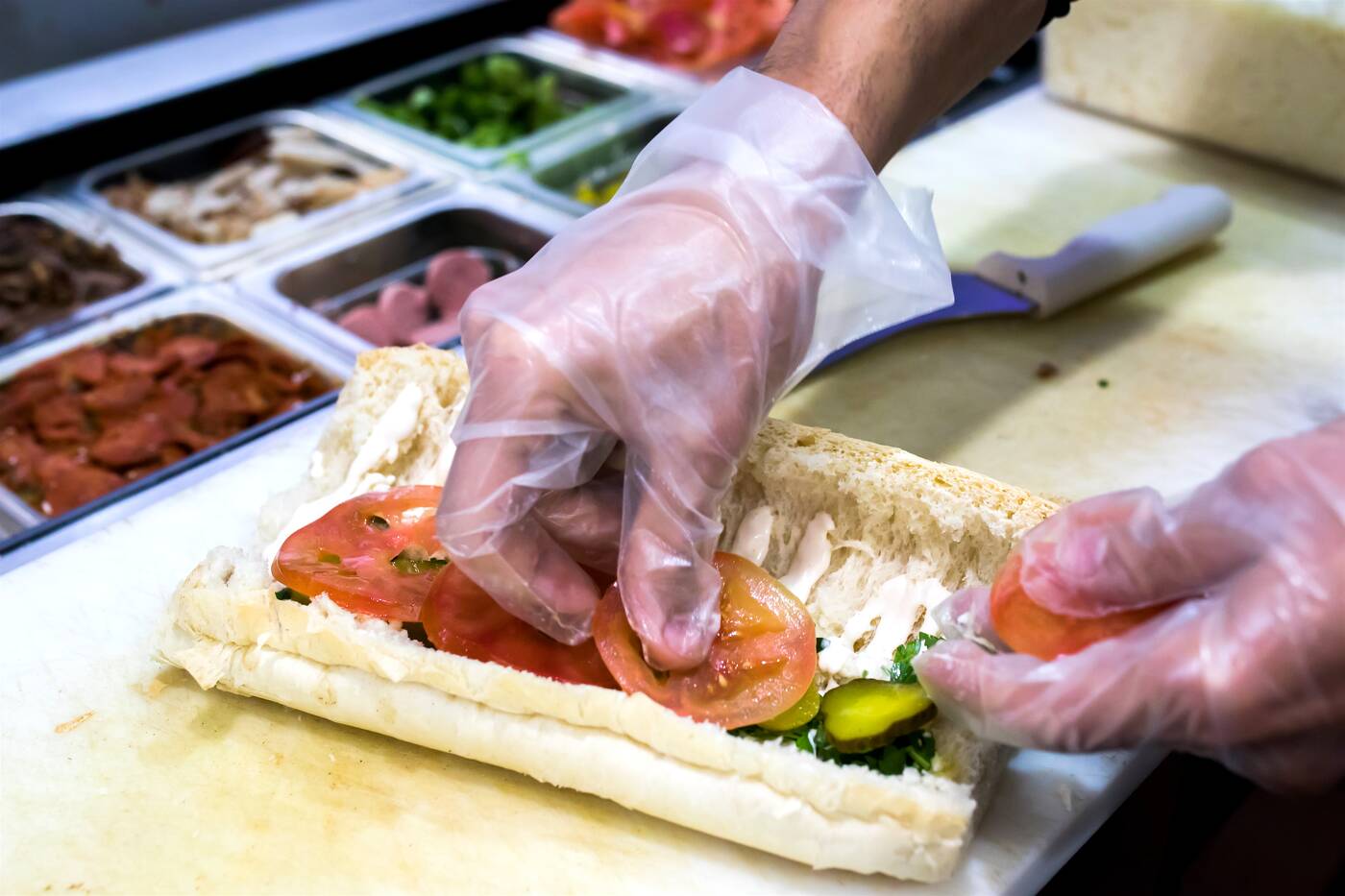 This is certainly true for the Mix Beef and Chicken ($12.99) that's probably closest to your traditional cold deli sub.

Lettuce, tomato, pickle, parsley, hickory sticks for some added crunch and a generous helping of Topol sauce is sandwiched between fresh bread with this one. 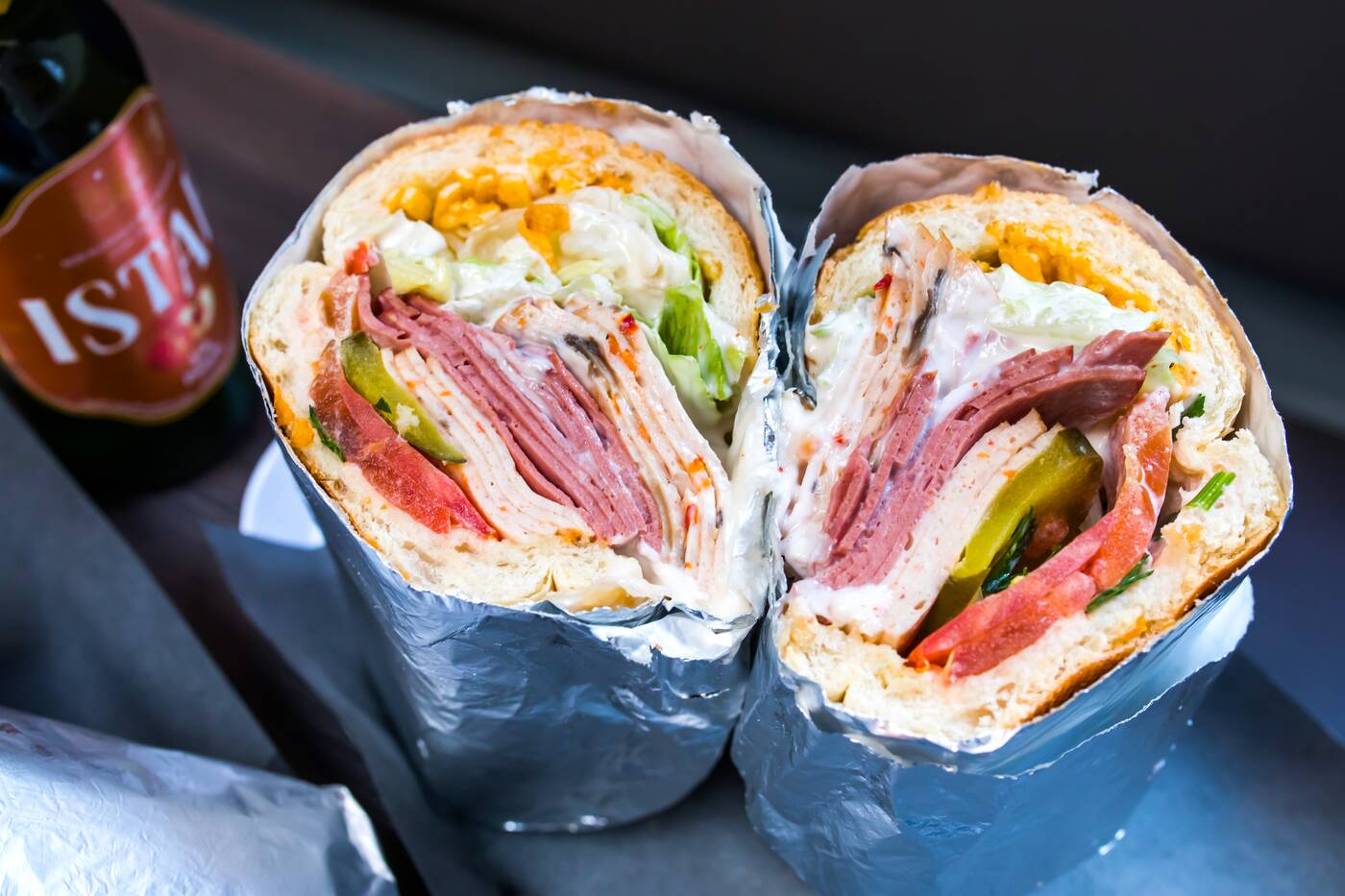 Although sandwiches are their claim to fame, there are also other items on the menu like the Sosis Plate ($13.99) that comes with fries covered in melted cheese, beef sausage, green peppers and mushrooms. 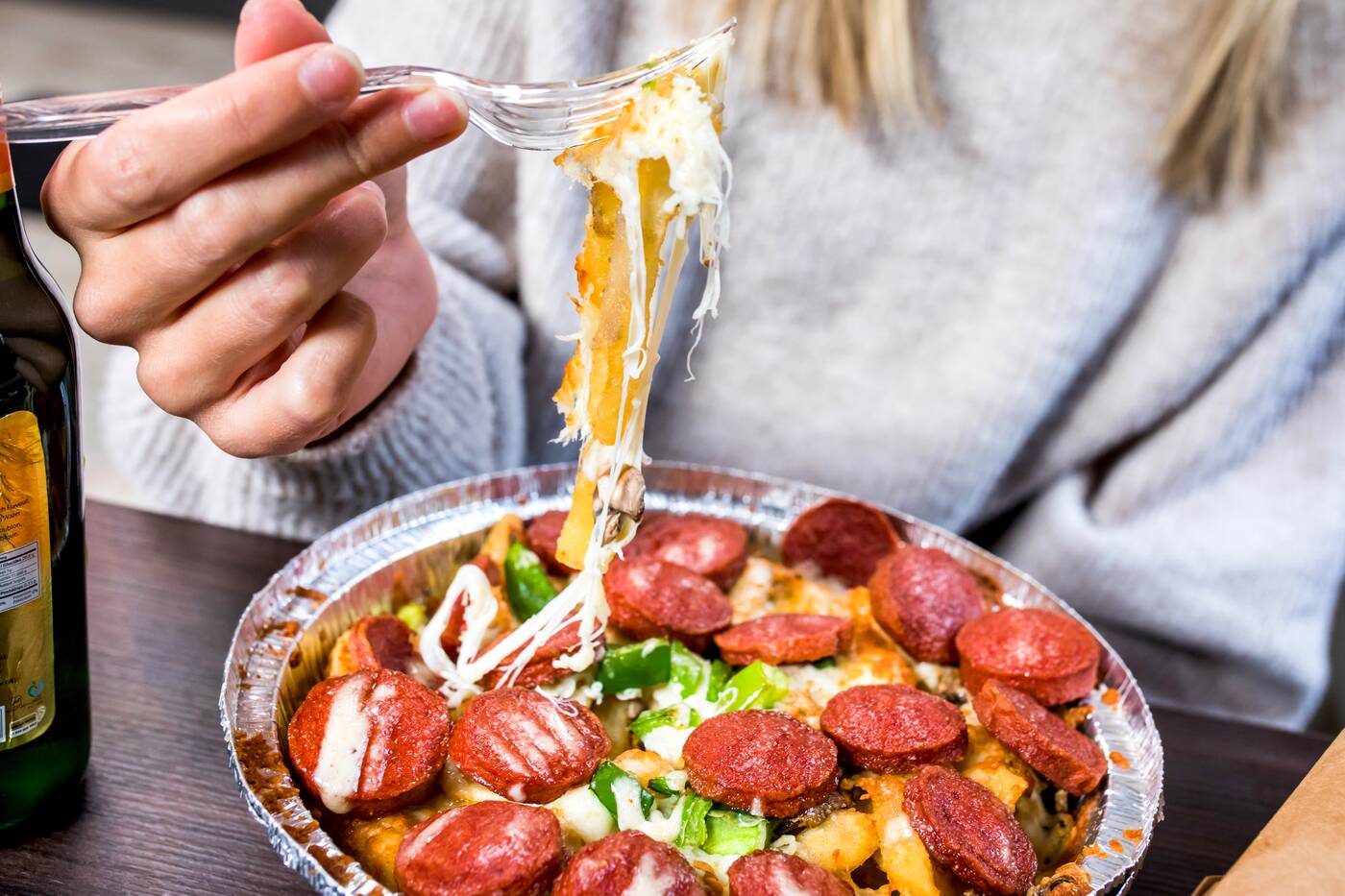 If you’re looking for something to wash this all done with, they also sell a non-alcoholic malt beverage, Istak. Brewed in Iran from top-quality Bavarian malt, there is a peach and lemon and mint flavour. 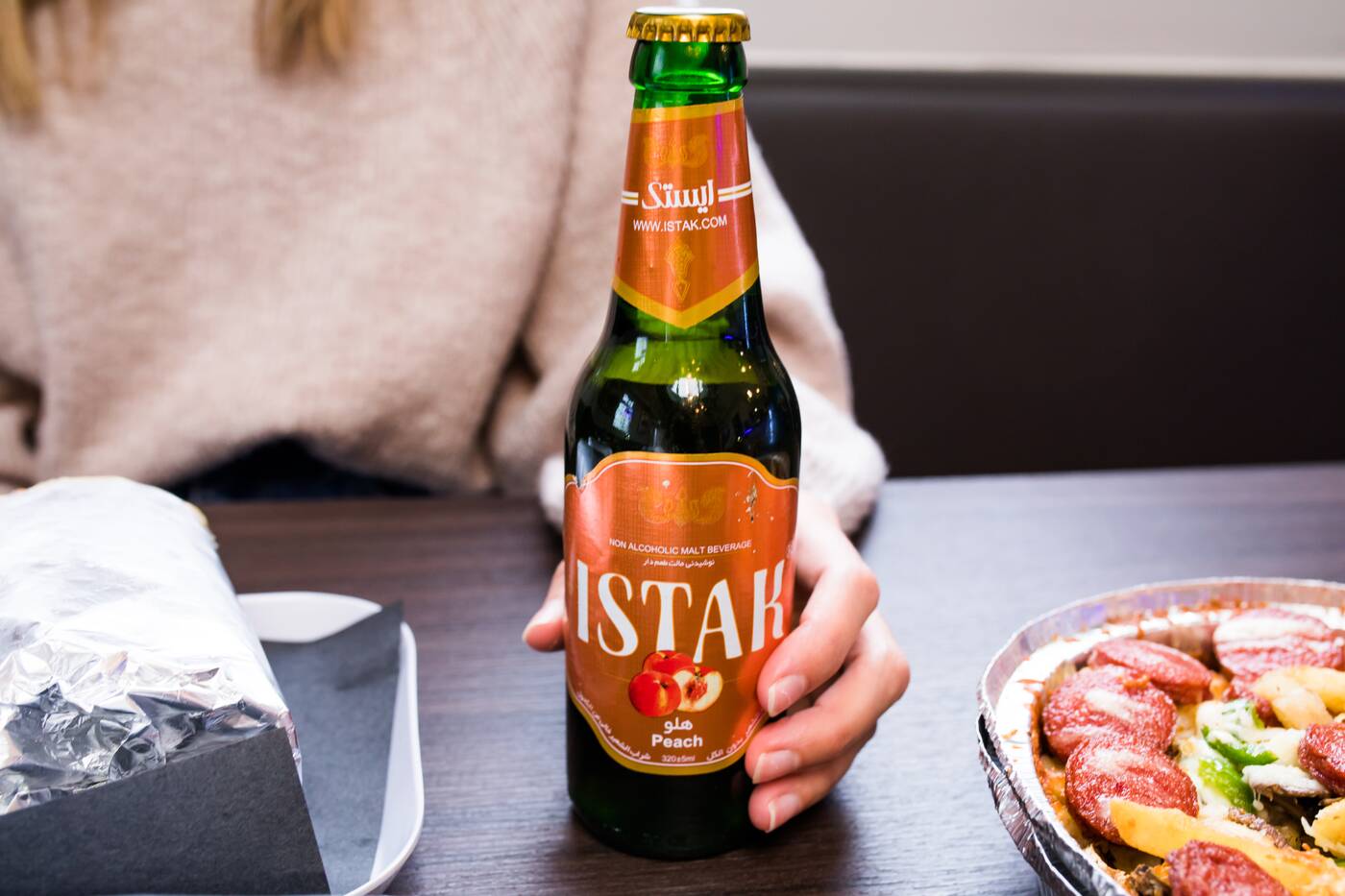 Stop by next time you're in the mood for a good sandwich and you won't be disappointed. Just make sure to come with an empty stomach. 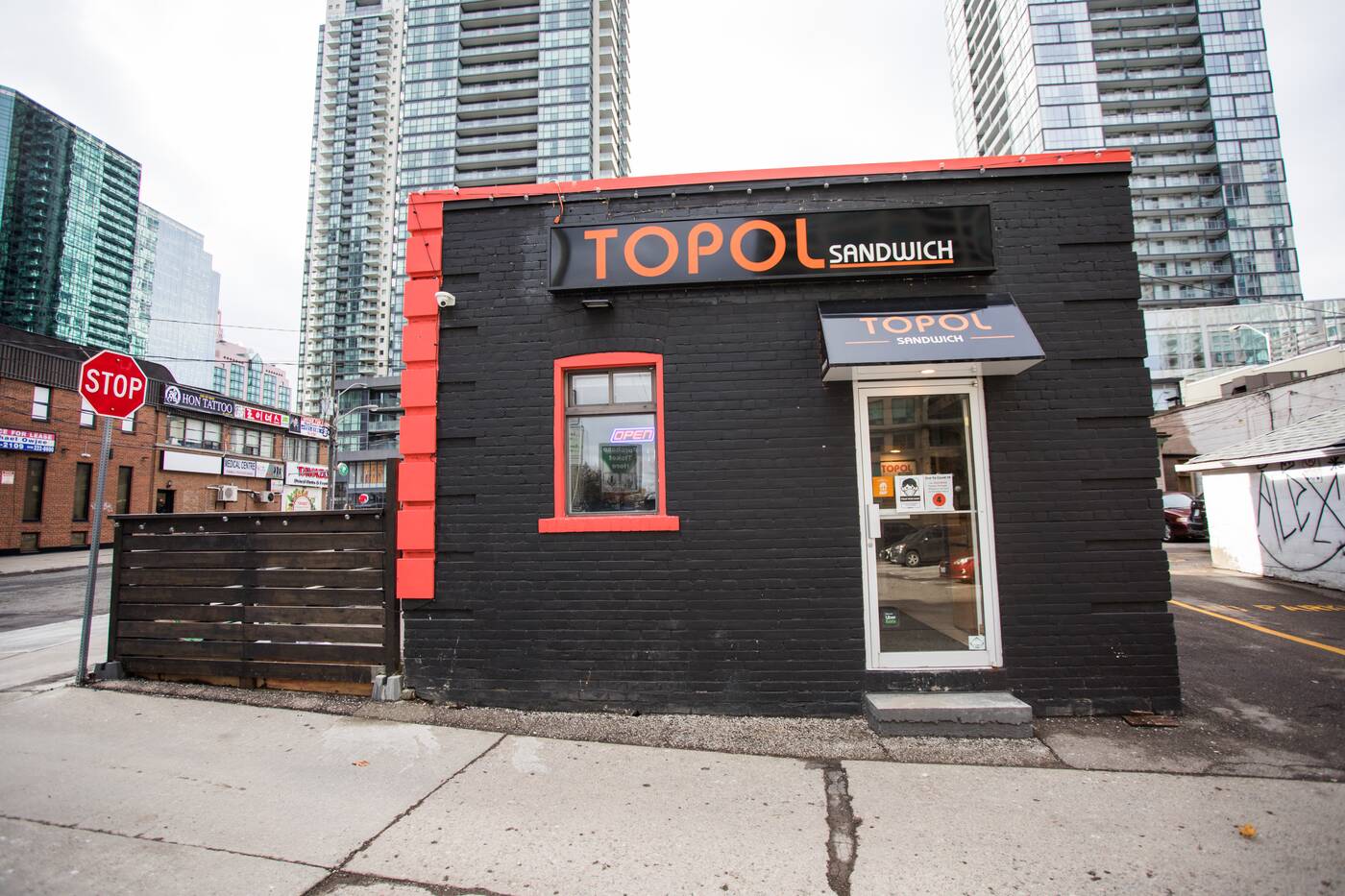