Tita's serves up traditional Mexican food that you'd find at your favourite Abuela's like sopes, enchiladas and from-the-grill tacos.

The owner, Istra Avila grew up in Mexico City with her mother and grandmother who both always loved to cook. She pivoted from her finance career to open the home-style restaurant where she now features many of their recipes on her menu. 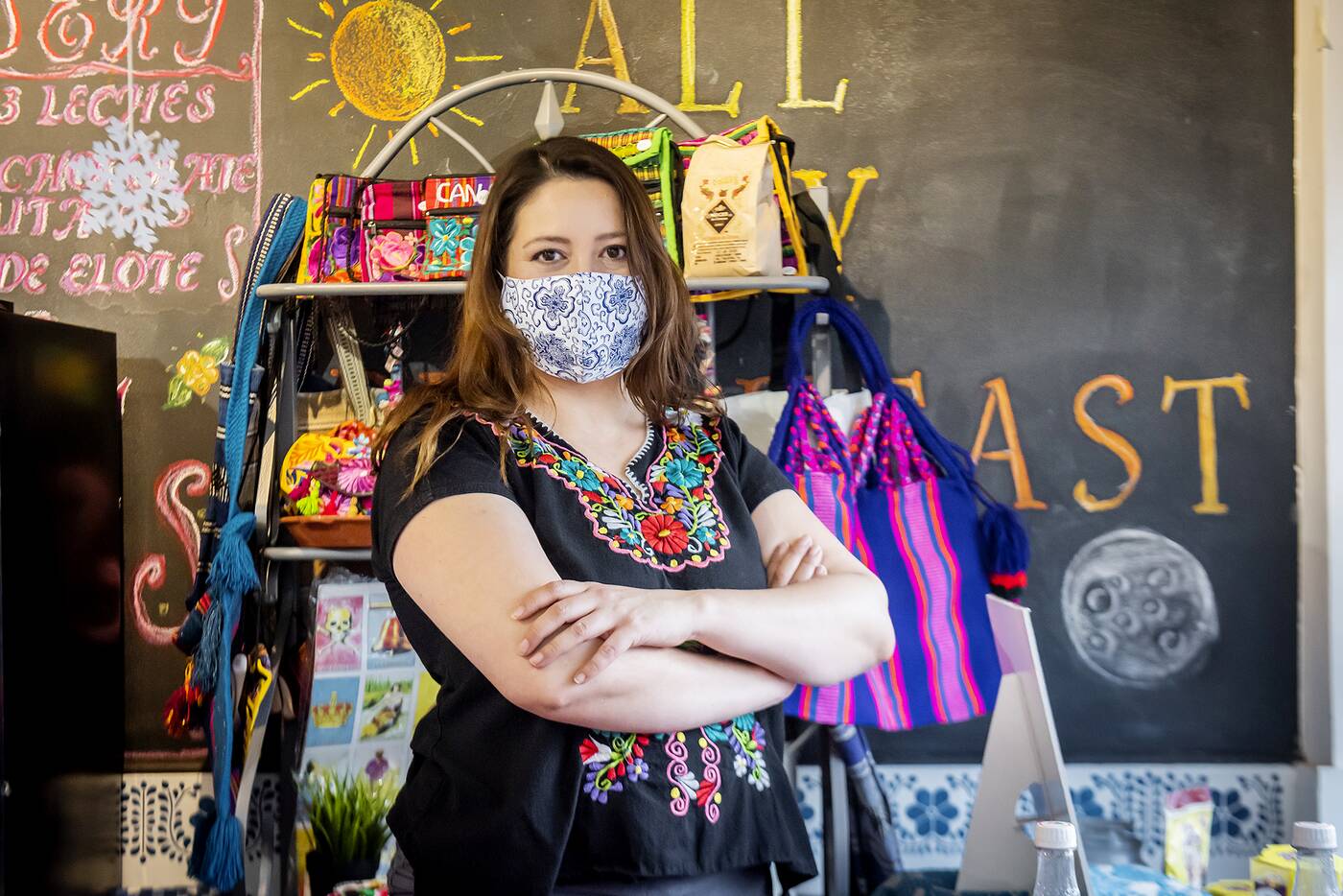 Paying special homage to her late grandmother is the restaurant name, Tita, which translates to grandmother and a framed photo on the wall of her very own Tita Cuca in her kitchen back in Mexico preparing sope. 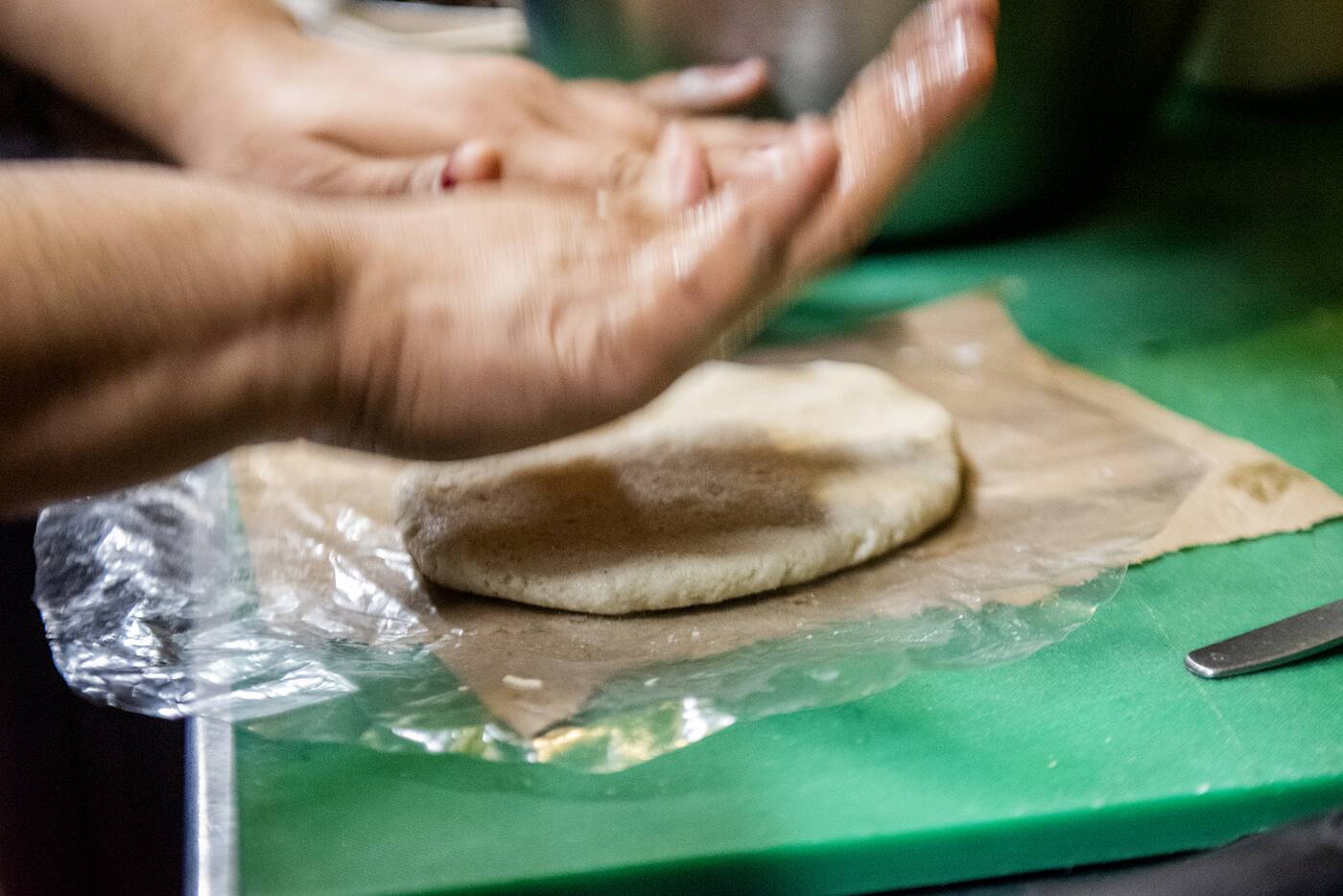 Today, customers come back specifically for the Sopes ($5) which consists of a thick corn tortilla base that's kneaded by hand before going on the grill. 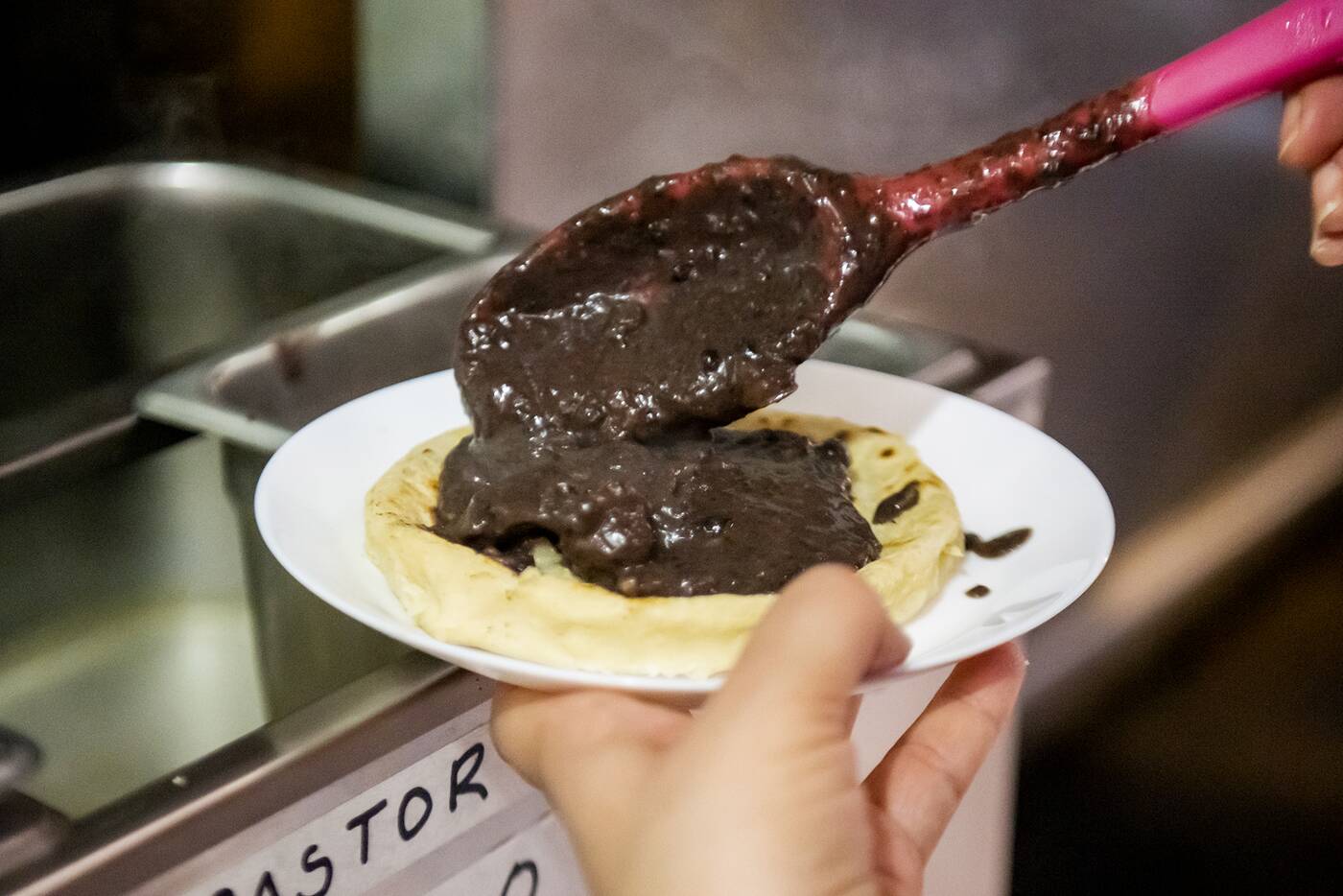 After it cooks, the edges are pinched to create a bit of a crust and the warm dough is then topped with refried beans which take two days to prepare. 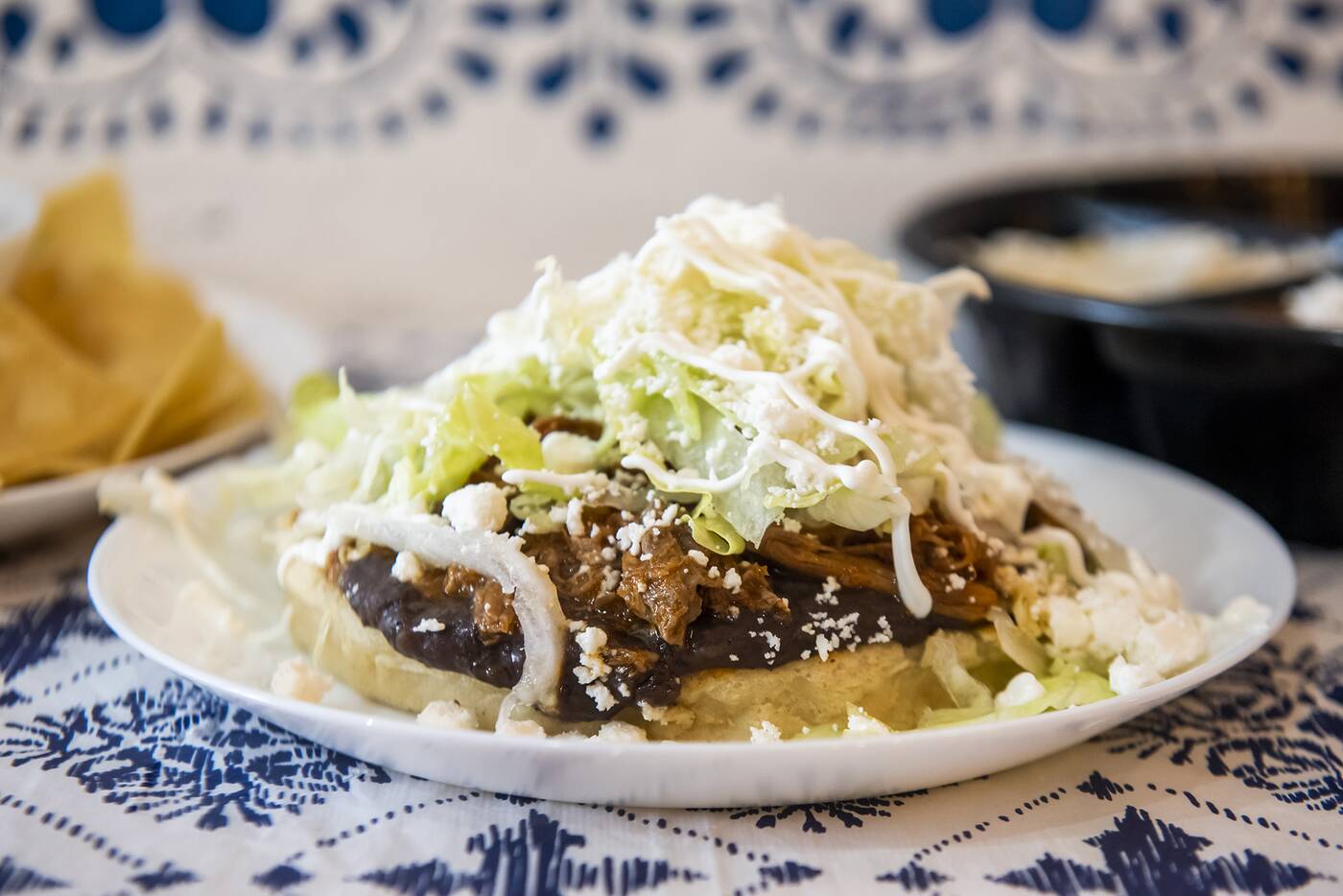 Served with lettuce, onions, sour cream, crumbled cheese, and your choice of filling, the traditional dish is typical of central Mexico, as are most of Avila's offerings. 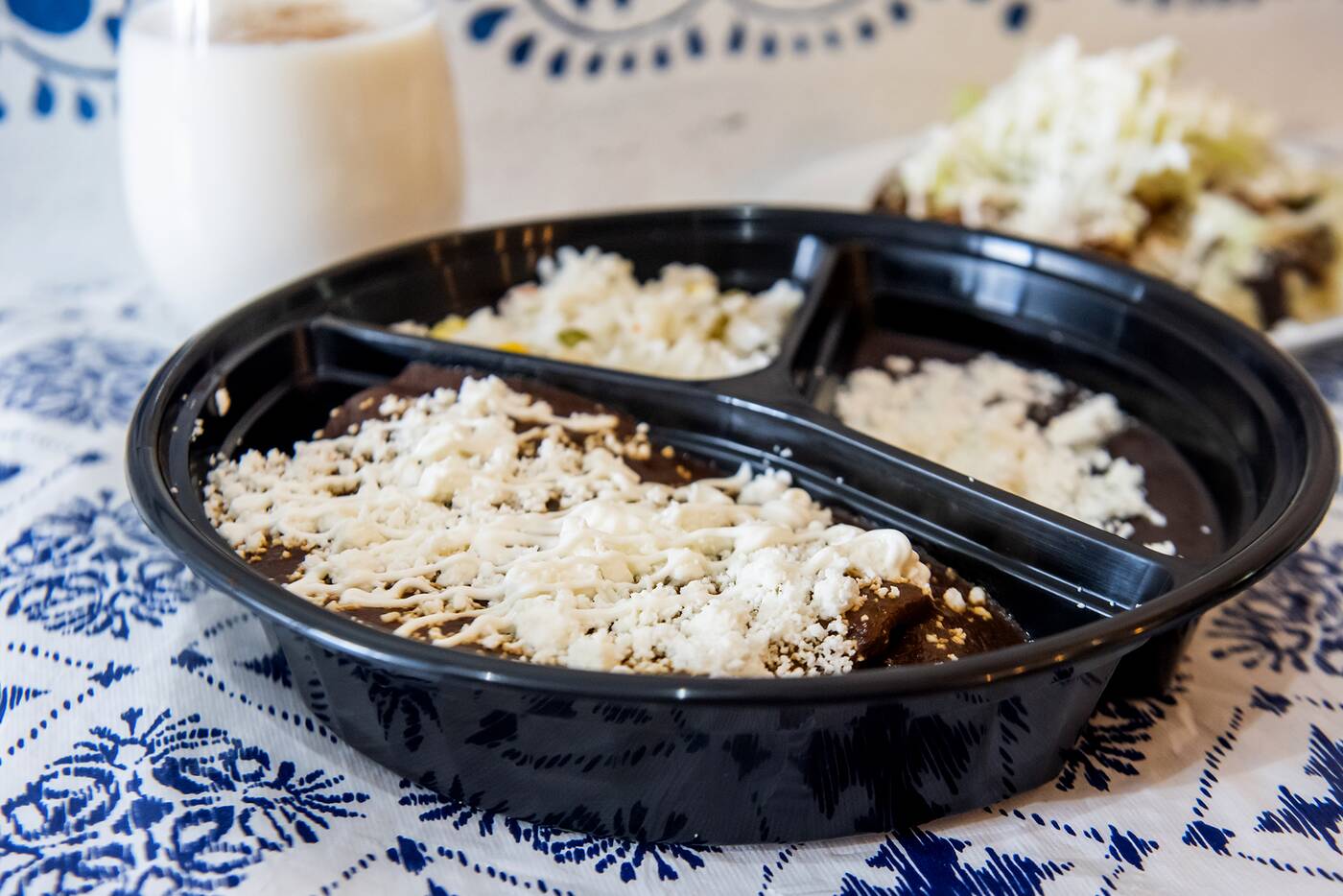 Enchiladas de Mole ($15) is another typical dish of that region. Three chicken, cheese or potato-stuffed tortillas come topped with Mole, a Mexican sauce made from fruit, 20 different chiles, raw cacao, peanuts, and different spices including black pepper, cinnamon and cumin.

The popular dish is another meal Avila remembers often eating at her Tita's house. 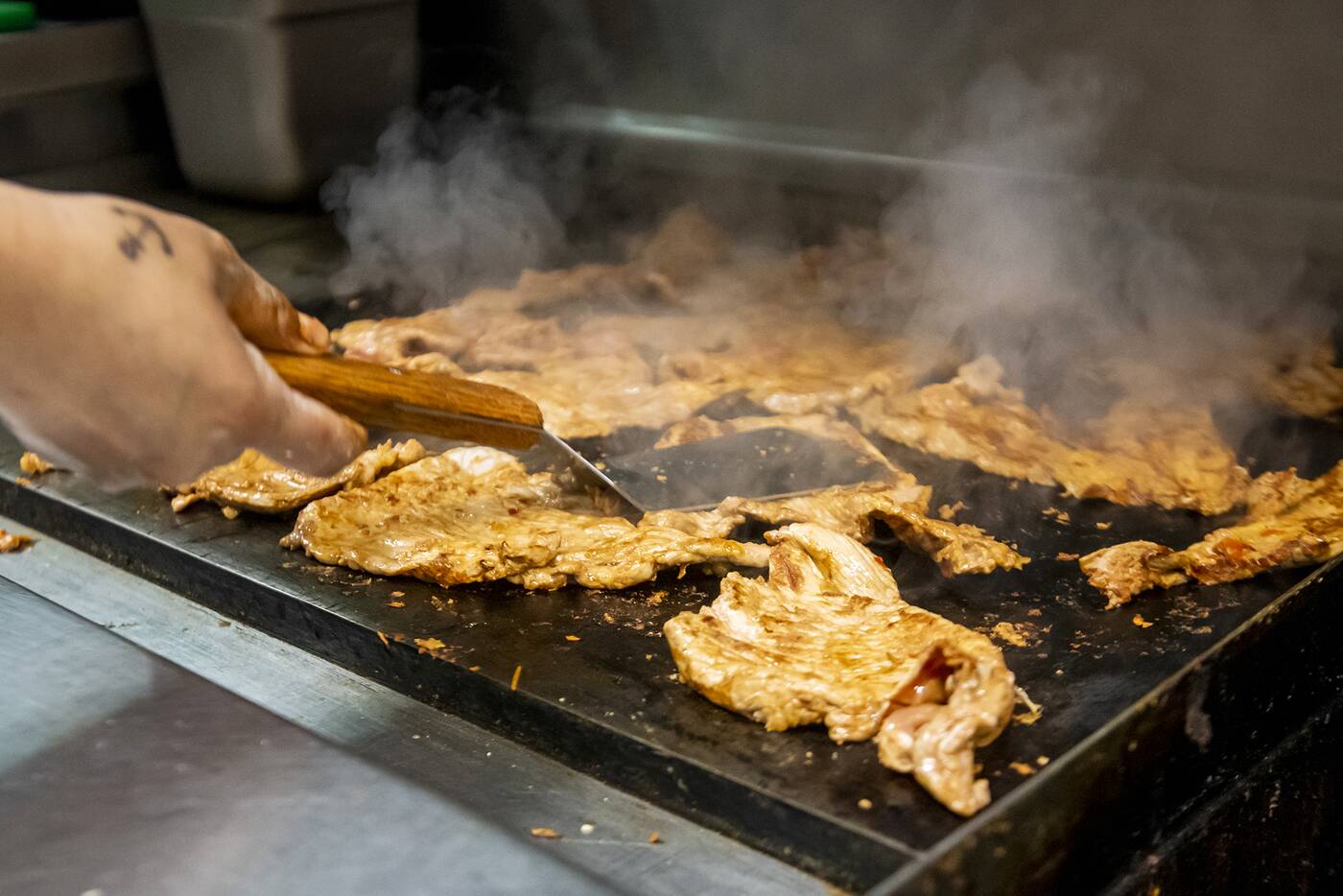 Whereas, Tacos de Pastor ($5) would be enjoyed at a party in Mexico City. The fresh from-the-grill tacos are filled with tender pork cutlet that sits marinating for two full days in spices, chiles, pineapples and onions. 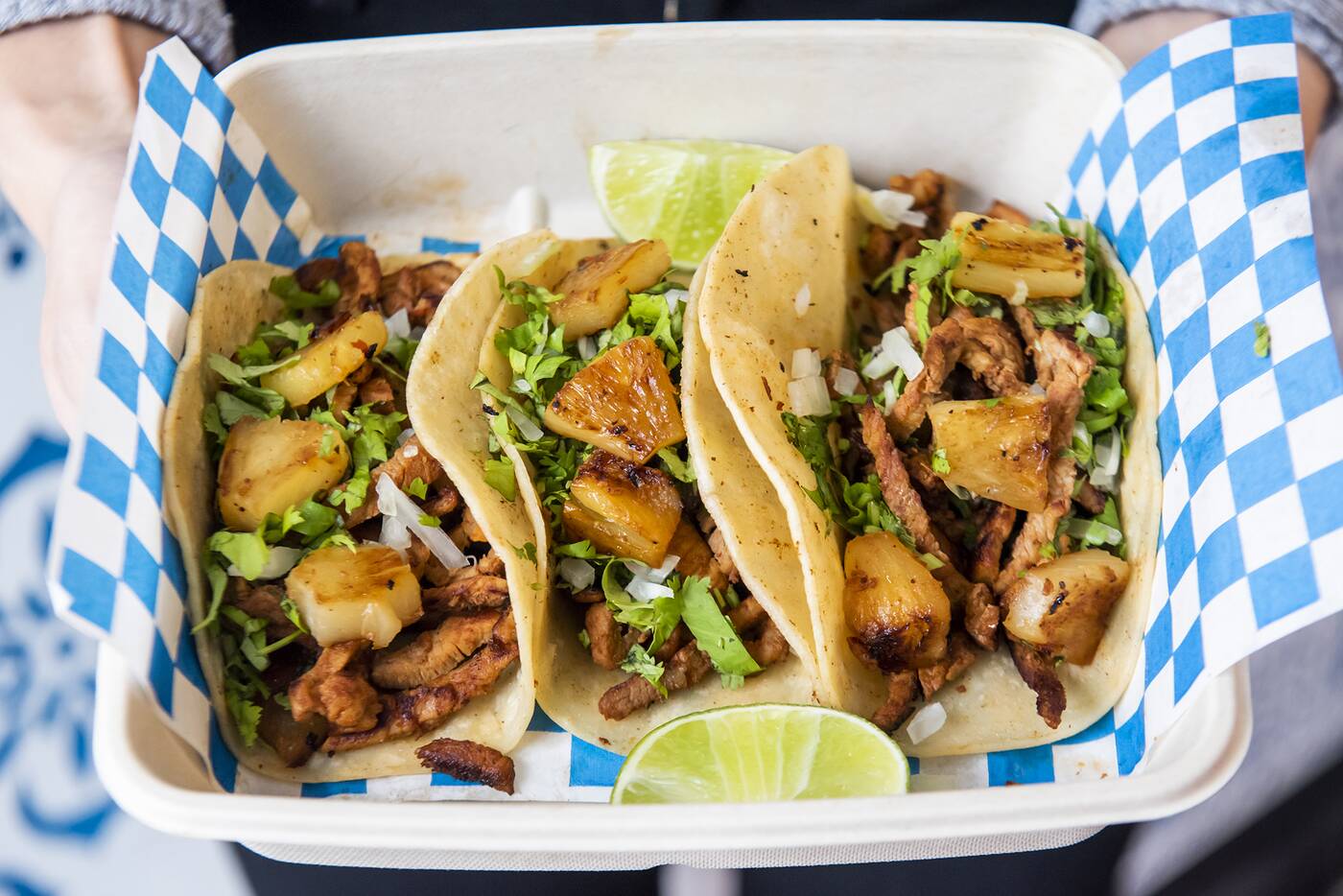 It's served with chunks of pineapple, cilantro, lime and onion, and can be ordered with cauliflower in place of pork. There are 11 other regular tacos and six other grilled tacos to choose from on the menu. 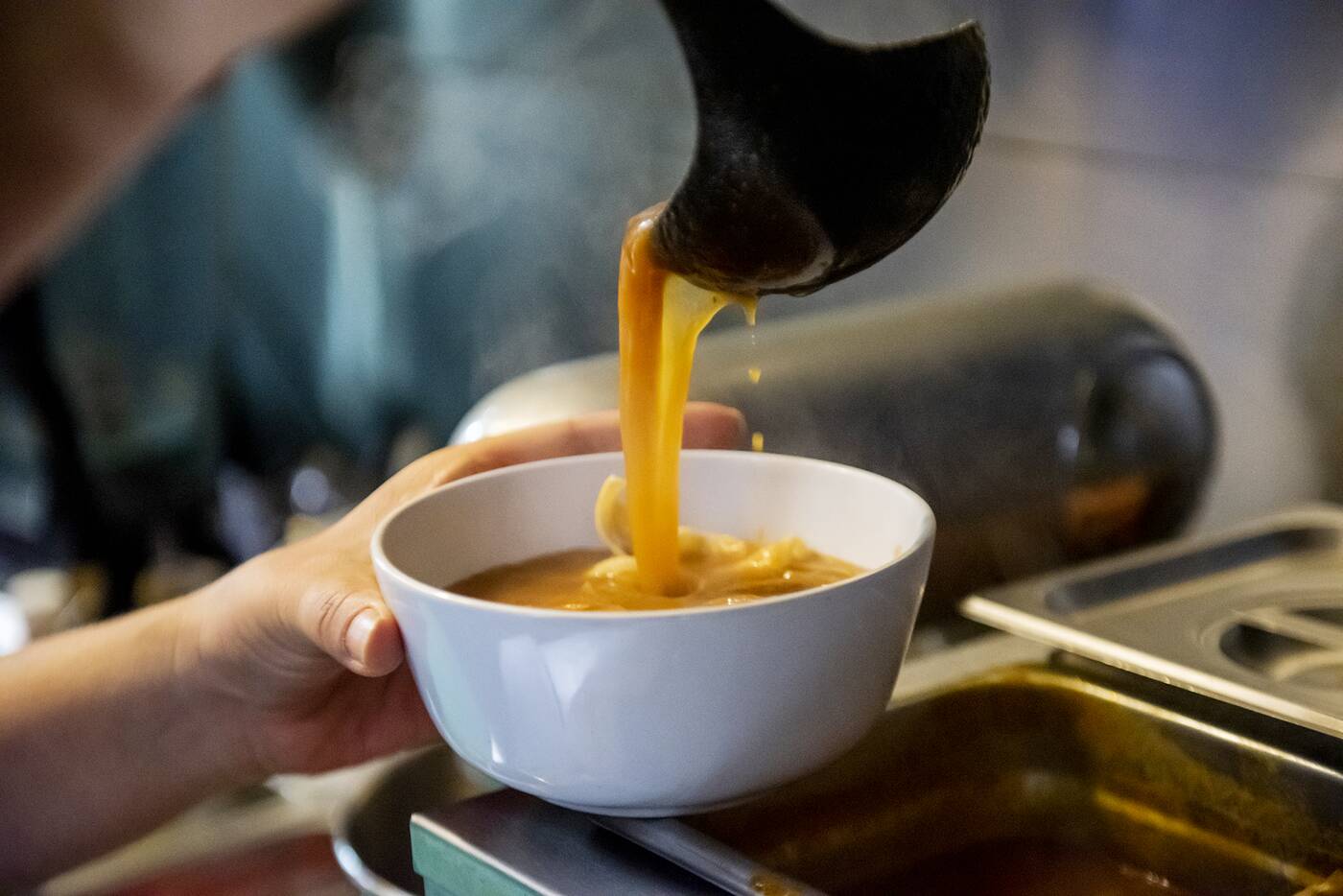 They also do a Sopa Azteca ($8.50) that comes with fried tortilla strips swimming in a tomato soup. The broth takes around two to three hours to boil, soaking in all the flavour from the added spices and dried chiles. 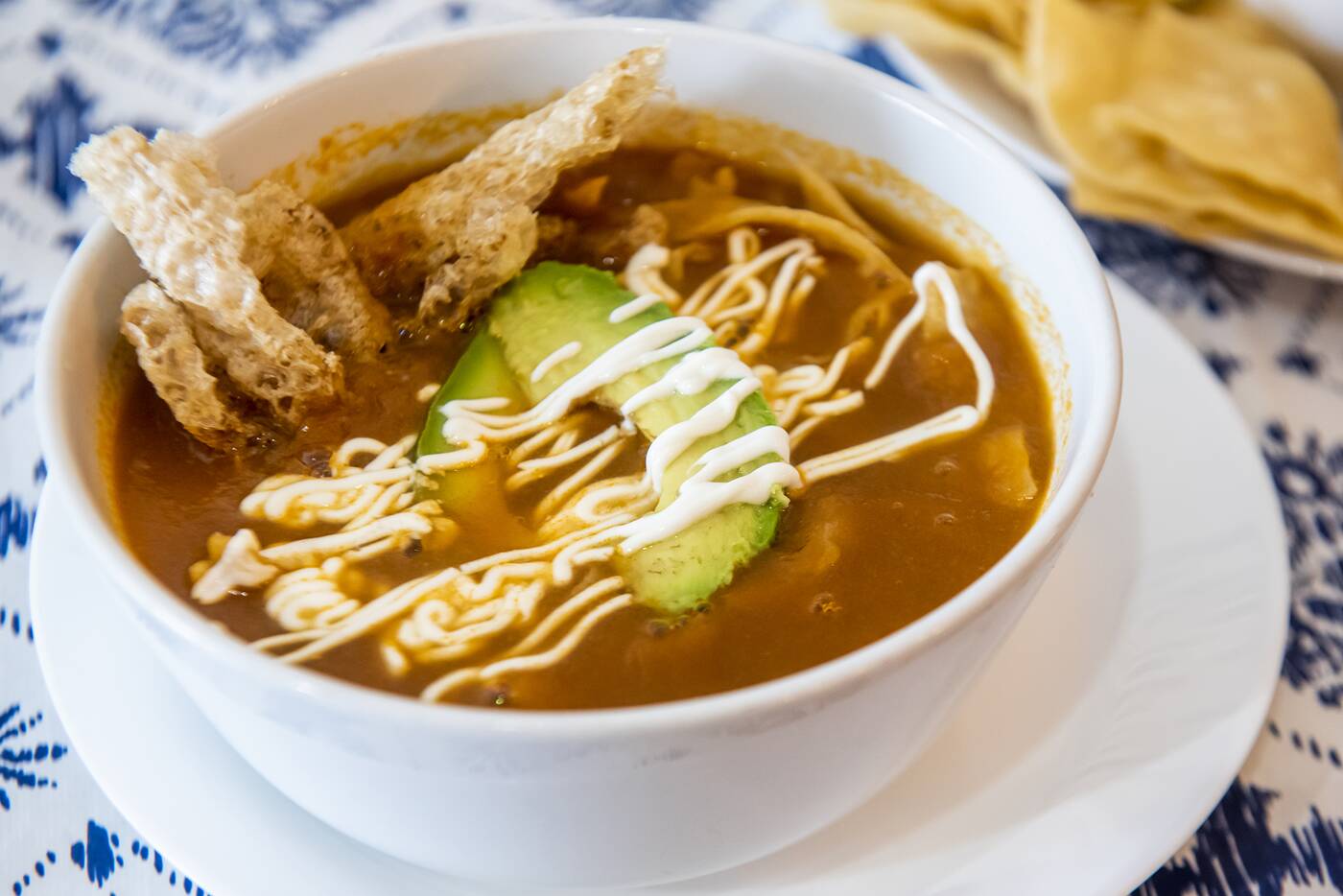 Packing a lot of flavour and just a bit of spice, the soup is served with pork rinds, sour cream and slices of avocado. 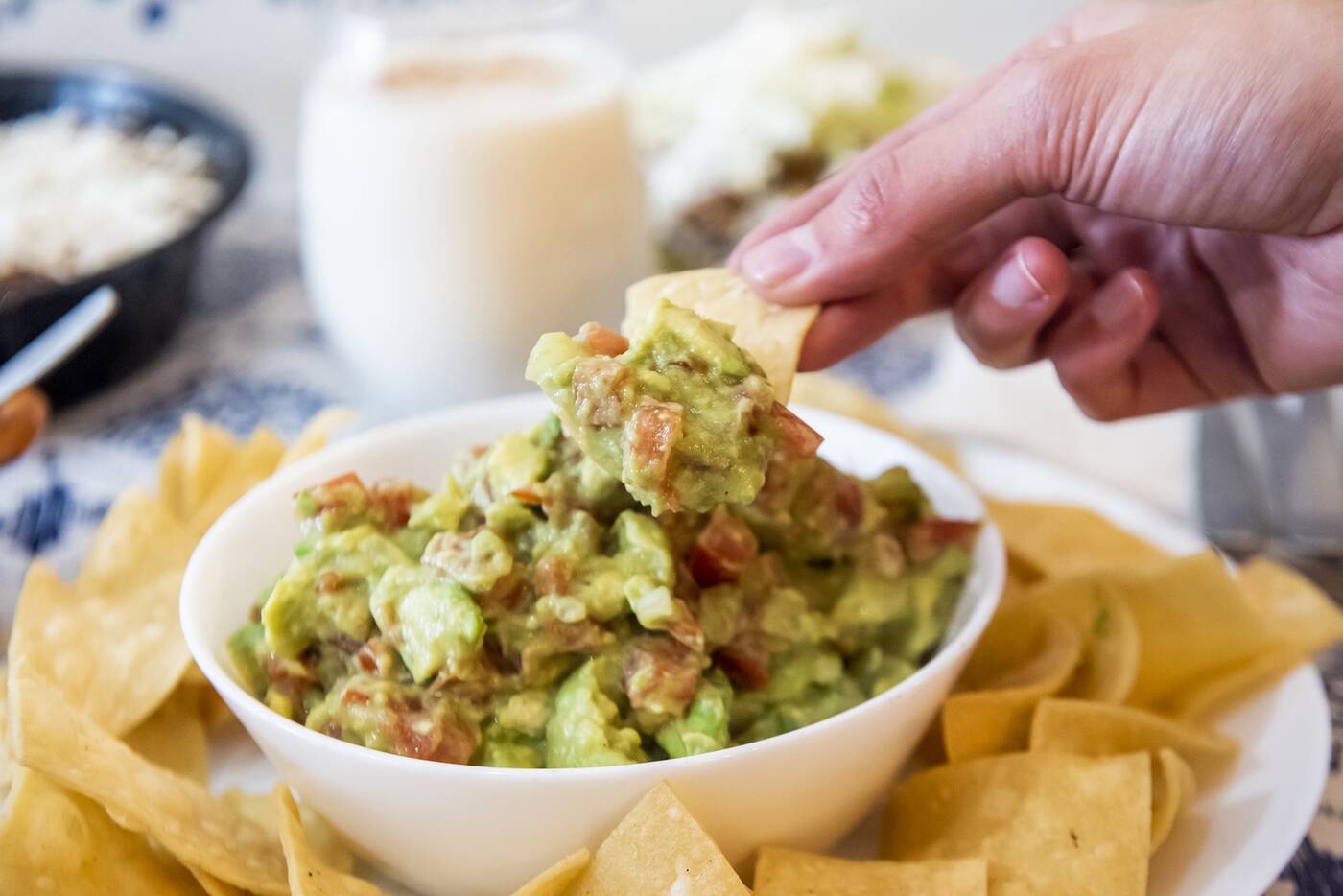 Made fresh for every order and served with tortilla chips prepared in-house is the Guacamole (small: $7, regular: $12). 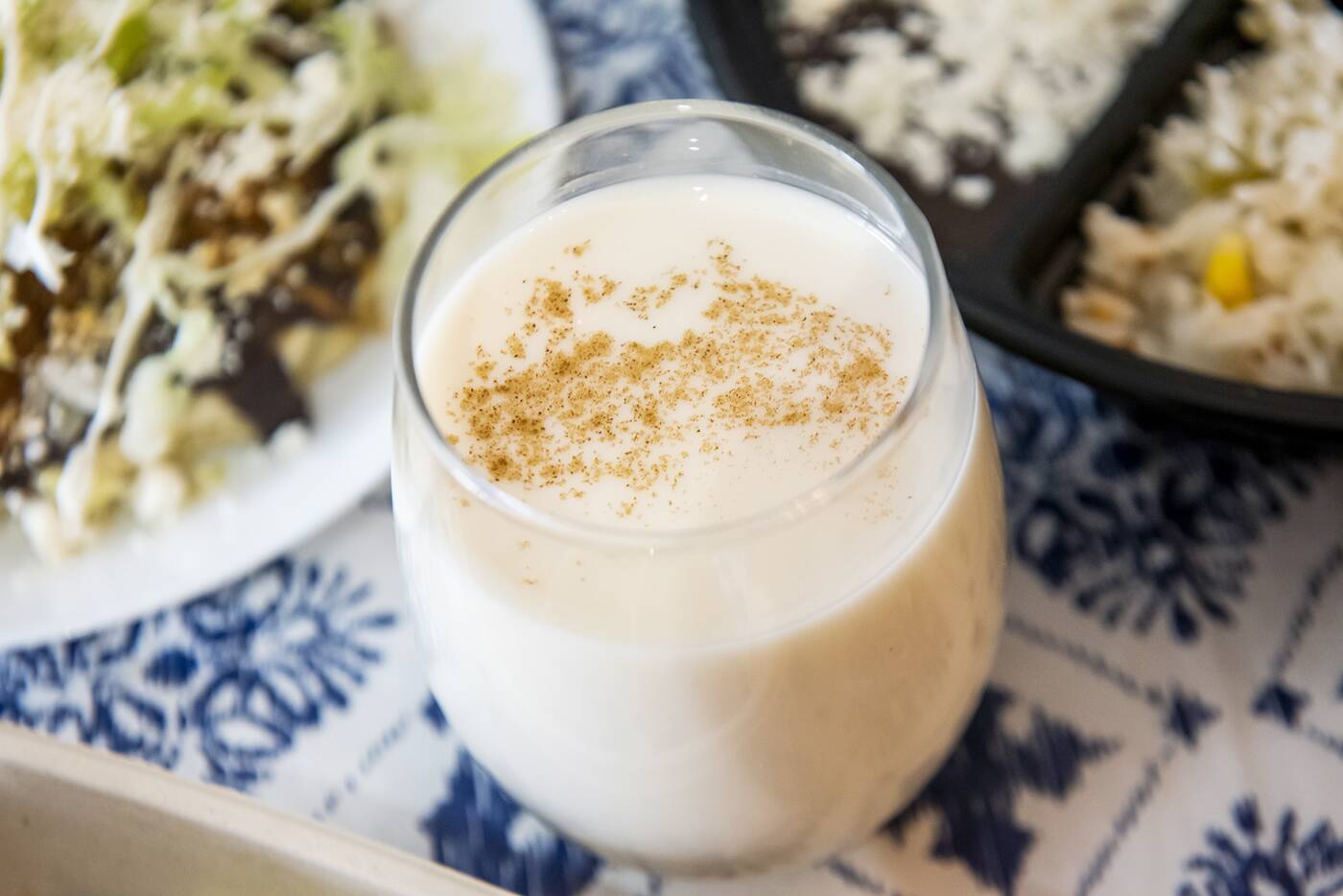 To wash it all down, there's Horchata ($3.50). The typical Mexican beverage is prepared with rice, milk and cinnamon, soaking overnight for optimal flavour and smoothness. 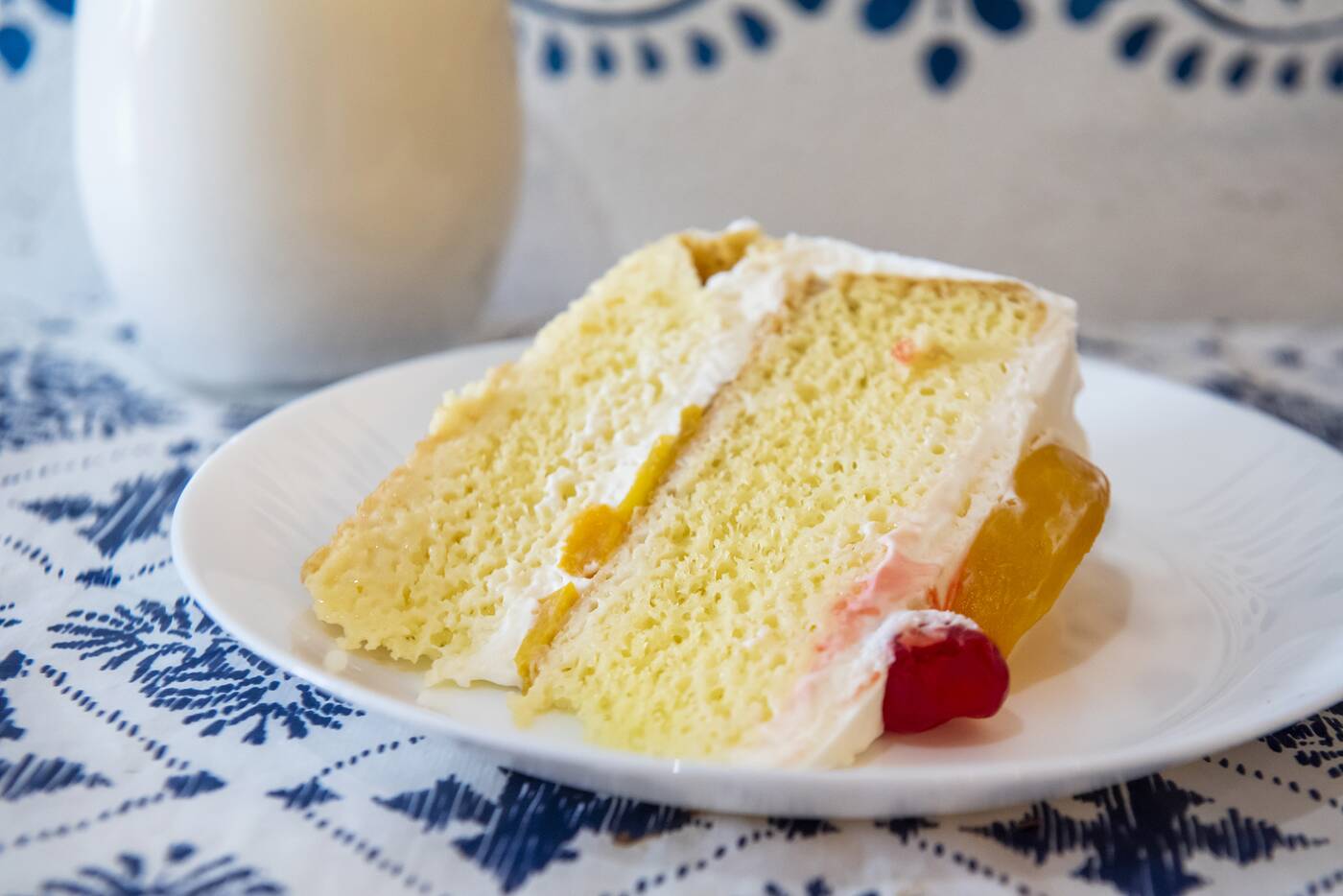 And for dessert, Avila bakes a few different cakes including Pastel Tres Leches ($3.50). The vanilla cake that's soaked in three different kinds of milk and topped with fresh fruit and cream is as moist as you'd expect. 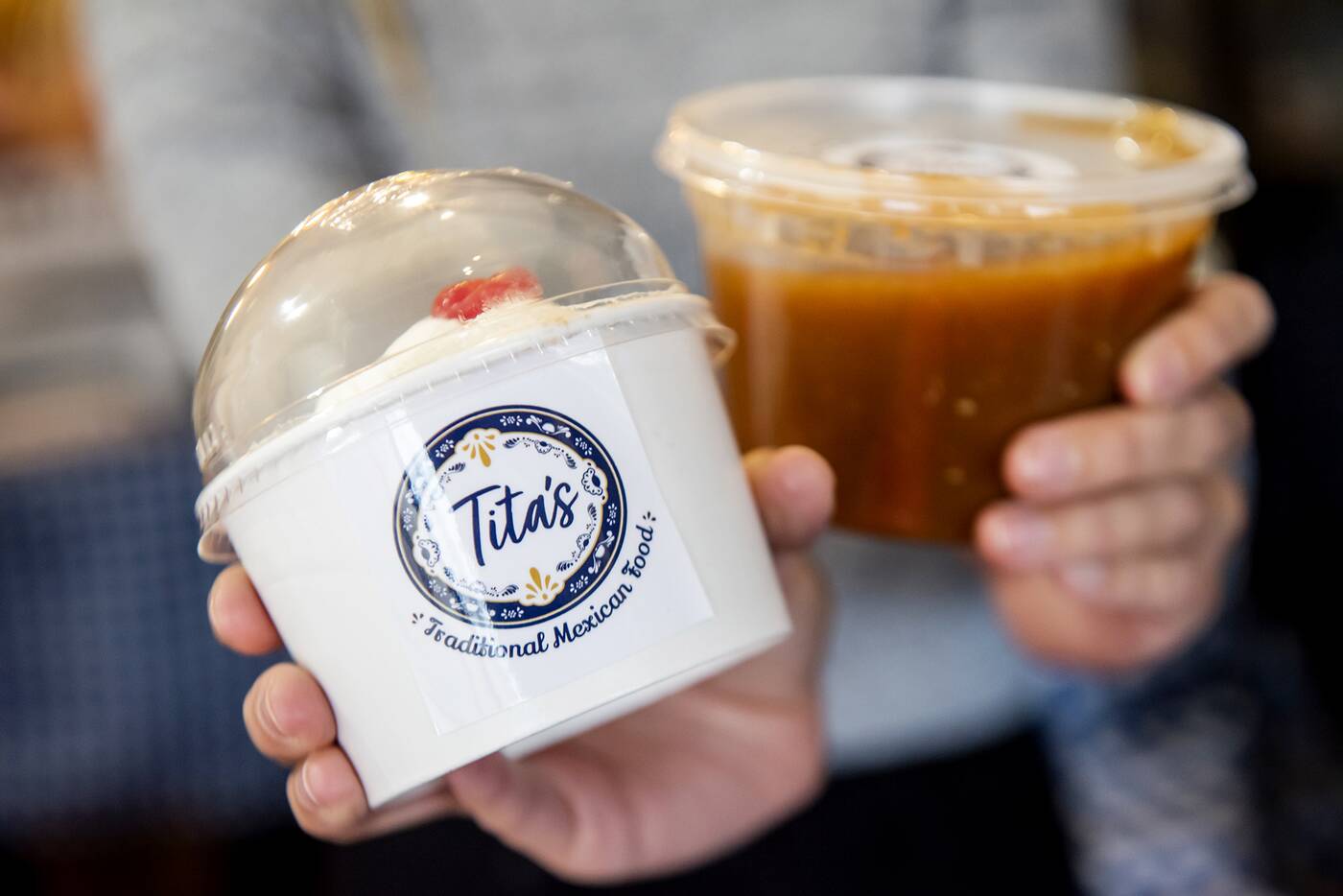 She also created a cacao cake that's prepared with traditional Mexican chocolate de Abuelita. The cakes, as well as the homemade salsas, are available to take home in larger containers. 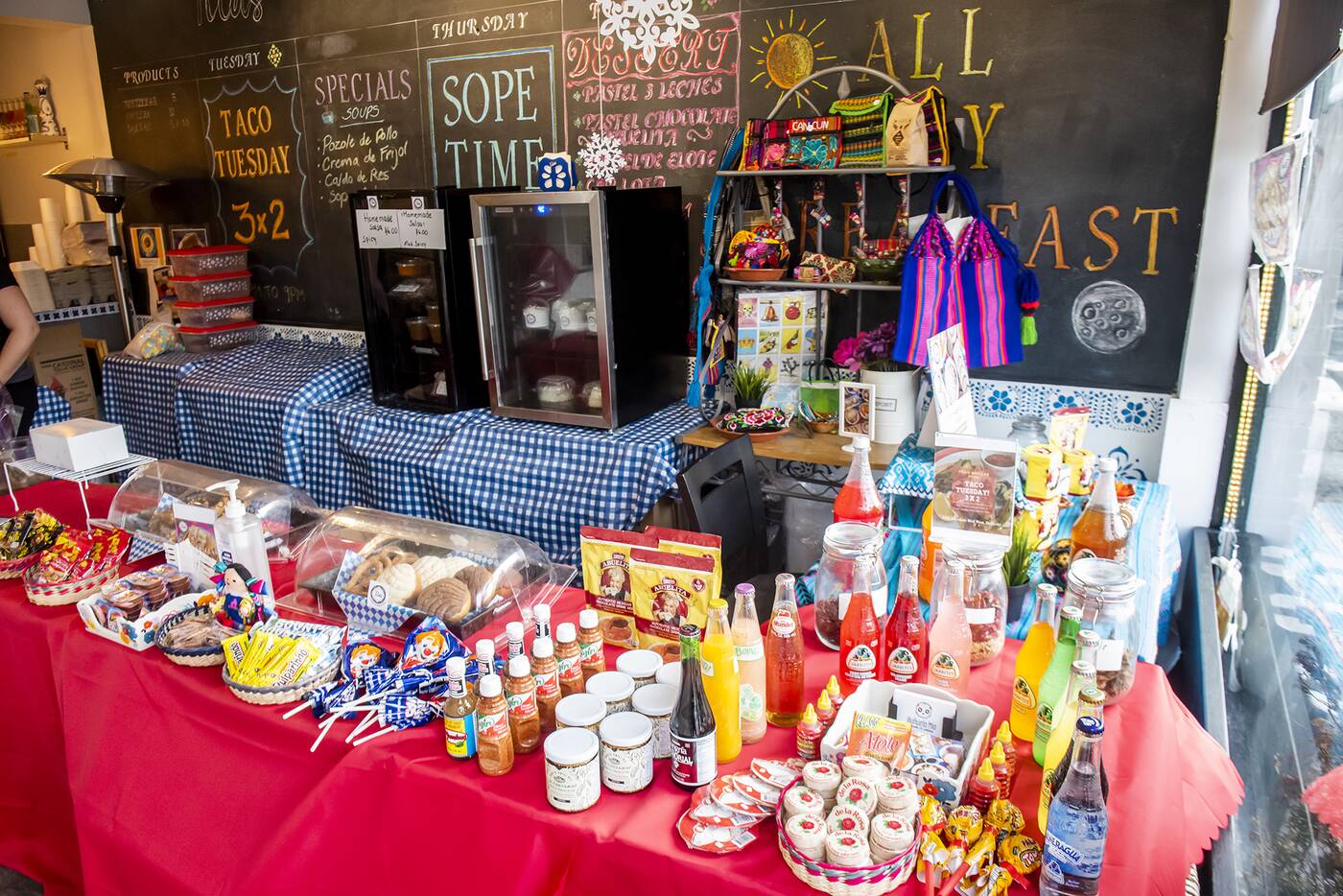 A number of unique and hard to find Mexican candies, drinks and baked goods can also be found spread out across a table at the entrance. 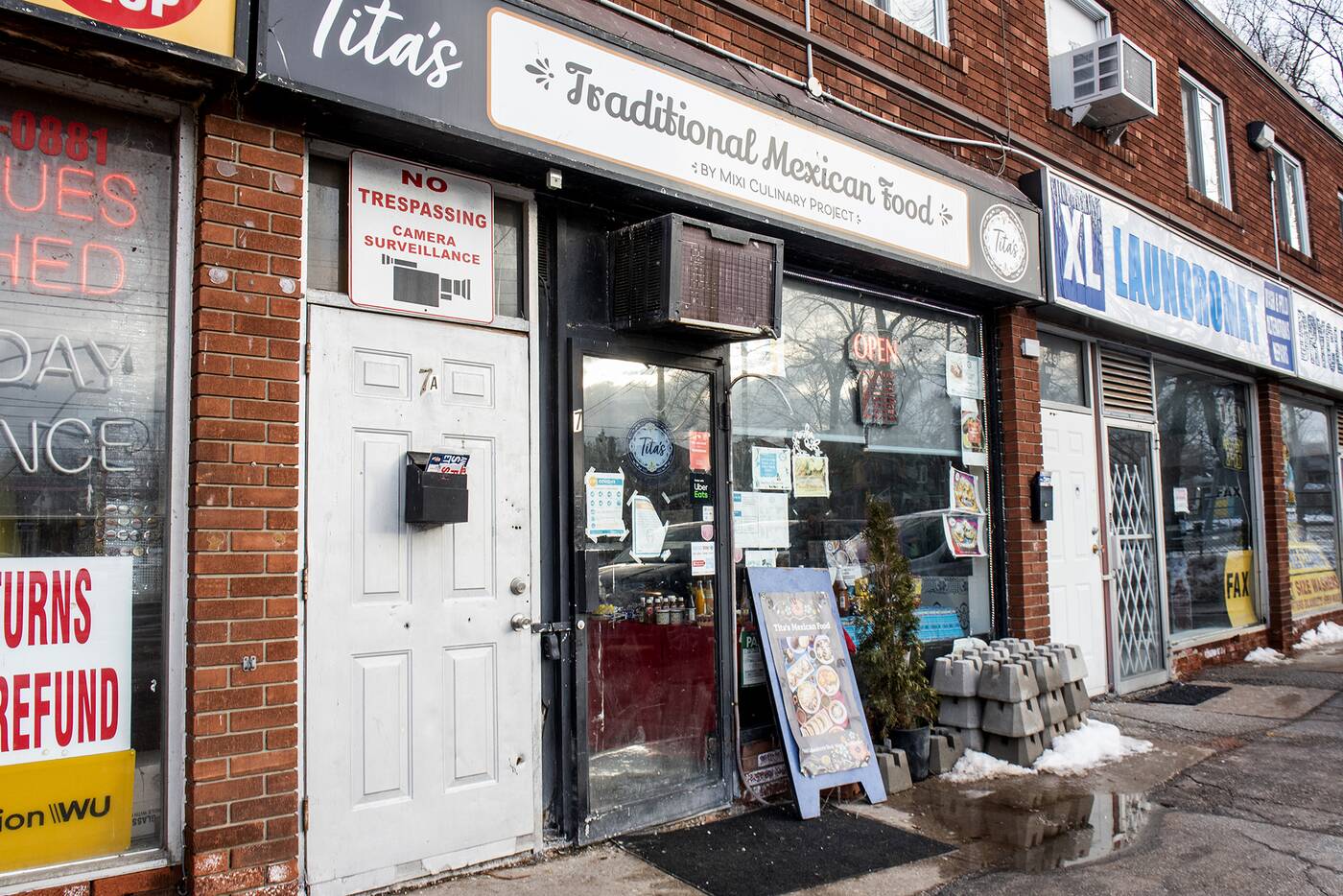