Three Monks and a Duck might not typically be found together, but they can still hang out. That’s the philosophy behind the name of this restaurant, where ingredients are influenced by a variety of regions and dietary preferences.

There are three monks and only one duck, because the menu is 70 per cent plant based, with clear symbols throughout and modifications available for almost everything. The concept comes from the same people behind iHalo Krunch. 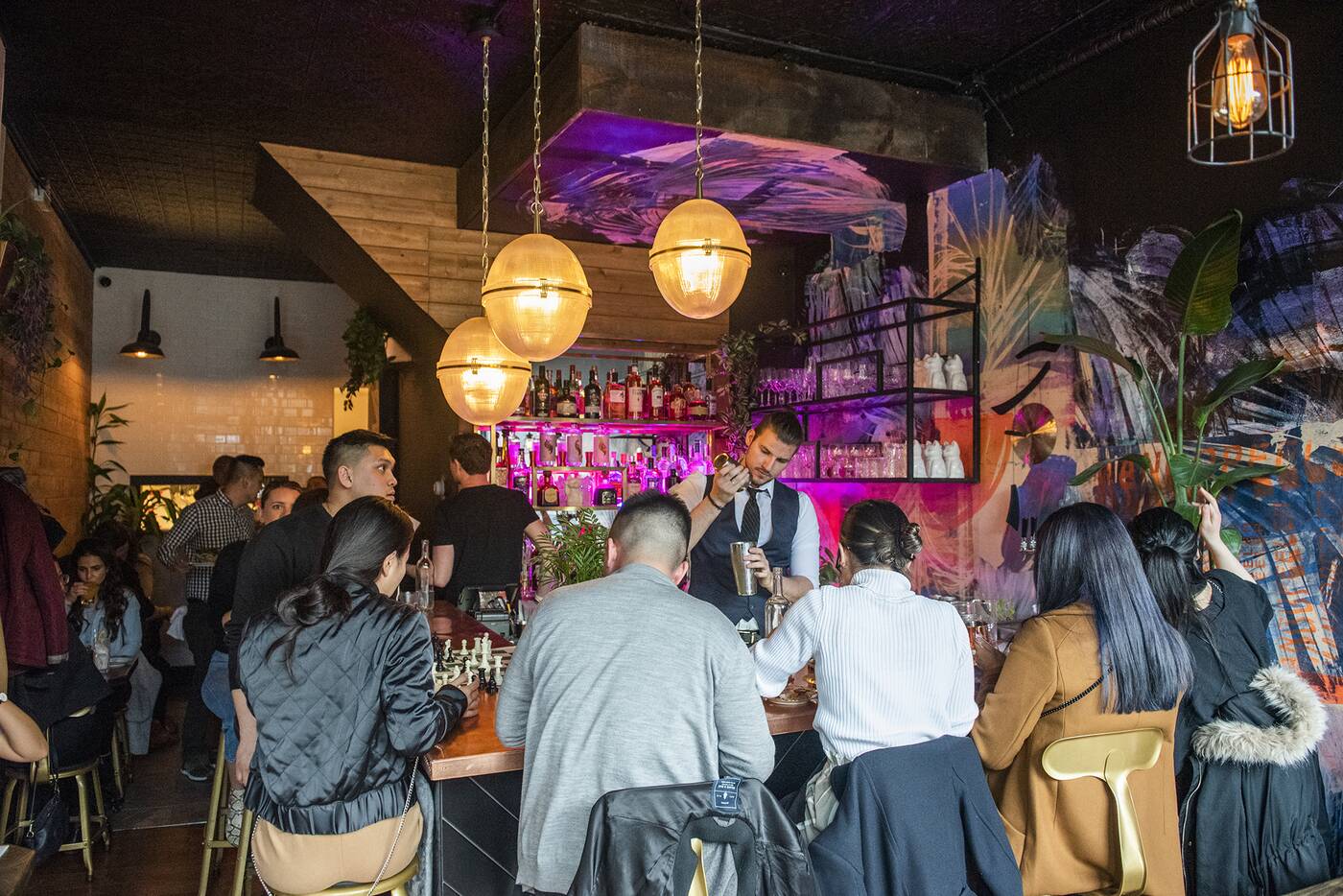 While cramped, the space is colourful with a large overarching mural and giant front window. 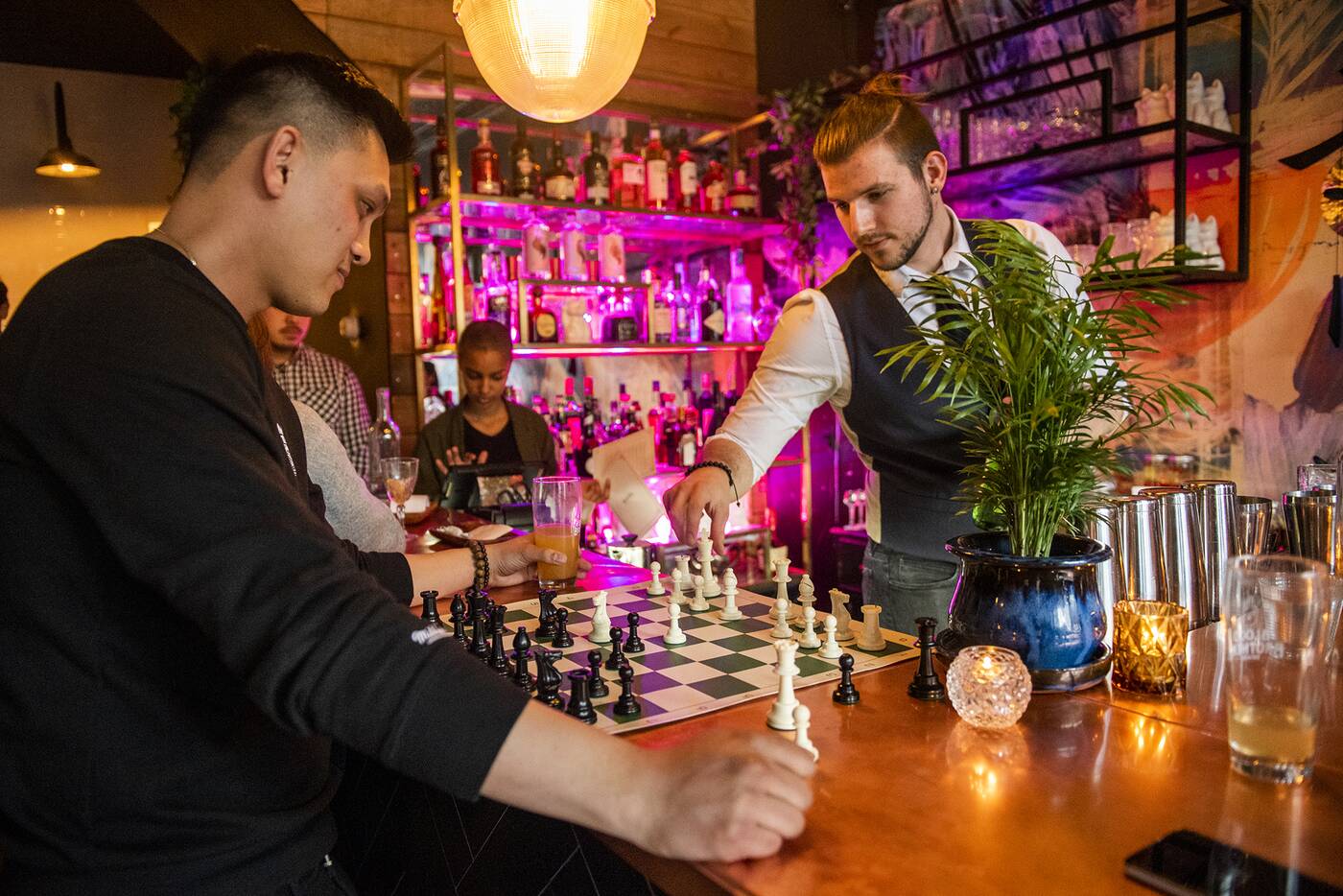 A seat at the bar has a chess board built into it where you can play the bartender for a free drink; however, he does happen to be a trained grand master. 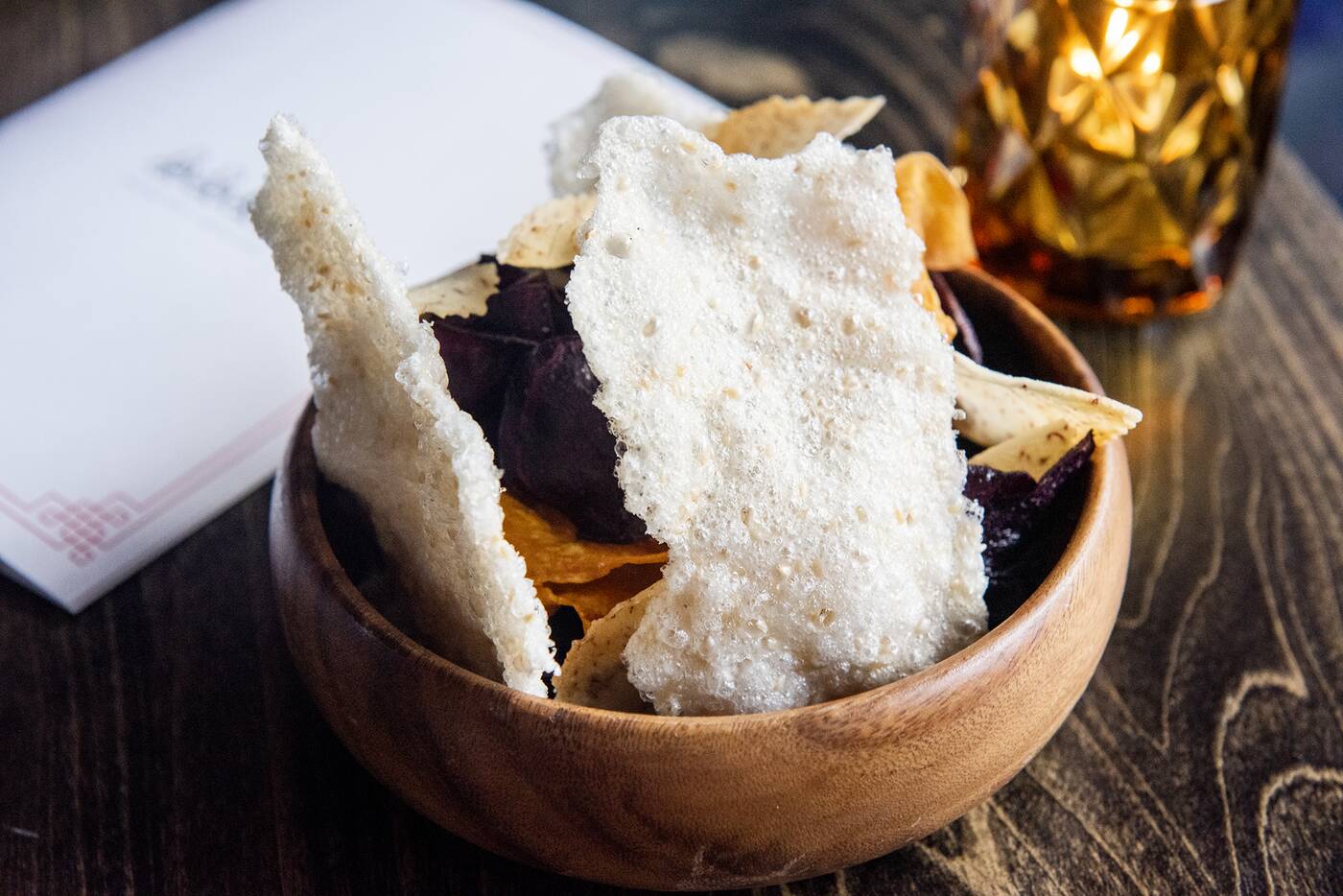 Chips ($5) make for a great bar nibble or side, an assortment of taro, sweet potato, and sesame puffed rice chips that steps up an ordinarily one-note snack. 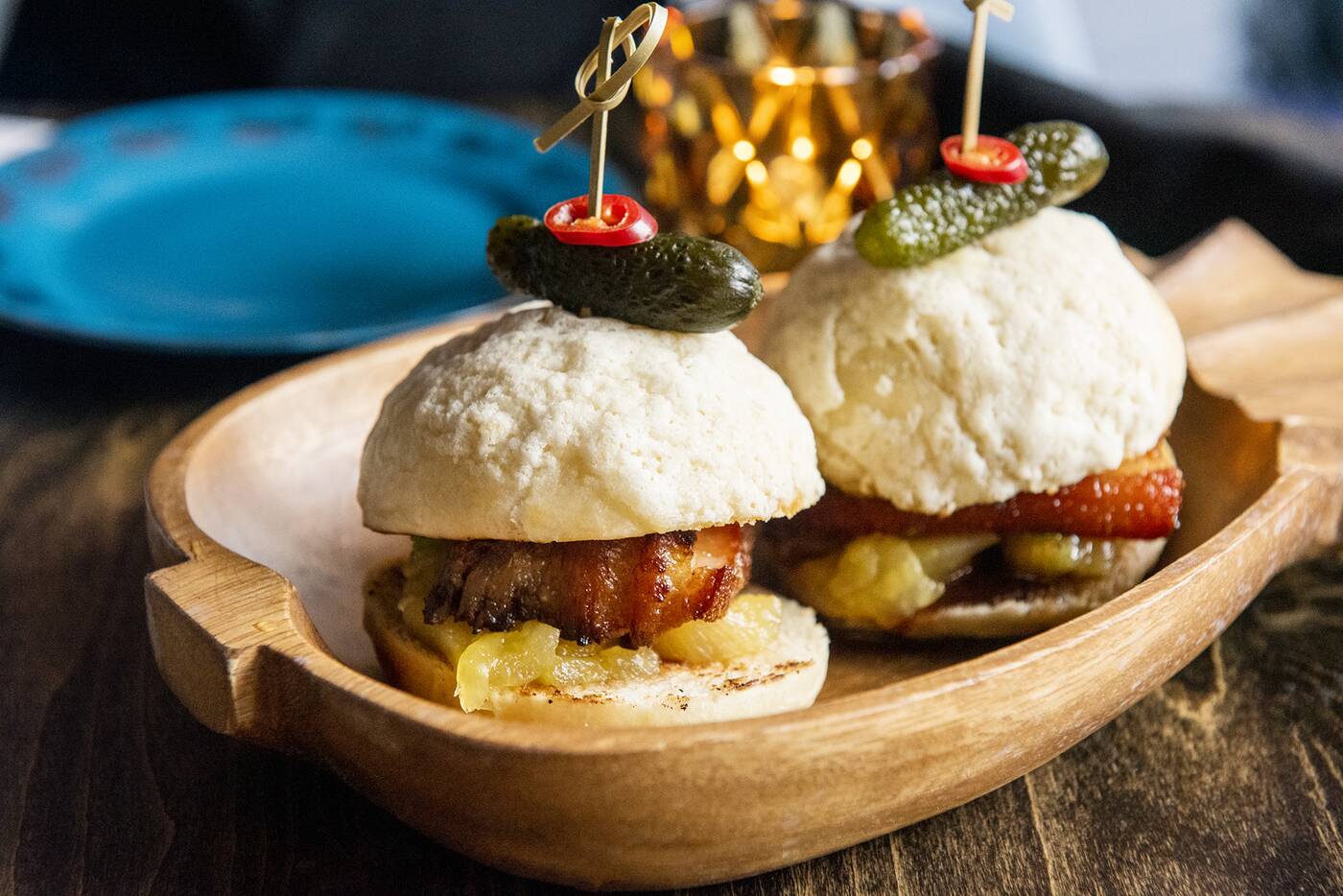 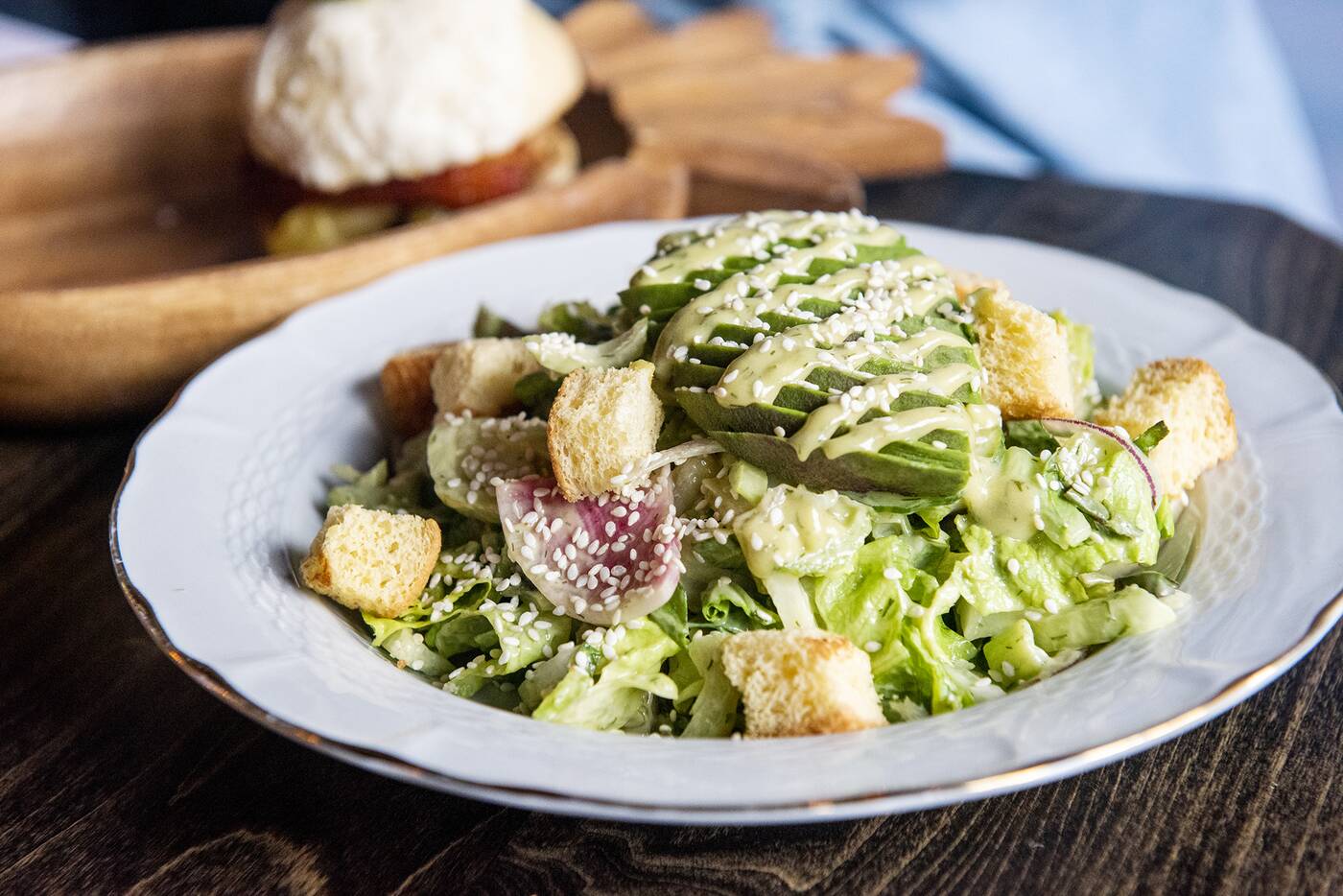 A Mac Daddy Salad ($9) is vegetarian (vegan without brioche croutons), more of a reference to a Big Mac than an imitation of its flavours with chopped greens, red onion, a decent amount of sliced avocado and a creamy dill dressing. 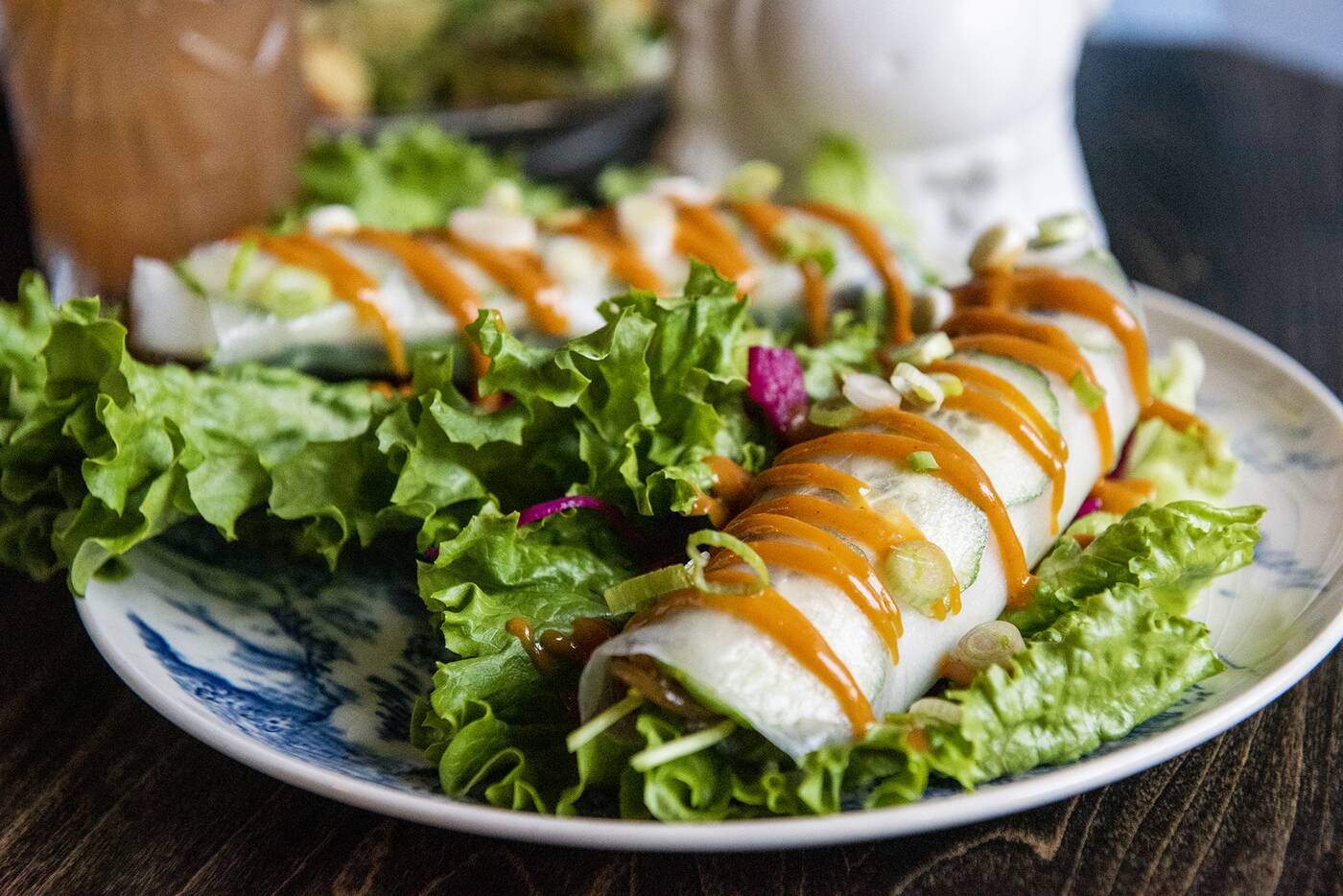 Rolled Up Greens ($11) feel caught between a fresh roll and a lettuce wrap rather than a successful fusion of the two, the large leaf unwieldy wrapped around the big, heavily sauced roll. I’d probably prefer them as just rice paper rolls stuffed with japchae noodles and veggies. 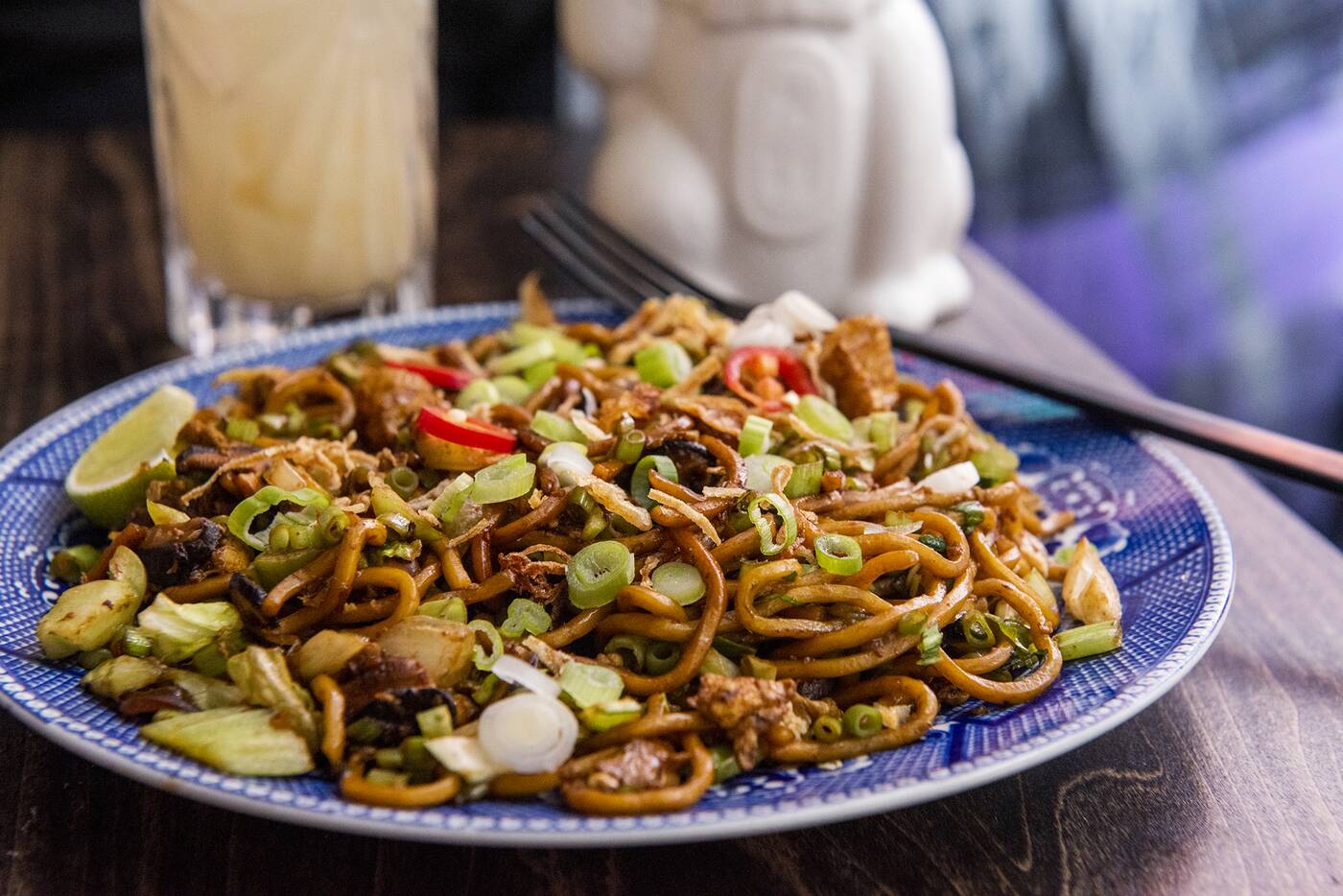 Send Noods ($14) is how we’ve all been dying to order noodles, and our wish has come true in the form of this comforting dish of miki noodles, mushroom and mild tofu, chopped Asian greens and egg. 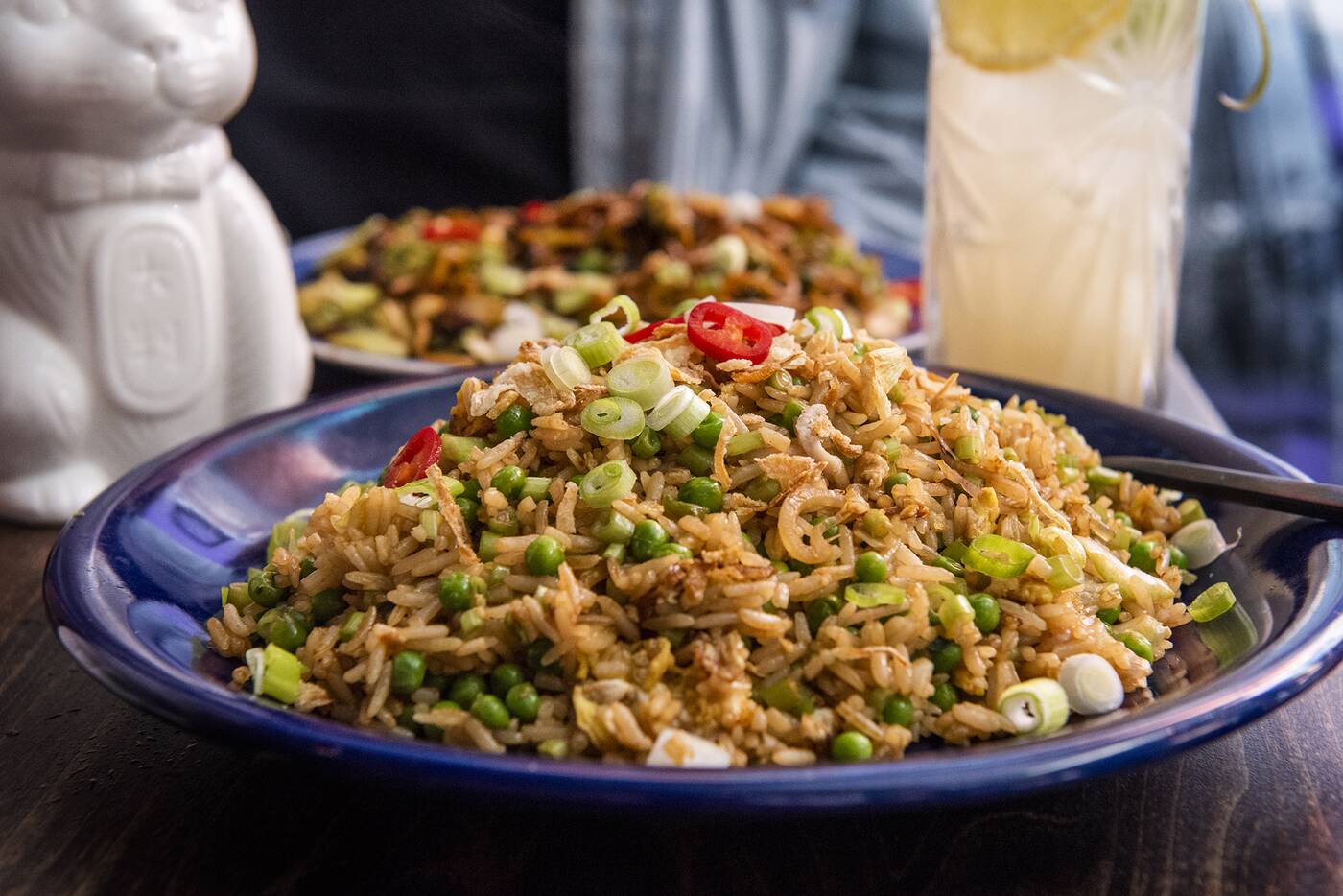 Green Out Fried Rice ($13.50) is pretty much what you’d expect, a notch above takeout with chopped Asian greens, sweet soy, egg and crispy shallots. 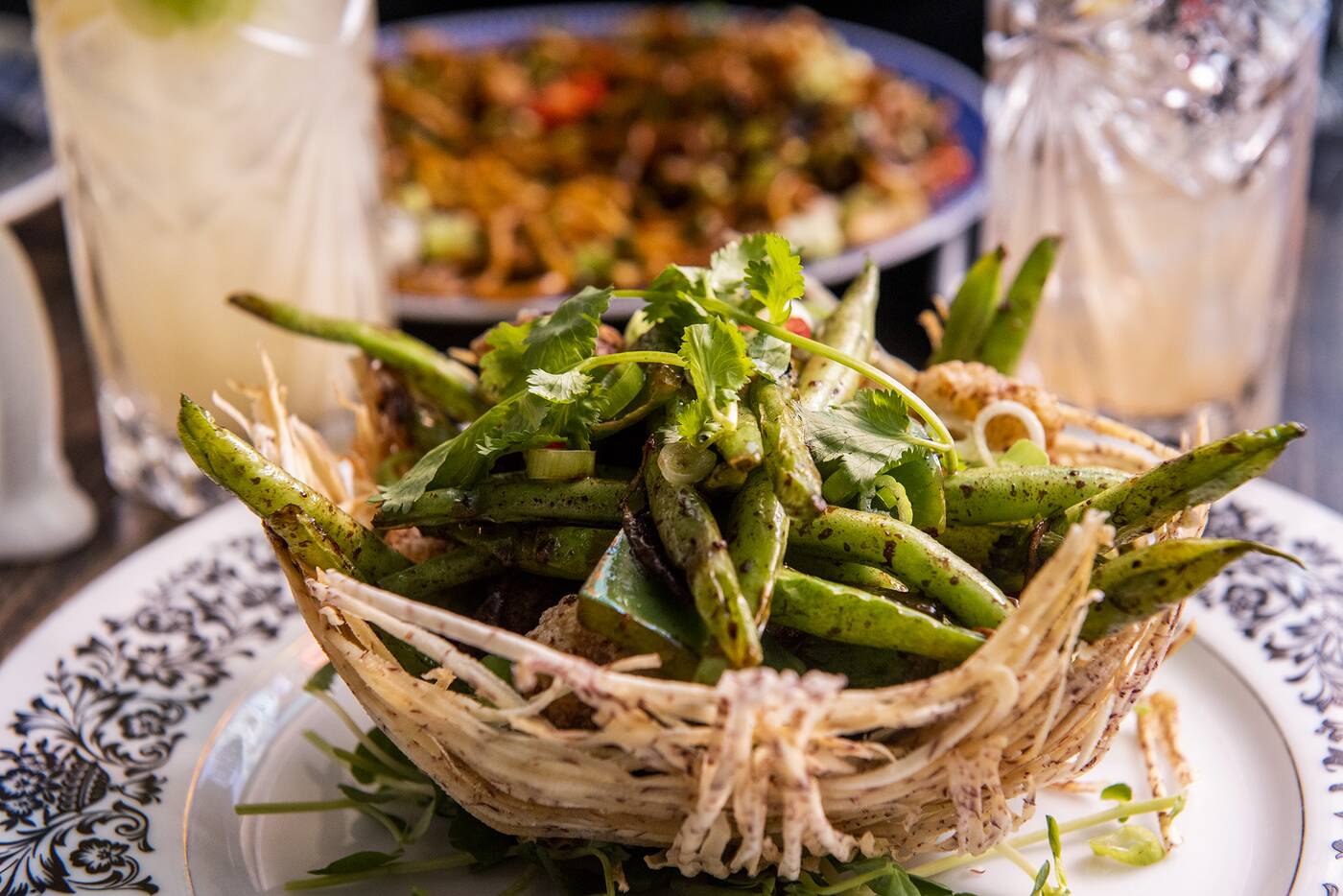 Green Bird’s Nest ($12.50) is a vegan dish of sticky sweet cauliflower and green beans served in a crispy taro basket meant to be shattered interactively. 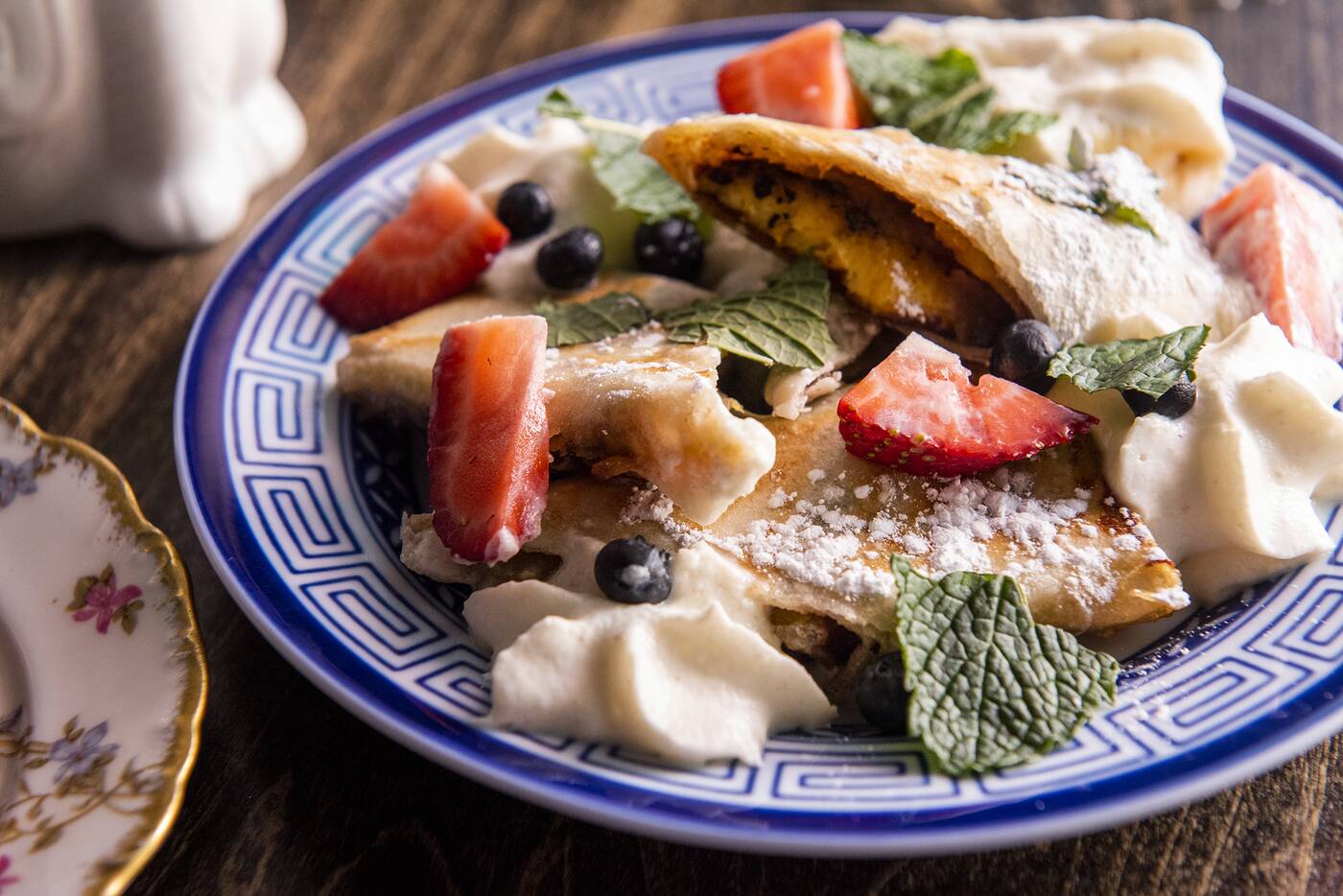 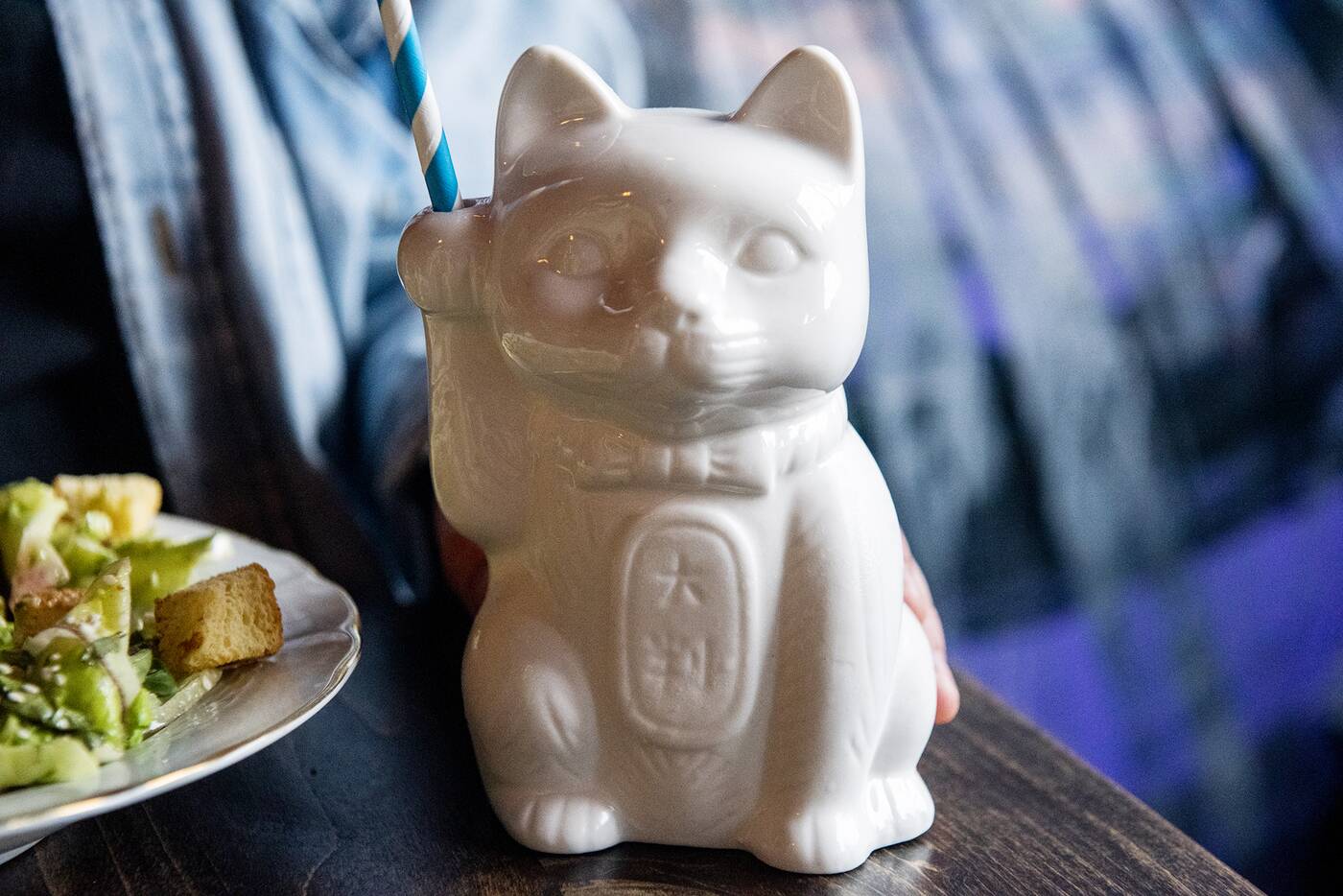 The Buddha Belly ($14) with soju and plum wine as well as the Cat Lady ($15) with Toki and fermented pineapple honey are both boozy cocktails served in novelty vessels. 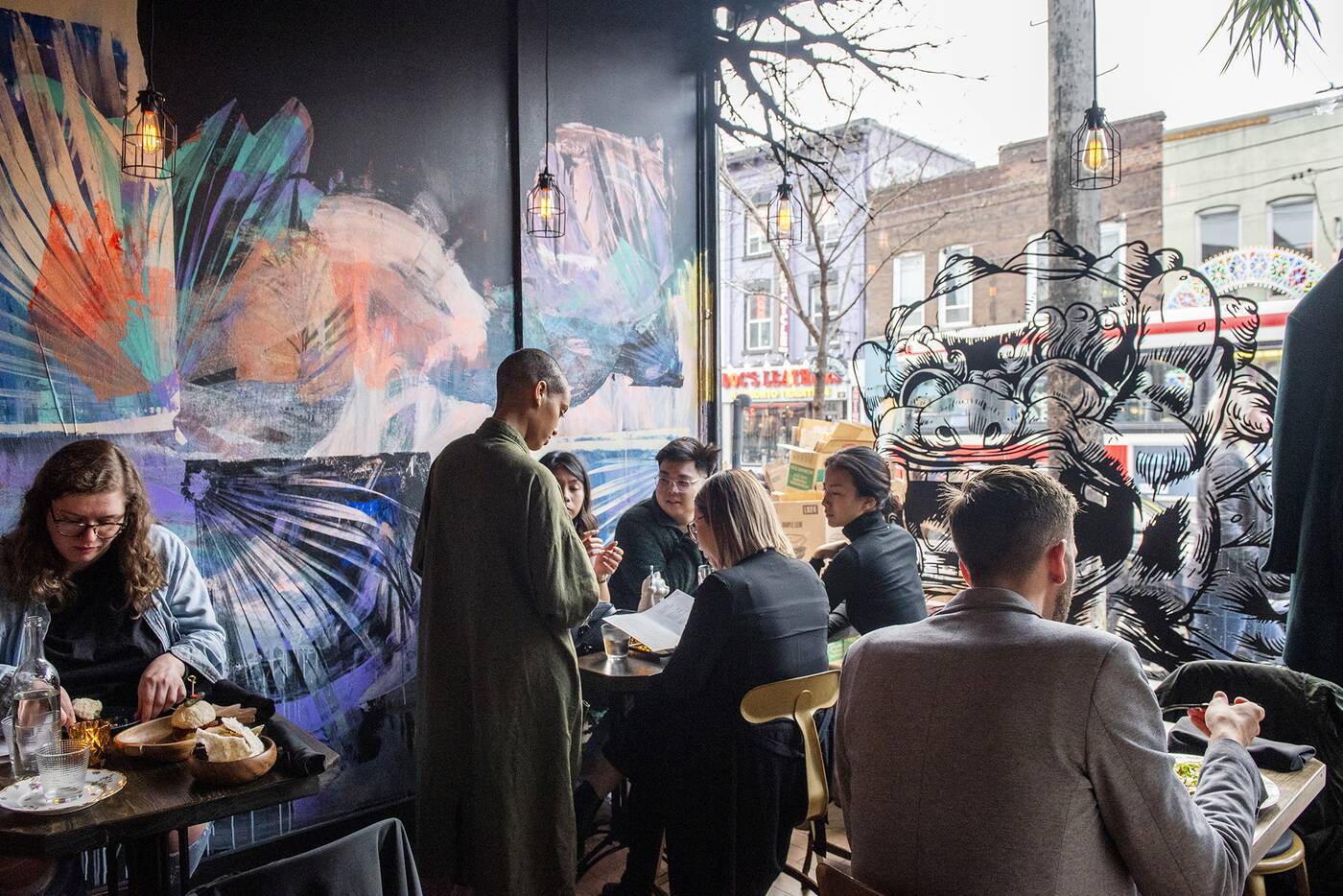 Whenever a gong is rung, that means it’s a “gong show” and everyone gets a snack for free. 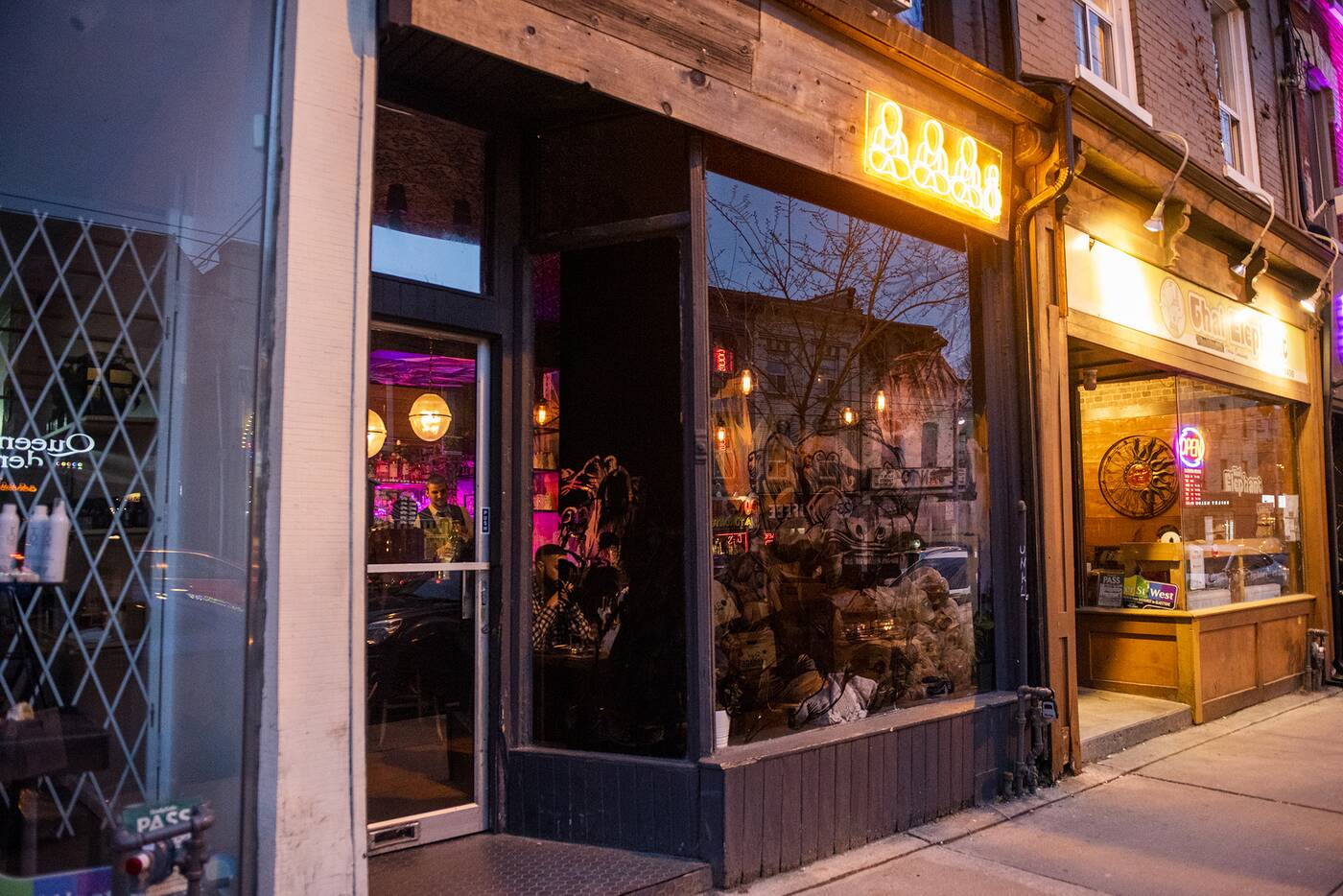