THR & Co. is the new offshoot from the same team behind the neighbouring The Harbord Room . Partners Curt Martin, Liz Campbell, Chris Shiki, Cory Vitiello and Dave Mitton hope to emulate their initial success with this new spot that is exponentially larger than the first. 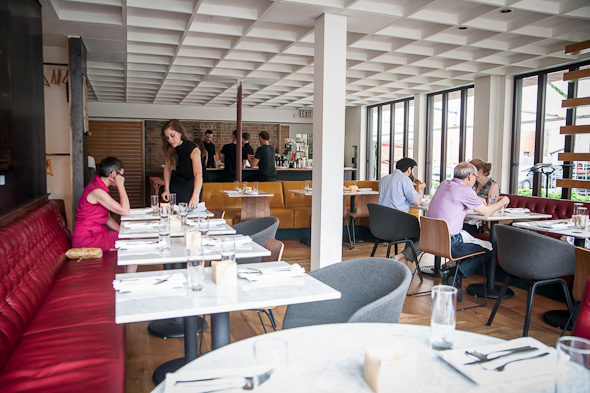 The 60-seat dining room is cleverly laid out to feel quite intimate while also offering generous seating in oversized banquets amidst the mid-century furnishings. Jewel-toned textiles and graphic tile flooring warm the space with rich textures and offer plenty of eye-candy. 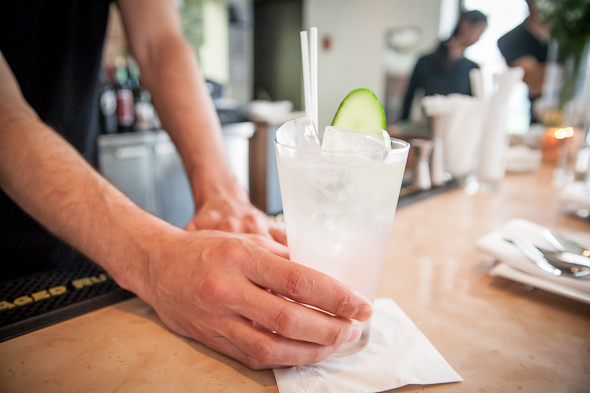 The wine list from sommelier Michael Logue is extensive without trying to compete with t he cellar across the street . There is a nice range of price points and varieties. Plenty of offerings come from Ontario and California but there are several selected based on the broadly Mediterranean regions that the menu visits. The beer and cocktail list is more concise offering only four selections of each. A Tall Confession ($12) is one of example of the carefully crafted cocktails, made with gin, lime and dry cucumber soda sweetened with mint syrup and blueberries. 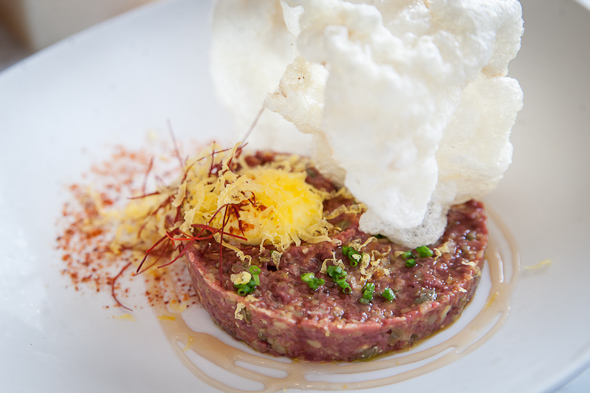 Reinterpreting the iconic components, the Beef Heart Tartare ($12) surprises me when the sunny yellow centre turns out to be a dollop of creamy espelette mayo; a cured duck yolk instead makes its way to the plate gently shaved over top. Dotted with briny green olive relish, the raw meat is chopped especially fine making it easy to spoon over the accompanying puffs of crispy tendon. 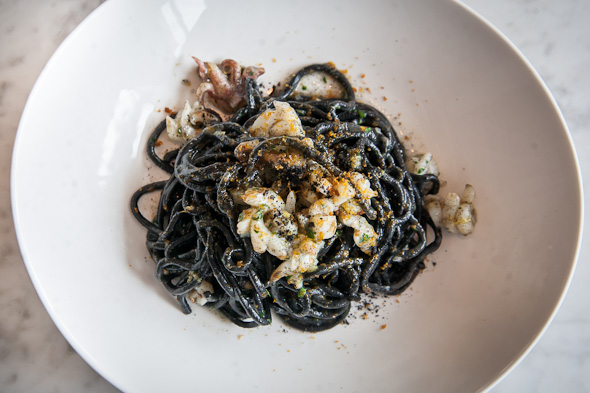 For the rest of the night, nothing else can compare to the spectacular tartare. That's more a testament to its quality rather than a knock against the other dishes, though. I have no complaints about the housemade Black Spaghetti ($13/$19) that comes next. The pasta itself is peppered with poblano ash and tossed with olive oil before being adorned with charred squid, cured roe and pequin peppers. 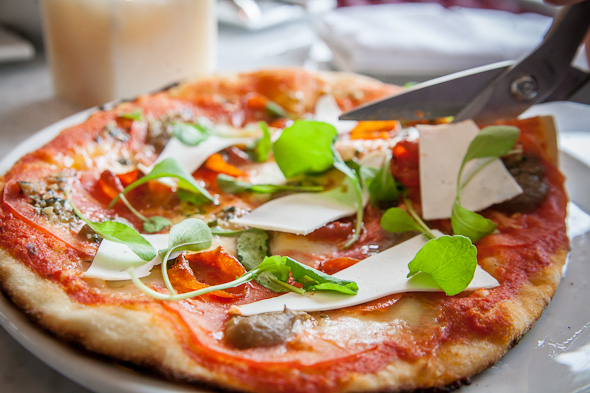 Taking advantage of the stone pizza oven, inherited from previous tenant Messis , there are also 'pies' on the menu like the Buffalo Mozzarella ($13) that is melted over tomato slices, roasted eggplant on a crispy light crust. 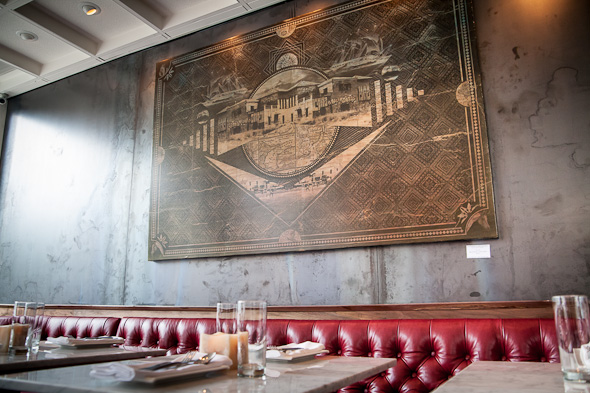 Currently the THR & Co. is open for dinner, but, by end of summer they're hoping to be a 7-day, two service kind of place that will do weekday lunch and weekend brunch. The boulevard patio should open in the coming weeks for which they'll even accept reservations. 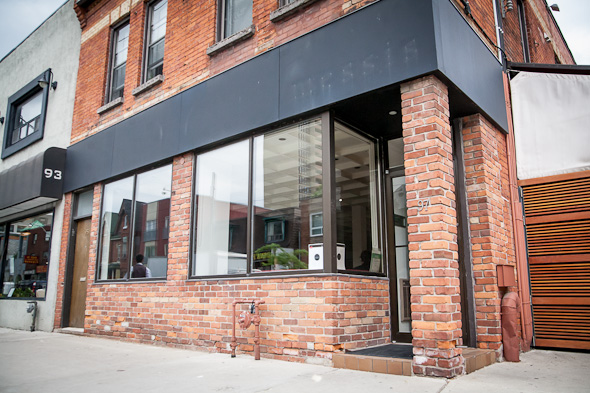