The Vegan Duchess wants to show midtown diners that eating raw, gluten-free and vegan doesn't have to be bland. The tiny takeout spot near Yonge and Eglinton uses only organic produce and zero sugar or gluten in any of its recipes - from salads and pizzas to burritos, wraps and raw zucchini "pasta".

Owner Luis Calma explains that when he first switched over to a raw and gluten-free diet, "I found that all the recipes were really interesting and really tasty." So he decided to open up an eatery of his own. 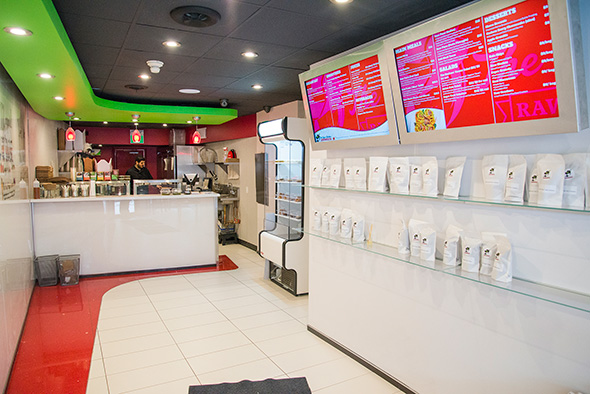 Now, the former Flight Centre location is not only a popular lunch spot with locals - it's also become a destination for those with dietary restrictions looking for something new. The menu includes entrees, smoothies, snacks and sweets, all of which are made on the premises. 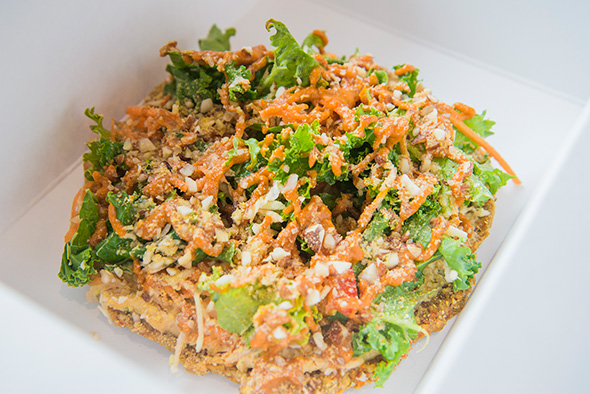 Their most popular dish is the falafel wrap - which surprised the staff, given that it's built on a wrap made of collard greens instead of a pita - but their pizzas, built on a crust made of dehydrated red pepper, buckwheat, flax and sunflower seeds, and a touch of Italian seasoning, are a pretty close second.

The pizzas ($15) come in two varieties: An Italian variety with kale, cashew "ricotta" and a tomato-pepper-basil sauce; and a pesto pineapple with spinach parsley pesto and a generous smattering of olives.

Of the two, the latter is my fave - the pesto is ultra-fresh (and a little reminiscent of tabbouleh, thanks to the healthy dose of parsley), and the pineapples provide just enough sweetness to add some contrast. 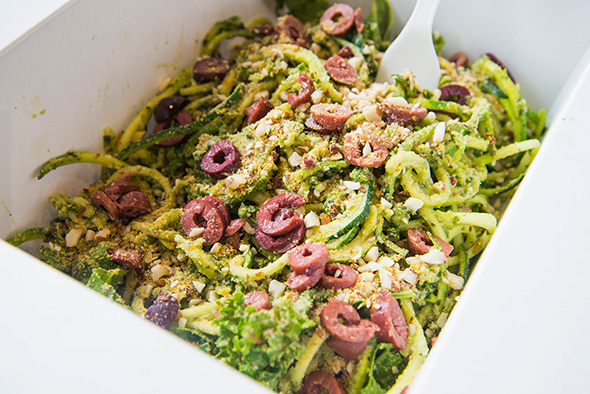 Raw pasta, made from spiralized zucchini, is available as spaghetti and meatballs, a raw take on pad Thai, or in a Mediterranean version with more of that pesto and olives. At $15.50, it's a hefty serving (there must be three huge zucchini in that takeout box), and the raw veggie noodles are surprisingly satisfying - like eating a salad you can slurp off a fork. 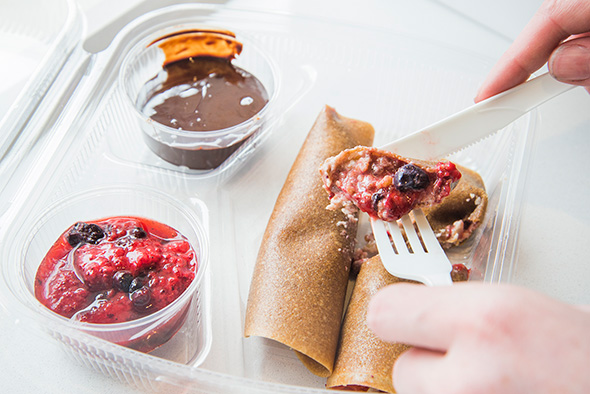 If you're craving sweetness, grab the crepes ($12) off their all-day brunch menu. Made from dehydrated fruits like apples and bananas, they're wrapped around berry coulis and whipped coconut cream, served with a super-rich chocolate sauce. 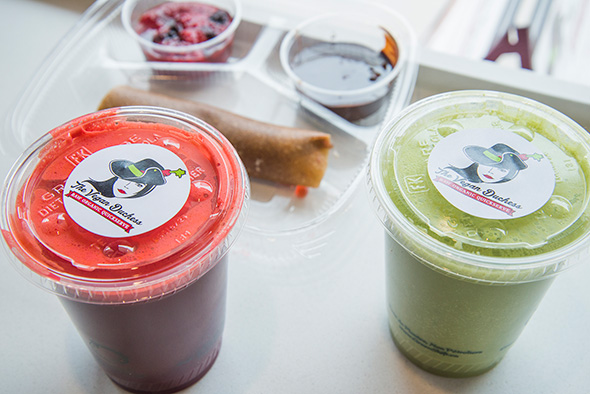 Like any self-respecting health food joint, they also do smoothies and juices; a fave is their Green Protein Machine ($8), which features kale, hemp and hemp milk, banana, vanilla and pineapple (it all adds up to a gentle banana flavour with a hint of herbaceousness). A superfruit-focused juice cleanse will soon complement their juice menu. 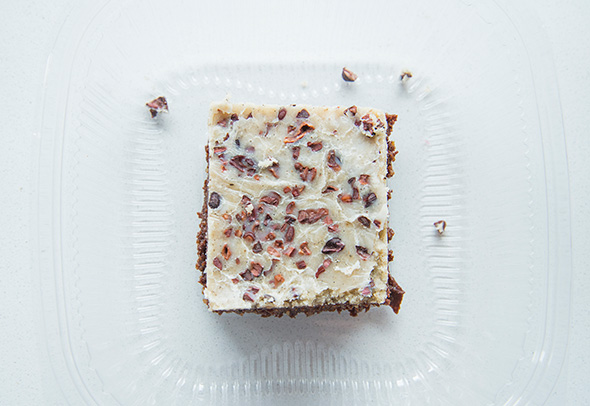 They also offer grab-and-go munchies, including raw nachos and bags of cheesy kale chips (both $9). On the dessert side of things, there's apple crumble ($8) and a chocolate brownie ($9), as well as bags of raw coconut macaroons ($9). Essentially, they've got all the raw makings of a healthy lunch. 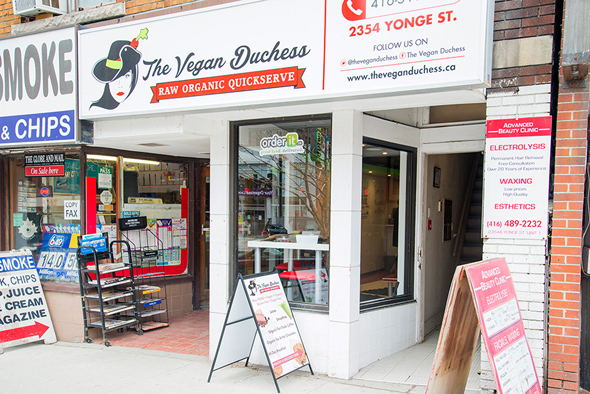