The Saint Tavern finally opened earlier this month after long licensing battle saw the Ossington Avenue restaurant sit in limbo for roughly three years. Despite the wait, owners Peter Tsebelis and Gus Giazitzidis have still brought something a little new to the street. Although many will want to call it a gastropub (don't do that), the Saint is more like an upscale tavern that takes drink as seriously as food. Its warm, downplayed decor coupled with menu items like steak frites and daily oysters also hints at a French bistro. 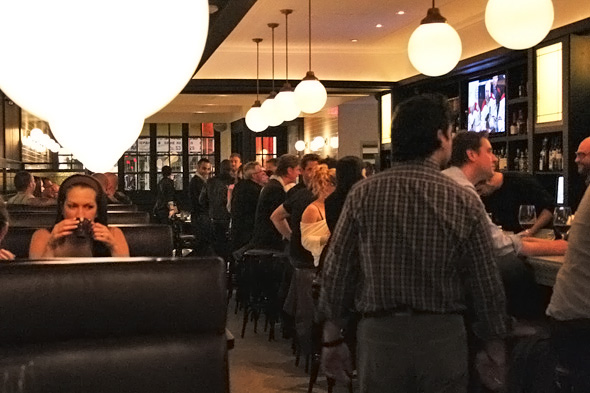 Outside, the restaurant is unassuming, which belies the hustle and bustle inside. The dining space is narrow, but far deeper than you'd imagine walking in the door. The bar area seating (at the front) is dark and lush, with large semi-circular booths (again, bistro-like). Diners with reservations are ushered to a white-titled area in the back. The colour contrast is abrupt and provides a nice distinction between the casual bar atmosphere and the serious work in the kitchen. 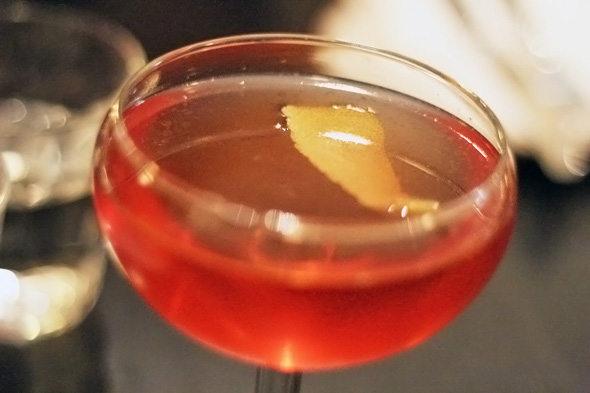 The Saint's bar menu dwarfs that of the food. All the mainstream cocktails are covered here ($14), with a few signature offerings that are highlighted at the top. I tried the hard-to-find Aviation ($16), which comes in at 2.5oz of booze, despite the subtle flavour profile. Although not as good as the one on offer around the corner at Cocktail Bar — they actually craft their own crÃ¨me de violette — it's still a refreshing start to the meal, somewhat reminiscent of Turkish Delight. 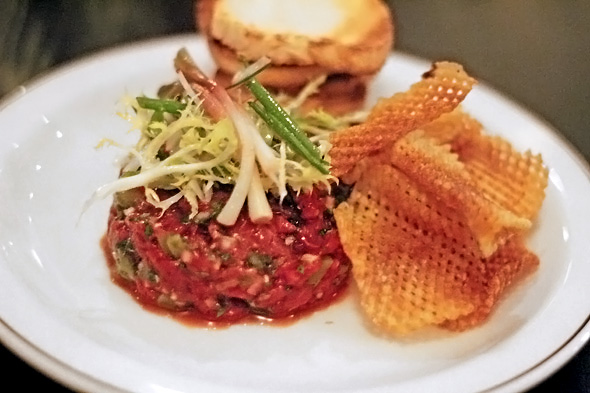 We shared the steak tartare ($14), which is already a new favourite of mine. The meat was bright and tender with a delicate heat hovering in the background. It's topped with pickled greens and served with both soft toasted bread rounds and crispy, almost cheesy, waffle chips. 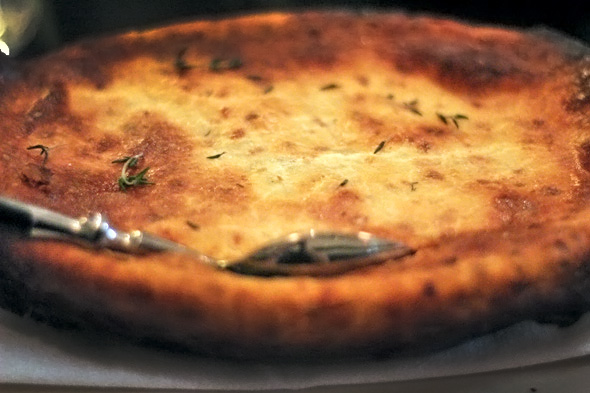 For a main, I ordered the day's Savoury Pie ($20), which was chicken and vegetable. The waiter warned me that it's a large portion, and he certainly wasn't exaggerating. I foolishly ignored him and ordered the creamed spinach side ($6). While the pie was large enough to be an entire meal, I don't regret ordering the side because the spinach, served with ricotta, was amazing. The pie had a thin crispy crust and large strips of fresh, juicy chicken. Unfortunately it was under-seasoned, and thus a bit bland overall. Best to correct as best you can with some salt at the table. 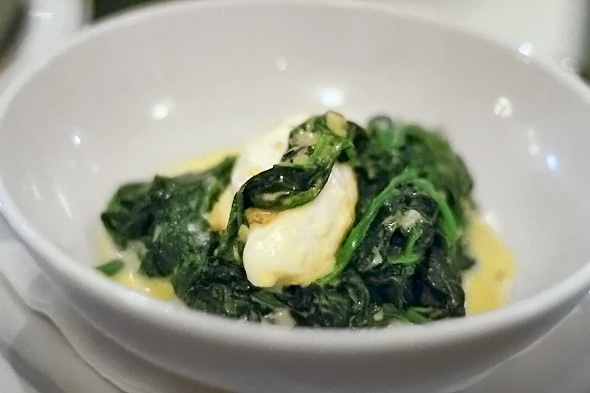 My companion had the Crispy Duck Leg ($21, lead photo), a dish which really showed off what the kitchen is capable of. The meat is juicy and fork-tender, and the skin crisped to perfection. Served on a bed of stewed baby vegetables and white beans in bacon, the portion size isn't skimpy either. She ordered a side of asparagus with Parmesan ($6) to accompany the duck, and though it was quite good, the beans were just that much better. Upon finishing our mains, we were just too stuffed to consider the dessert menu.

From the fluidity of service to the comfortable attitude of what already appear to be regulars, you'd never suspect the Saint's been open less than a month. It occupies the sweet-spot between fine dining and a boisterous pub atmosphere. Every conversation has to be shouted when the dining room fills up, but that just adds to the neighbourhood vibe that's already been well cultivated here. 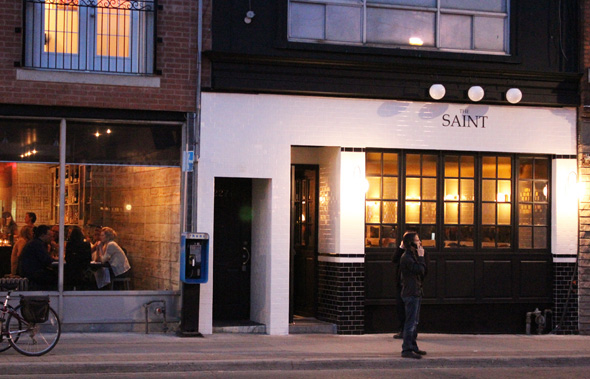