The Commoner is a charming and spacious neighbourhood restaurant putting some much needed love and personality back into the corner where a Wild Wing used to be.

The place distinguishes itself with 32 taps pouring mostly hyper-local craft beer, and a sidelong patio where spots are snapped up during warmer months. 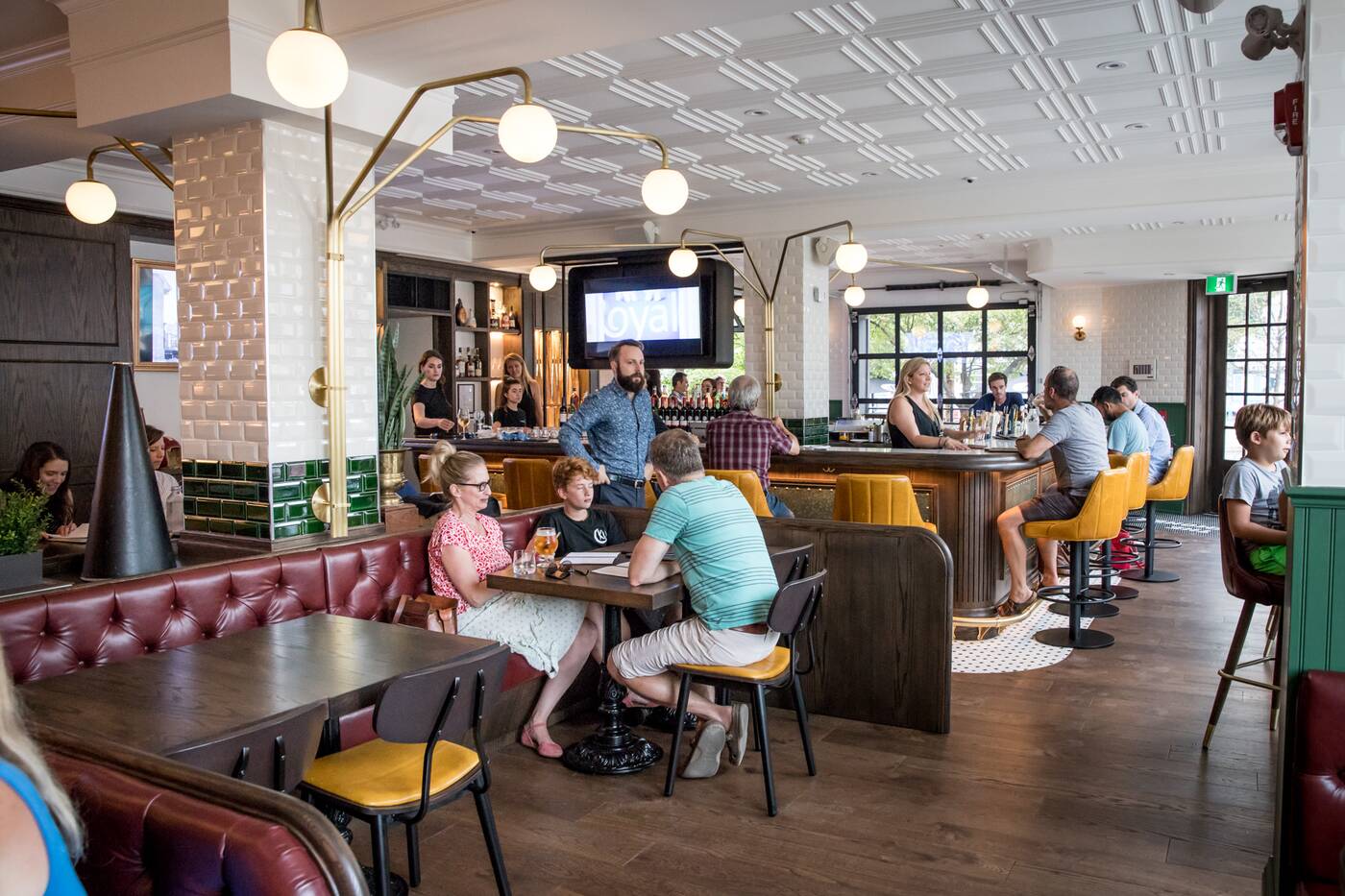 Marble and genuine leather lend a luxe yet welcoming feel, the restaurant decked out with antiques recalling the neighbourhood’s past. 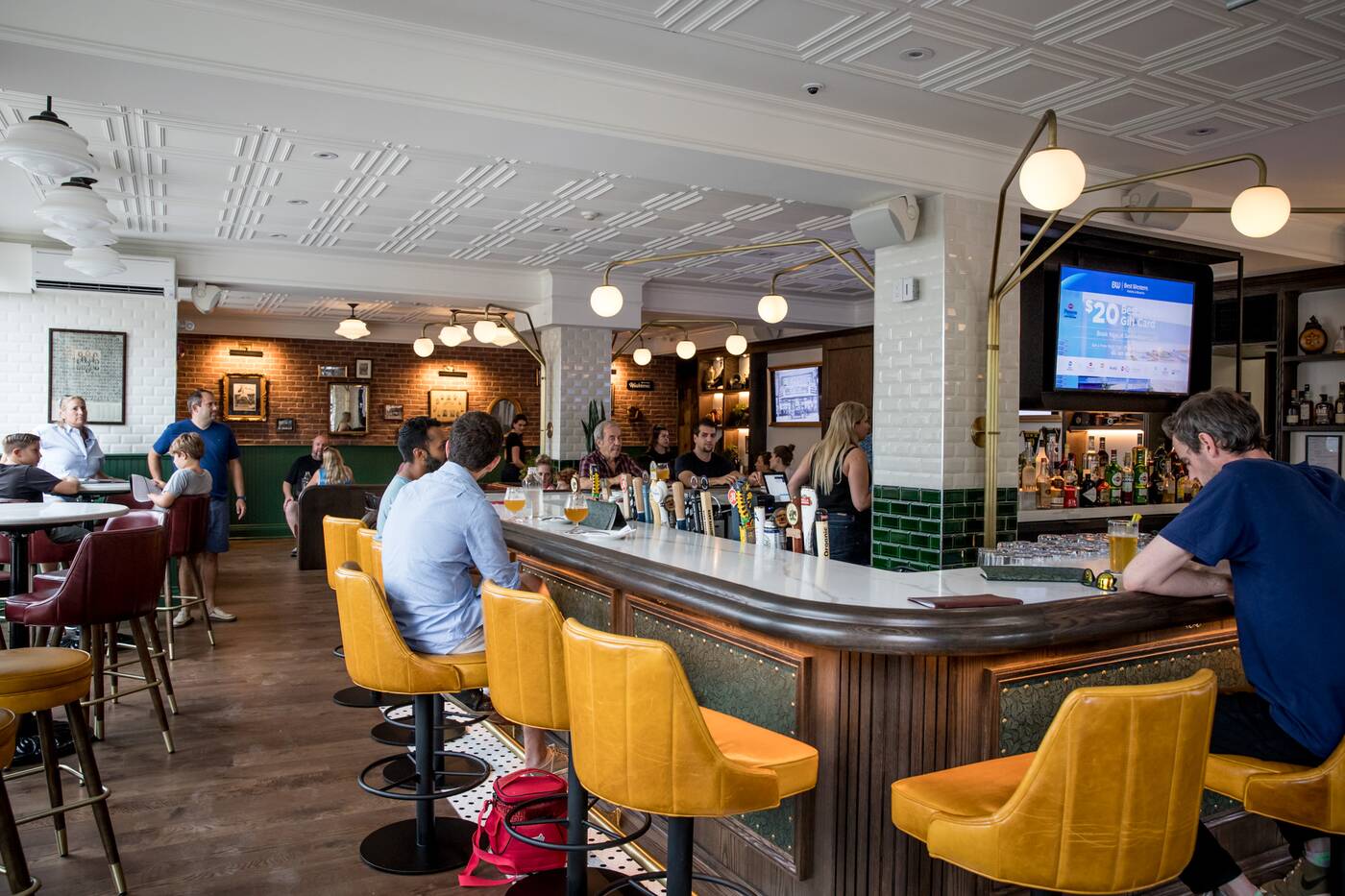 TVs show old photographs of the area that change nightly when there’s nothing on. 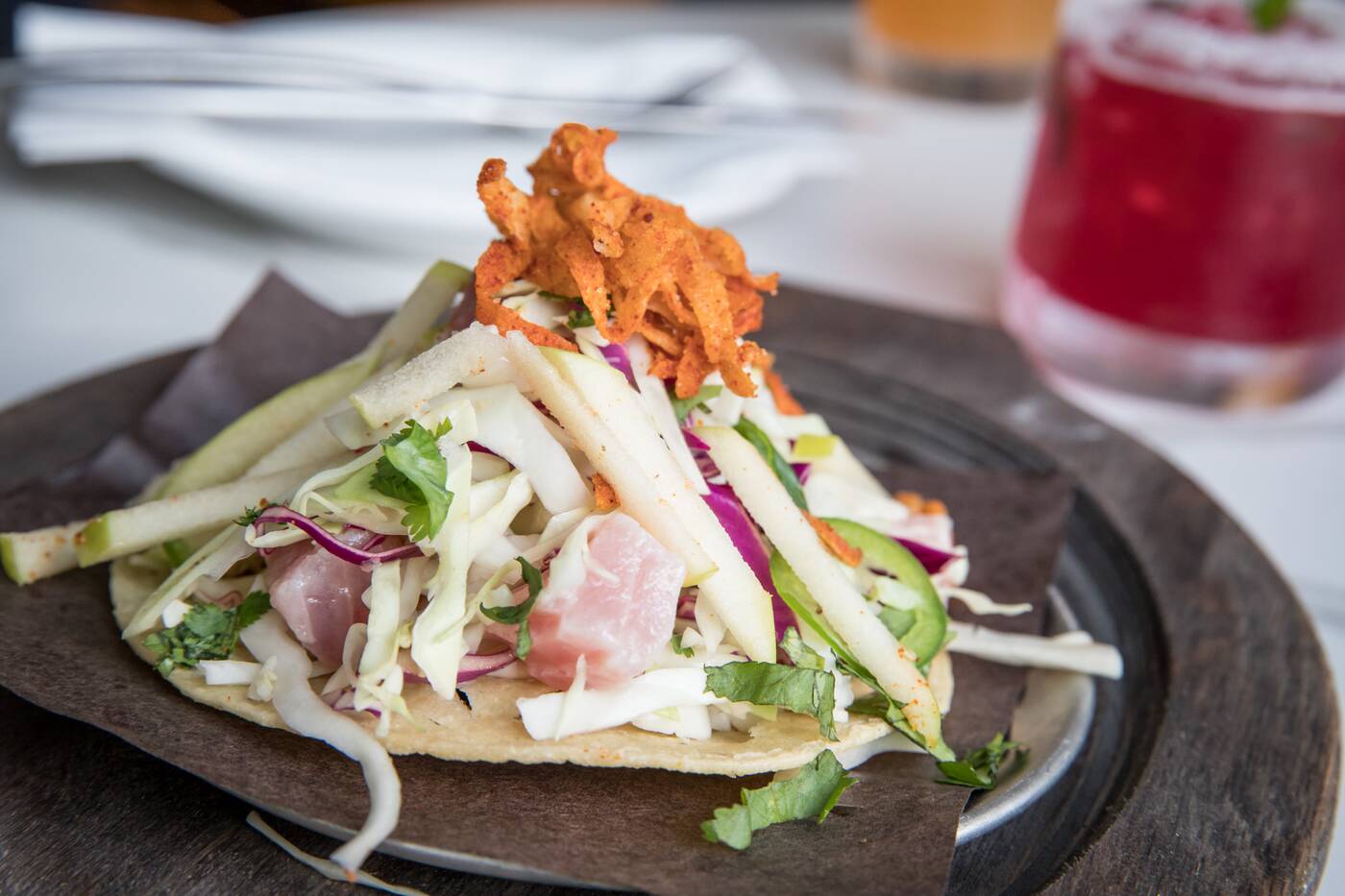 Tuna ceviche ($9) should probably be sold as a tostada, seeing as they’re baked in house, and rather than finely diced fish in liquid it’s more like a pile of rustic cut veg and apple with chunks of tuna loin and signature crispy onions on top. That said, the combination is fresh, crunchy and light. 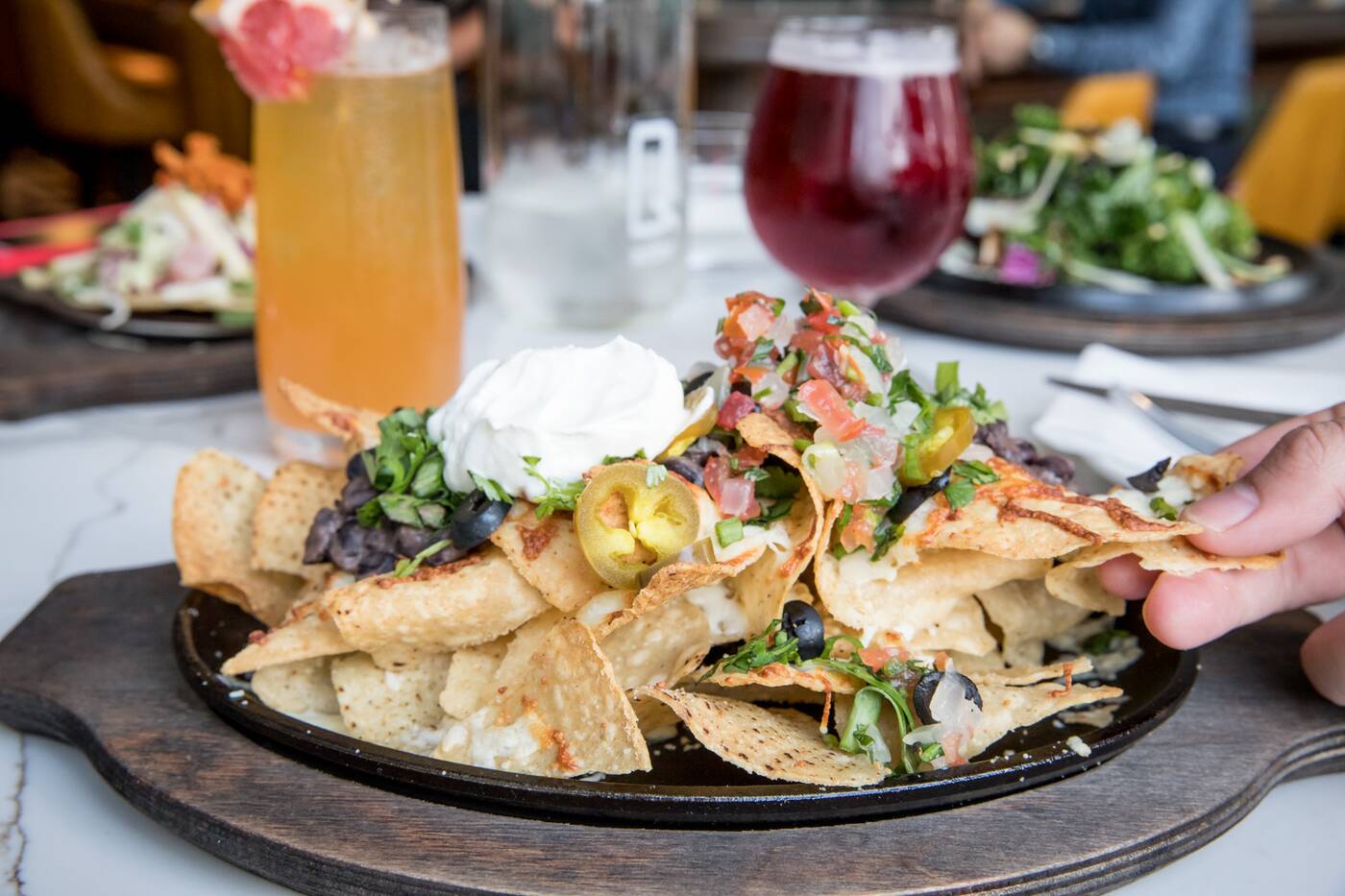 Major points for longevity on these: they stay sturdy whereas some nachos are soggy almost upon arrival. 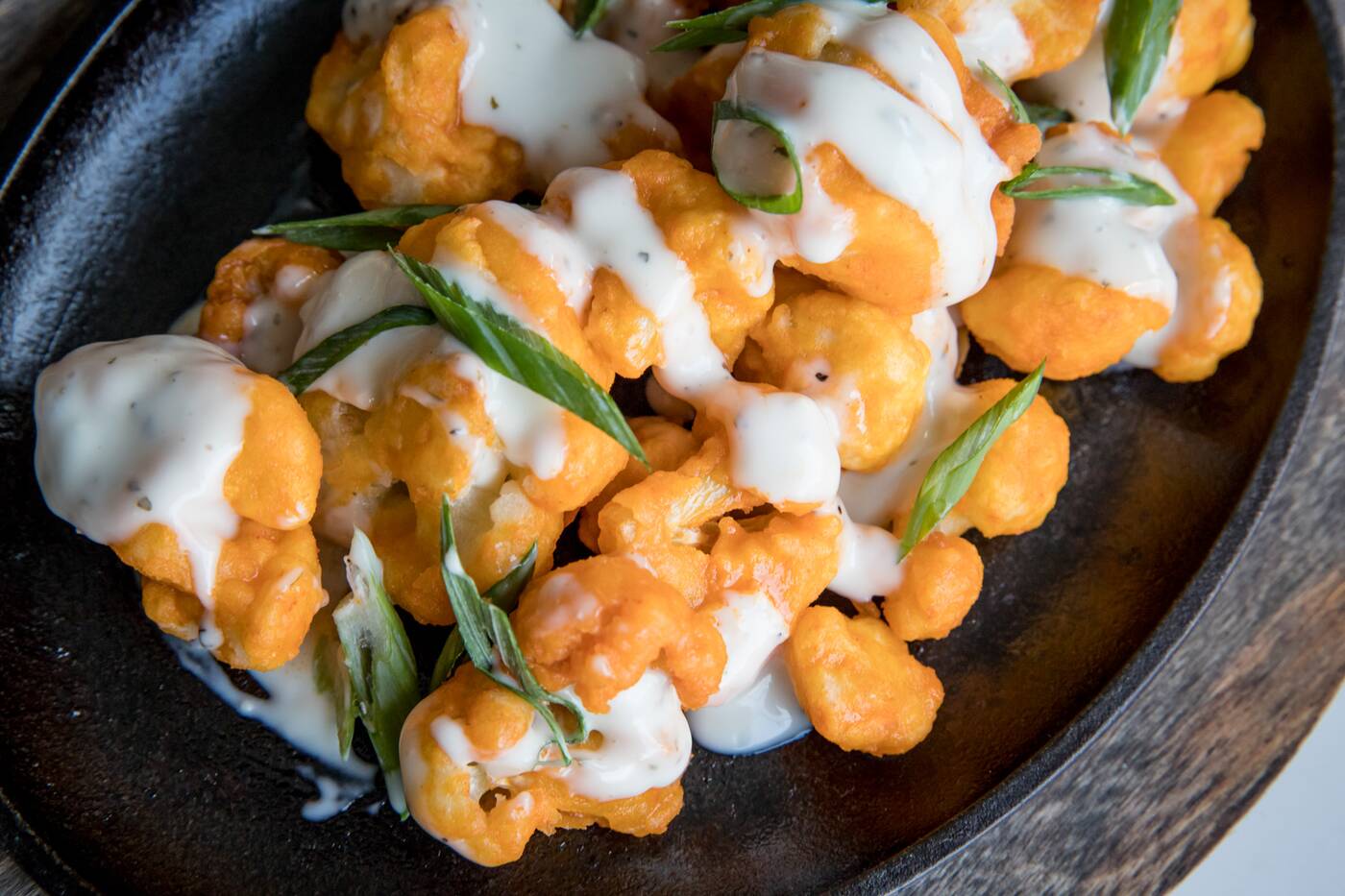 Buffalo cauliflower ($11) is one of those dishes that’s starting to become ubiquitous at Toronto bars, and this is a bang-up version with a light but spicy house sauce on heavily tempura fried cauliflower with an equally light but tangy blue cheese drizzle. 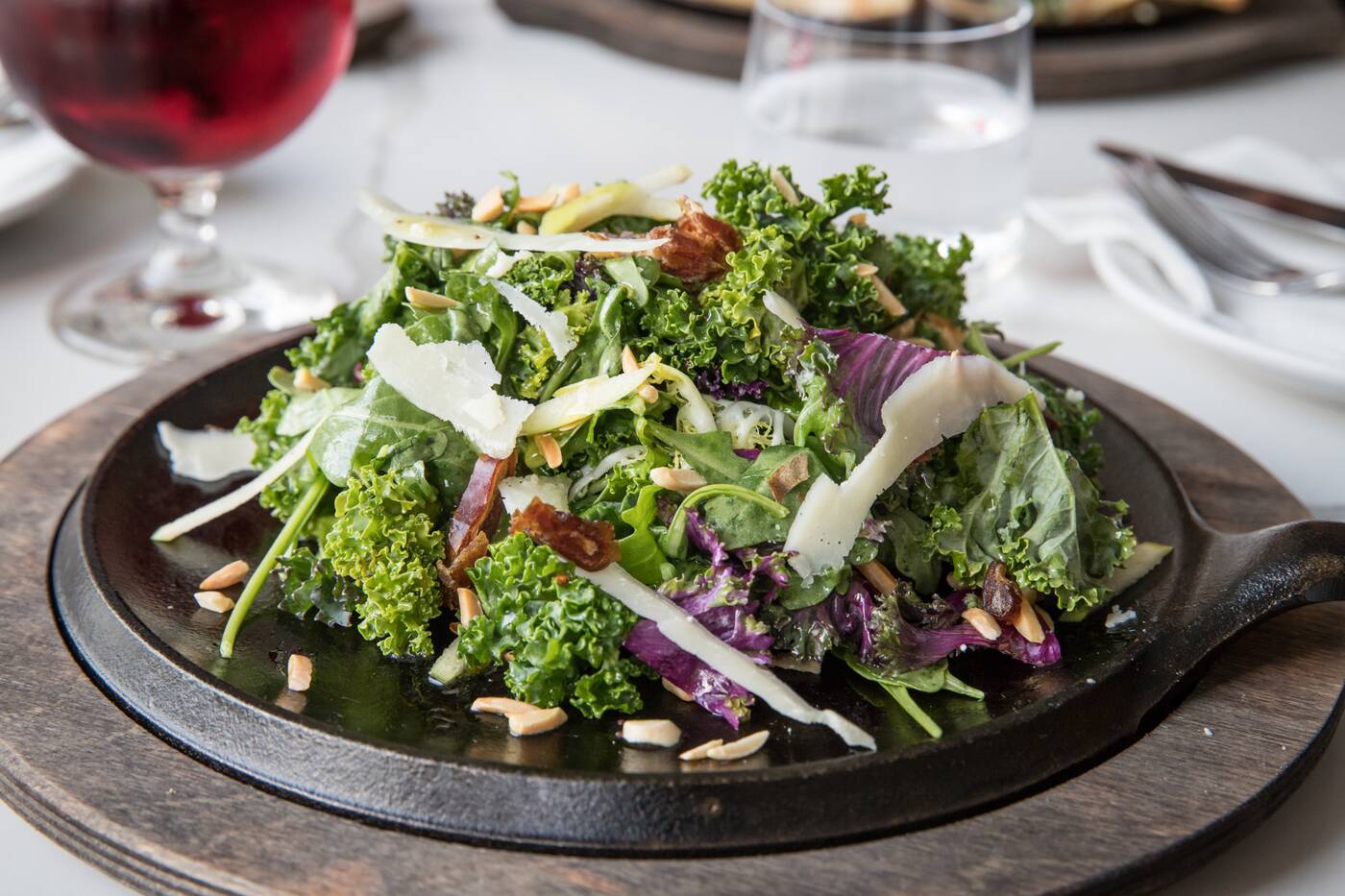 A kale salad ($13) tops purple and green kale with slivers of roasted almond, roughly chopped dates, a poppyseed vinaigrette that cuts through the bitter greens and pecorino for saltiness. 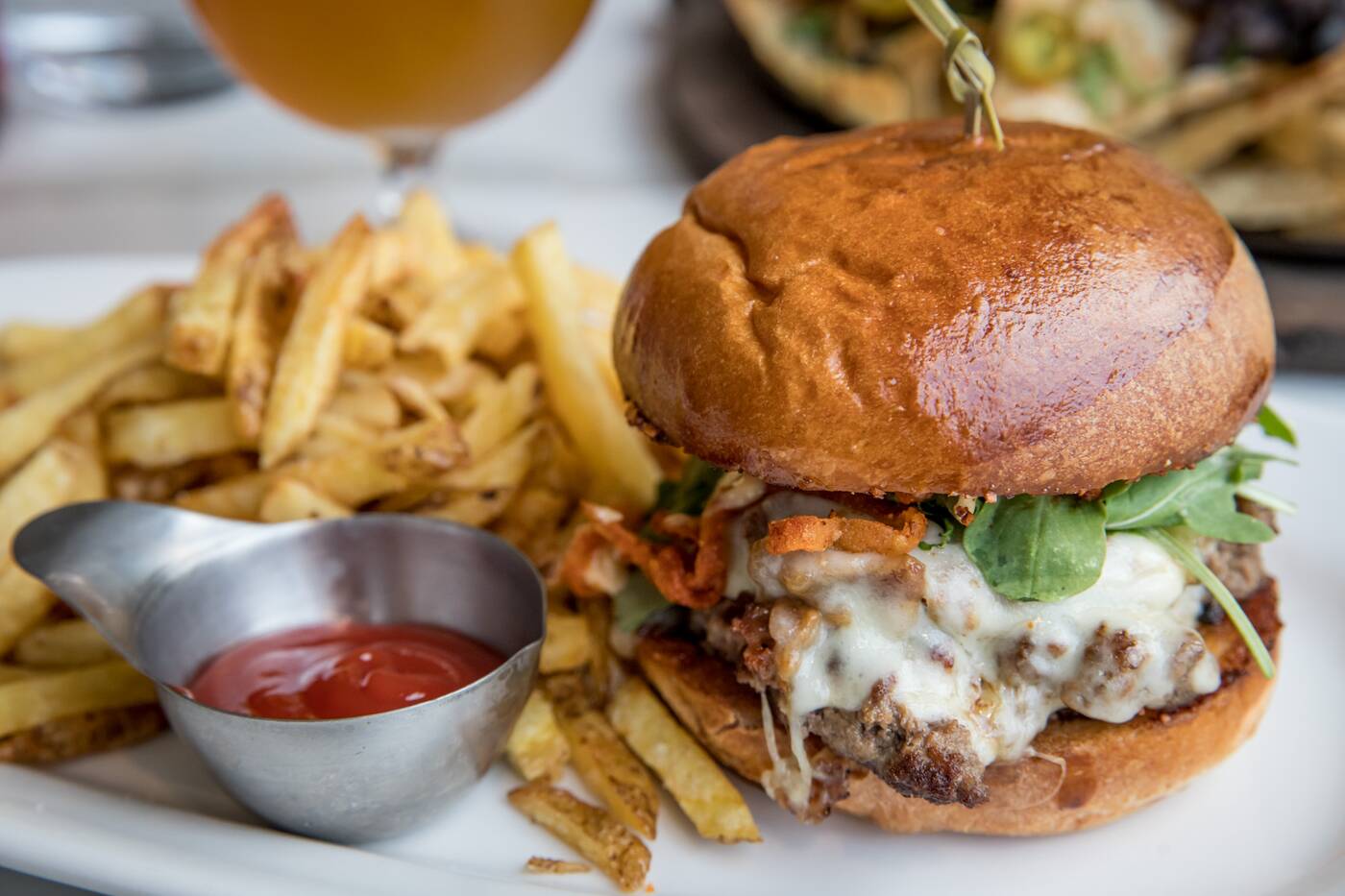 If you can believe it, you can take this yummy burger up another notch by adding braised short rib for $6. 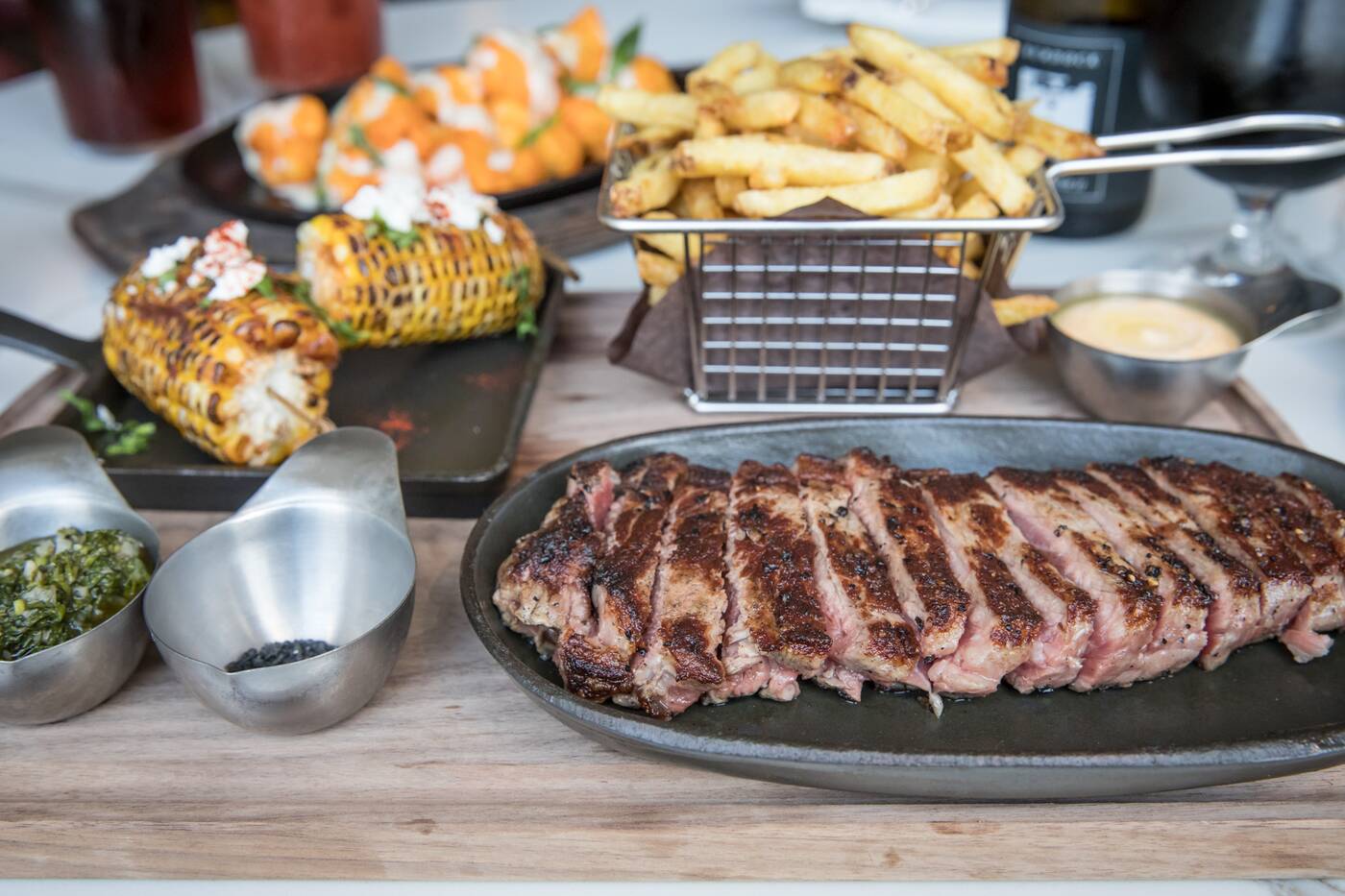 The Ontario New York strip ($42) is made with Canadian AAA striploin despite the name, aged in house for a minimum of 30 days. Served with creative accompaniments of volcano salt, chimichurri, duck fat fries, truffle aioli and elotes-style street corn, it’s a decadent yet fun entree.

Pair the strip with a bottle of Burdock’s Meube Noir II ($14), a very dark, very sour beer that has deep wine-like qualities thanks to being aged with grape skins. 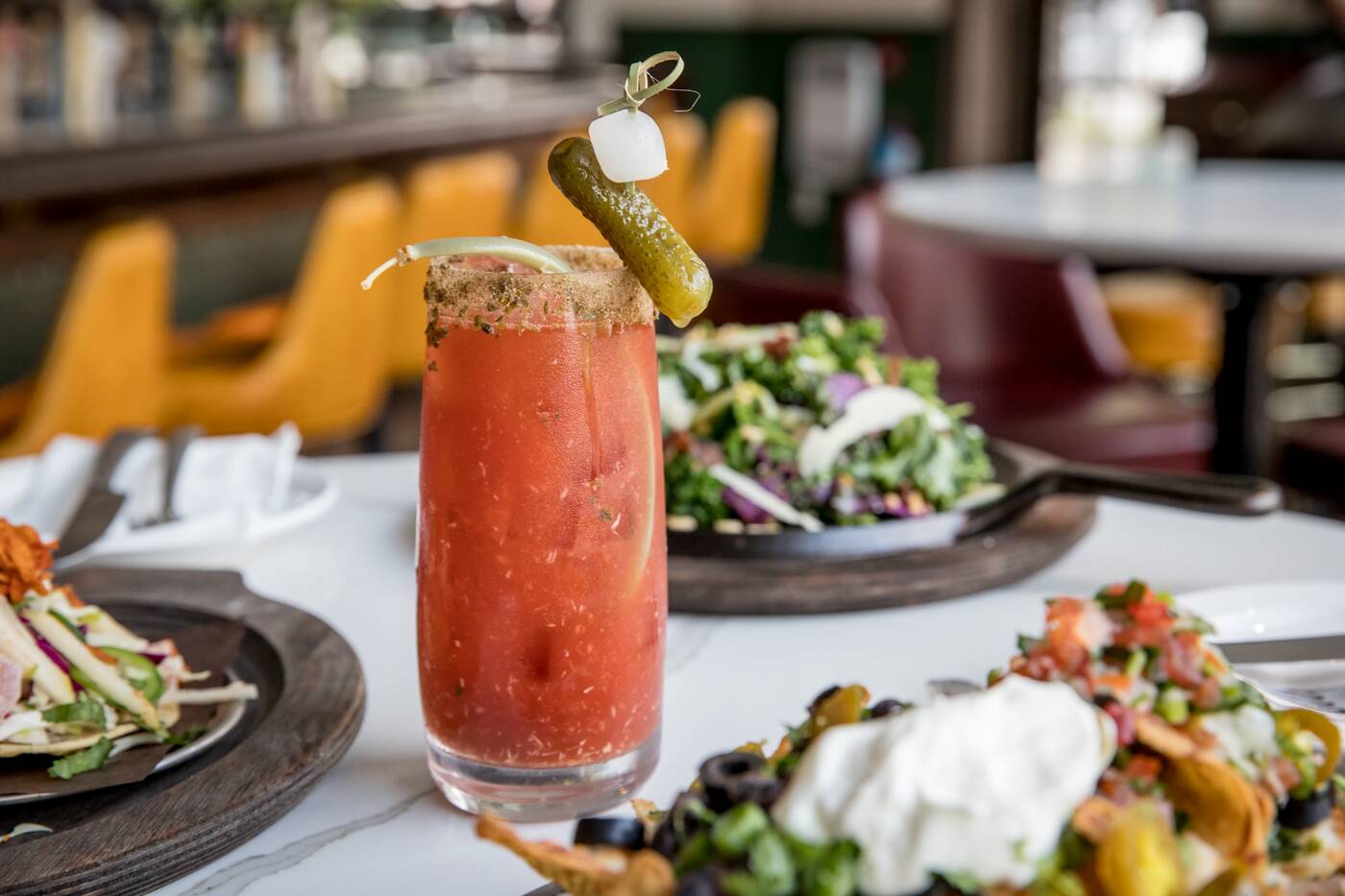 They also do weekend brunch, which includes Caesars rimmed with an inventive and briny mixture of celery salt and smashed capers. 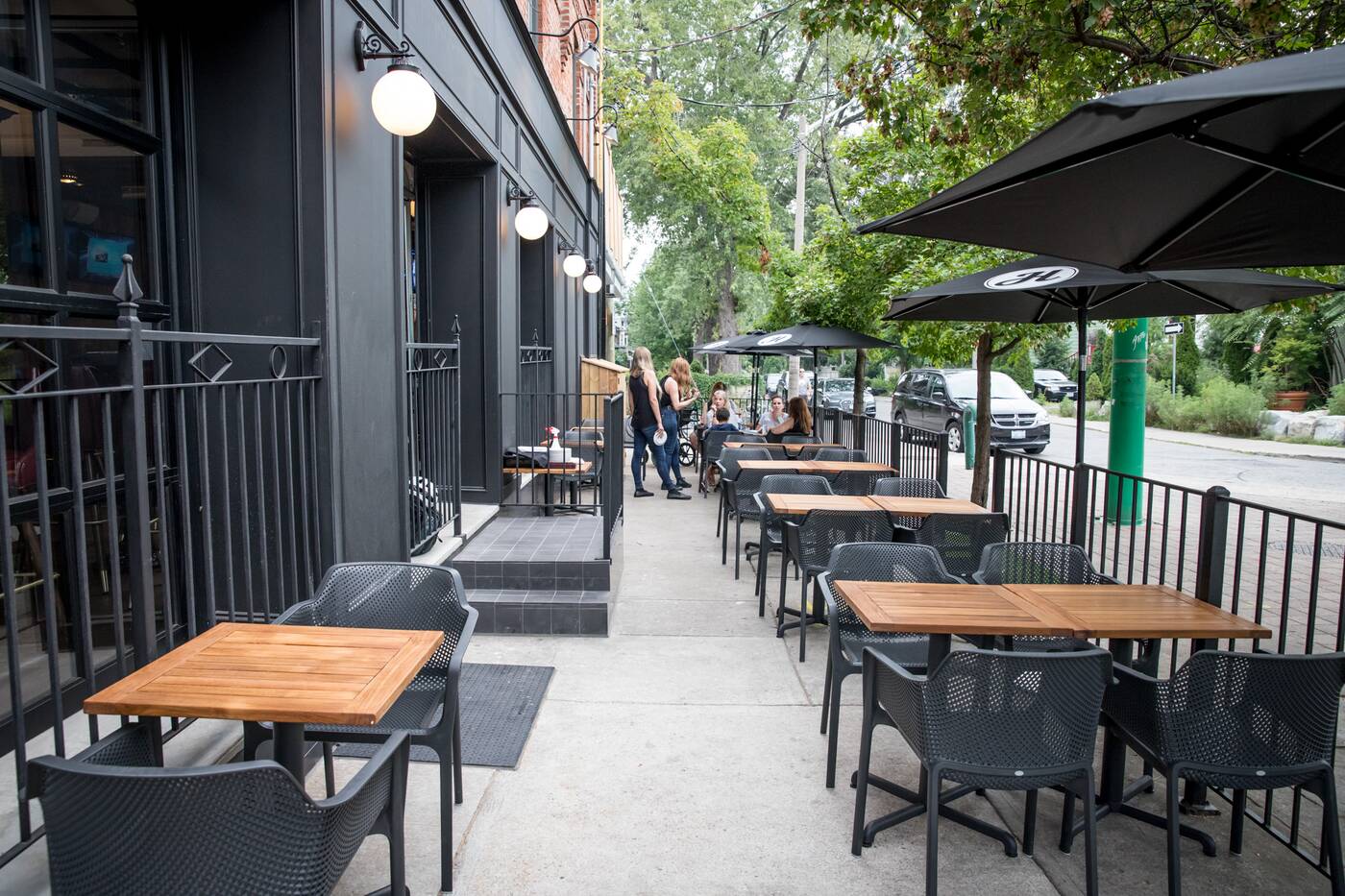 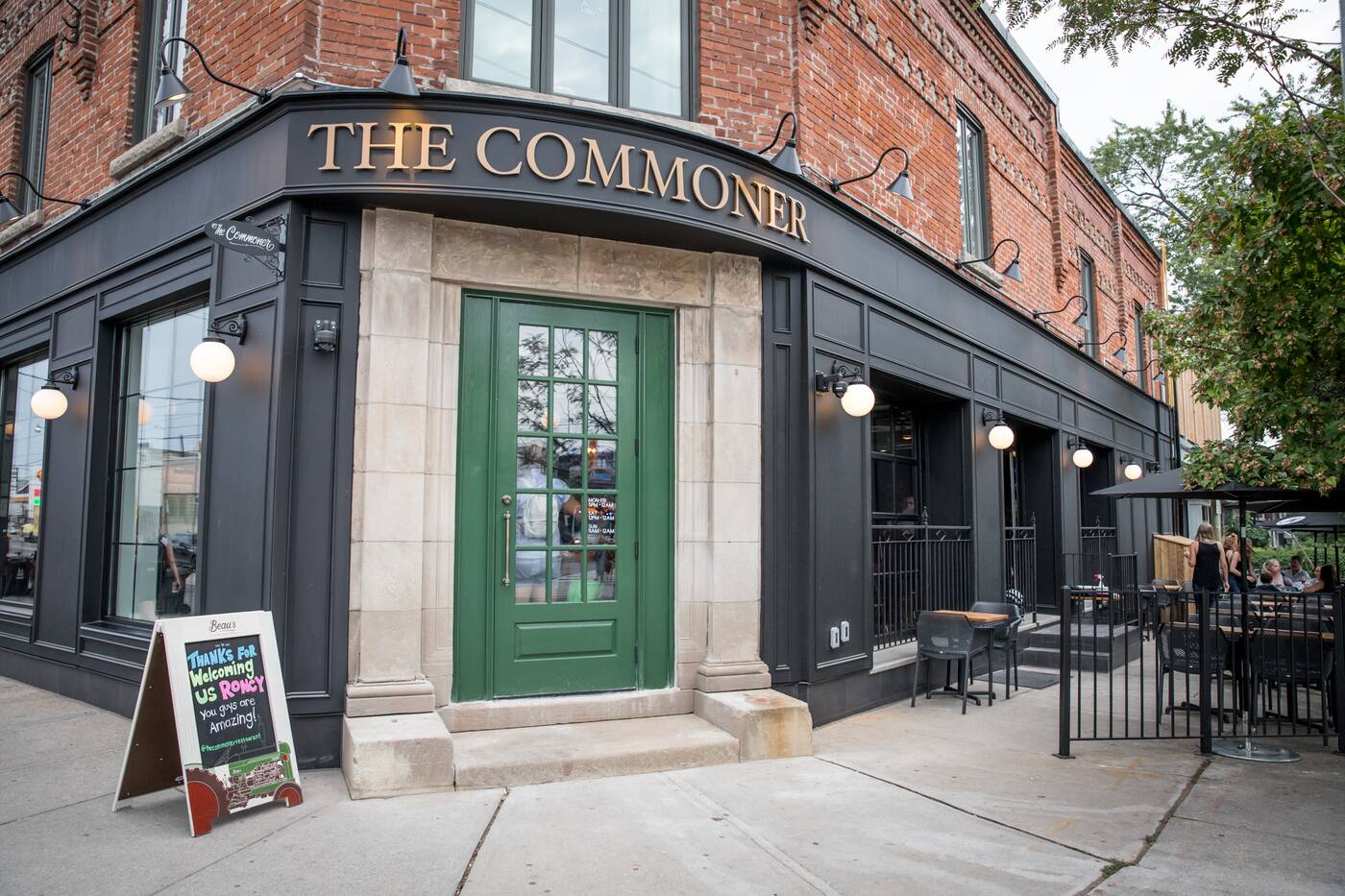