The Contender is the latest in a recent wave of sports bars to hit Dundas West, joining The Dock Ellis and The Derby , both further west, and Opera Bob's , just over the other side of Ossington. 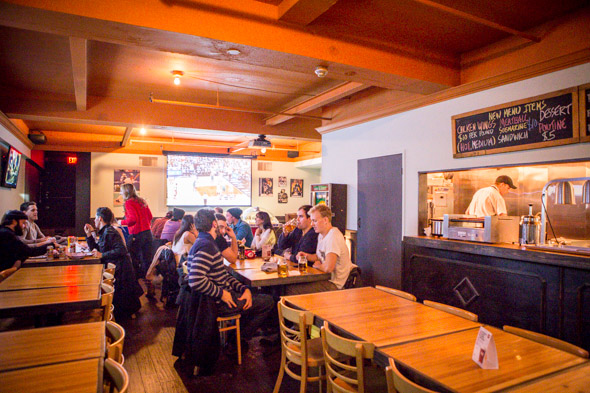 Featuring dozens of screens (there's not a spot in the house where you can't see one), with separate sound systems between the front and back (both the Leafs and Habs games were playing on our visit), and the option to reserve a table for any game, it seems like they've got all the bases covered. 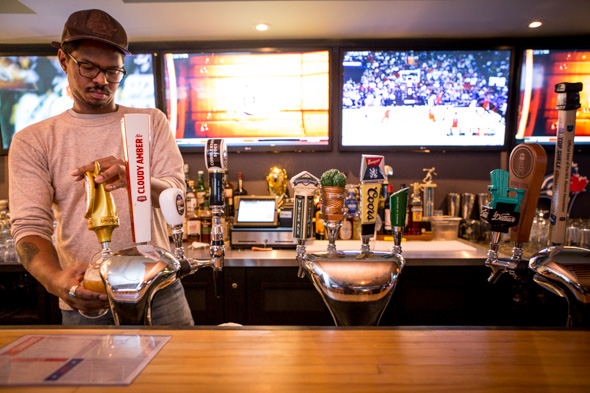 There's some neat touches on the decor front, too, with tables made from old bowling alley lanes, game tables and memorabilia adorning the walls. Most importantly, however, the layout of the place is great - a vast bar is surrounded by chest-high four tops. The room feels huge, over 100 can sit comfortably with more room for standing. 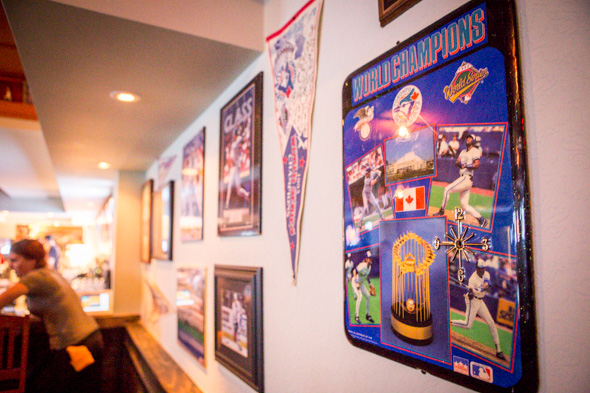 There's a solid list of craft beers available on tap, with pints ranging between $6 to $8.50 from breweries like Lake of Bays, Beau's, and Granville Island. The back bar selection is currently under development, though from what I see they already have a pretty decent selections of liquor, with Reposado's Kit offering some promise of a cocktail program in the future. Apparently that will include milkshake cocktails, though there's no concrete details on that just yet. 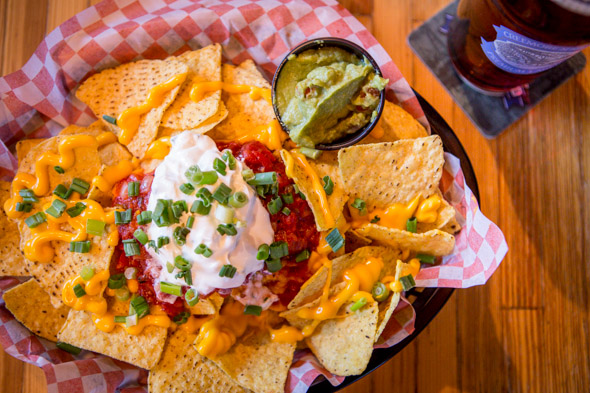 If you're hungry, the menu is short but entirely composed of items that complement the gameday experience. The nachos ($5) are coated in concession stand cheese sauce, with salsa, sour cream and guac. 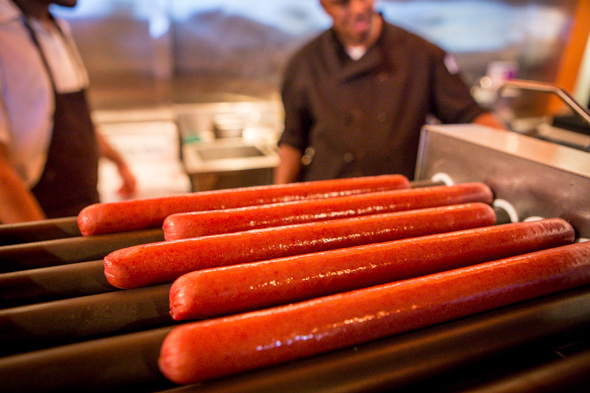 The pretzel ($4) is served with grainy mustard, and Nathan's foot-longs, served with chips ($7), also represent solid value for money. Though the kitchen is only open until 10pm Sunday through Wednesday and 11pm the rest of the week, there are pretzels on offer right up until closing time. 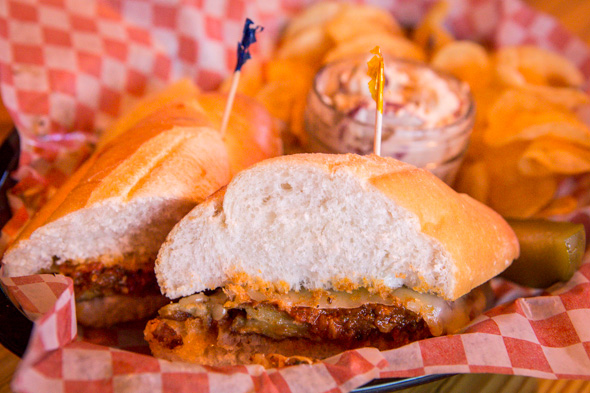 It's the sandwiches, however, that steal the show. Ten bucks gets you a huge kaiser bun (sourced from neighbouring bakery Nova Era ) stuffed with veal, chicken, or eggplant, smothered in red sauce and topped with mozzarella. On the side are potato chips, pickle, and a choice of coleslaw, macaroni or potato salads. 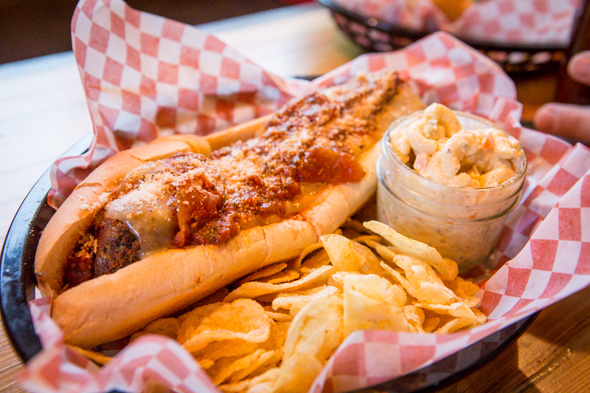 The meatball hoagie ($10) is another gooey affair worth getting stuck into, though we'll be back on the weekend for the all you can eat brunch ($13).

As mentioned before, there's not really a shortage of options when you're looking for a place to catch a game on the Dundas West, but The Contender feels like it might just be in with a shot at the title. It's fun, totally devoid of any pretension, and, as mentioned earlier, there's no shortage of screens. 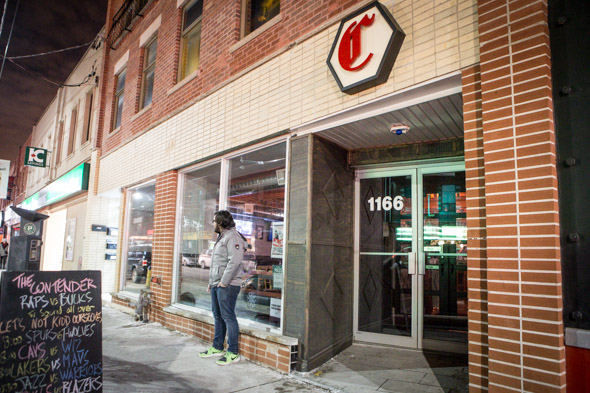 The Abbot on Eglinton