The Antler Room is currently open but their offerings and services may be affected due to the pandemic. Please contact the business directly for more information about any changes. Is this your business? Please contact us if you would like to update this message.

The Antler Room opened late last year in what was once the overflow space for the Loose Moose, acting as a separate venue with live music and a booze-friendly menu. Once known as a seedy dive bar, the new effort doesn't completely alienate its following by keeping the atmosphere a little raw, but it gives the almost 25 year-old space a much needed facelift and improves on the menu offerings. 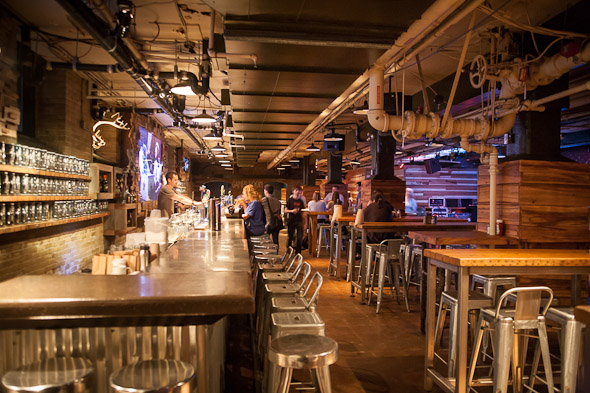 Descending to the lower level, I'm pleasantly surprised to discover that it's dark but not dank. The expansive rec room is decked out with pinball machines, wood paneling, a mounted Jackalope and rows upon rows of high top tables. 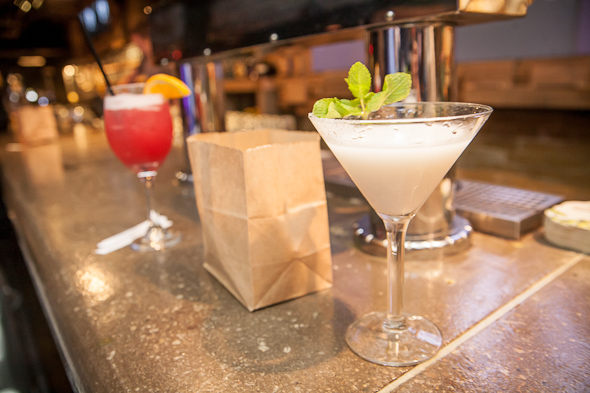 The menu is engineered to satisfy both the after work set and the night life that pours in pre- and post-ACC events. It majors in oversized bar snacks and boasts Screech Rum shots ($2.65), cocktails ($9-12) and a draught beer selection that numbers in the double digits (featuring mainly Canadian taps from the likes of Spearhead and Hogtown). 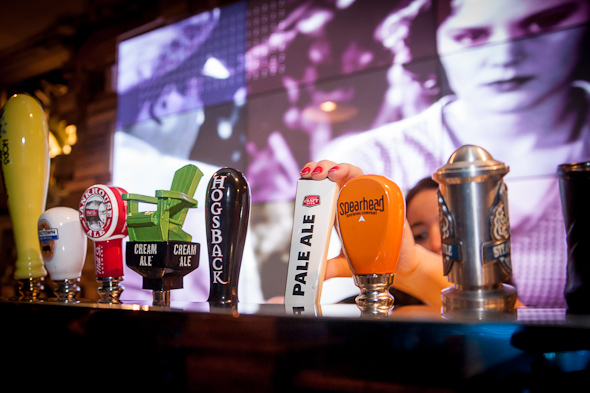 Beer-drinkers (and Willie Nelson fans) can consider a $10 membership to the 197 Stein Club (sold out for now but up for renewal come December 1st). Members get a personalized beer stein that after each use is returned to the wall behind the bar to await return visits. Proceeds go to paying off Willie Nelson's taxes. Seriously. 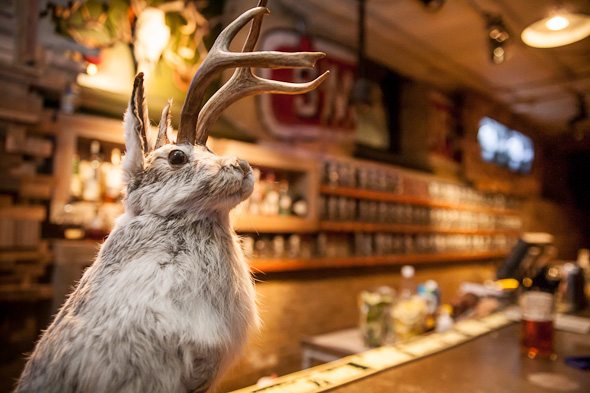 Many of the bar snacks are the same as offered upstairs at the recently reno'd Loose Moose, but here chef Matt Rosen, a.k.a Rosie (formerly of Reds and Splendido ) skips the entrees to instead focus on munchies and sharing plates.

Rosie's Garlic Fries ($7.50) are a good example of the massive portions to expect. The heaping pile of thin cut fries are coated with garlic, herbs and parmesan before being topped with pico and feta. 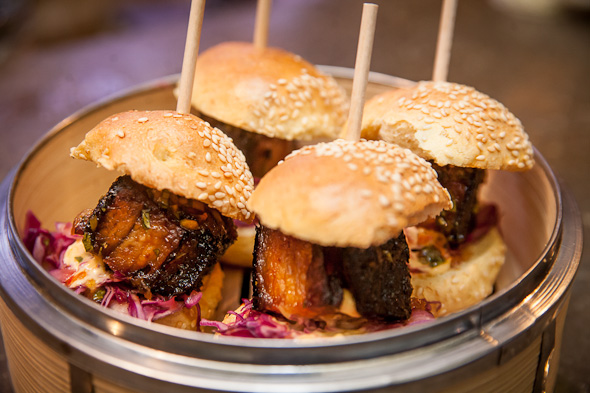 Another drink-friendly option are the Sliders ($11.25) that come four per order and are available in Ahi Tuna or Pork Belly. We try the sweet and supple pork, which absorbs flavours of lemongrass, citrus and soya sauce over the course of a four-hour braise before being pressed like bacon, deep fried to a crisp and topped with cool slaw and creamy sesame aioli. 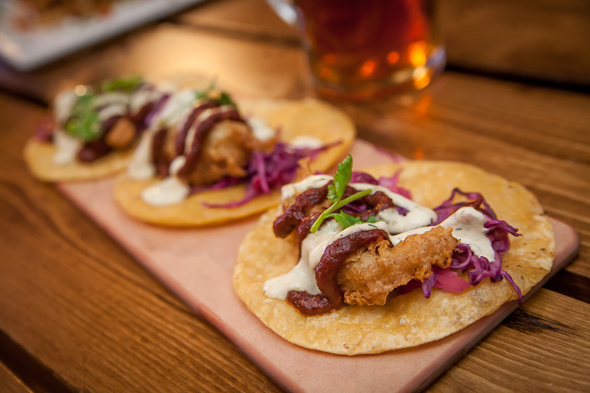 Pescado Tacos ($8.95) are done Baja-style, coating morsels of halibut or haddock in crisp batter before loading the fried fish onto corn tortillas with housemade salsa, ginger cabbage slaw and diablo cream. They've got some serious kick to them which easily justifies another round. 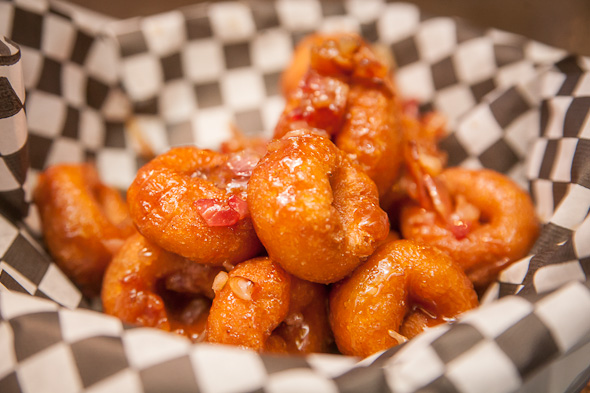 Mini Donuts ($5.95) arrive in a papered basket, hot from the fryer in a gooey mess. The generous pile of bite-sized pastries is dusted with salt and hickory smoked sugar then tossed in caramel and rolled in crushed bacon. They have me verging on a sugar coma, but they're hard to stop eating. 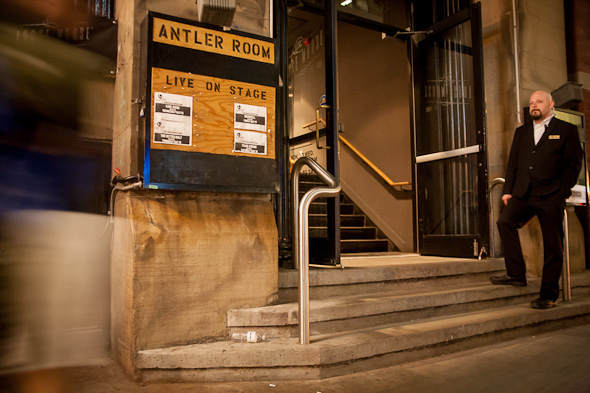