Templeton's is the bar/restaurant that recently opened in the old Burger Bar location in Kensington Market .

The exterior of the place hasn't changed much since its previous incarnation with the front patio being the main draw for some late evening food and libations at the north end of Augusta Avenue. The focus here seems equally split between the booze and the food with sharable pub-style appetizers, burgers, wraps, and pasta among the menu's offerings.

Those who liked Burger Bar for its patio will find this spot still does the trick. Ample seating street-side makes for pleasant people watching even though doors don't open until 6pm daily. 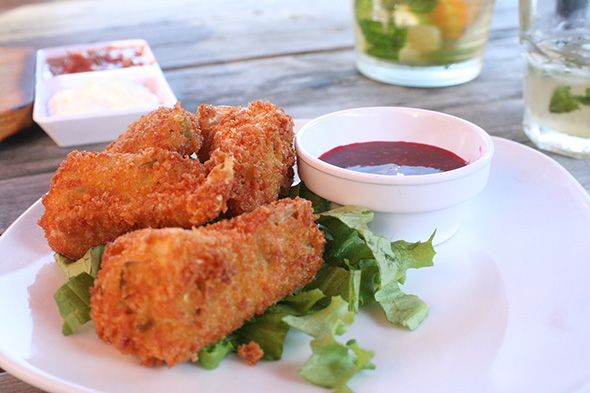 To start, we shared the jalapeno brie fritters ($5), which is kind of their spin on a jalapeno popper. Fried and stuffed with brie, they arrived with a raspberry coulis, which went unexpectedly well with the spicy peppers. 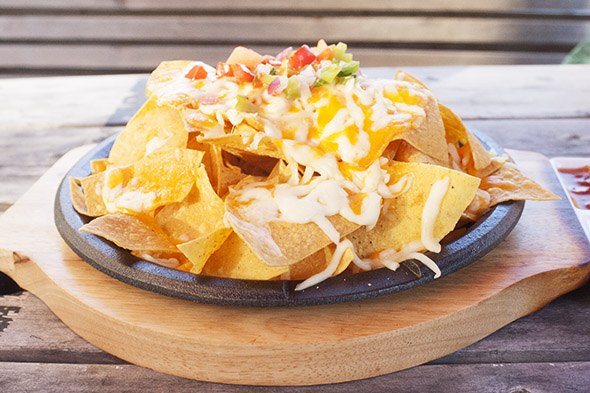 We also went for the nachos ($6), which were a good portion size considering their low price. No, the nachos here won't end up on any best of lists , but they're serviceable enough to soak up any booze or serve as a light snack before the rest of the food arrives.

Next up was the jerk chicken burger which lacked the creative flare of the former occupant's offerings as well as the eye-watering spiciness I've come to expect from jerk chicken. If anything, this is a good jerk chicken burger for people who can't handle the real thing. The burger was plated with a side of sweet potato fries which paired well with a refreshing dill sauce. 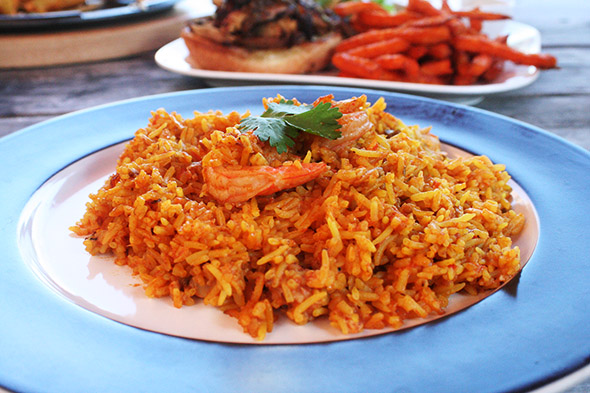 Finally, there was the Moroccan style paella ($10) which did not impress. With rice on the dry side and less-than generous amount of seafood it was the weakest dish in the otherwise decent meal. 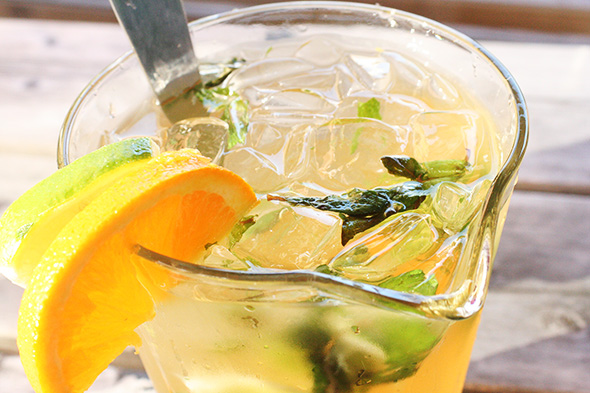 Which brings me to the best part of Templeton's: the 4oz jug of Peach Mojito ($14). The drink was an artful mix of apricot brandy, peach juice, vodka, and muddled lime, sugar, mint leaves, bar lime and soda. This spin on a classic mojito was one of the best drinks I've ever had in Toronto, with a value that has me questioning whether I ever want to fork over money for a pitcher of beer again.

All of Templeton's small plates are under $6 and the most expensive item on the menu is only $10 which seems keeping with the spot's double life as a bar (open past 2am daily) during which many of these items will likely serve as late night fuel rather than a full on dinner. 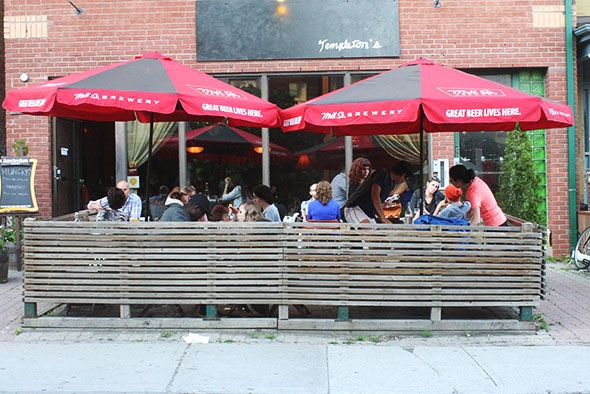 Writing and photos by Courtney Reilly-Larke