Function Bar is an underground hangout where everything on the menu has a nostalgic fast food element, and there’s free play on console, arcade, and board games.

You have to be kind of nerd to realize the sign designed to look like the “function” key on your computer keyboard marks this subterranean spot, and pretty much everything in here follows suit with that geeky inside joke feel. 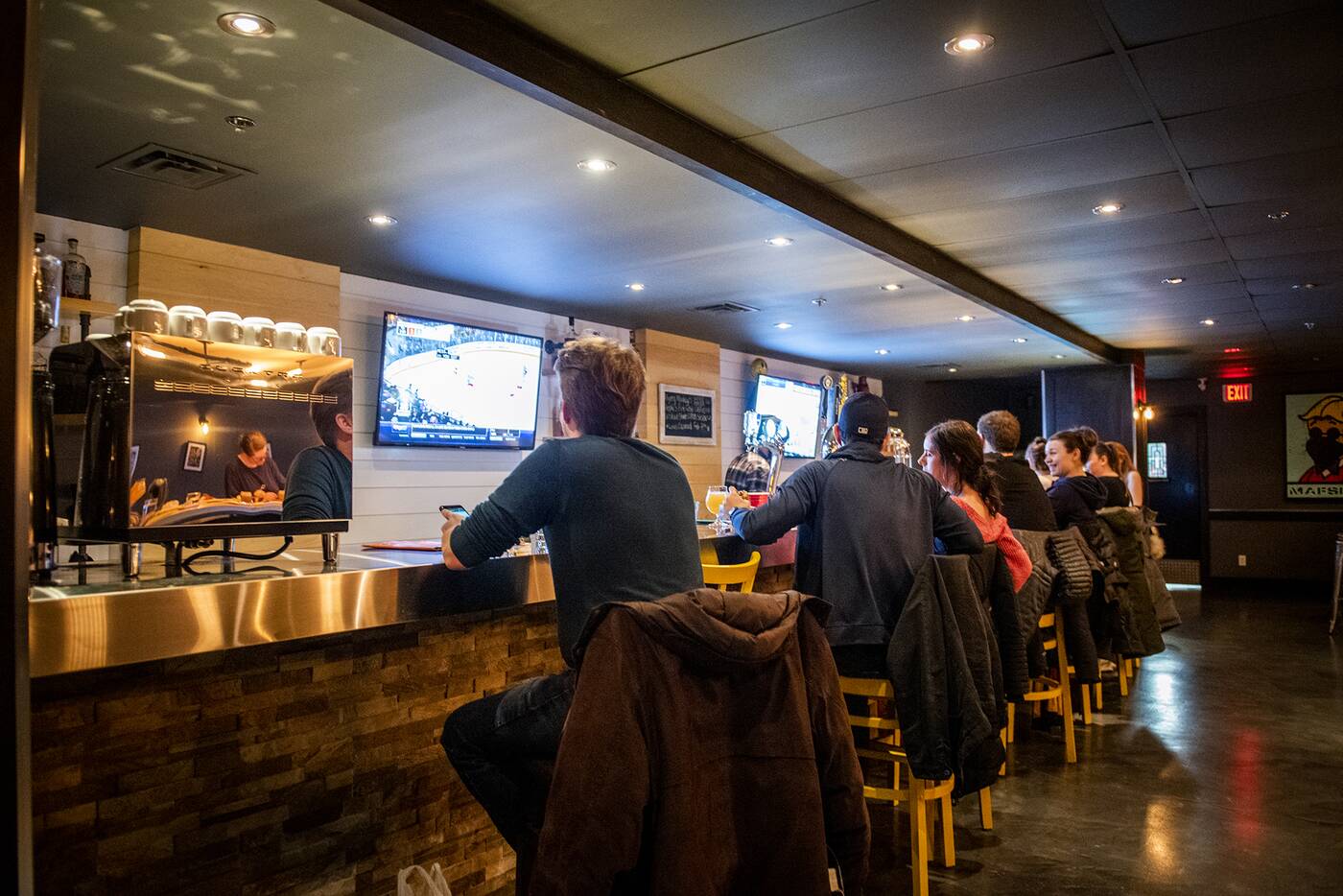 Formerly home to off-track betting, the 90-seat space centres around a communal table for 12, a console with two controllers at the end of the bar. 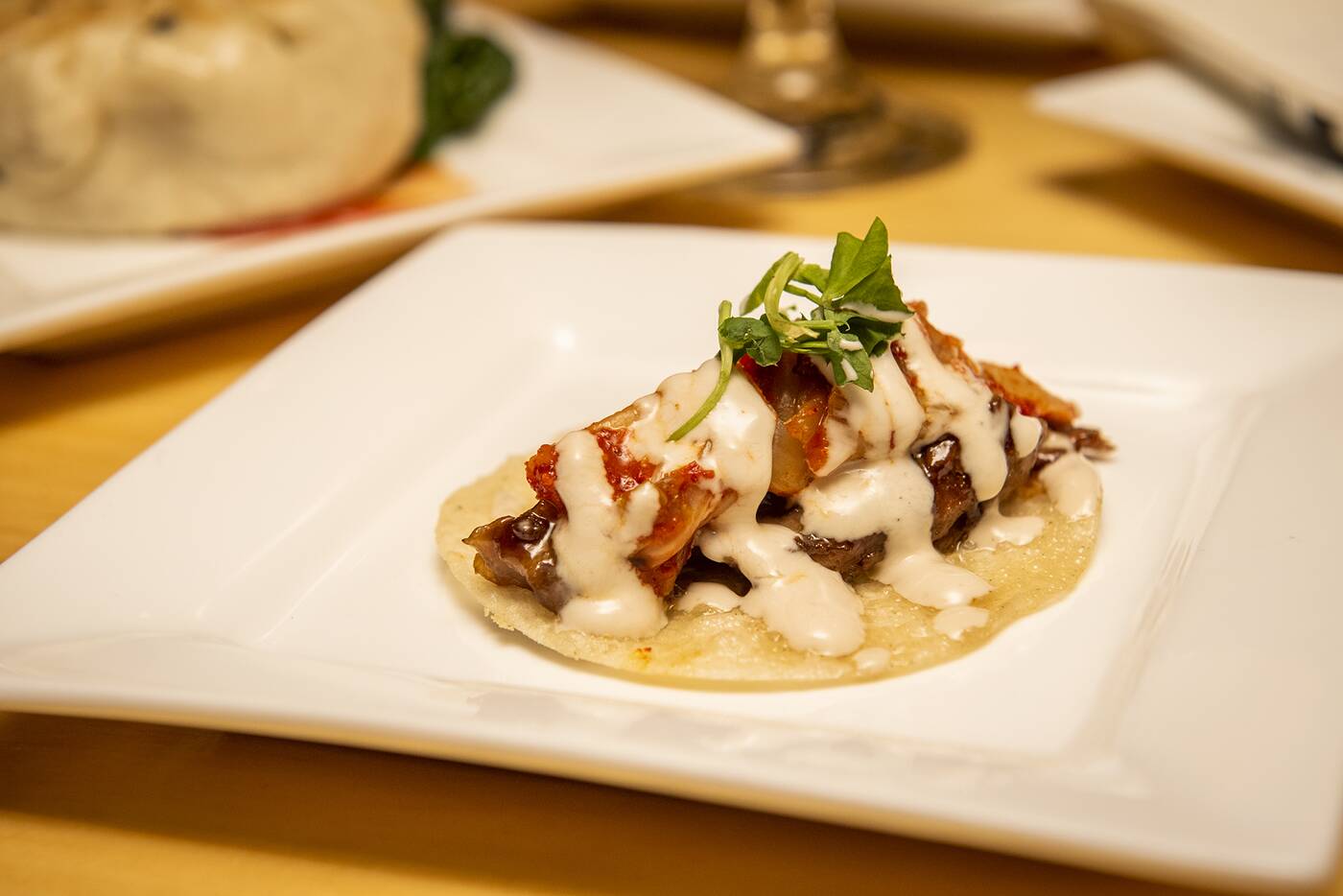 A selection of around half a dozen tacos go for $6 each, including the Dr. Pepper Duck on a house tortilla with a sweet but subtle Dr. Pepper crema and lots of tangy, juicy kimchi. 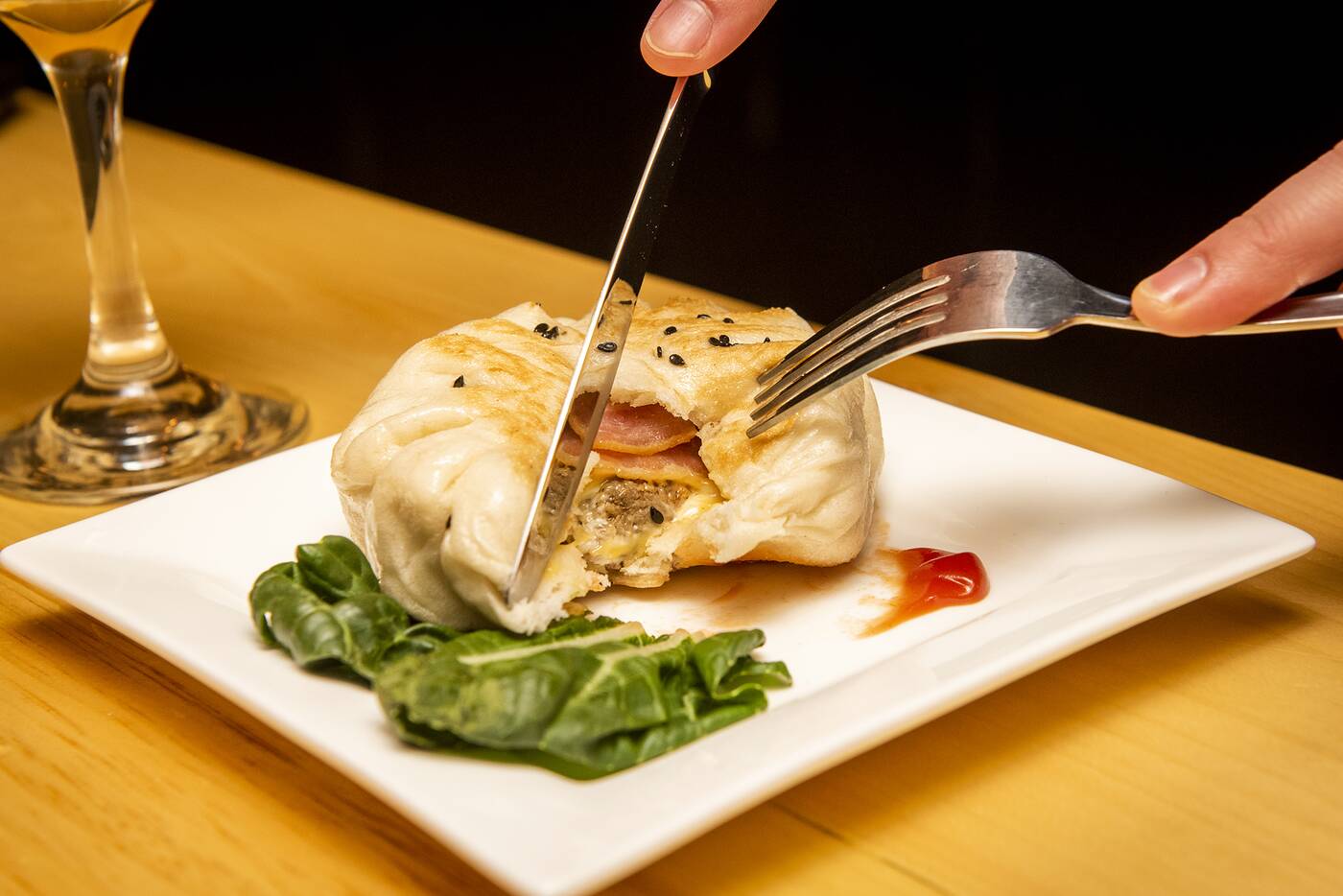 Steamed Ham ($8) is code for a massive house bao with a filling that’s always inspired by fast food burgers, today’s the Baconator. The bao is way bigger than I’m used to with thick skin and the bacon inside could be crispier, but I’d be very interested to see other iterations of this concept. 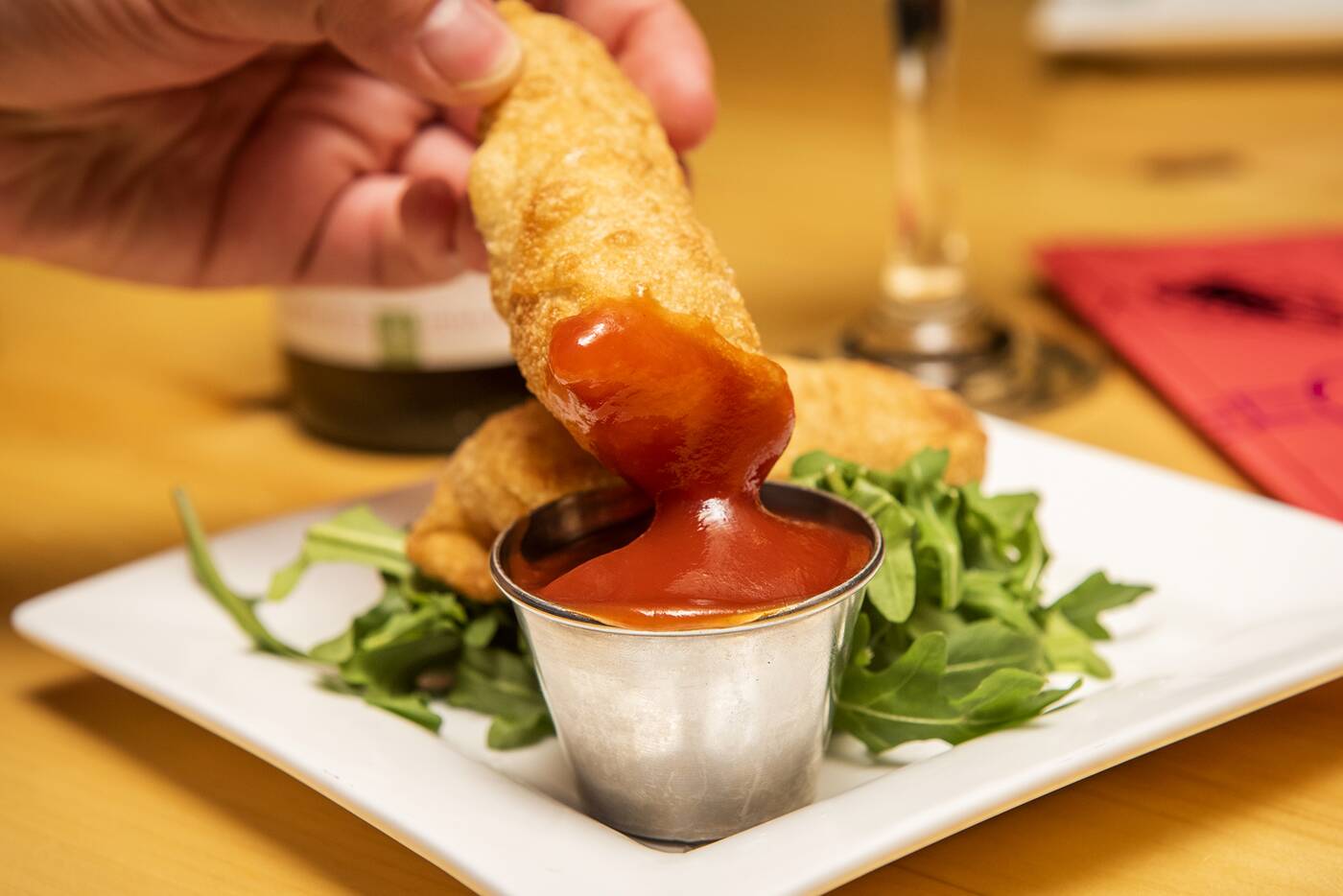 Mr. Pong’s Awesome Food Truck ($7) is a daily-changing egg roll, today’s called “Doggy Doggy Doggy” in honour of a hot dog cart man nearby who yells this phrase. Andouille sausage and marble cheddar work surprisingly well for a filling with ketchup for dipping. 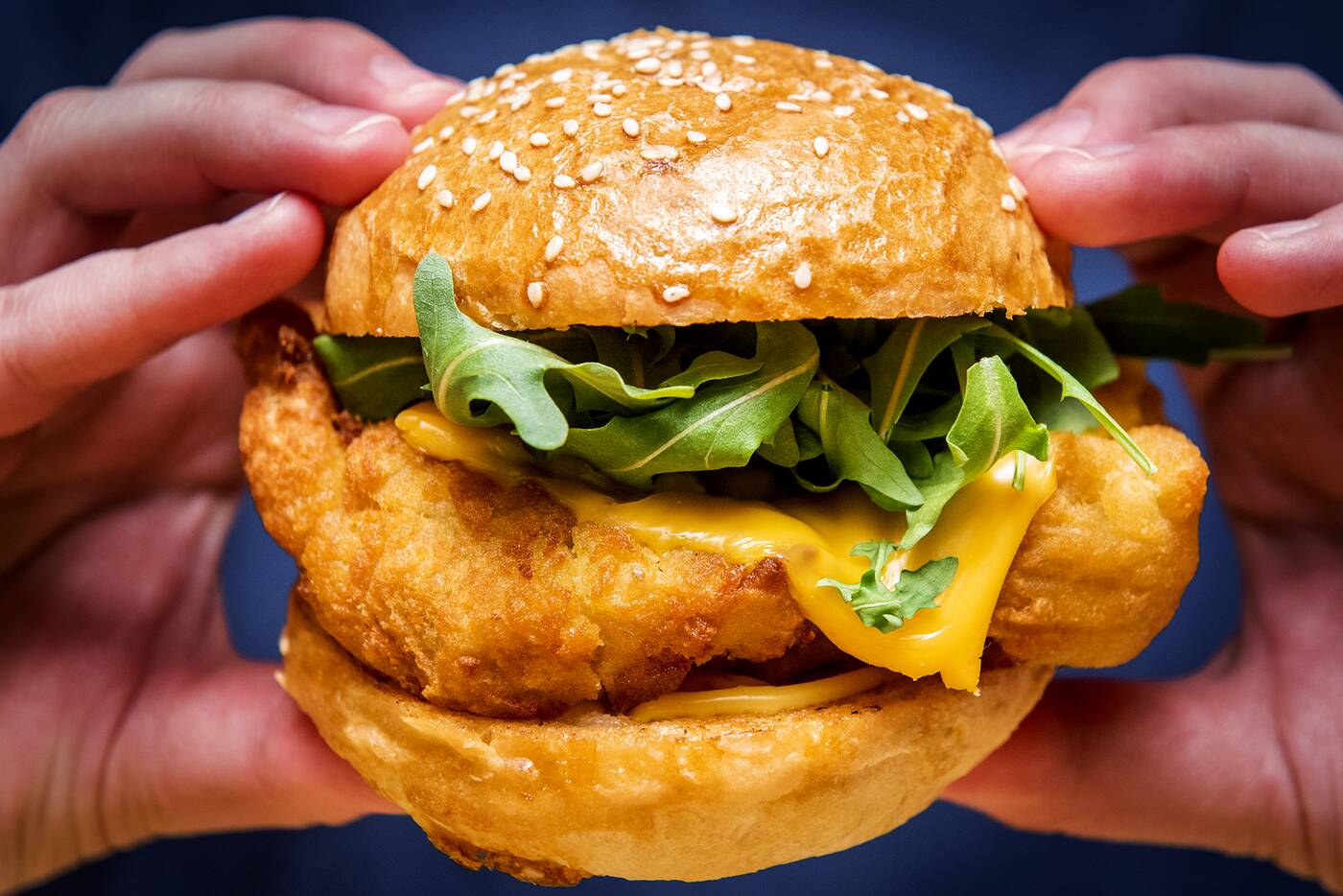 The Mac Chicken ($18) carefully sidesteps trademarks with its name, a juicy fried chicken thigh with melty processed cheese, arugula, and a mayo infused with KD cheese powder. All sandwiches come on challah-like egg-washed house potato buns and are accompanied by house salad or duck fat fries. 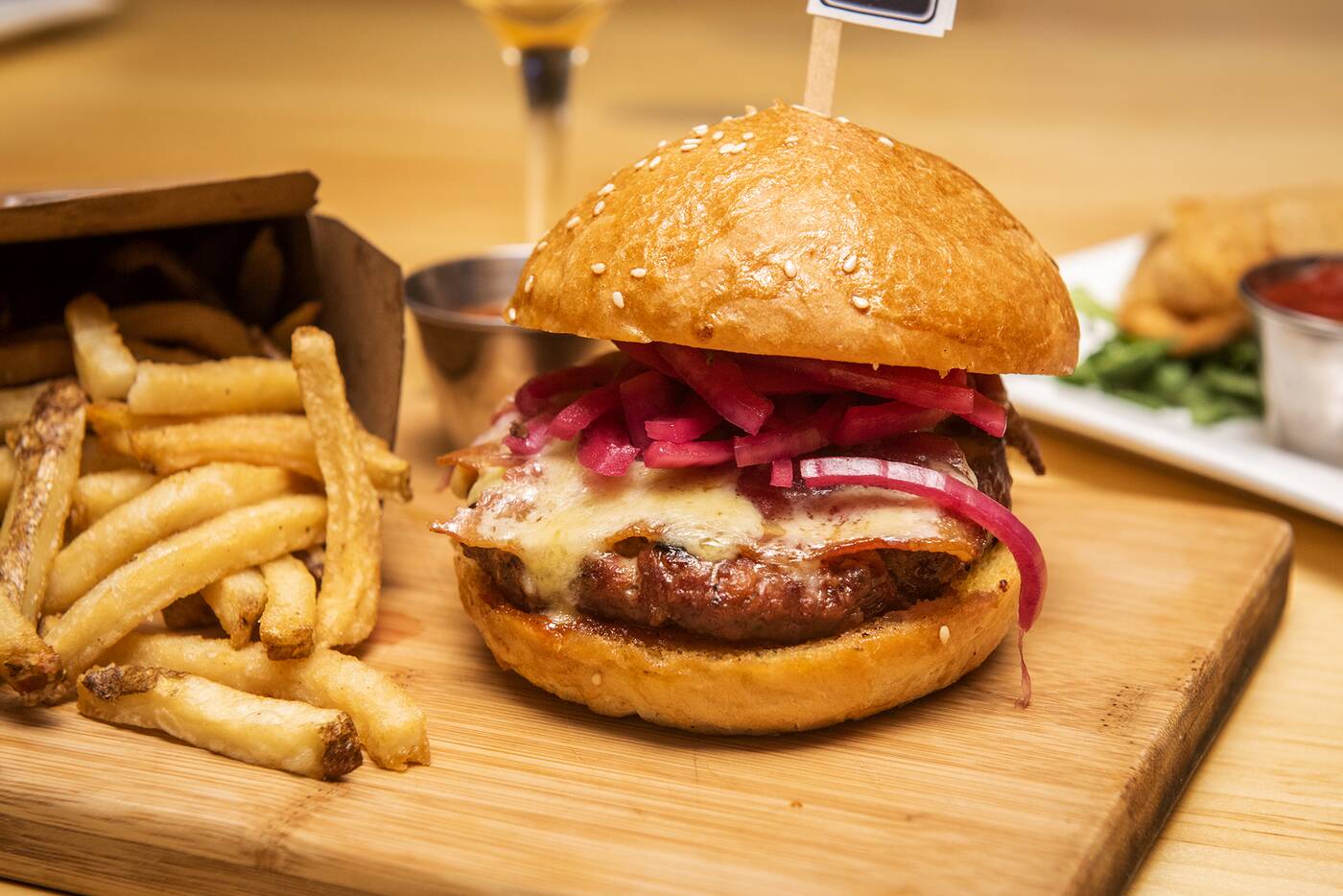 The Holy Smokes! burger ($20) delivers on its name, the beef brisket patty, bacon and cheddar all smoked. It’s a little overpowering on the smoke flavour though pickled red onions break it up. 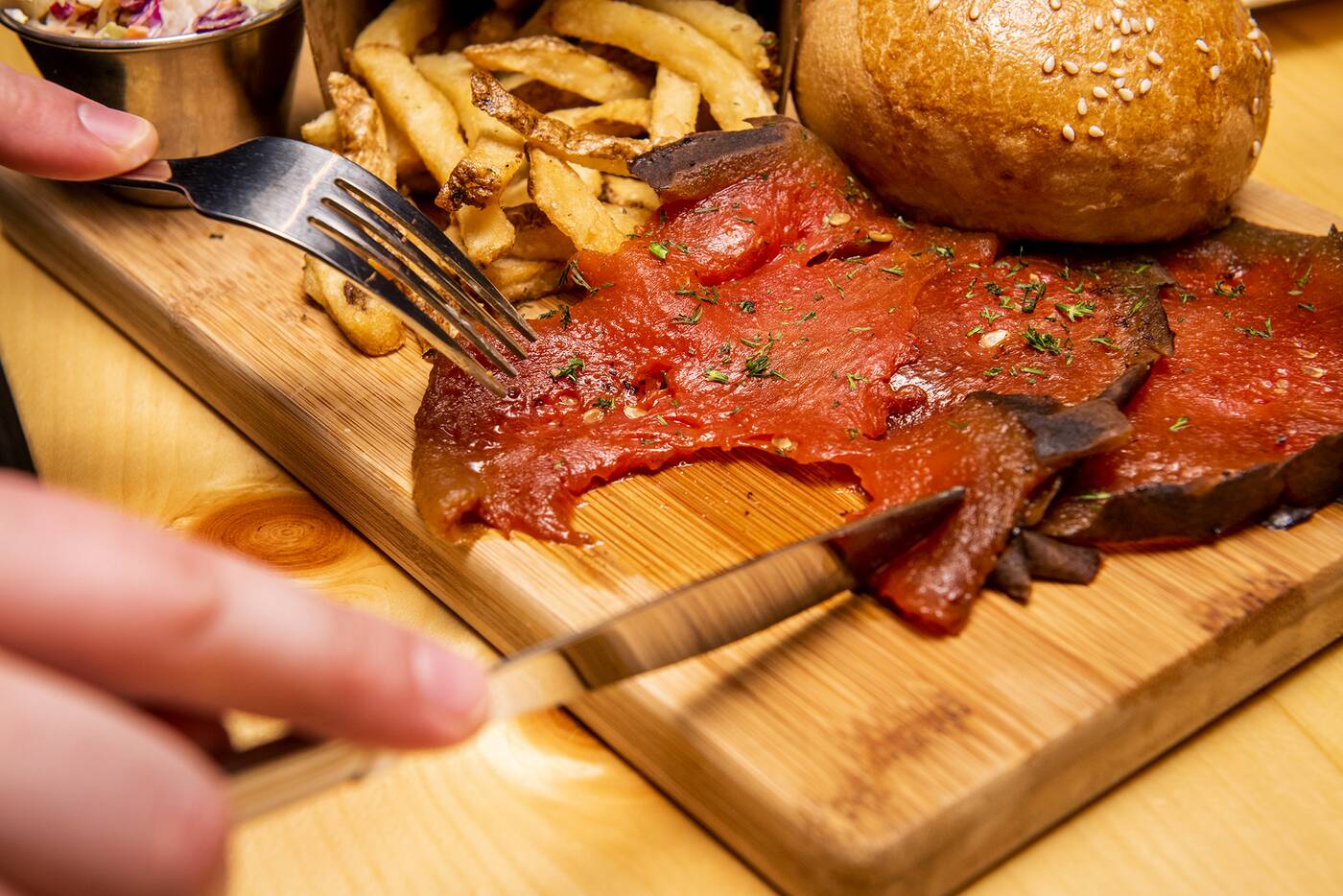 Southern Smoked Watermelon ($18) is a novel vegan dish, a bun that can be omitted the only non-vegan thing on the plate. Brined for three days, smoked for seven hours and glazed in house Jack & Coke BBQ sauce, it toys with the senses.

The look is similar to meat, but the taste is clean and fruity, though smoky. Finally, a vegan dish that fits in and eats like real BBQ. 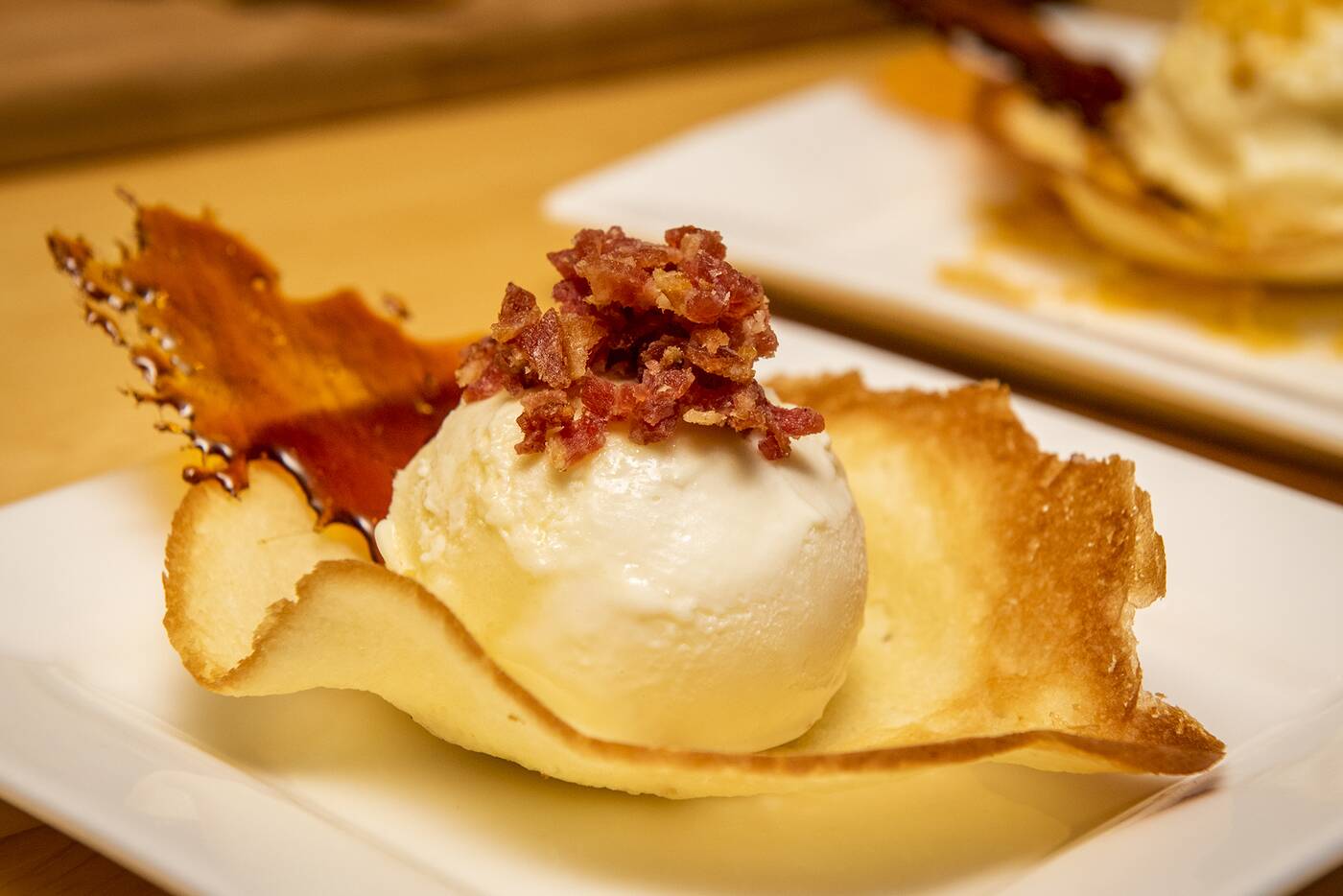 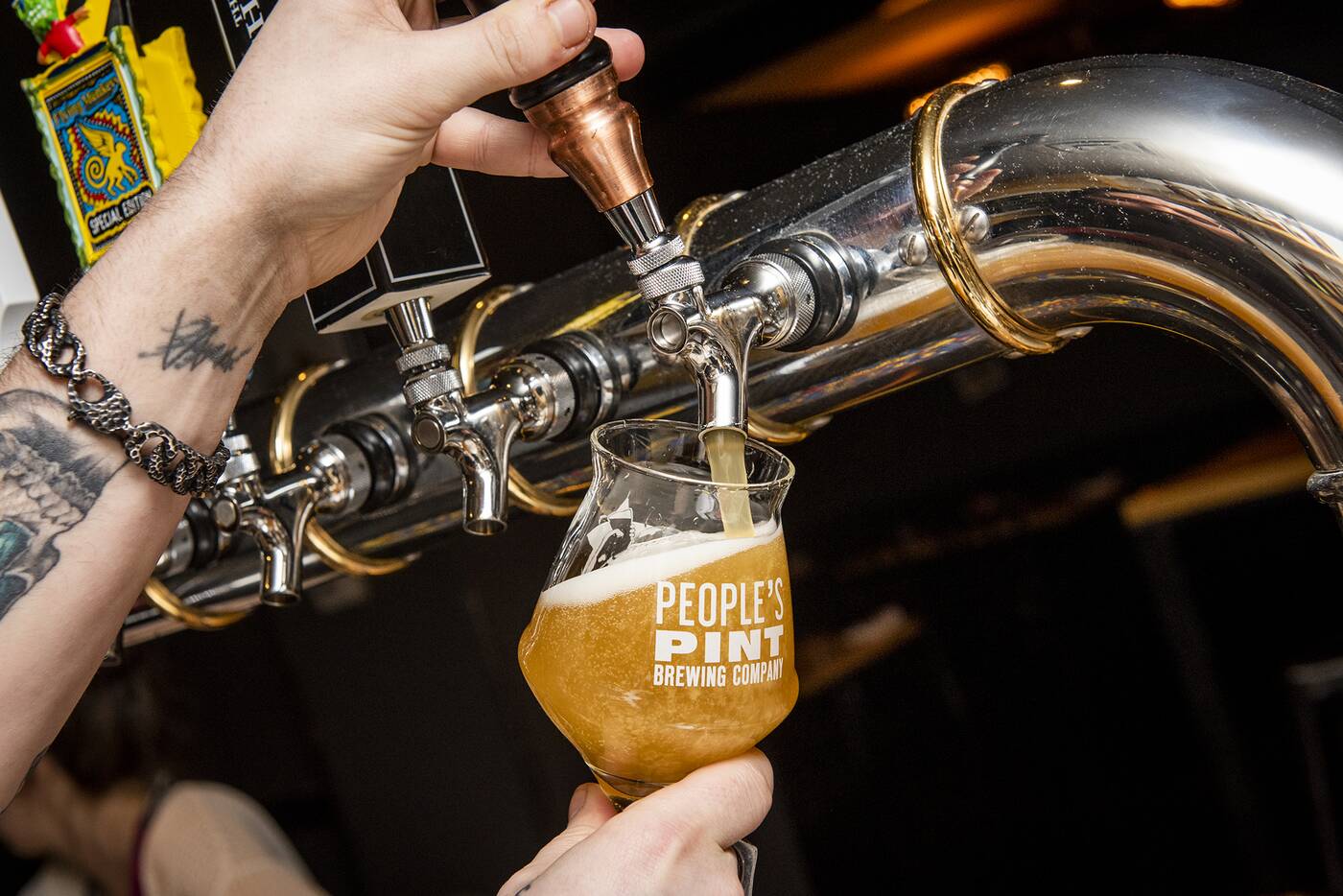 A Gose Cuervo ($9) from People’s Pint is one of several draft beers that change up just as frequently as the items on the menu. 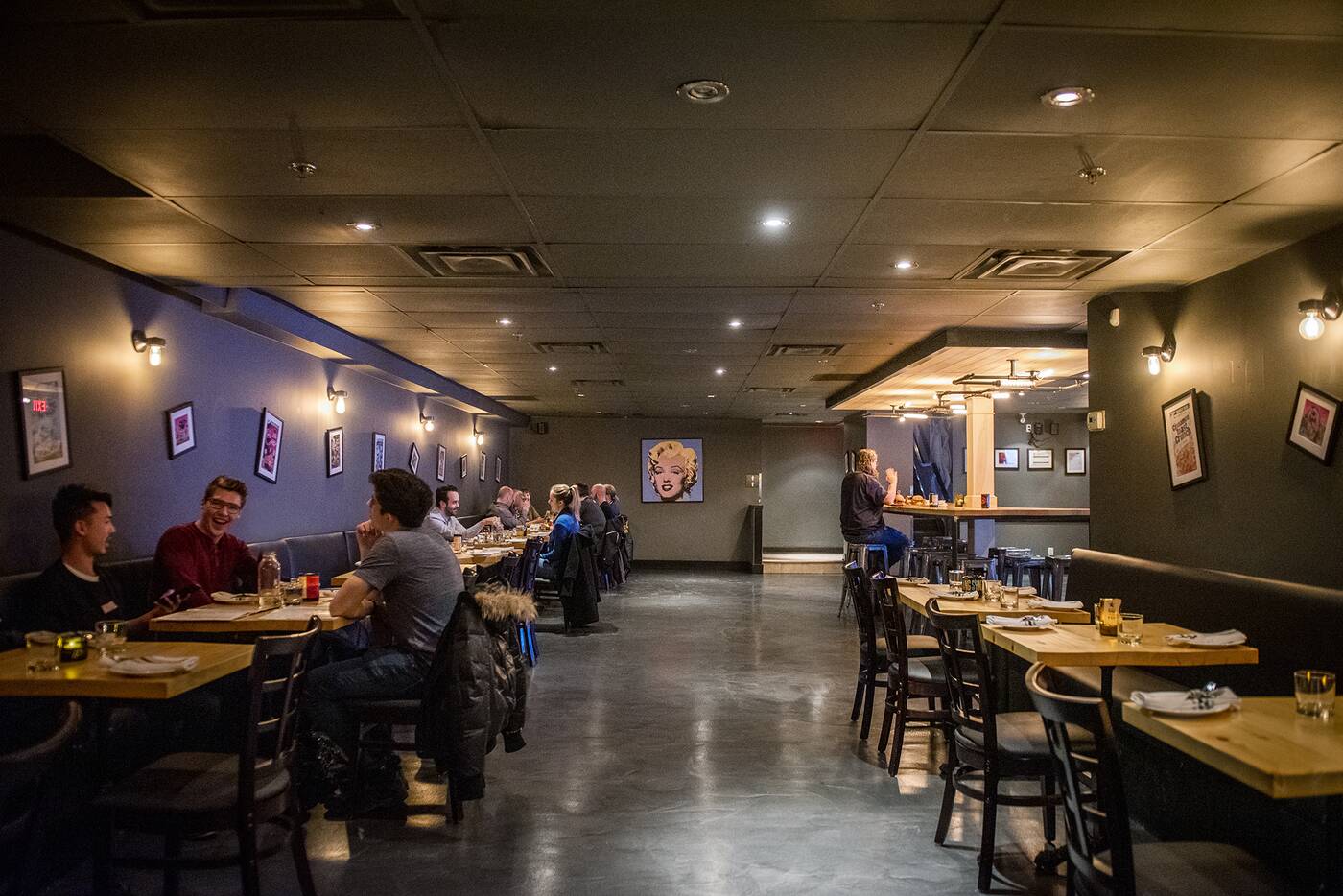 Seek out an arcade cabinet around a corner next to the kitchen door and try to snag a free drink by beating the high score. 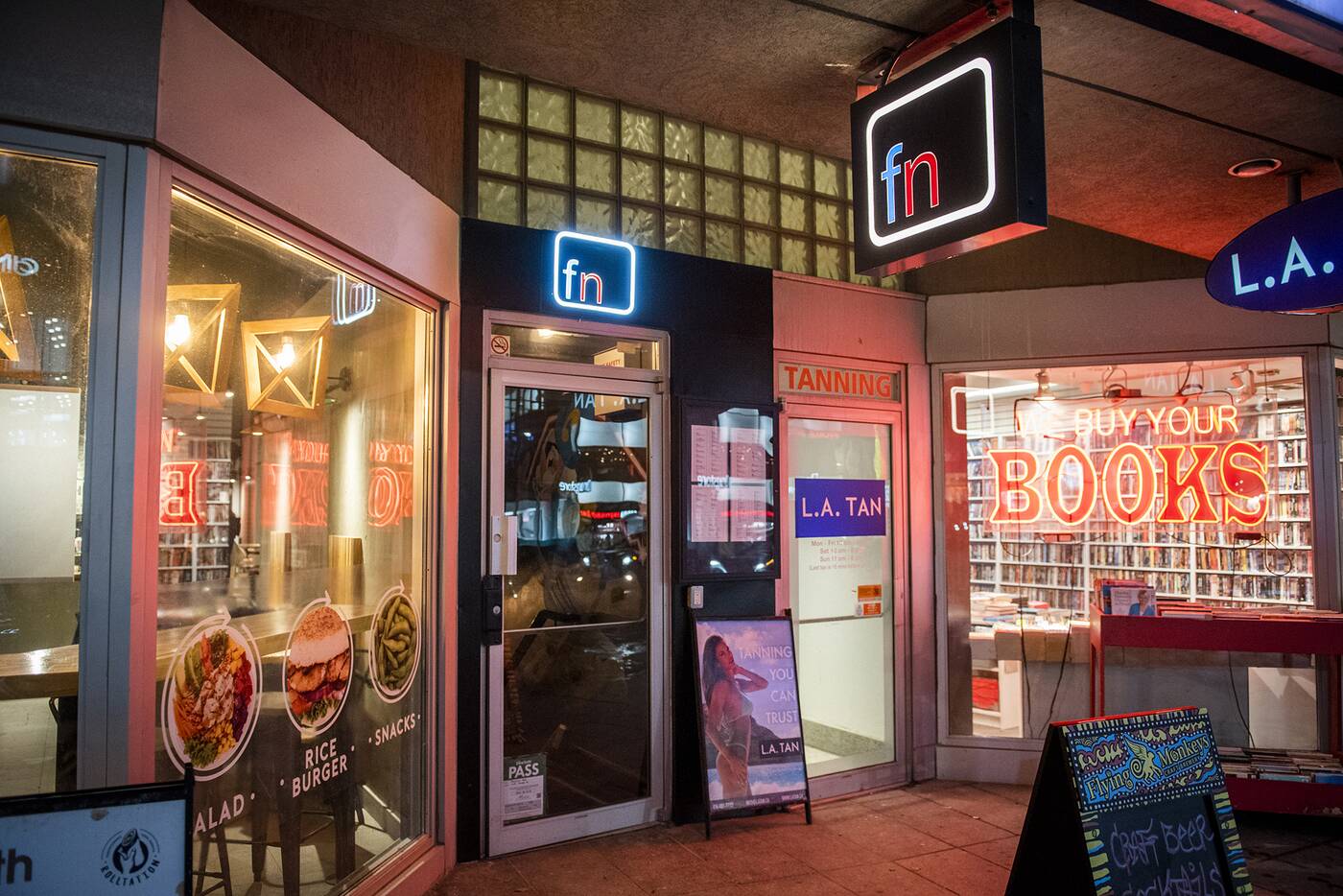