Sushi Moto has been open for almost five years in North York , taking over from the gnarly Black Sheep Pub on Yonge Street, north of Sheppard. This area is replete with sushi restaurants - one quick turn north onto Spring Garden will reward you with no less than six other options, and directly across on the west side of Yonge is another smattering of sushi spots. So what makes Sushi Moto so different from the rest?

One glimpse inside the spacious interior explains a lot. While most sushi places in this hood suffer from a dive like atmosphere, Moto is draped in warm wood, floor to ceiling windows, leather clad booths and high top tables for communal meals. This restaurant is clean, modern and has a bar-like aesthetic.

And by bar-like I mean bar-love - their drink menu is bloated like a puffer fish. Sake and Sapporo are obvious inclusions, but wines from around the world, a lengthy list of cocktails and eight beers on tap keep things (specifically, me) interesting and lubricated. 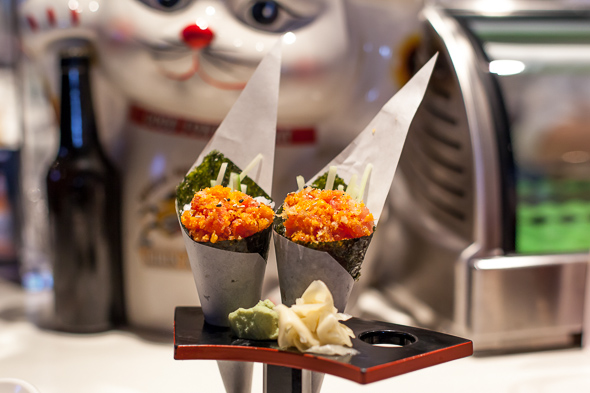 Parking yourself at the bar affords views of the TVs as well as the chefs in action. Spicy tuna hand rolls ($6.95 each) come swiftly, stuffed to the gills with chopped tuna, spicy mayo and a crunchy bite from the tempura flakes. 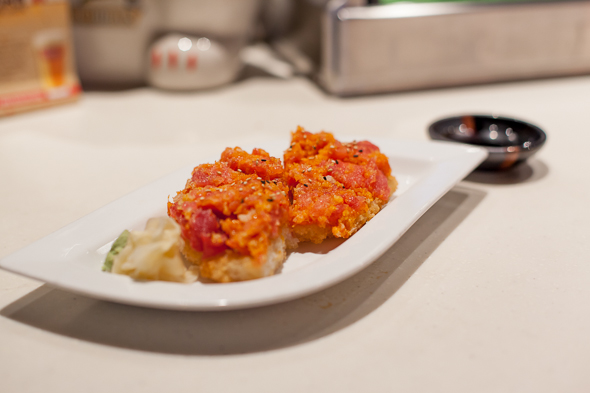 Tuna sushi pizza ($10.95) is a low point. While the crispy rice base had the desired amount of crunch, it was lacking in sauce, the spicy mayo glue that holds it all together was mostly absent. A better revision would be to top it off with another layer of texture, like Fune does with a pop of fish eggs, chopped green and white onion.

While the speciality roll menu inundated us with 33 mind-boggling choices, the Crazy Roll ($12.95) won us over and was a huge highlight. Spicy scallops come carefully bound around rice and seaweed while lightly torched albacore tuna is draped on top. Diced green onion, coarsely chopped jalapeno pepper and a slathering of spicy mayo compete with the wasabi for 'burn your face off' bragging rights. 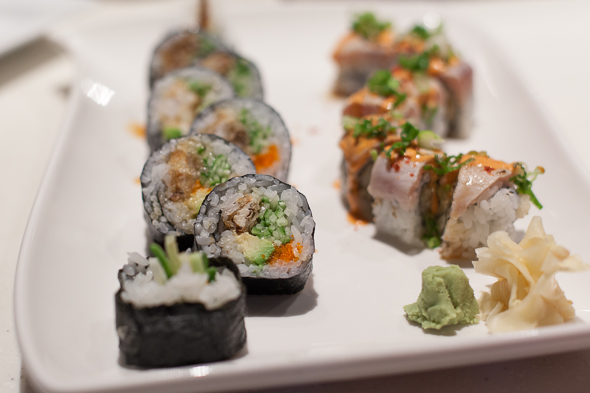 While the dish definitely displayed the chef's alluring creativity, we held back on ordering round two - instead opting for the comparatively tame Spider Roll ($10.95) with soft shell crab tempura, squeaky fish egg, cucumber and avocado. While well-crafted and certainly fresh, the roll was missing the pageantry of its plated sister, no giant claws or similar appendages acting as a centrepiece here.

We passed on desserts, but were tempted by the Candy Bar Tempura ($9.95) that features a Twix, Mars, Snickers and O'Henry chocolate bars getting gussied up like freakshow CNE dessert, served with ice cream on the side. 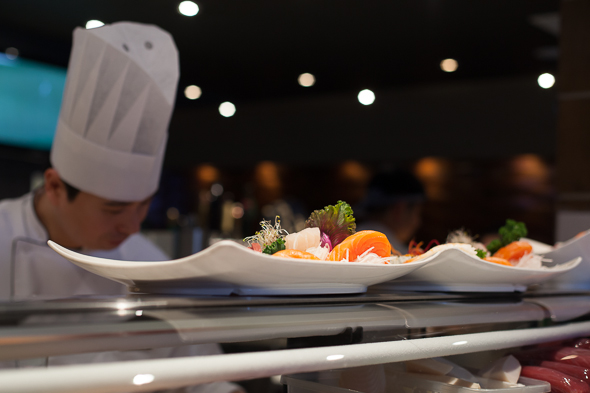 Moto does swift business at both lunch, dinner and with not much nightlife in these parts (neighbour Estrella closed after not even a year open), unsurprisingly, it's a bit of a hub for drinking too. Moto translates to "foundation", and judging by their recent five-year anniversary, they may have just earned that name. 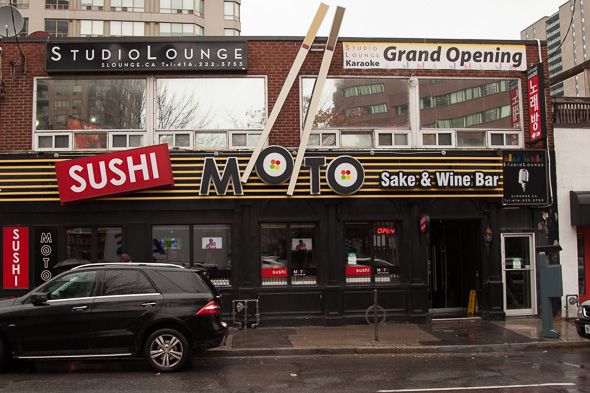 Writing and photos by Libby Roach.