SugarKane is serving up Caribbean- and Cajun-style eats, plus a menu of tropical cocktails made with Ting and sorrel.

This laid-back restaurant brings a different flavour to traditional Greektown, with Friday DJ nights and live music on Saturdays. 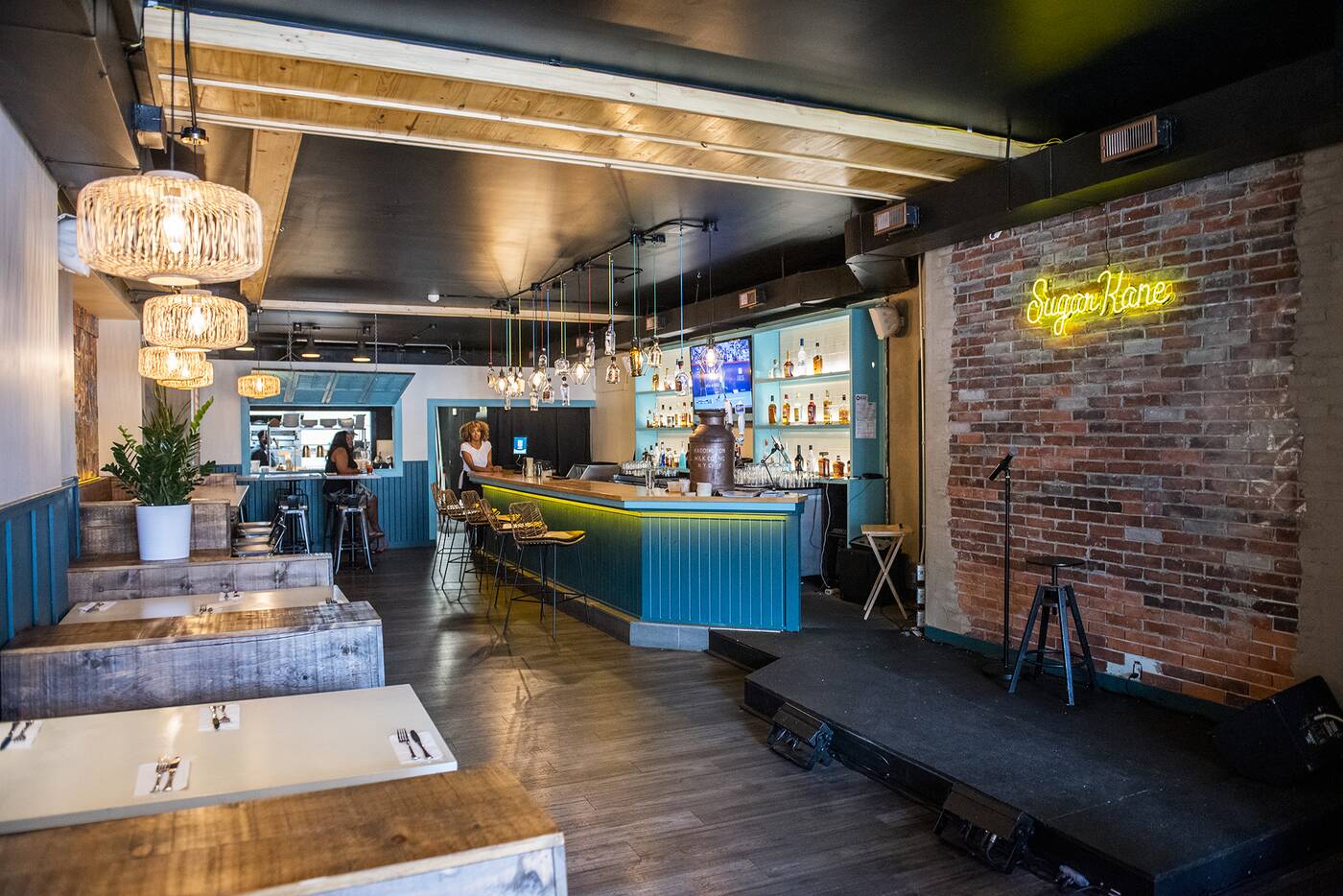 Spacious and airy, the restaurant is run by the Charles sisters—Nicole, Renee, and Donna—as an ode to the Caribbean and Cajun homecooking they grew up on. 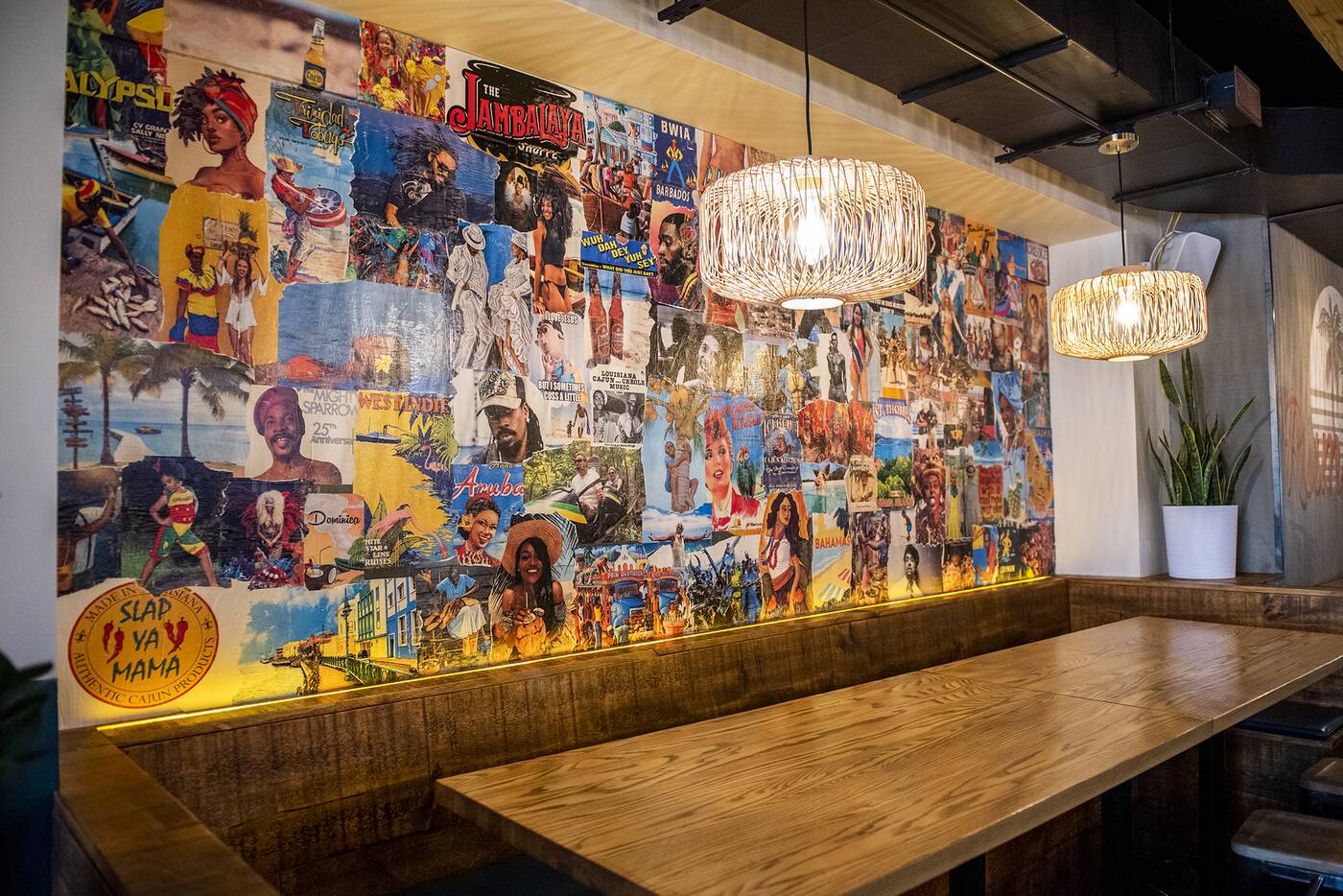 The three sisters had been running a successful catering company called Spiked Punch for seven years, cooking up a slew of different cuisine from Asian to Mexican out of their Scarborough home kitchen. 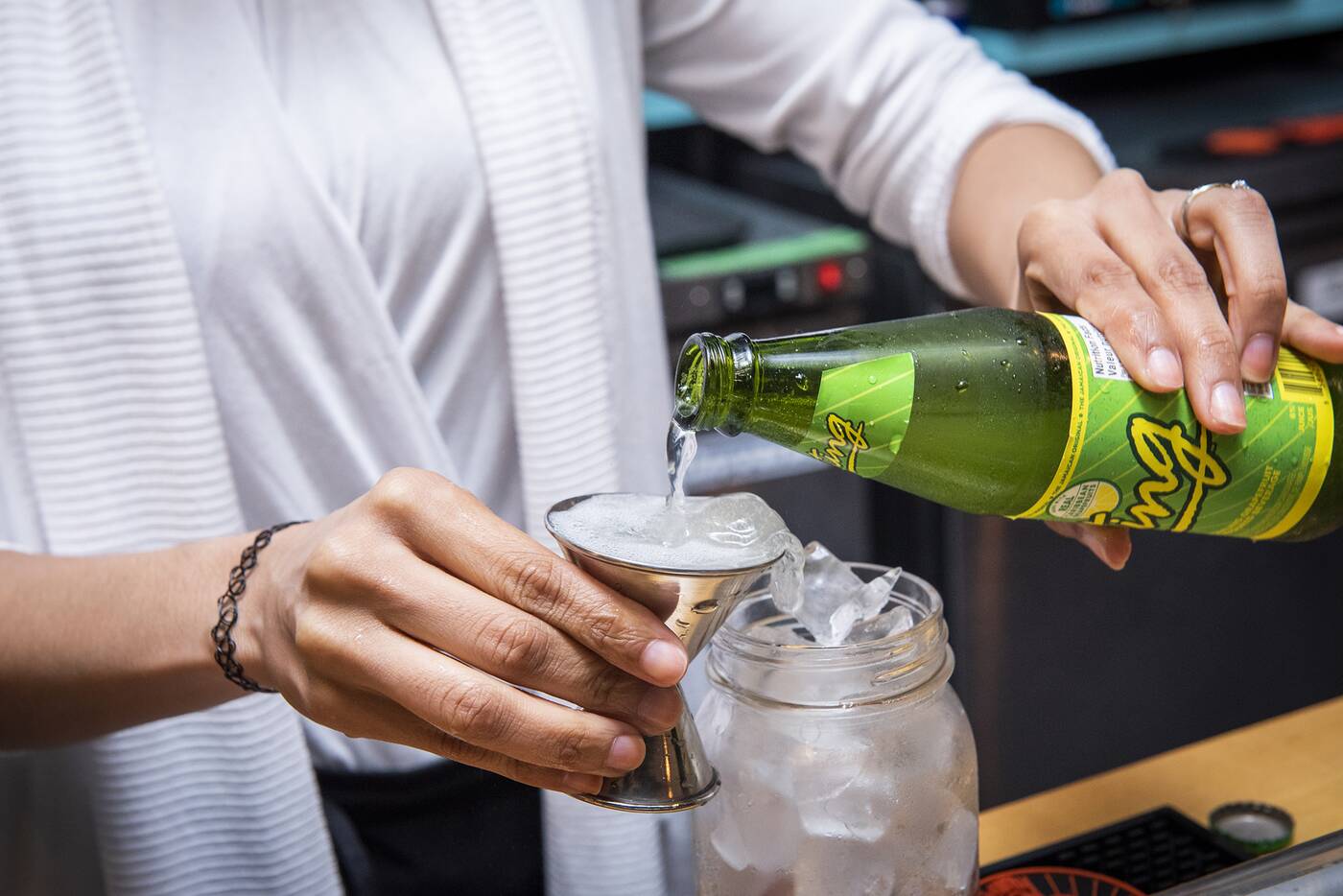 They've honed in eats like jerk, bake and shark, and Creole soul food since taking over the old digs of Nacho Bar, teaming up with Chef Bryan Birch, formerly of the Trinidadian eatery Windup and Barque. 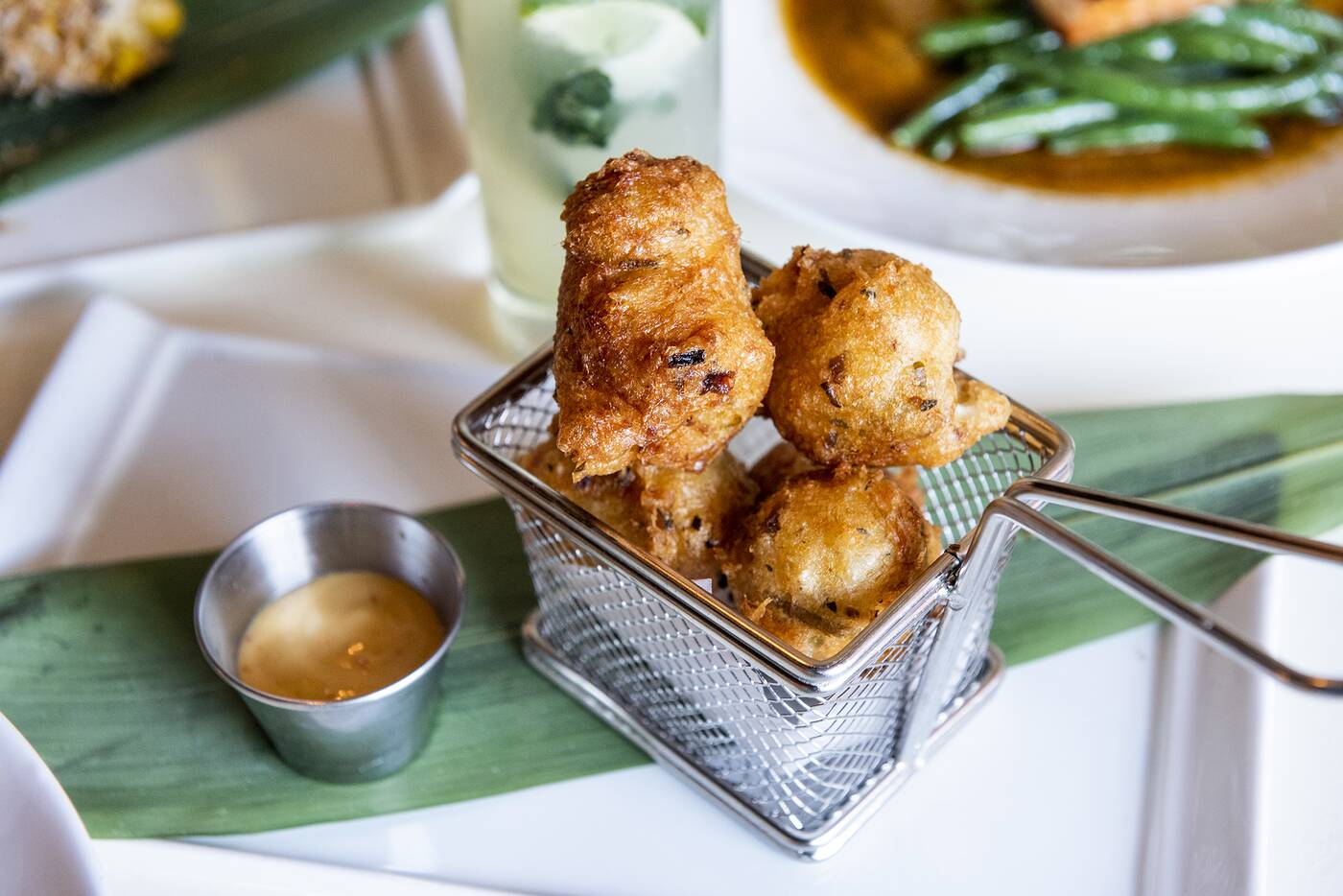 Uncle Ben's Salt Fish Cakes ($10) are a must. Inspired by their dad's recipe, these salted cod fish have an awesome, chewy batter, and are seasoned with scotch bonnet pepper. 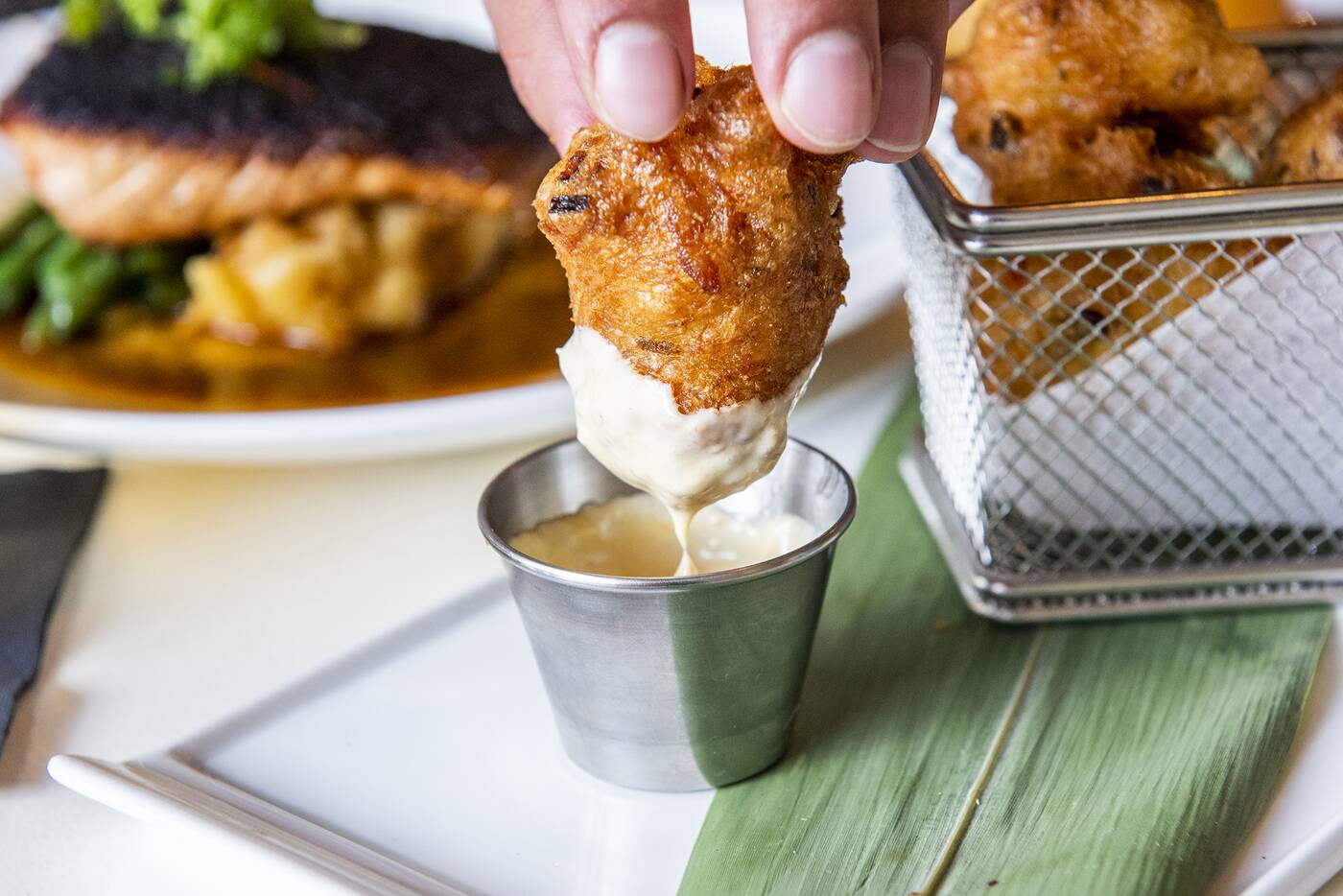 These delicious bites are served with habanero mayo sauce, which I'm told is more of a Bajan style of eating fritters. 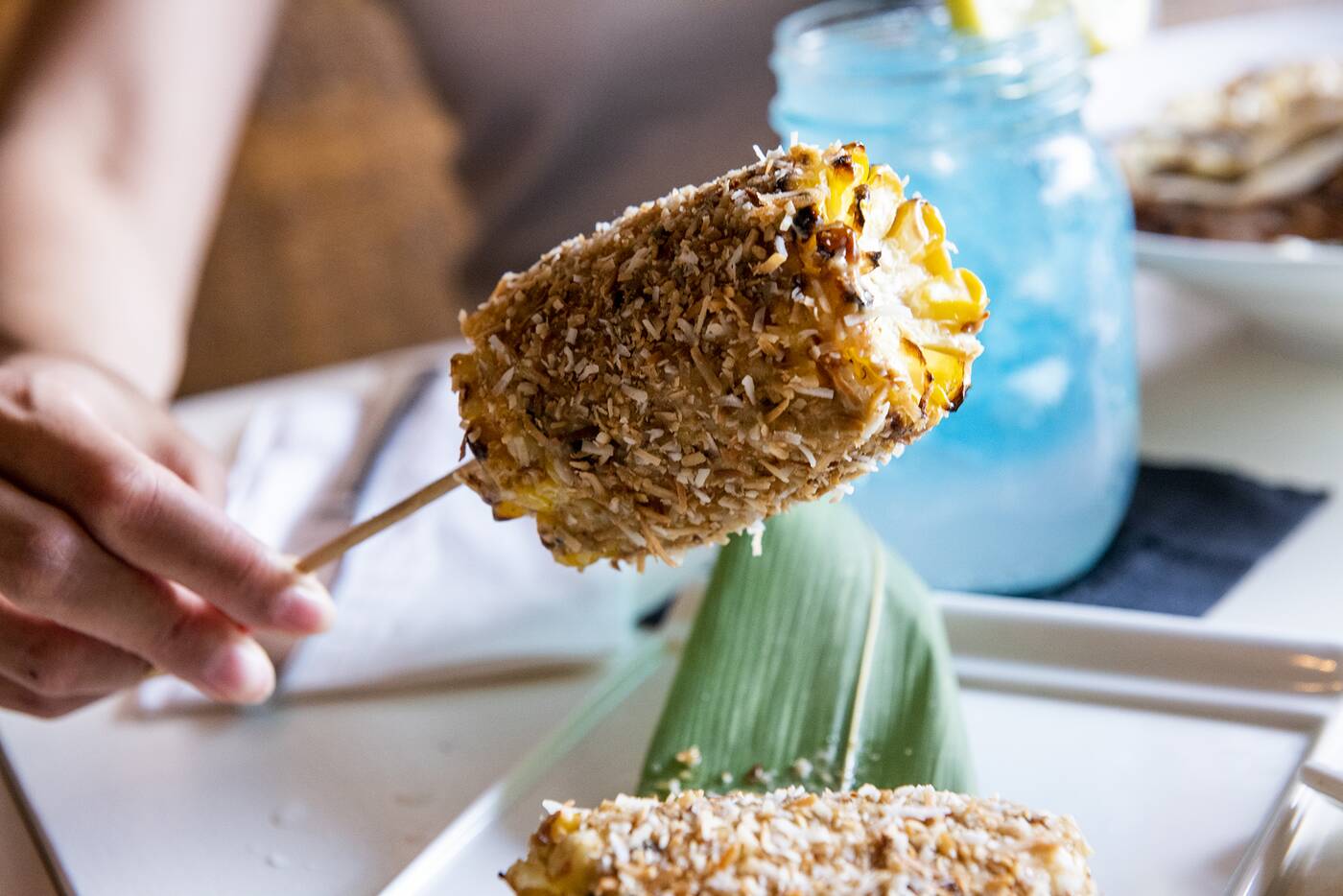 A grilled jerk corn ($8) offers up Ontario corn in their jerk aioli, and served with toasted coconut flakes, which definitely gives this elote more of an island feel. 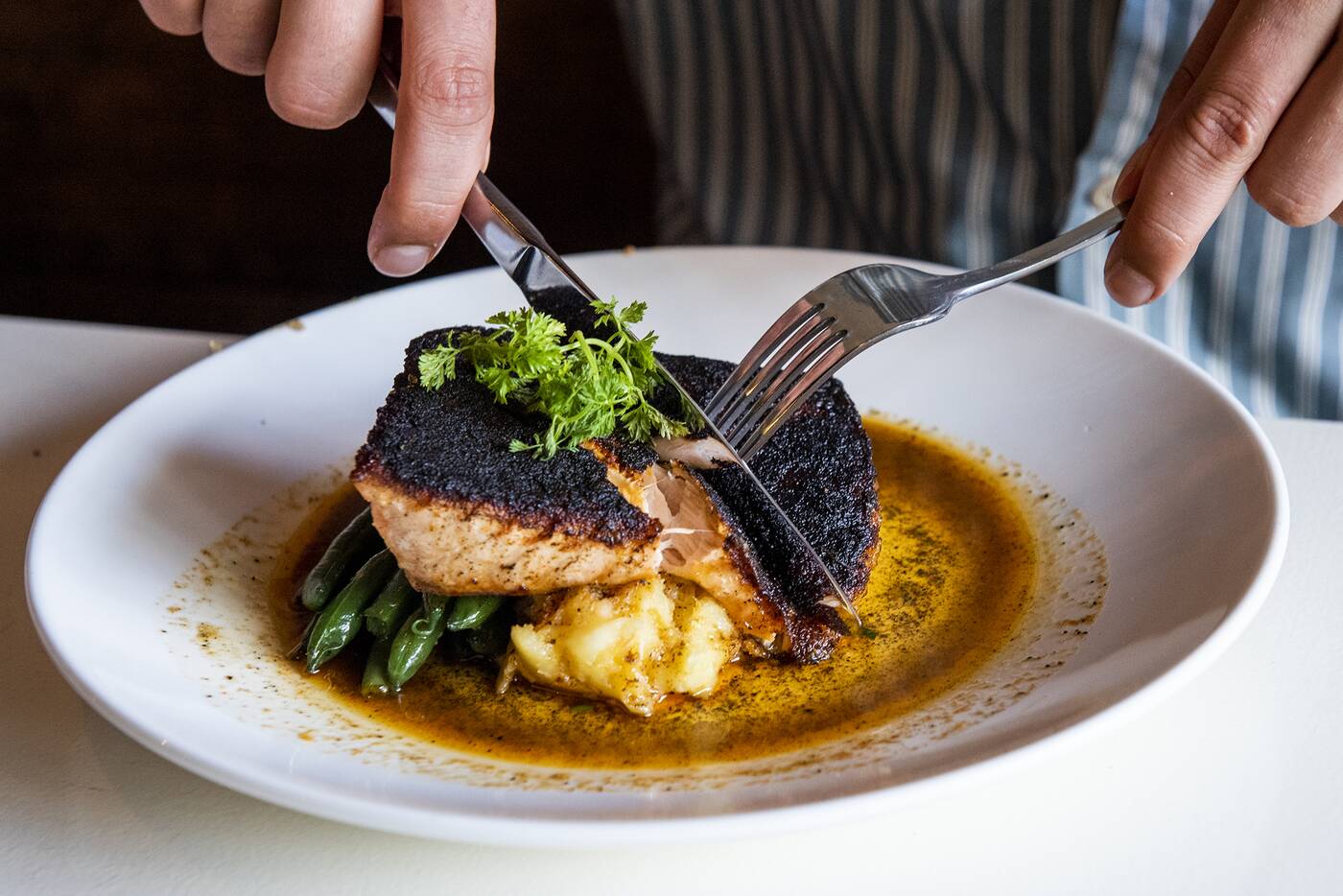 Blackened salmon ($22) is a deliciously buttery dish, using Atlantic salmon and Cajun spices. It's served on a delicious bed of garlic mashed potatos and green beans. 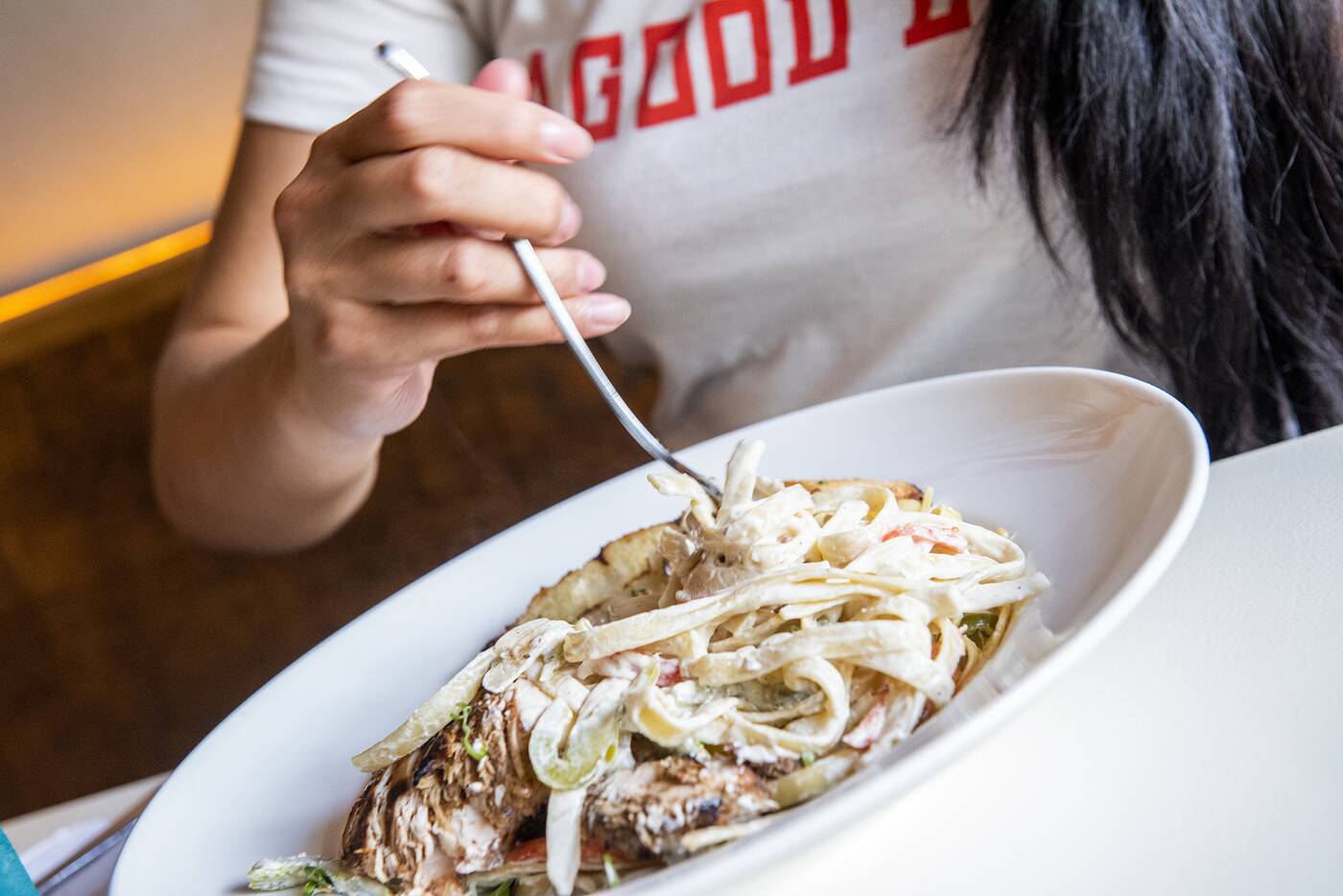 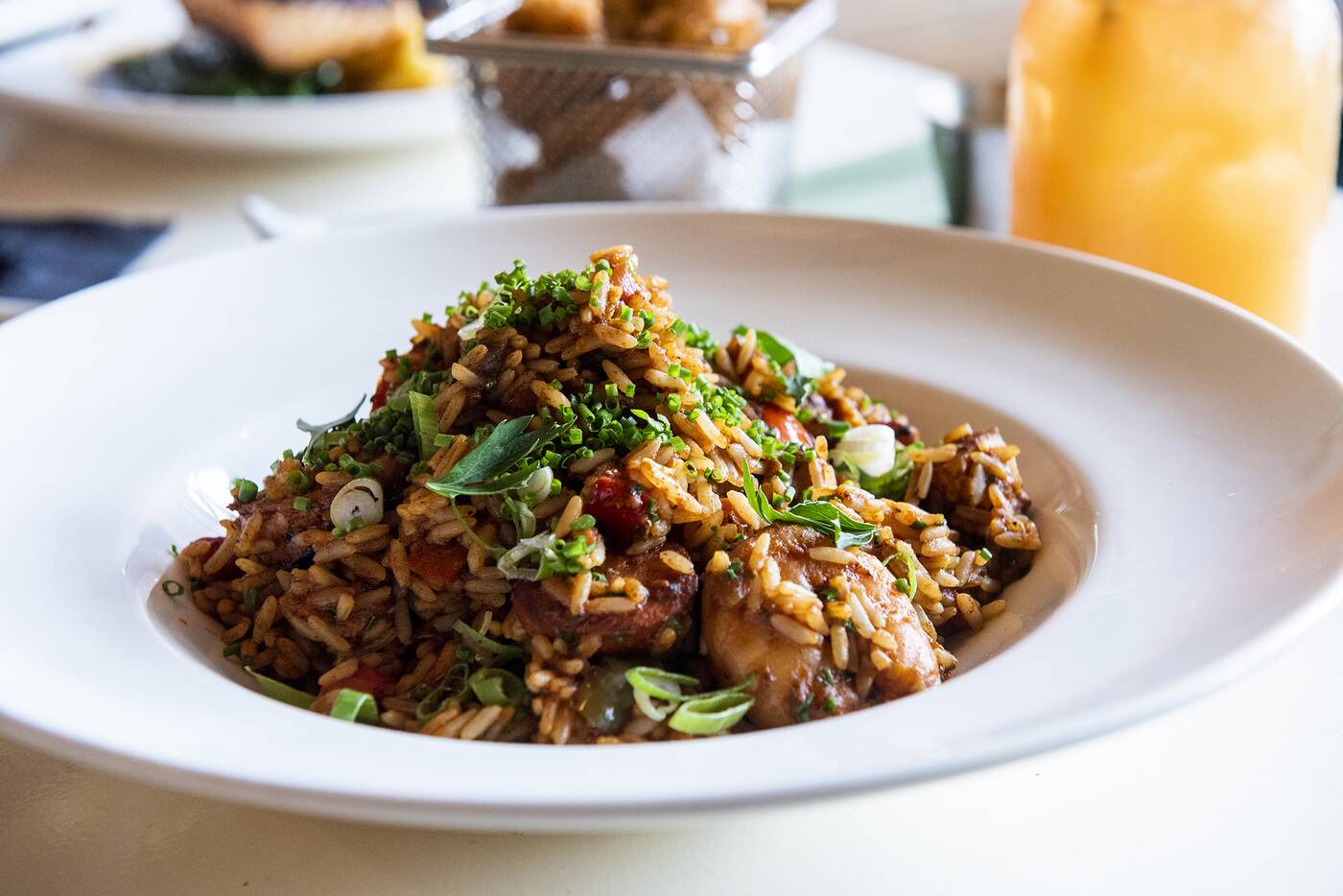 You can spice your dishes up even more with a housemade mango pepper sauce made from bonnet, or Aunt Flo's sauce (named after ther mom): a deliciously hot mix of Scorpion pepper. 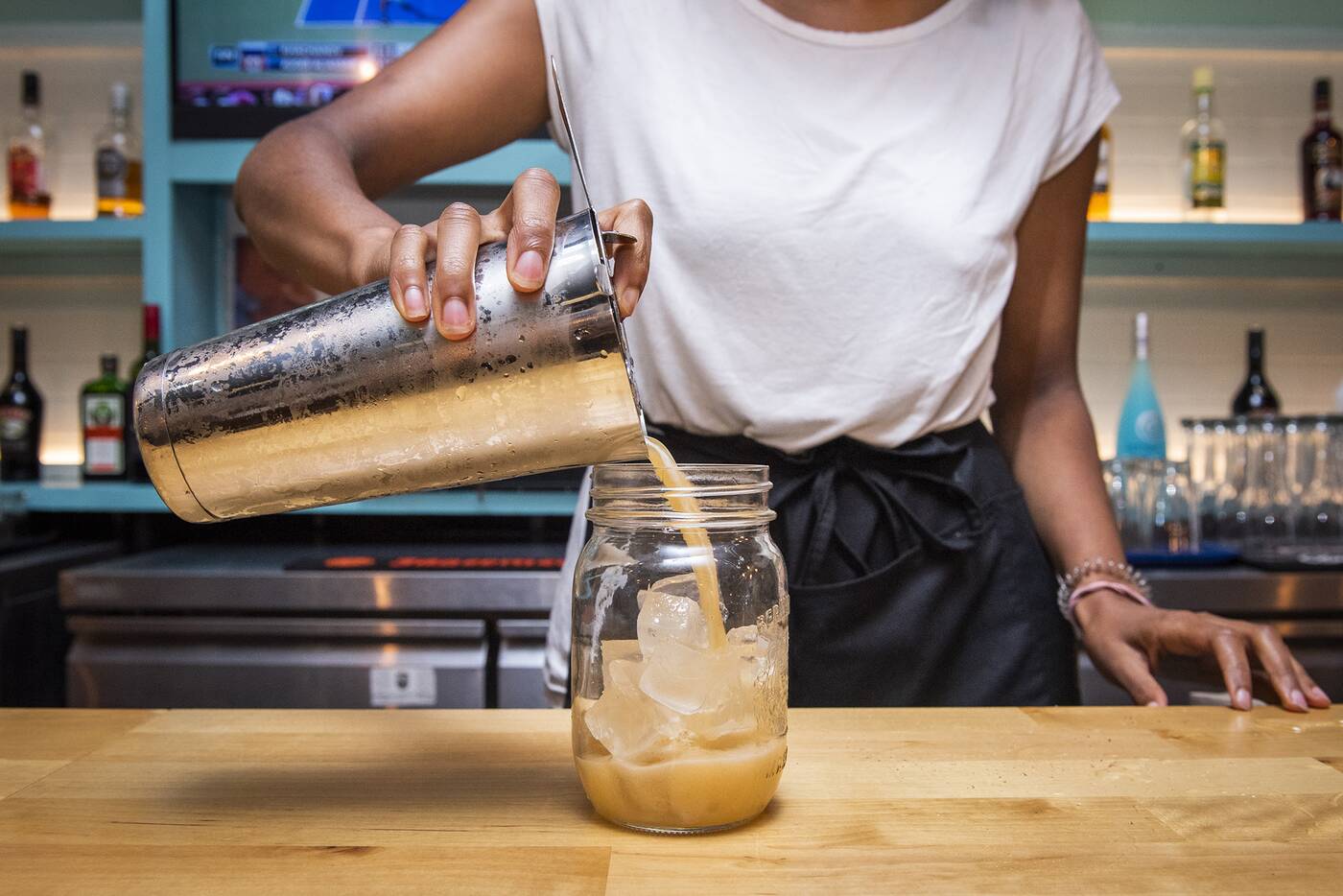 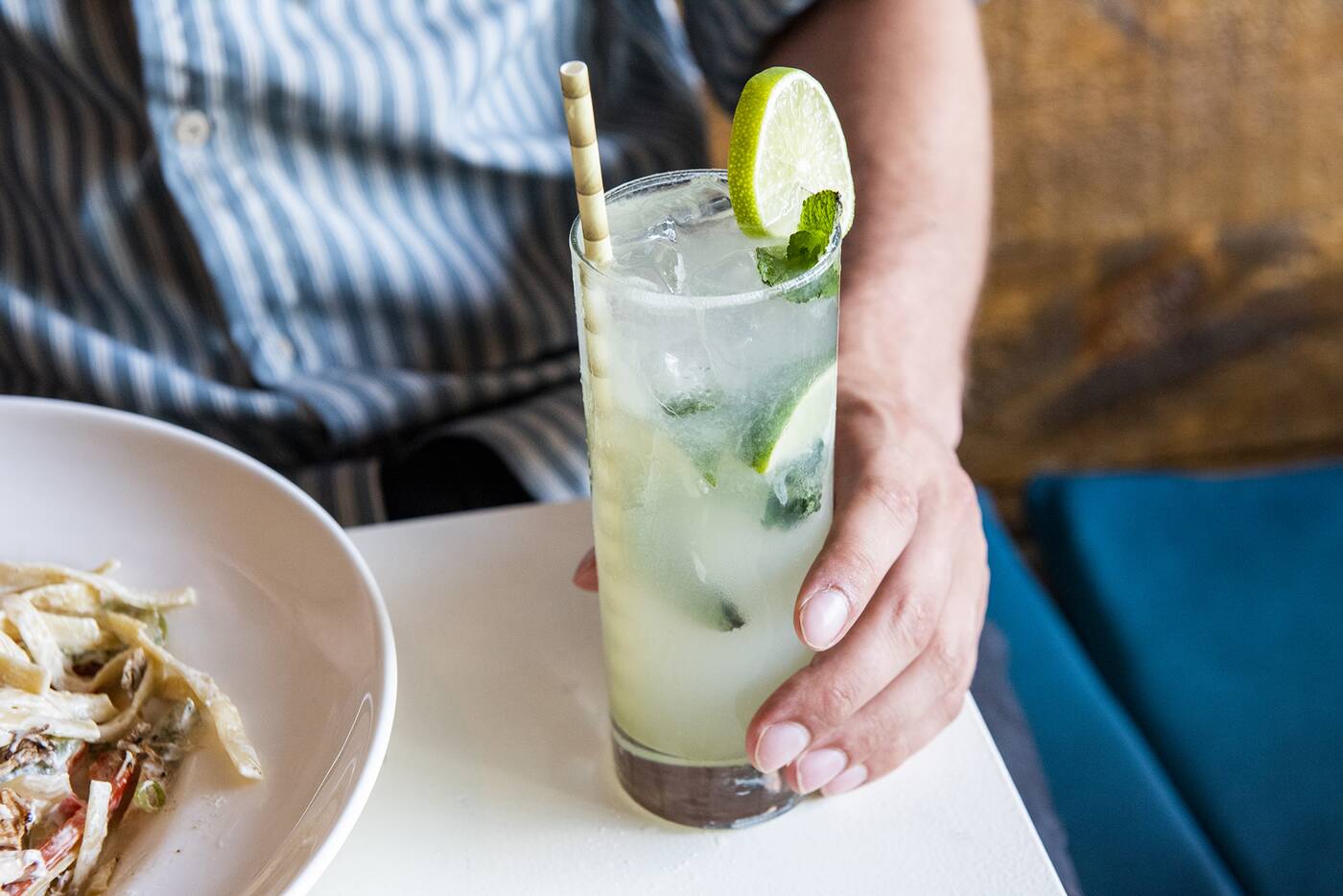 All mojitos ($12 each) are made with real sugar cane, and range from a classic flavour to one made with housemade sorrel. 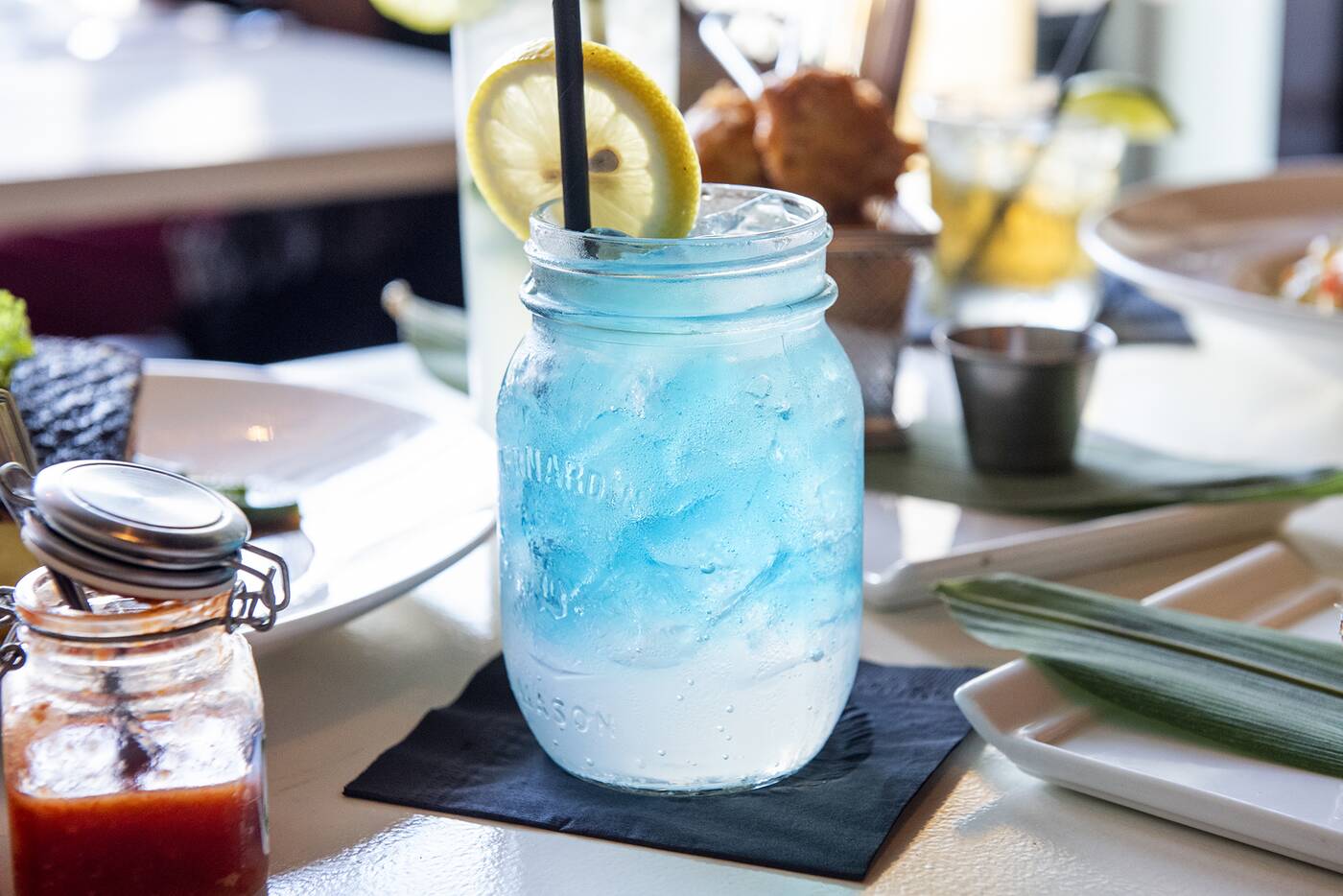 The Wray & Ting ($9) is a boozy, inebriating drink made from Grapefruit Ting soda and Wray & Nephew white rum. 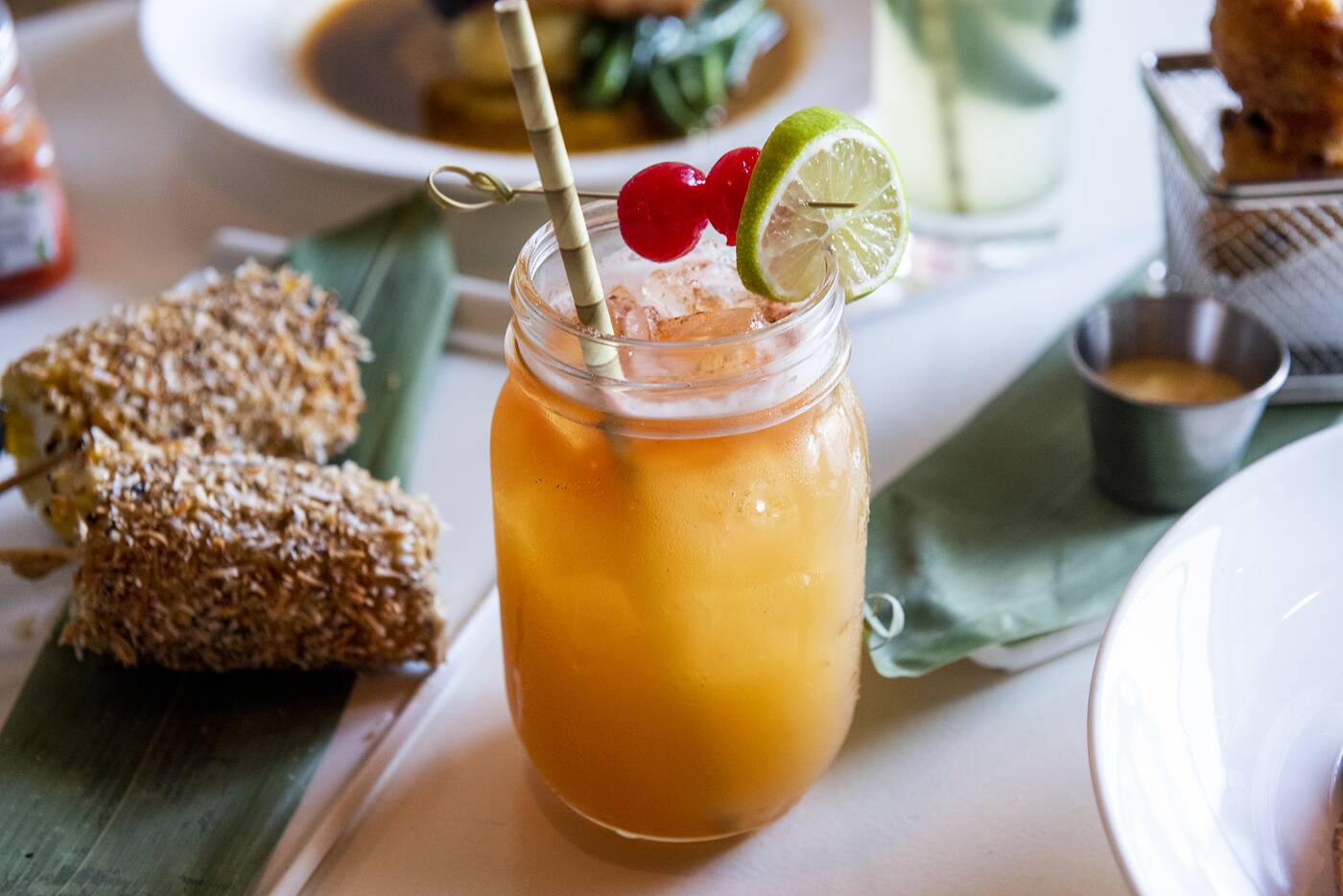 The Rum Punch ($12) is less of a head-spinner, with Angustora rum, bitters, and some grated nutmeg on top. 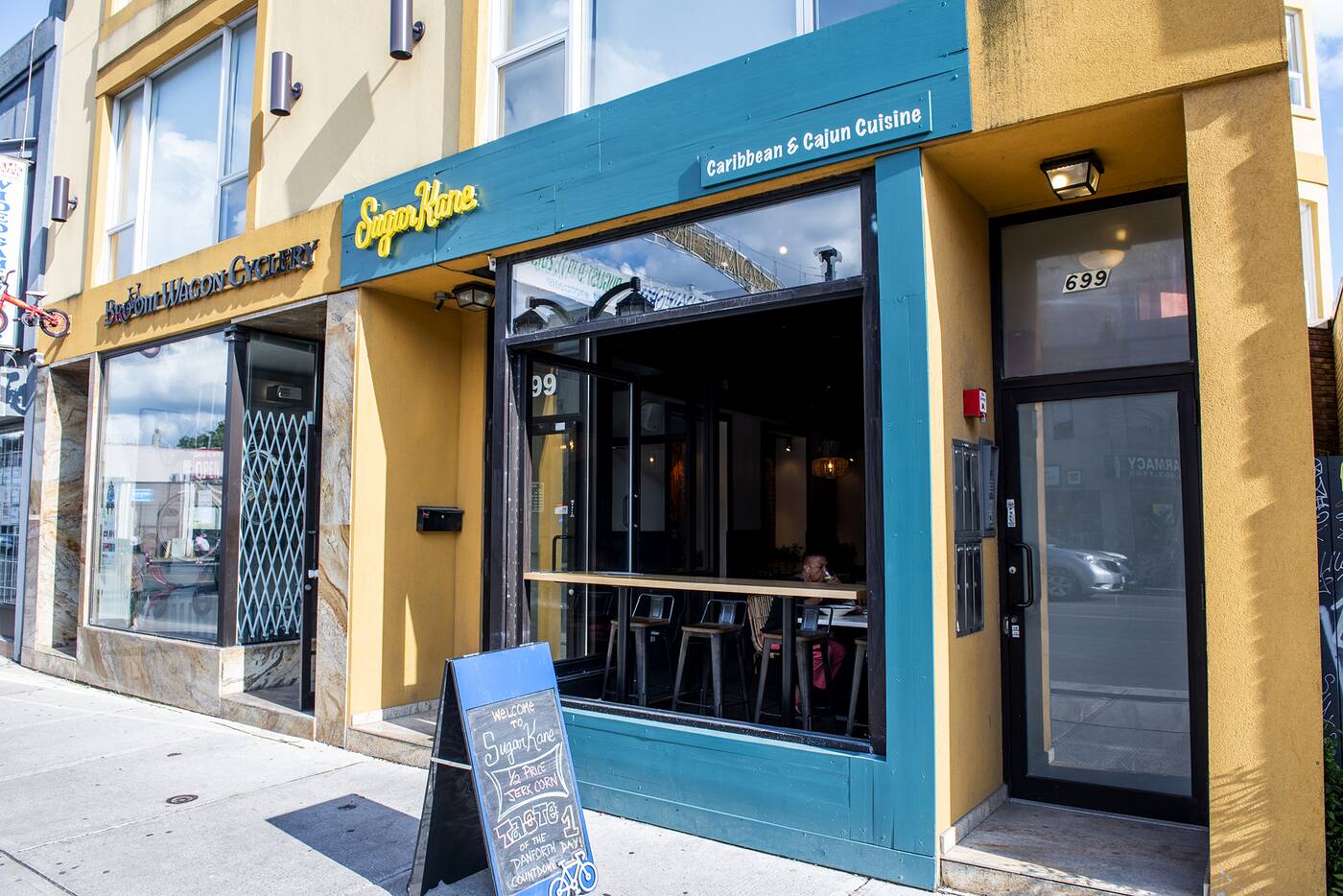