Nacho Bar is a restaurant serving up platters of cheesy comfort foods, risky cocktails, and party vibes in the east end.

Just steps from Pape subway station, it's a different type of Danforth destination than most other family-run, predominantly Greek restaurants in the area. 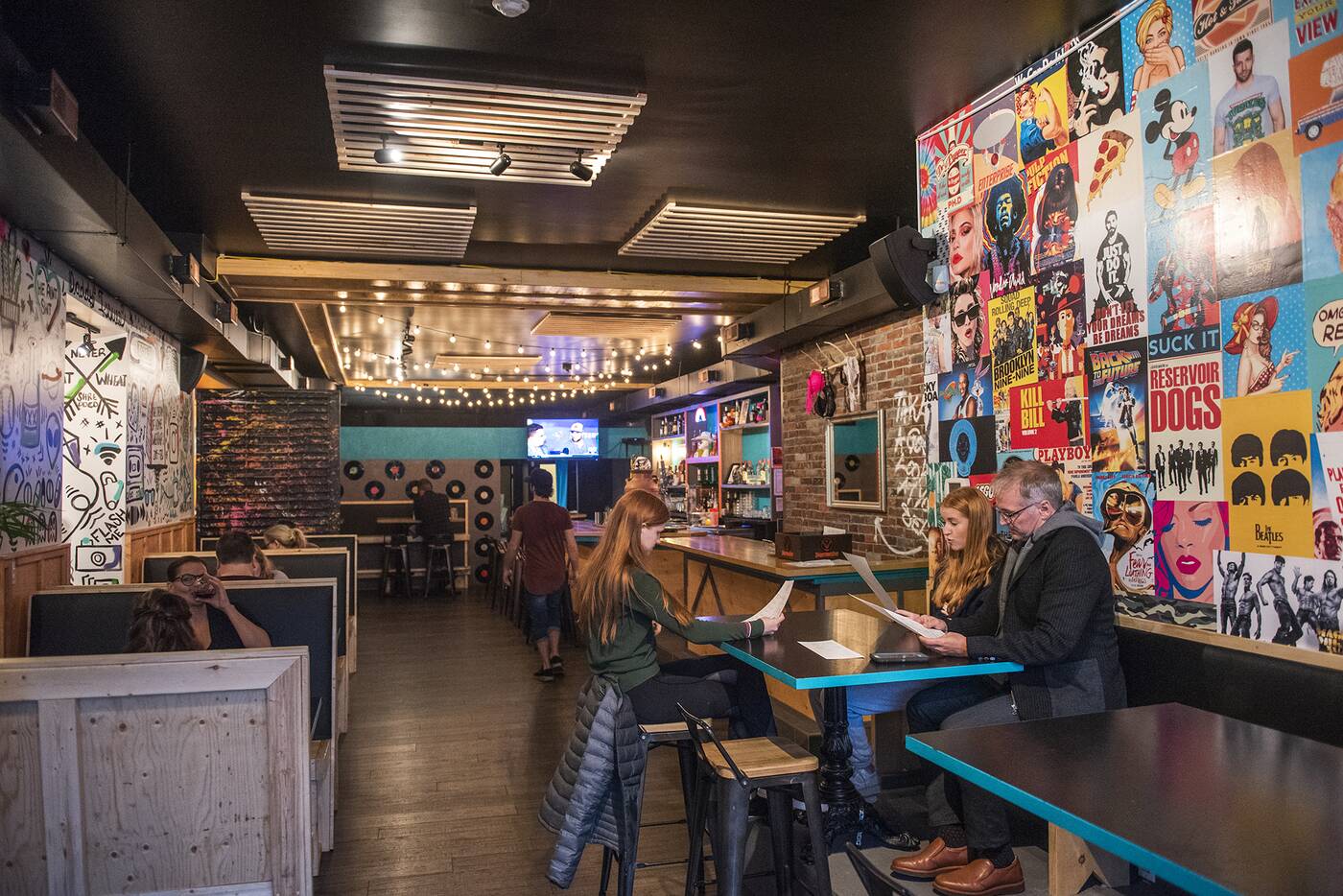 Clearly catering to more of a late-night crowd—as evidenced by a playlist of tracks including classic Murda Inc. and hits off Country Grammar—Nacho Bar touts itself as a west coast-inspired "premium dive-bar." 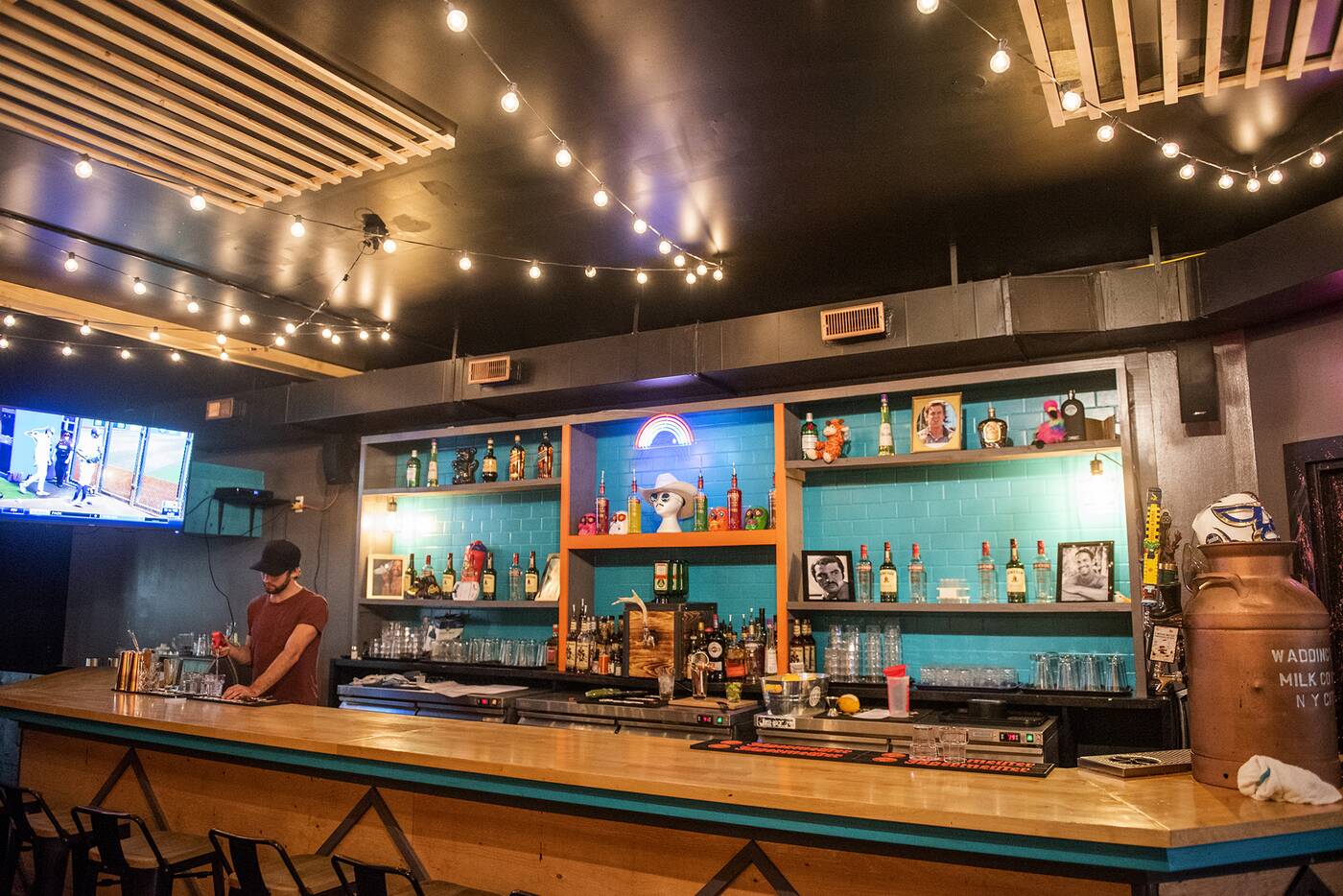 The restaurant is too carefully curated to really classify as a dive bar, though maybe with more wear and tear it'll eventually look more run-down and less, you know, clean. 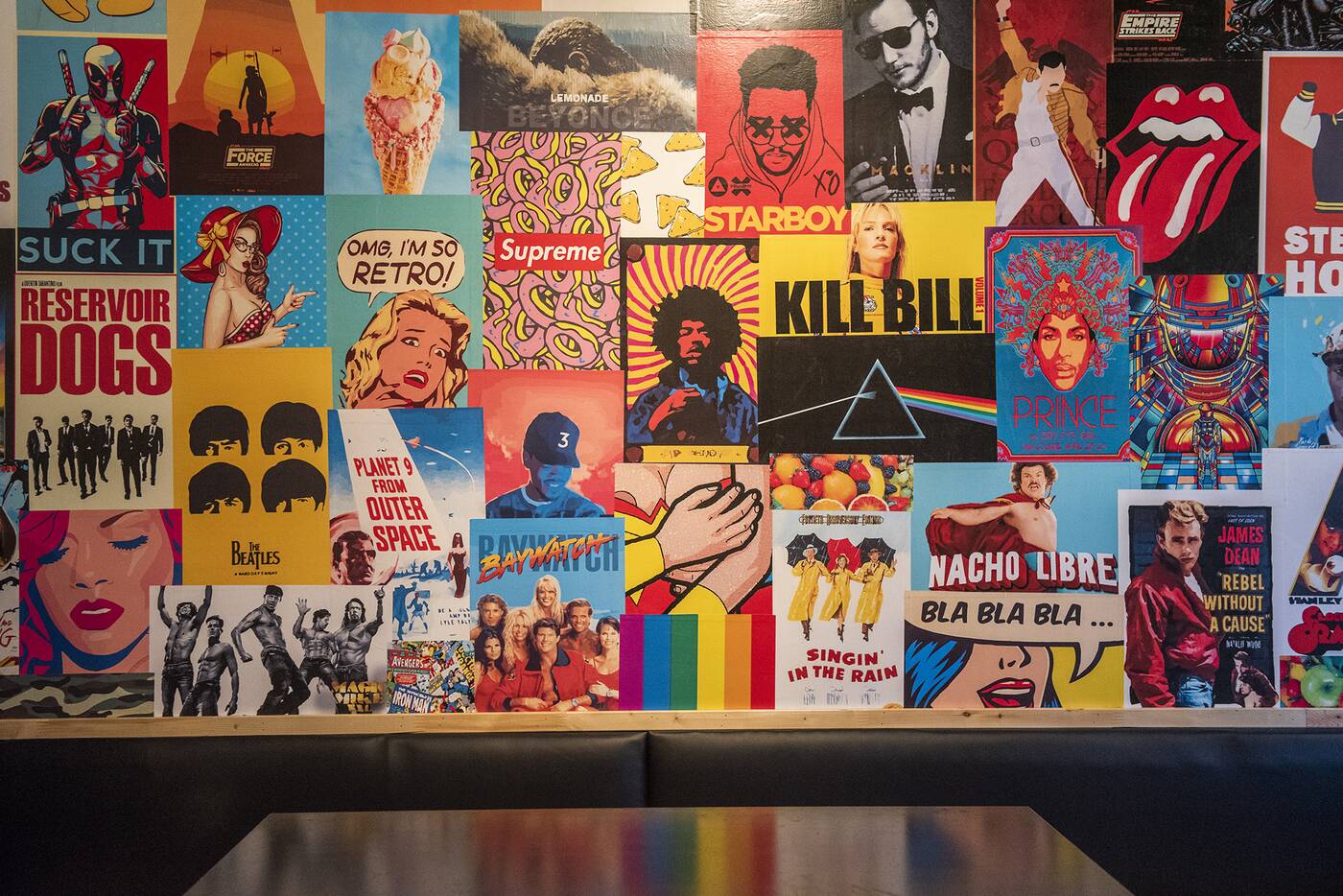 The walls and the bar are covered in a mix of carefully collaged pop culture posters, loose vinyls, and tequila bar paraphernalia, which gives the whole space more of a Tex-Mex party house vibe than a grimy hole-in-the-wall. 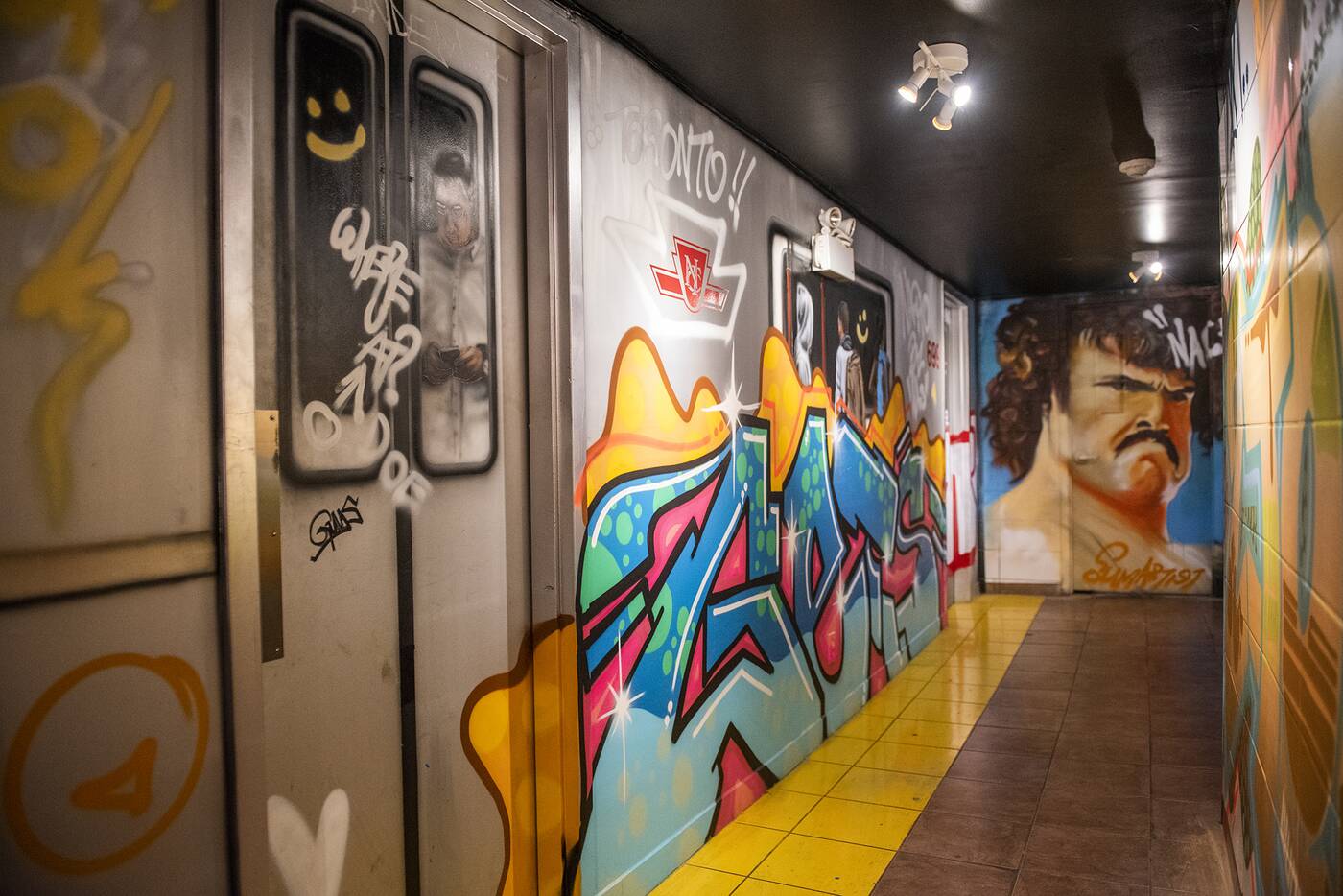 The most authentically grungy area of Nacho Bar is the downstairs washroom area, which still features the cool subway-themed mural left over from back when the place was Nomads, in case you just can't get enough of the TTC. 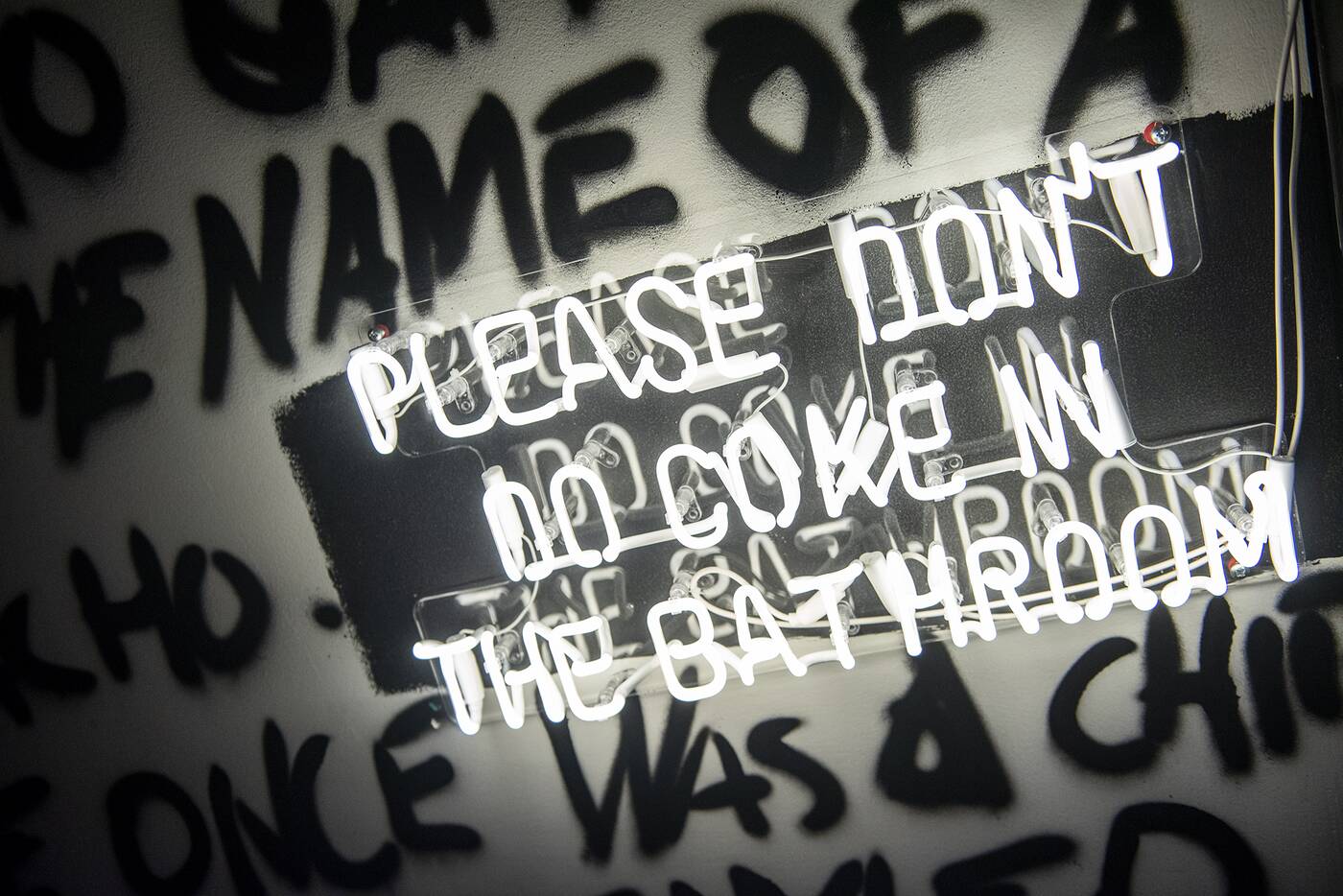 There's an undeniable element of bro party culture running through the space, like the neon sign telling you not to do coke in the bathroom (wasn't planning to but now that you mention it) and a stag's head hung with women's underwear by the bar. 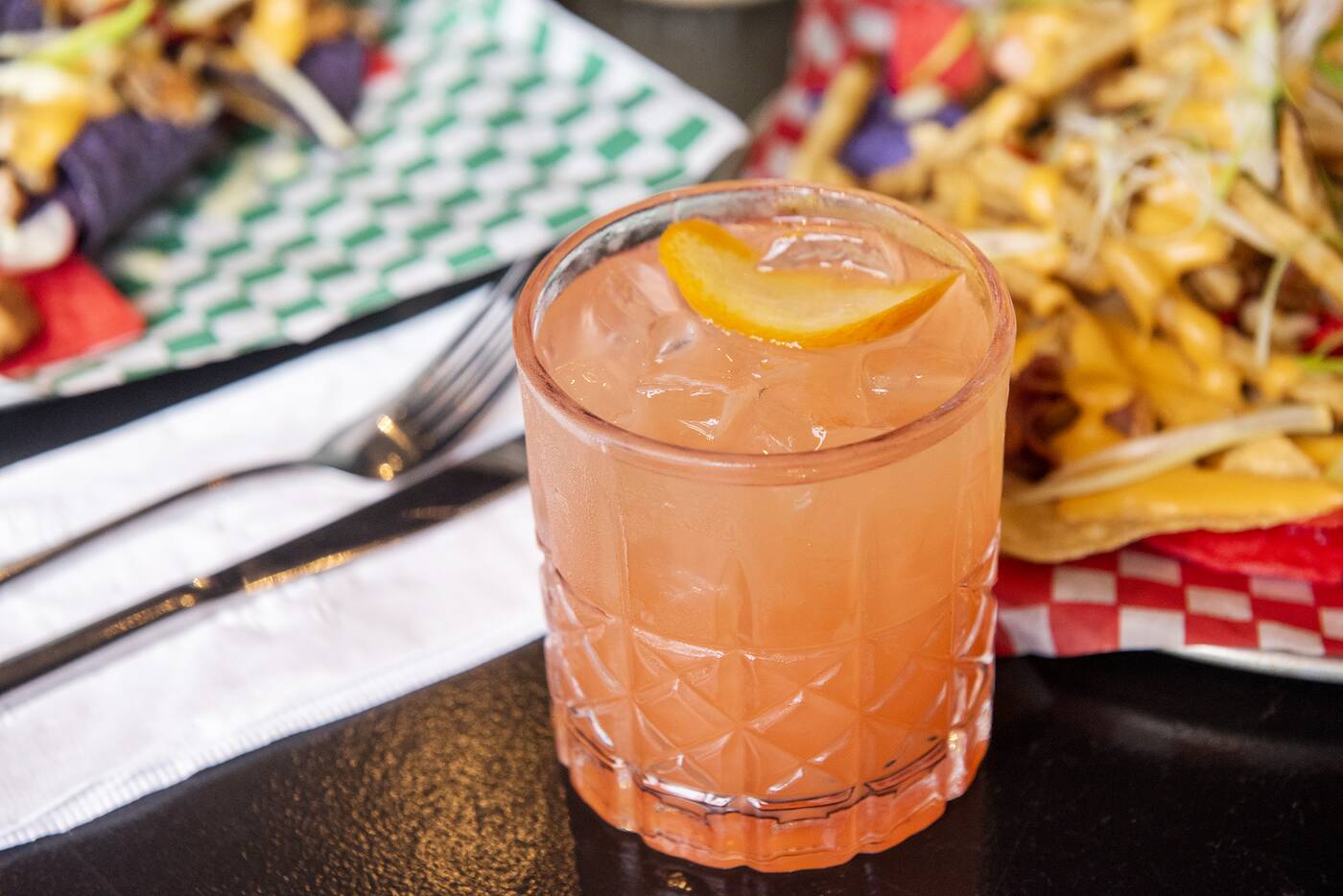 And if that's not enough fraternity fun for you, there's also a cocktail menu with drinks like the very problematically named Daddy Issues ($7), which is basically just vodka soda. 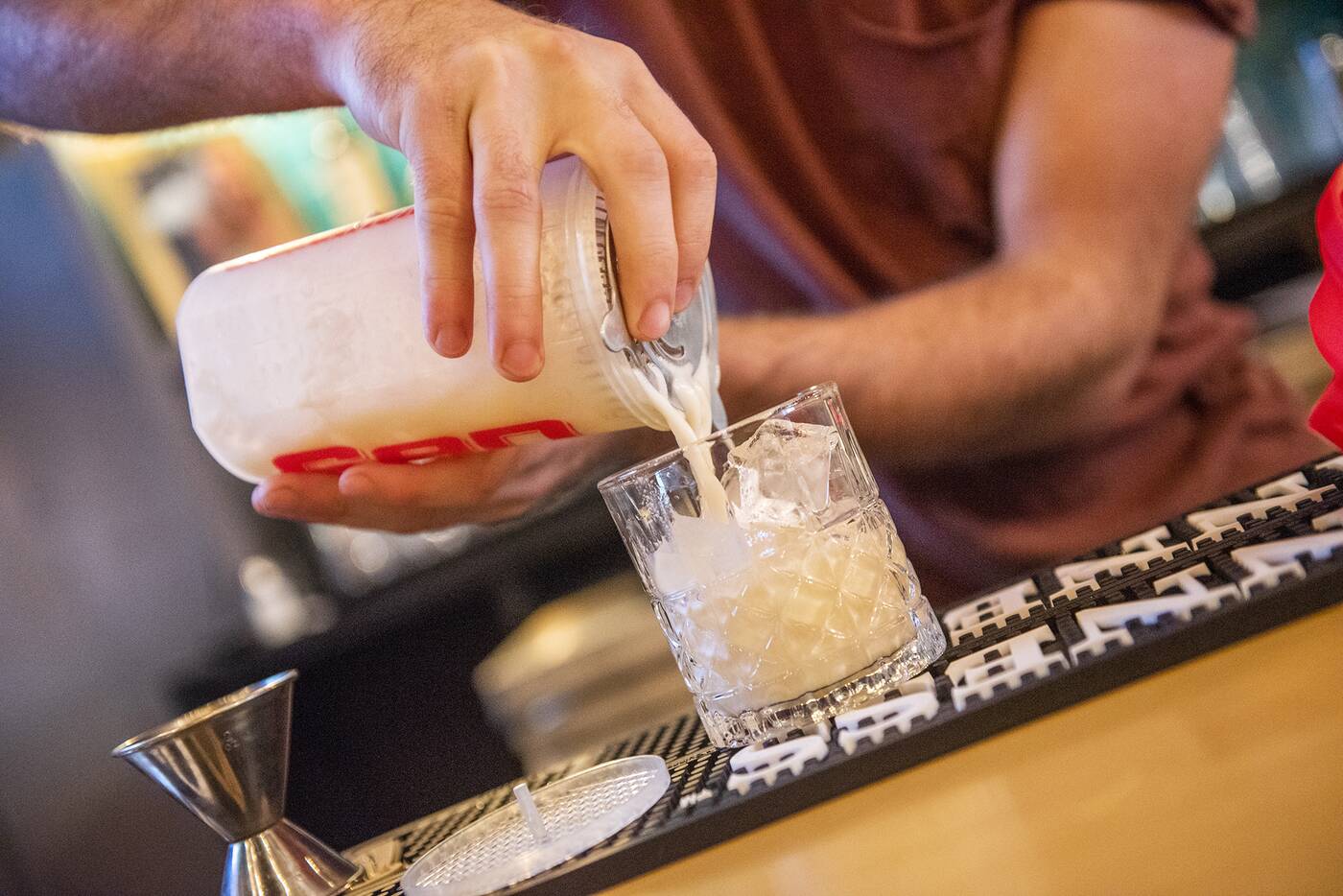 Better yet, there's the Jonathan Harvey Ball Banger ($8), named after Nacho Bar's owner, who is apparently a fitness competitor. 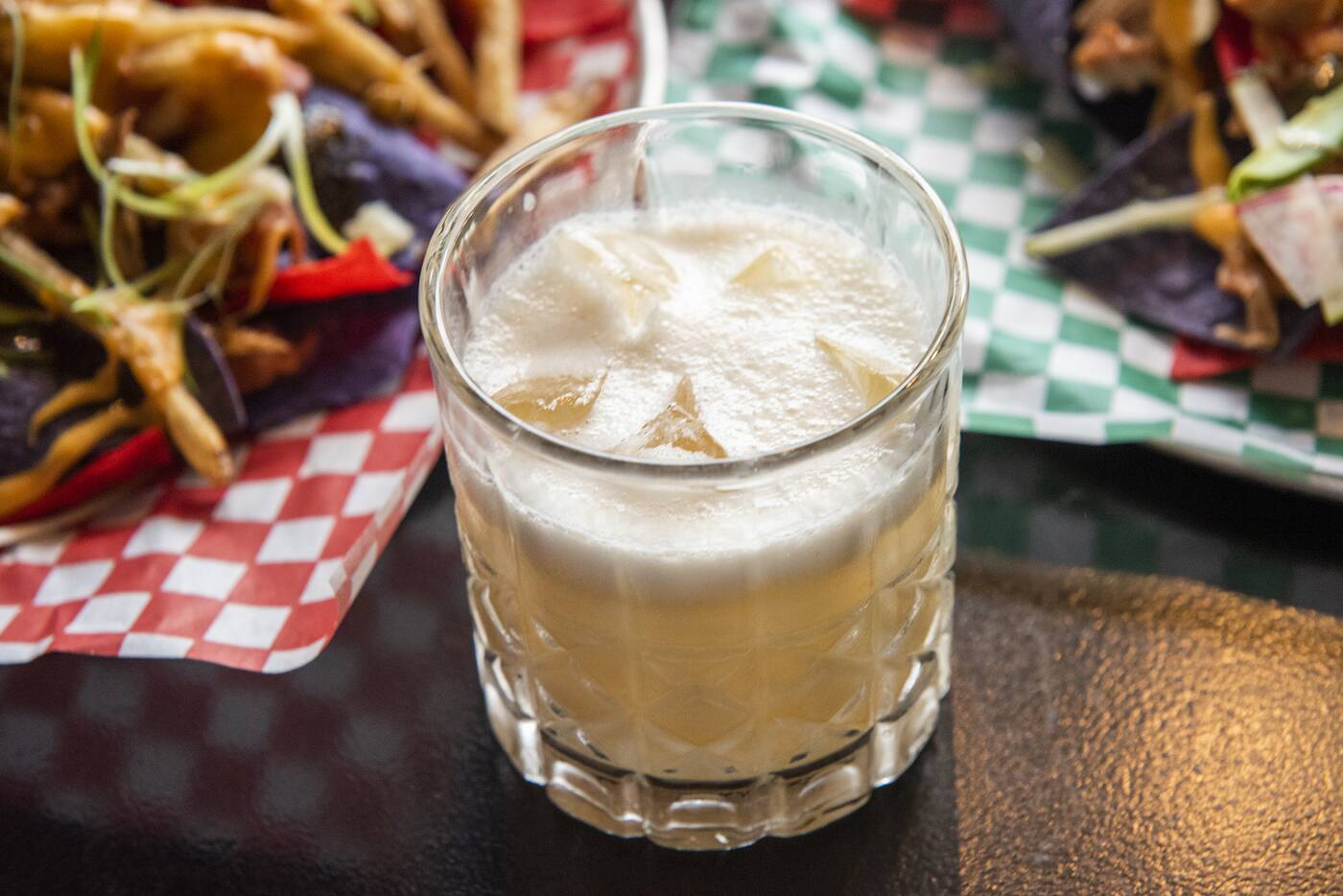 A mix of Smirnoff vodka, absinthe, and half a scoop of whey protein powder (yes, you read that all correctly), this special concoction is shaken up and poured from the holy grail of bro vessels: a protein cup. 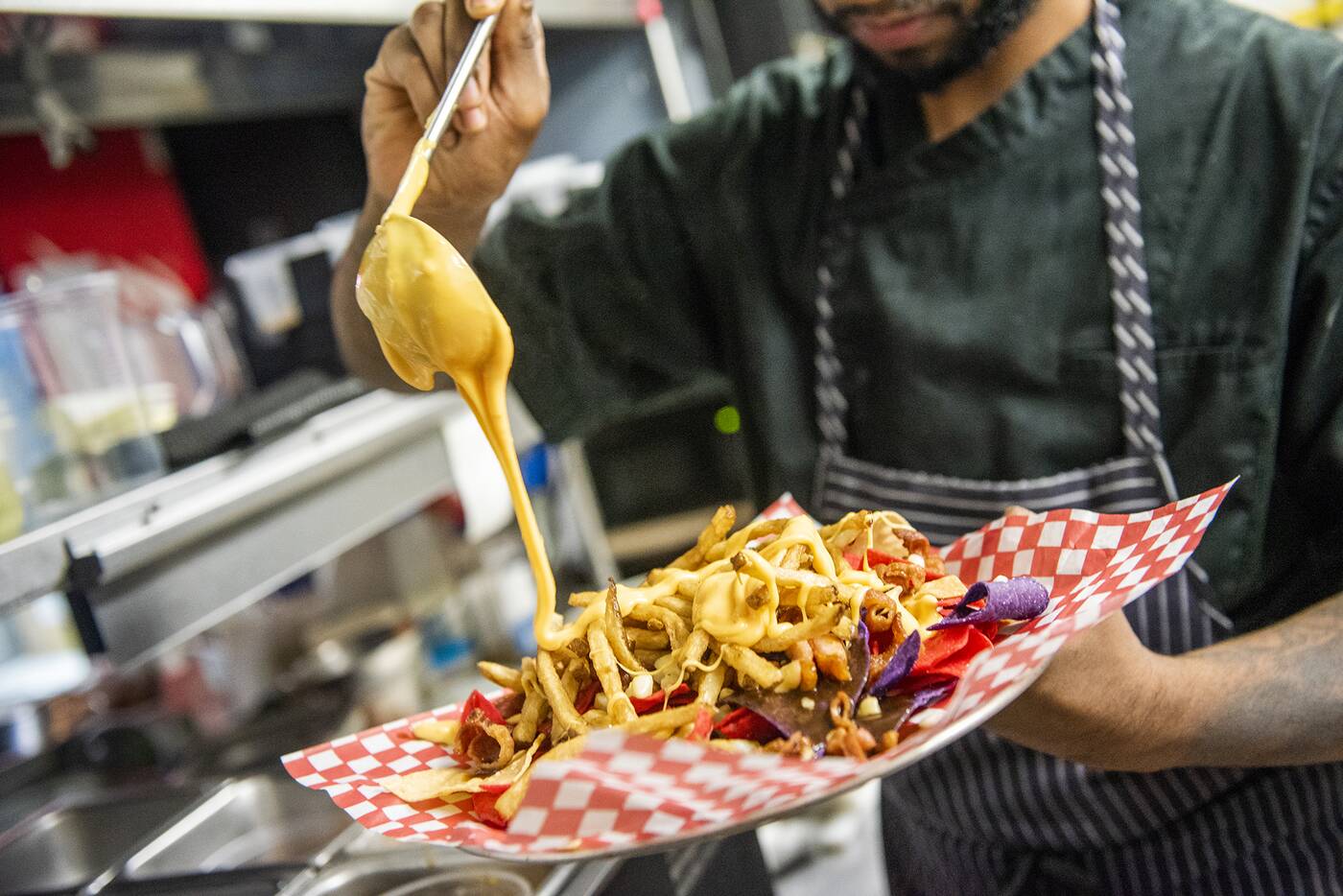 As for its namesake, there's six types of nachos to choose from, which come in personal sizes and fairly affordable party platters large enough for three people. 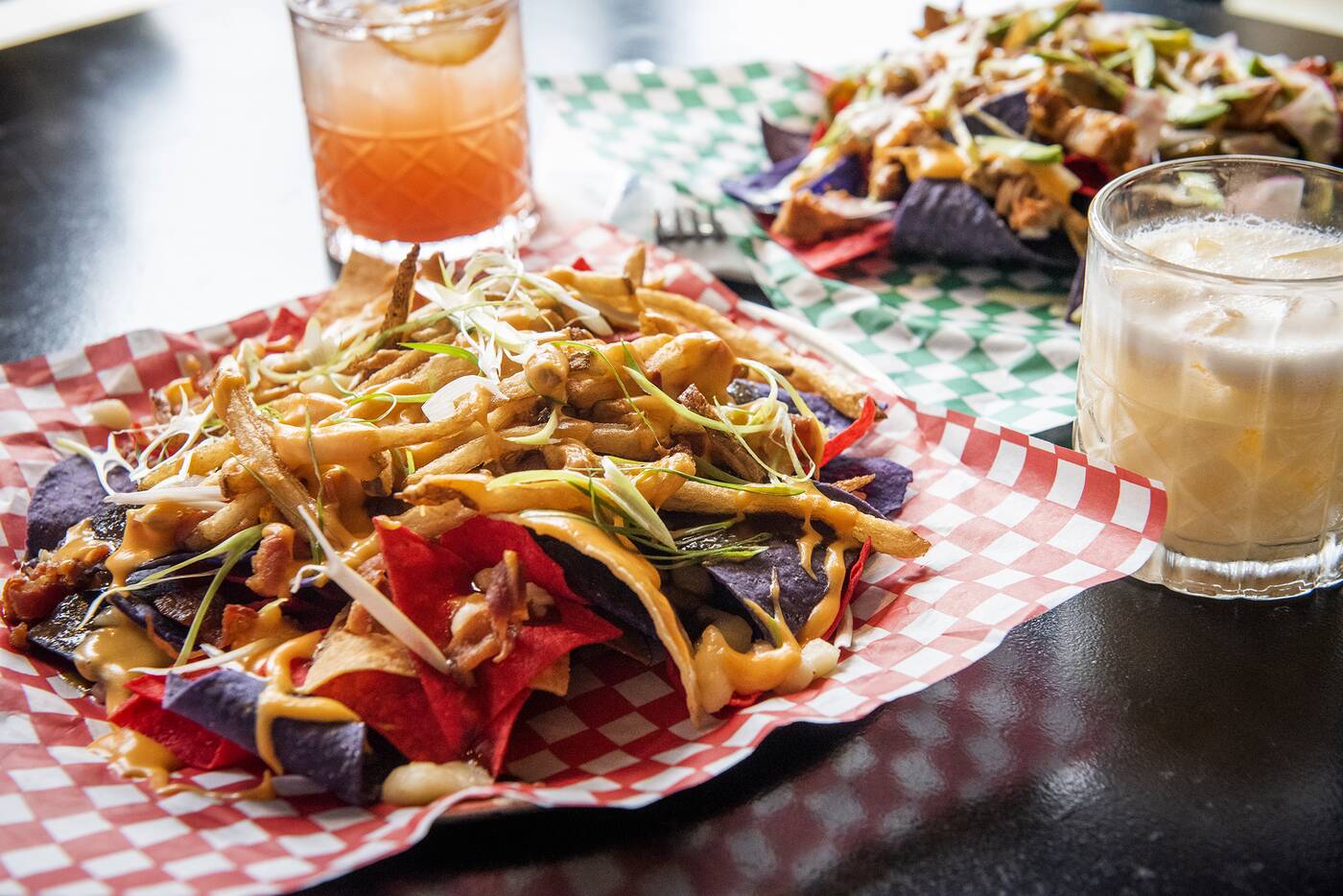 The Canadian ($10 for small/$22 for large) is Tex-Mex meets Montreal with poutine-like toppings. 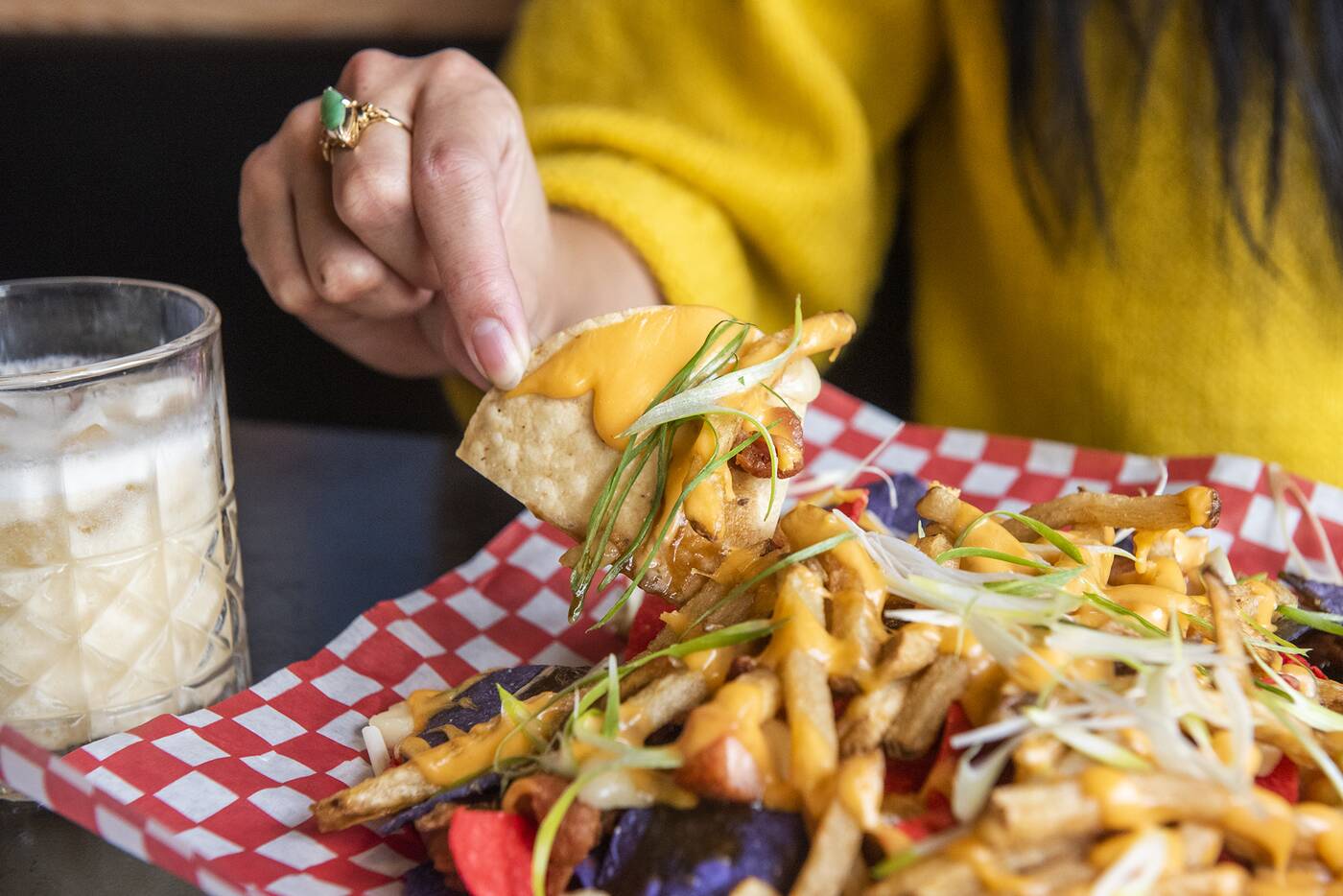 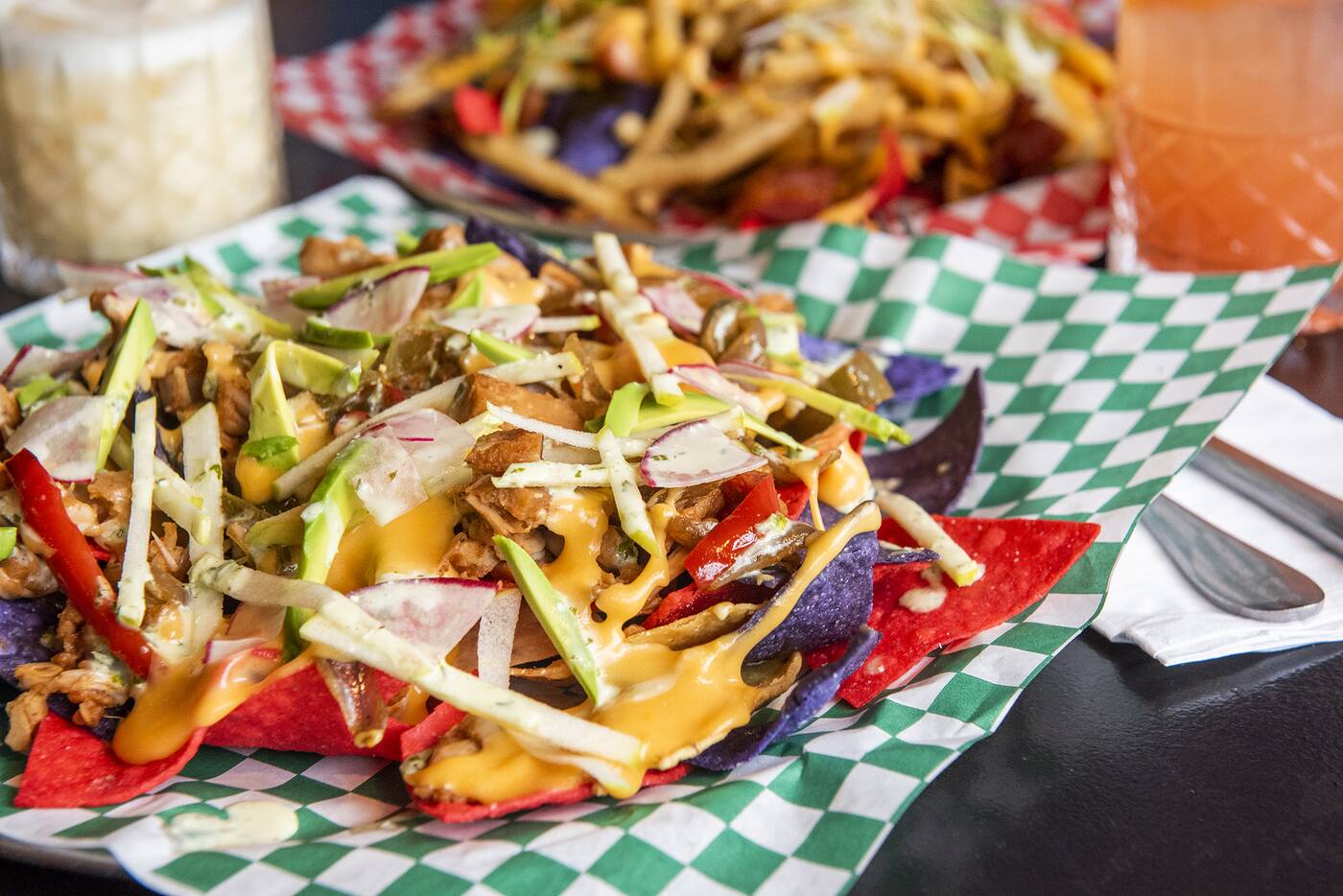 The Hipsters Paradise ($9/$21) is vegetarian friendly, because to a bro, all non-meat lovers are hipsters, duh. 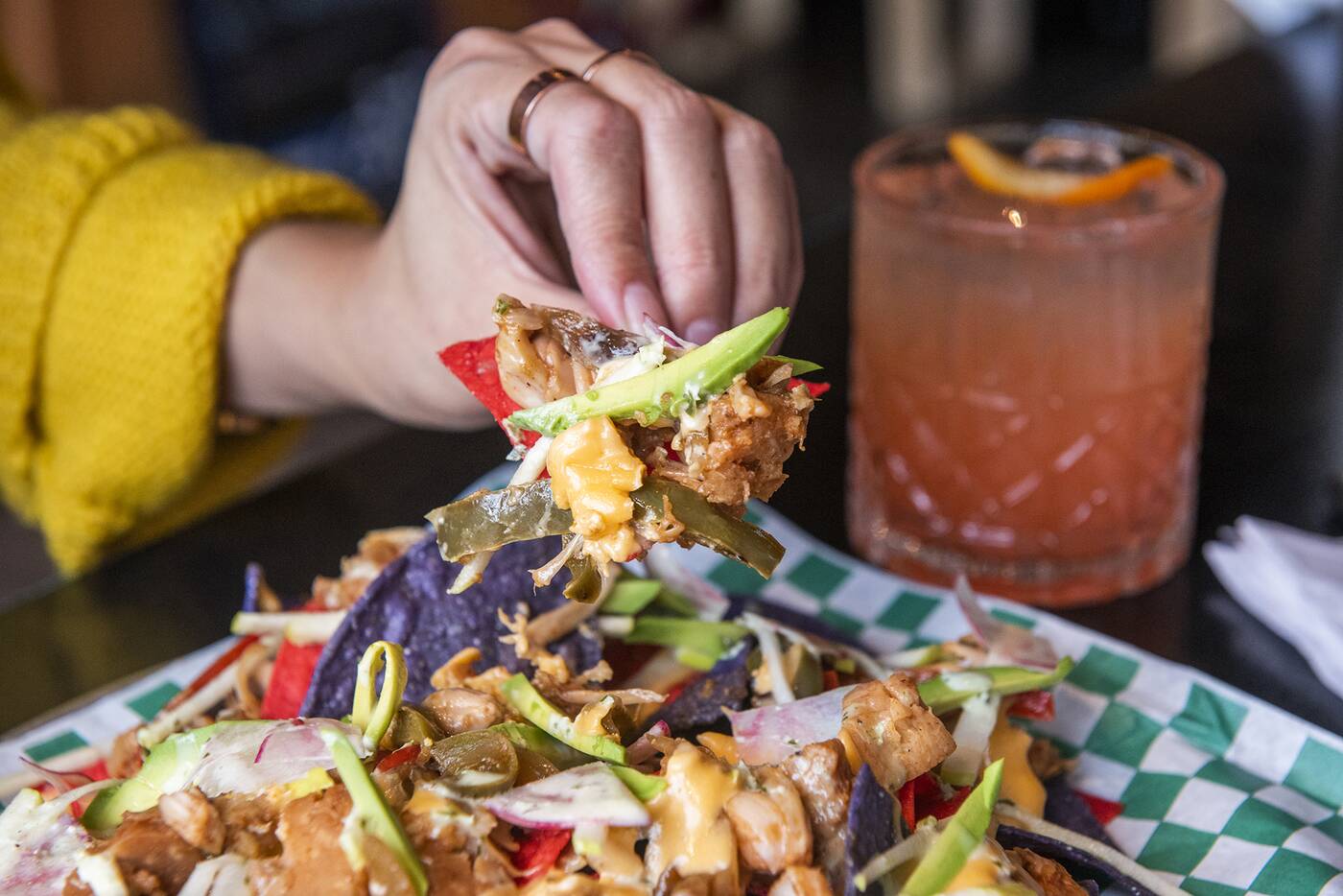 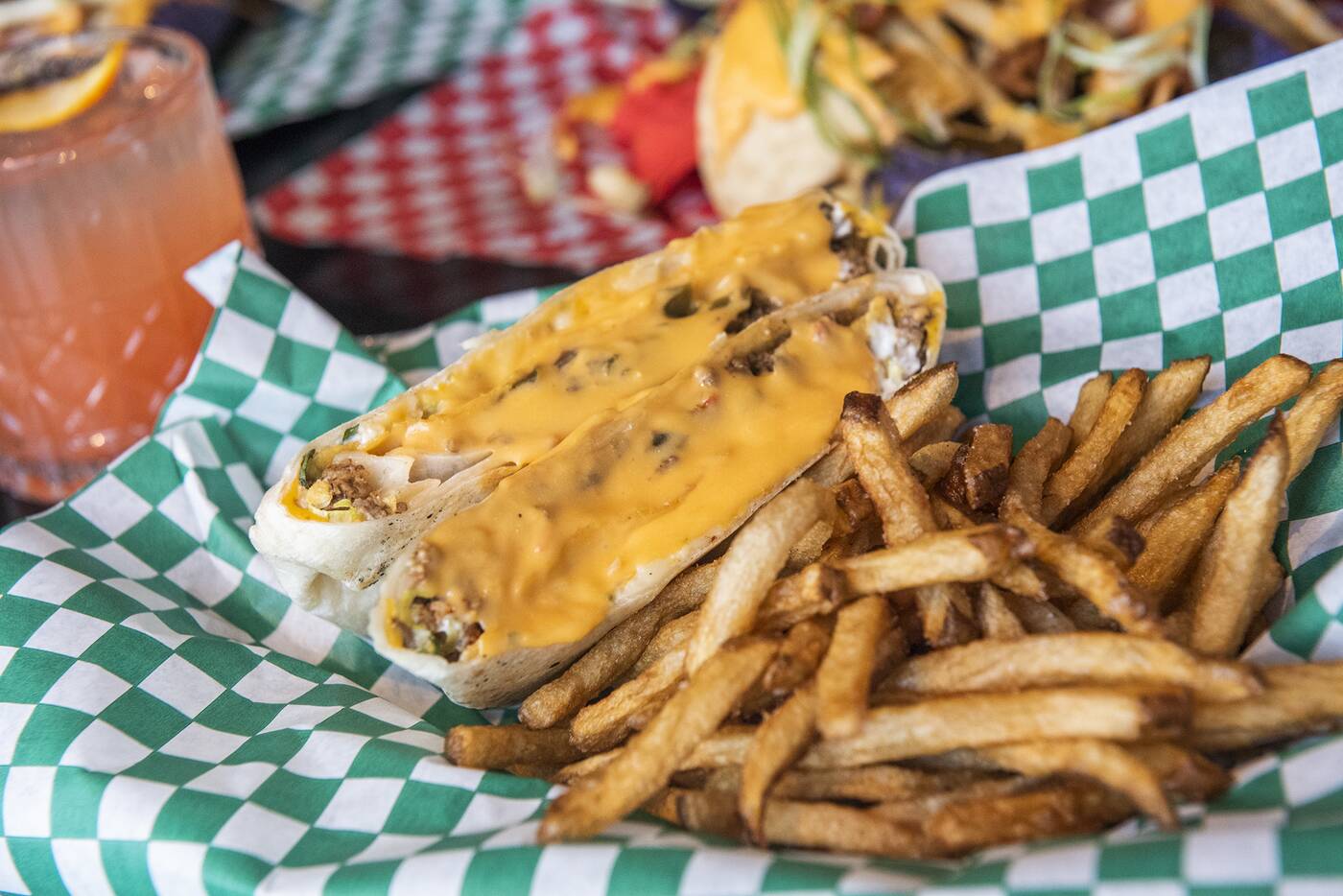 The crunch wrap ($11) is pretty much a cheesier, heftier version of the one from Taco Bell, so if the Bell is one of your guilty pleasures, this will be an easy sell. 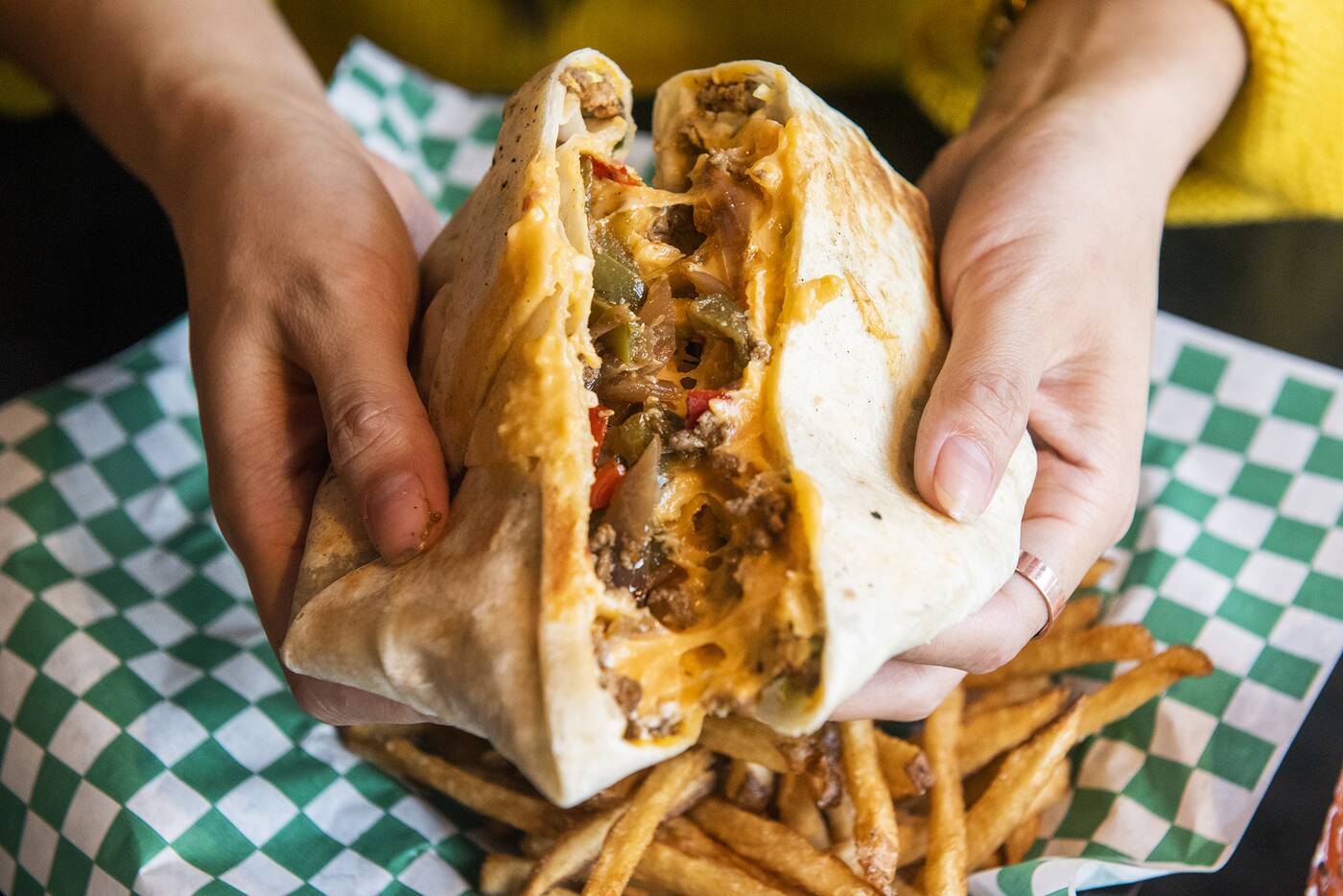 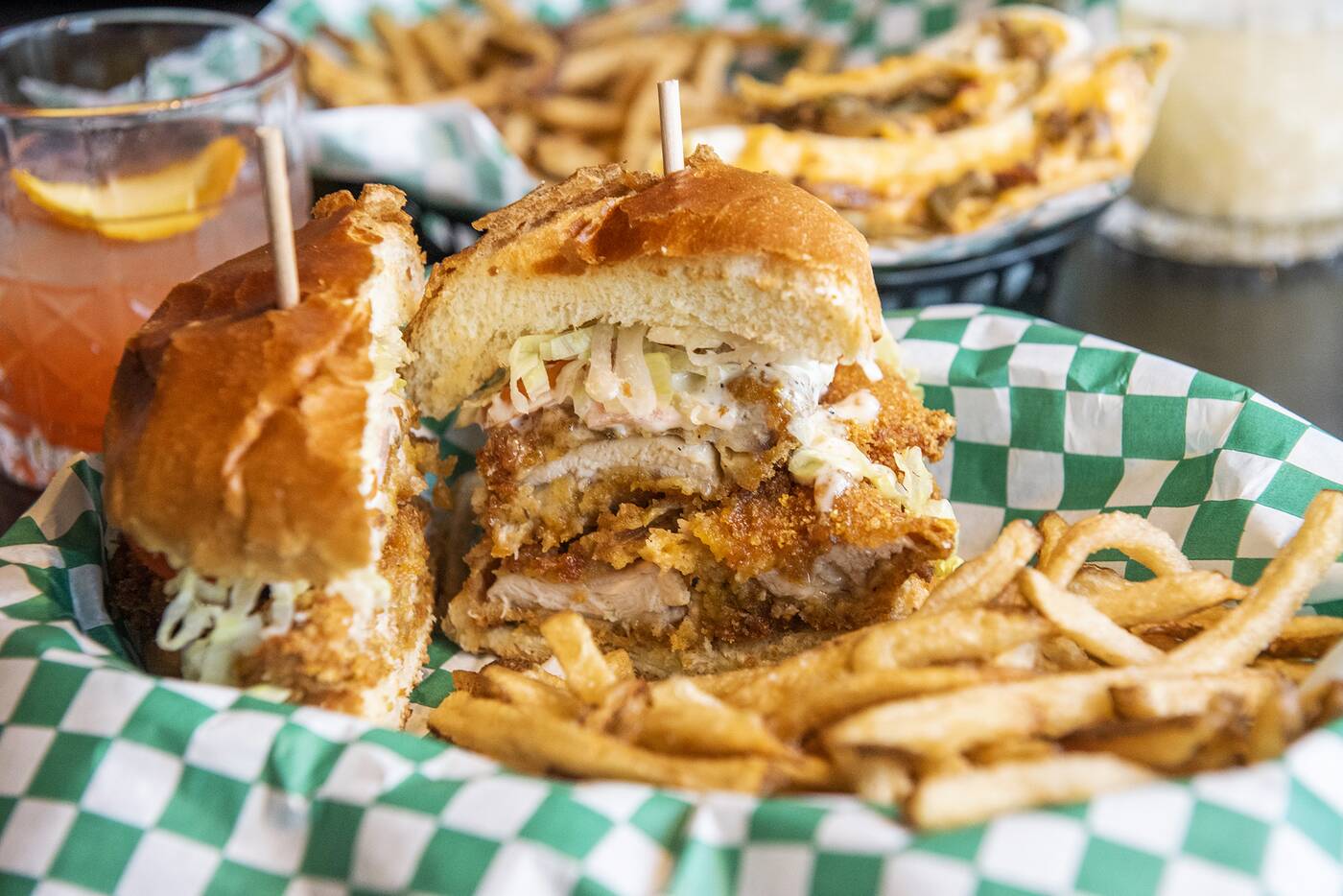 The star of the menu for me is the Cap'N Crunch Fried Chicken Sando ($12), a tasty fried chicken sandwich that takes a while to make but is decently priced for its size. 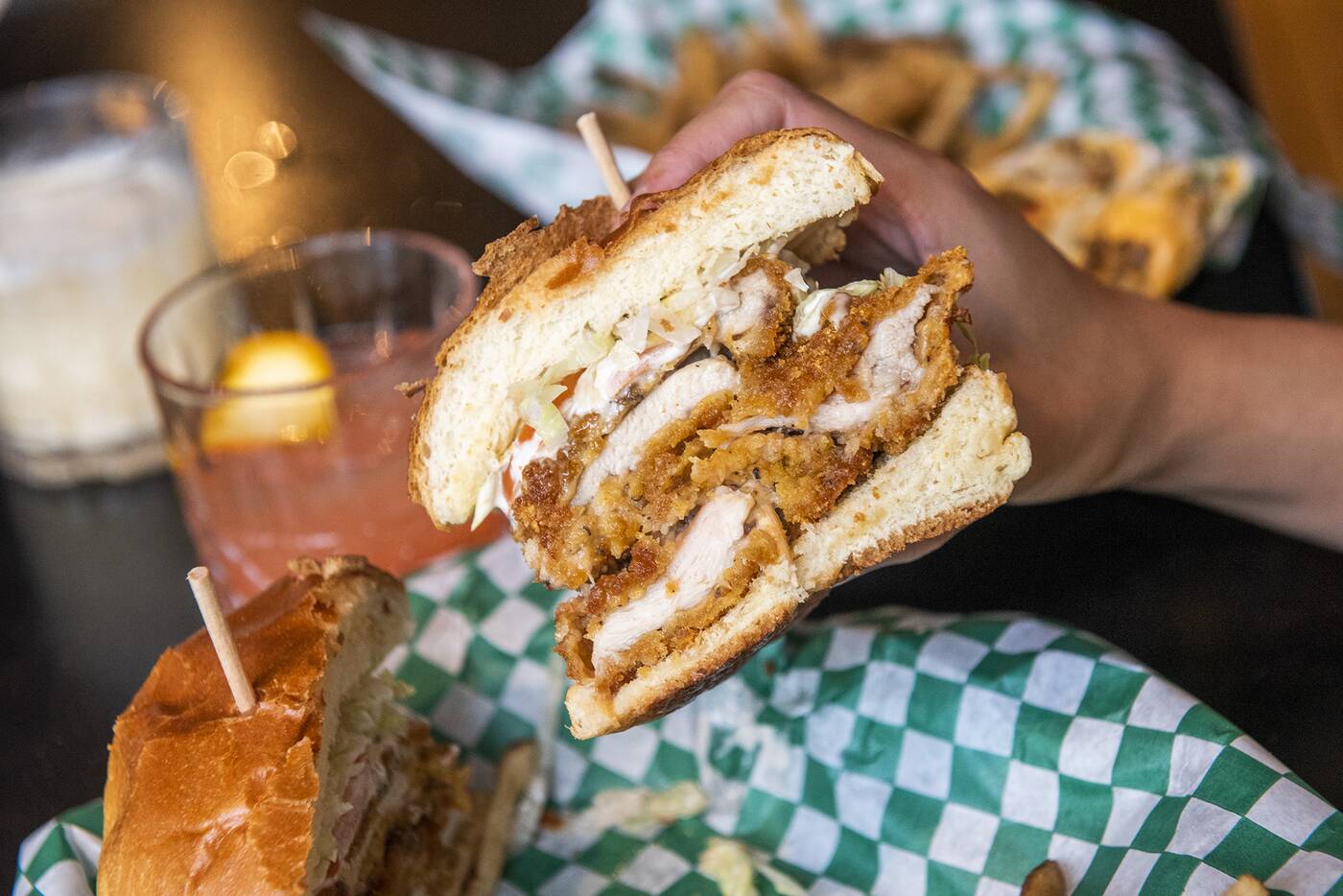 As its name suggests, the breading of the chicken actually uses bits of Captain Crunch cereal, which lends a surprisingly not-too-sweet yet interesting flavour to the sandwich. Inside is buttermilk ranch, and on the side, fries. 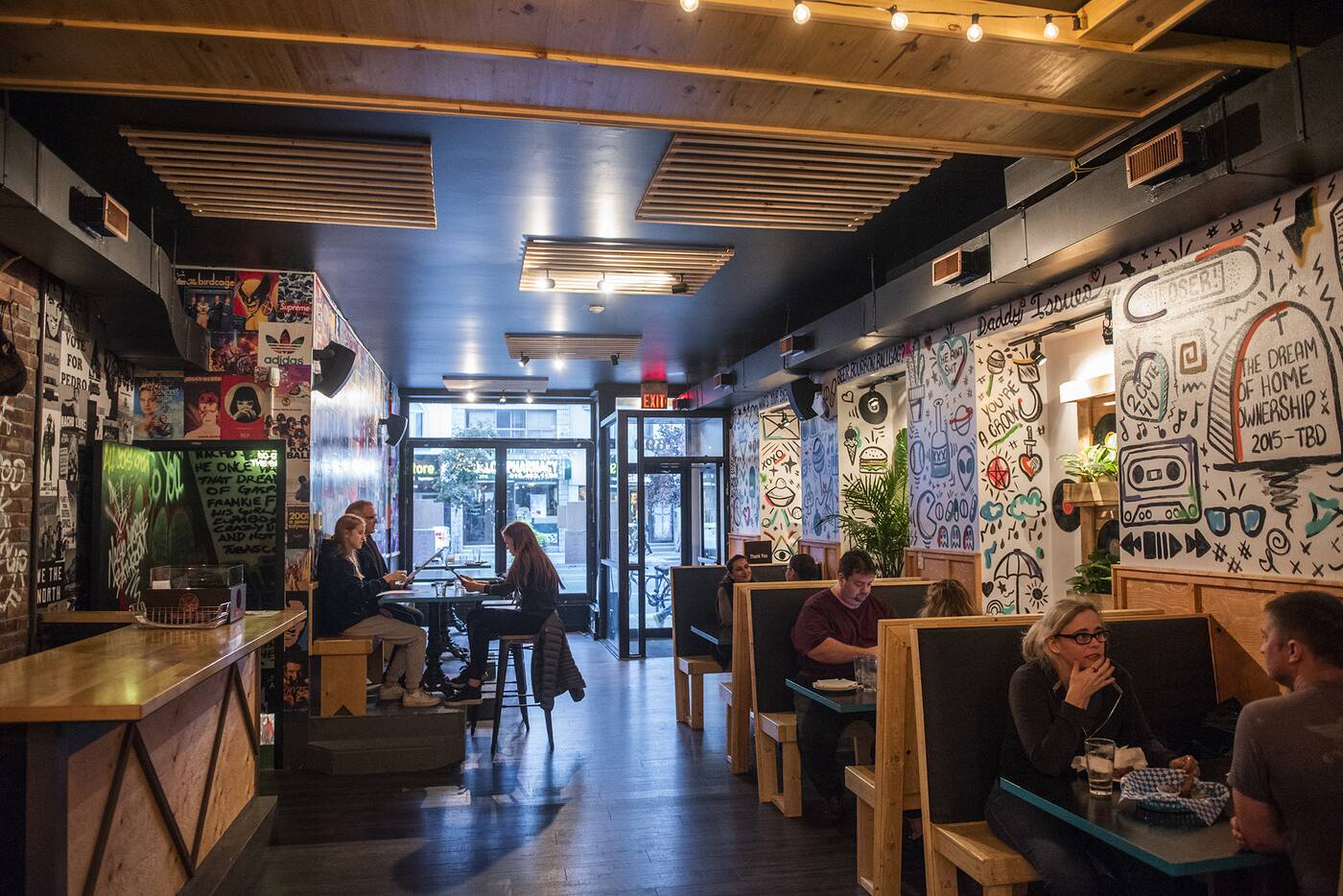 Nacho Bar is definitely the east-end's answer to a student-friendly party bar on, say, Queen or College Street: it's all about affordable cheesy eats to go with a menu of shots and beer on tap. Just remember, kids, don't get so drunk that you forget you're 'not' supposed to do drugs downstairs. 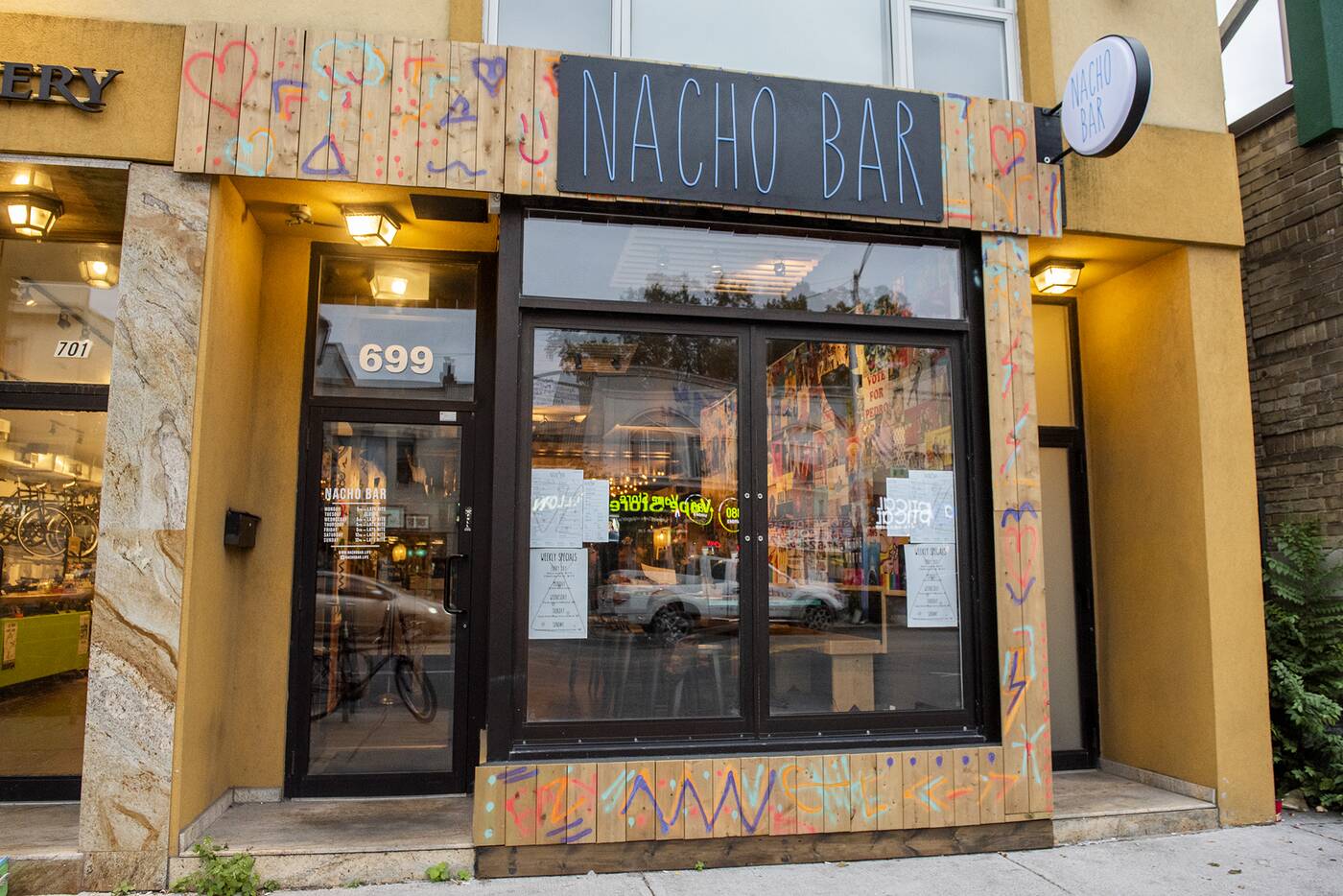