Gerry's is all about food on the fly serving Jamaican dishes like roti, oxtail and stew chicken for takeout. Bread puddings and custom cakes are also made fresh and kept behind the counter.

The fast food spot has been part of St. Clair West for over 40 years and was originally opened by Gerald (Gerry) and Millicent Wong.

They owned a supermarket in Montego Bay for several years before moving to Toronto in 1976 and were inspired by Gerry's brother (owner of one of the first patty shops in Toronto: Rap's) to open here. 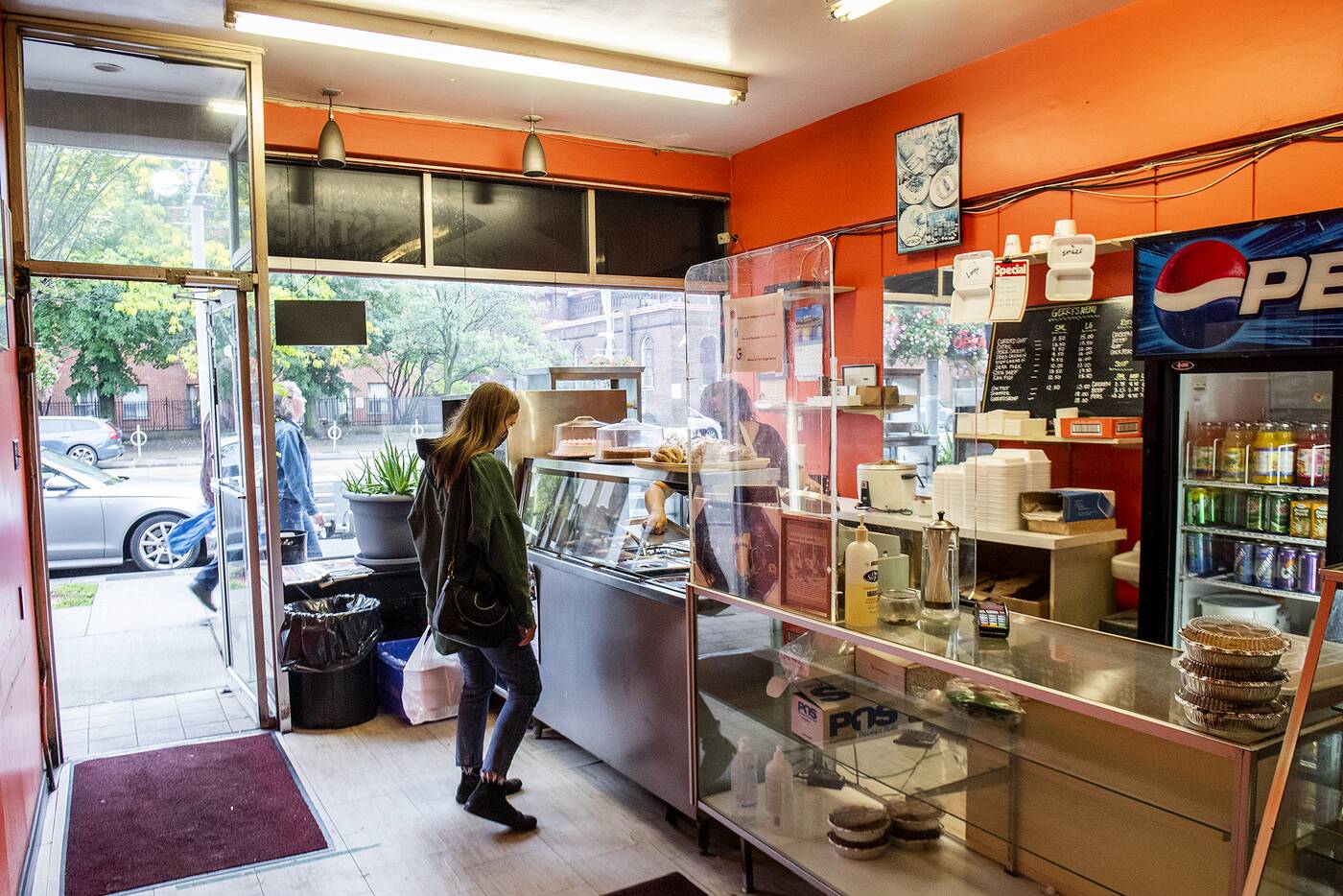 Even in the late '70s, the restaurant wasn't all that different. The menu, and all of its recipes, have gone unchanged. Only back then, Millicent was doing the cooking and Gerry the baking, with cake orders filling up the entire place every Christmas. 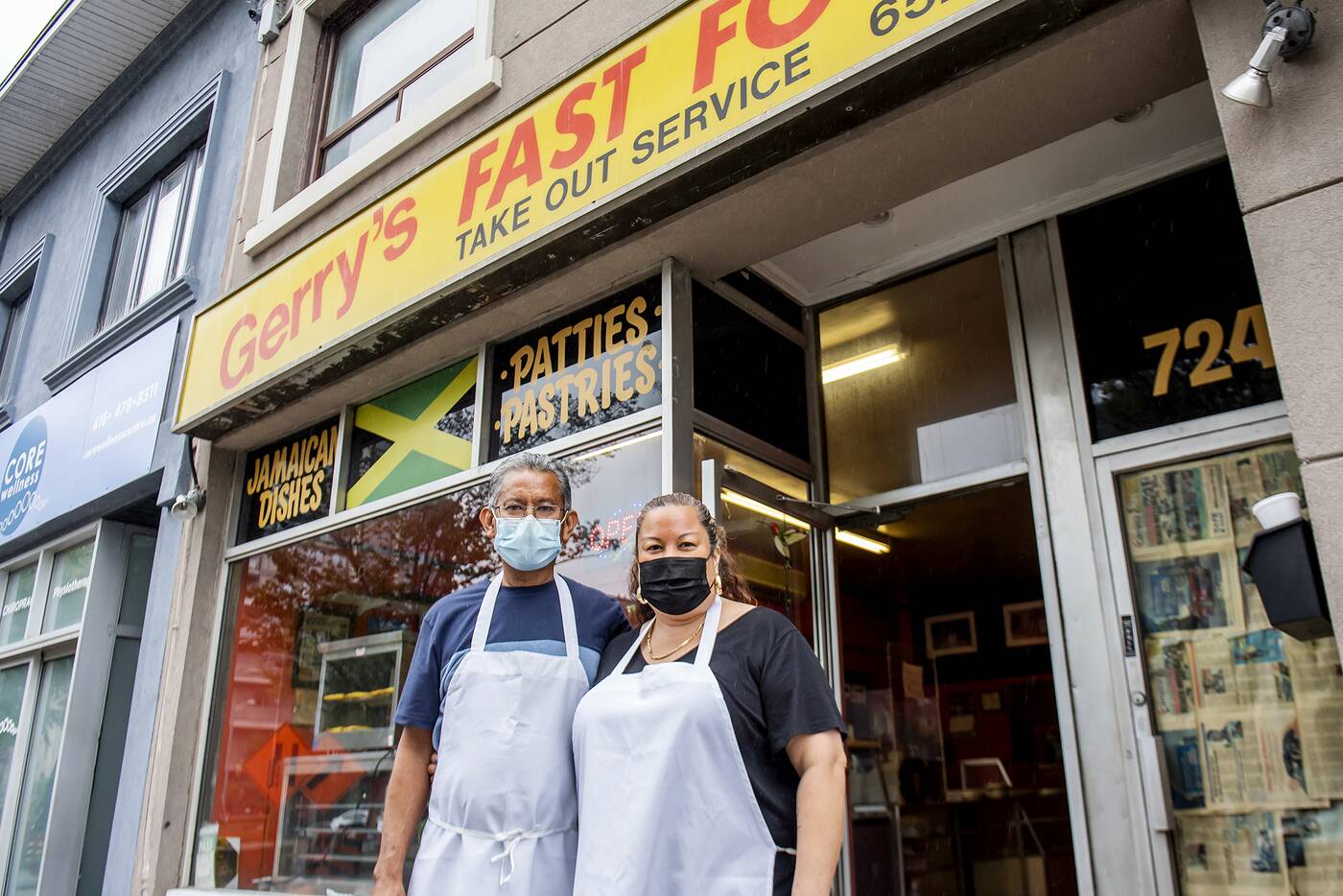 Their kids Donovan and Andrea Wong took over the business about 15 years ago when Millicent passed away and Gerry was battling Alzheimer's. The brother-sister pair continue to keep up the legacy with their dad gone now as well. 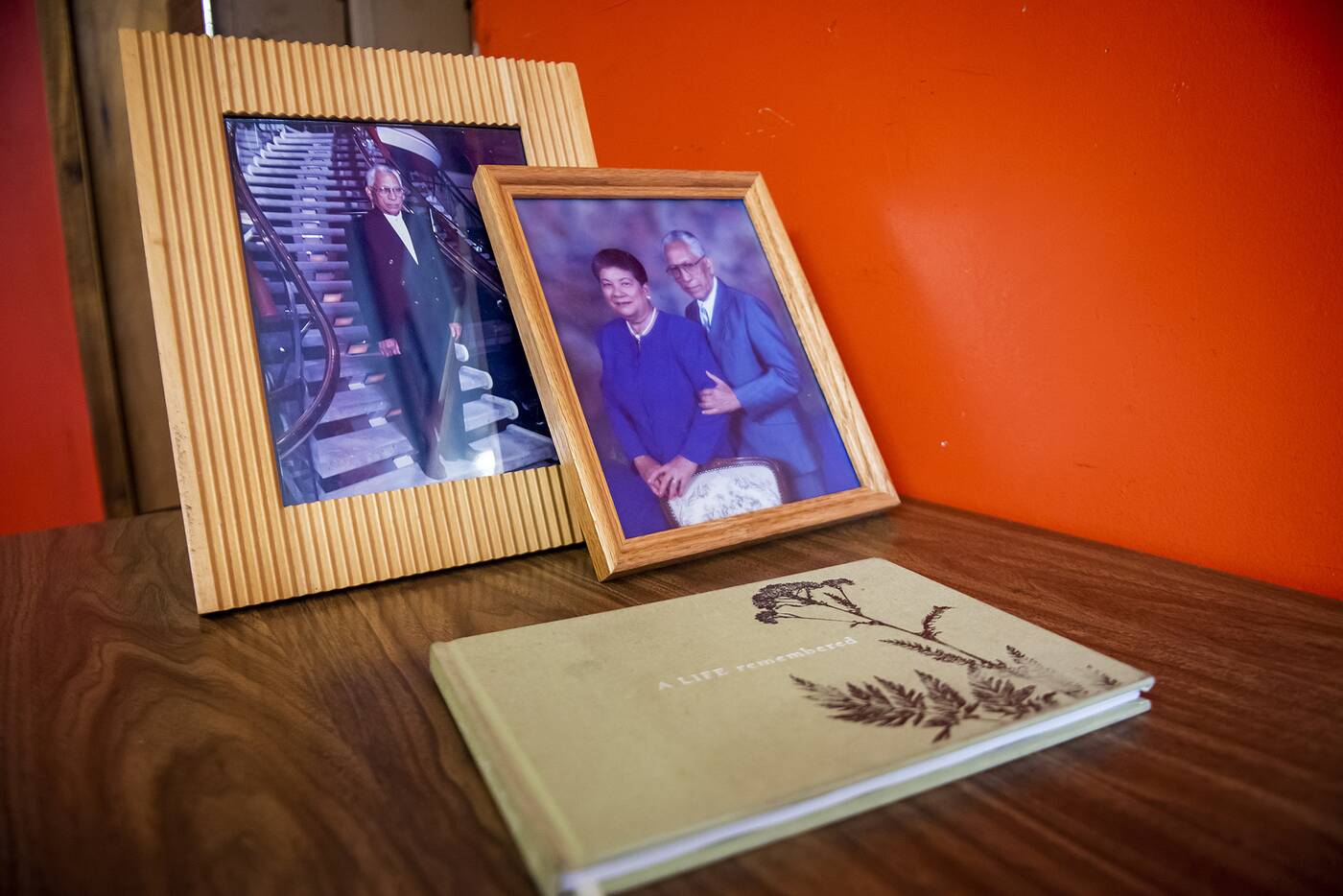 Both of them each bear quite a resemblance to their parents showed in plenty of framed photographs kept around the shop – though they can't see it. 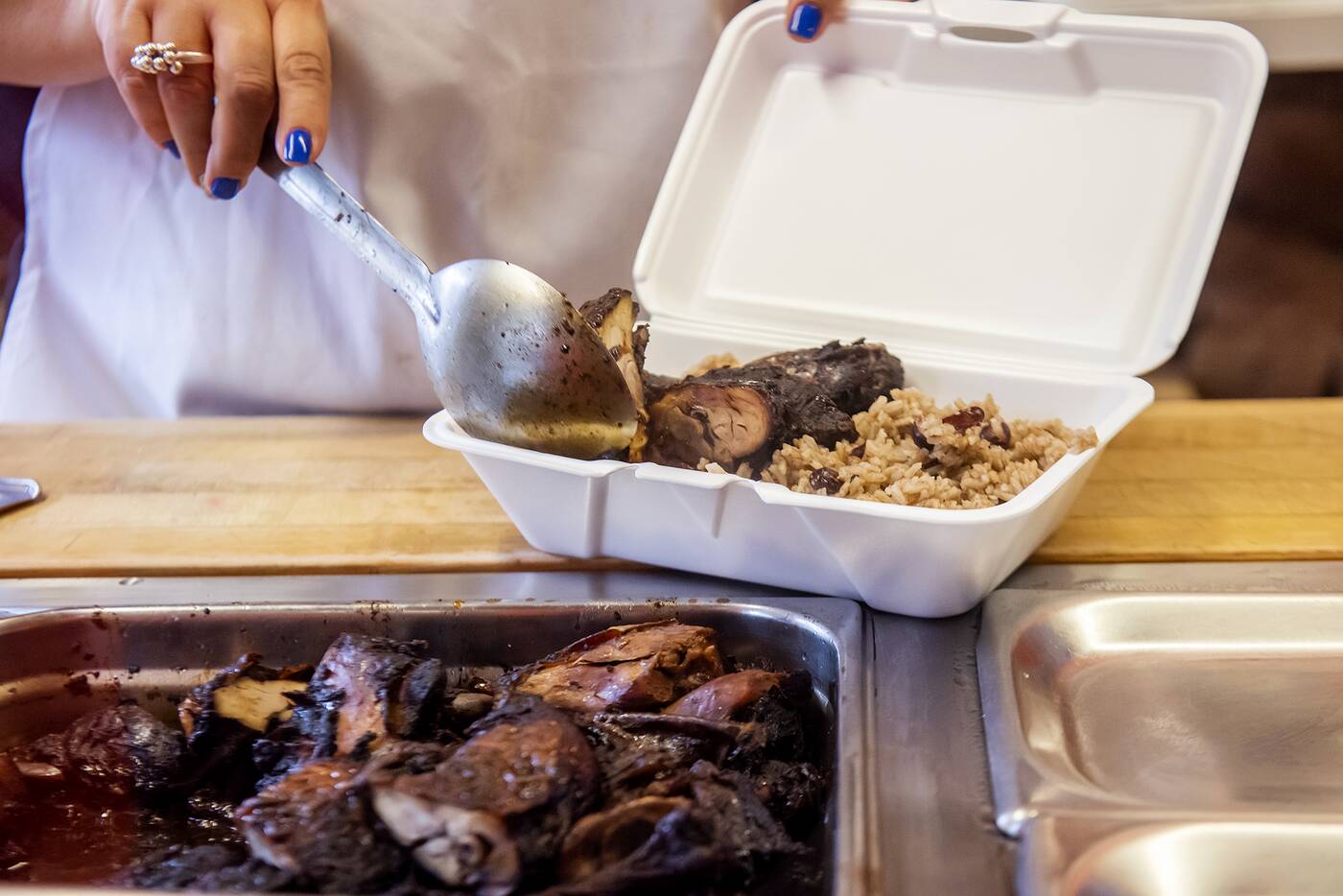 A consistent flow of customers pop in for a late lunch while we're visiting, each ordering from the steaming offerings behind the counter. Every takeout meal comes with a side of rice and peas and your choice between coleslaw or steamed veggies. 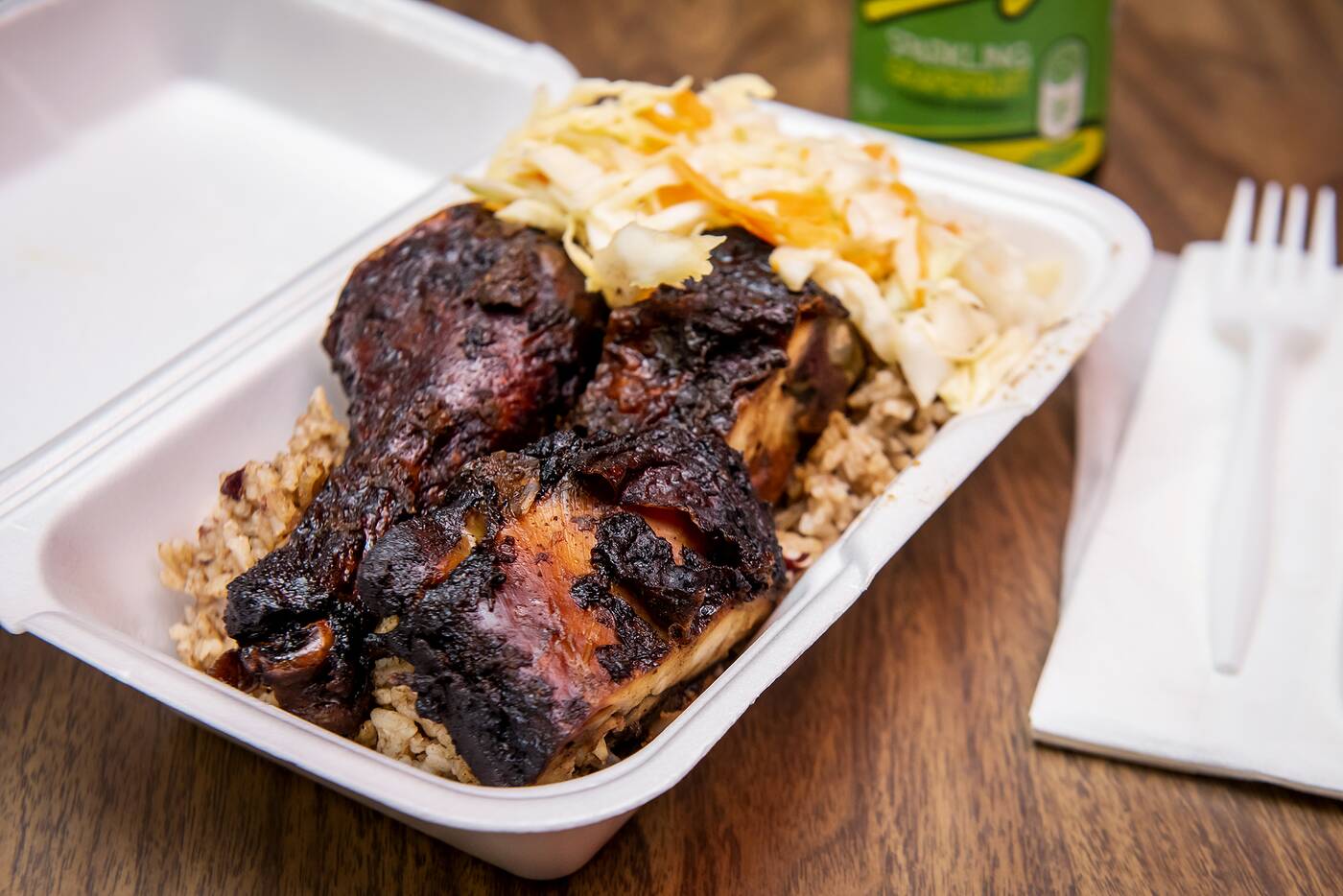 Most of the dishes including the jerk chicken (small: $9.50, large: $12) are made just how their mom used to do it. The chicken is nicely seasoned and carries the right amount of heat that you'd want in a jerk. 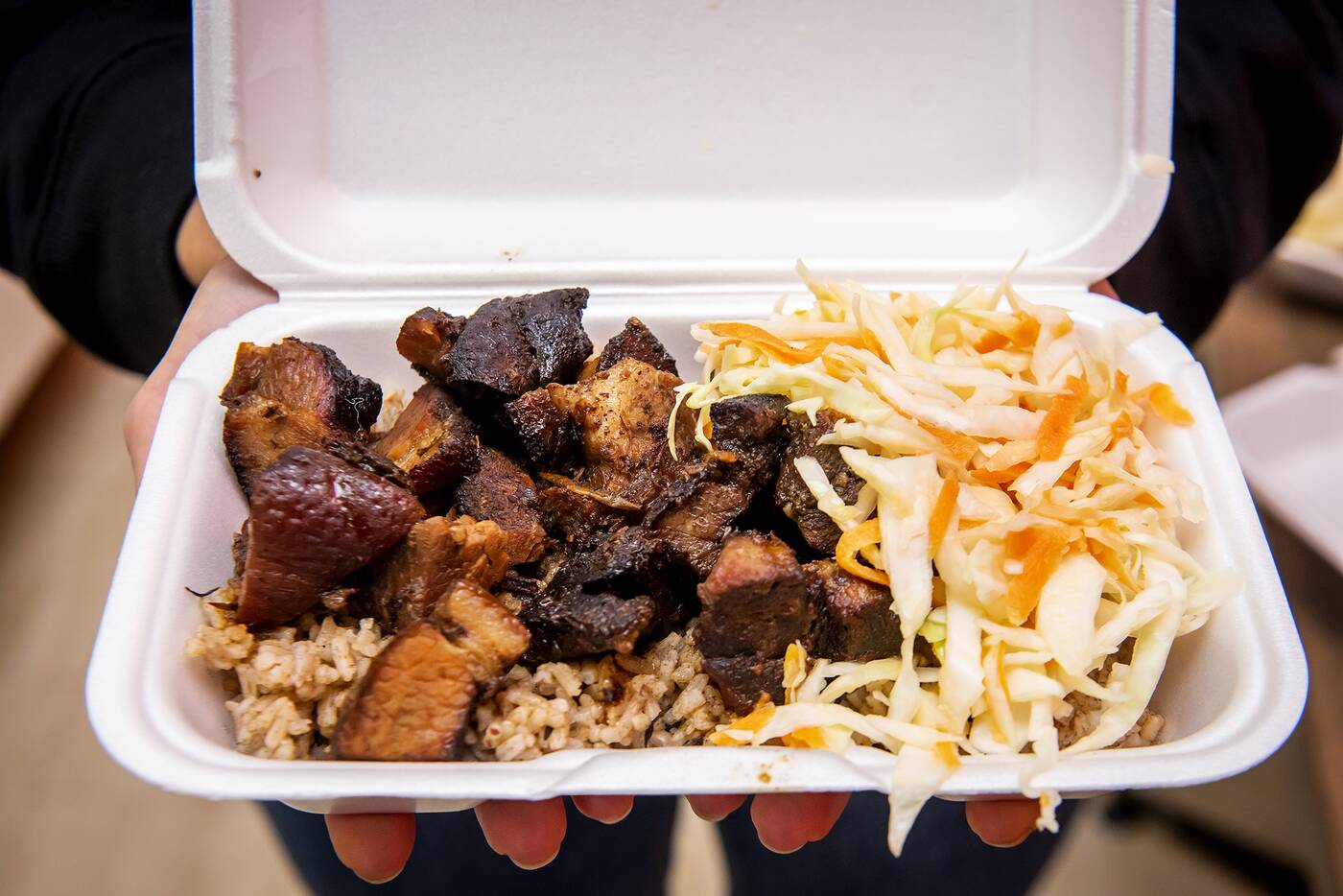 There's also jerk pork (small: $10, large: $13) available, which is an option I haven't seen at too many other Jamaican spots around the city. 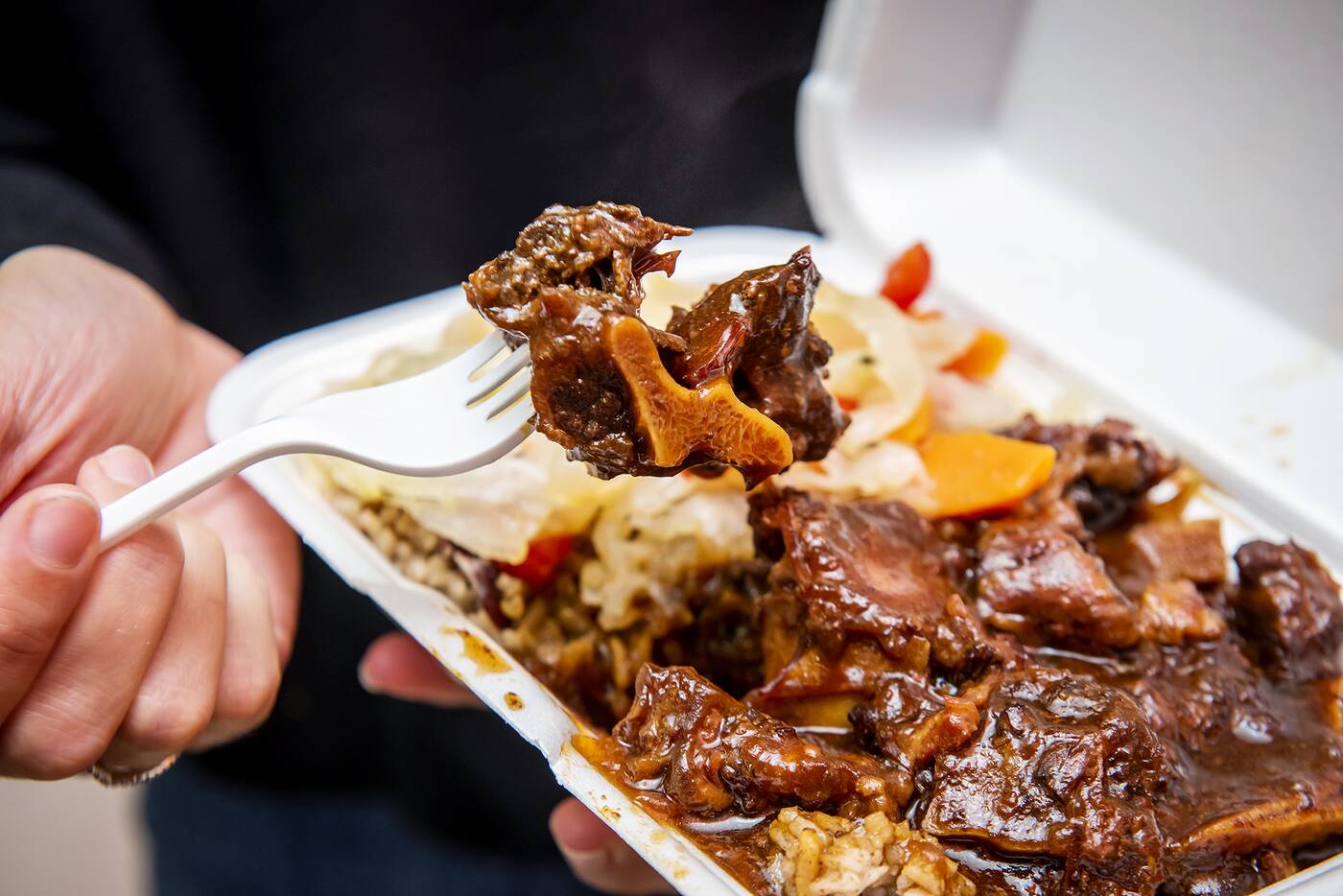 The oxtail (small: $13.50, large: $17.50) is another one of the fastest sellers and comes covered in a richly flavourful gravy. 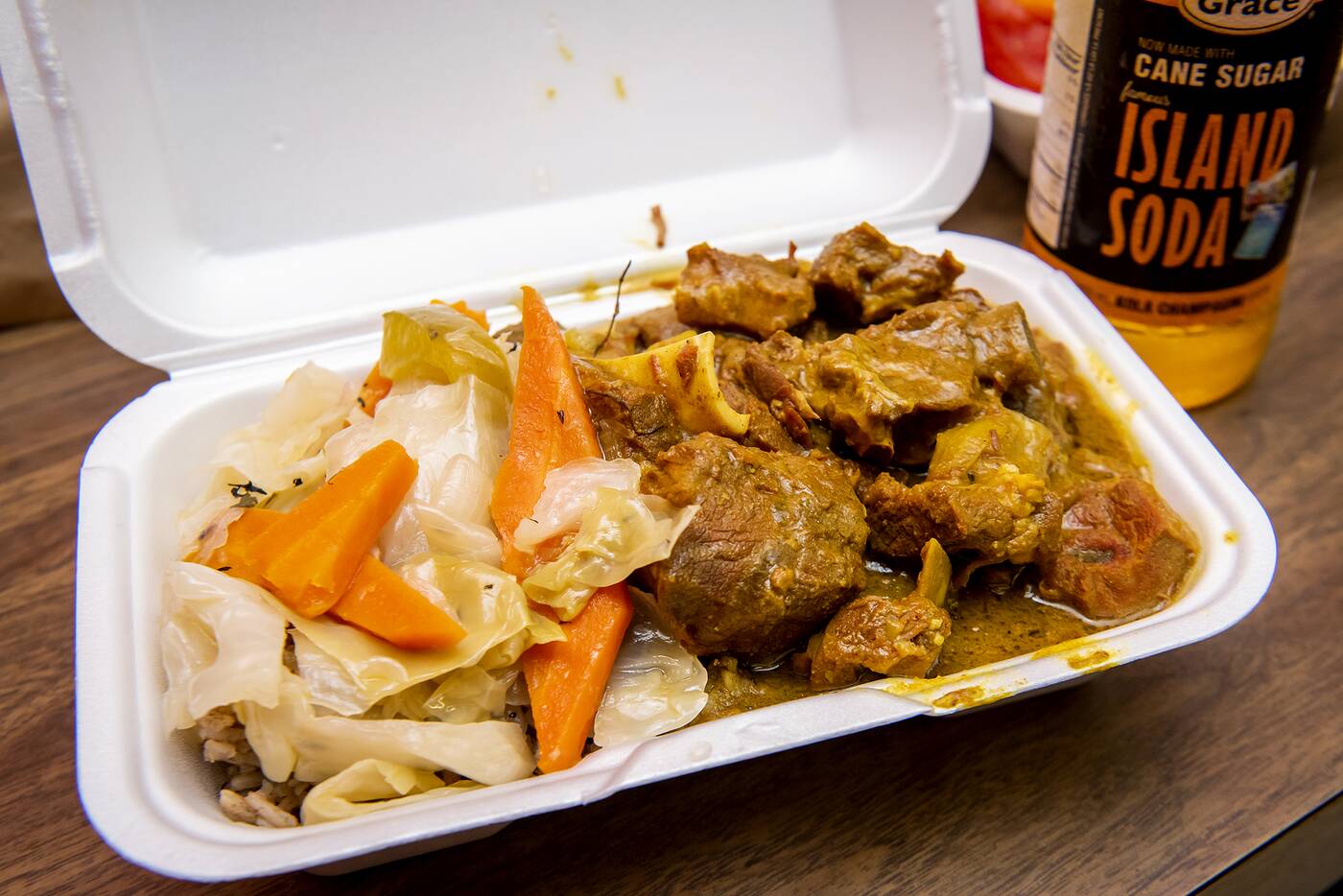 A combination of seasonings goes into the stewed chicken (small: $9.50, large: $12) and cooks slowly, which makes for a wonderfully thick gravy that's also full of flavour. 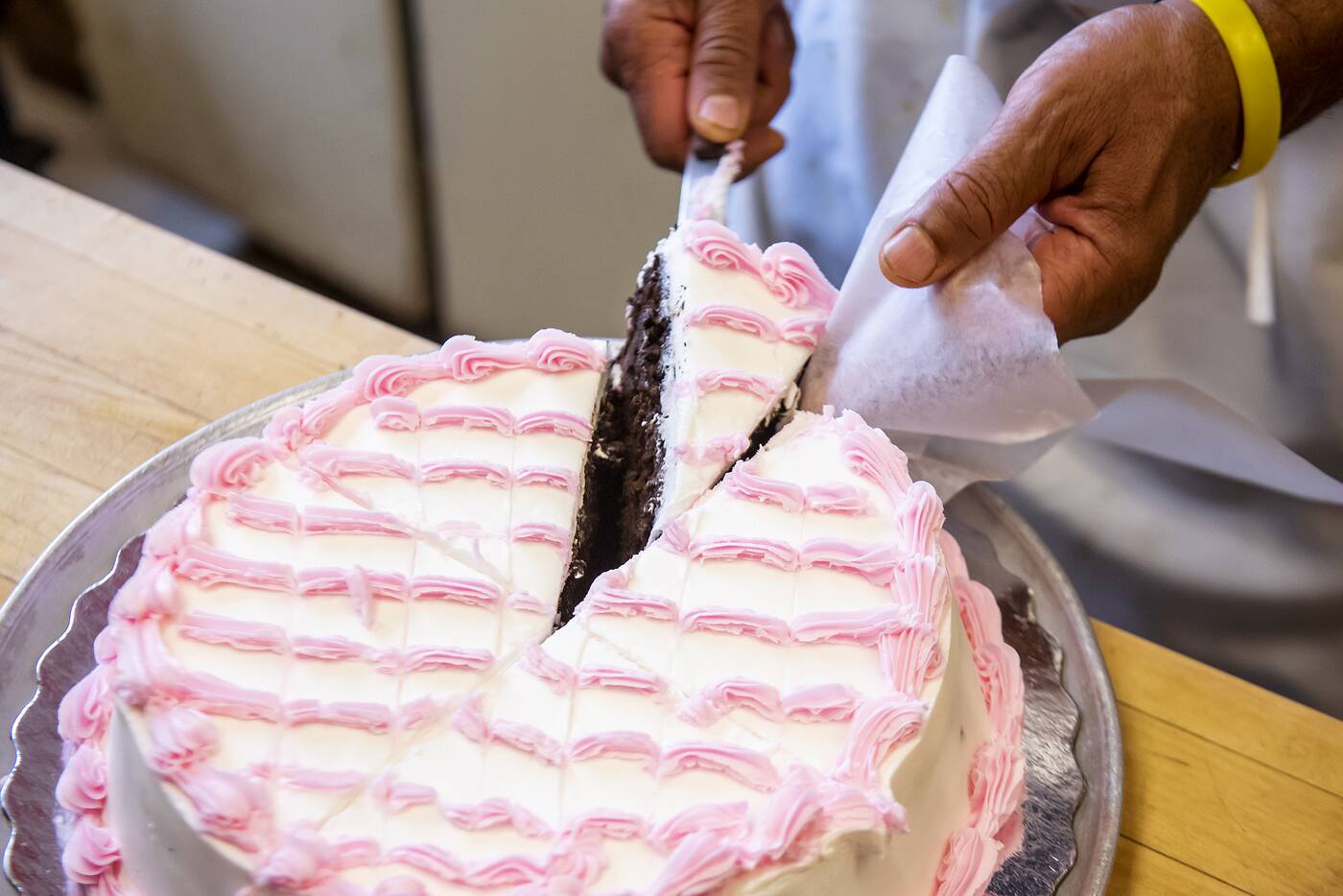 Dessert is just as sacred as the main course here, and so it'd be a shame to leave without a slice of Jamaican rum cake. Also called black cake for its colour, this one is the most popular during the Christmas holidays. 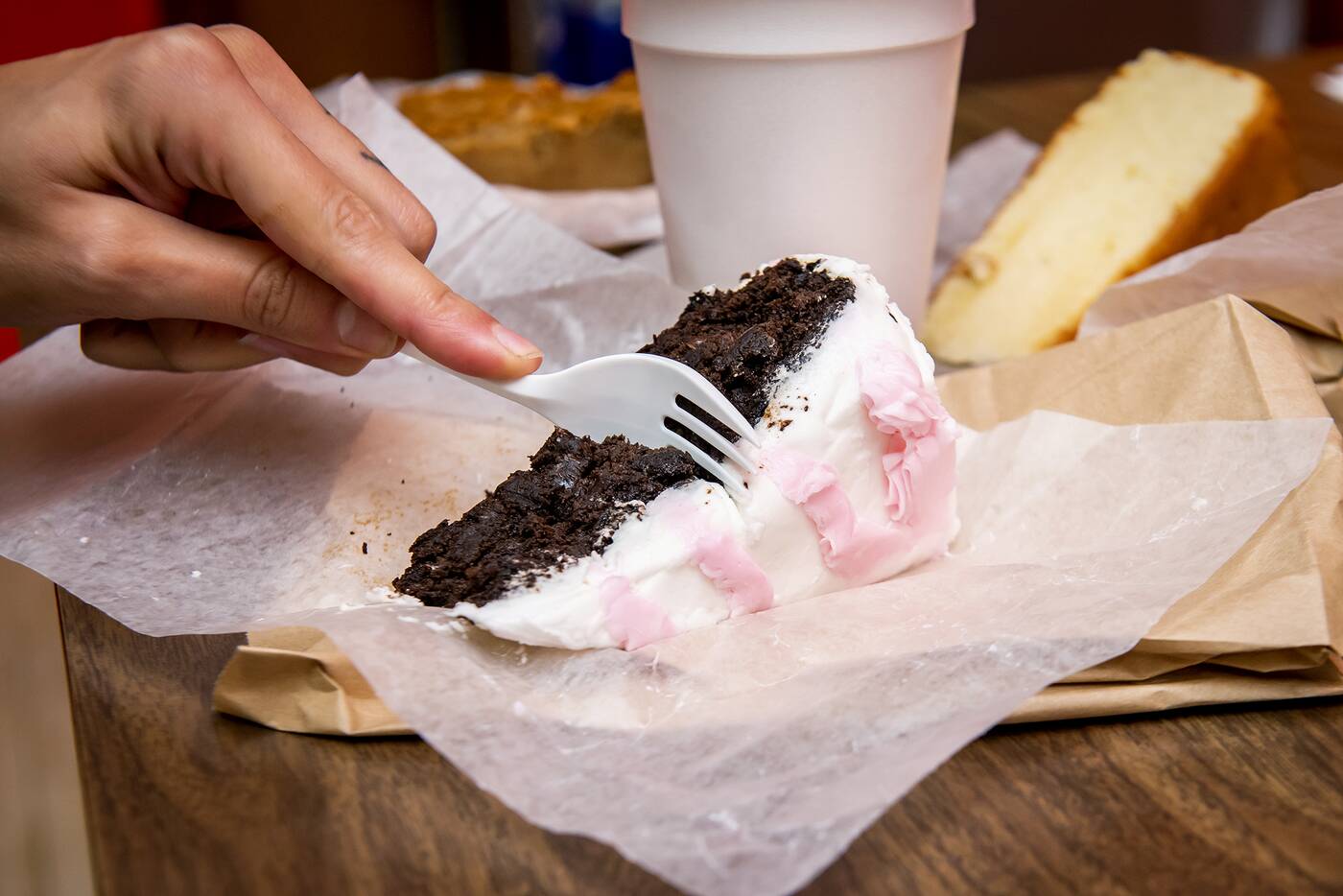 I'm told the key to delicious rum cake is the marination process. They start soaking dried fruits right after Christmas, which is why the taste of rum comes through so strongly in every bite. 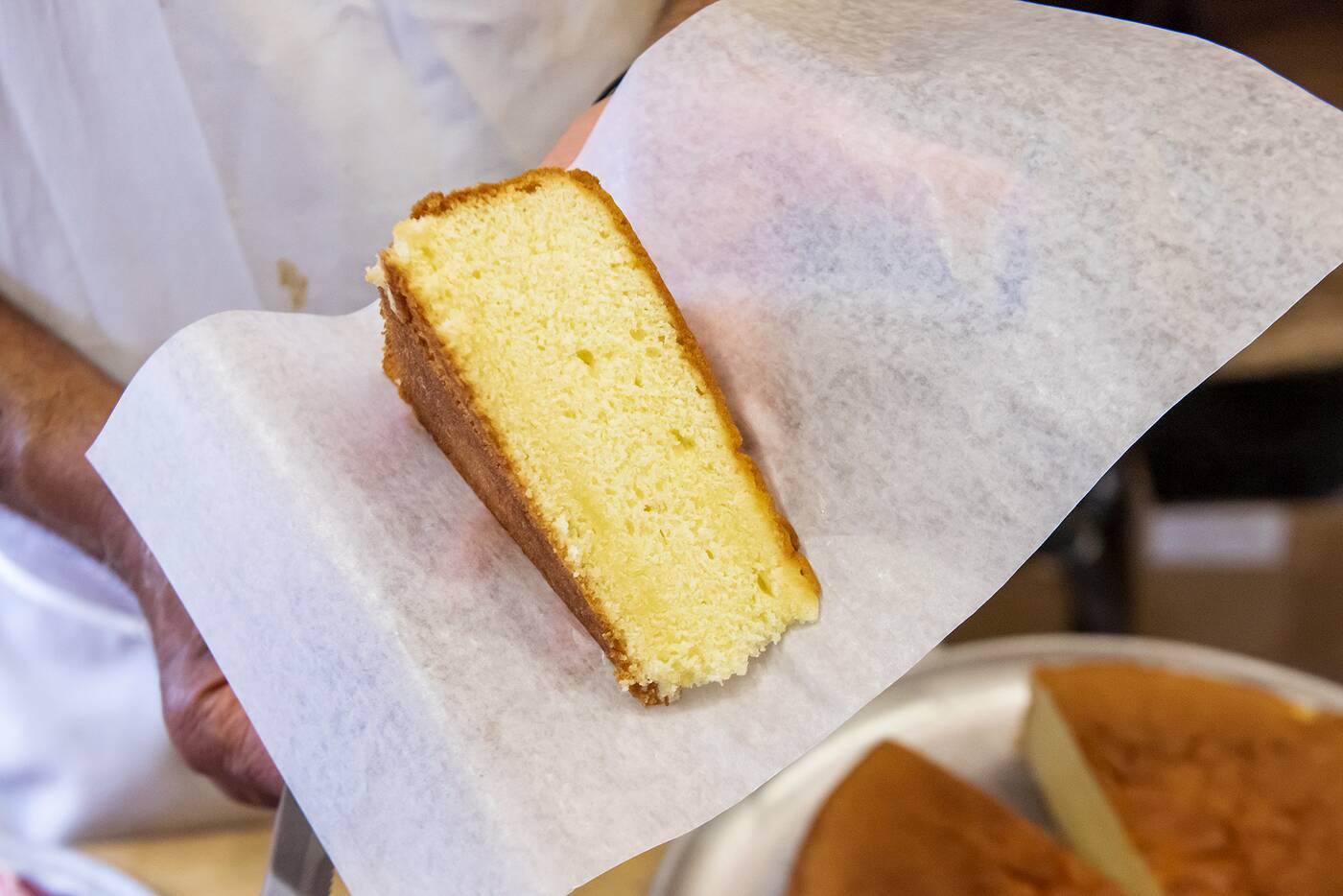 The vanilla cake is one of their dad's old specialties – he used to make it for every one of their birthdays growing up. Its plain flavour gives focus to the spongey, moist texture. 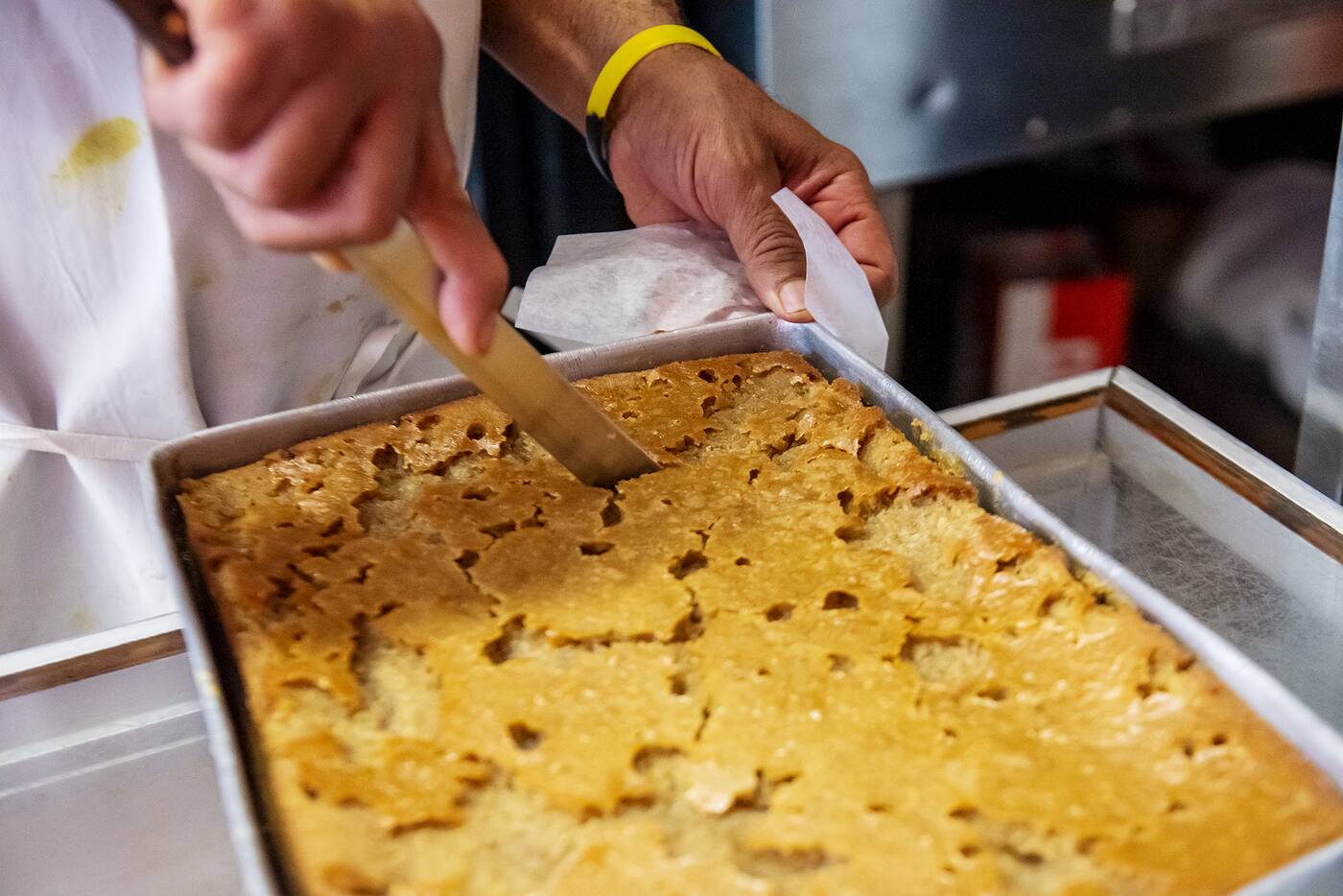 Homemade sweet potato pudding made with Jamaican sweet potato takes the cake when it comes to my favourite sweet treat. A corner piece means hard, crispy edges around a soft and chewy middle. 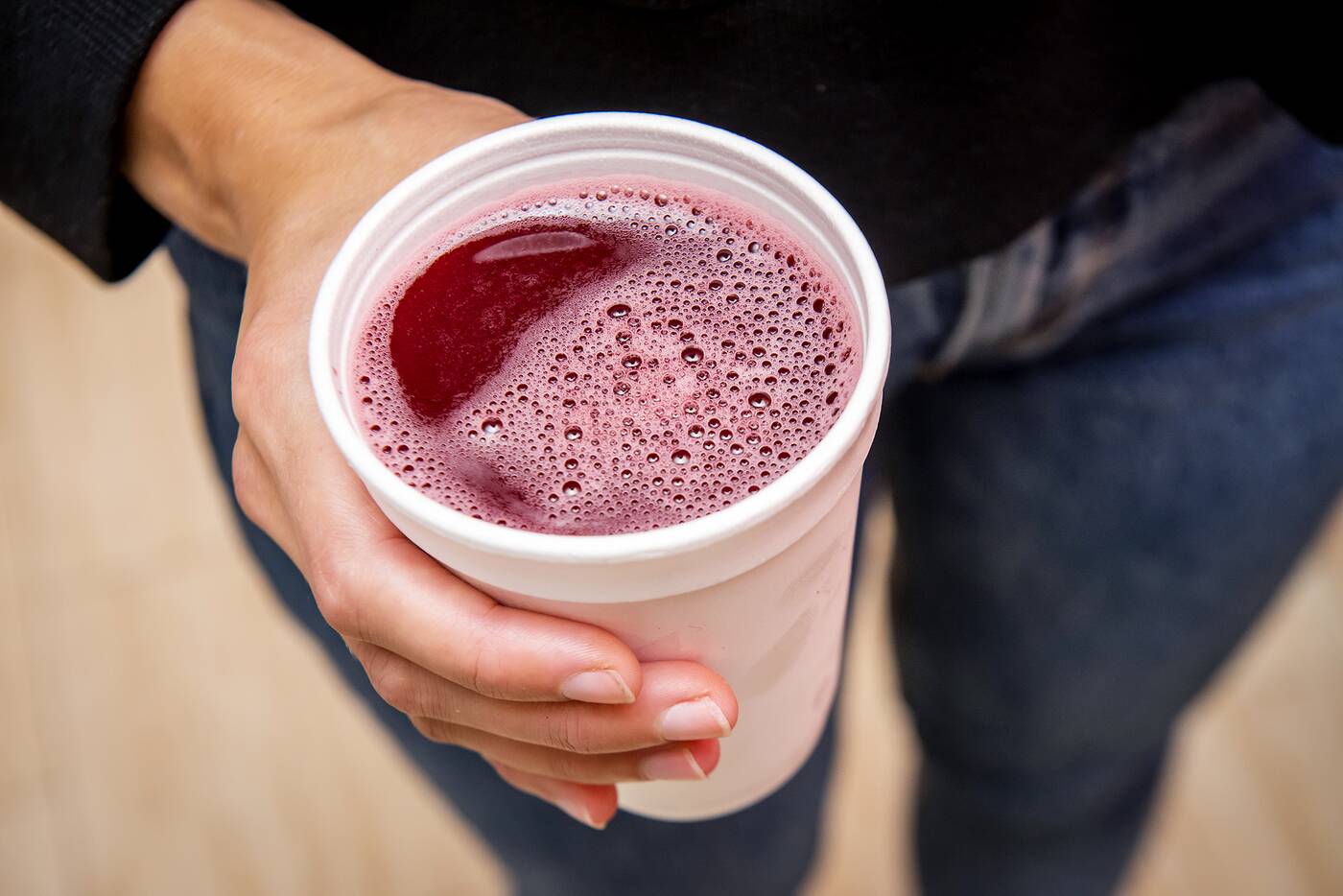 Sorrel ($3, with rum: $3.50) made in-house is just the thing to guzzle alongside your food order. It takes about four days to make, boiling dried sorrel petals in with cinnamon, ginger and other spices. 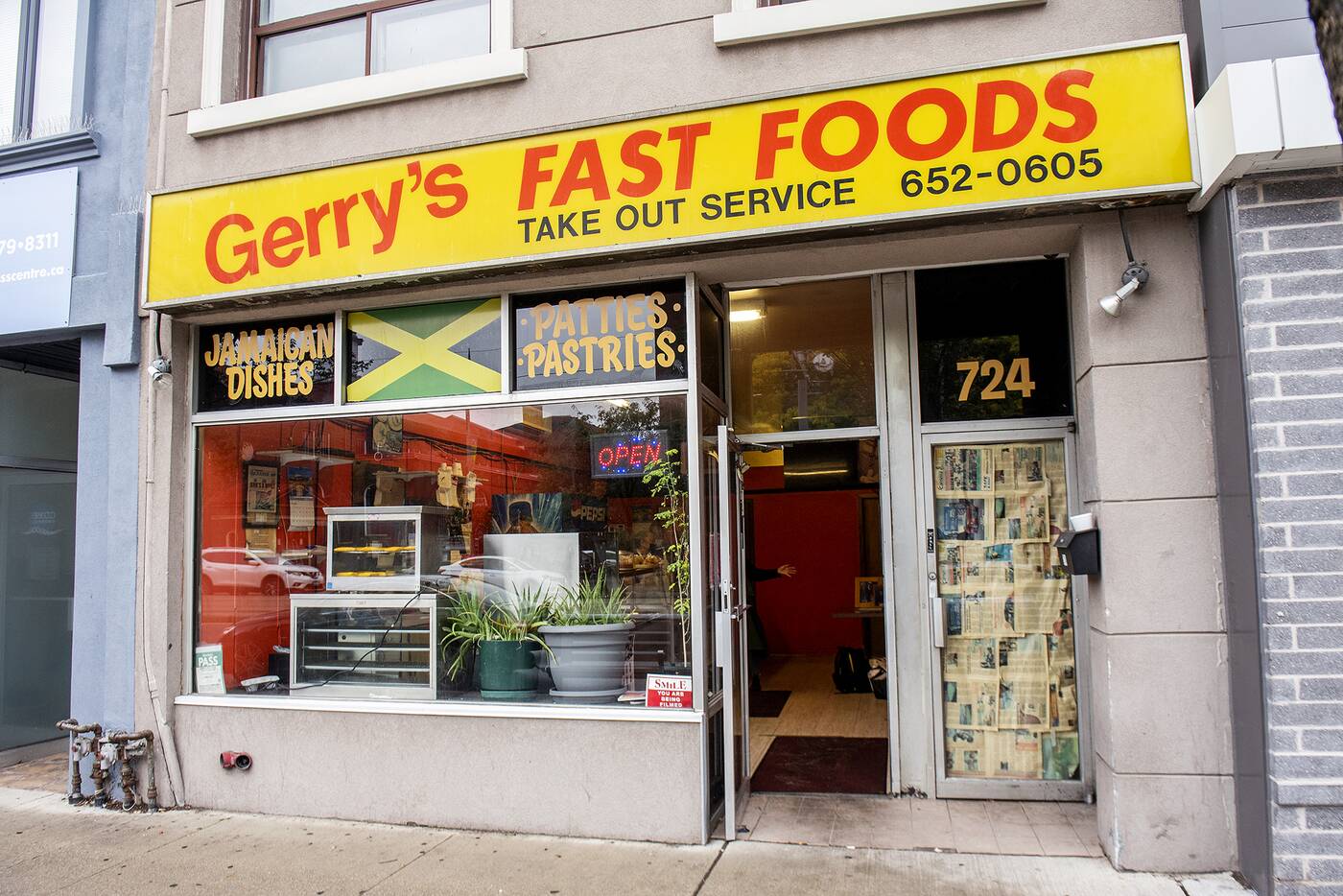