Street Kitchen by Basil Box is open for takeout and delivery.

Street Kitchen is a sister concept to the local Basil Box chain, which expanded to 17 outposts across Toronto and the GTA, Ottawa, Vancouver, Burnaby, Calgary and Edmonton in a matter of seven years.

Street Kitchen was born during the early months of the pandemic after Basil Box founder Peter Chiu was forced to temporarily lay off all of his 200 staff members.

A handful of them was recalled in the summer of 2020, and that was when Chiu, chef Solomon Toh, also known as chef Solo, and a few other team members set out to put their Southeast Asian spin on familiar Canadian comfort foods. 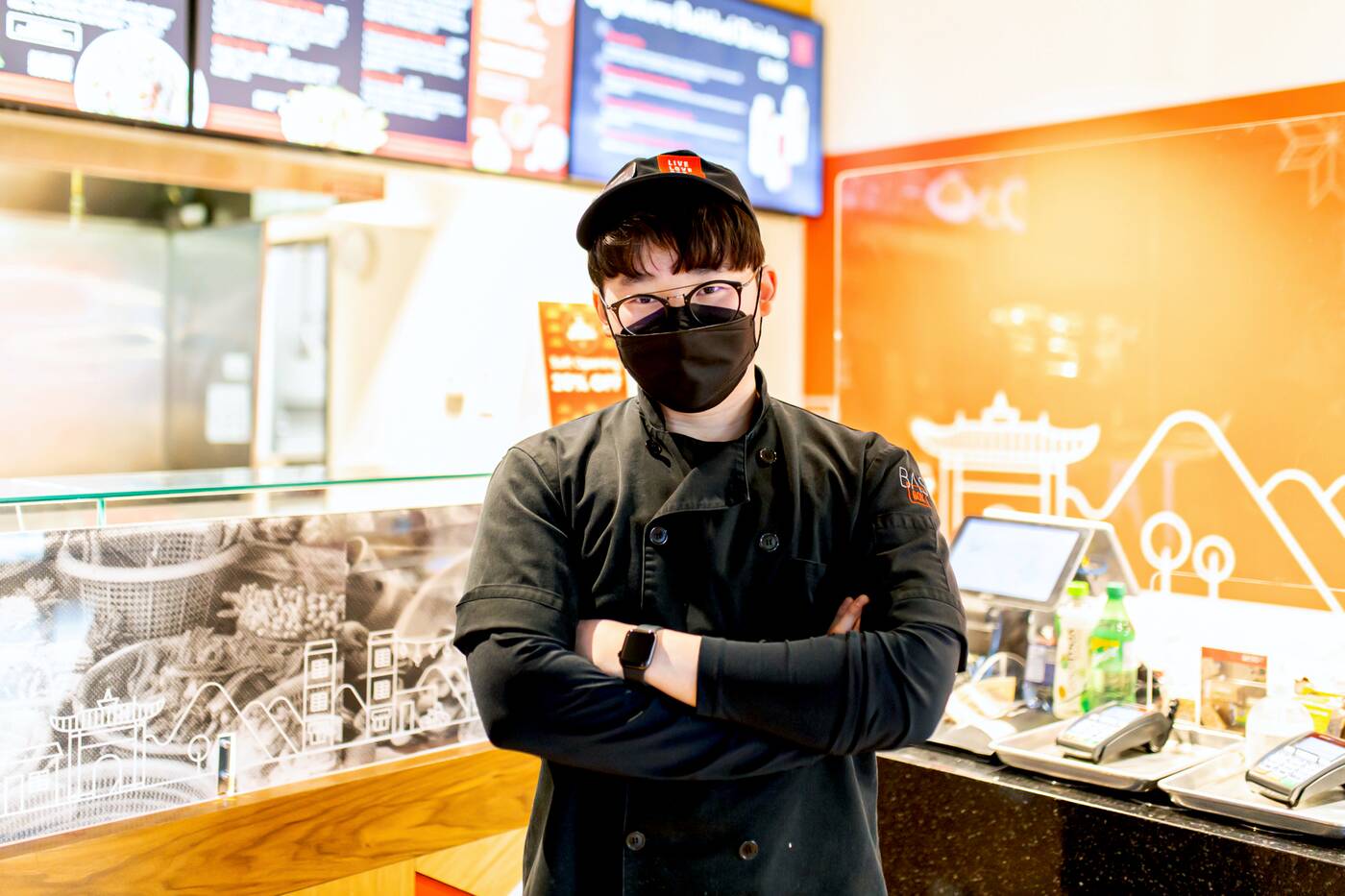 These new creations were sold out of a food truck at the Street Eats outdoor festival where their mac and cheese placed first in the 2020 Toronto Mac & Cheese Festival. The Thai doubled fried chicken also won the Fried Chicken Festival that same year. 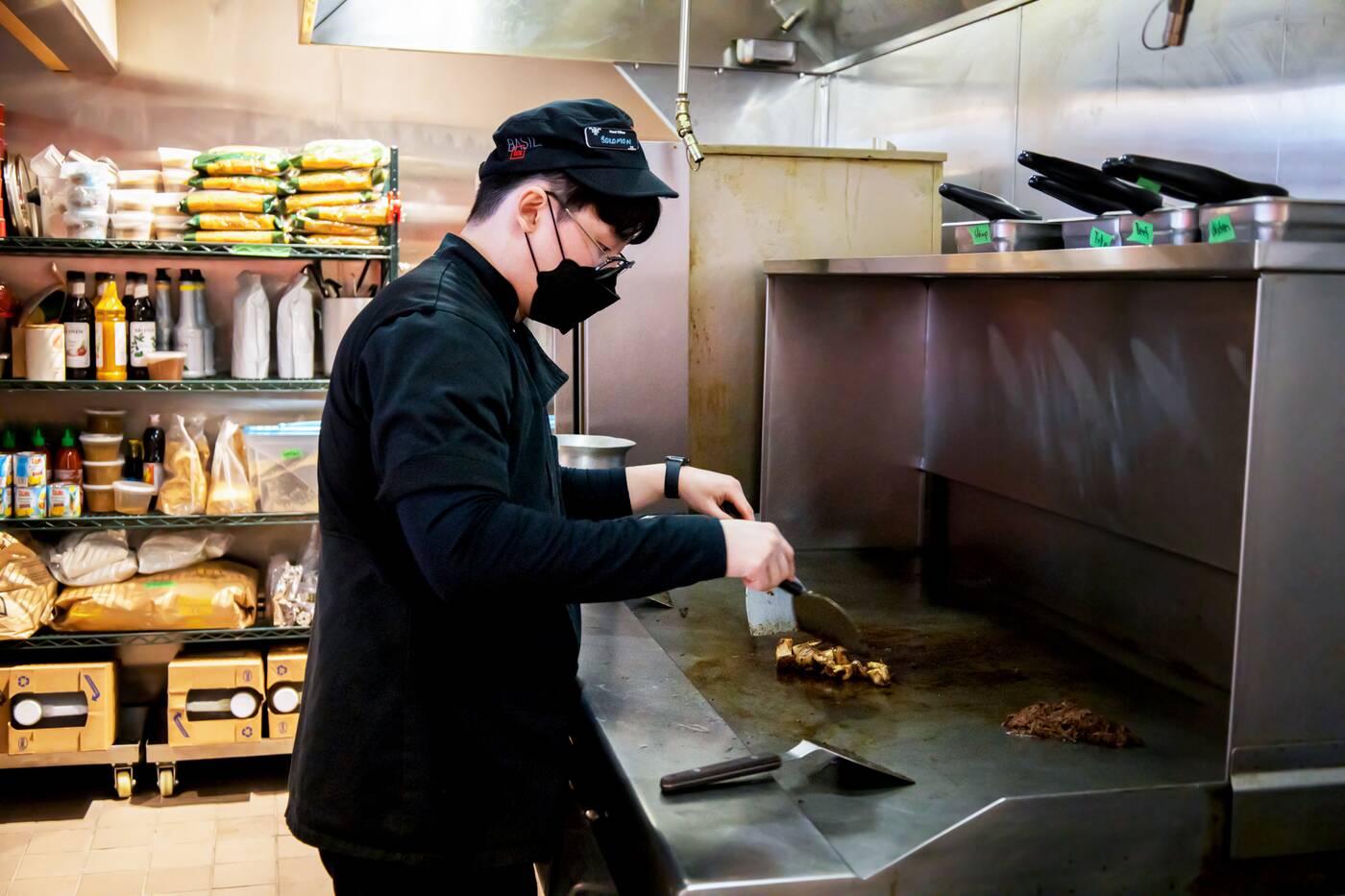 Besides the truck, the new menu could only be found at a few select Basil Box locations in Toronto before the first standalone Street Kitchen opened just outside the Sheppard-Yonge subway station.

It's no surprise that the award-winning satay mac & cheese with Malaysian braised beef ($13.15) is one of the biggest sellers. 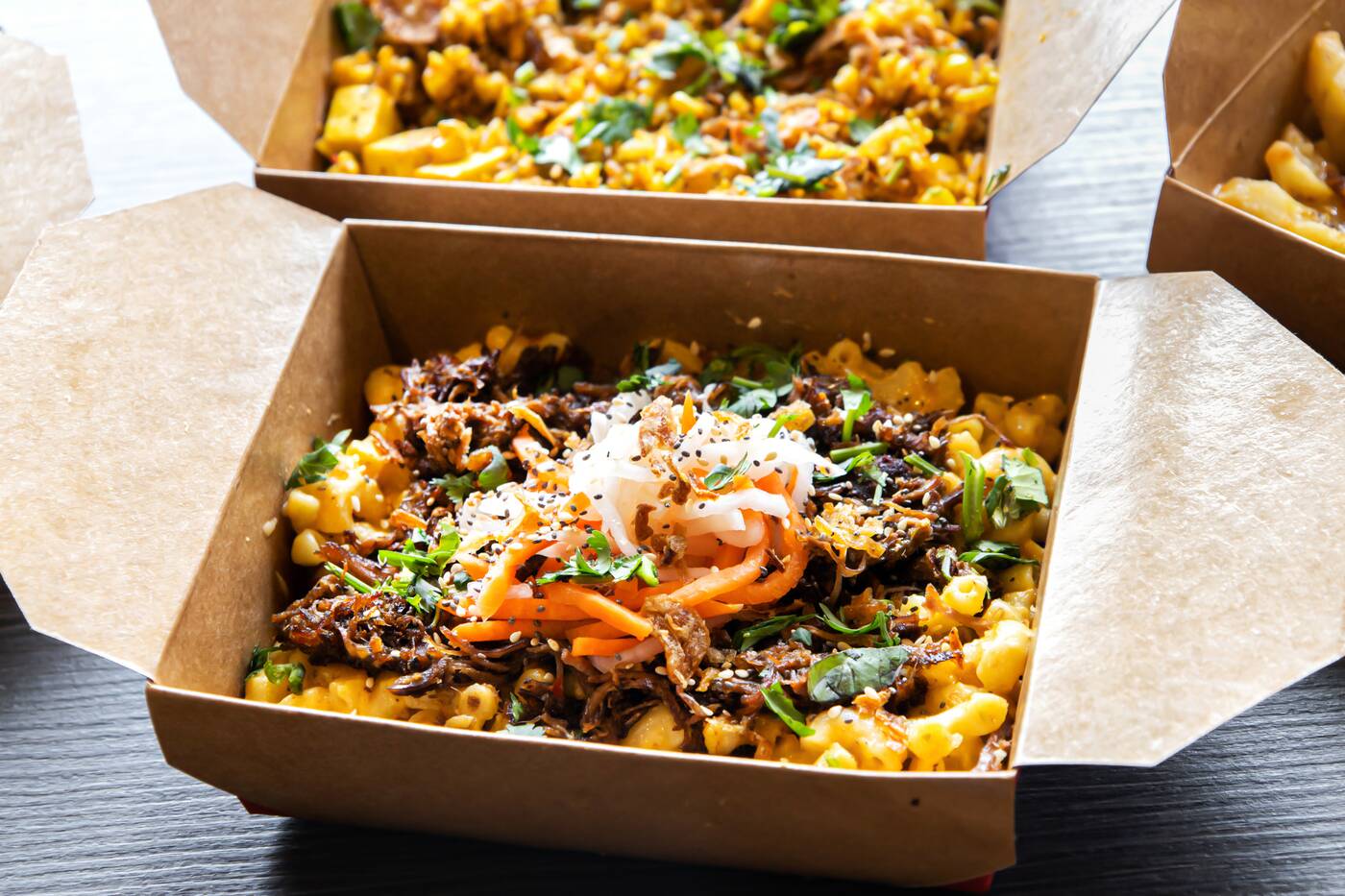 The macaroni is made with four different kinds of cheese and a house spice blend. Braised beef is based on a coconut beef stew recipe popular in Malaysia called rendang and leaves the dish unrivaled in terms of flavour.

Like everything else on the menu, it comes topped with sweet and sour house-pickled veggies, crispy shallots, super seeds and fresh herbs. 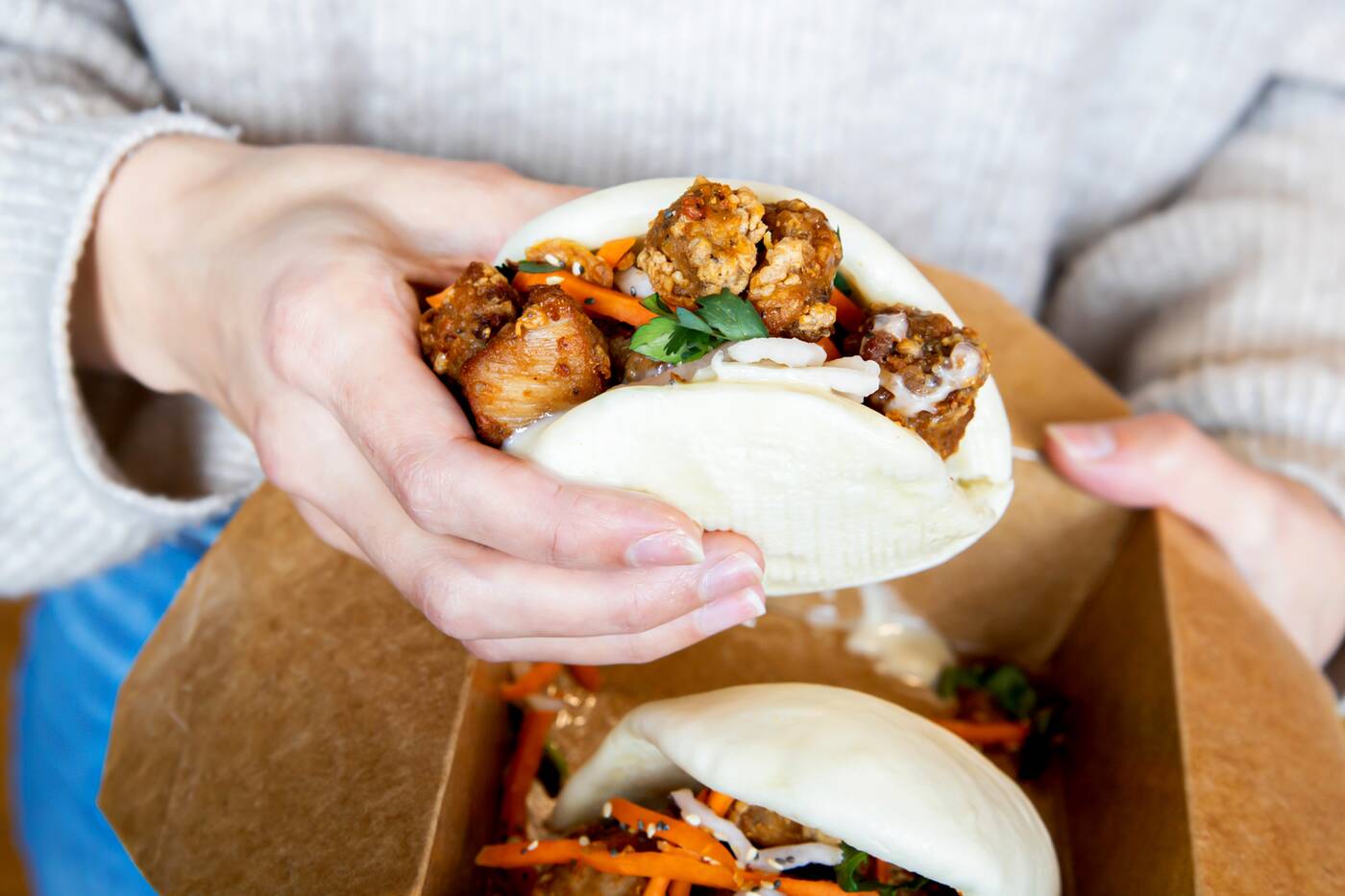 You can get the fried chicken on its own, on a bed of rice, or surrounded by a fluffy bao bun (two per order for $11.45) imported right from Asia.

The double-fried chicken prepared with Asian seasonings goes nicely with the sweet chili mayo or my personal pick of the sauces, a tangy yuzu mayo. 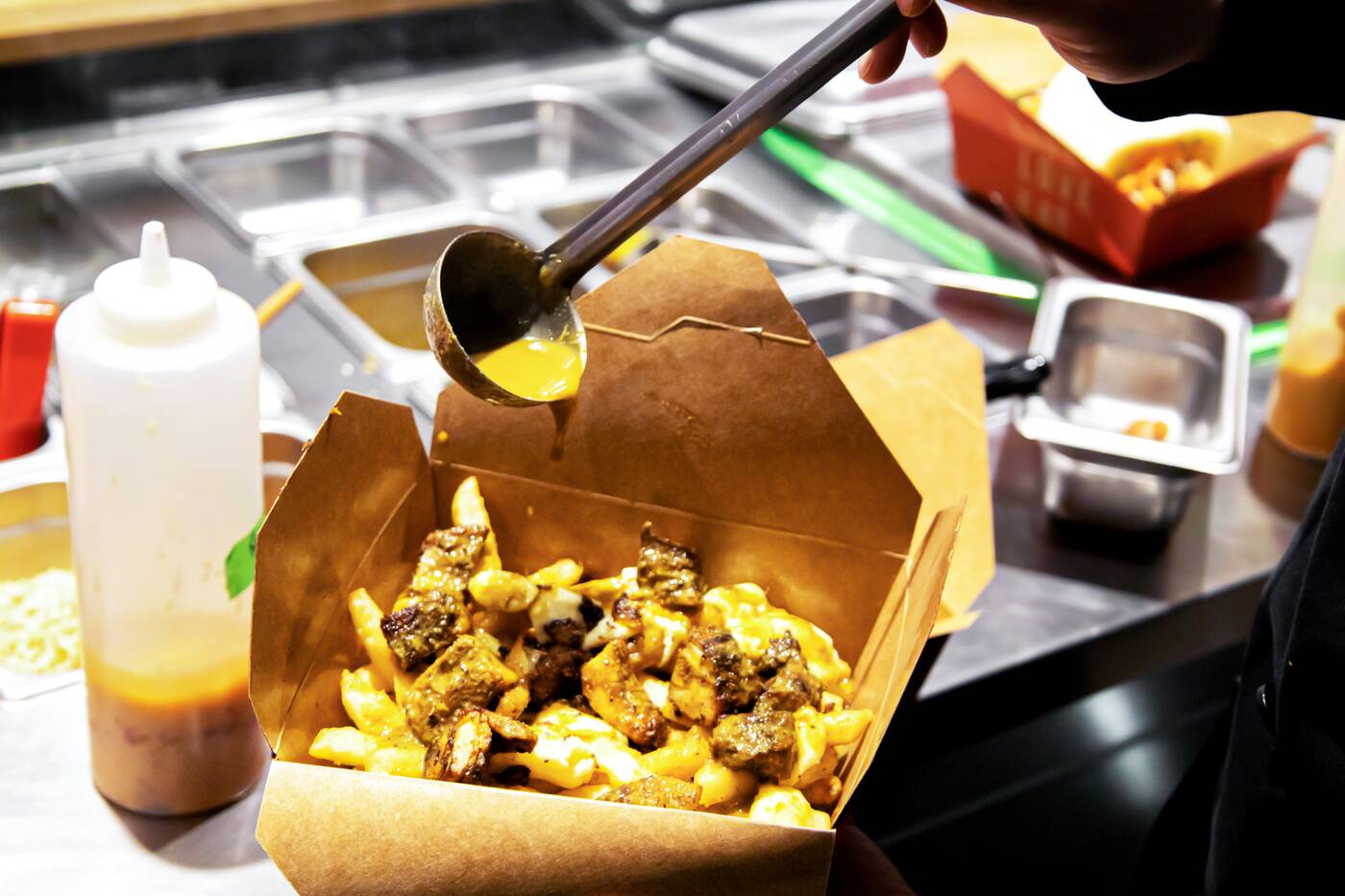 We order the Thai poutine ($12.25) with lemongrass chicken, a familiar protein if you've been to Basil Box. Alternatively, get it with the Malaysian braised beef. 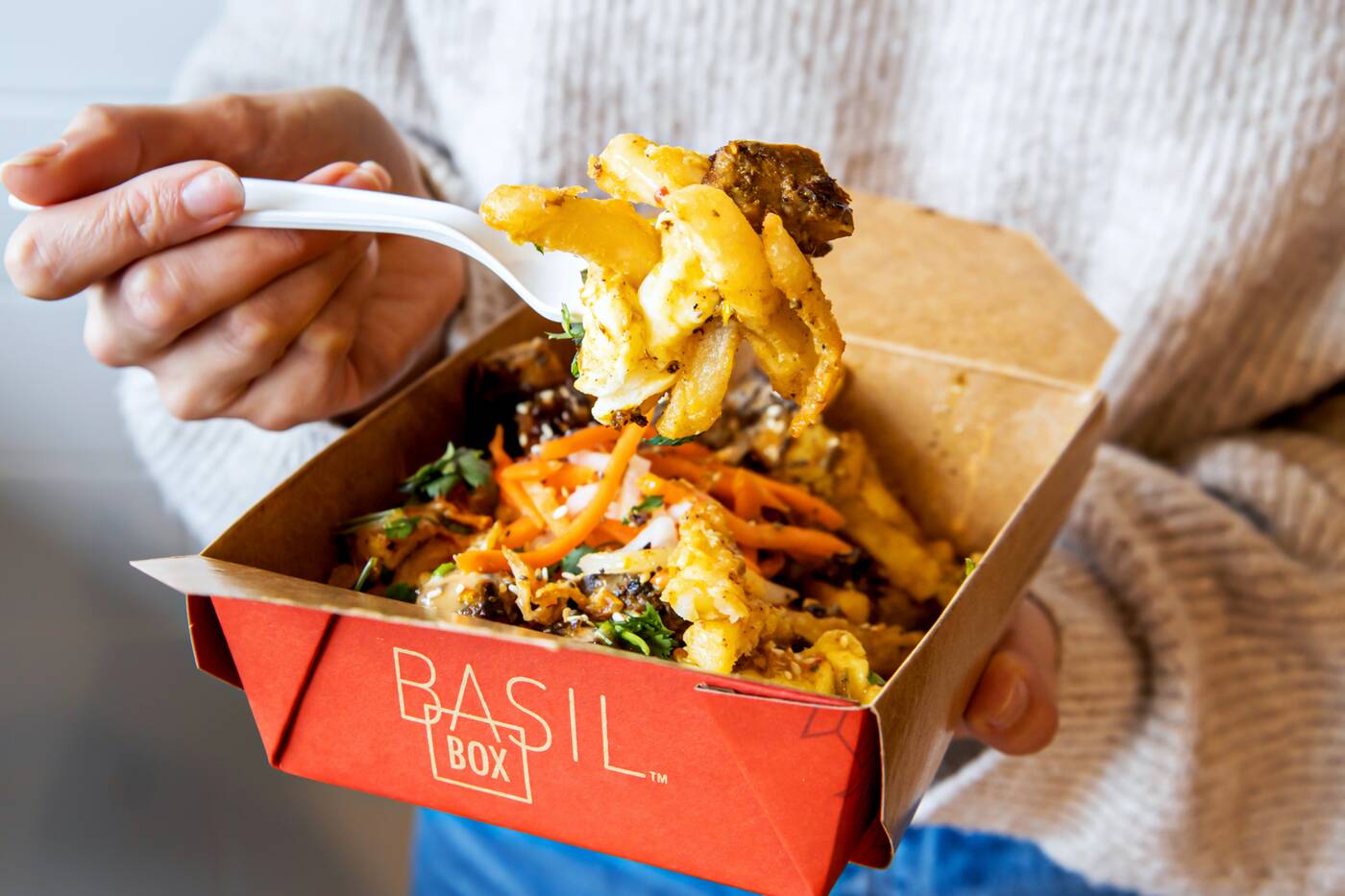 The poutine passes on a classic beef gravy for a Balinese sauce with a dash of sweet chili mayo, but you'll still find plenty of Canadian cheese curds mixed in with the fries. 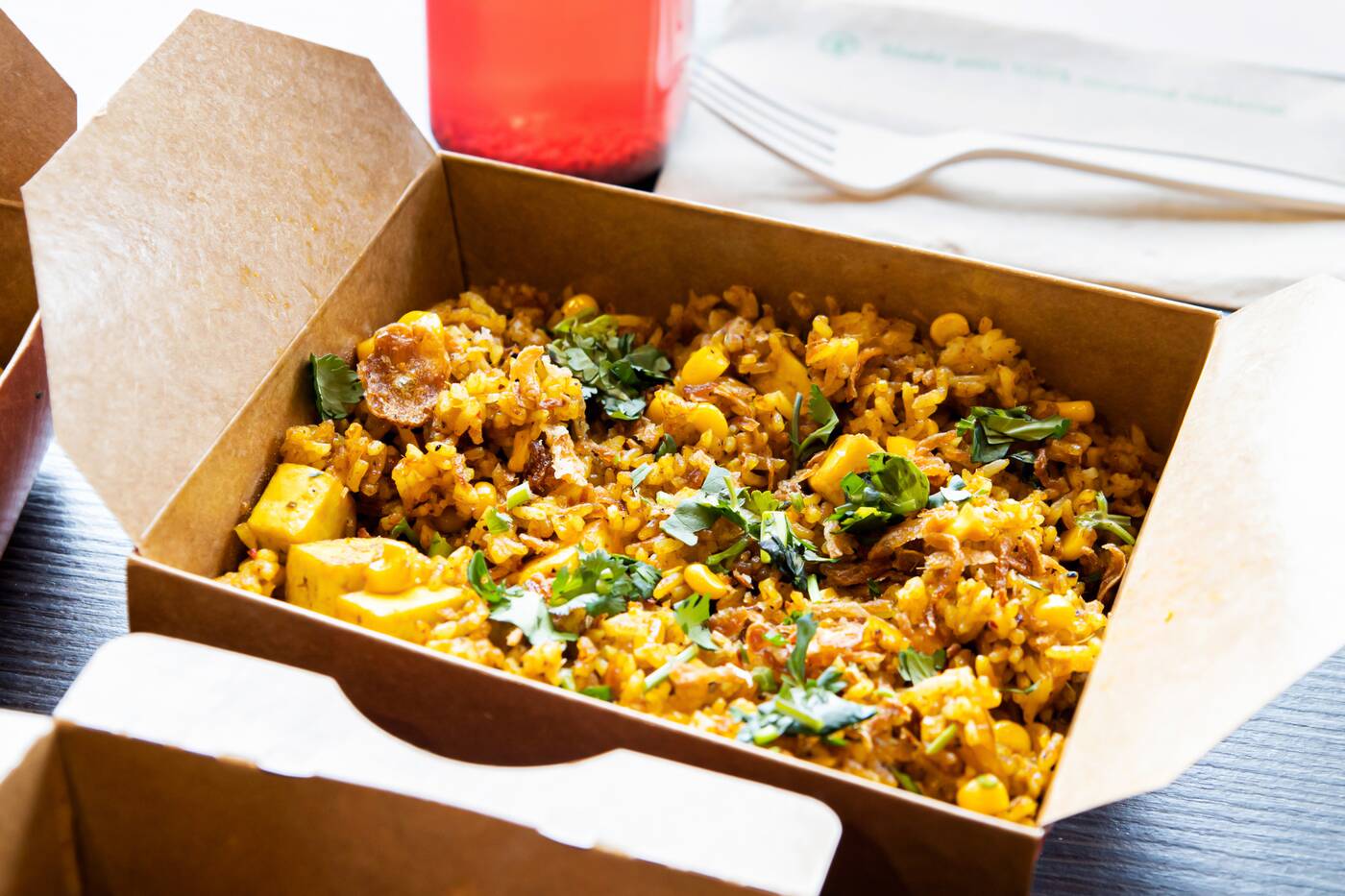 A particularly memorable dish is the sambal fried rice ($12.95), which is completely vegan if ordered with tofu.

Sambal, a spicy condiment made from chili peppers and other ingredients used in Indonesia and Malaysia, is the main source of flavour in the street fried rice. It offers just mild heat and has a slightly nutty taste to it. 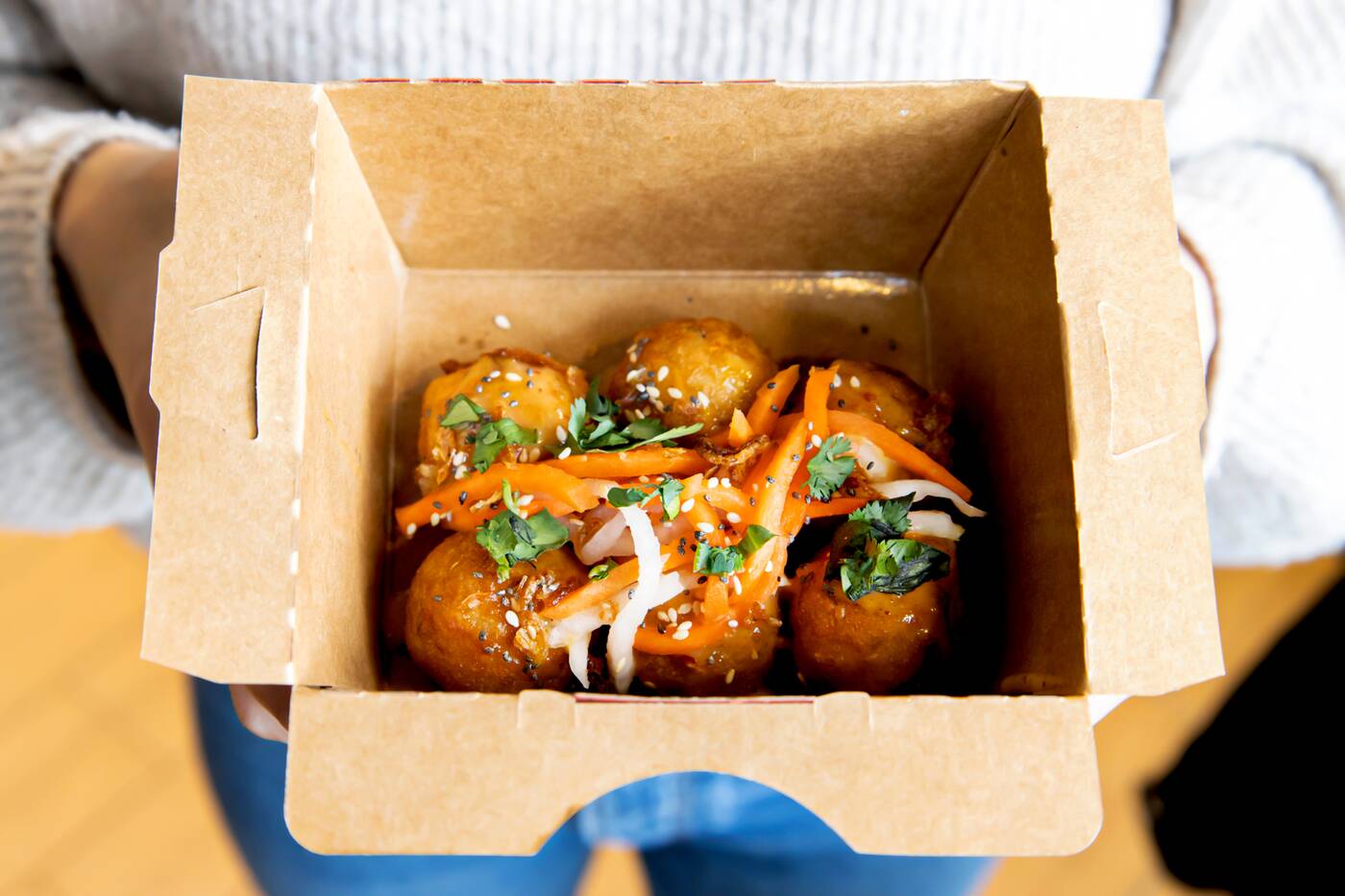 The Thai-koyaki (six pieces for $6.95) is filled with octopus, fried and topped with your choice of sauce and all of the usual garnishes. 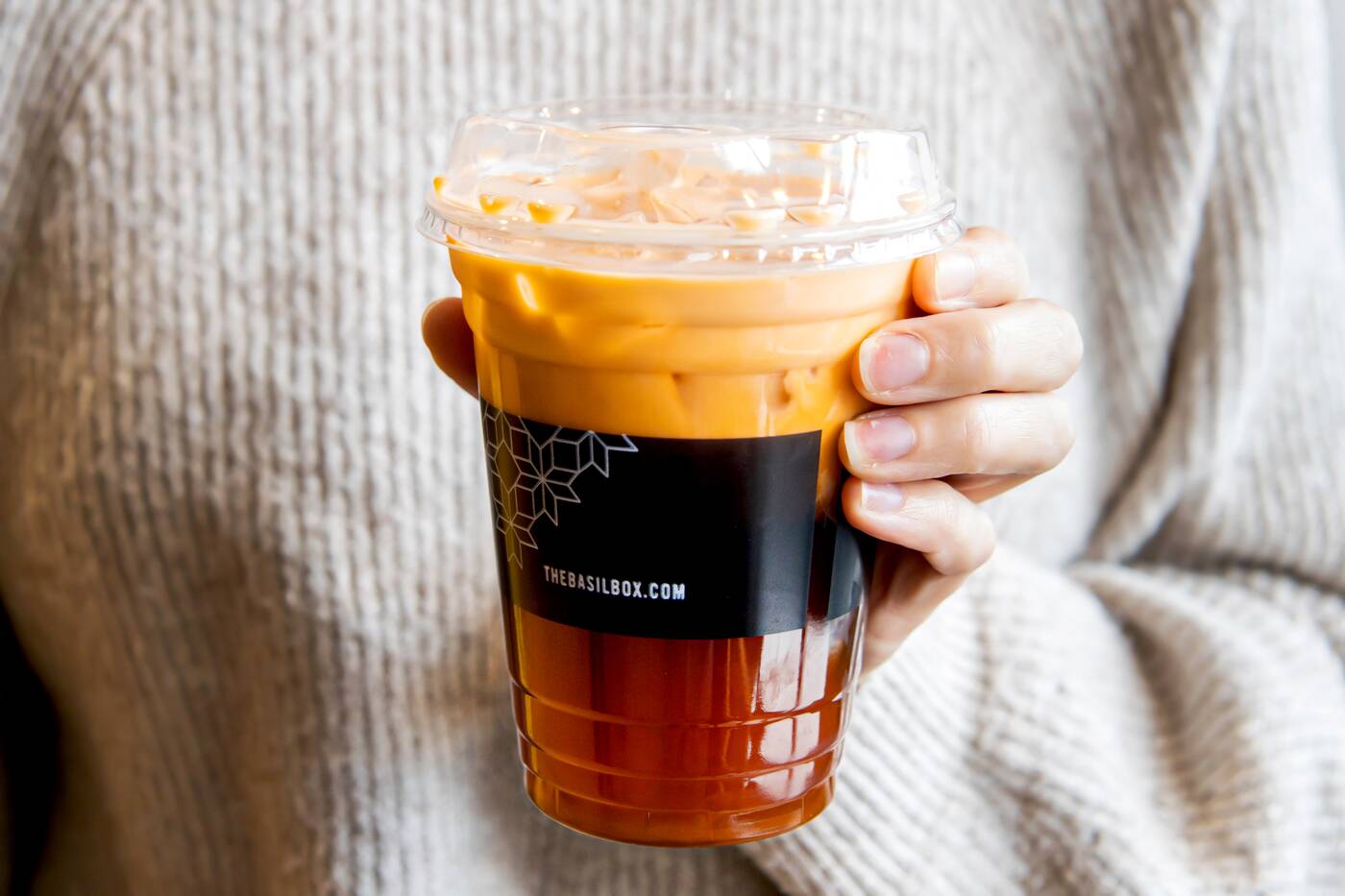 The Thai milk tea ($5.45) is refreshing and sweet, made with pure natural cane sugar. 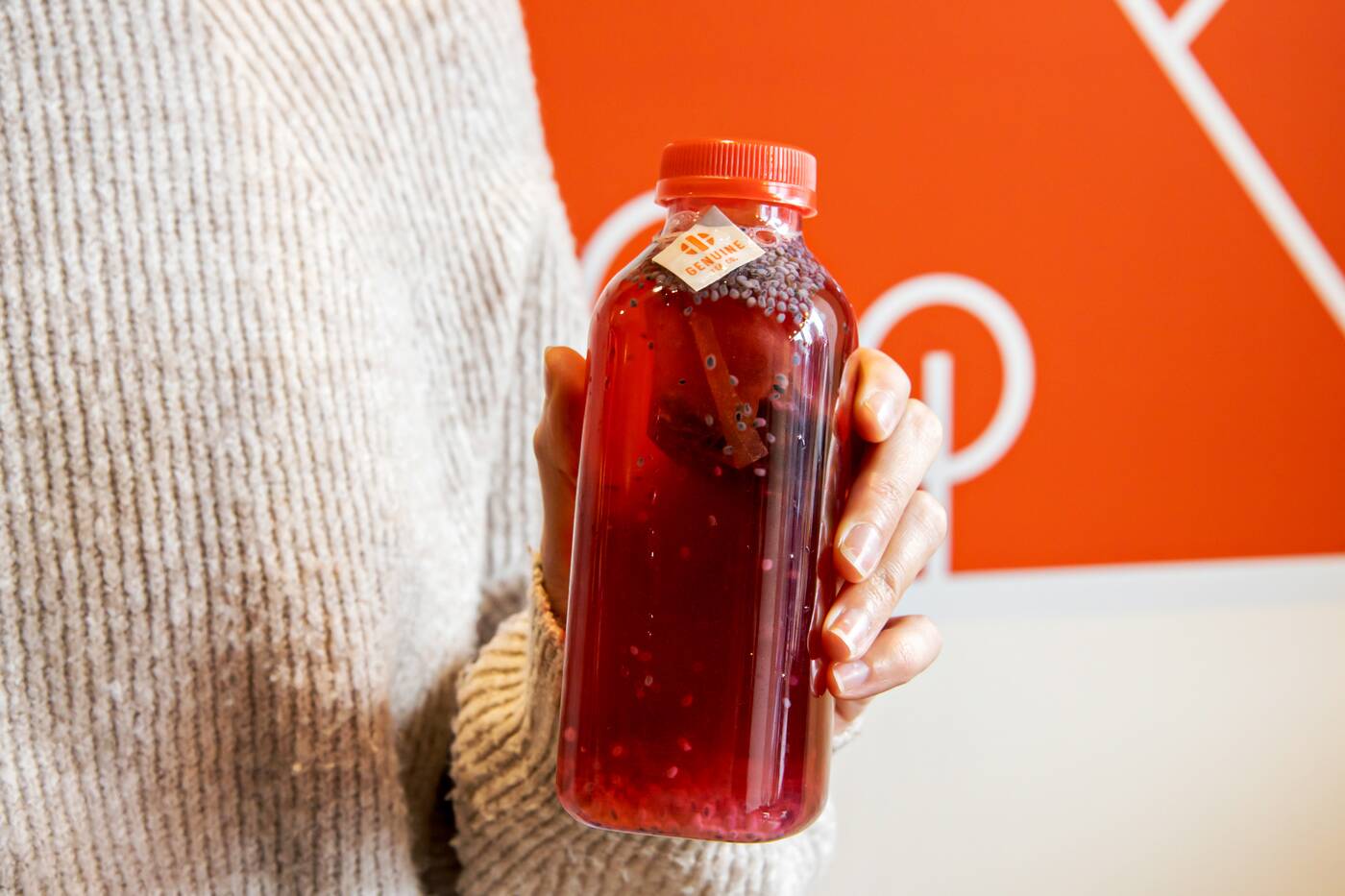 There are also a few cold teas that use all-natural syrups and premium green tea from Genuine Tea. Dragonfruit green tea ($5.45) has sweet basil seeds floating in the bottle and tastes fruity. 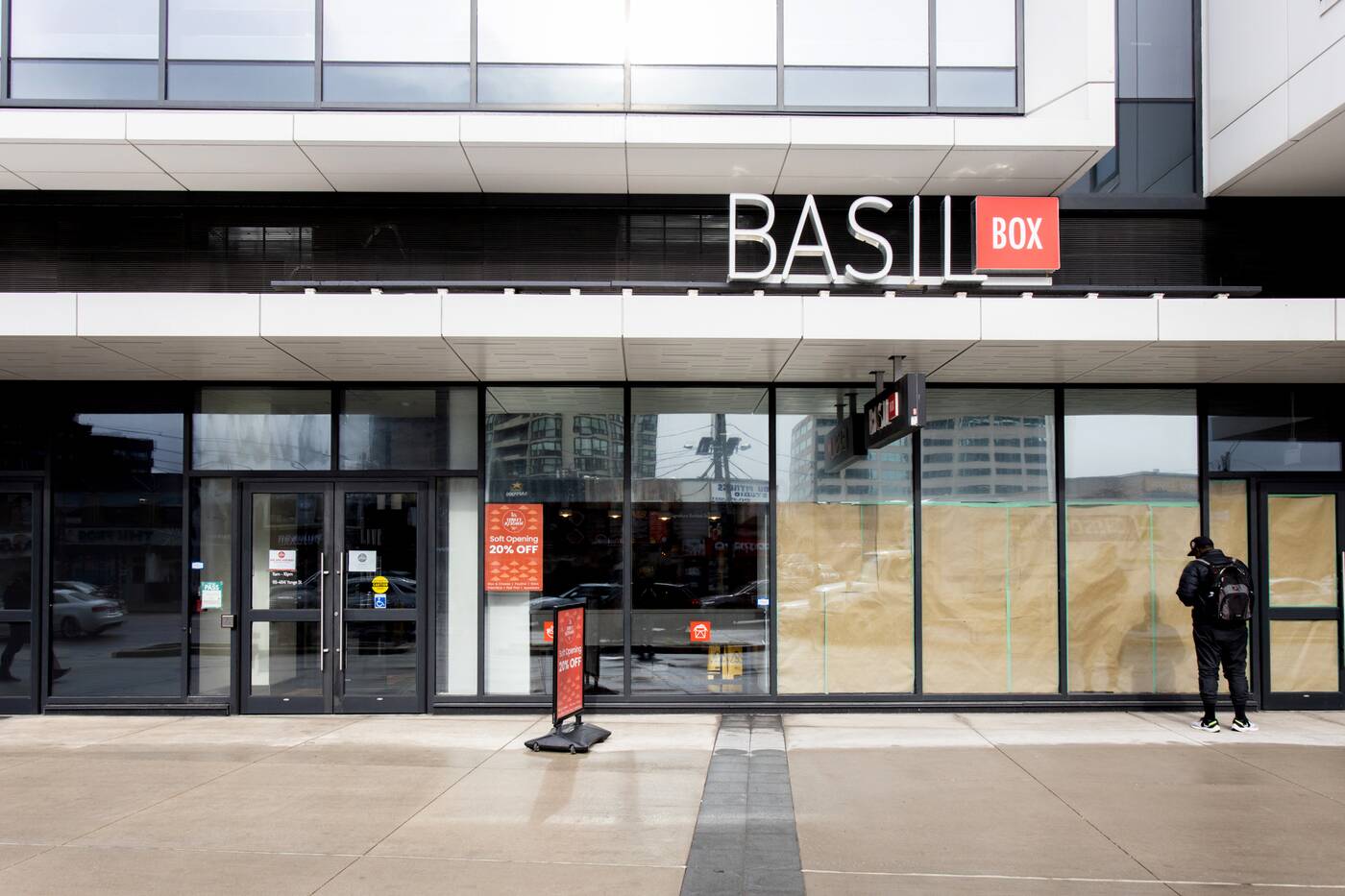