Simone's may not exactly be the first thing you think of when it comes to grabbing a bite on the Danforth, but it should be. This homey Caribbean restaurant has some of the city's finest Jamaican style eats, smack in the middle of Greektown.

Chef/owner Simone opened her namesake restaurant after a stint at nearby Ritz Caribbean Foods at Yonge and College. She initially wanted to buy a franchise, but after the sticker shock wore off, she felt her funds would be put to better use owning her own place. She opened Simone's in 2013 and hasn't looked back. 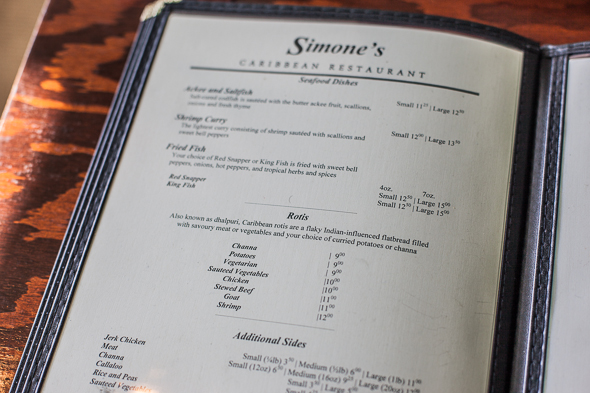 Quaint and homey, the dining room garners pretty pops of pastel yellows and blues from the upholstered booths and high back chairs. With only about a dozen or so tables the sun drenched dining room is by no means glamourous, the DIY crown molding and a lackluster paint job indicate a chef whose priorities are in the right place - the kitchen. 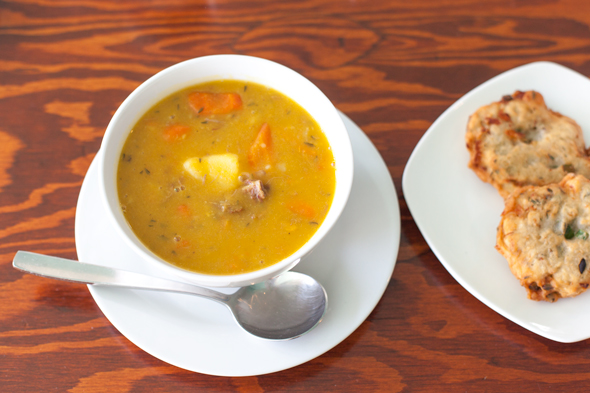 Simone, being the one woman wrecking crew, makes everything in house, from stick to your ribs porridges (the banana is a fan favourite) or her Scotch Bonnet soaked hot sauce.

Minus twenty temps outside mean the daily soup ($4.95) a sure thing. Peppered with potatoes, carrots, thyme and a few gnocchi like dumplings the beef soup is hearty, and the portion is big enough for a meal all on its own. 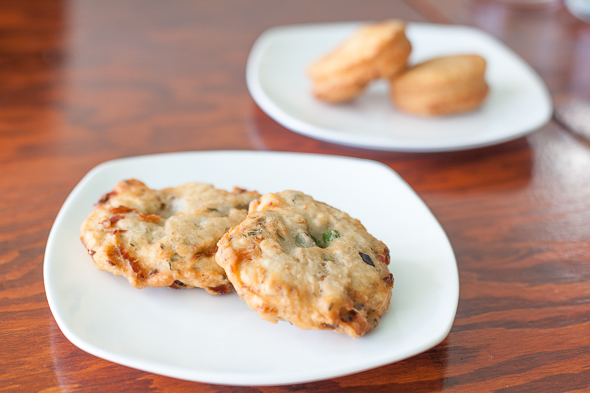 Paired with the codfish fritters ($2.50 for two) the cakes are deep fried and flakey, the patties have pops of heat from diced jalapeno and slivers of green onion. Skip the bland johnny cakes ($1.50) and order a second round of the fritters instead. 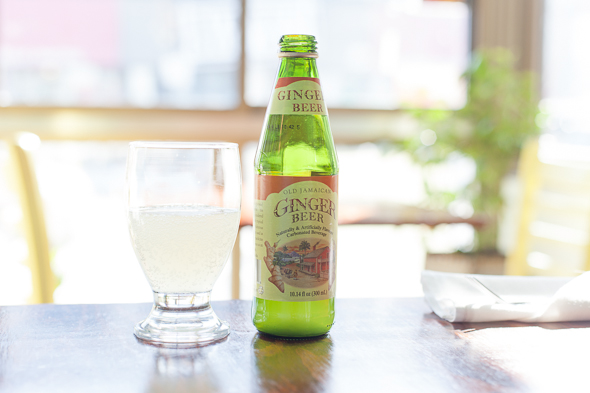 Ginger beer ($2.50) pairs nicely with the chicken roti ($10). The tightly bundled package explodes under the slightest pressure from the fork, with chunks of boneless chicken, veggies and lentils soaking up the delicious gravy. Served with a side salad, potatoes or curried chick peas, for $10 this meal is a total bargain. 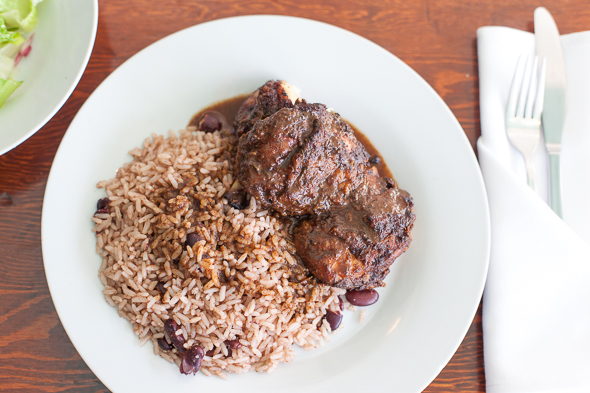 The jerk chicken ($9.50) is of similar value, the portion size is a big bang for your buck. Coupled with beans and rice as well as a side salad, there was no possibility of finishing it all, which made for tidy leftovers the next day. The saucy bone-in jerk chicken was evenly spiced; not burn your face off, but instead, complicated with varying strength to each bite. 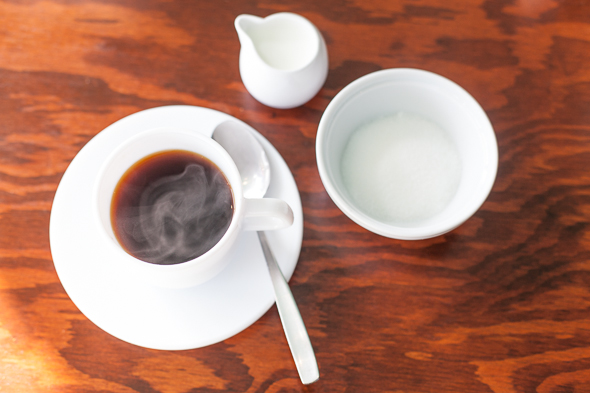 Attempts to order desserts were thwarted when our friendly server told us there were none to be had that day, which is probably for the best when you've covertly made a belt adjustment under the table, so we stuck around for the rich Jamaican Blue Mountain coffee served in a tea pot ($4) instead.

With Toronto actually resembling hell frozen over these days, and not much reprieve in sight, this cozy spot might just be the next best thing to a plane ticket out of here. In the meantime, I'll be counting down the days until their back patio opens. 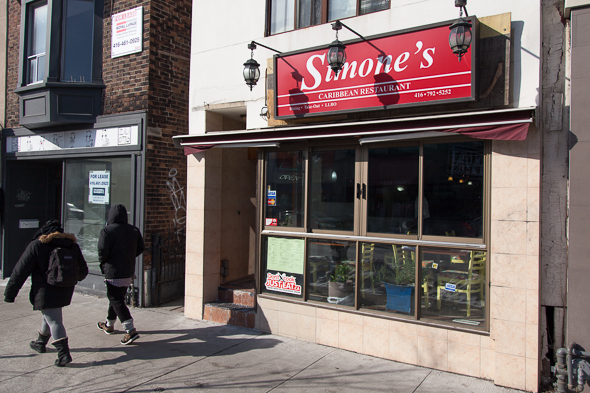 Writing and photos by Libby Roach .