Nicey's has had a reputation for Jamaican food in Scarborough for over 35 years, though this location has been here for just over three.

It's named for the woman the business was originally purchased from by a father and brother team from Jamaica. 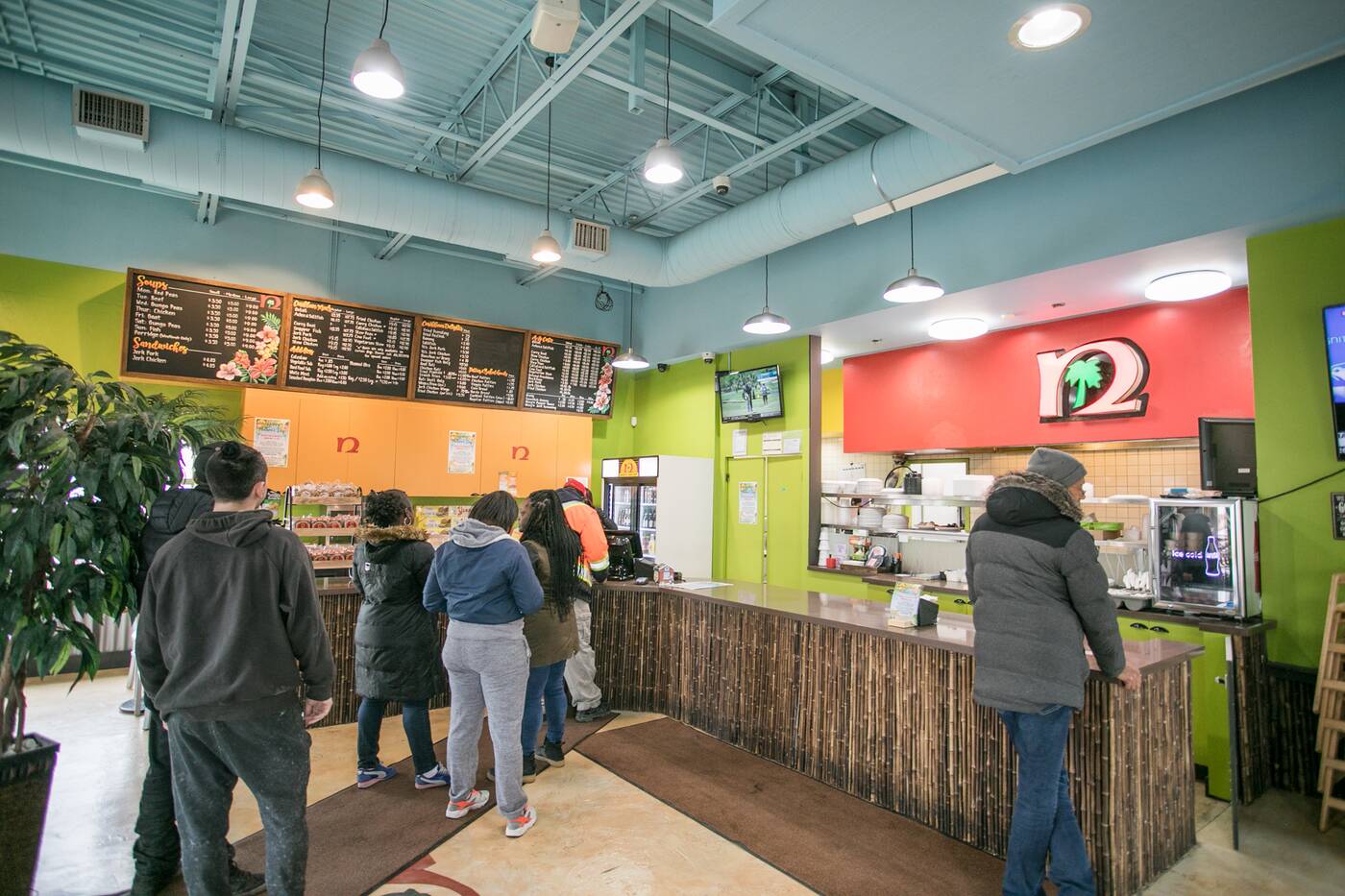 Seating 46 inside and 60 outside on a sprawling patio, this location also has a drive-thru and is open from 11 in the morning until 11 at night.

Jerk wings knock it out of the park at 75 cents apiece, not too large but sticky and spicy enough to justify a Jamaican beer. 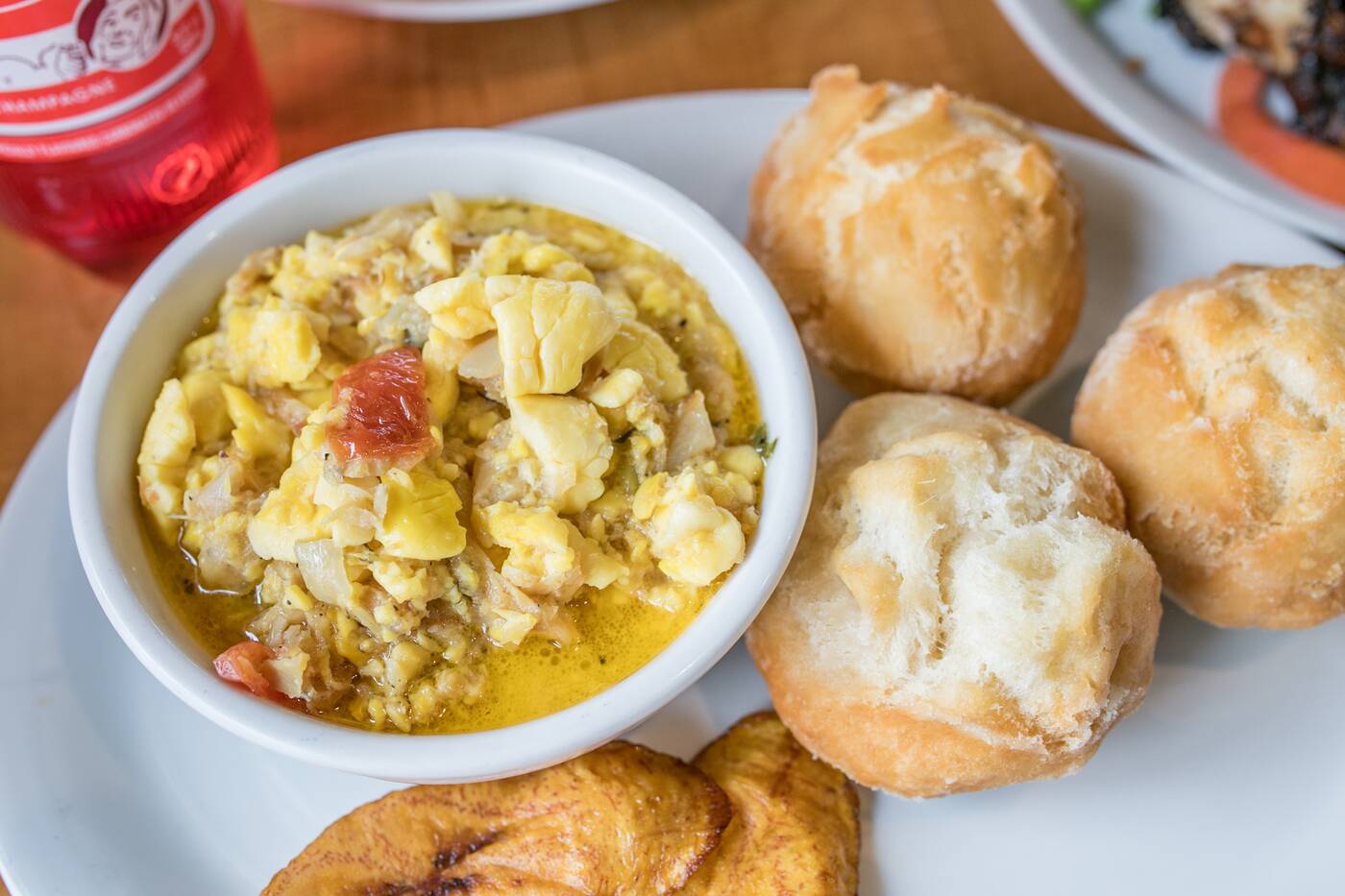 Ackee and saltfish goes for $11.85 as a meal, paired with fluffy fried dumplings and nicely caramelized plantain. 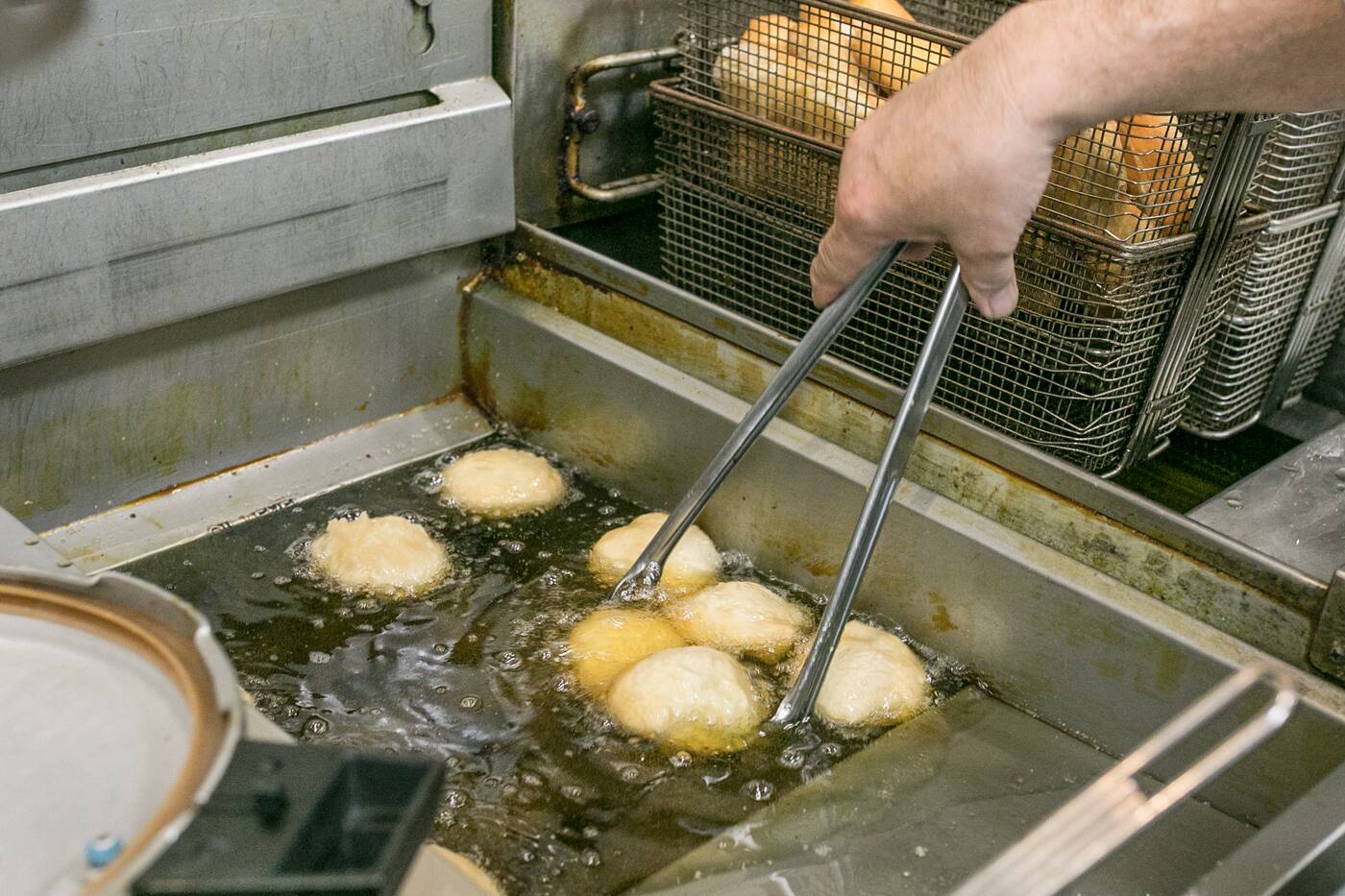 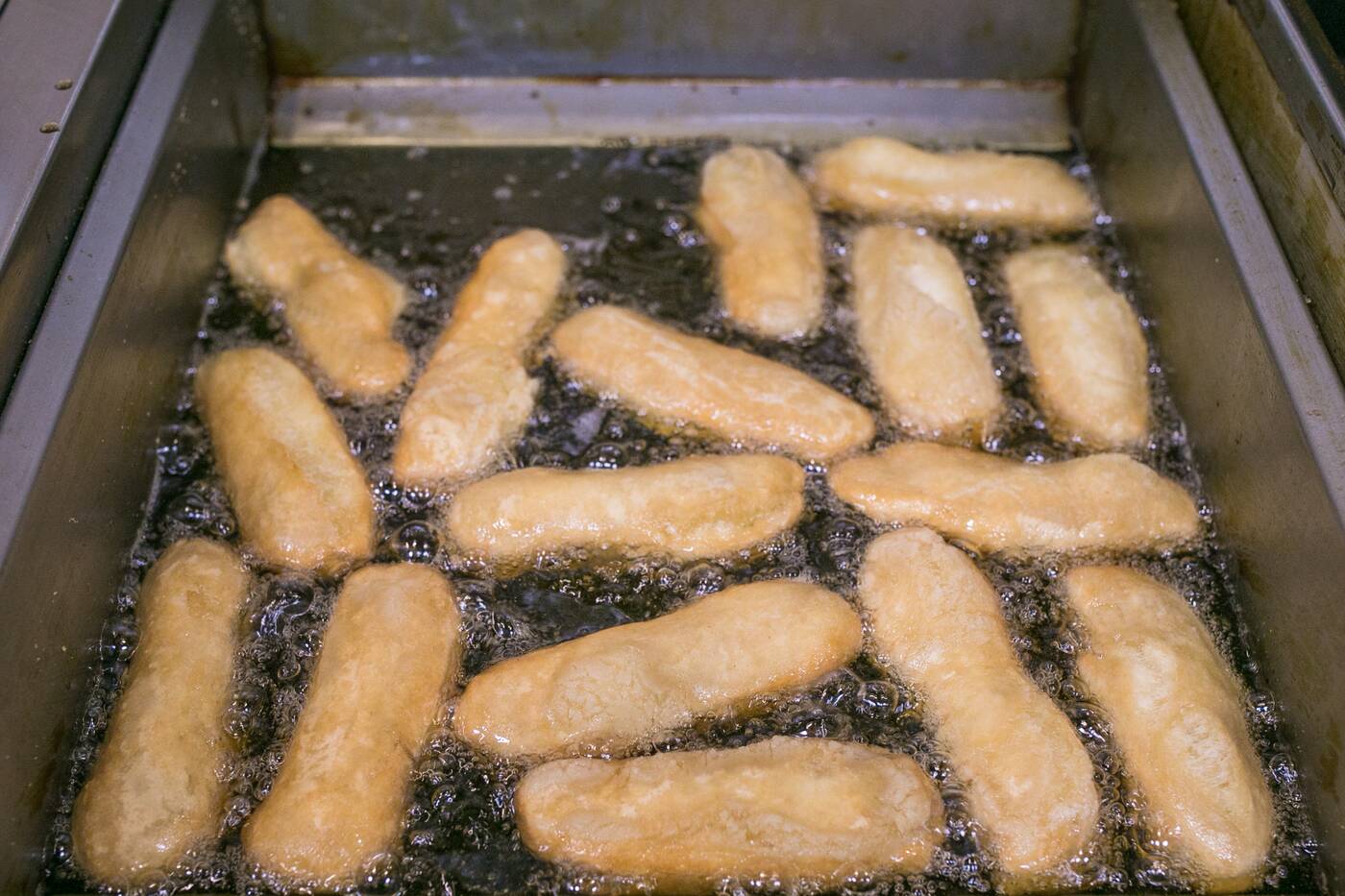 All dumplings are totally made from scratch by hand. 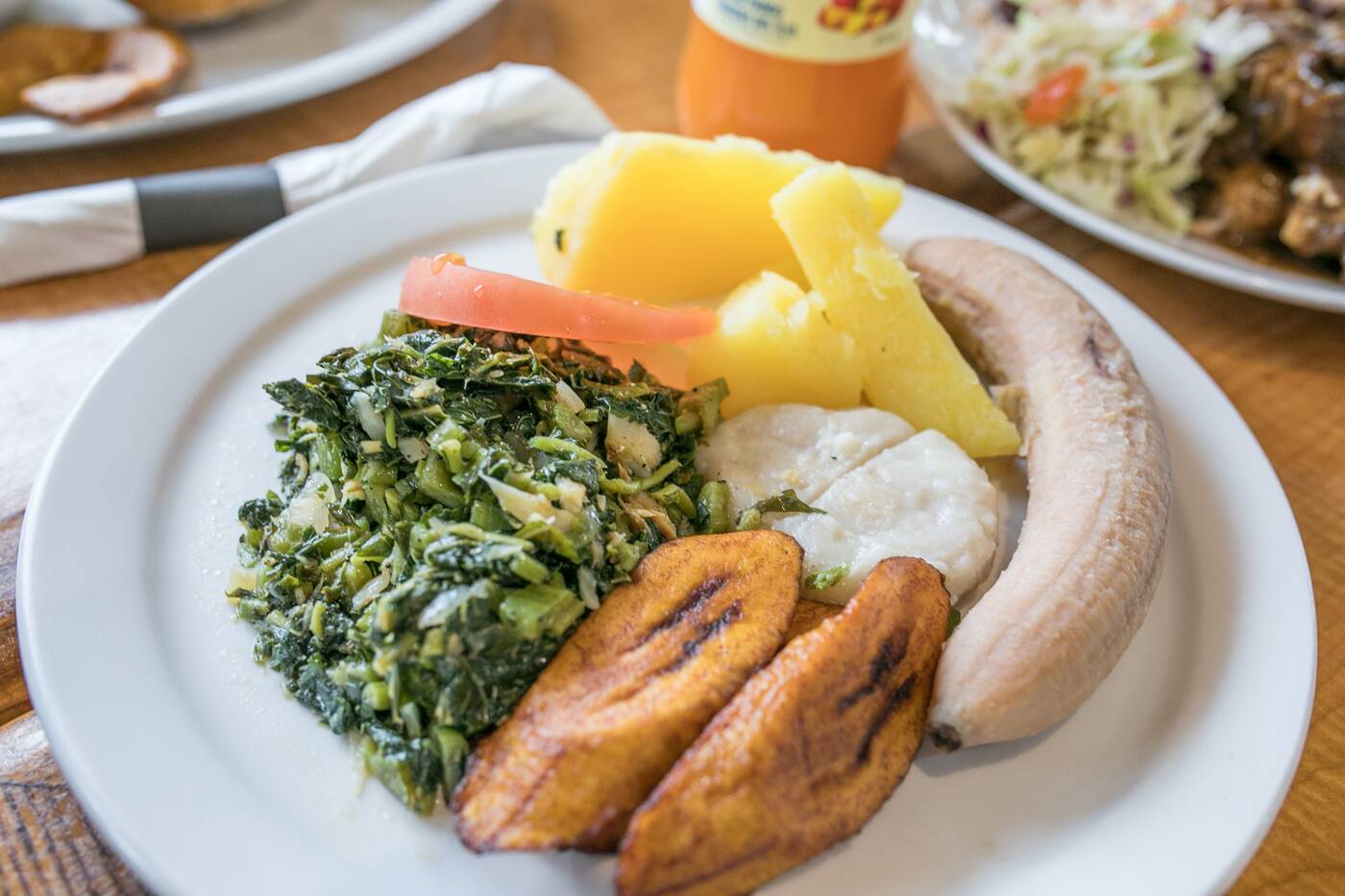 Callaloo and saltfish starts at just $9.15 for a regular meal, the callaloo made with the same base as the ackee and saltfish, but added immediately to the mix as opposed to adding later once the base has cooled. 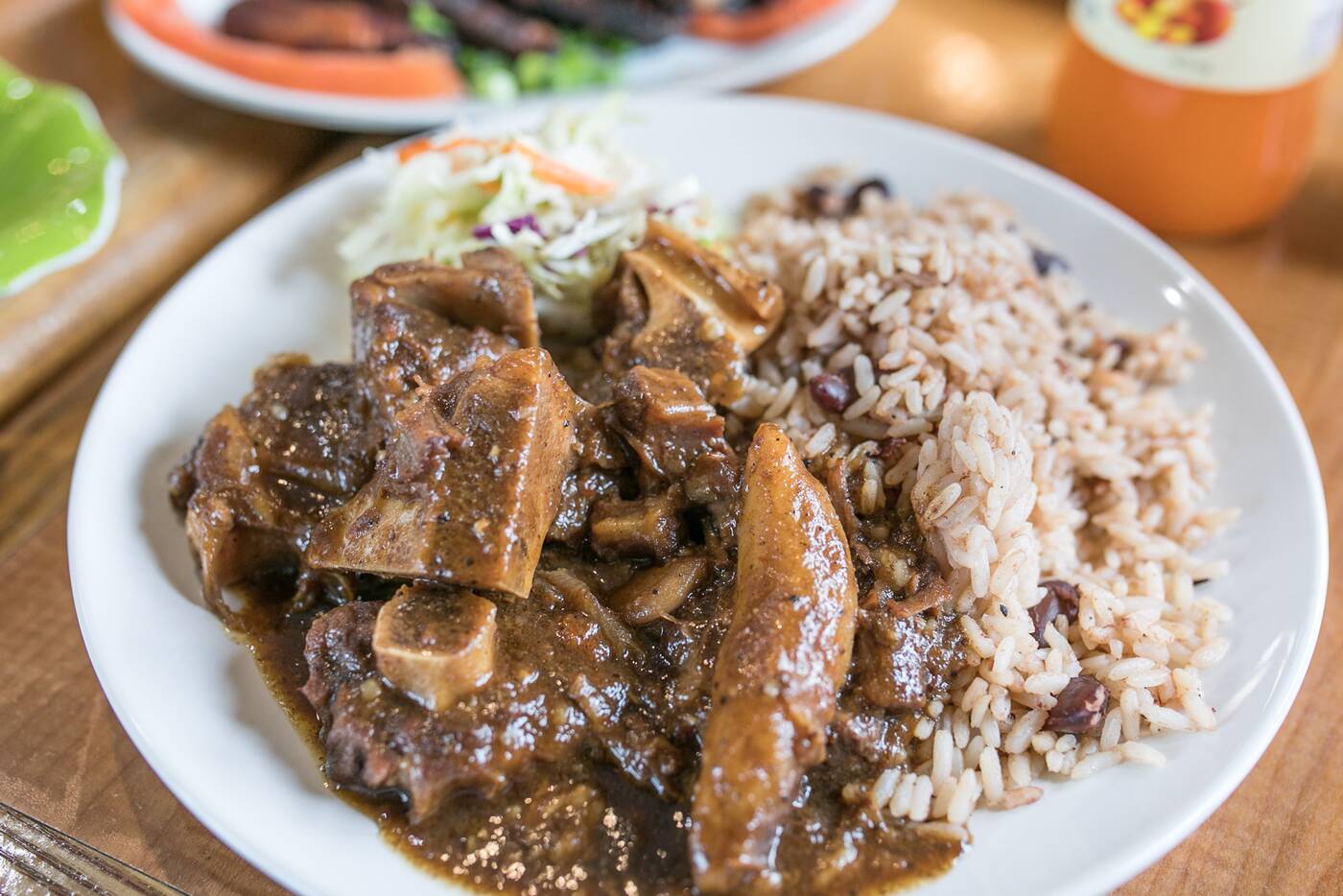 An oxtail meal ($13.35) is heartier, a plate loaded with lots of satisfyingly chewy, fatty, bony oxtail as well as the typical mountain of rice and peas and a slaw that's on the drier, more peppery side. 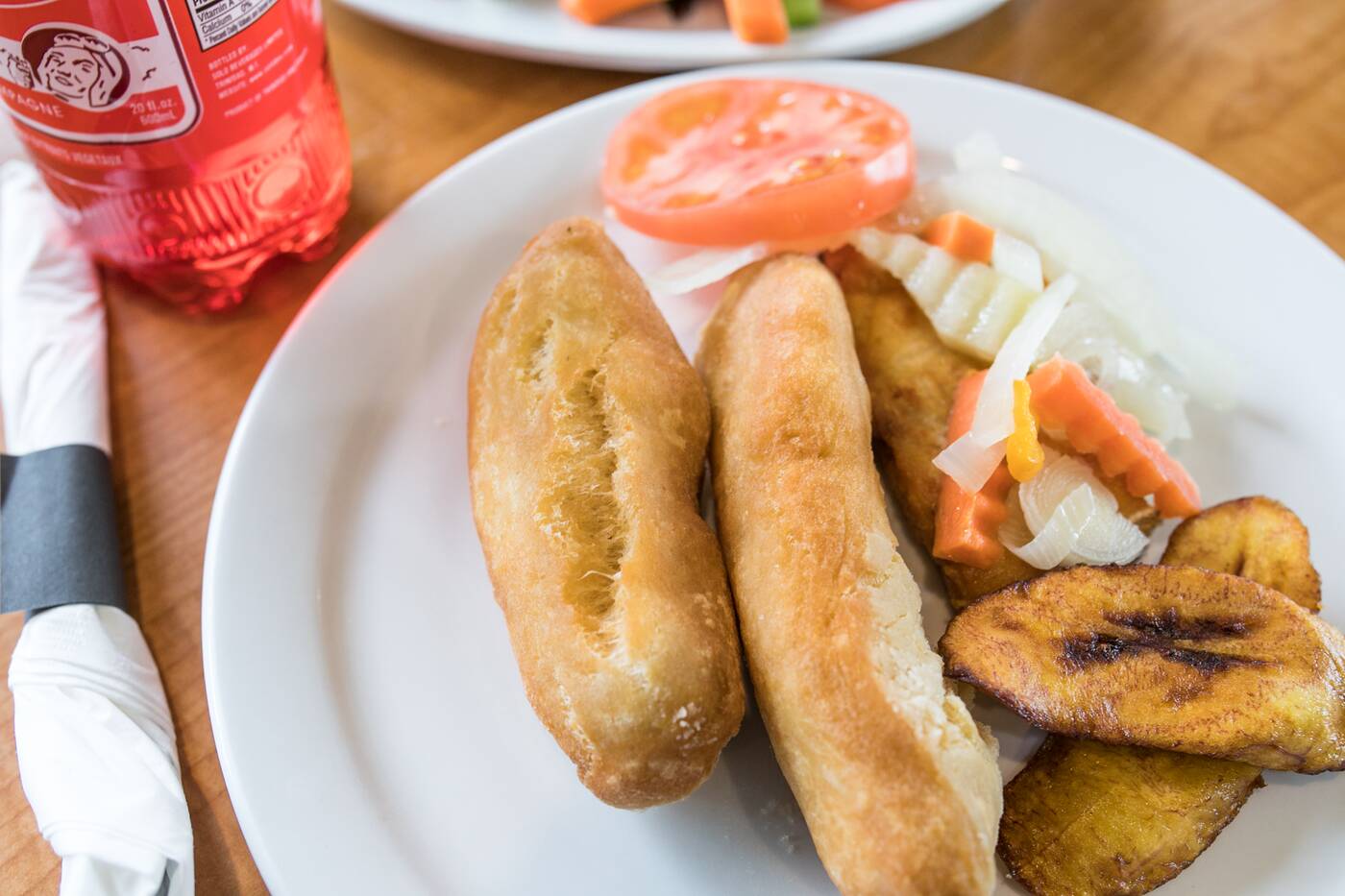 Saltfish is $2.40 on its own but it's recommended you add escovitch onions for $2 that really add tang and spice. Tack on long, slightly sweet fried festival (a sort of Carribbean dumpling) for 75 cents apiece and fried plantain for 40 cents apiece to fill out an a la carte meal like this with starch. 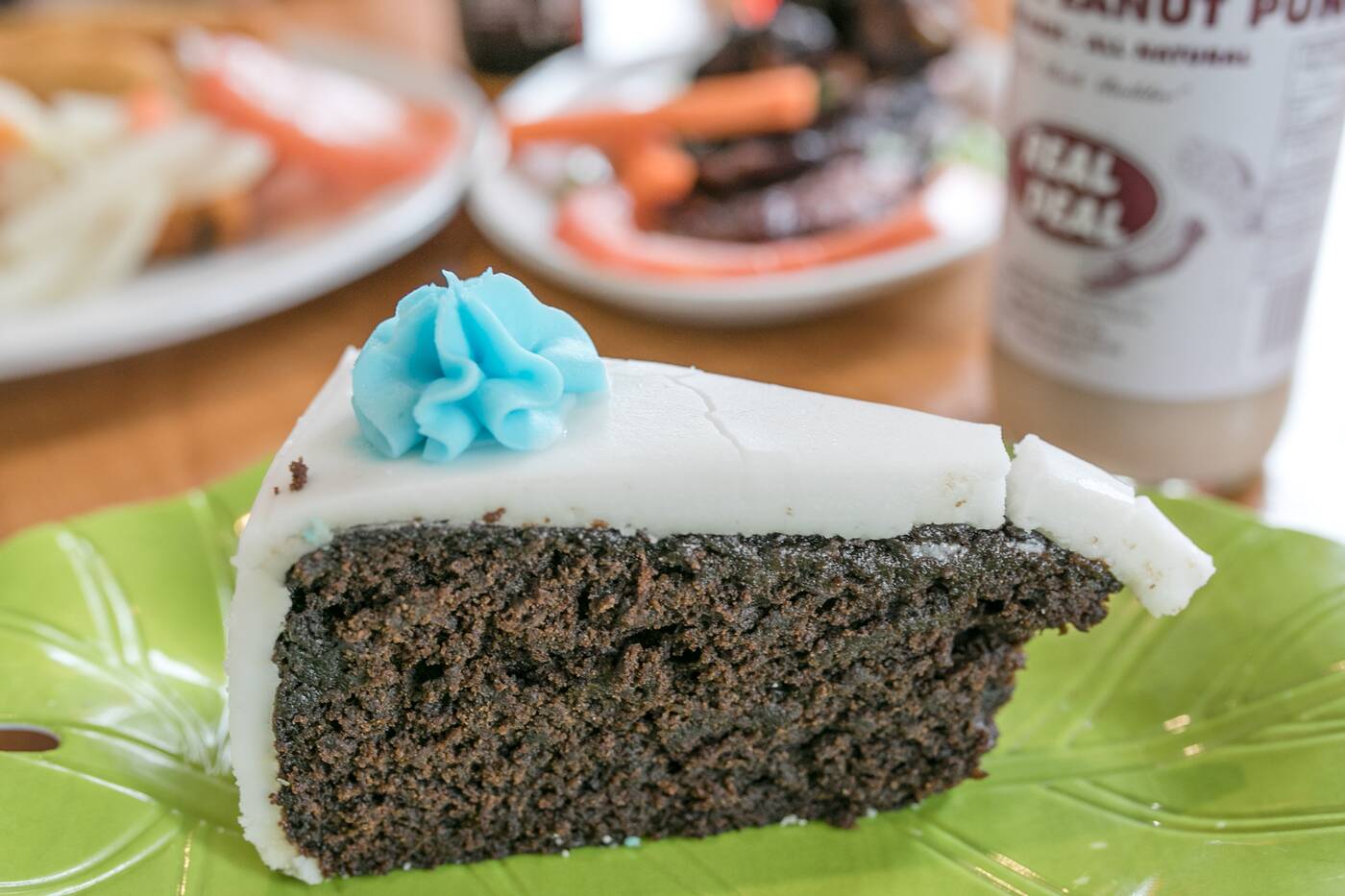 There's a small stand next to the cash with items like spice buns, peanut drops and a sweet, dense, dark rum cake with thick, sugary royal icing baked by a staff member. 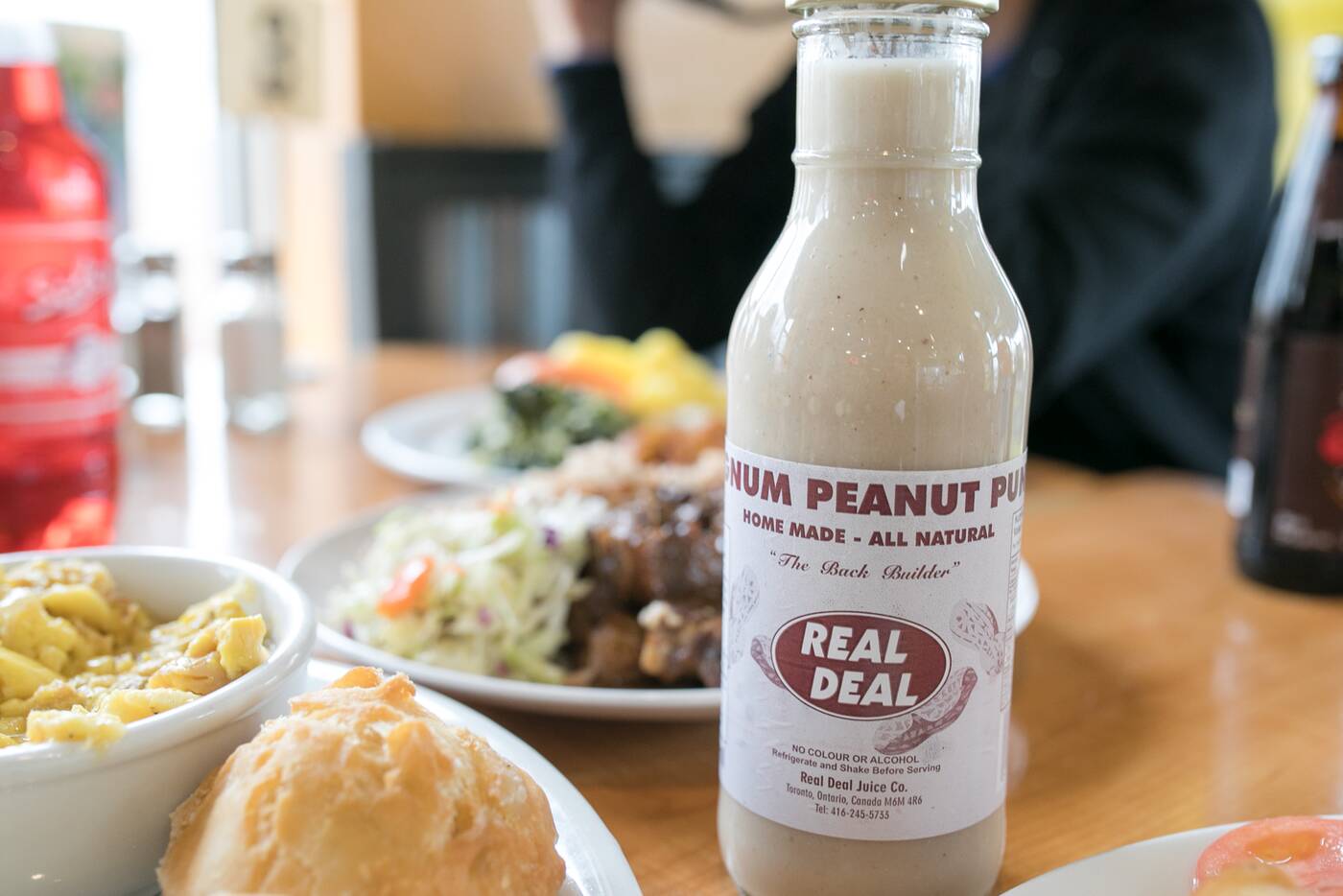 A bottle of thick, toasty peanut punch is an ideal accompaniment that stands up to all the spicy food. 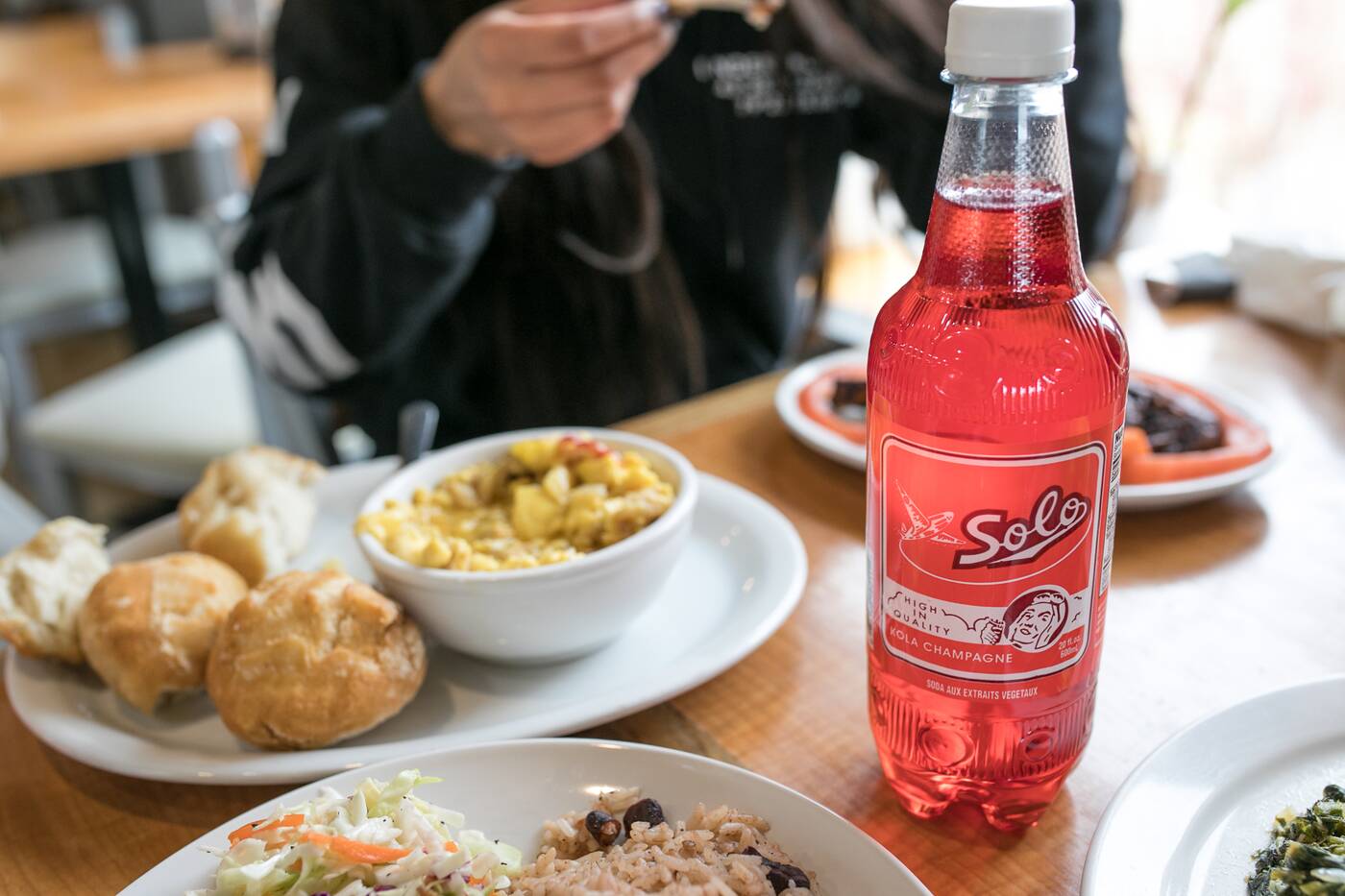 There's also Solo Kola Champagne with an appealing retro look to the label, not to mention a classic melted-freezie/cream soda taste. 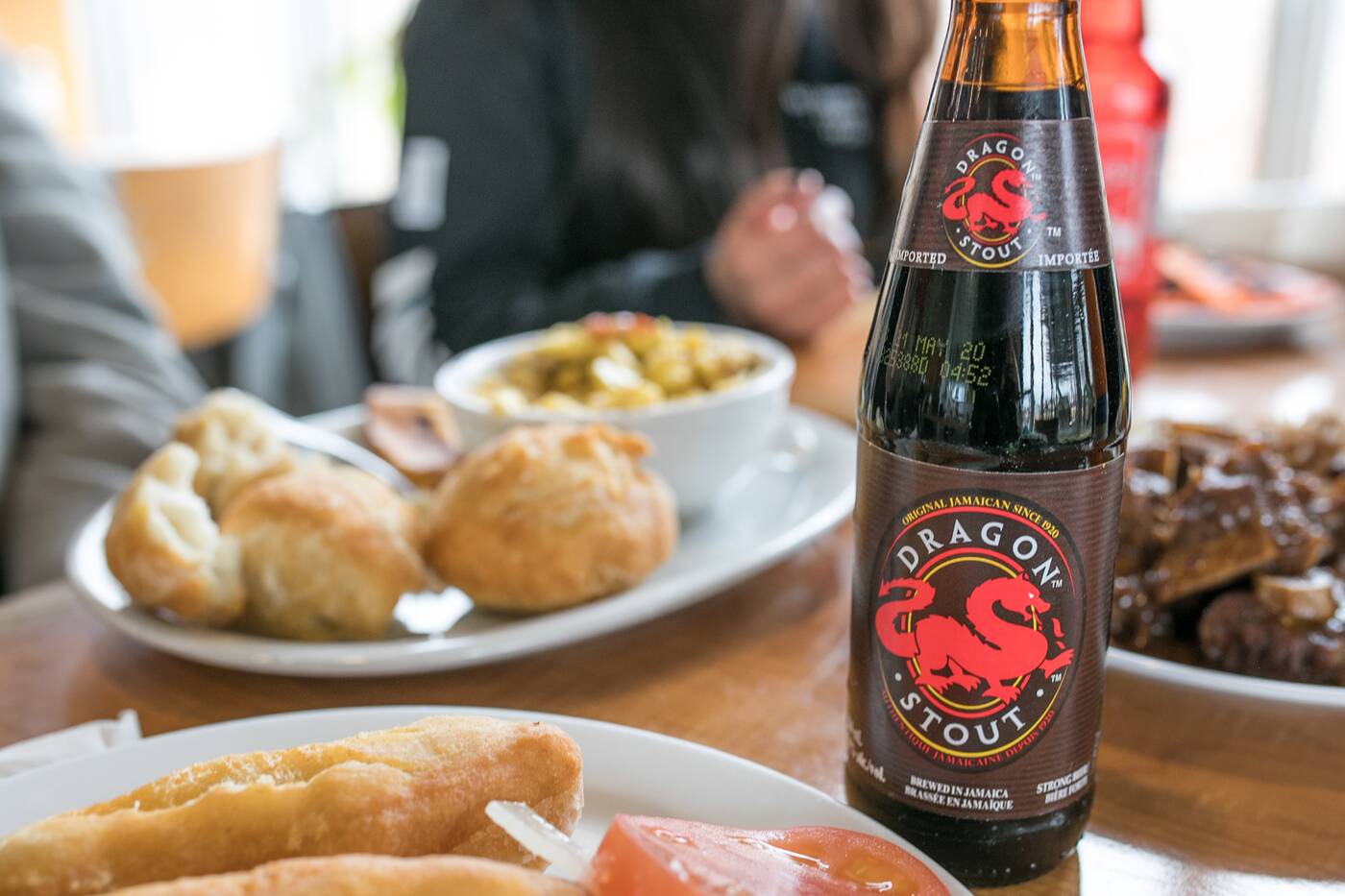 Dragon Stout is an interesting alcoholic beverage option, a strong dark beer made by Red Stripe with a spicy molasses flavour to it. 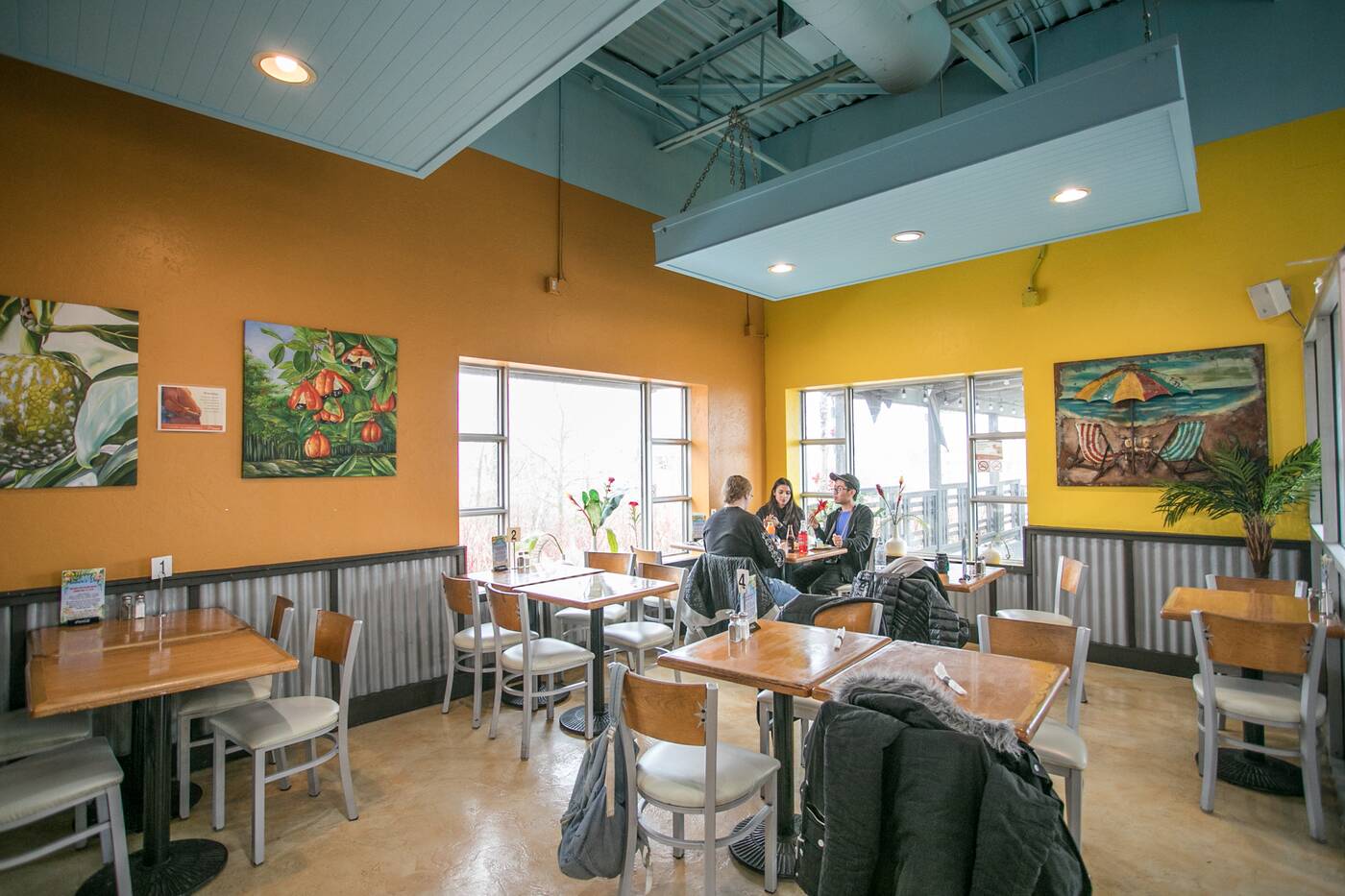 In addition to this Markham Road eatery, there's a Nicey's Take-Out on Morecambe. 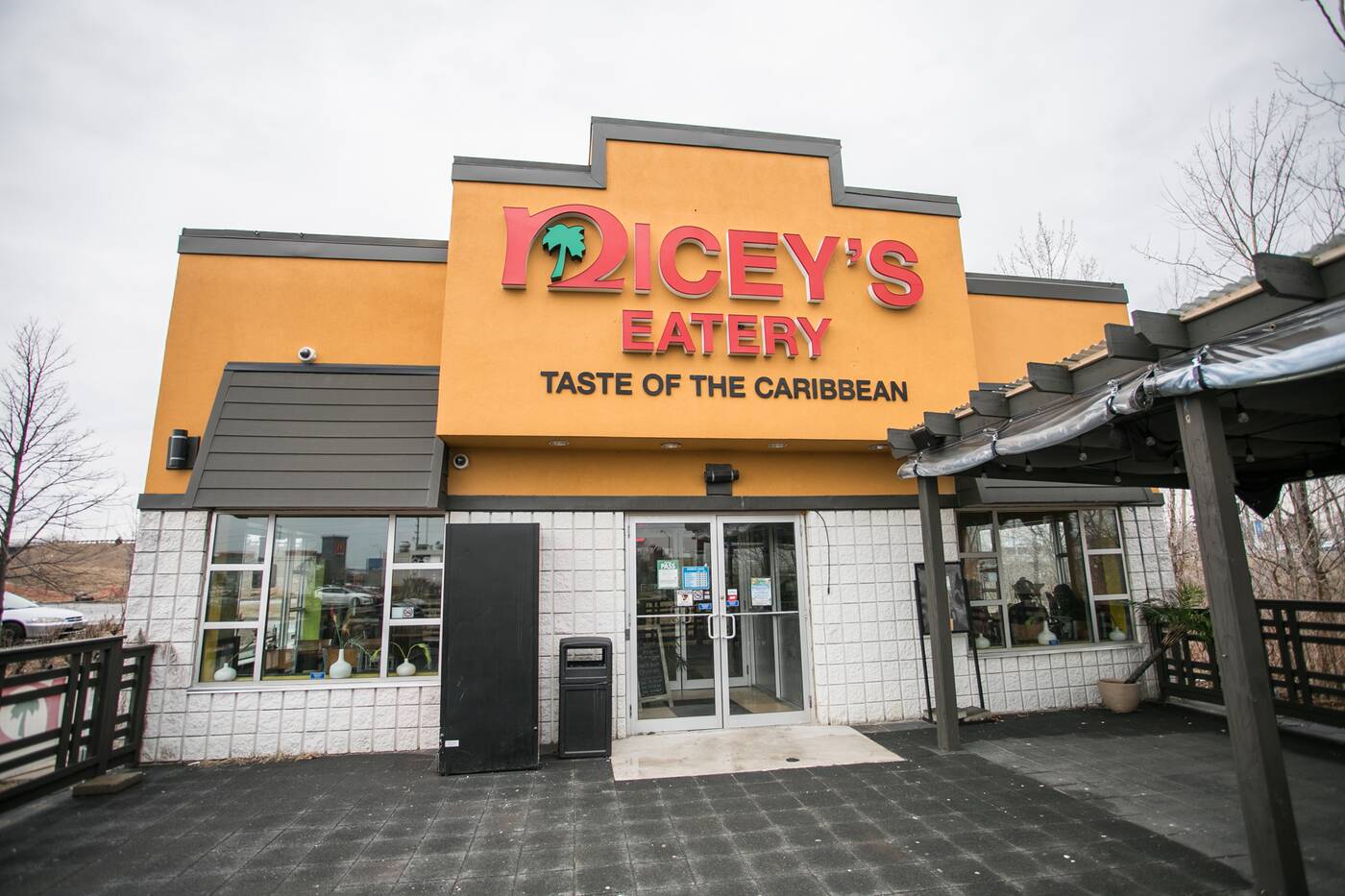