Sharky's Fish and Chicken is the first-ever Canadian outpost of a Chicago based fast-food chain revolving around fried dishes served hot, fast, and in preposterously large portions. Located on Kipling Avenue in Etobicoke 's Rexdale neighbourhood, the lunch spot is a stone's throw away from several middle schools and high schools - and caters to the student population and local families with insanely value-oriented combo meals.

The spot opened in April inside what was once a Coffee Time; the interior is cheery and frills-free, festooned with whimsical posters and turquoise and yellow stripes, with a counter for ordering and seating for about 50. As you might guess from the name, their specialty is in fish and chicken dishes; everything eventually ends up in the deep-fryer, from southern-style fried chicken, wings and poultry sandwiches to a host of cornmeal-battered seafood. 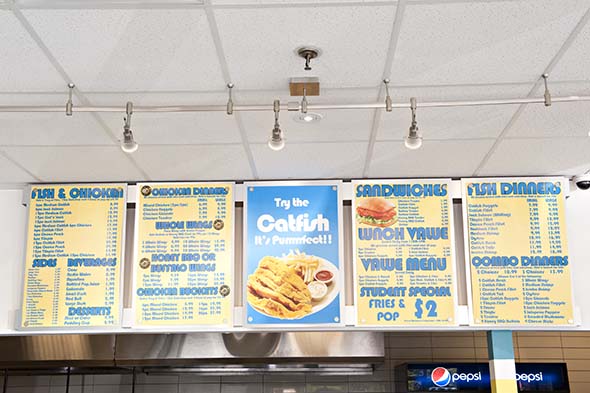 Though some purists balk at the lack of "traditional" fish and chip fillets, like halibut, on the menu, owner Nader Tohamy explains that the cost of the fish (coupled with their massive portion-size standard) wouldn't allow it - instead, they stick to tilapia, whiting, perch, haddock, and their specialty, catfish. 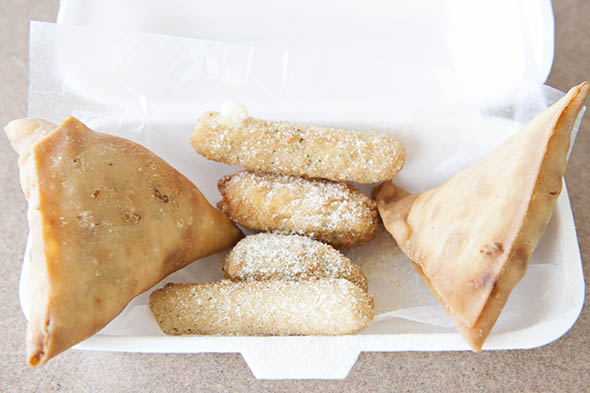 On our visit, we grab some veggie samosas ($1 each) and some mozzarella sticks ($5.99 for six) to snack on. I get the sense a lousy samosa wouldn't last long as a menu option in this neighbourhood, but theirs are more than good enough to escape that fate - a thin, crispy shell surrounds piping-hot roasted potatoes and bits of caramelized onion, all nicely spiced.

The mozza sticks, fresh out of the fryer and filled with hot, chewy cheese, are my first encounter with their signature "lemon pepper" spice - it adds a Ranch dressing-like zip and cuts the grease factor nicely.

The "small" catfish fillet dinner, at $7.99, would easily feed two people. Two large catfish fillets, coated in a light, non-greasy cornmeal batter, crown a massive pile of pale-yellow fries, all dusted with that secret spice. The grainy, mild flavour of the batter offsets the lightly-oily texture and heavy taste of the catfish - this definitely ain't English-style fish and chips. 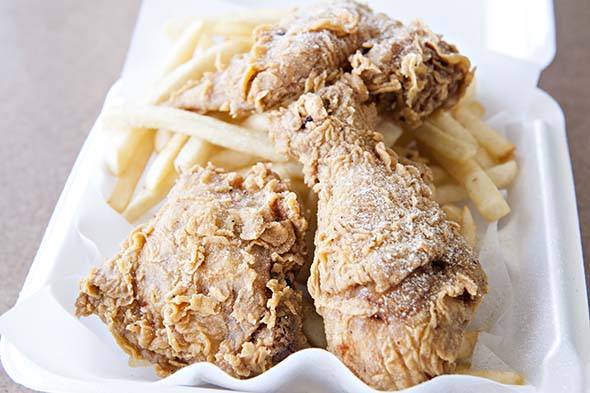 Their small three-piece fried chicken dinner, at $6.99, includes a drumstick, leg, and wing (plus tons and tons of those fries). It releases a glorious cloud of steam when I pull it apart; the batter is thick, golden and crunchy, without being greasy, while the chicken inside stays moist. On the side, there's some mayonnaise-y coleslaw, plus a small ramekin of their Louisiana hot sauce, which offers a sweet, bright heat. 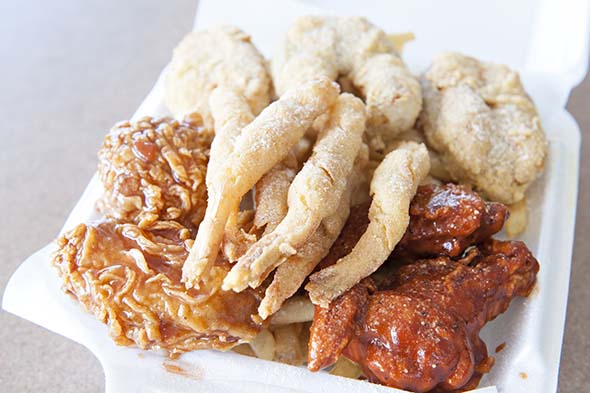 The indecisive (or the very hungry, or those feeding a small army) can go for a combo dinner; pick two choices from a list of all their fried foodstuffs for $10.99, or get three for $13.99. Nader builds us a plate that includes two catfish steaks, four wings (two buffalo and two honey BBQ), and five fried medium shrimp.

The cornmeal-fried shrimp are heavily battered, creating an almost corndog-like coating, while the wings also employ the same mega-thick, cornflake-like batter as its larger fried counterparts. The honey BBQ is reminiscent of a super-sweet plum sauce with slightly more kick, while the bright-red Buffalo sauce has a nice zing (seems like some of that hot sauce made it in). 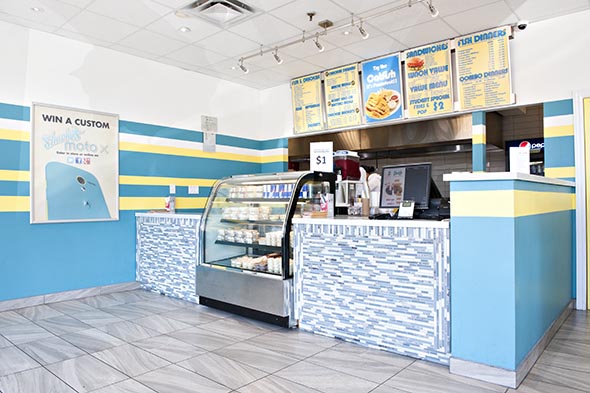 For dessert, there's takeout-friendly sweets like pudding cups and multi-layered cheesecakes and carrot cakes in individual portions - and if you've got a hankering for the kind of soda you can only find in the U.S., they've got pineapple and strawberry Crush and Tahitian Treat to wash it all down. 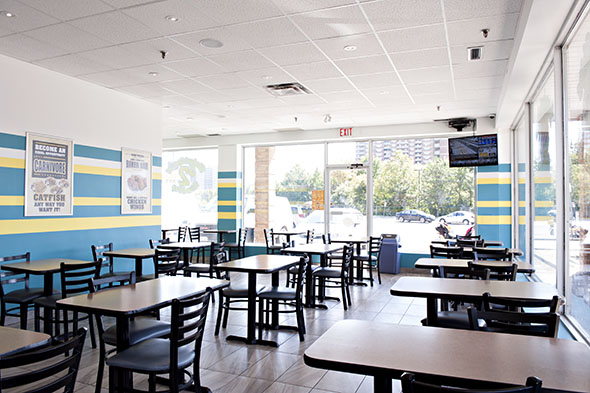 Sharky's is open 11am-11pm all week long; on Fridays and Saturdays, they stay open until 11pm. (Just a heads up: The student rush lasts until about 12:30pm on weekdays.) 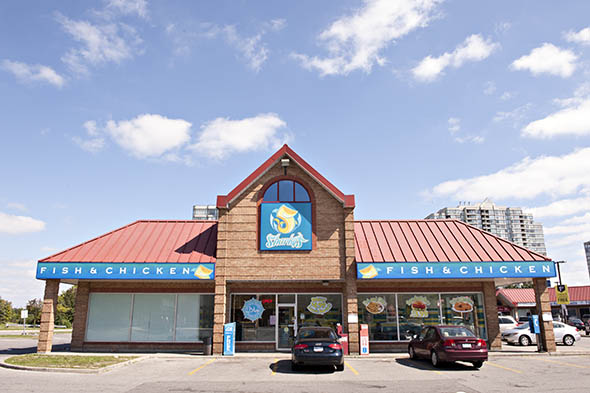