Seoul Shakers is currently open but their offerings and services may be affected due to the pandemic. Please contact the business directly for more information about any changes. Is this your business? Please contact us if you would like to update this message.

Seoul Shakers has transformed what used to be Holy Oak into a moody restaurant and bar. 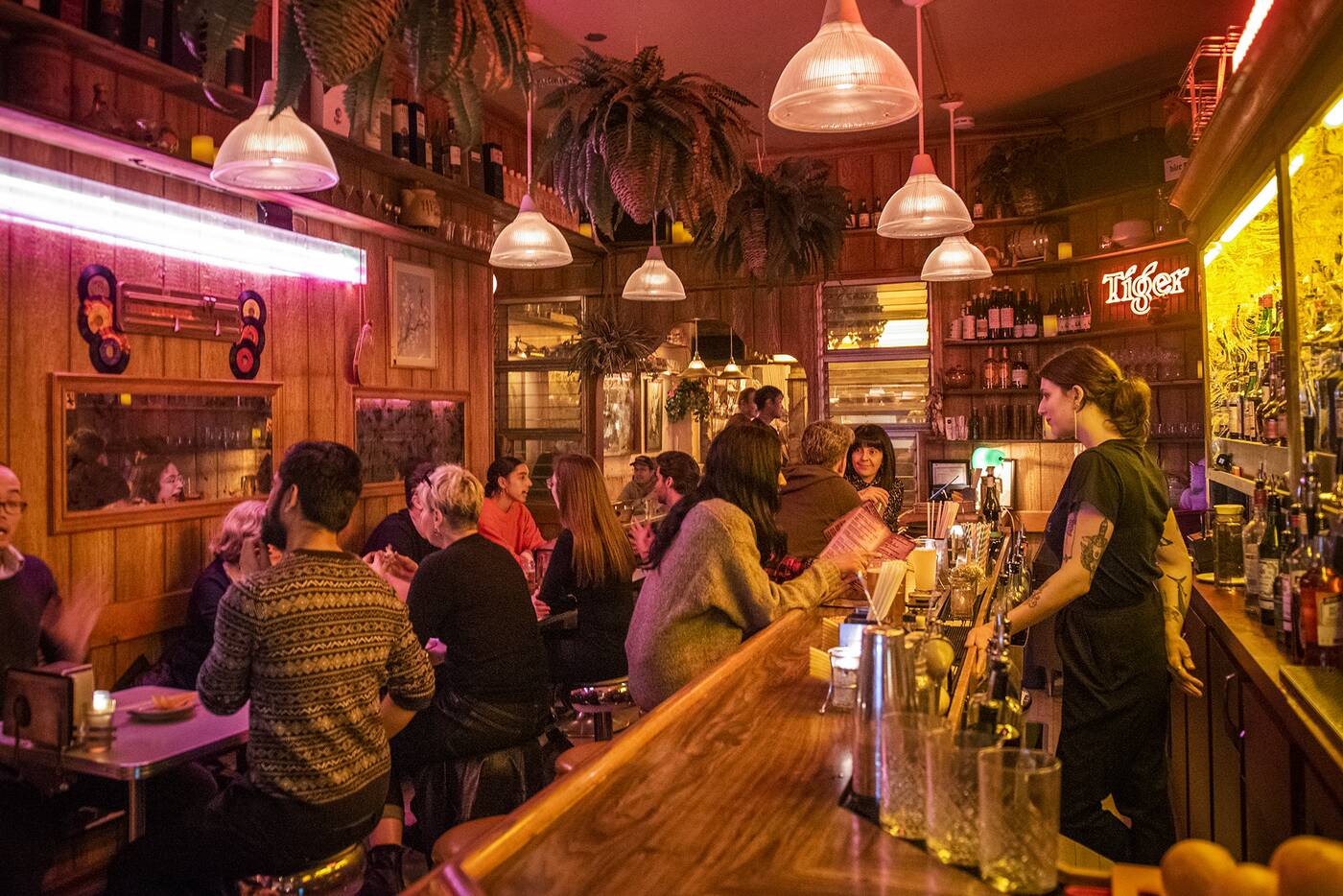 True to its name, the menu of sharing plates shakes up iconic Korean dishes and flavour profiles. 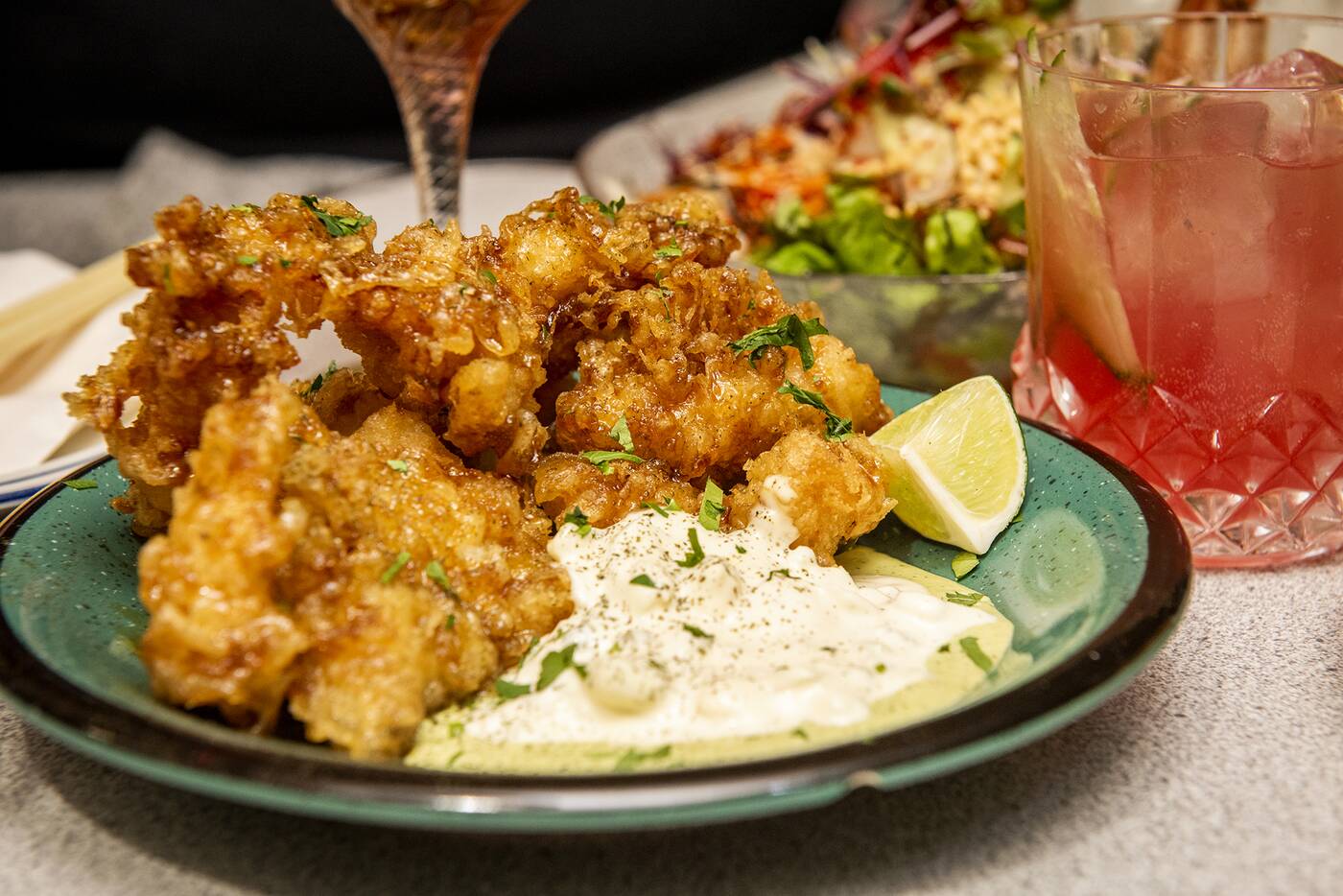 Tempura salt cod ($10) sees rich fish enrobed in a light and crunchy batter atop a triad of sauces: a more traditional but chunky tartar sauce, a green sauce of mint, lime and cilantro, and a sticky sweet nanban sauce. 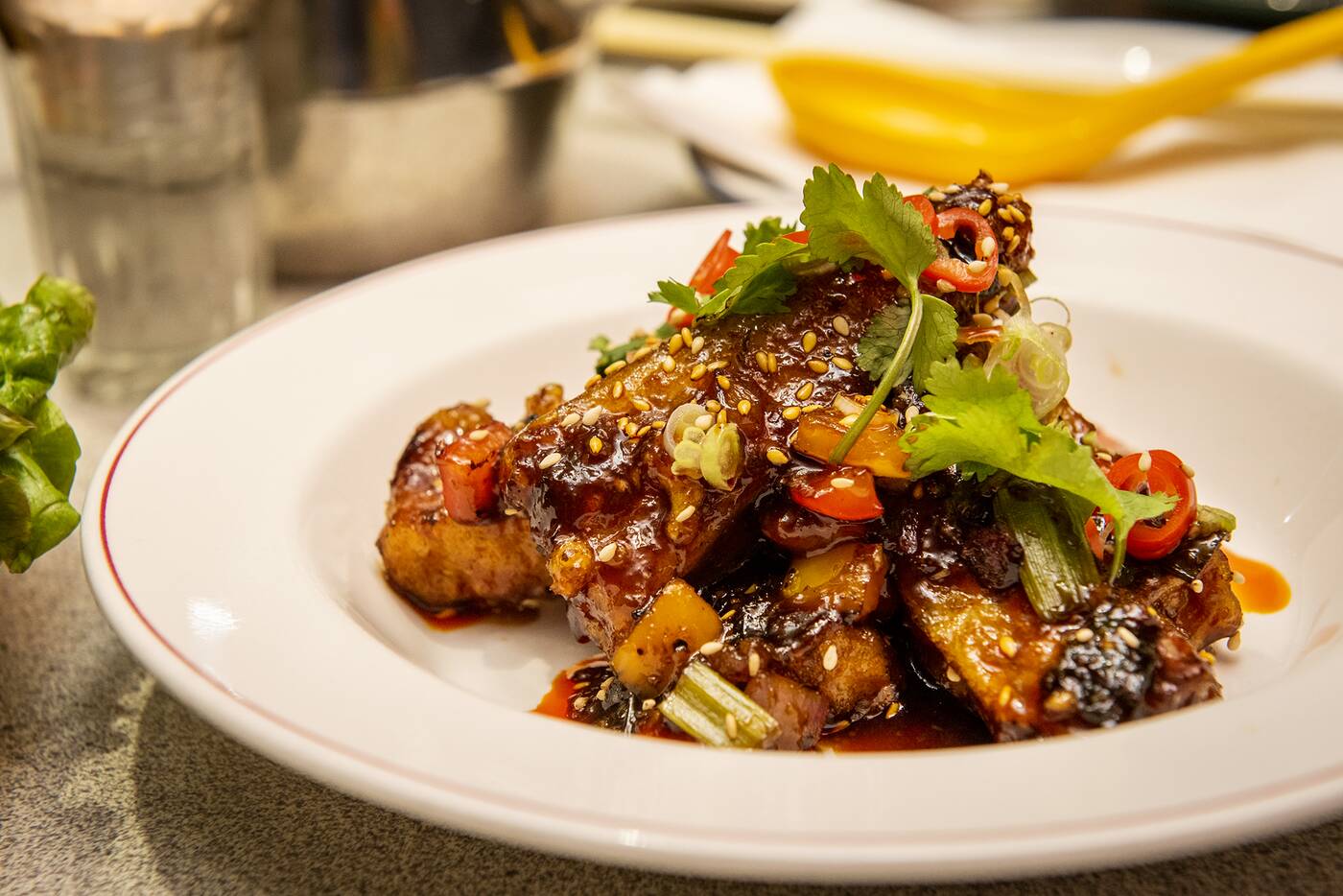 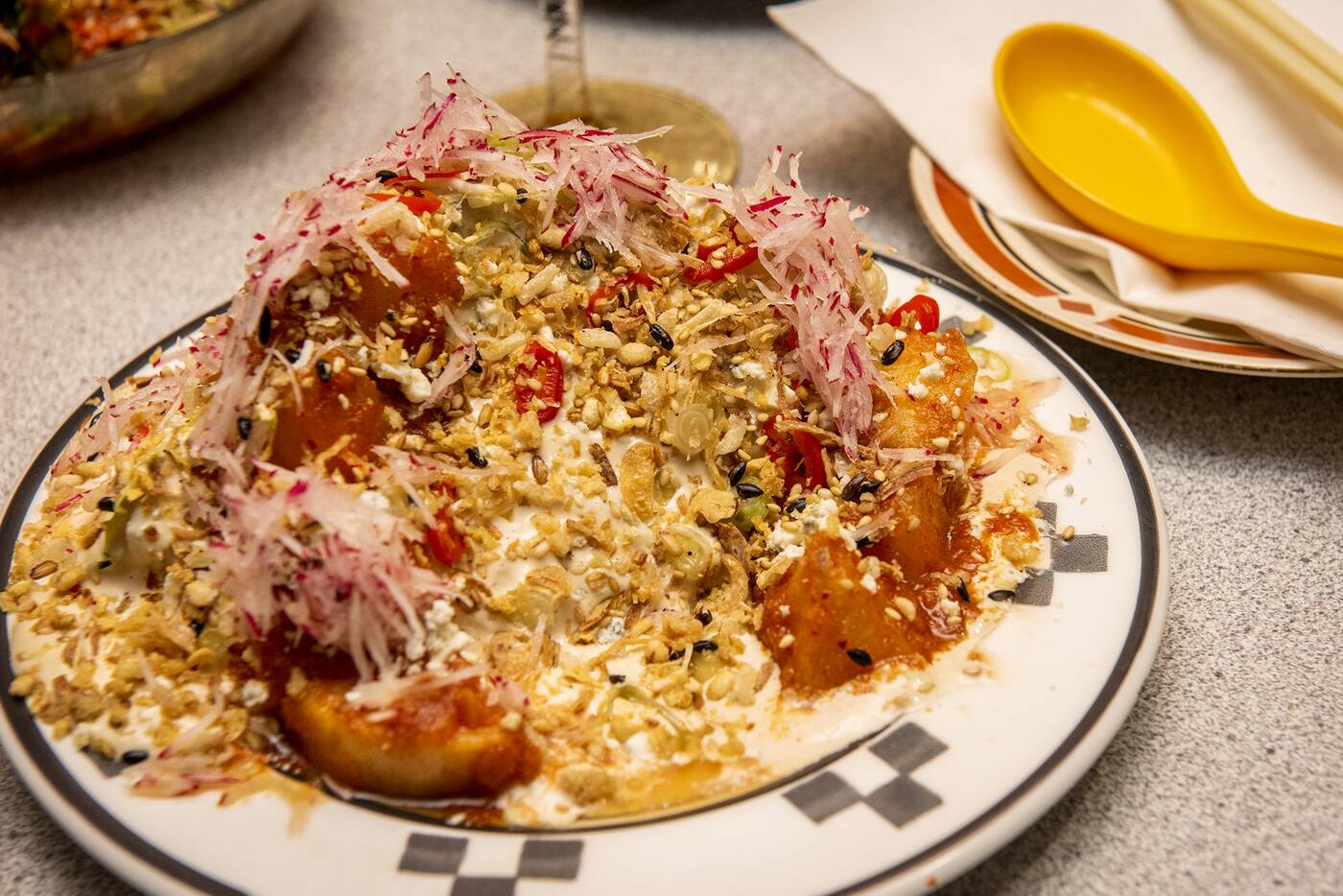 A kimchi pear wedge salad ($10) feels like a successful round of Cutthroat Kitchen: it totally reminds me of a classic wedge salad, but Korean influence is written all over it. It features fermented but still crisp Korean pear, stilton, a ginger onion dressing, roasted brown rice and pickled chilis smother iceberg, sectioned for eating with chopsticks. 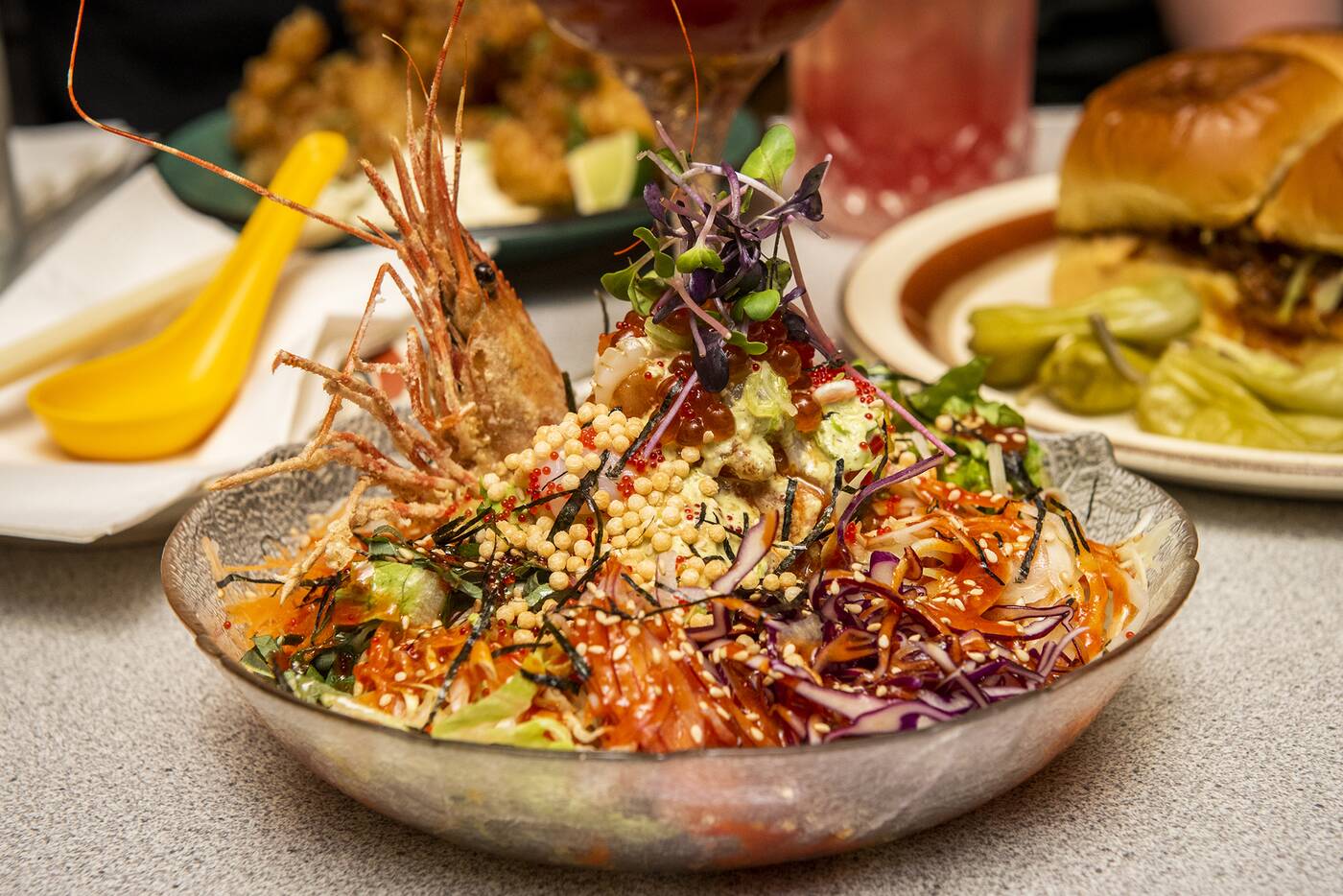 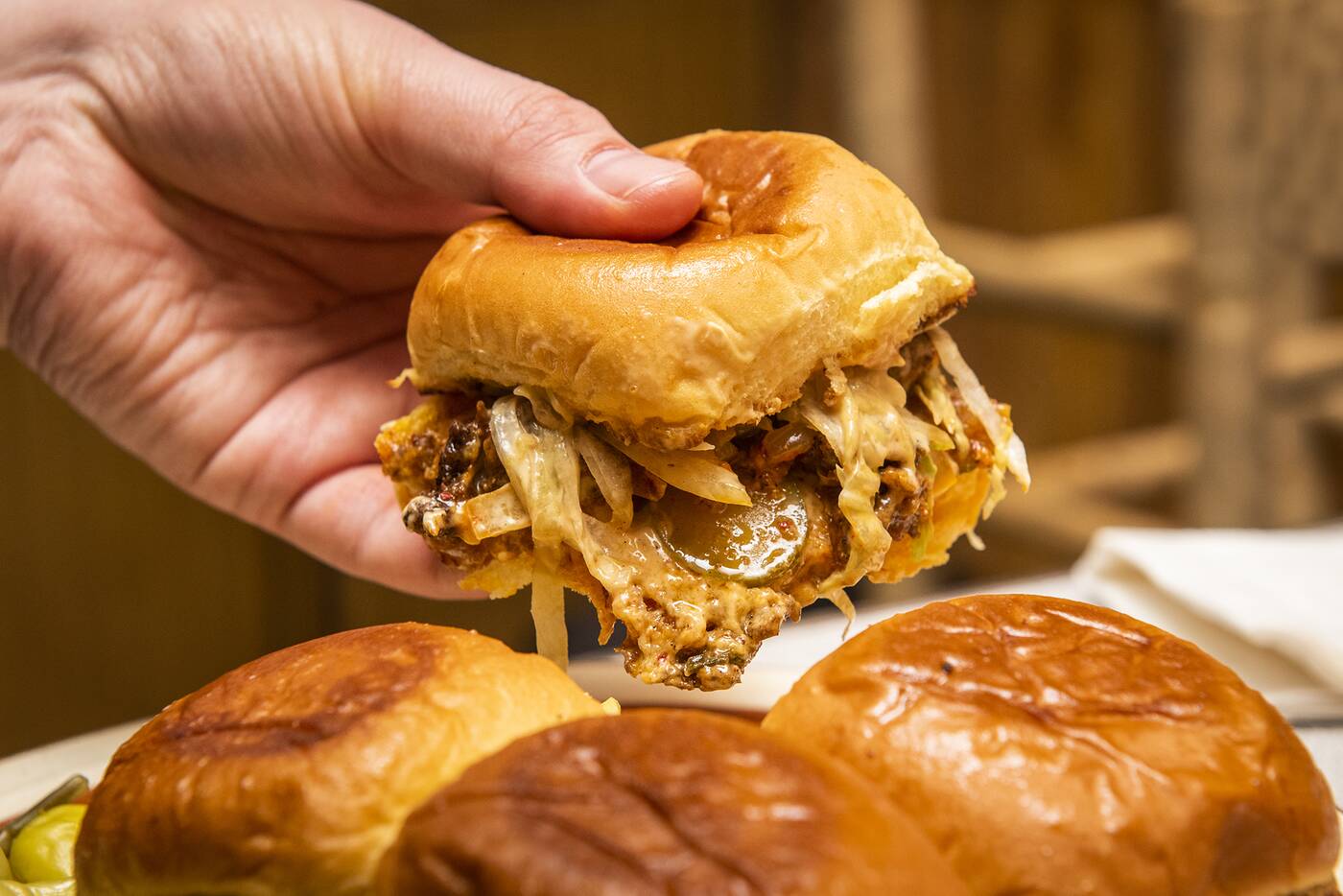 The roast kimchi chopped cheese stars, $15 for a “biggie” size that’s essentially equivalent to four sliders, $8 for a “smalls” of two. My favourite part is how the squishy yellow buns are connected so you have to pull apart the sandwiches loaded with chopped ground beef, roasted kimchi, pickles, lettuce, cheese and a tangy special sauce. 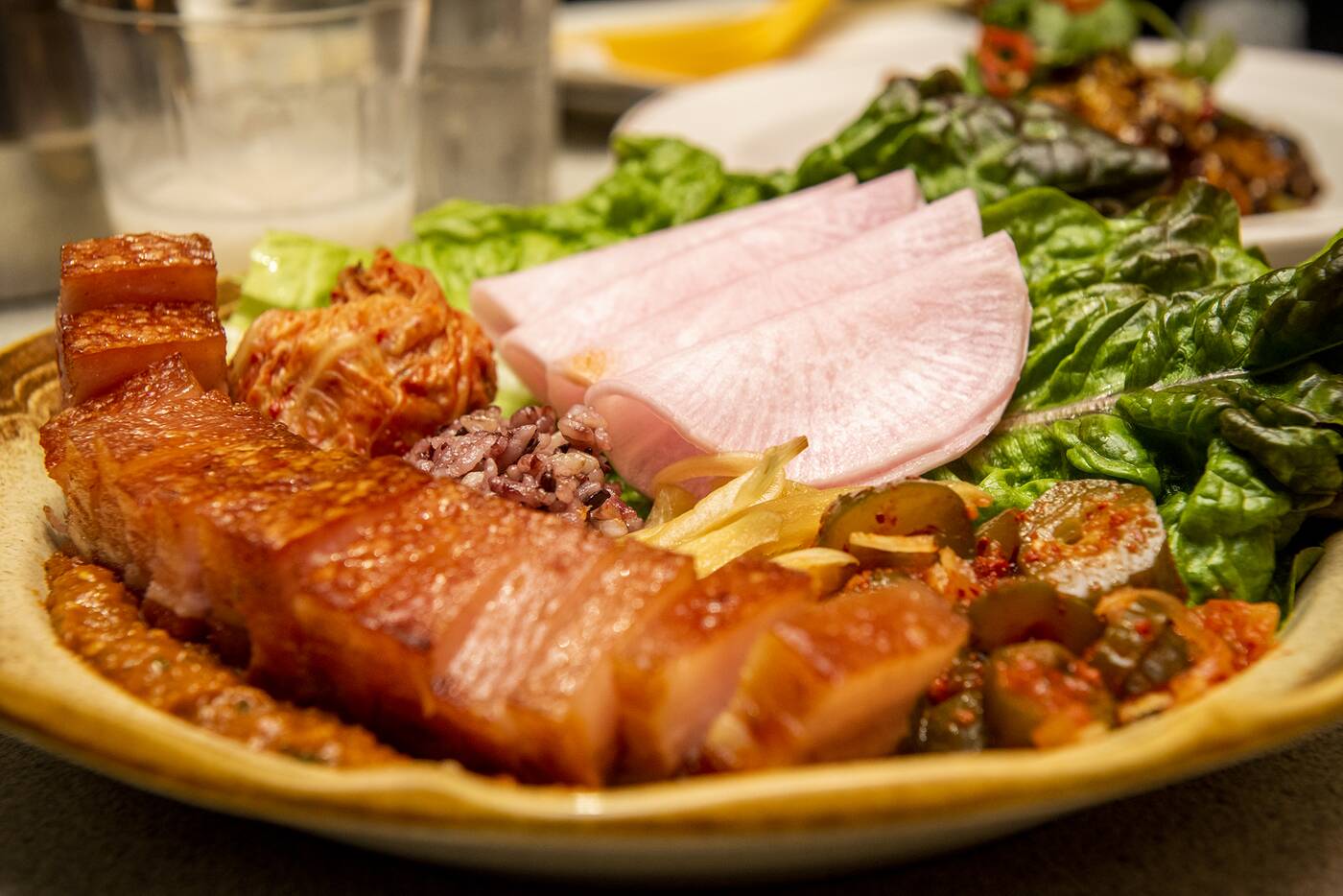 Pork belly steak ssam ($25) takes a traditional lettuce wrap meal to the next level, pork belly brined with ginger, garlic and brown sugar, then cooked sous vide and finished on the flat top for melty, pearly meat and a crispy skin. 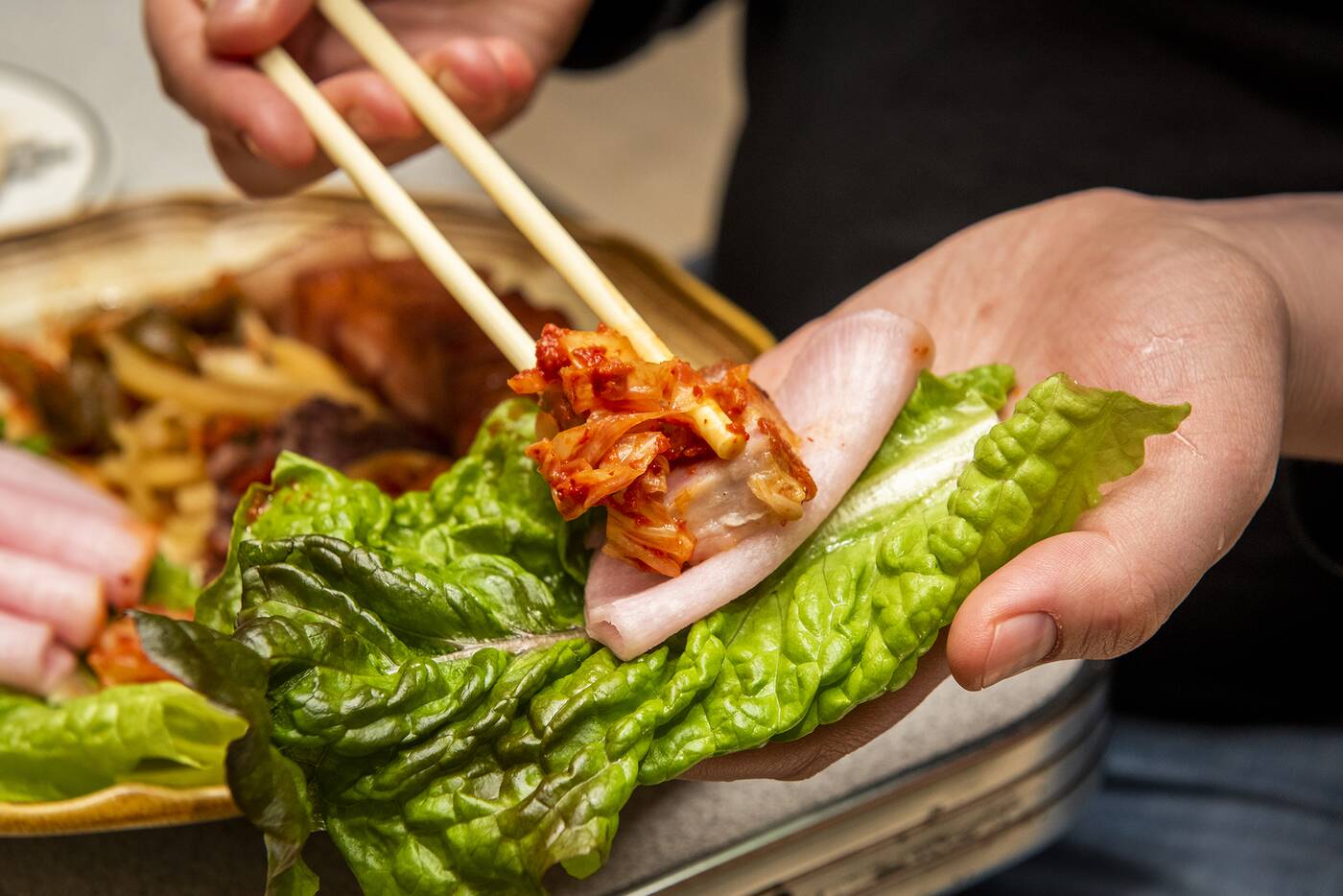 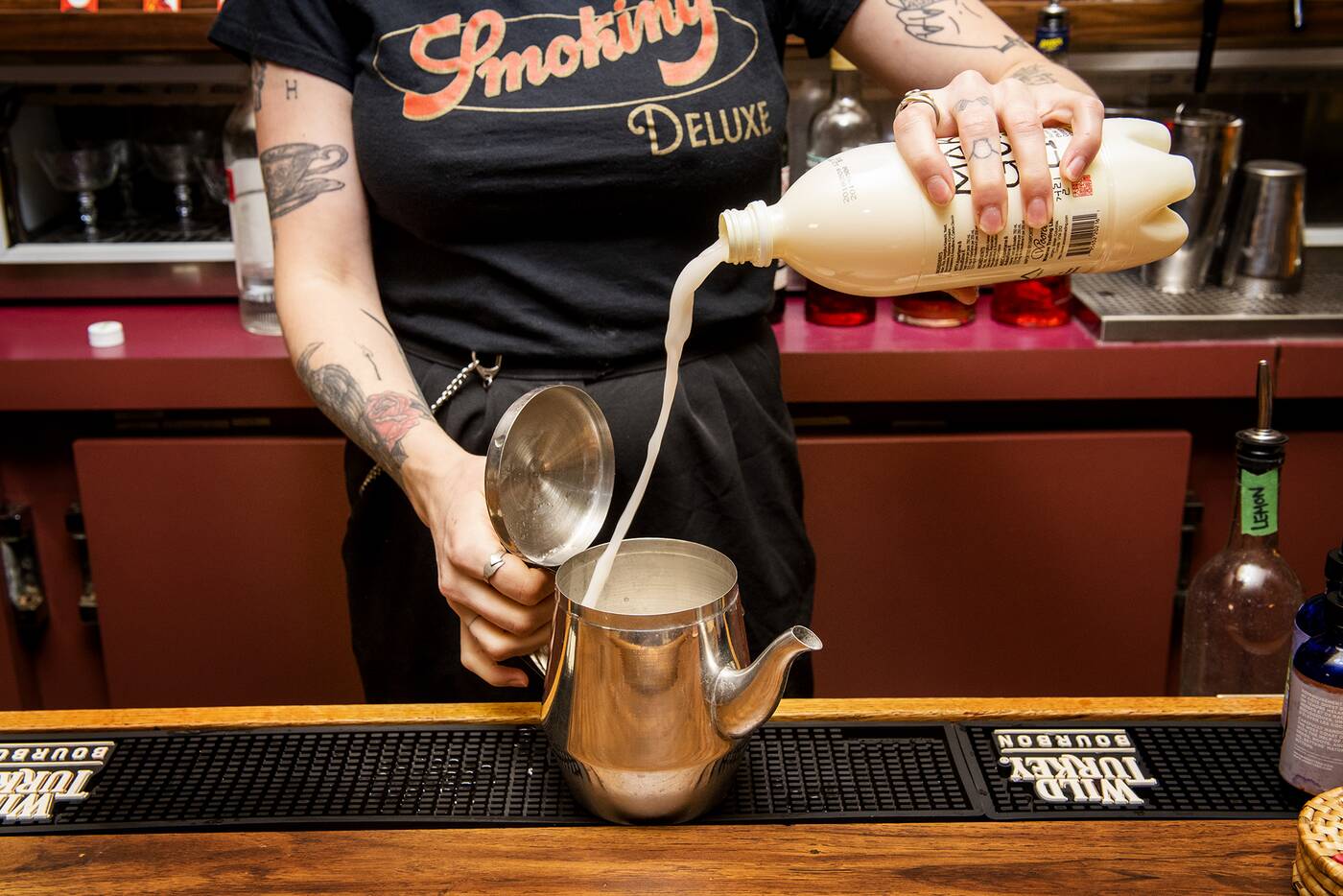 House makgeolli comes in a metal teapot whether ordered for two ($24) or four ($38), a potent combination of Korean rice wine, Dillon’s peach schnapps, tequila and lime that goes down almost too easy. 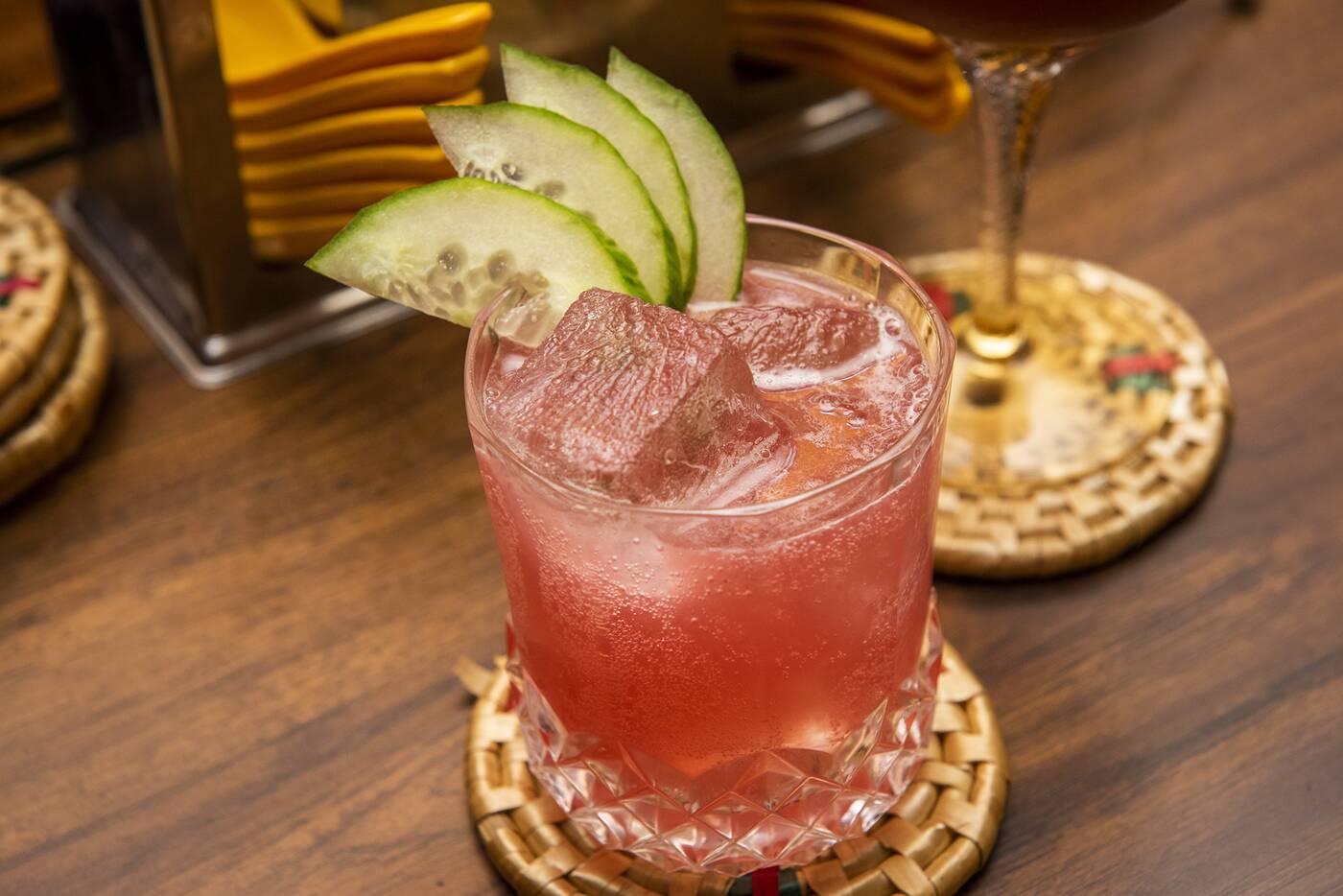 The Fino Berry ($13) has a similar effect, cucumber bitters and pomegranate combining with Tio Pepe, Dillon’s 22 gin and lemon for a one-two punch of flavour. 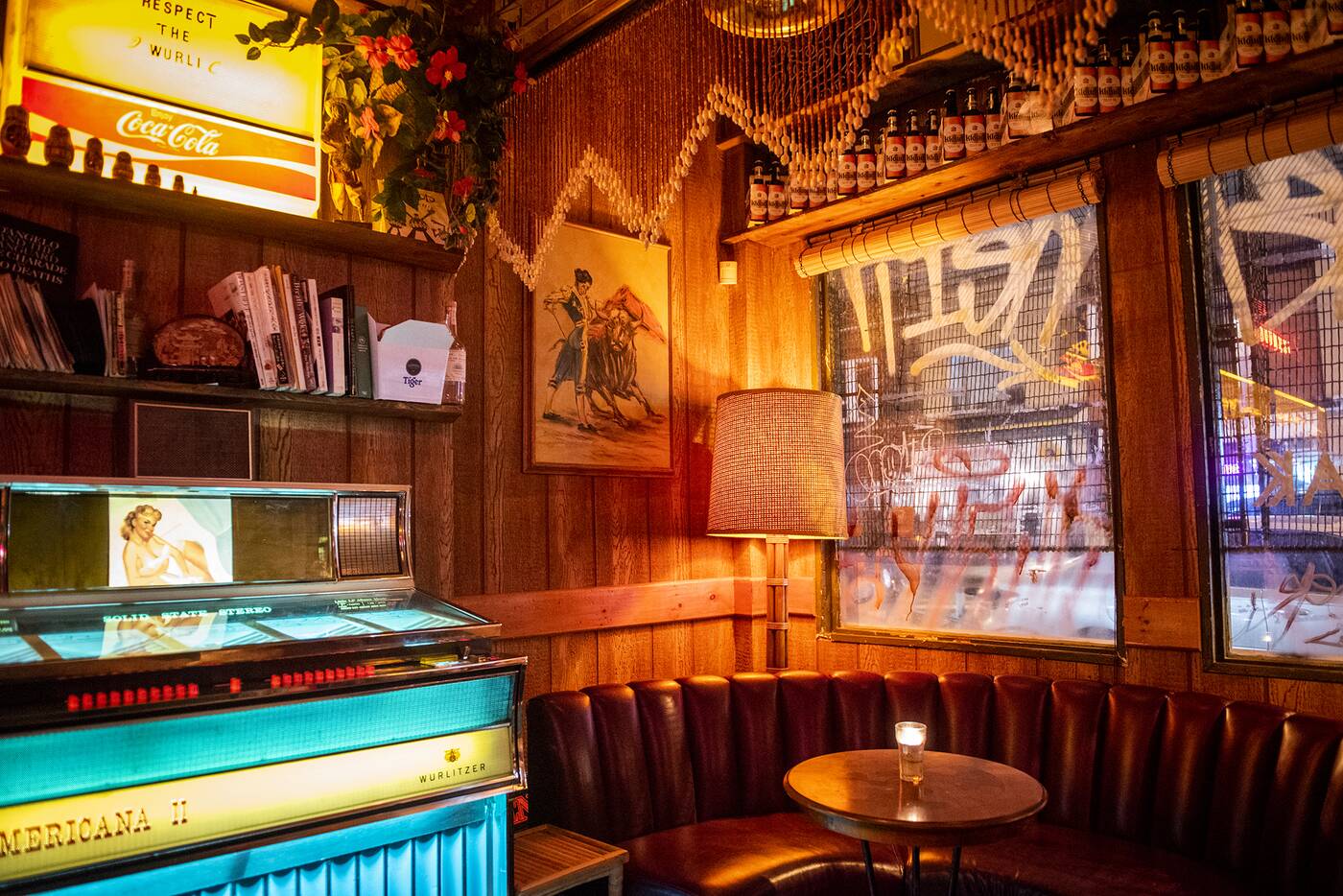 The vibe is similar to that of owner Leemo Han’s other projects like Hanmoto, Pinky’s Ca Phe and Cold Tea, not only in terms of the food but also the dim lighting, jungle-like collection of hanging houseplants, neon, kitsch and informal stools. 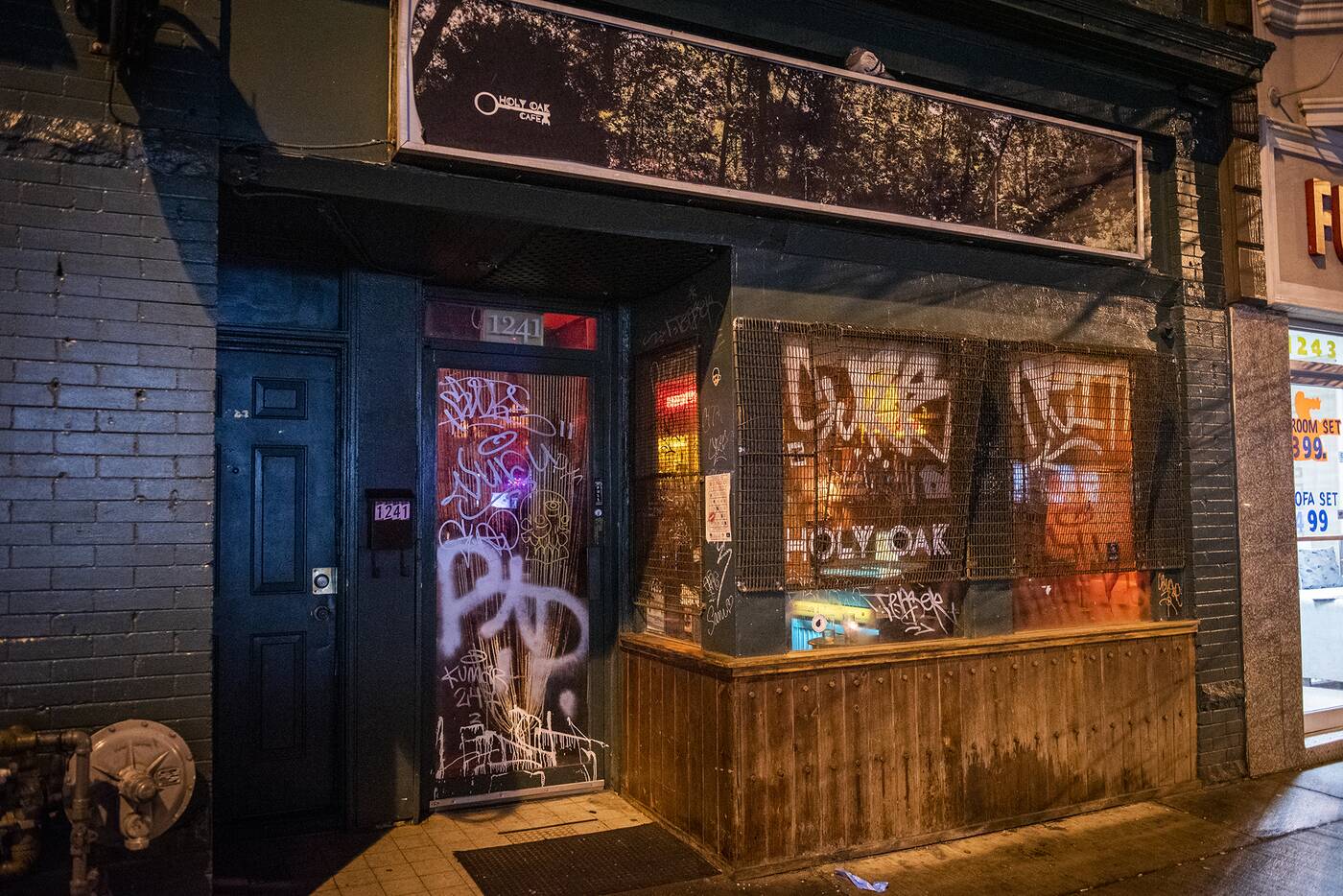