Selva is a glow-in-the-dark jungle-themed restaurant serving cocktails and a menu of South American eats by Chef Nuit Regular.

This luminescent extravaganza, which takes over the basement of The Fifth Social Club, sits somewhere between laser tag and Rainforest Cafe. 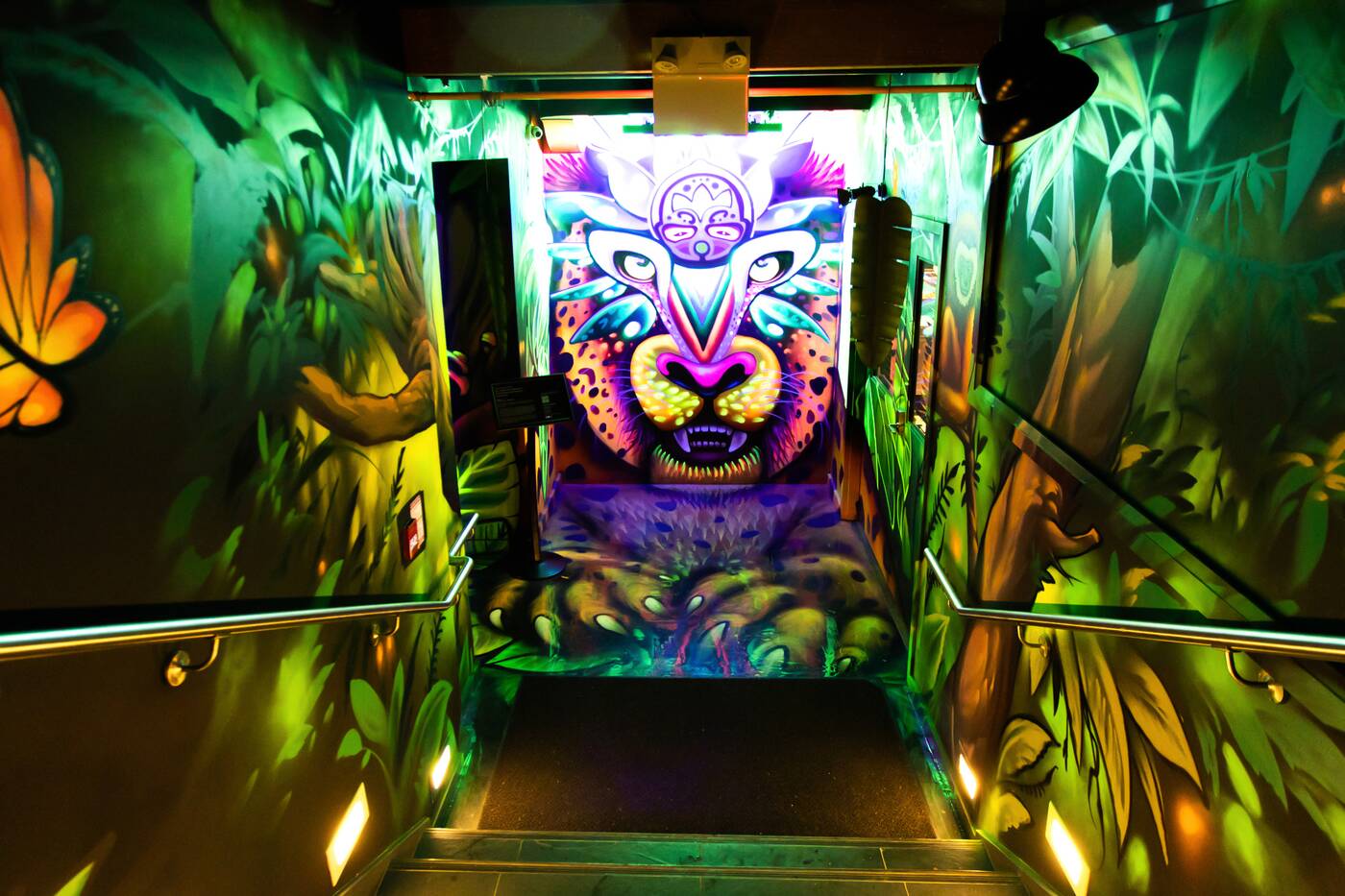 What used to be the Fifth’s unremarkable lower-level pub has been transformed by a deluge of floor-to-ceiling artwork by Clandestinos Art, comprised of husband-and-wife team Bruno Smoky and Shalak Attack. 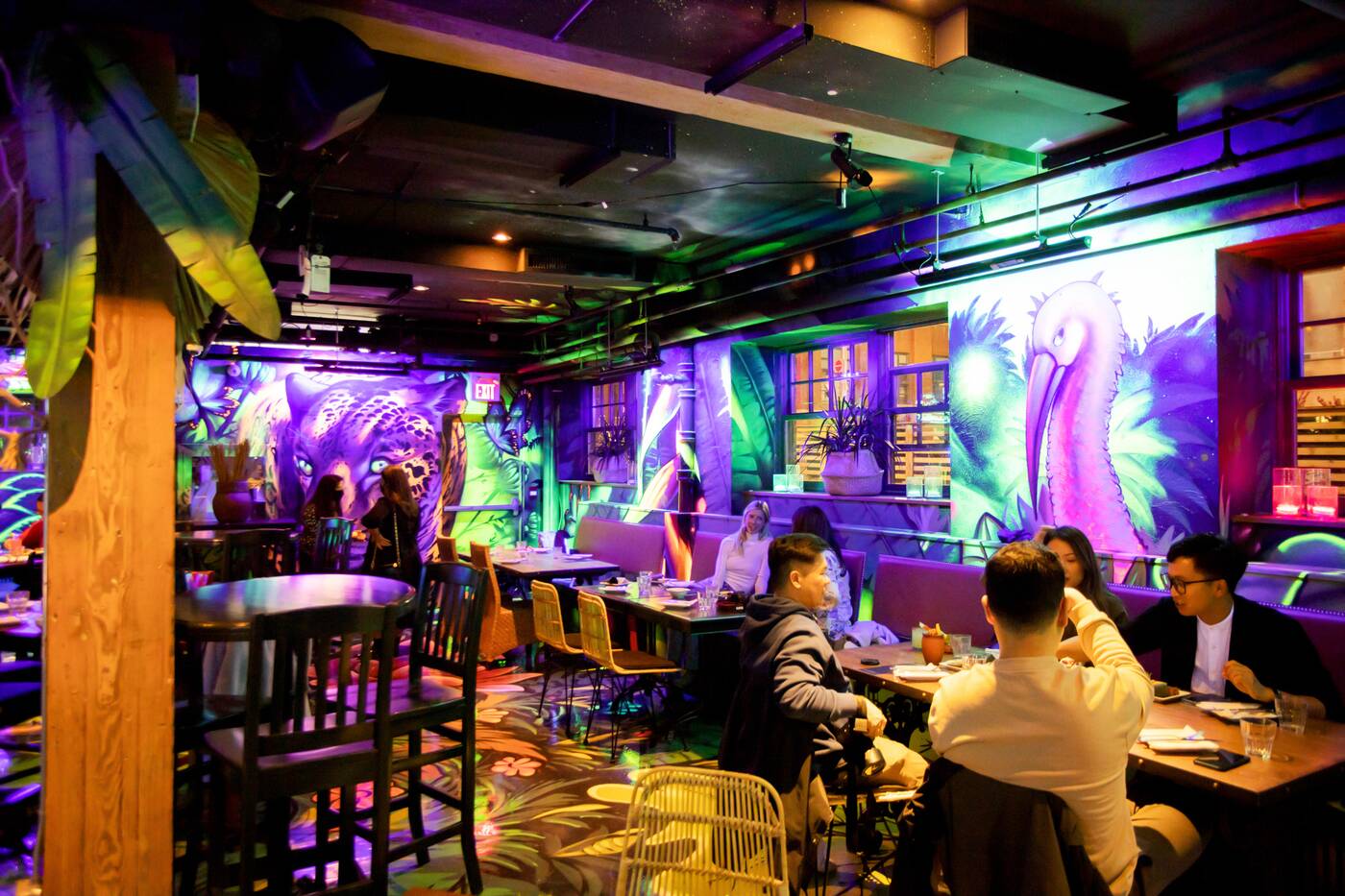 After a successful summer of technicolour patio fun at RendezViews (a collab with neighbour The Ballroom), The Fifth’s owner Oliver Gedde continues the escapist M.O. with an indoor getaway that can be visited year-round. 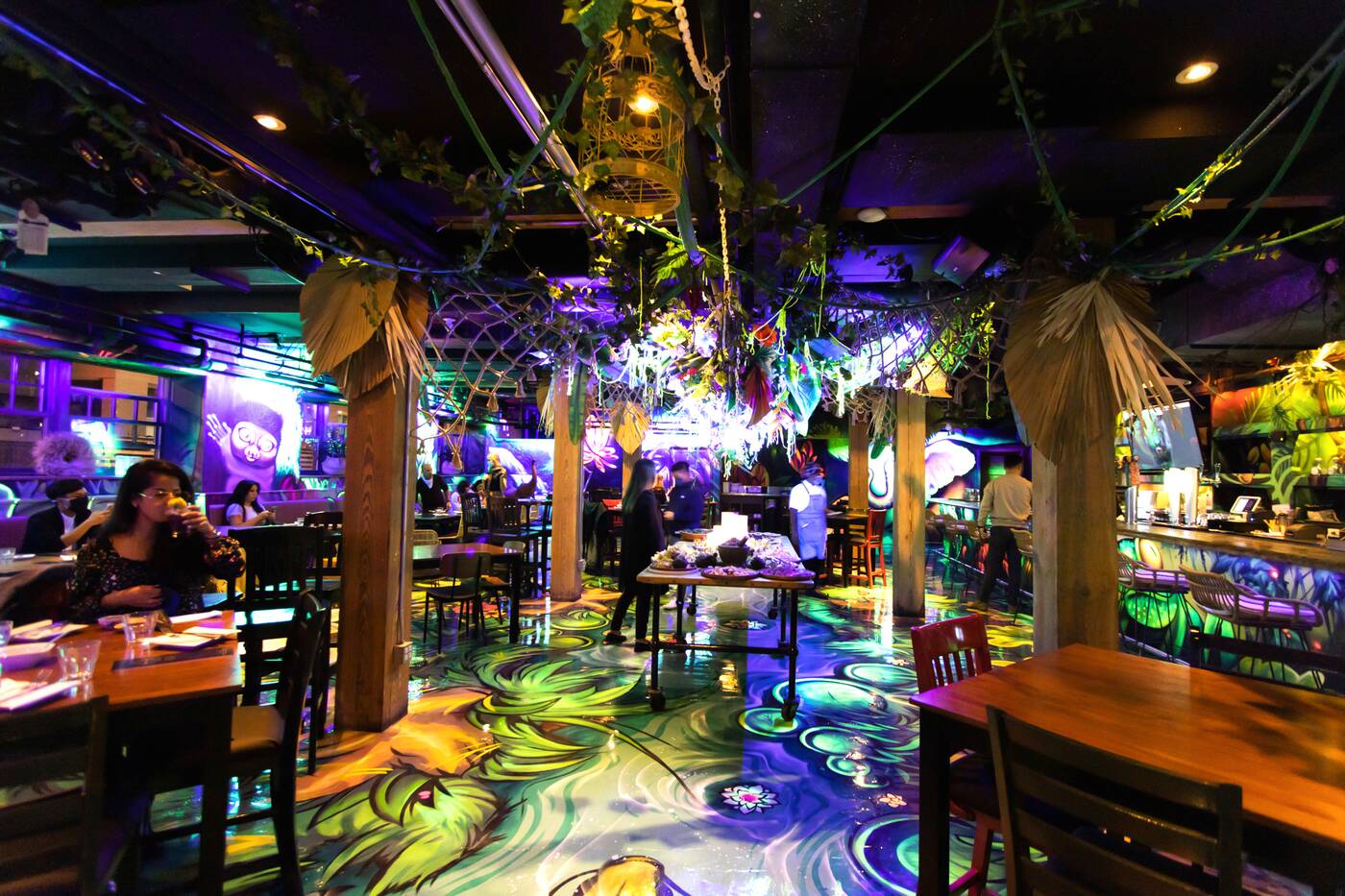 The result is a trippy black light-lit venue complete with 3D neon-eyed aye-ayes and ayahuasca apparitions of lions and tigers.

It’s certainly photogenic, but the space falls a little flat during dinner service thanks to lights that need to stay on during meal time. It's G-rated minus the immersive frills of animal sound effects and robotic hippos from childhood. 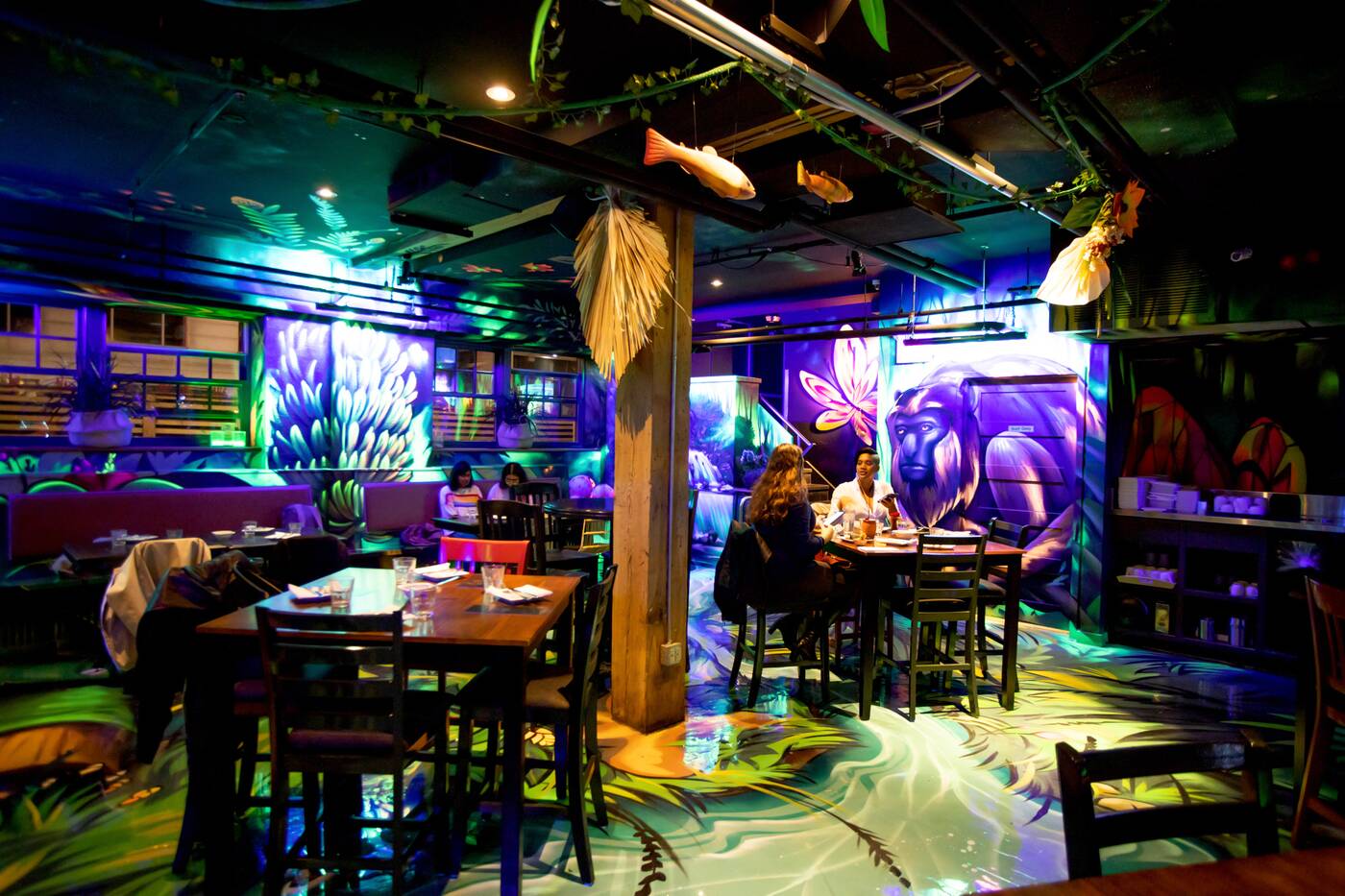 Apparently Selva leans into the low-lit, cocktail atmosphere after that. I'd suggest coming then to really enjoy the artwork if it didn't mean missing out on Chef Regular’s delicious dinner dishes. 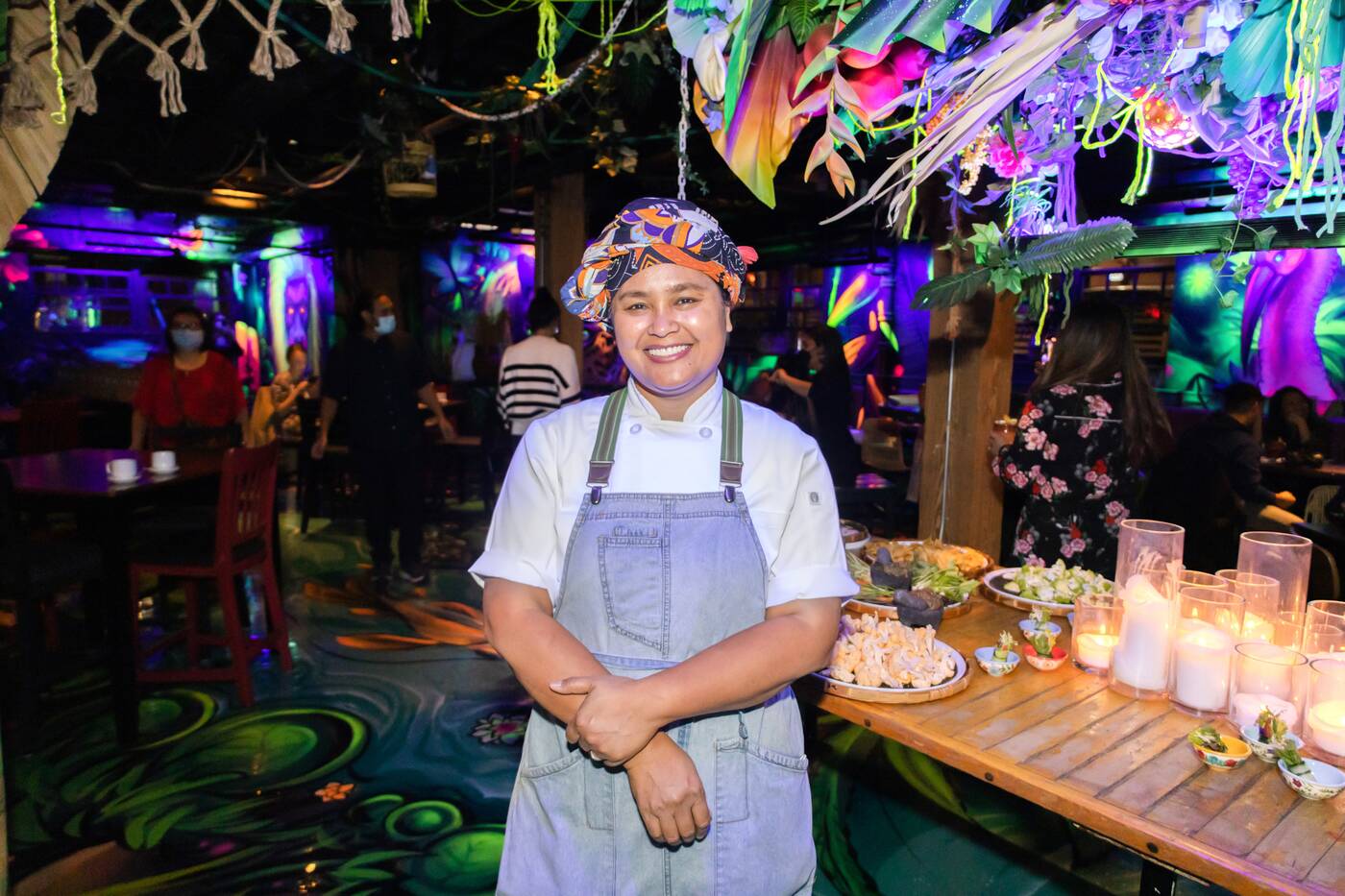 The chef behind PAI, Sabai Sabai and Kiin has come up with an extensive menu that bridges some elements of Thai cuisine with South American cooking.

Expect lots of limes, coconut, a signature red pepper sauce and some keto and gluten-free options (a shoutout to her husband Jeff.) 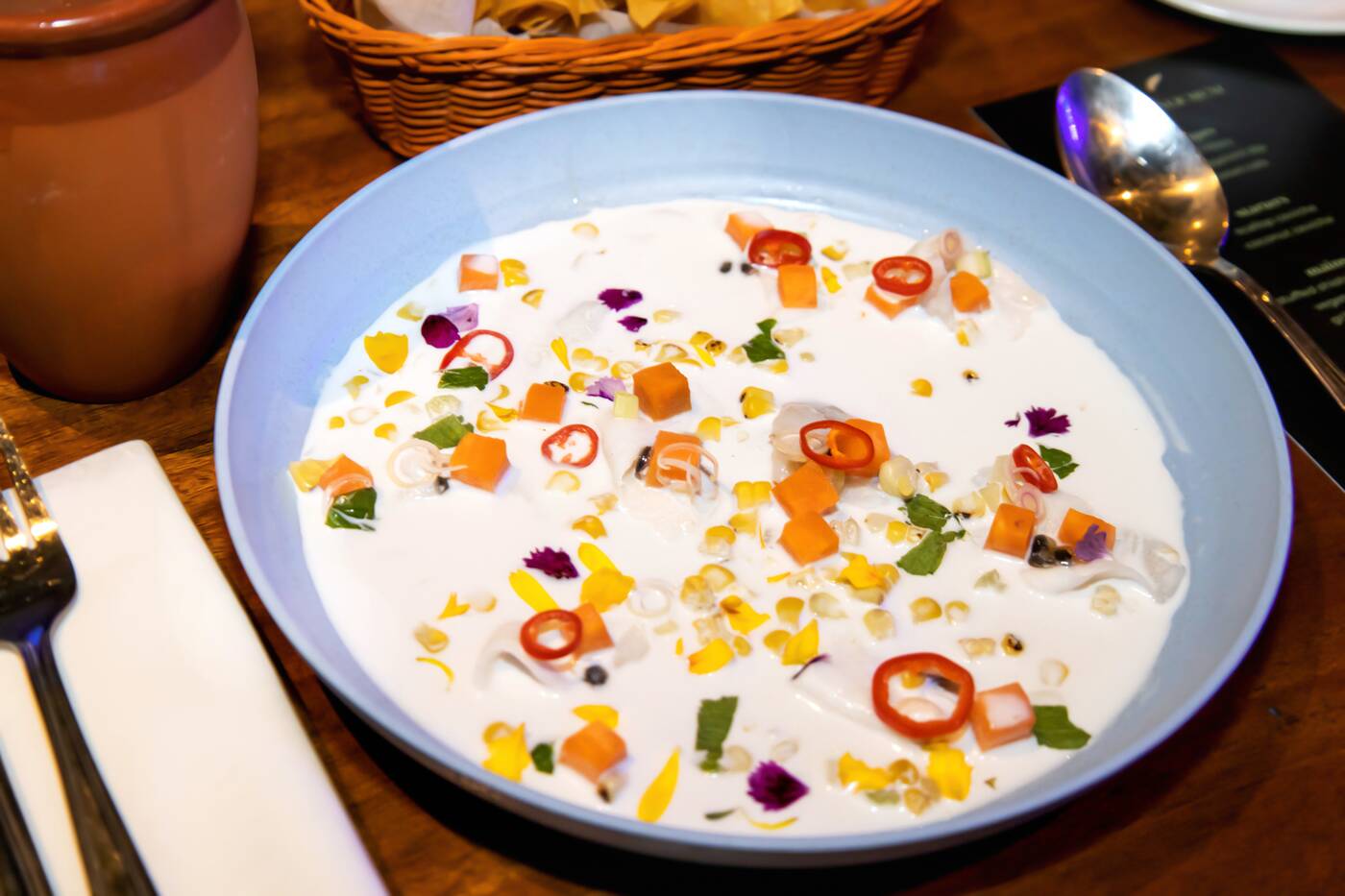 The ceviches ($18 each) showcase some outstanding combinations of ingredients. The version with strips of fresh young coconut incorporates red serrano chili mint and edible flowers. 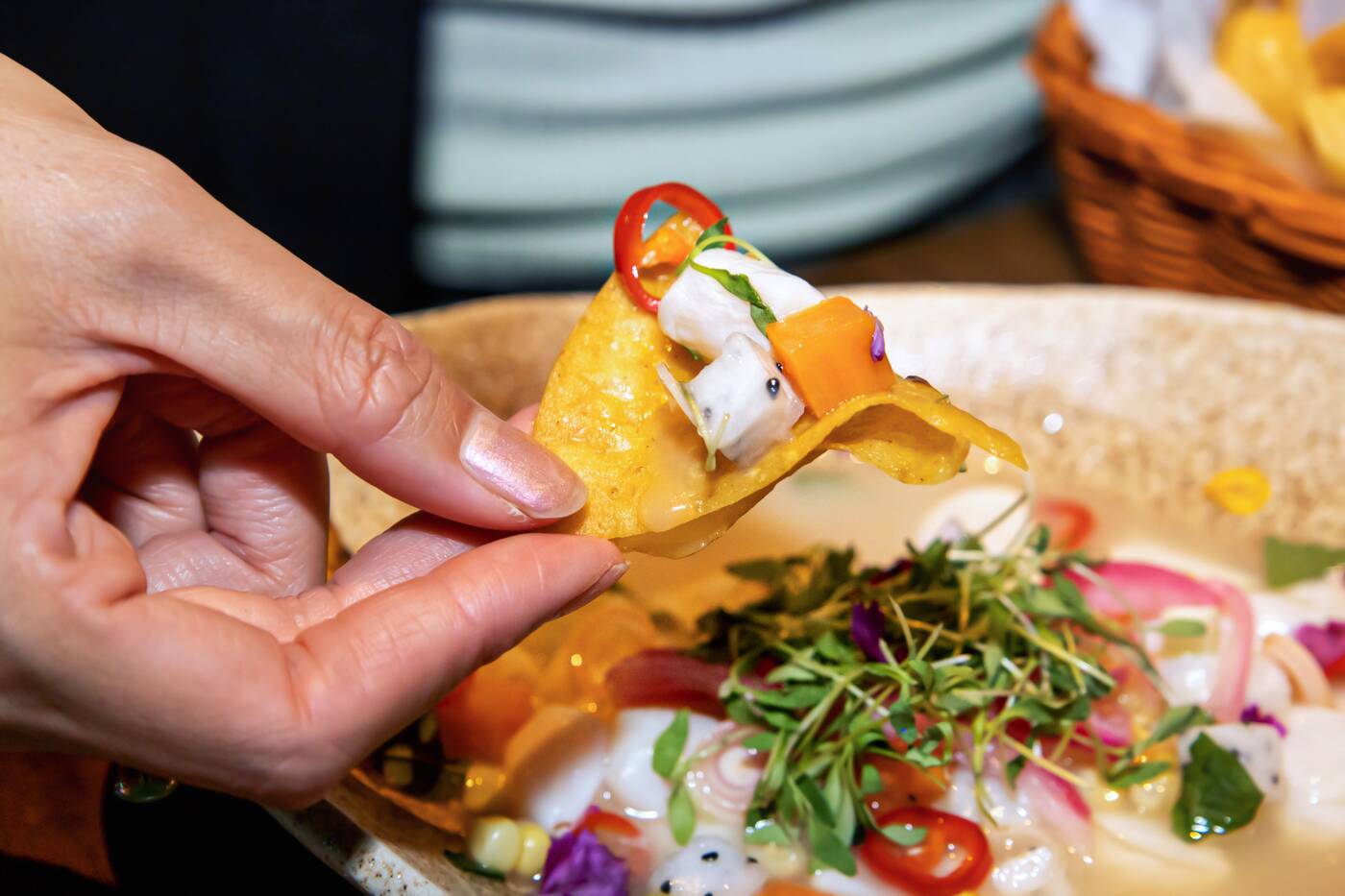 The Alaskan sole ceviche has grilled corn and fish roe. Both use magrud lime, passion fruit and are served with tortilla chips. 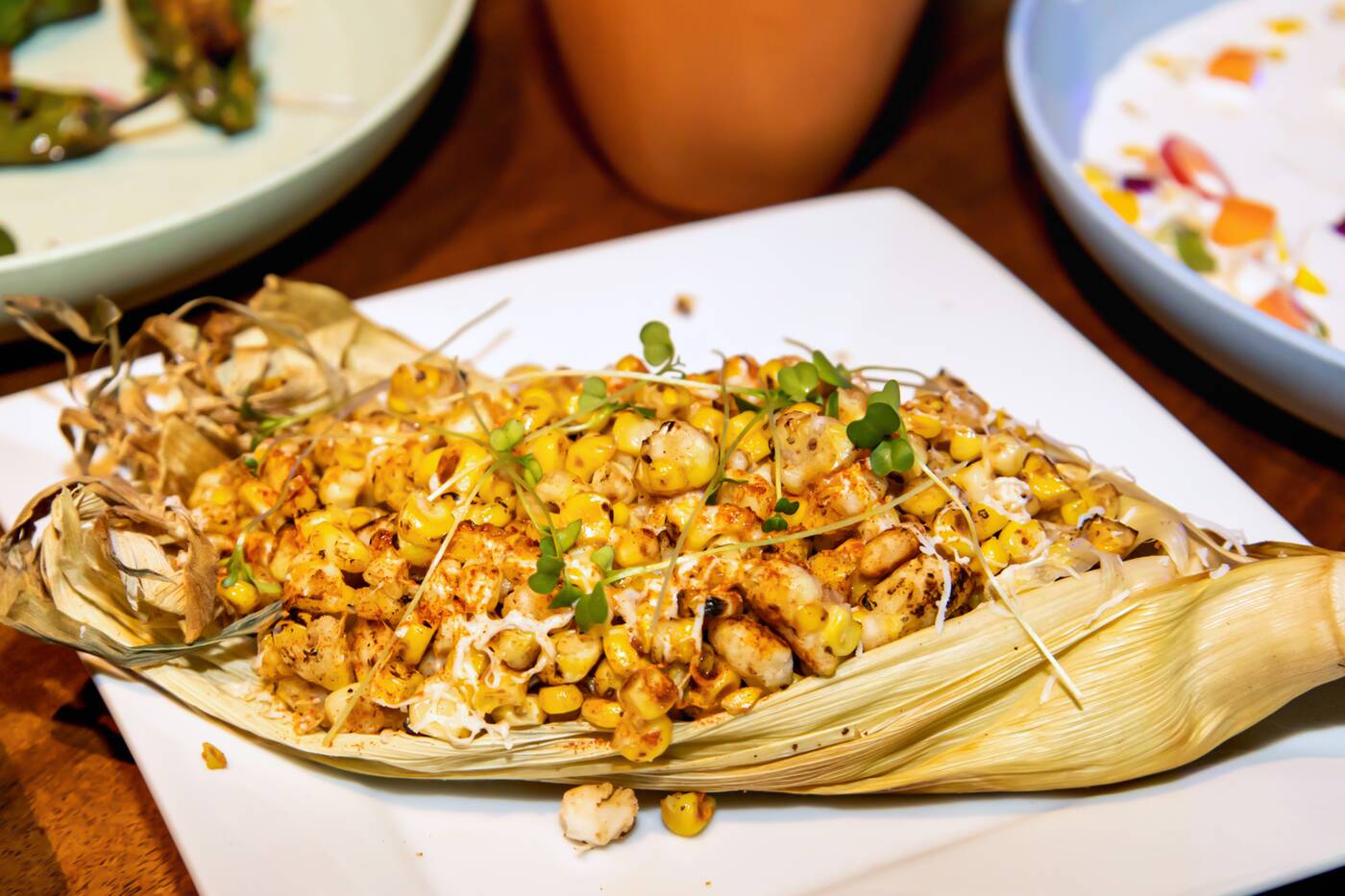 Grilled corn ($15) is served in the husk with cotija, coconut butter, paprika and coriander. 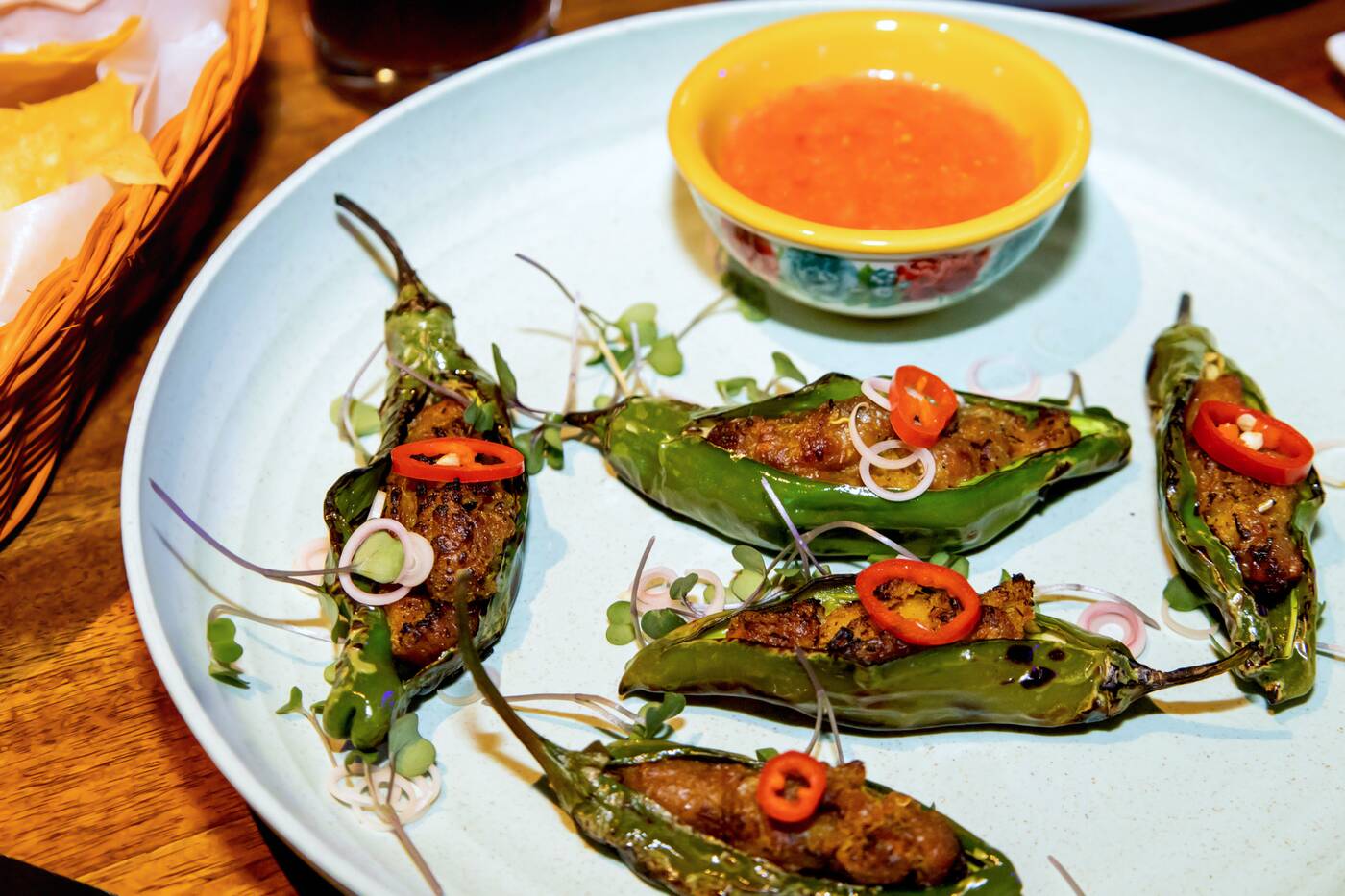 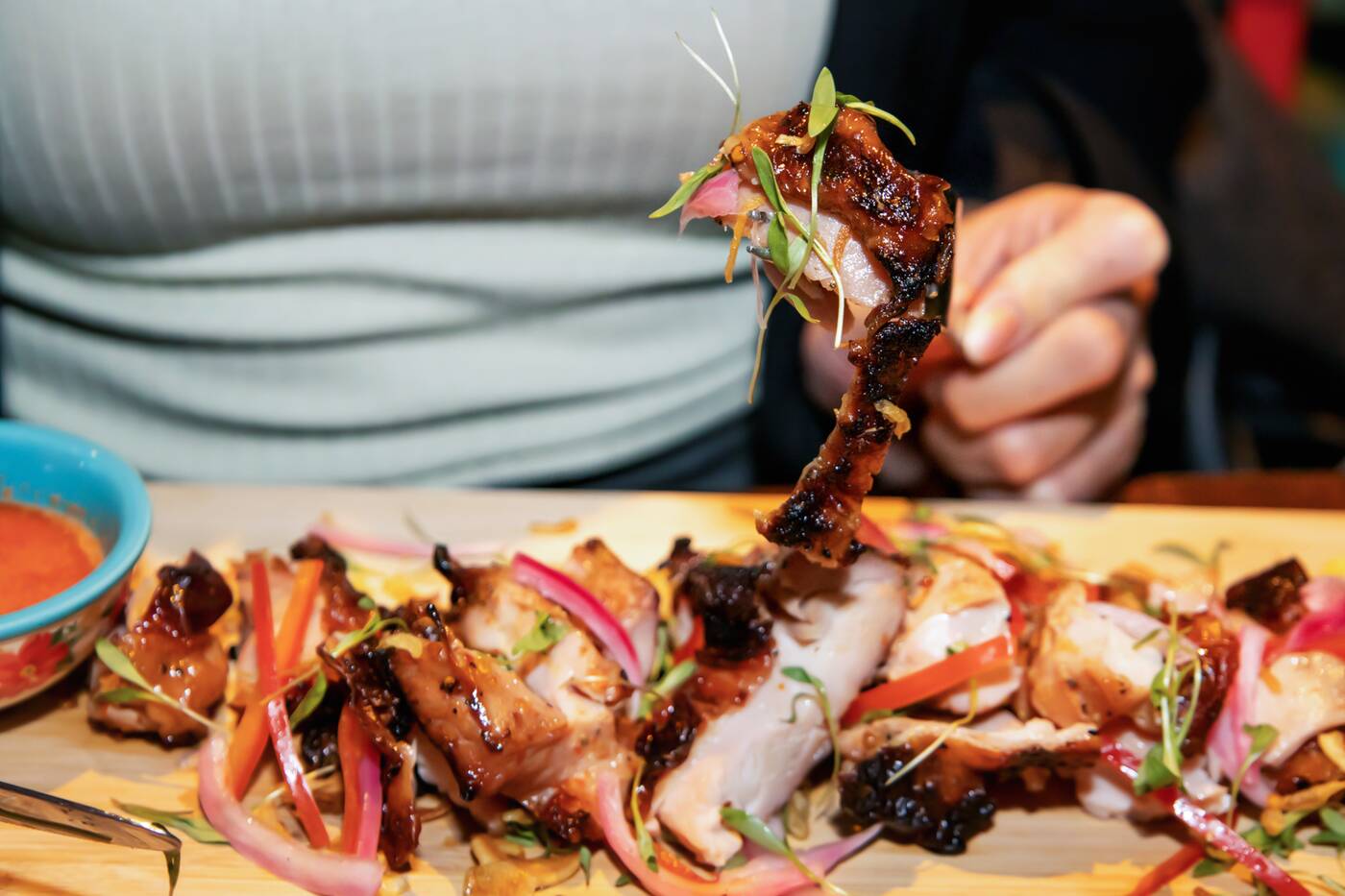 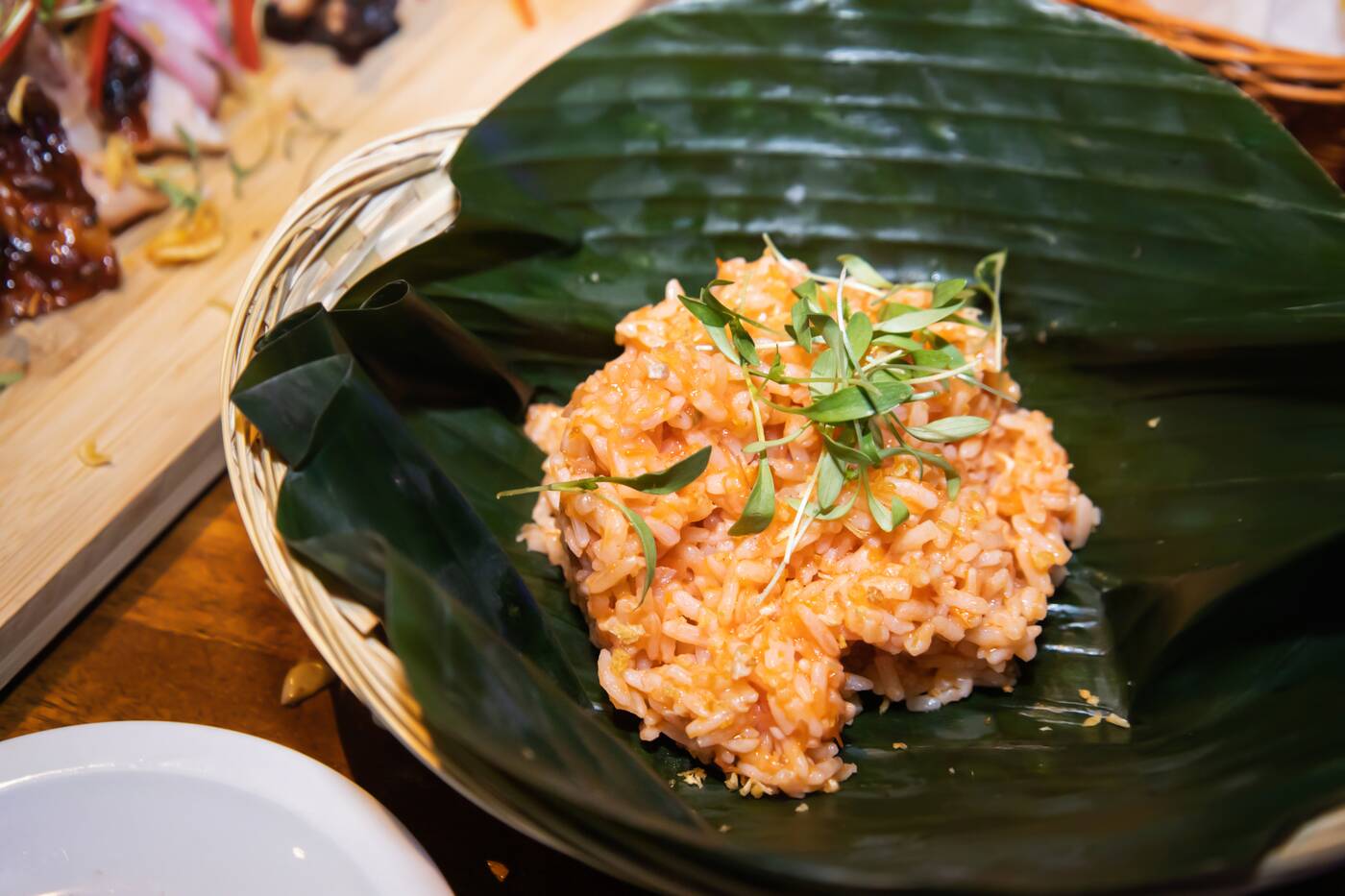 A small portion of tomato rice ($7) is garlicky and to die for. It’s made with a special variety of Thai rice that’s low in sugar. 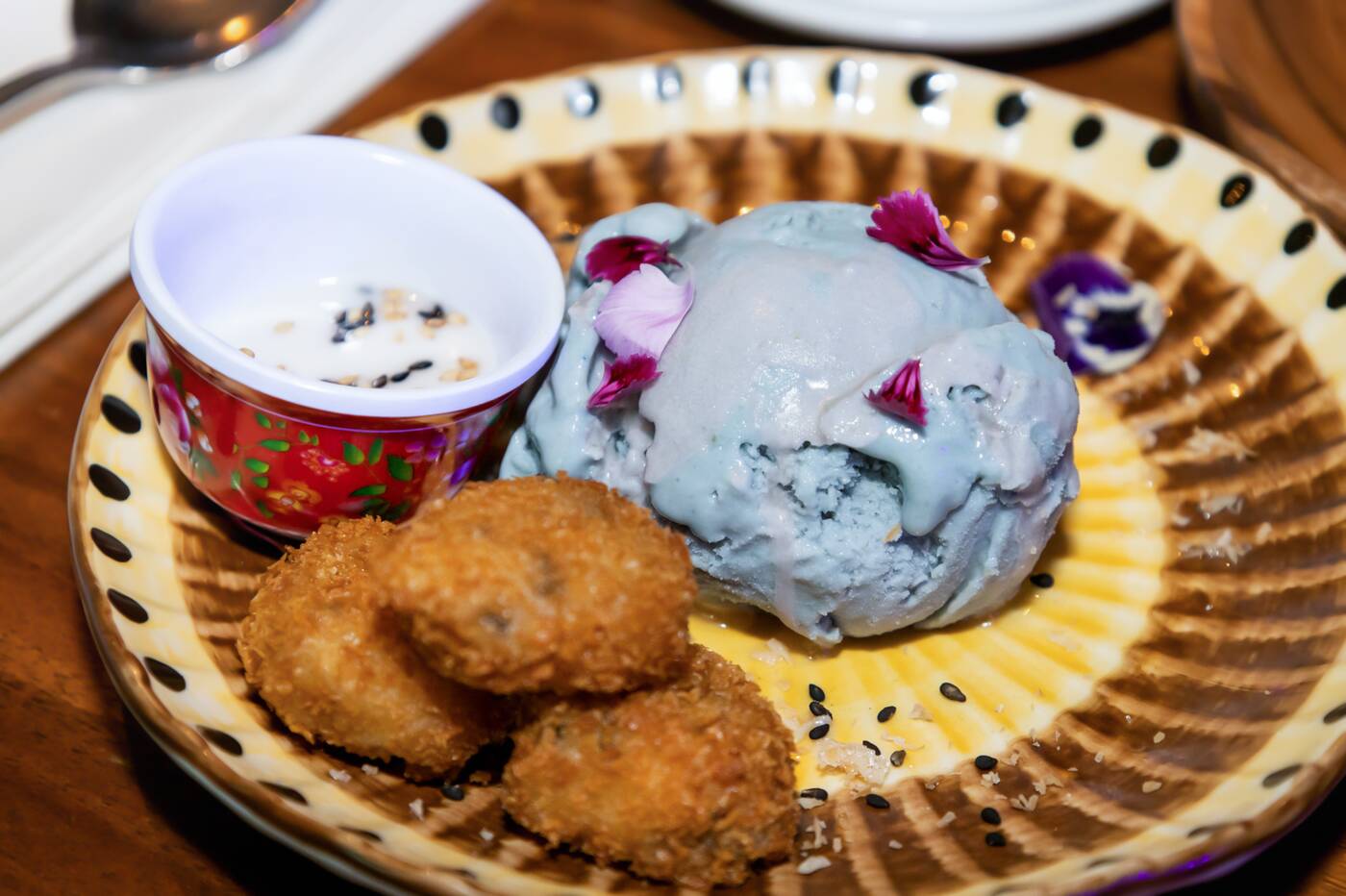 For dessert, deep-fried banana fritters ($14) come with a warm coconut sauce. The corn gelato ($12) is a collab with Death in Venice Gelato, using sweet corn and butterfly pea flower. 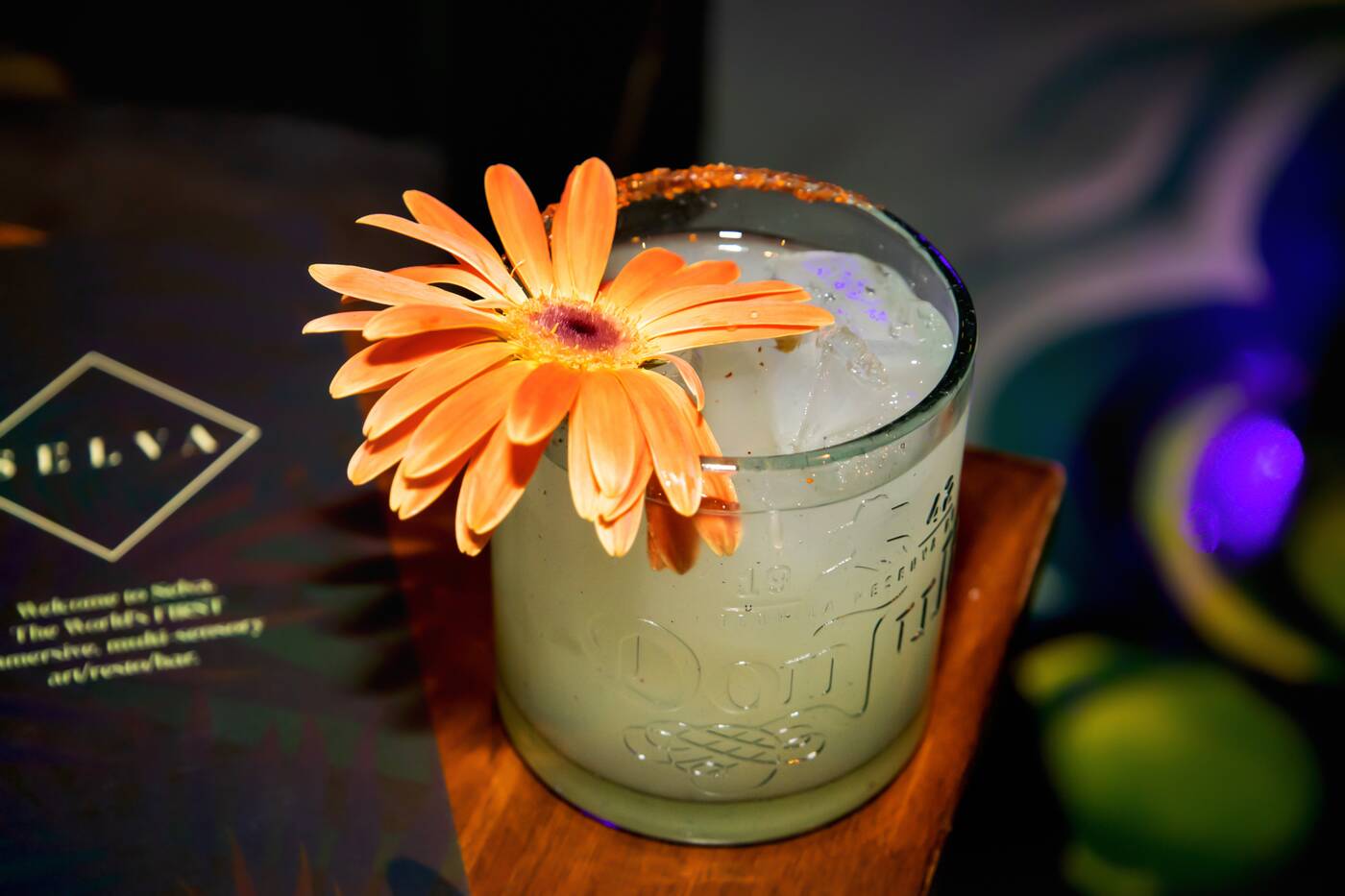 Shake yourself from the family vacay vibes with one of the cocktails on tap. The Don Julio Margarita ($17.50) comes with a Tajin rim. 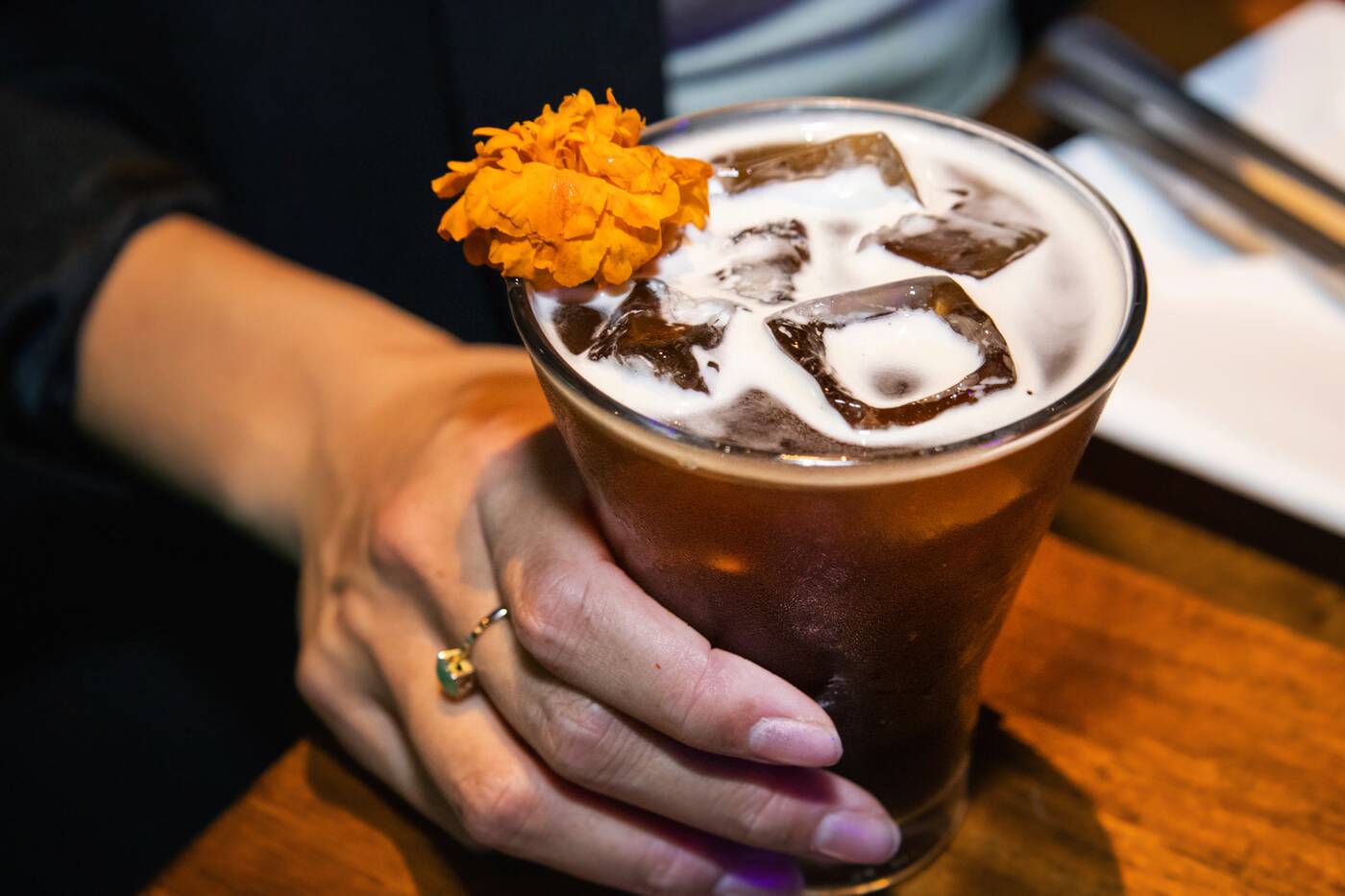 An Espresso Lion’s Mane ($14) is a mix of Ketel One vodka, Galliano and PowerPlant Superfoods THINK coffee, which contains Lion’s Mane mushrooms. A bit of that shroomy boost will hold you over until DJ hours. 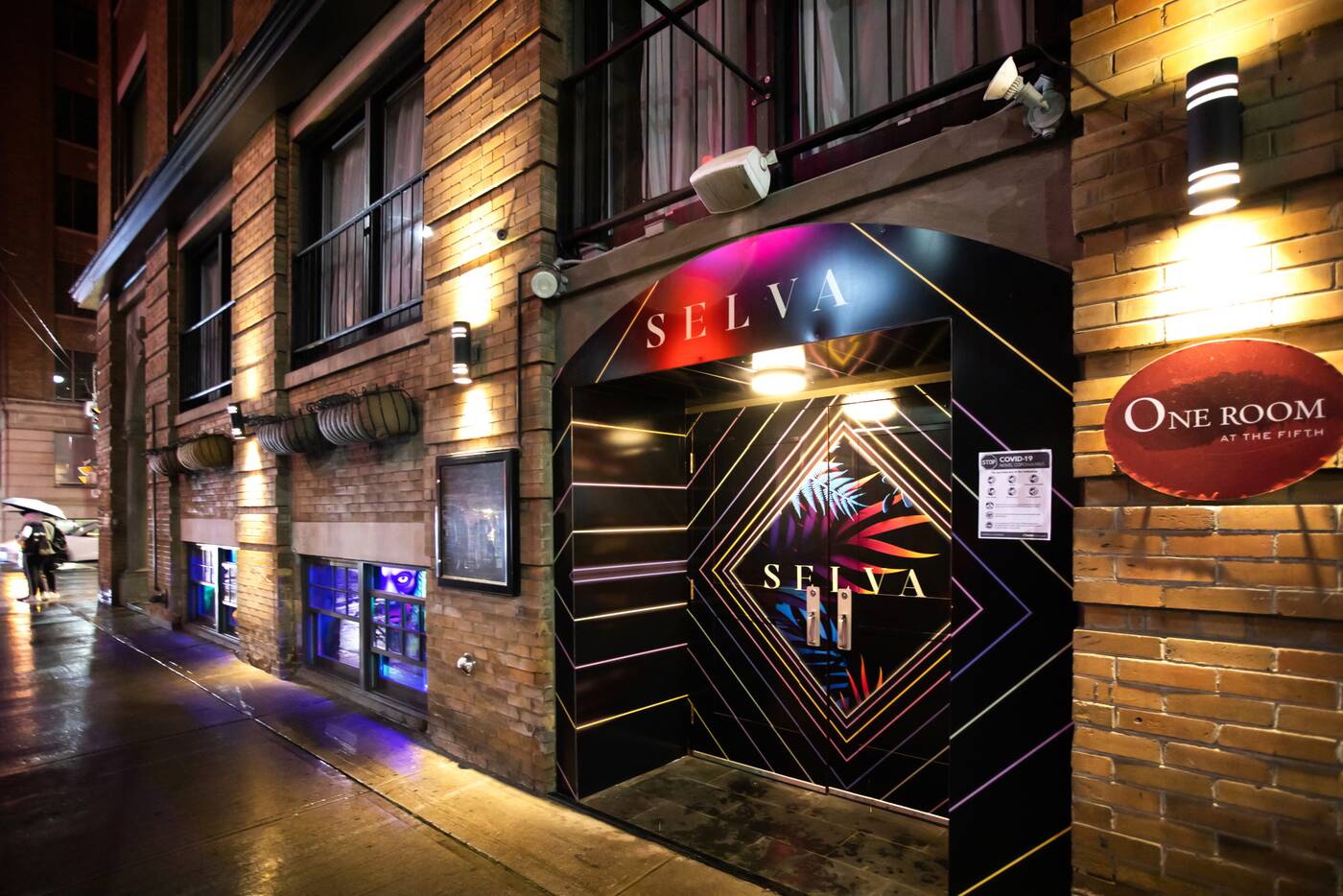