Knowing he wanted to offer a made-from-scratch menu of farm-to-table goodness, but also appeal to the neighbourhood, he's settled on a simple concept that is bound to please: licensed brunches. It's a rarity on this stretch of Yonge, though Hazel's Diner a few doors down has also recently applied for a liquor license. While the bulk of the business deals in daytime fare, it's not the type of place that shutters promptly at 4pm, but offers bar snacks, fresh-shucked oysters and beers into the evening. 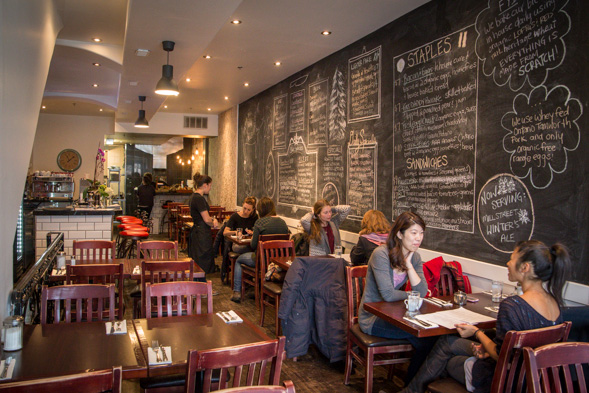 At only a week old, I stopped in to discover the menu scrawled in chalk across one wall. "This way, I can change it up as I feel like it," Tucker explains. It also offers the opportunity to tailor dishes with seasonal ingredients as they're in their prime.

The 55-seat room is sparsely adorned: The aforementioned chalkboard menu is the main focal point, while a view into the open kitchen and muted TVs mounted over the bar are the only other distractions. 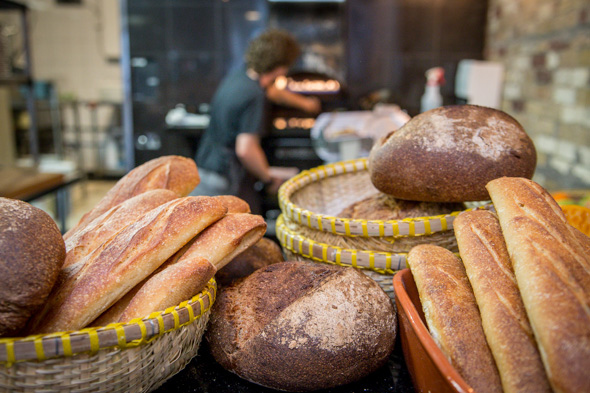 A stone oven inherited from previous tenants is put to good use baking breads and finishing dishes like the Fat Daddy pancake skillet ($7). As far as pancakes go, this one is excellent. The single, plate-sized flapjack is fluffy and perfectly crisped around its perimeter. The dough is studded with poached anjou pears and the whole thing is sprinkled with confection sugar, smothered in maple syrup then topped in house-made Concord grape jelly and a generous knob of butter. 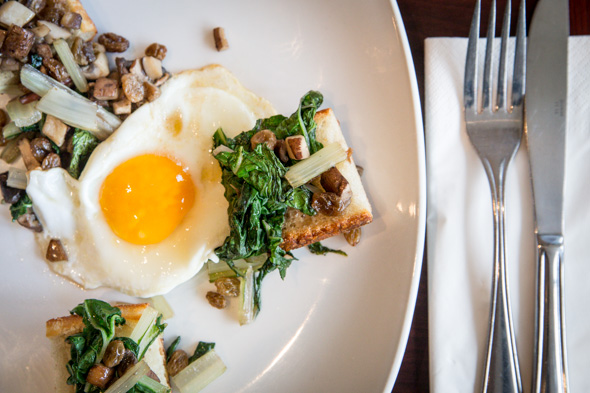 The fried egg with chard ($7) is a lovely vegetarian option featuring eggs (any style) over wilted Swiss chard with earthy sautéed cremini mushrooms and sweet Chardonnay-soaked raisins over a toasty baguette. A little grana padano to finish offers a salty counterpoint that pairs great with plump raisins. 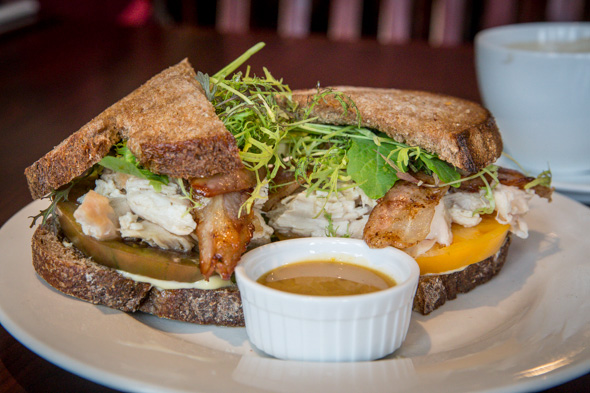 The Turkey Club ($11) on miche bread doesn't hold up if you wait too long (or say, take a million photos first). That's only a problem due to the supremely moist chunks of turkey crown, which are blanketed in bacon skin, then roasted in the stone oven before being reconstituted in a bath of stock to order. It's topped with house-cured bacon, thick slices of heirloom tomatoes, baby greens and olive oil mayo. It turns out to be a knife-and-fork affair, though that just makes it easier to dip in the pot of maple mustard supplied on the side. 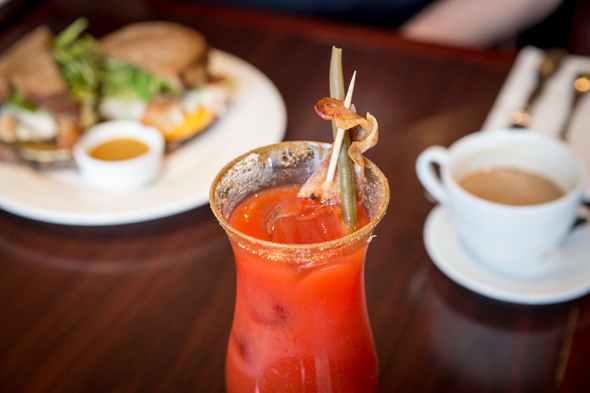 The bar menu at brunch boasts Cava mimosas ($5) and the house Caesar ($8) rimmed with bacon fat and celery salt and garnished with spicy beans and a strip of bacon. On draught you'll find Mill Street 's 100th Meridian and Left Field Eephus Oatmeal Brown Ale sold for $6, plus a selection of cans and bottles. Wines by the glass sell for just $1 an ounce. 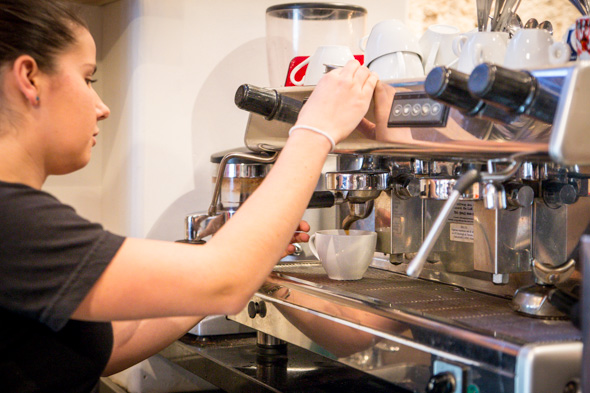 Wi-fi and a choice of espresso or bottomless drip coffee add further to Scratch Kitchen's weekday appeal, though the two-man kitchen is going to have its work cut out for it on weekends when hordes of Midtown brunchers come hungry. 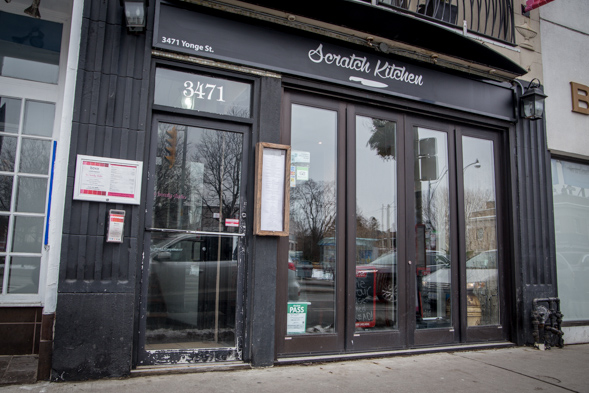