Sauce on the Danforth has been open just over nine months, but according to owners Michelle Belisle and Johnny Lucier it's really the realization of 10 plus years spent dreaming.

Lucier tells me that when the couple first met, Belisle had already begun pillaging vintage stores and sourcing furnishings, posters, figurines and knick knacks with future ambitions of opening a bar. The resulting room is packed to the brim and holds many eccentric personal touches that stand out amongst all the sparse, barnwood clad establishments out there. 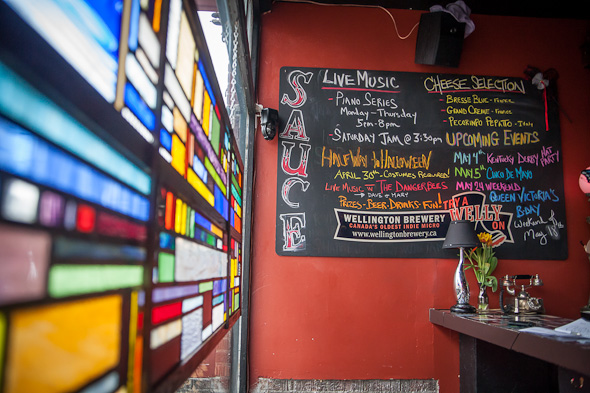 Cocktails are served in an assortment of vintage glassware, and I'm told that regulars have already begun claiming their own, having the barkeep hide them on shelves behind a favourite bottle. 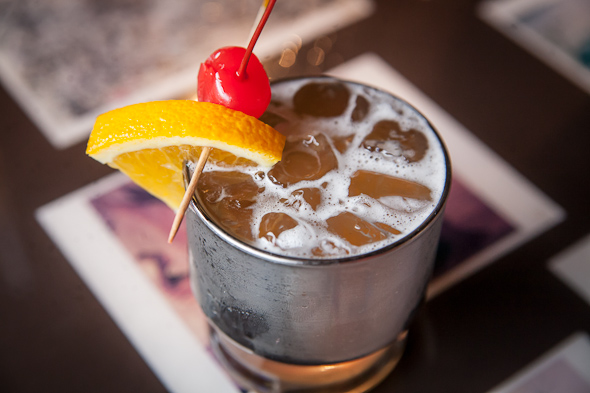 The extensive bar menu majors in tequilas, bourbons and craft draught beers though there's also a list of house cocktails, wines and even gluten free beers by the bottle. 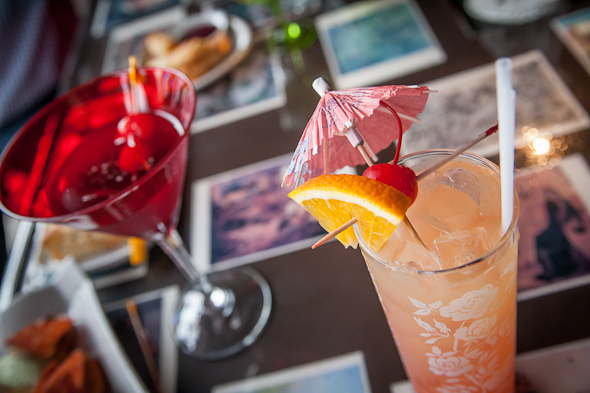 Amongst the most popular cocktails is the selection of Sours ($9.25) made with Whisky, Bourbon or Amaretto. I try the later and am happy to relay it's merits; there is no bar-lime, no lime cordial (heaven forbid), just a double shot, lemon juice and a touch of simple syrup for a lip puckering refreshment that avoids the shame of overly sweet variations I've had elsewhere. 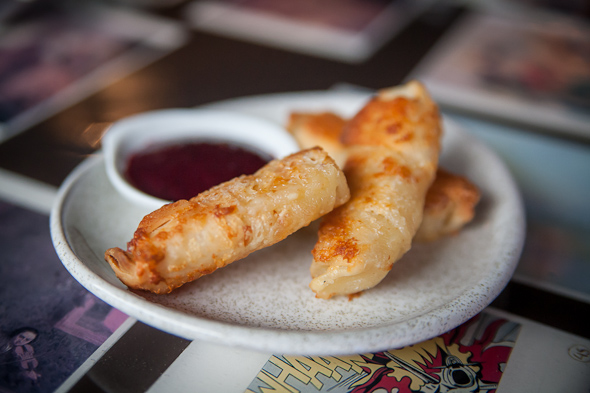 It's not so much a place for dinner, but there is a daily selection of cold tapas priced at $8 per plate with an assortment of hot nibbles added from Thursday through Saturday. 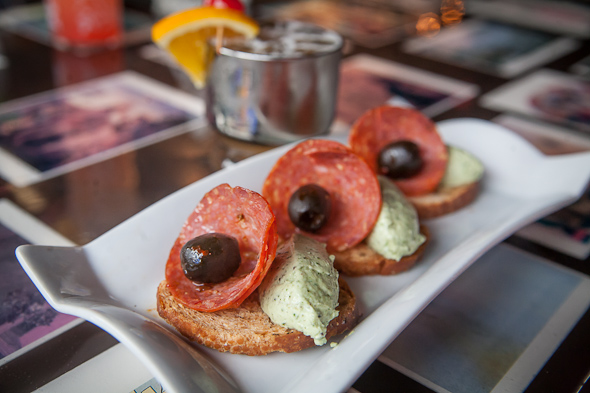 Served three to a plate, the Crostini are topped with goat cheese pesto mousse, sliced salami and an marinated olive. 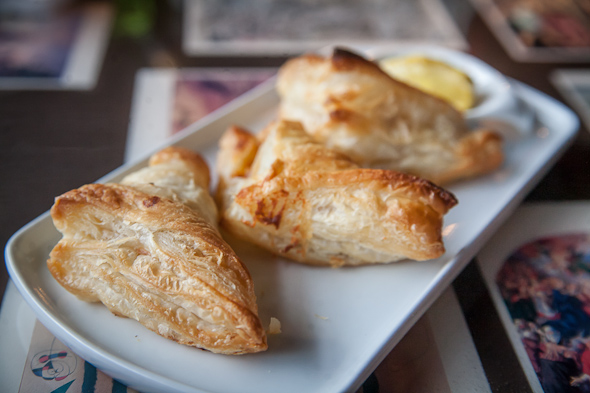 Veggie Chili Empanadas are presented as mini puff pastries filled with beans and accompanied by curry aioli. They're dainty dishes compared to most bar menus, but it works in a fun, quirky way. 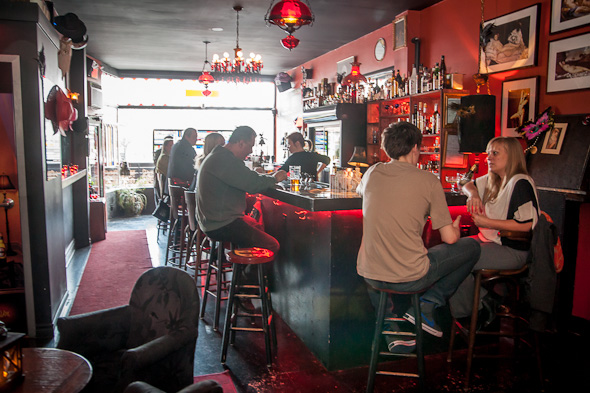 Noticing the television mounted at the back of the room, I ask if it's usually tuned into sports? "Not usually" Lucier tells me, though they'll be airing the Kentucky Derby next week while serving tea sandwiches and mint juleps in fancy hats. 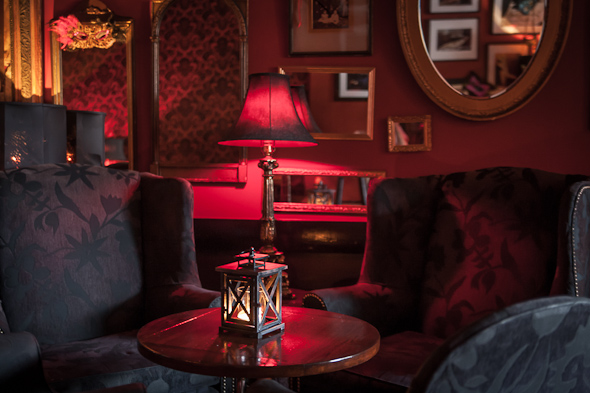 Also unique is the refreshing absence of canned music -- the evening soundtrack is instead provided by a weeknight piano bar player that does sets and takes requests from 5 to 8pm. On Saturday afternoons music from the house jam band fills the space and plays to the jovial crowd. 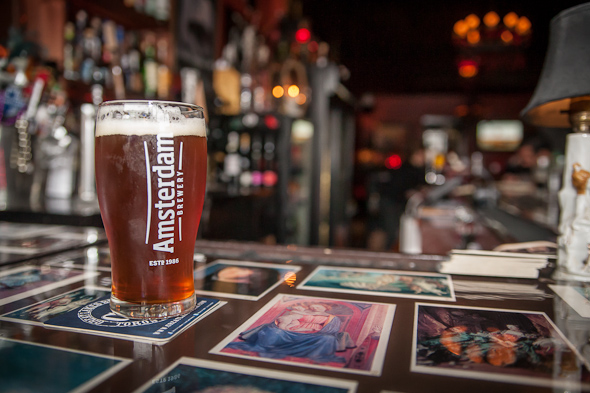 For locals, Sauce on the Danforth is a welcome replacement to the unlicensed Ethiopian restaurant that once occupied its address. For the moment, it's also the lone bar on this stretch of Danforth between Greenwood and Coxwell (though The Wren is set to open a few doors down), acknowledging that this thirsty neighbourhood deserves an laid-back spot to call their own. 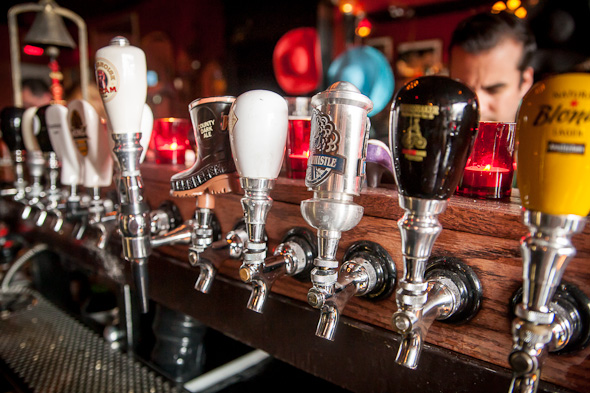 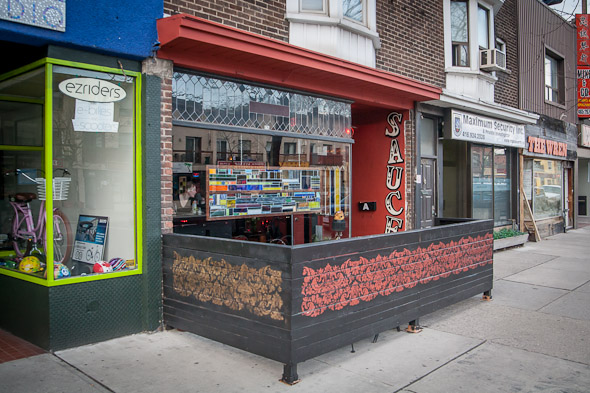