Local 1794 is a new gastropub in the Danforth East area at Coxwell. What used to be Colombo's Pizza has been turned into a family-friendly neighbourhood bar and eatery by the people who used to own Taps & Tales down the street.

The "local" in the restaurant's name has a couple of meanings (none having to do with unions, though it may sound like it): all the produce and proteins used in the kitchen are obtained from local farmers and sources if possible, and the place itself aims to be a local standby for the community to come eat and drink.

Like The Borough a few blocks over, the walls feature old black-and-white photographs of the city, as well as mural prints of turn-of-the-century Toronto from the Toronto Archives. 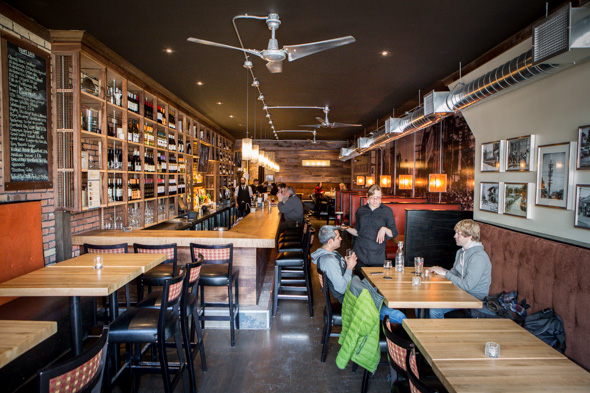 Classic old school-looking booths each have their own light switches and power outlet so diners can choose to have overhead illumination or more of a romantic, tea light atmosphere (while also charging their phones).

The wall behind the long wood bar features a few flat screens, an appealing backlit display of spirits and a broad selection of wines - including bottles of chardonnay from Francis Ford Coppola's winery (apparently it's just as good as The Godfather or Apocalypse Now !). 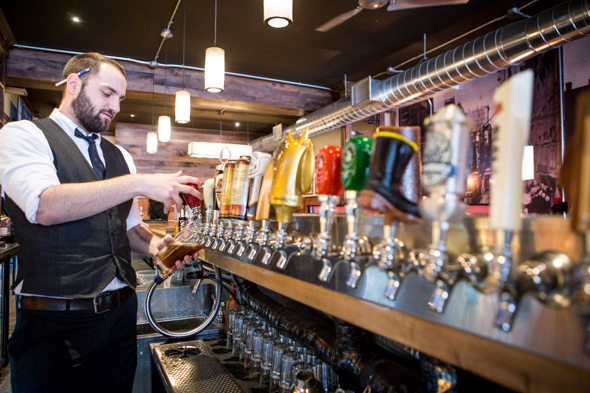 As for beer, in addition to bottles and cans, there are 23 predominantly local craft brews on tap (think Beau's, Flying Monkeys, Great Lakes Brewery, etc.), plus Thornbury cider and a weekly rotating cask ale. Pints range from $6.25 to $7, with most at $6.50. Our friendly server recommends the Lake of Bays Sparkhouse Red Ale ($6.50), which is exactly what I want - it's malty, not too hoppy and easy to drink. 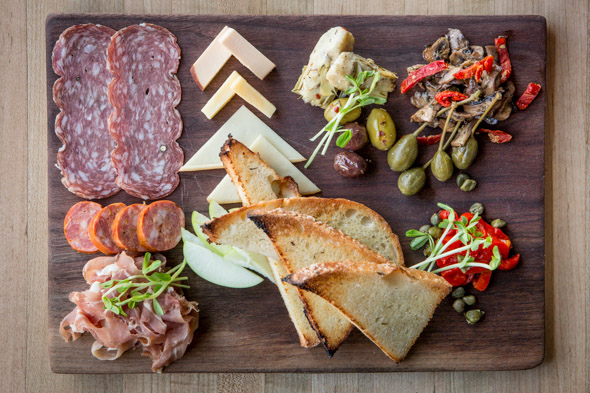 For starters, there's the charcuterie board ($16 for 2, $25 for 4, $45 for 8) that features three meats (prosciutto, sopressata and apropos to the Danforth, Greek orange sausage ), three cheeses (smoked cheddar, gouda and Irish whiskey cheese), slices of apples and toast, and other assorted antipasti (artichokes, mushrooms, olives).

Making use of the in-house wood smoker, the caveman game board ($26) is a meat and potato lover's dream: soft and tender, melt-in-your-mouth smoked venison, flavourful elk biftekia (meat patties) and wild boar smoked sausage lie on top of handcut fries. It's definitely an interesting combo of game to try. 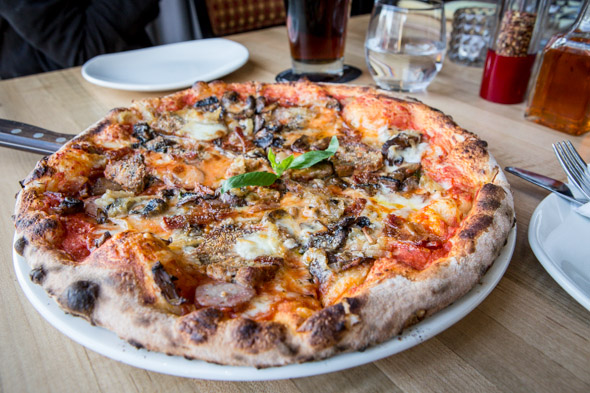 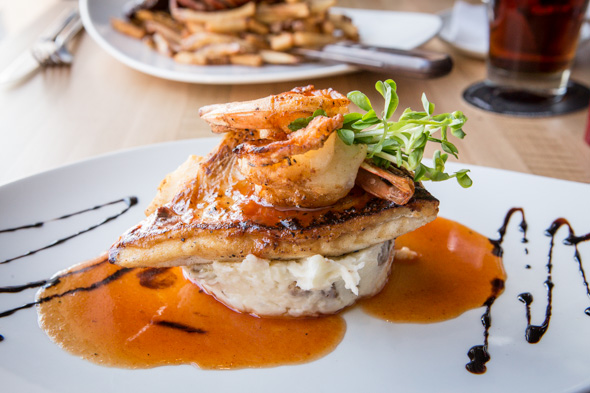 We also try the fish special of the day, which is a seared red snapper topped with shrimp and served on a bed of crab mashed potatoes ($23). It's serviceable, with a tangy tomato reduction as the sauce, although the crab flavour gets lost in the rustic, skin-on mashed potatoes. 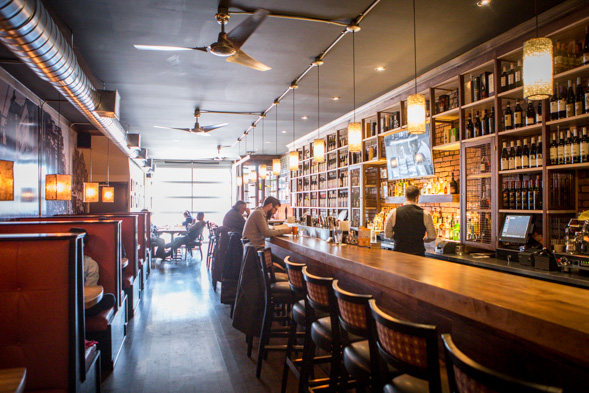 With future plans for a front patio, this should prove to be a worthy place to add into the rotation of dining options in the area when it comes to heading out for a pint and some eats. 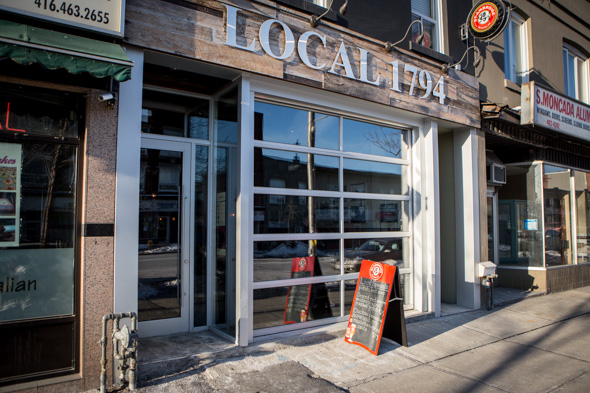