Santouka Ramen on Bloor is currently open but their offerings and services may be affected due to the pandemic. Please contact the business directly for more information about any changes. Is this your business? Please contact us if you would like to update this message.

Santouka is a noodle spot that has become synonymous with some of the best Japanese ramen in the city.

Expanding from its ever-bustling Dundas spot, the brand's second restaurant looks to satiate ramen-lovers up in U of T territory. 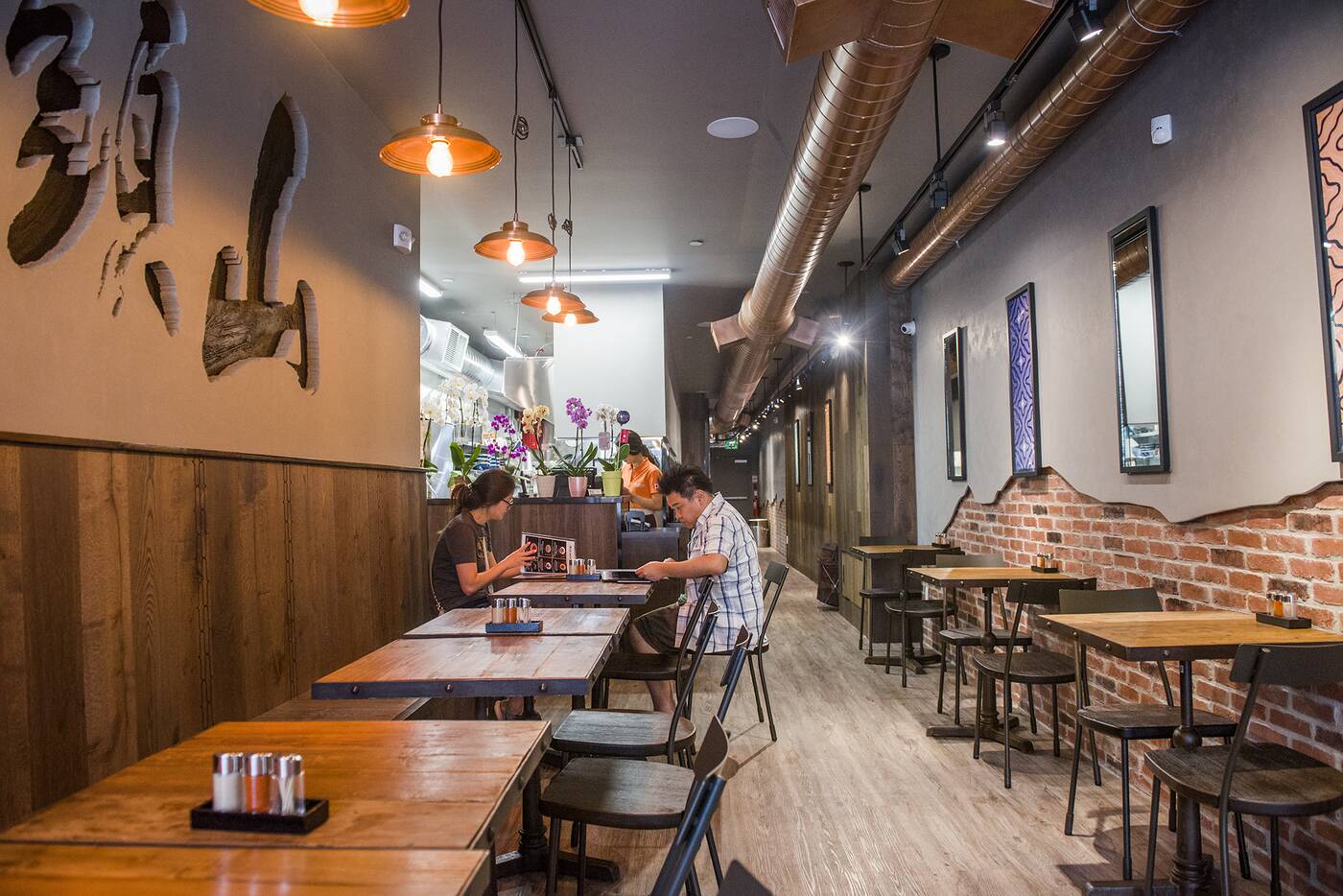 This restaurant is a lot larger than its original location, though it's definitely more plain. While you'll still be greeted by the staff's enthusiastic welcome cries in Japanese, this Annex interior is far less exciting than its counterpart. 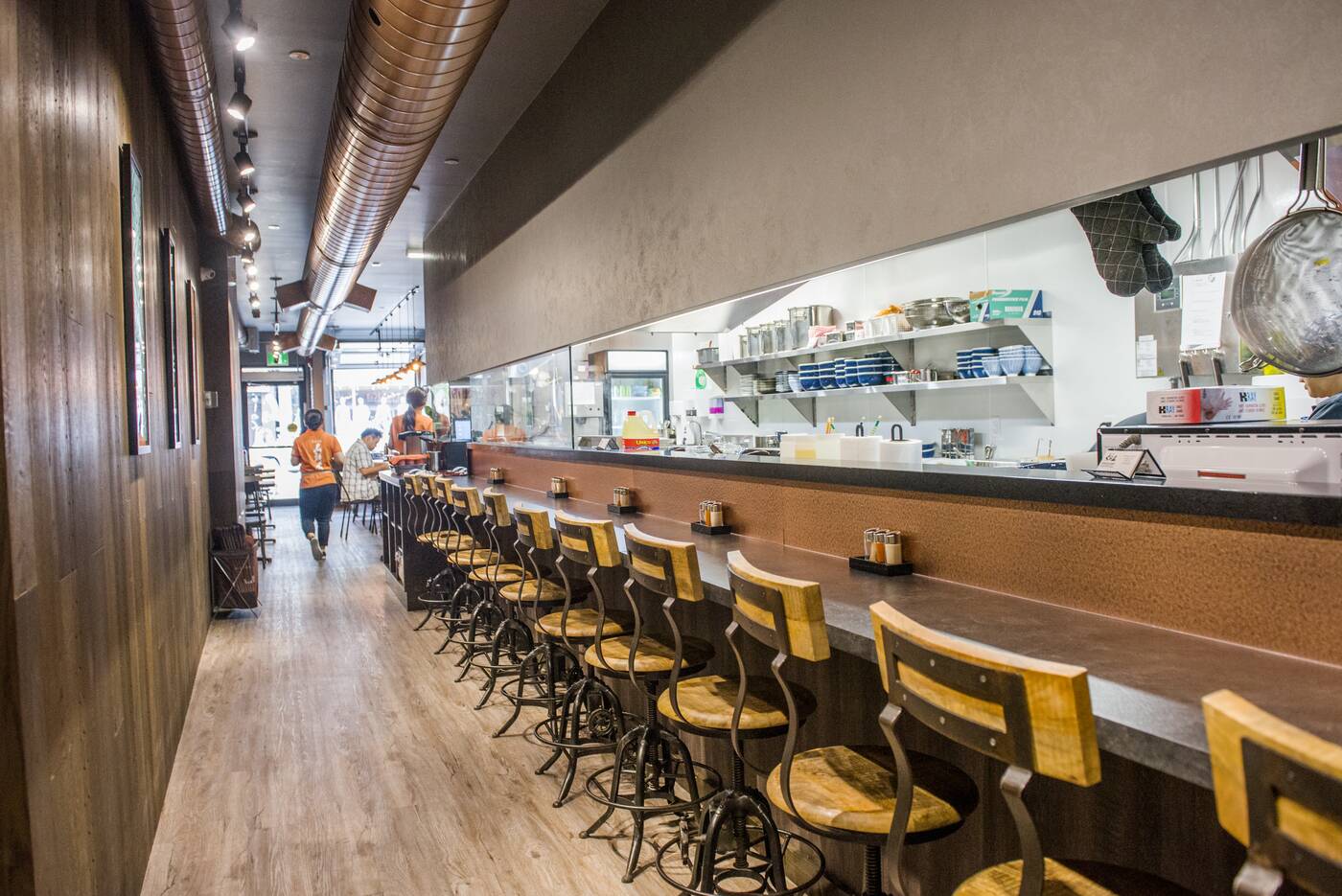 The big benefit here however is the longer chef-facing table extending to the back, which essentially does away with the lines often experienced at Dundas. 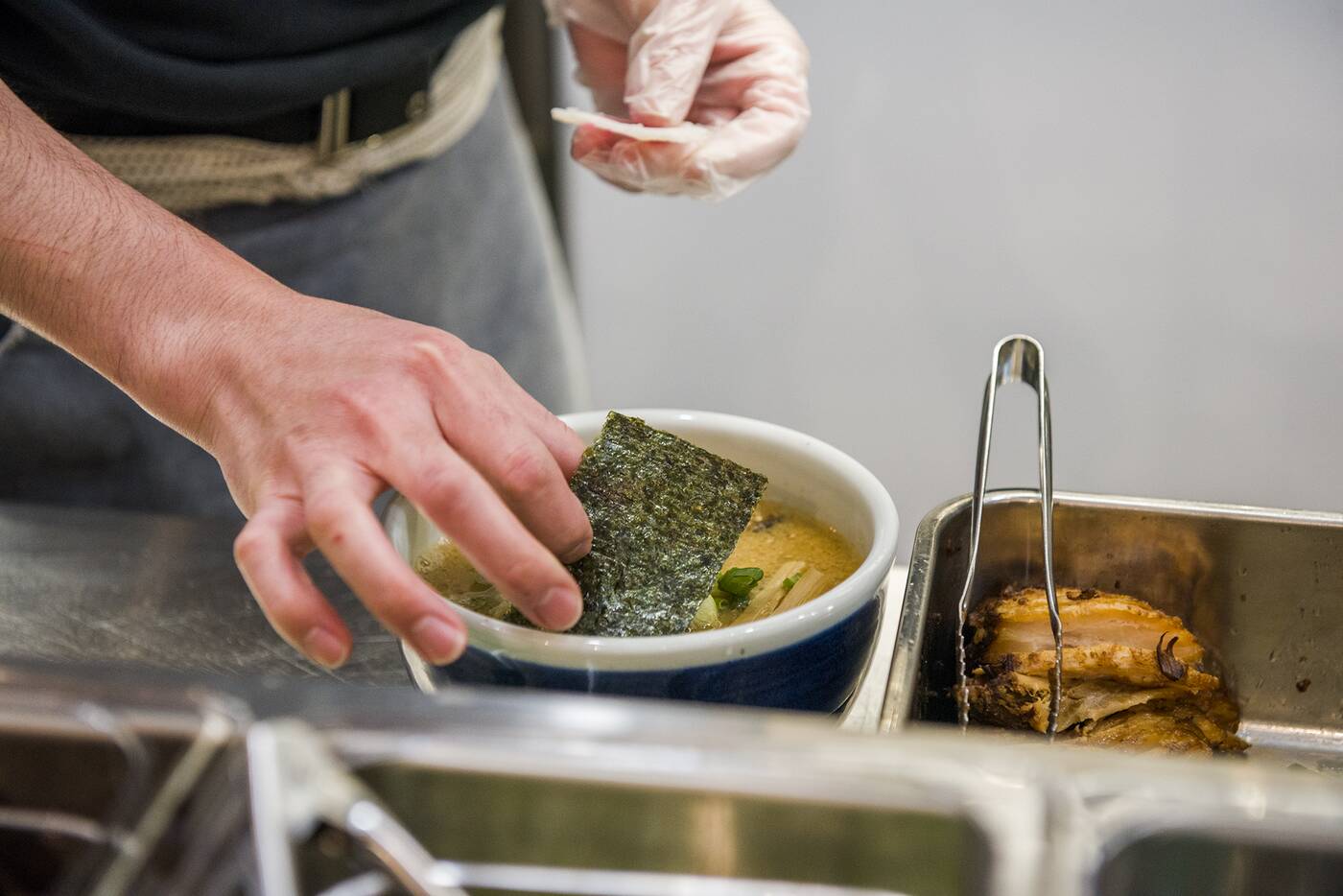 The menu at this Santouka is generally the same, but with a couple of new items. As with all Hokkaido Ramen Santoukas worldwide (the bulk of which are in Japan), the restaurant's main draw is its famous tonkotsu soup.

Pork bones and ribs are simmered for two days to produce a clean broth with minimal salt but delicious flavour. 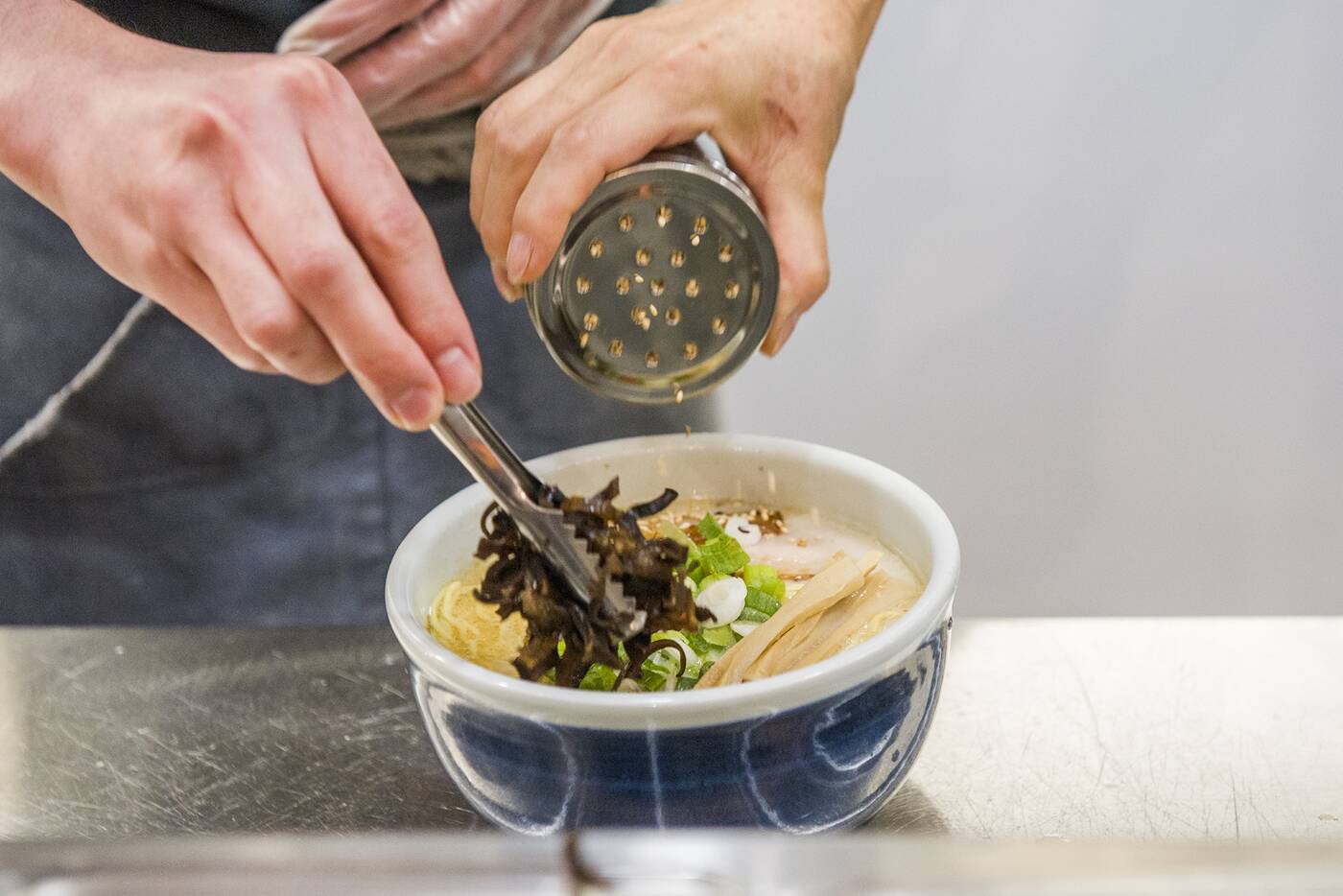 Ramen is also served in Santouka's signature blue donburi bowls, made extra thick to maintain the tonkotsu's heat and flavour. 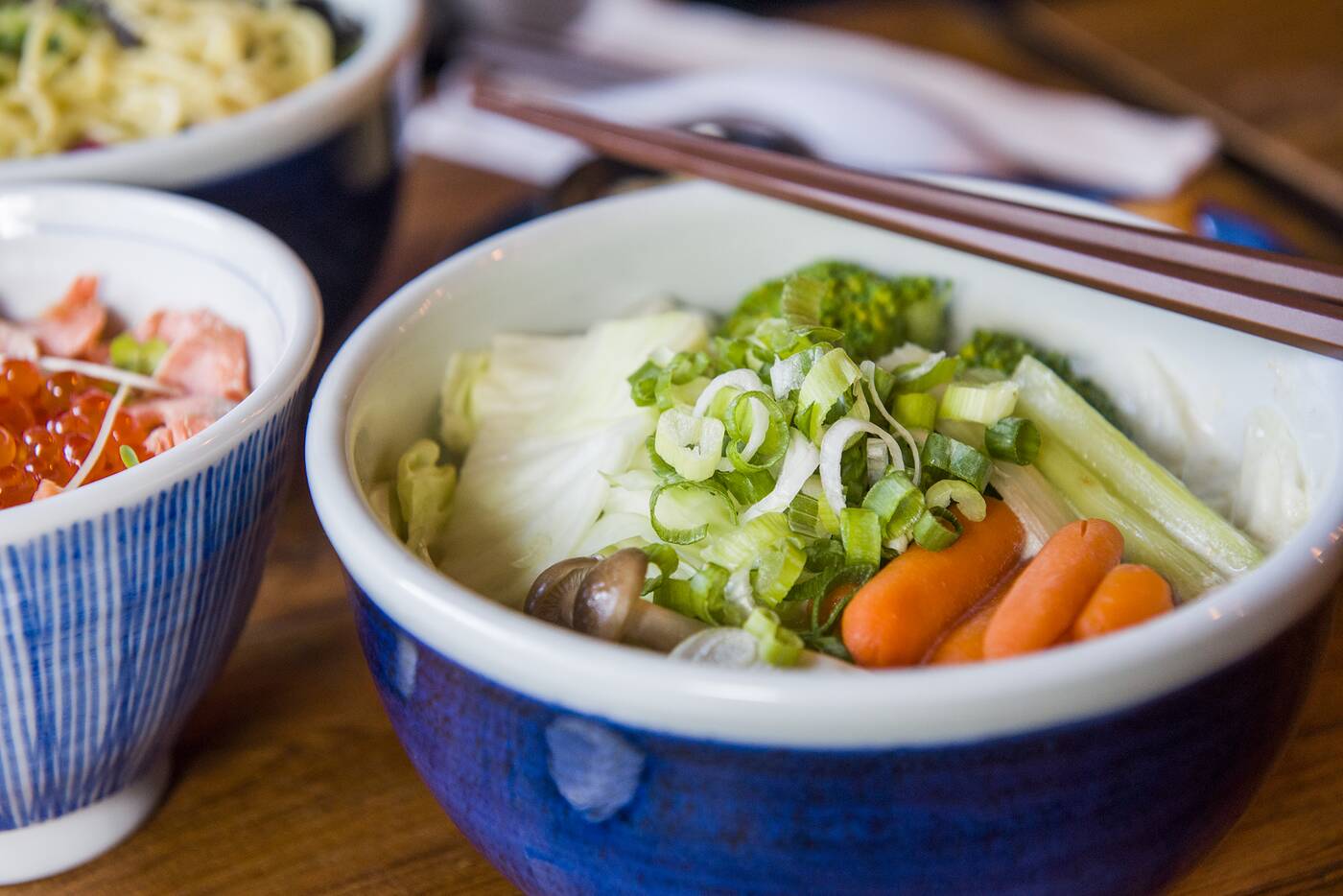 One addition to Santouka's menu that vegetarians can be happy about is the veggie ramen ($15.50), which uses a soy milk-based soup flavoured with white miso. 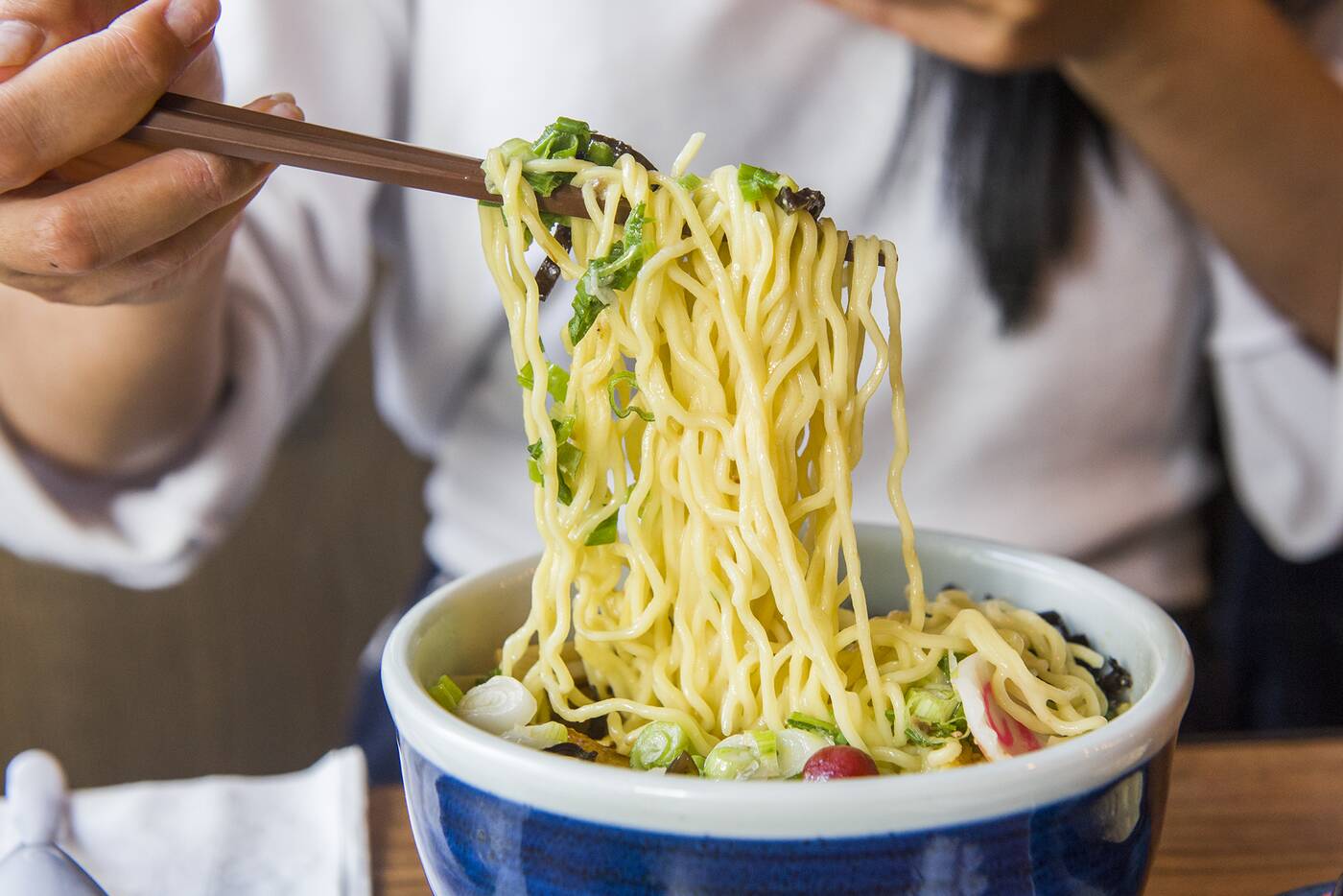 While the noodles do contain egg (sorry vegans), it has a healthy dose of veggies like green onion, celery, carrots and mushroom. Despite not having any bone in the broth, the supplementation of white miso ensures there's no shortage of depth here. 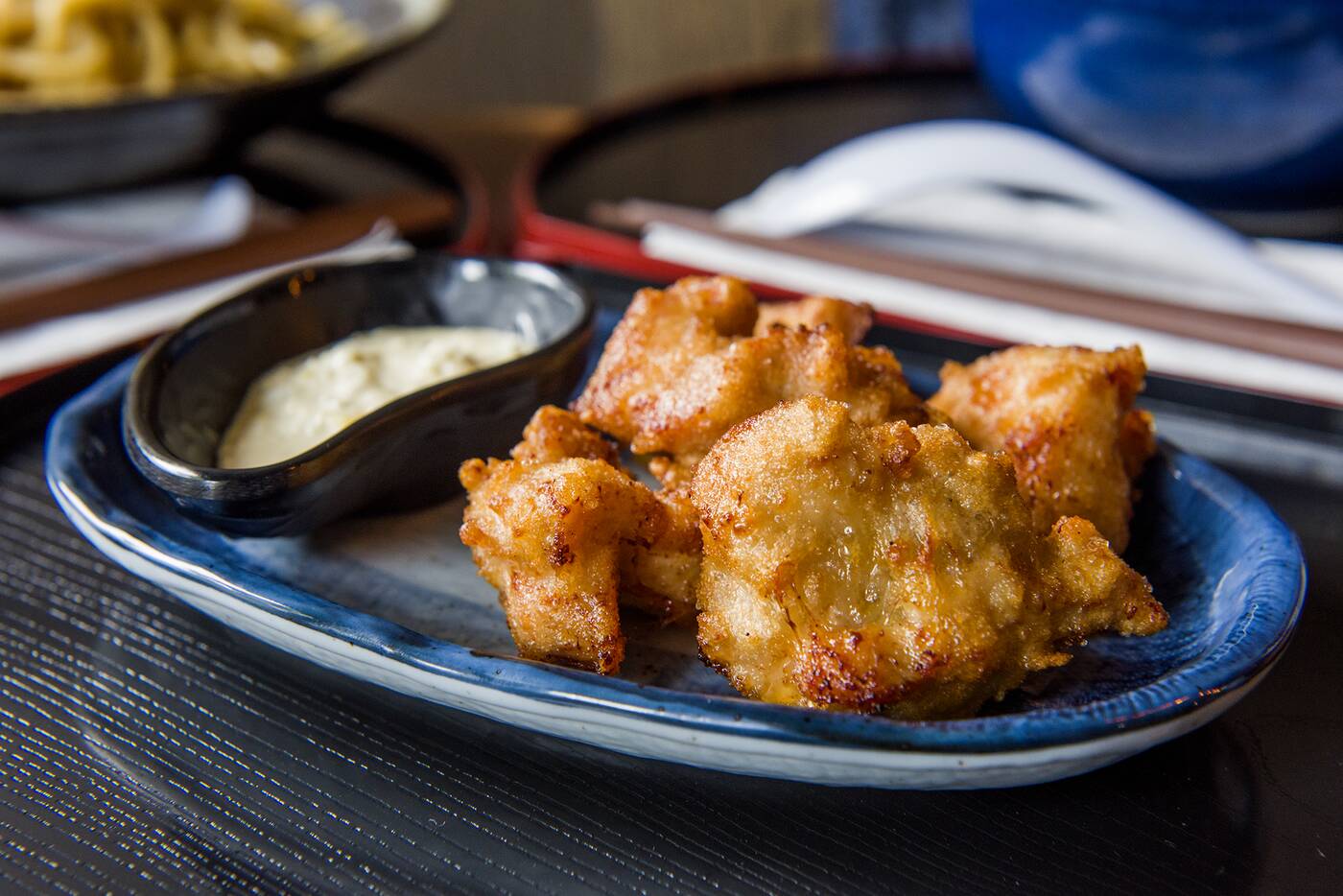 Another new dish is the zangi ($7.50), which are chunks of boneless, deep fried chicken somewhat akin to the more popular karaage. 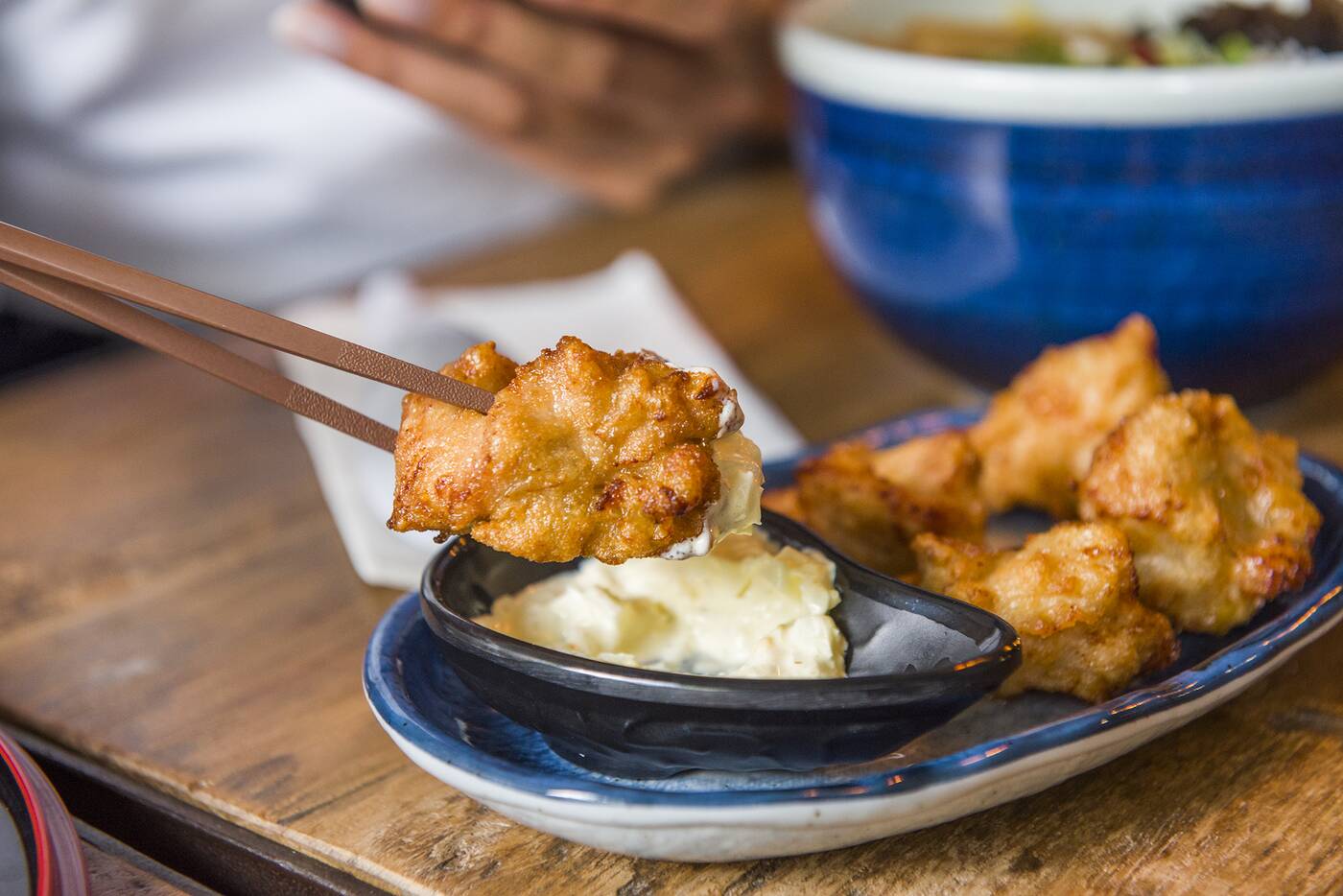 It's served with an odd pairing of tartar sauce, and delivers less of a crunch than karaage for those who prefer their chicken crispier. 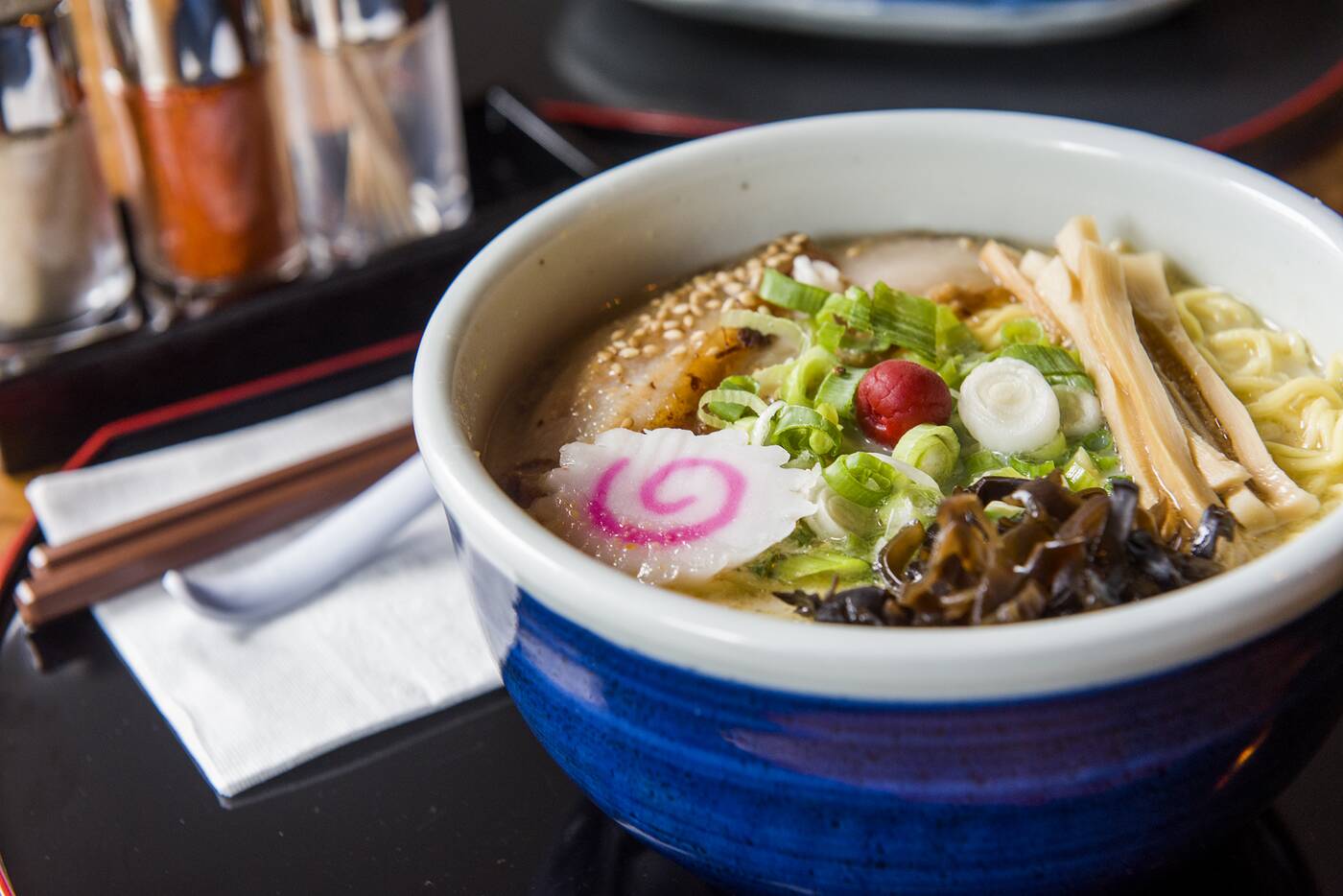 Shio ramen ($14) is a classic, served with their special white tonkotsu soup that's mild and creamy, and a mix of pork and bamboo shoots. 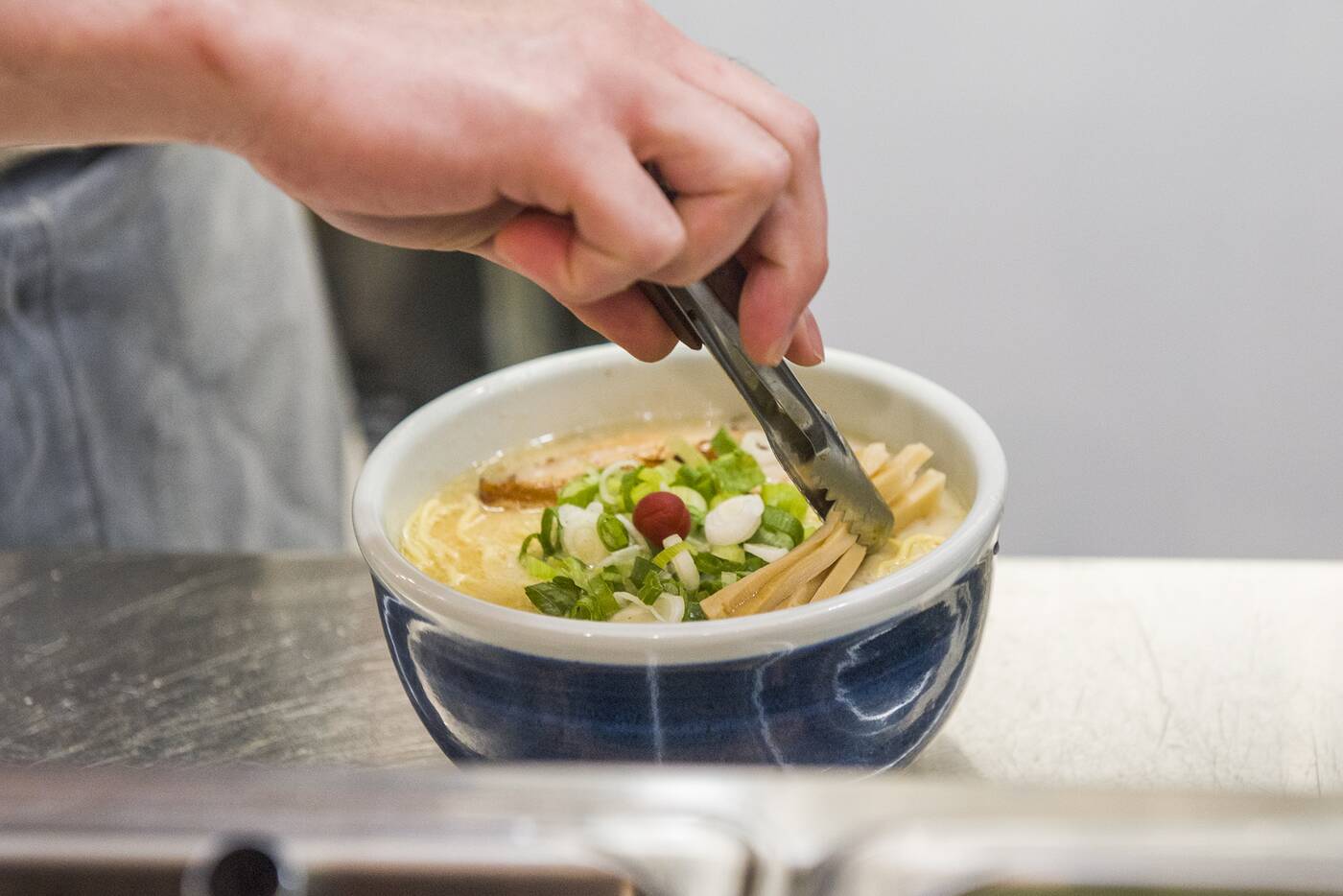 A red pickled plum is always placed on top of everything for an extra poetic addition; according to the website, the hint of red alludes to a woman with lipstick on for a "feminine touch." 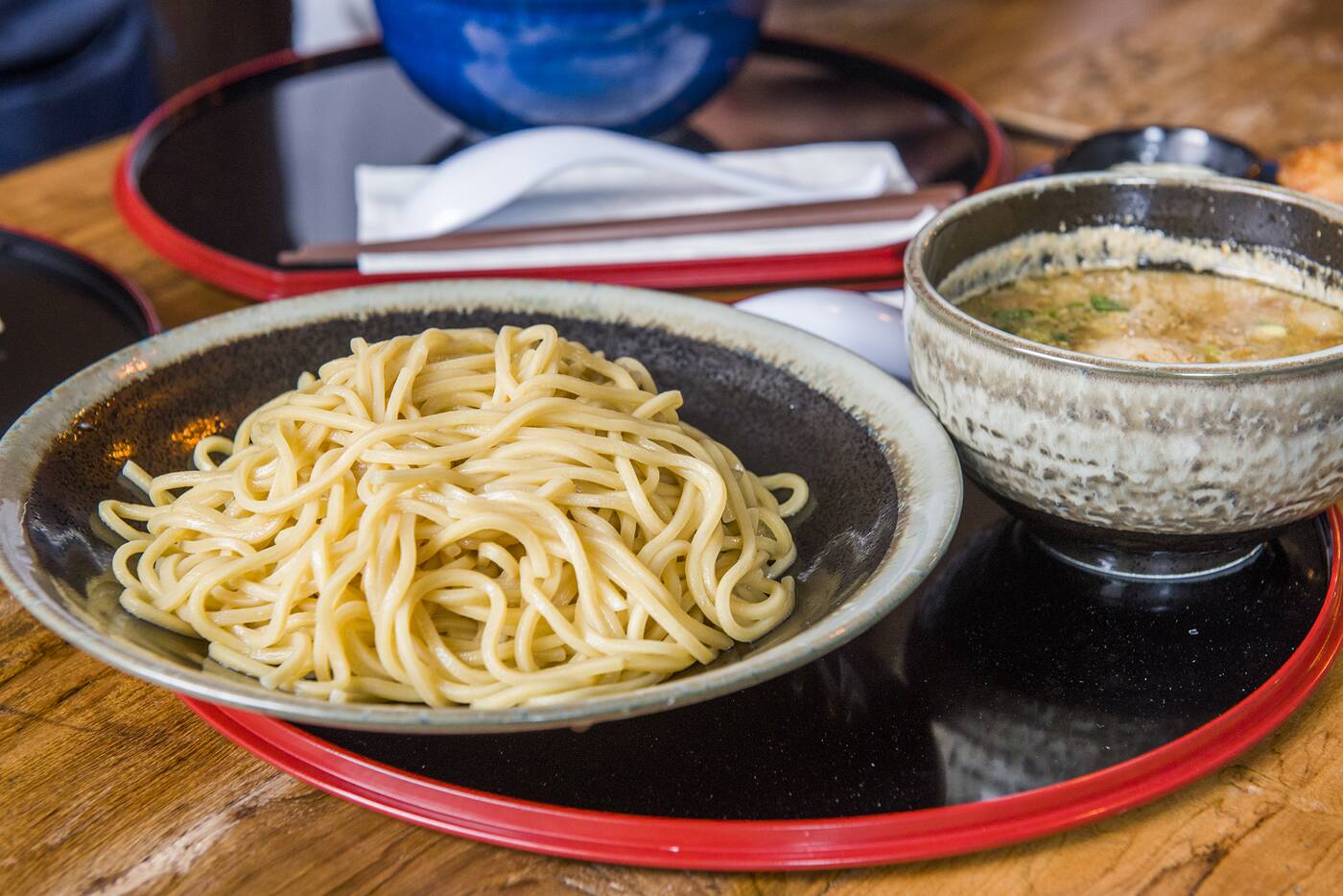 The tsukemen is a go-to noodle alternative for self-proclaimed Japanese ramen lovers. If you want to test your chopstick skills, tsukemen is how you do it. 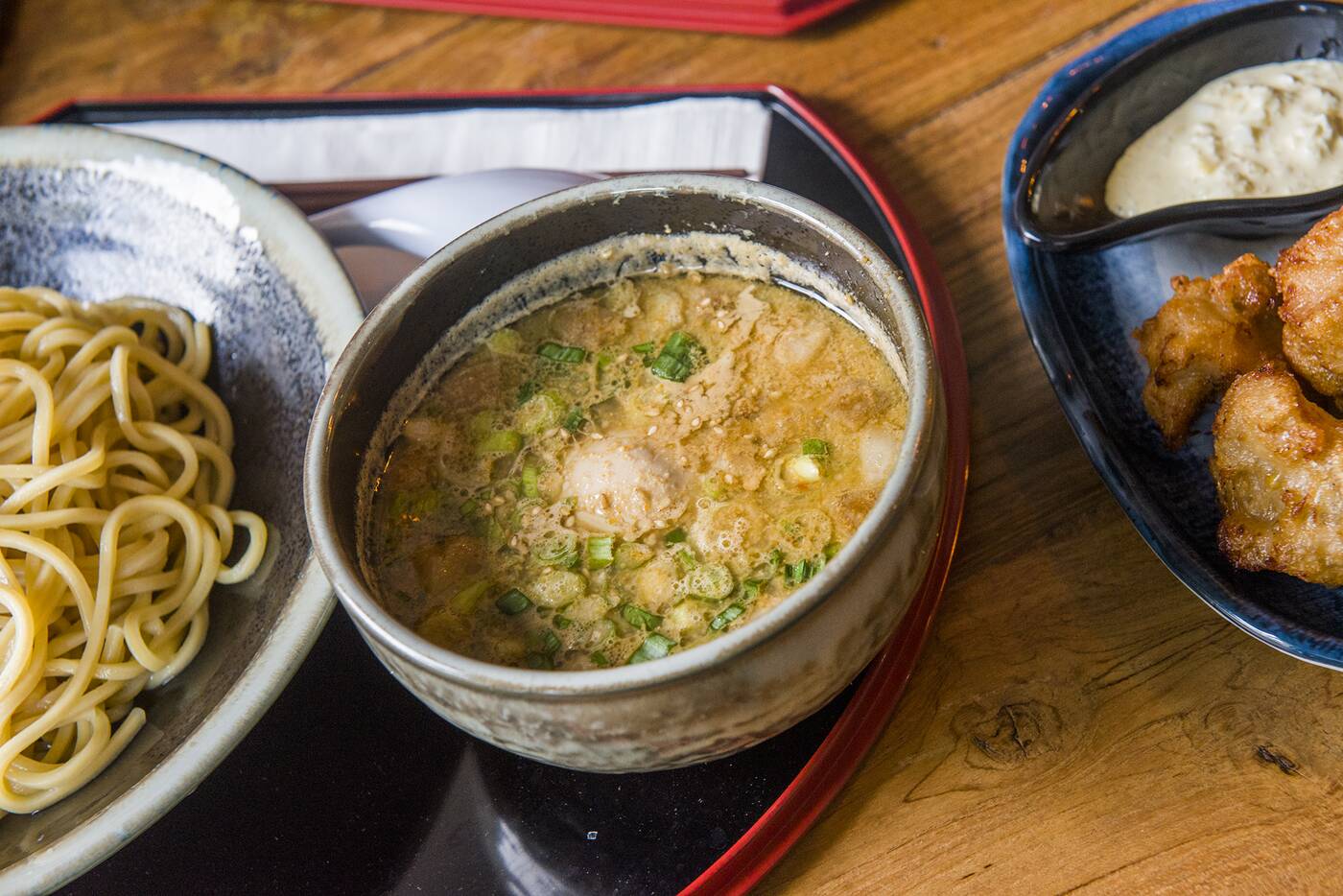 In this order, noodles are served separately from their hot dipping soup, which come soy sauce-flavoured ($16.75) or in a spicy version ($17.50). 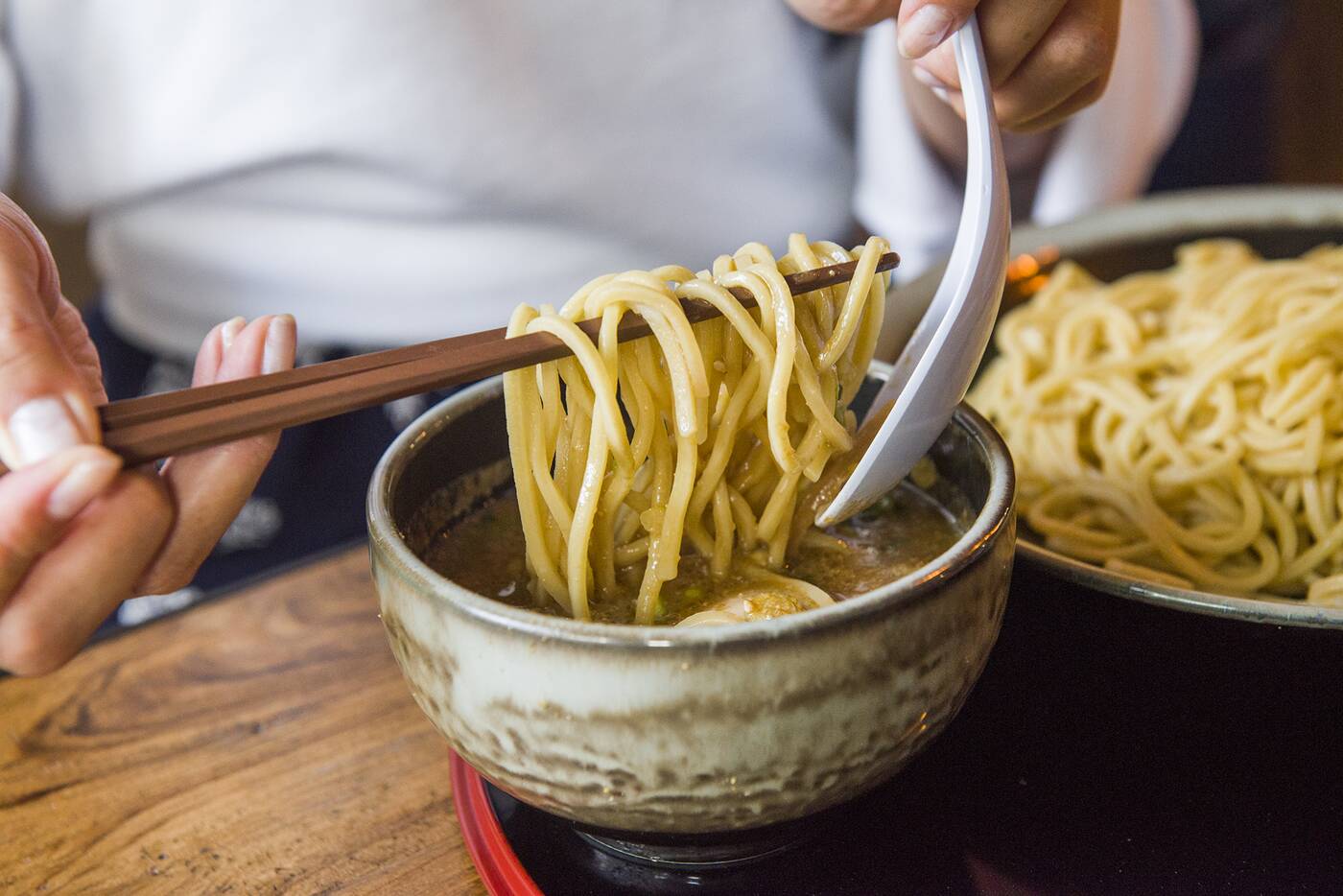 Taking the noodle-first approach, diners have to transfer, then dip their noodles into the soup bowl, allowing them a lot more control over how hot or firm they want their noodles to be.

It's definitely a more involved way to eat, and good for summer days when you don't feel like to downing a whole bowl of hot soup. 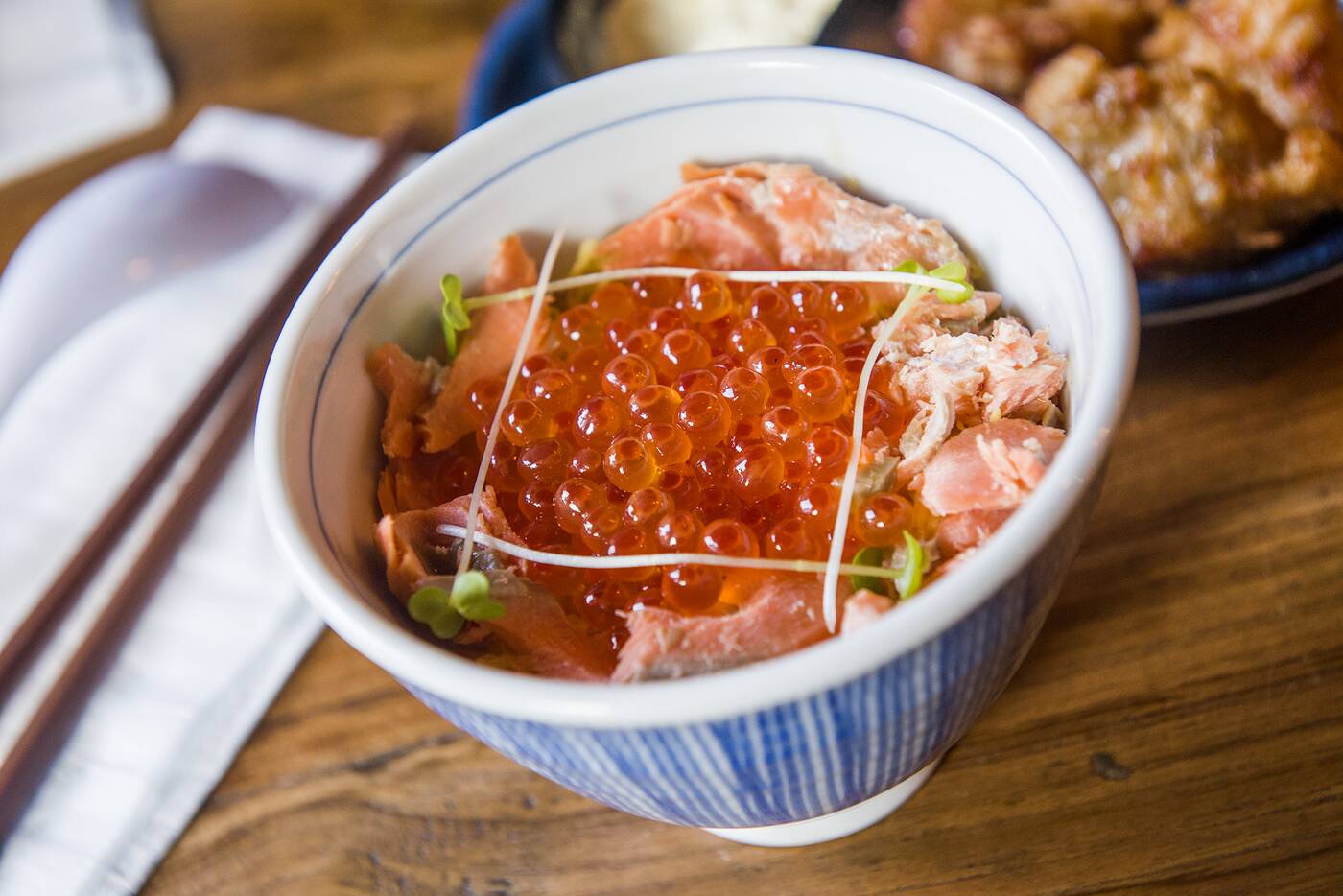 For something smaller but satisfying, the menu also has a few options of small rice bowls, including a new option with ikura and grilled salmon for $9.95. 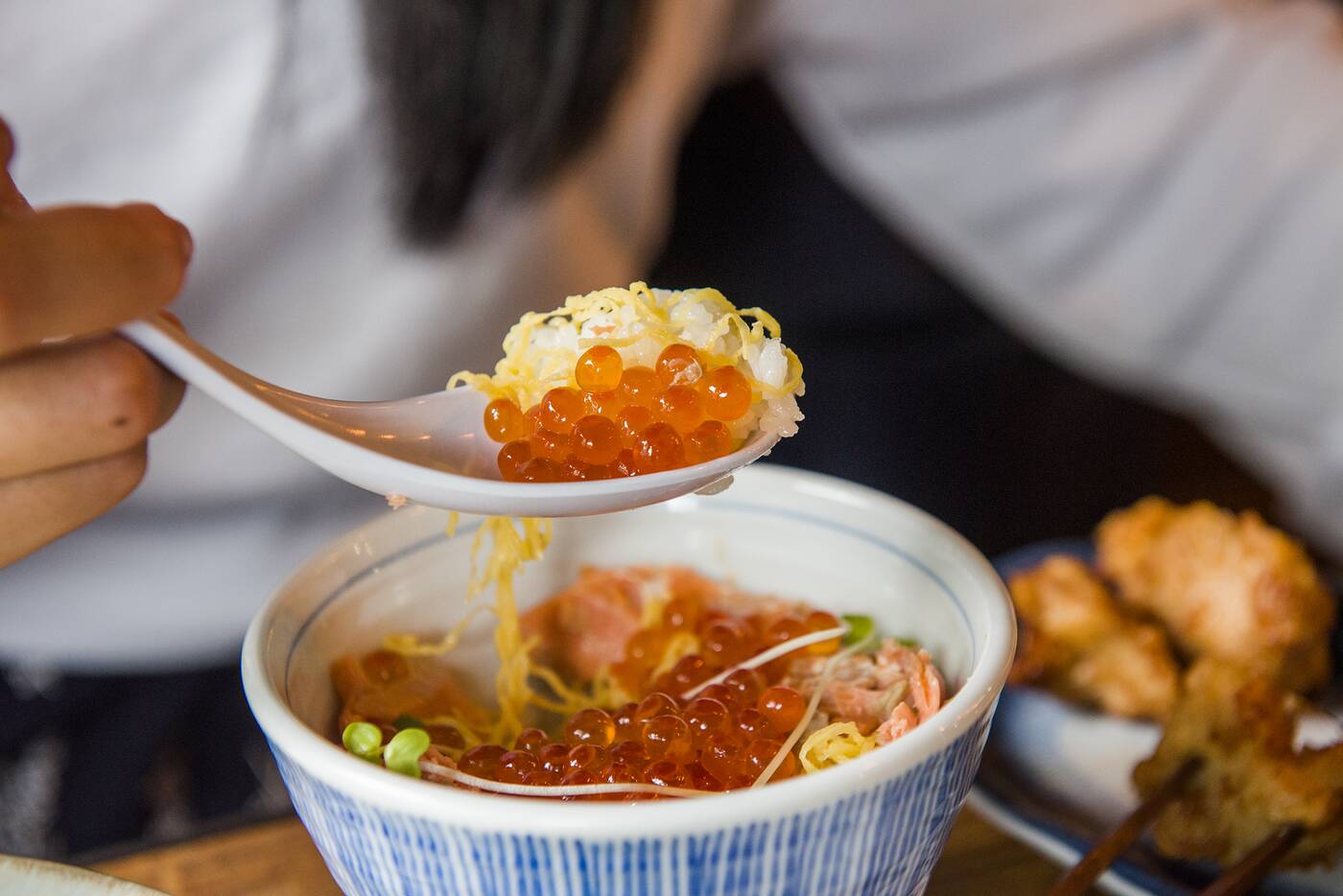 Santouka's second location may not be its most exciting iteration, but with a few new items added to its already beloved menu, a bowl of ramen here will very likely live up to the brand's high-quality standards. 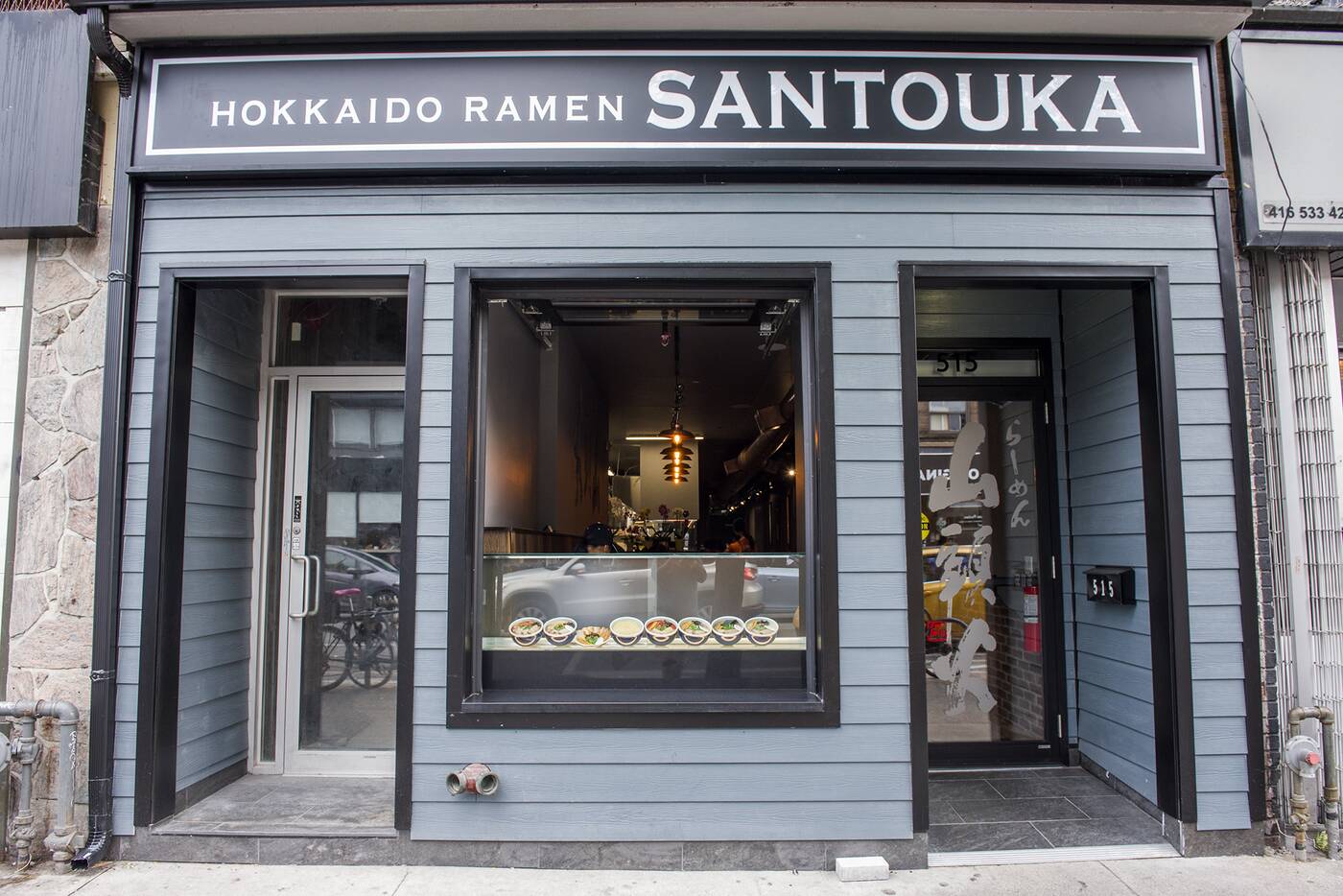