Samba is a style of dance instantly identifiable with Brazil, and this eatery is named after it, serving Brazilian street food.

Their main specialty is a wide range of pastels, rectangular deep-fried thin crust filled pies, though they also do a range of sandwiches as well as burgers. 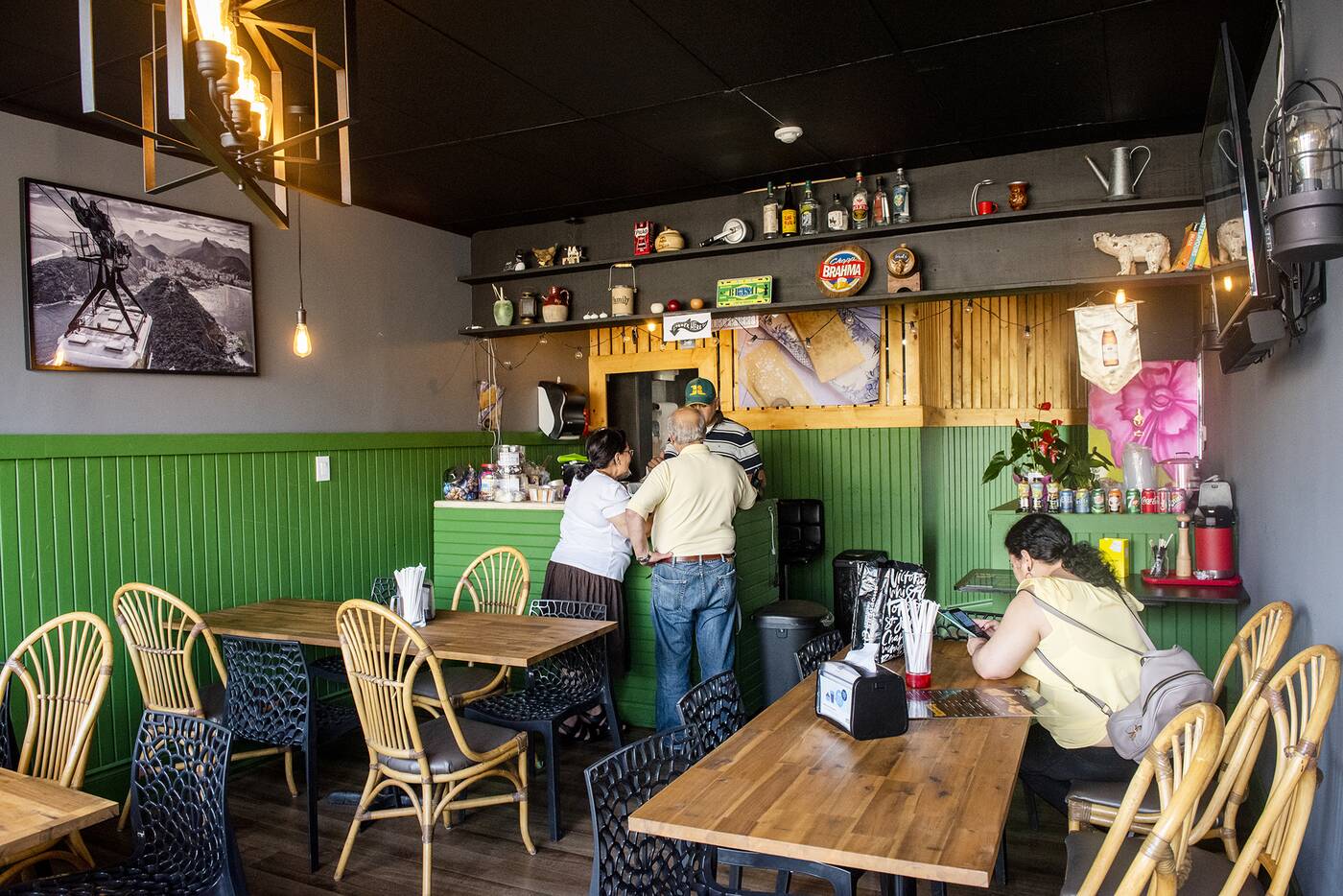 Mismatched chairs are cluttered around large group tables in the space seating roughly twenty, which is somewhat stifling but clearly bursting with Brazilian pride and bound by community interaction. Photographs of various iconic Brazilian images decorate the walls. 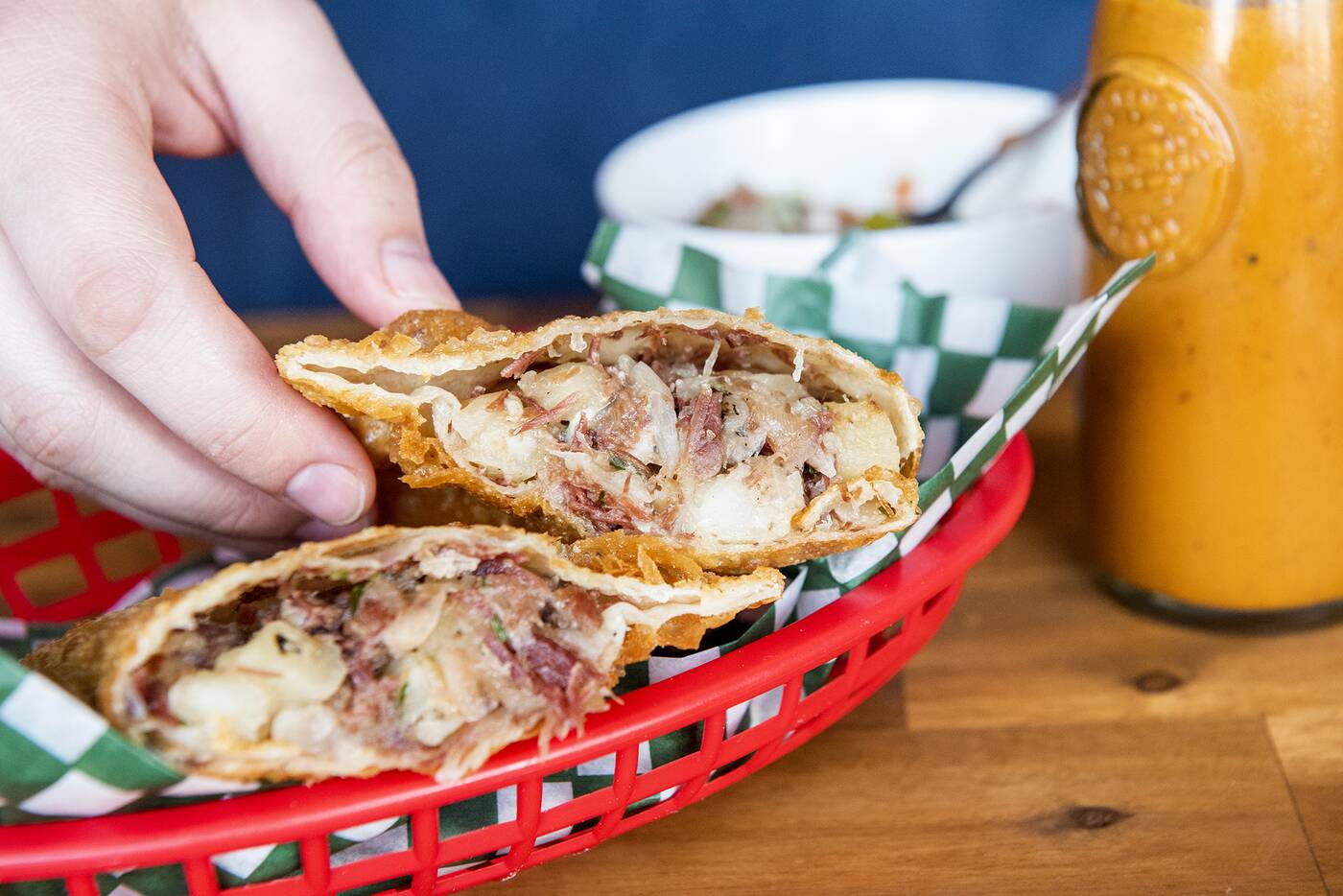 I’d most recommend a Carne Seca variety ($7.25) stuffed with a special kind of Brazilian dried beef that’s been cooked so it’s rehydrated, but still has a nice chew and cured flavour, along with creamy cassava fries and sauteed onions.

The crust is greasy, bubbly, elastic and crispy all at the same time, and comes out piping hot.

A Pizza variety ($6.45) is actually also quite traditional, stuffed with tomato sauce, oregano and lots of very stretchy mozzarella. 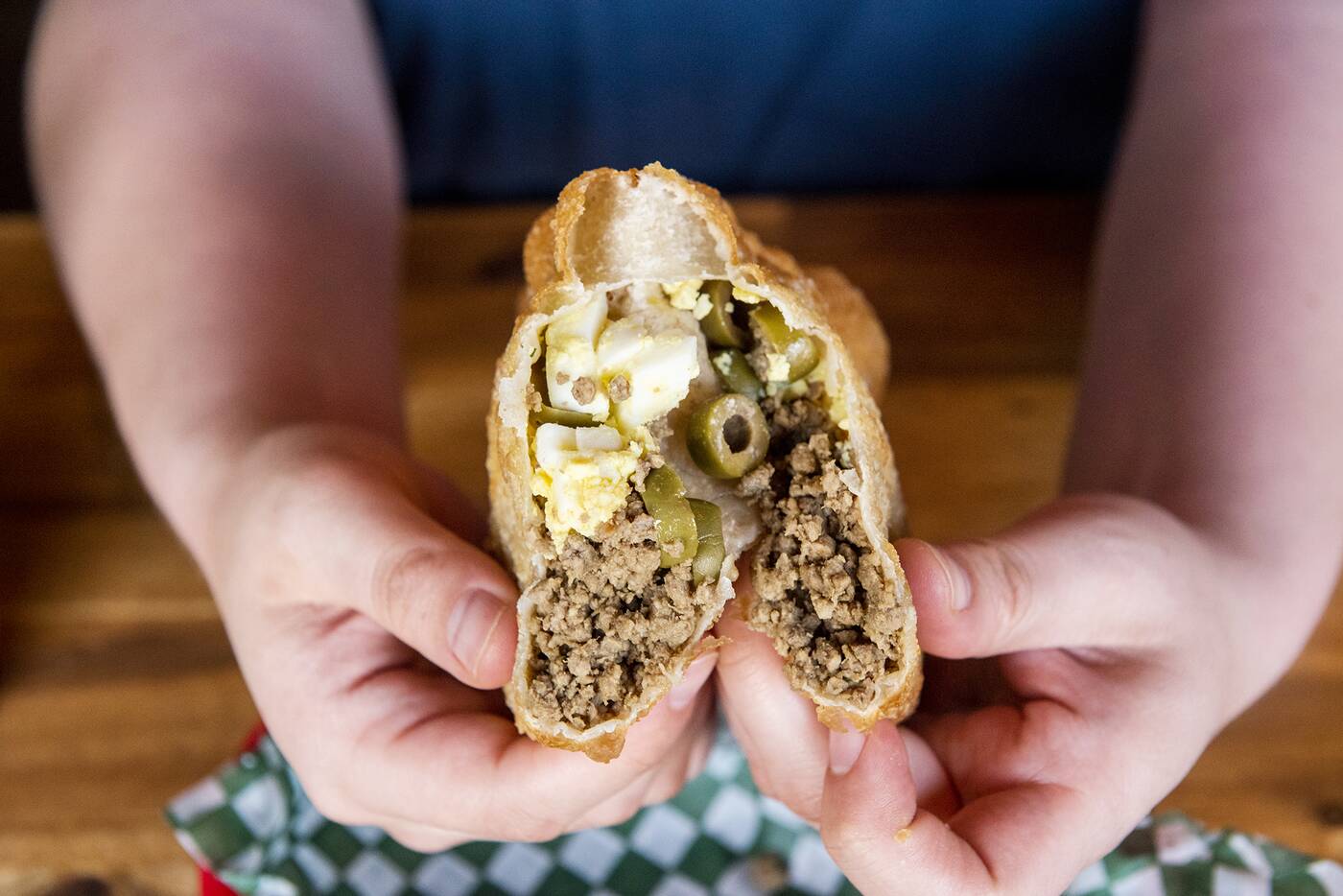 Most traditional of all, perhaps obviously, is the Especial Tradicional ($9.75), not to mention the largest. It’s stuffed with beef ground fresh in house, hard-boiled eggs and sliced green olives that add a hint of bitterness and crunch to the hearty combination. 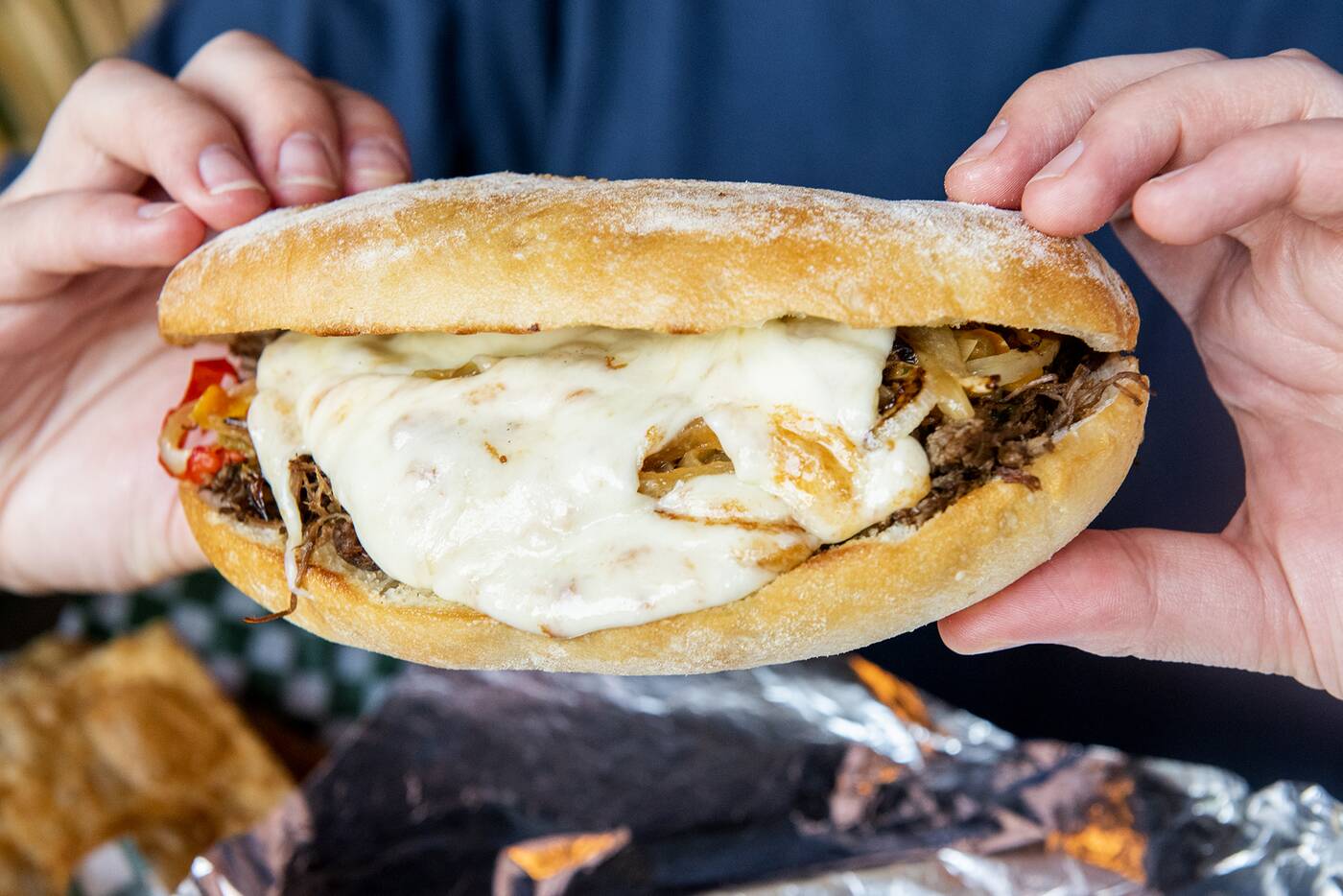 Carne Louca ($8) translates roughly to “Crazy Beef,” one of a list of sandwiches on the menu. Beef that’s slow-cooked in house for several hours is stuffed into a toasted crusty Portuguese bun with onions, peppers and lots of melty mozzarella cheese for a sammy that’s basic but filling. 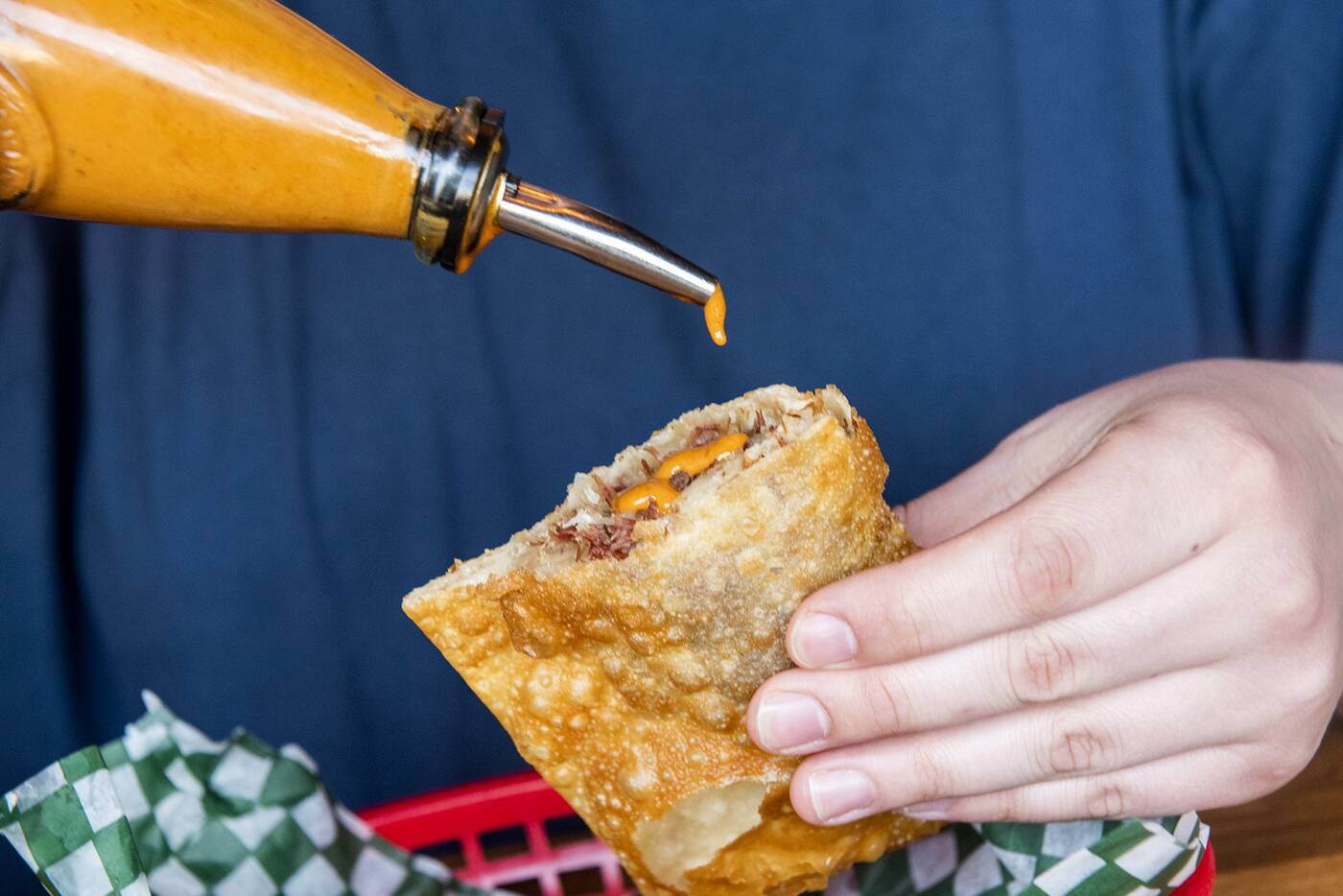 The sleeper hit of this place is a house hot sauce that goes amazingly with everything, a vivid orange opaque concoction that’s relatively mild and creamy but still has a creeping heat.

The other ubiquitous addition for this kind of food is a vinaggrete rustico of tomato, green onion, parsley and bell pepper. 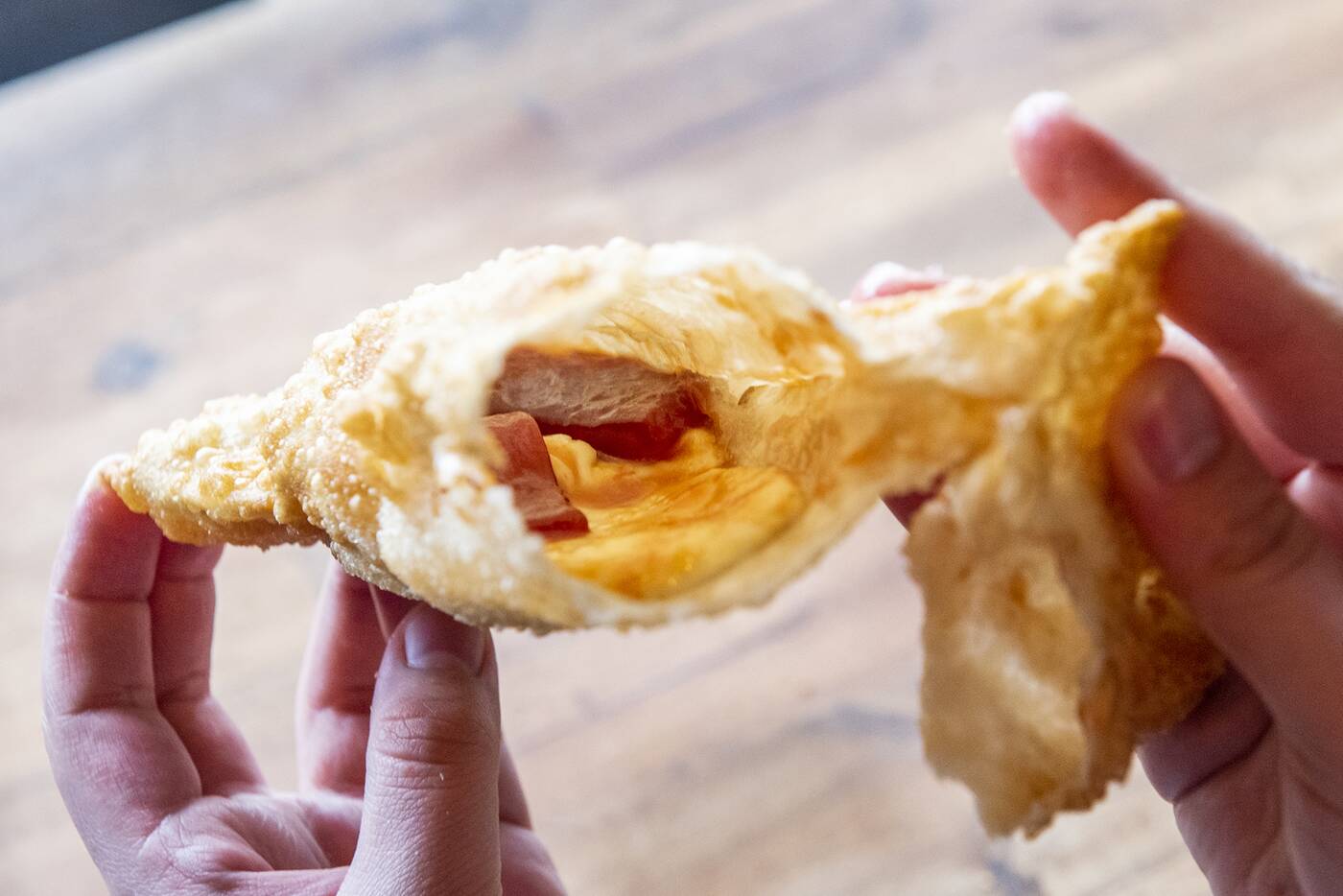 The Romeo e Julieta ($6.25) comes from a smaller selection of sweet pastels, the name apparently instantly recognizable in Brazil. It’s stuffed with an iconic sweet and salty Latin American combination of guava paste and fresh cheese. 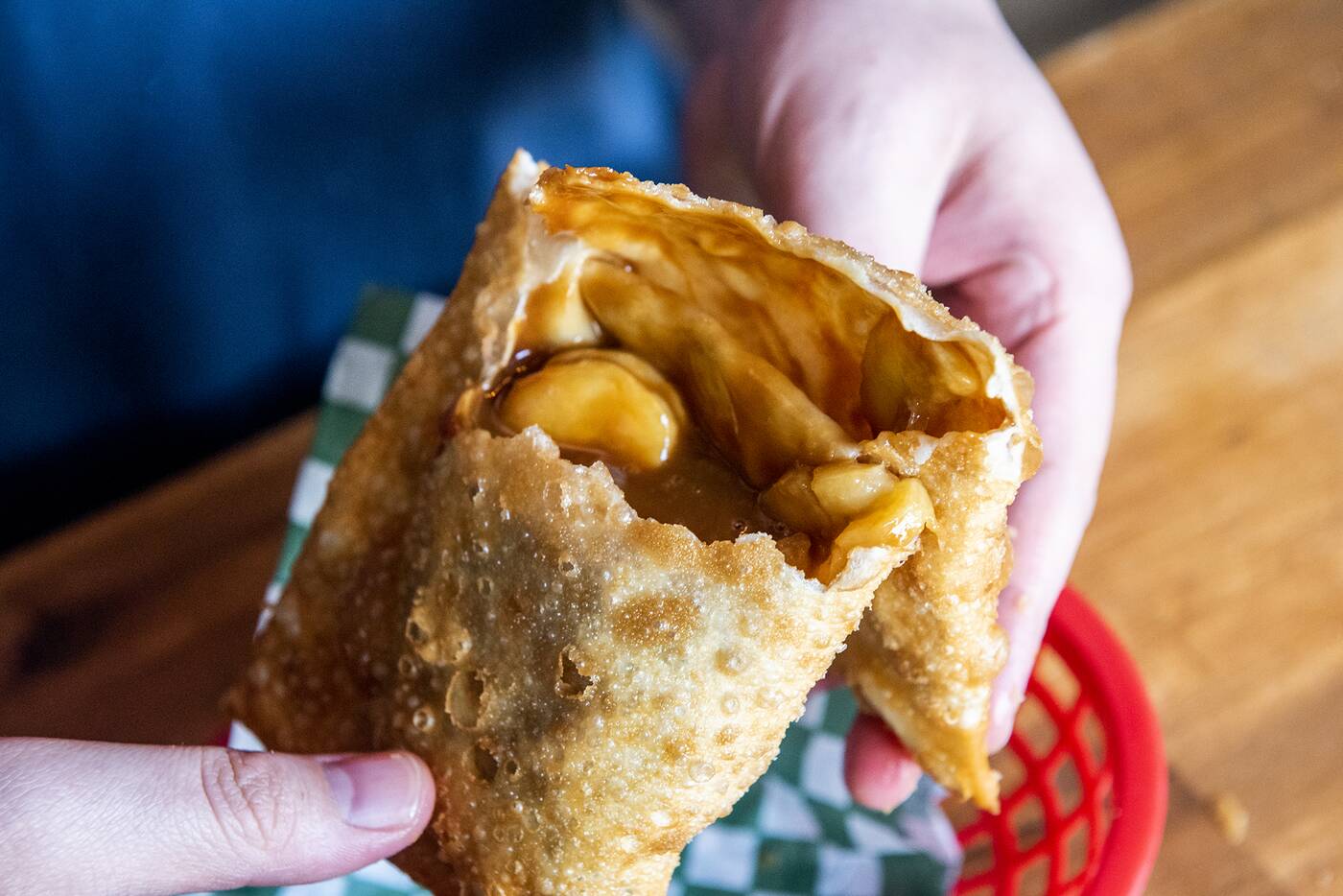 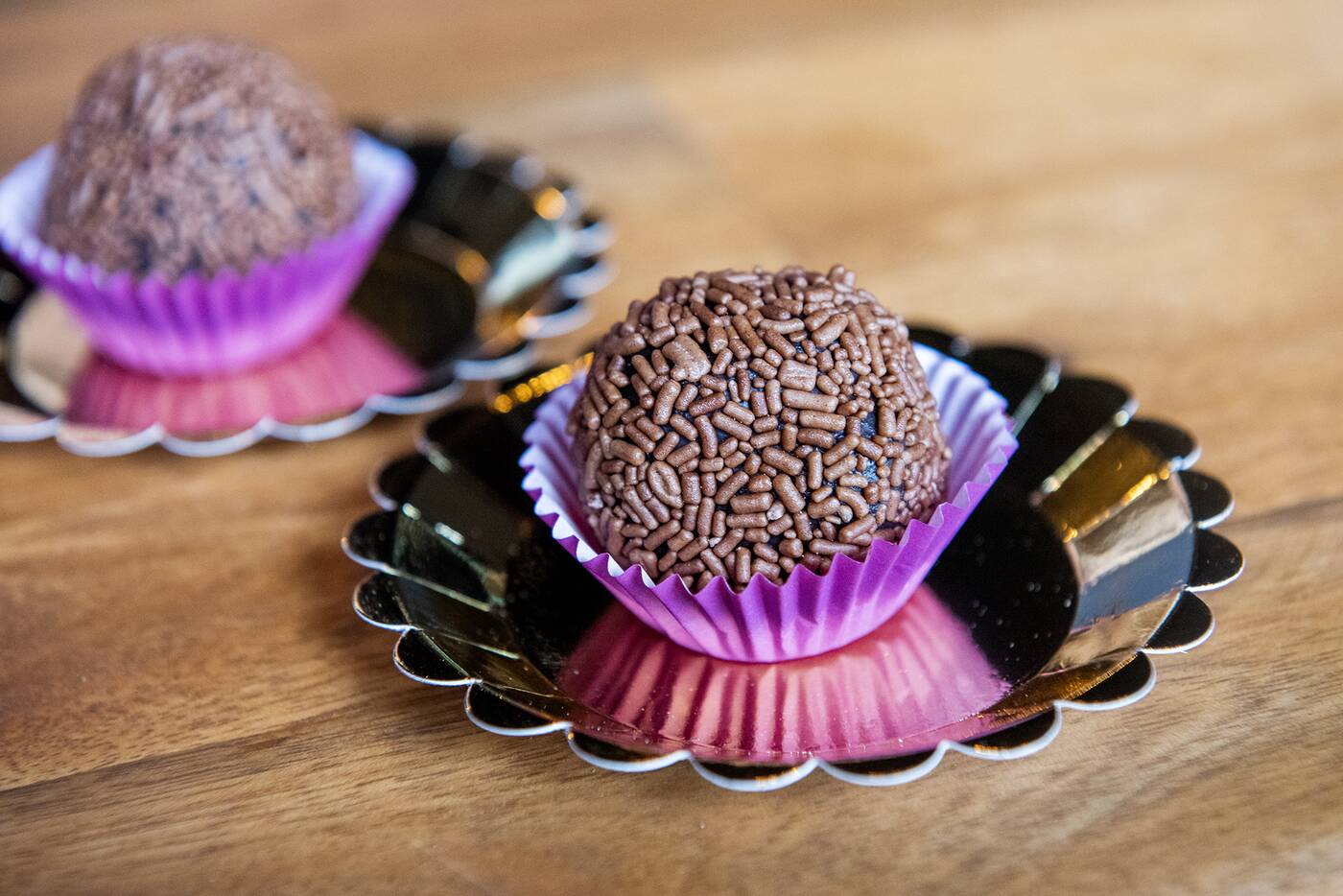 House brigadeiros ($2) are rich chocolate through and through, each bite extremely indulgent, coated in chocolate sprinkles. 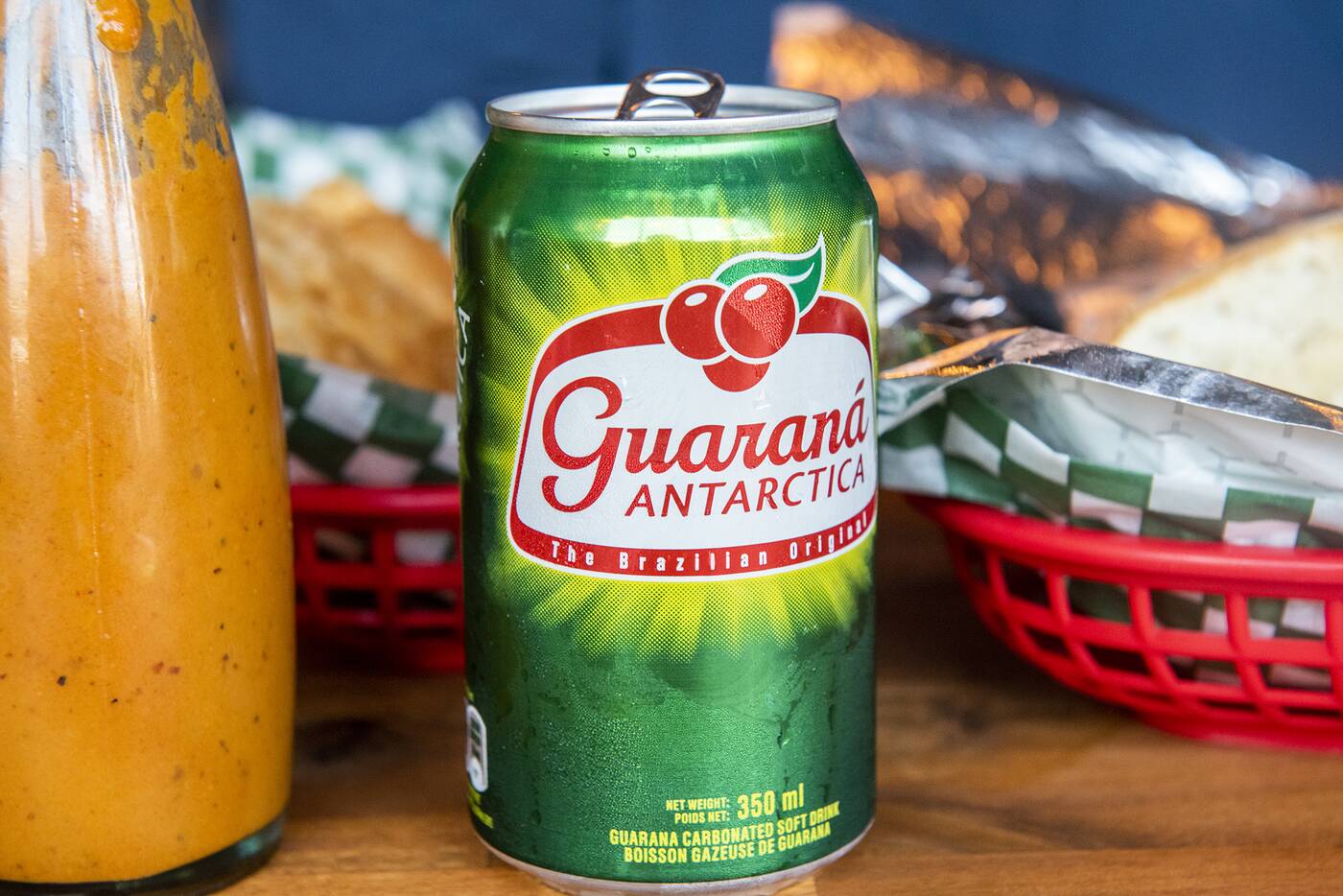 Wash everything down with a refreshing guarana drink ($2.50) that’s made from a fruit from the rainforest and typical in Brazil, with a slight bitter edge and berry flavour but mostly sugary. 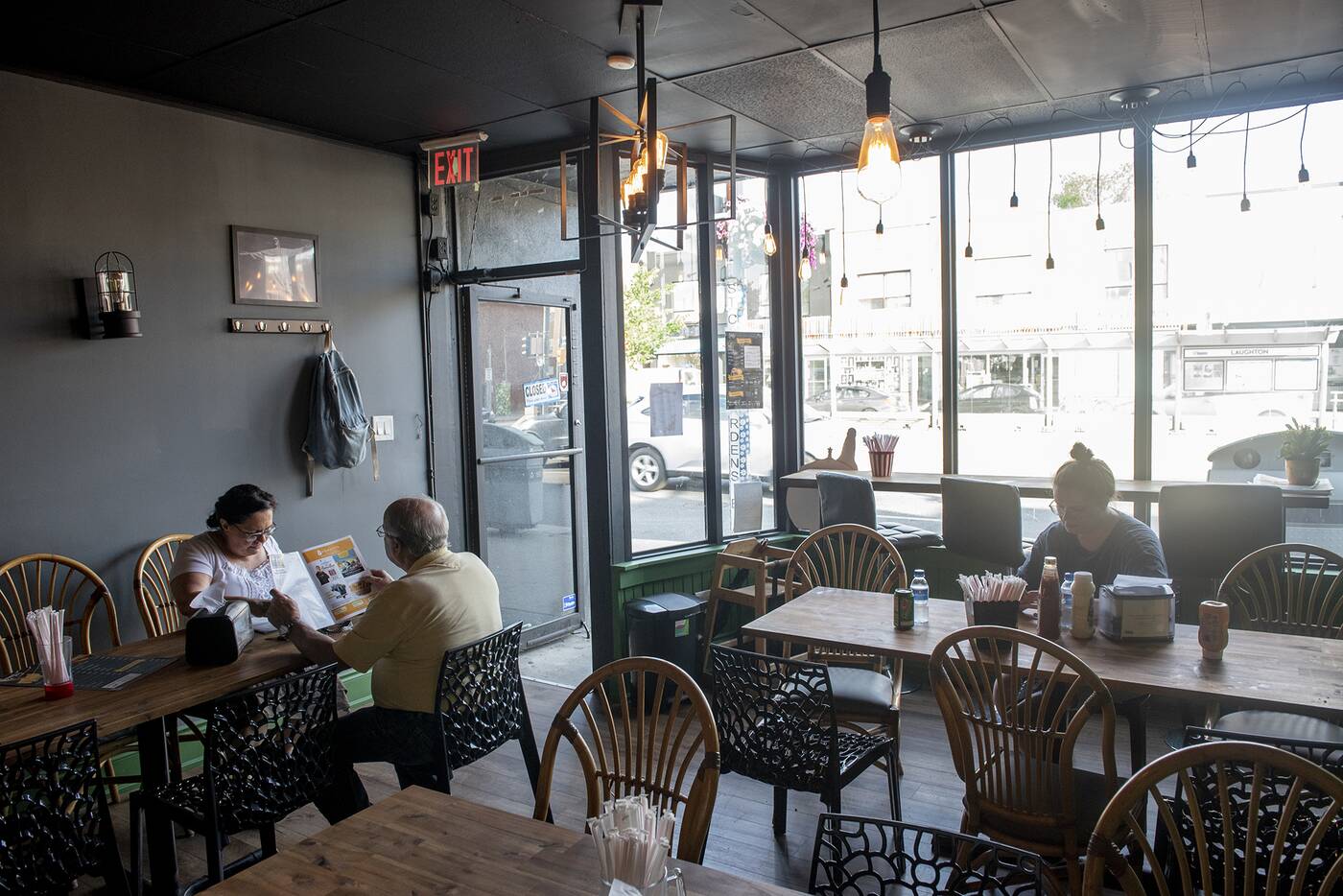 Beef is also ground in house for burgers, which can be made into combos with chips and pop. 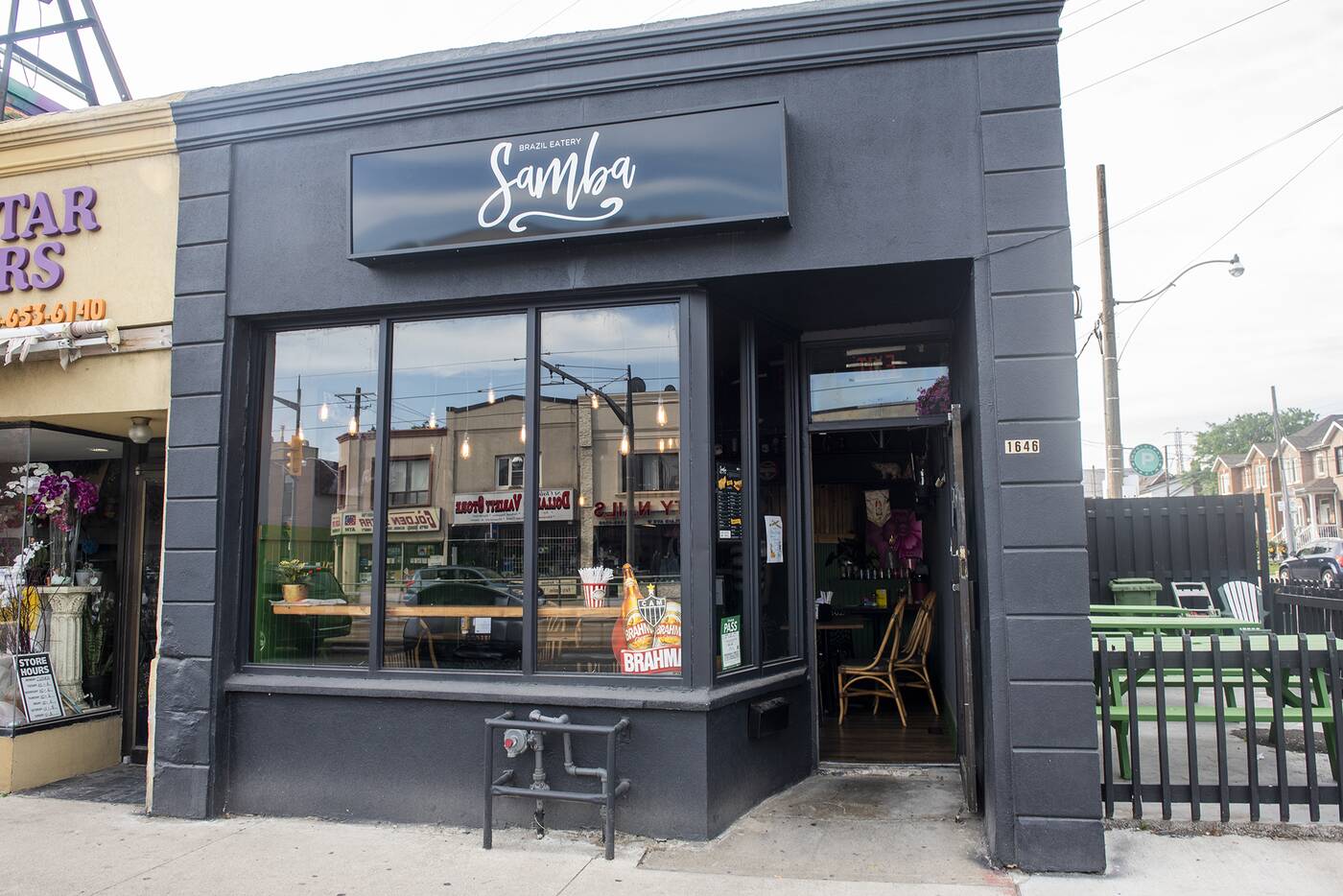