Sagra, an approachable Italian eatery is now open in the Junction . Just off the beaten path on a mostly residential stretch of Annette, the new restaurant is situated next door to The Good Neighbour . 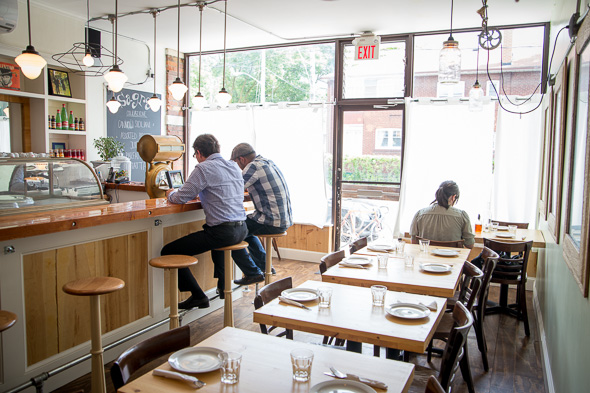 It's the second venture for Rob and Sandra Mandarino who also own The Slow Room , a tiny cafe on College that I happen to frequent. When I heard that the pair was opening this new spot I had envisioned a similar operation; espresso, biscotti, maybe a panini bar featuring the porchetta sandwich I already knew? I most certainly wasn't expecting a wood burning oven in set prominently in the heart of the dining room, nor was I expecting the ambitious dinner menu from chef Sivithar Sitsoruan (formerly of Trattoria Nervosa , Gusto 101 ). 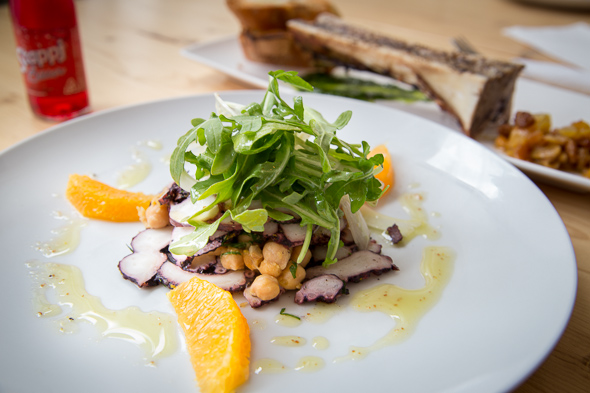 Covering all the bases of a traditional Italian supper, my table orders the entire gamut and sits back for what seems like a never ending parade of plates starting with selections of sfizi . First up, the Carpaccio Di Polpo ($13), a lemony octopus carpaccio balanced by earthy chickpeas with pancetta and an arugula and orange supreme salad. 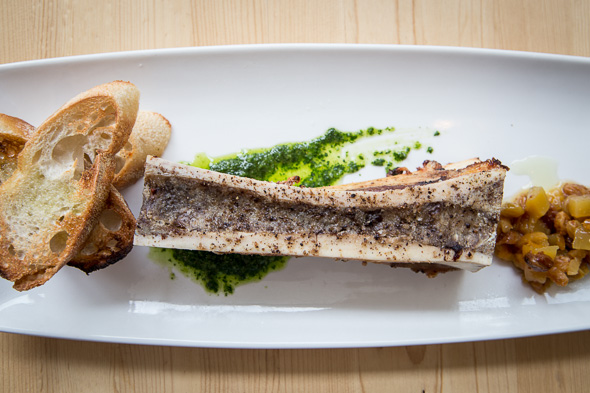 Next, the Midollo Osseo ($11), a roasted bone marrow drizzled with salsa verde and accompanied by crostini and apricot, fig compote. While delicious, it's not very conducive to sharing and I only get a bite. 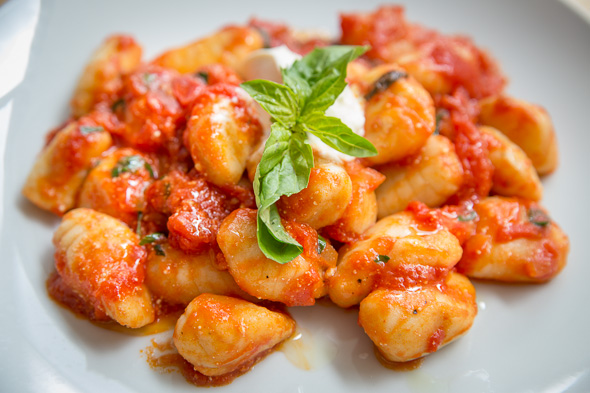 From there, it's on to a pasta like the housemade Gnocchi a Mano ($14) that's tossed in bright tomato sauce and topped with a dollop of fresh ricotta. The potato dumplings are notable for being so soft and barely formed that they seem to melt with each bite. 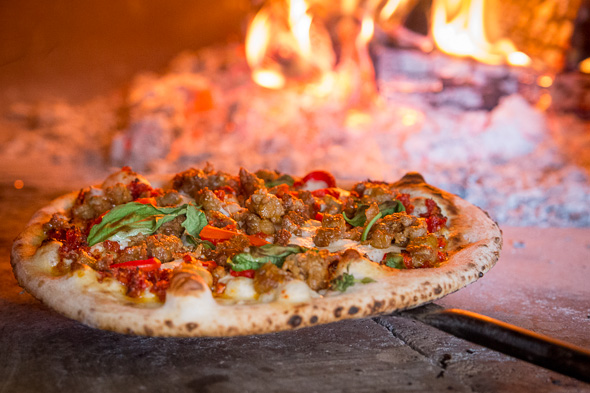 Adding warmth (quite literally) to the space, the Naples style pizzas are cooked upfront offering a glimpse of blistering pies as they come out of the oven. 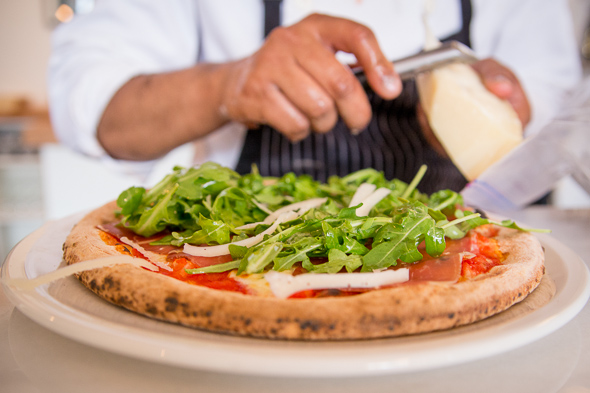 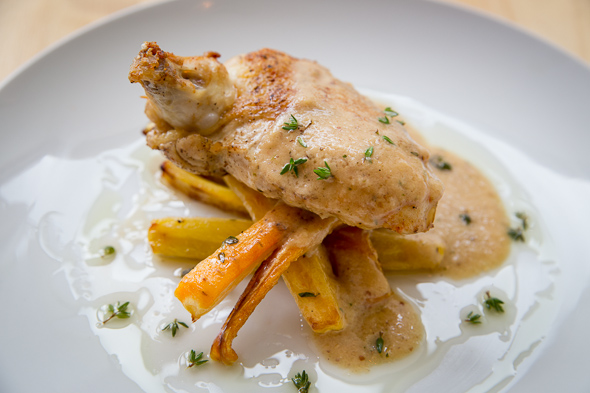 Of all things, the Pollo ($19) is the surprise favourite of the night. The chicken supreme is perfectly pan seared on the outside and moist inside. Smothered with a roasted fennel sauce and accompanied by heirloom carrots, it's a simple but soul warming plate.

While food is great the only thing missed is an accompanying glass (or few) of wine. Sagra currently isn't licensed but should be by the summer's end. 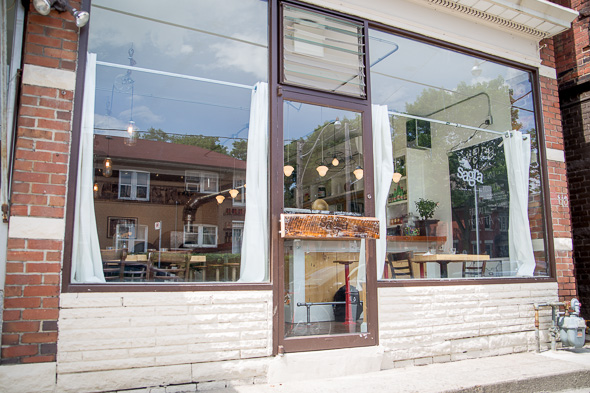