Taverna Mercatto, the fifth edition of the Mercatto family of Italian restaurants, opened earlier this year in the new SouthCore Financial Centre next to the Delta Hotel .

Designed by Munge Leung , the interior is an intriguing mix of gothic industrial and also an homage to nonna 's living room, which sounds bizarre, yet somehow works out to look pretty classy and cohesive. 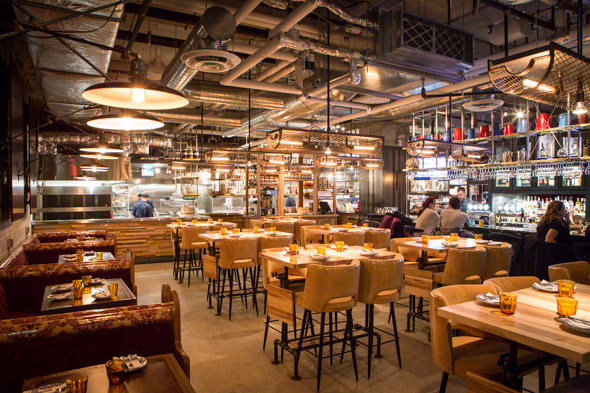 There are barbed wire chandeliers sourced from Prince Edward County, exposed beams, stained glass windows, reclaimed chairs and reclaimed church pews turned into upholstered banquettes that remind one of grandma's couch (with some of it endearingly still covered in plastic).

A private dining area can seat 24 people that can also be split in half. This is one of the largest Mercattos; the entire space fits just under 200 people, including a substantial central bar, which is certainly the largest of all the others. 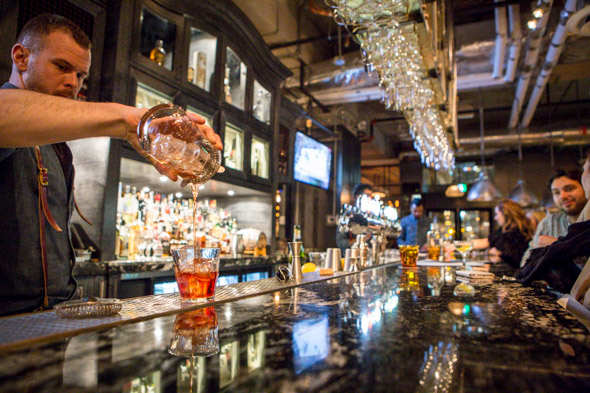 Seven beers on tap - plus Blackthorn cider - are a mix of local (Hop City, Spearhead) and import (Peroni, Estrella Damm), and range from $6 to $9. There's also a good variety of local and import craft bottles. In addition to local wines, there's a nice selection of Italian bottles split into regions (Northern, Central and Southern). 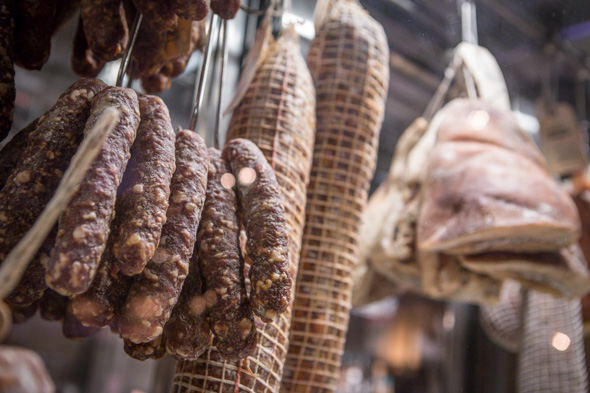 Executive chef Doug Neigel's menu of Italian fare is prepared in a sizable open kitchen in the back of the restaurant, next to a display of hanging cured meats.

We start with the Dall'acqua ($45), a large seafood platter of king crab legs, wild shrimp, albacore tuna crudo, a salad of Moroccan octopus and Bay of Fundy scallops, and a house-made hot sauce served in an eye dropper bottle. The salad contains crisp Granny Smith apples and is a refreshing accompaniment to the shellfish (and octopus). 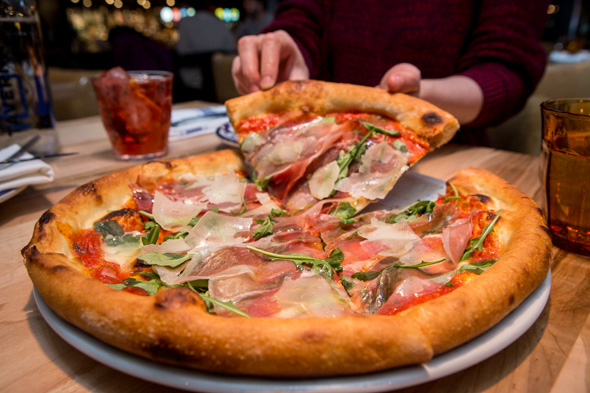 Prosciutto e rucula pizza ($18) comes with a thin crust and a bit of char, and is topped with parma ham, arugula and Grana Padano and fior di latte cheeses. The San Marzano tomatoes used to make the sauce make it especially tomato-y, but make sure you eat it up quickly, or the bottom will get soggy. 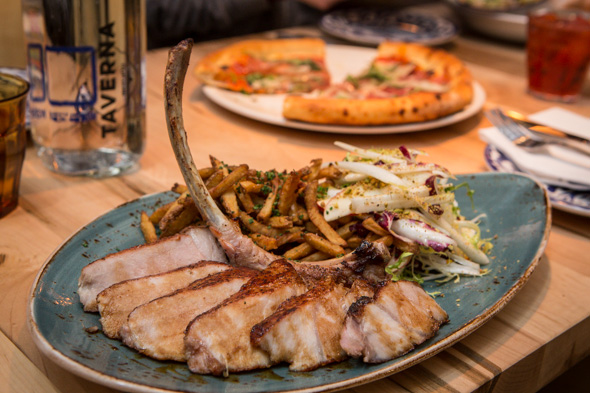 One of the kitchen's faves is the Ontario-grown Berkshire pork chop ($29), which is a long bone chop brined in-house served with apple and chicory slaw, agrodolce (sweet and sour) sauce and Yukon fries. The meat is tender and the complete opposite of dry, which is how most pork chops sadly tend to end up.

This one is surprisingly full of fat (thanks to its breed) and flavour, and while the big bone it's served with makes me feel like Fred Flintstone as I chow down, it's difficult to disagree with the kitchen's claim that this is one of the best pork chops in the city.

With prime positioning between the ACC and the Rogers Centre, this is definitely one of the best restaurants in the area for a pre- or post-game meal, or even just a place to grab a drink and catch a game on one of the flatscreens at the bar. 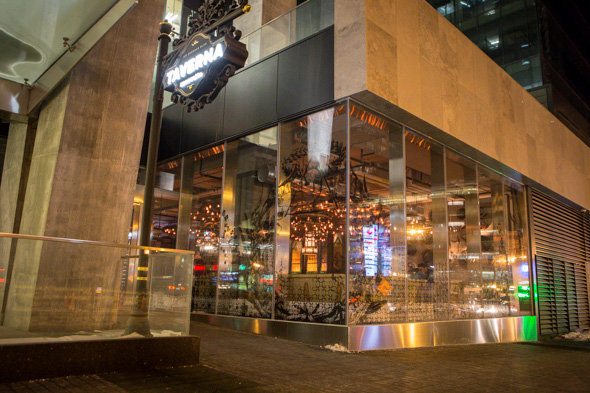