Roywoods initially started out as just a takeout spot near Fort York. With this second location, they’re getting closer to being a bar, serving alcohol here and upping the elevation on their Caribbean menu.

In fact, the old school chef from Roywoods and a brand new chef have collaborated to create the new menu still firmly based on tradition. 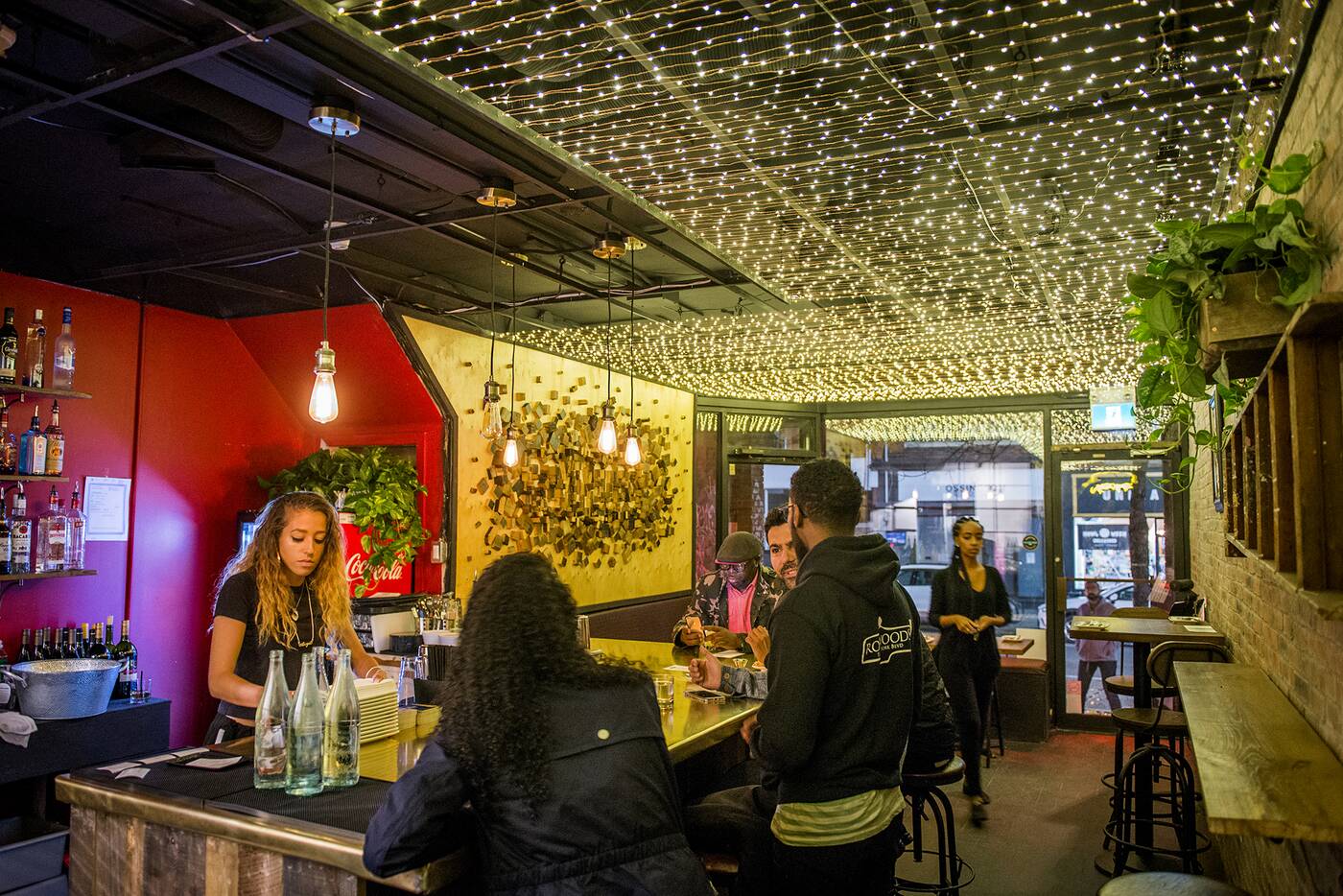 The place also has a speakeasy element, with more of a restaurant vibe at the front and a teeny secretive bar at the back. 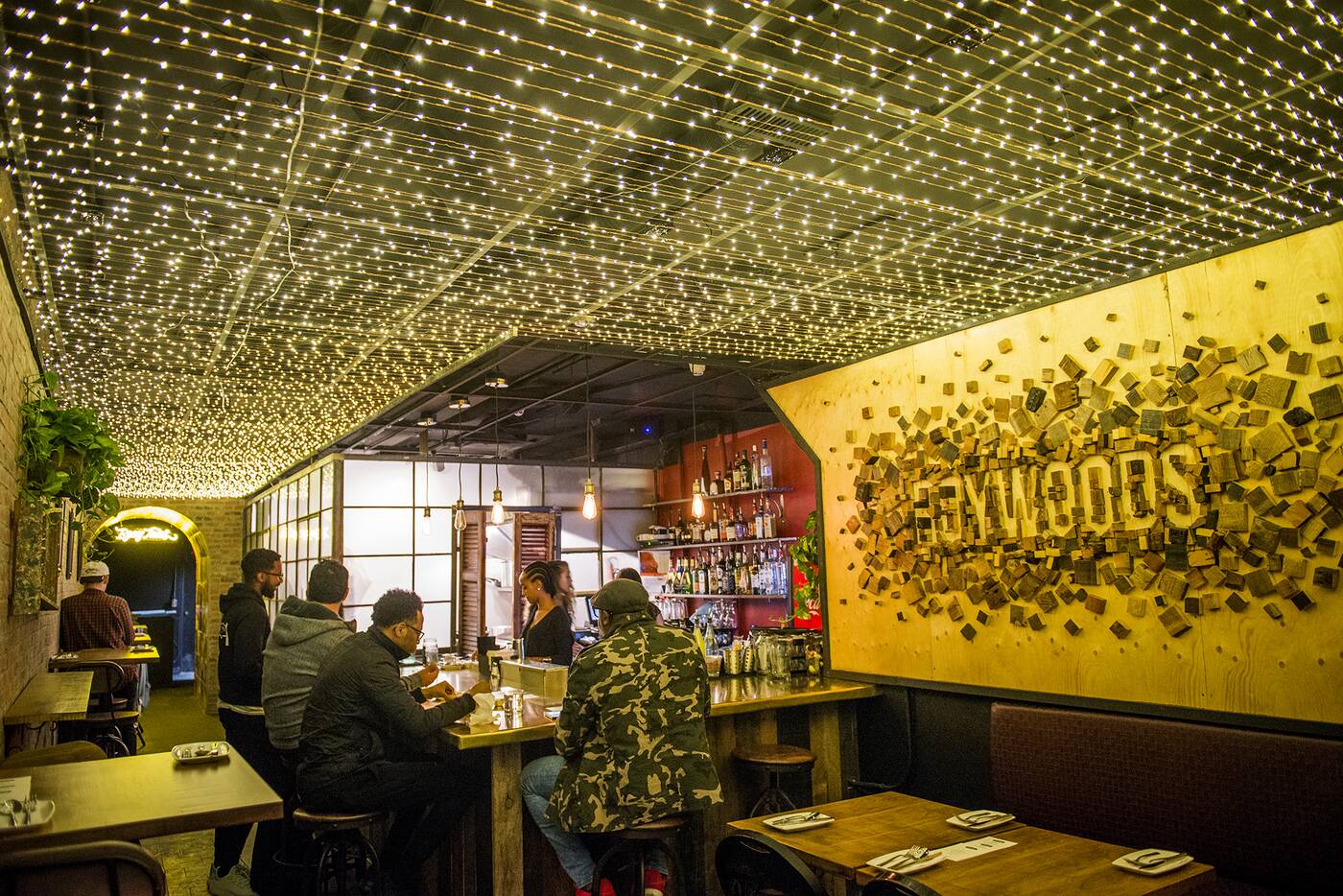 Owner Regis Jay is responsible for all design of the space, including the wooden graphics adorning a front wall. Photos of Ossington street art hang on exposed brick under a ceiling of densely strung twinkly lights. 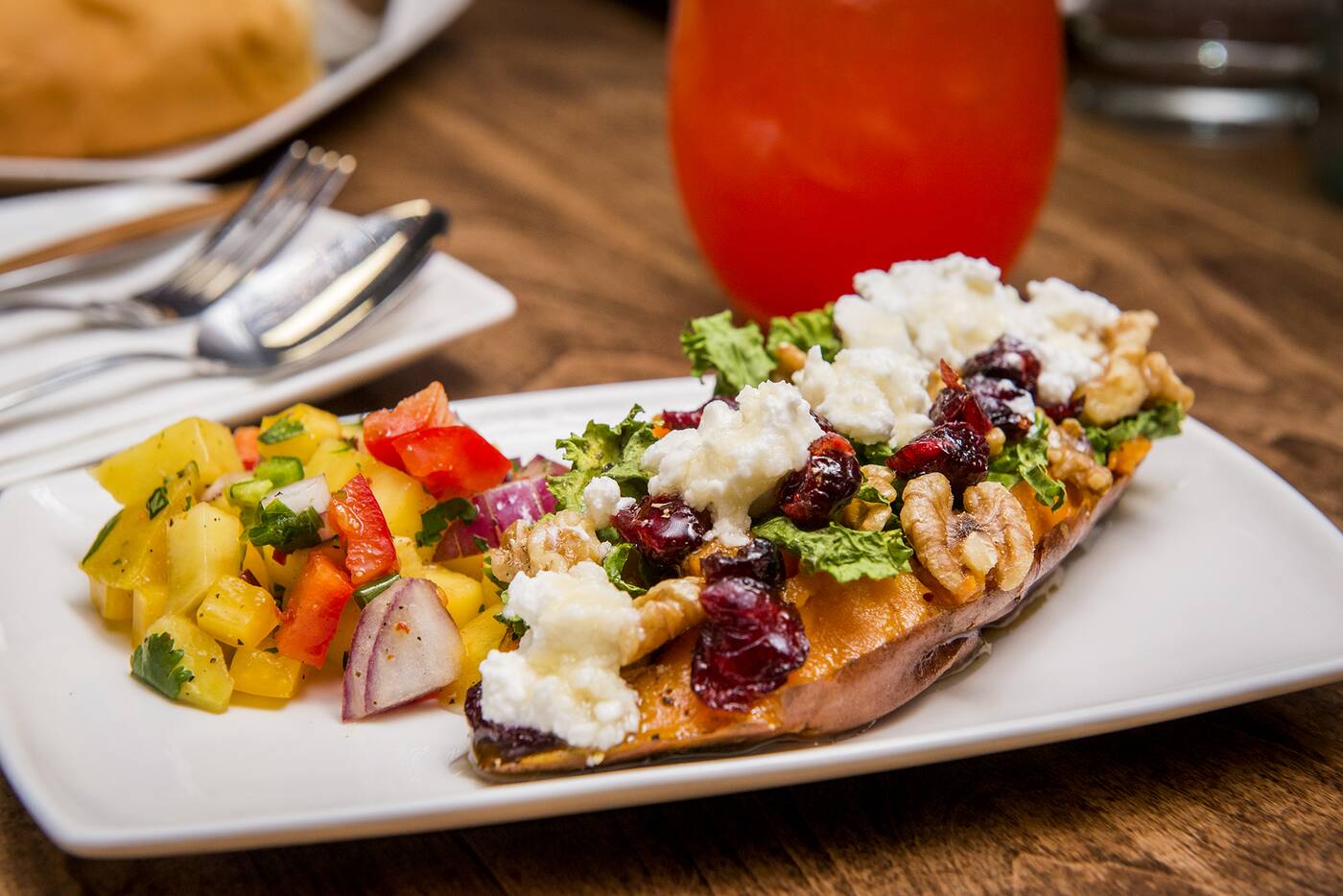 Sweet potato ($13) comes in two forms and is actually a great vegetarian option. Get it as a cake or baked with a holiday-esque feta, cranberry, walnut and honey stuffing, served with a refreshingly bright, acidic mango salsa that just adds to the healthful feel. 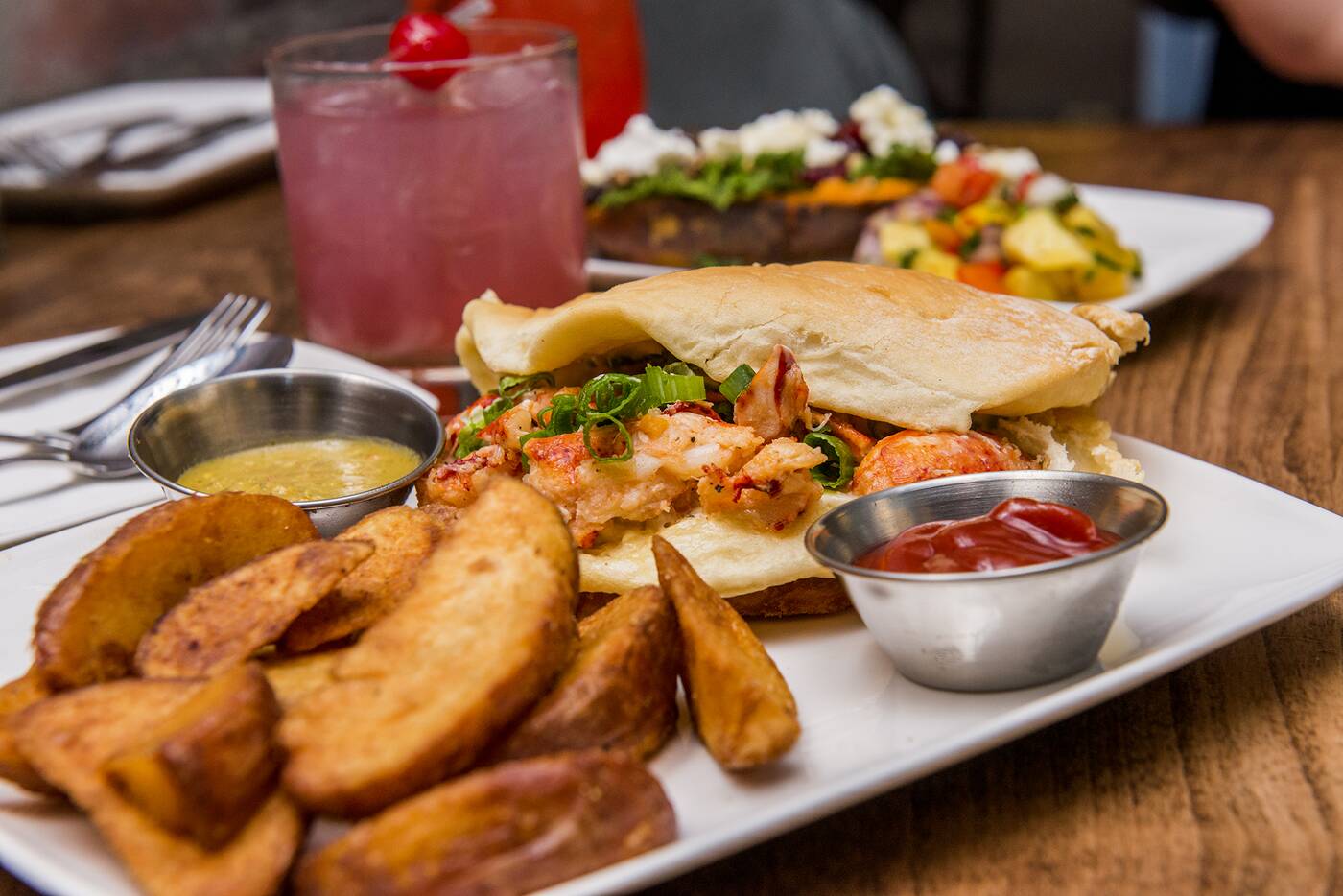 Lobster on coco bread ($17) is a special the day of my visit, a far cry from their jerk chicken sandwich but just as good in a heightened way. The lobster is tossed with garlic, butter, lemon and spring onion, served with spicy mayo and a choice of salad or thick-cut fries. 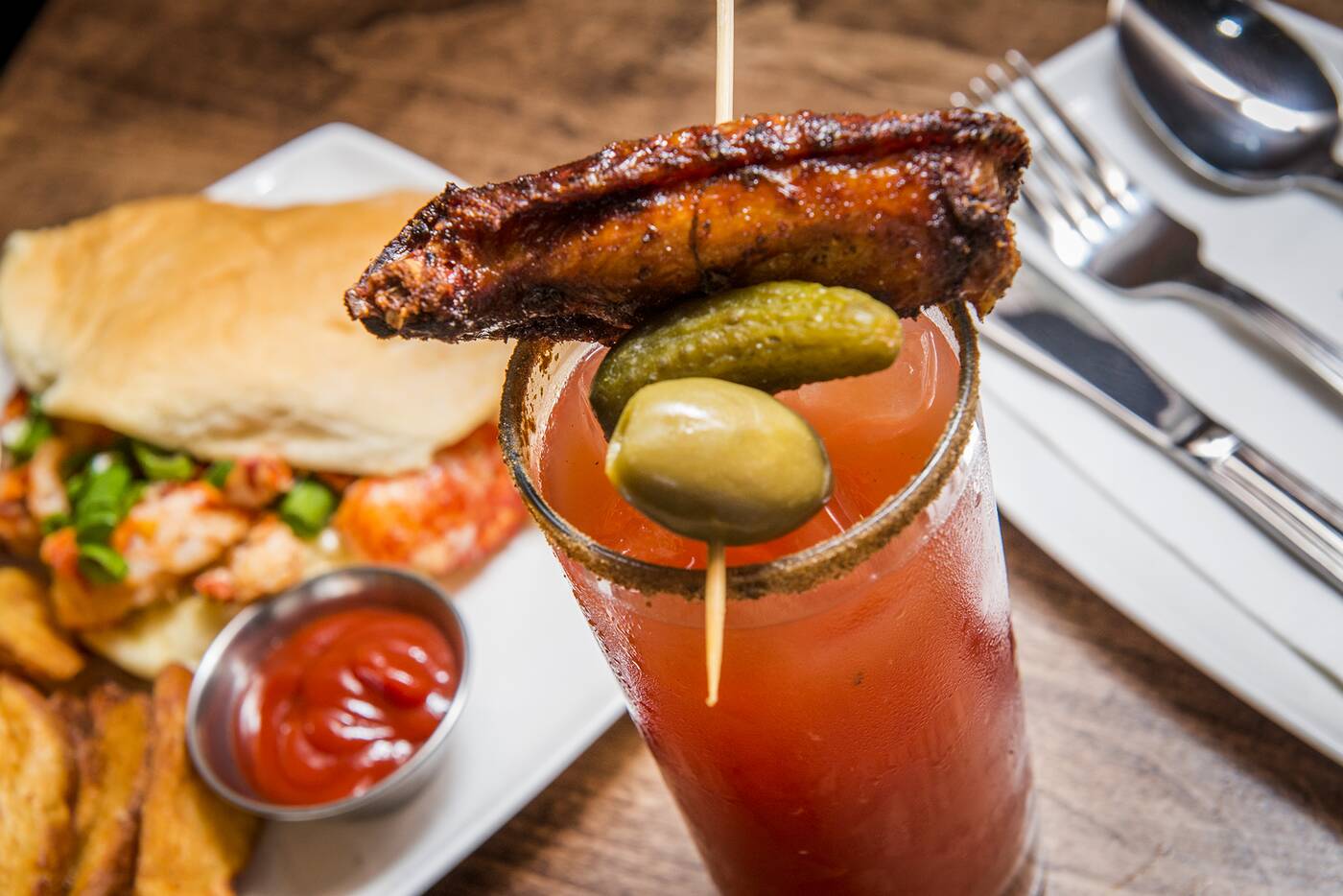 A Redd Foxx Ceze ($12) convinces me the only thing missing from this picture is brunch. The recipe is pretty standard with Clamato, horseradish and pickle juice, but it’s amped up significantly by a jerk seasoning rim and the option of a jerk wing garnish for $2. 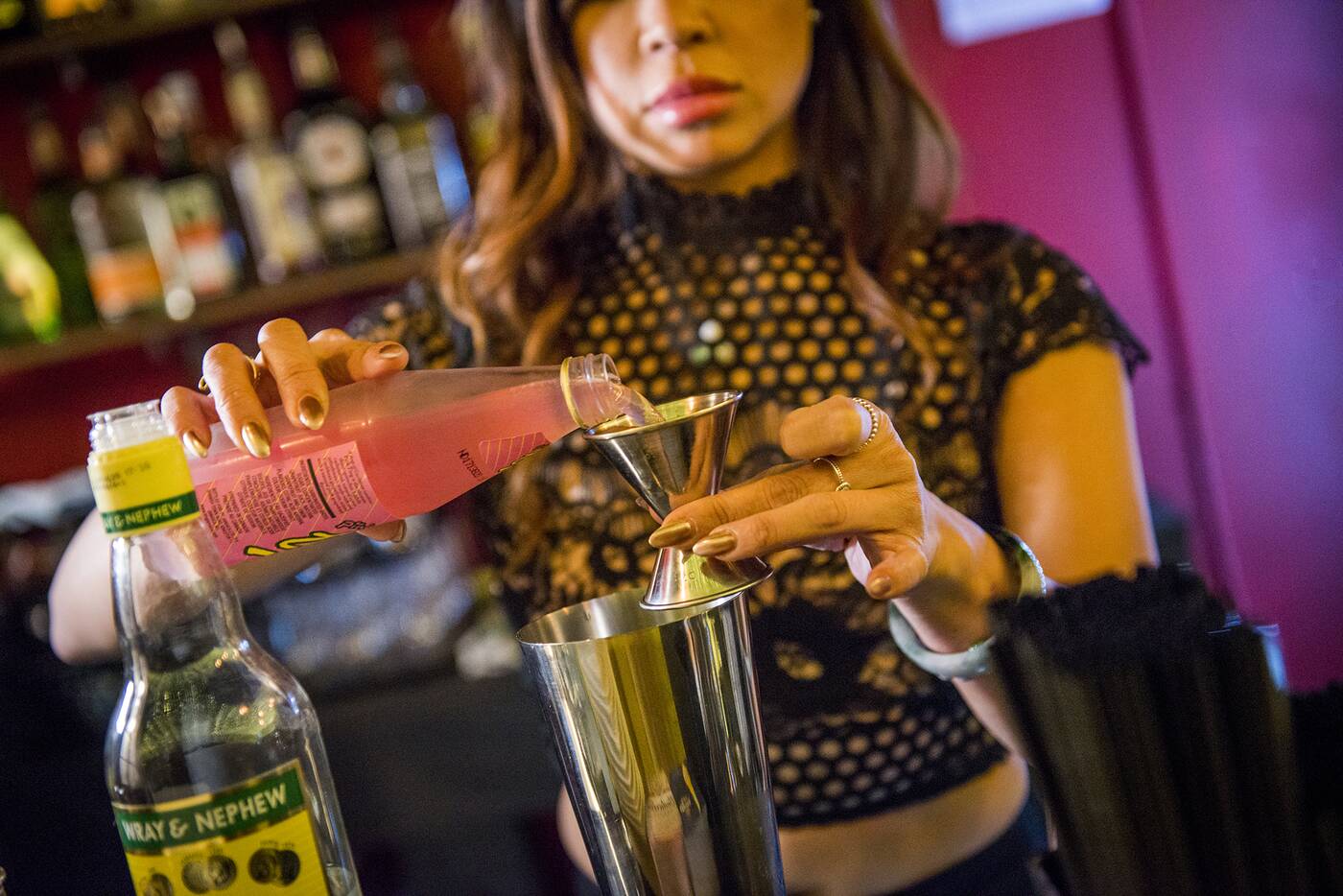 Names of cocktails only get more creative from there with drinks like Nephew’s Side-Ting ($14). 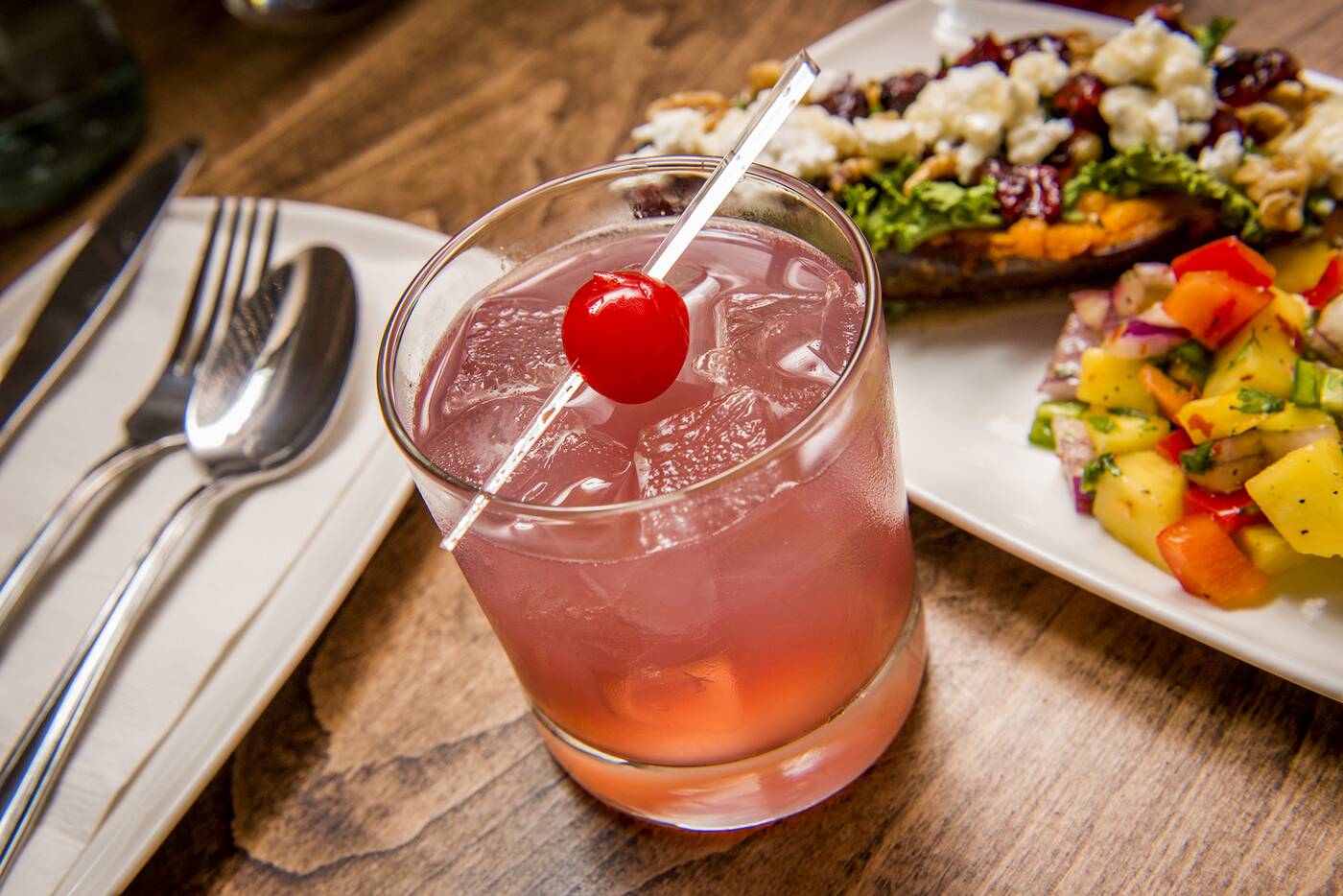 It’s so named for the 68-proof Wray Nephew White Rum and Pink Ting it contains, finished off with lime juice, Chambord, and a maraschino cherry. 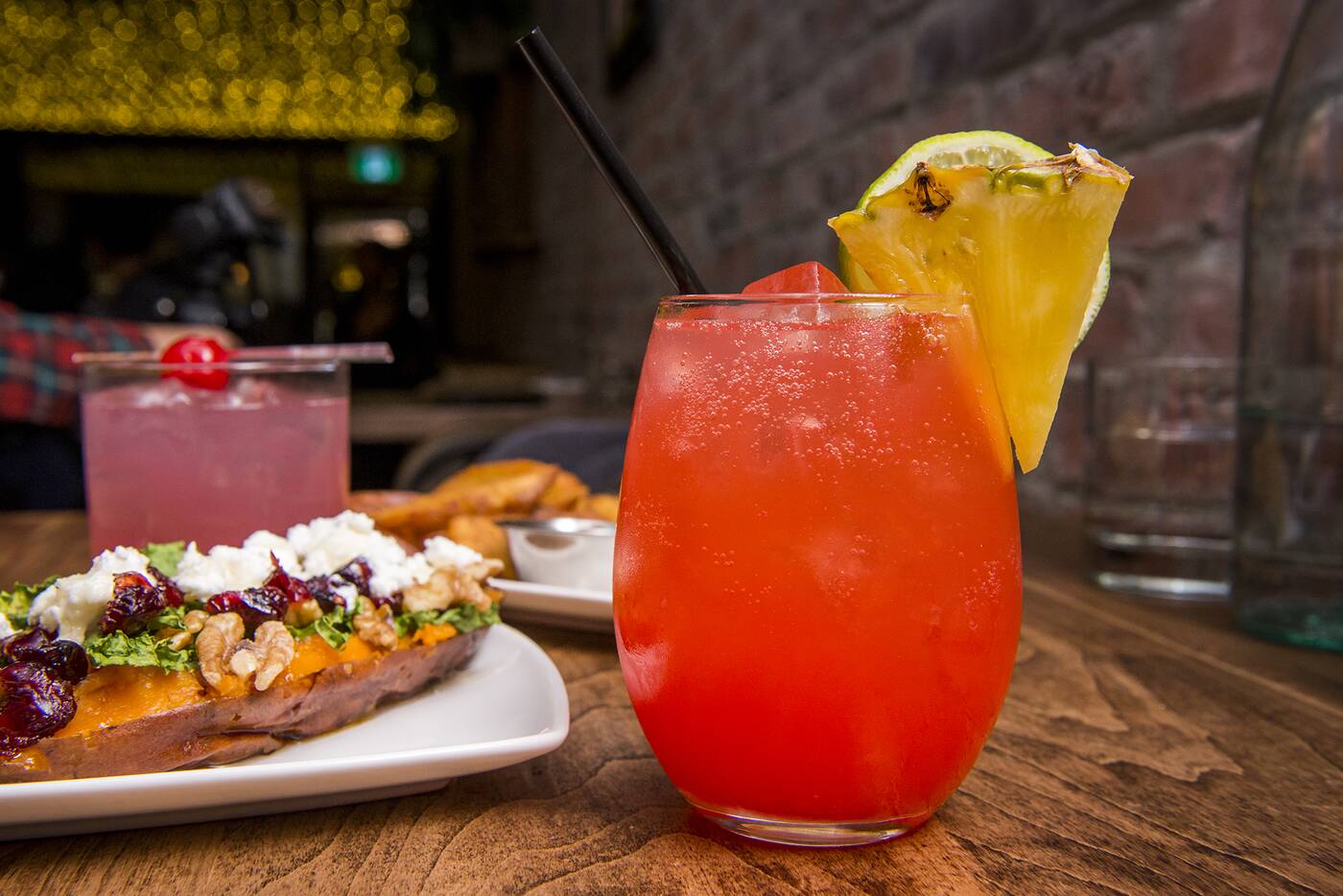 Of course, there are also your standard beers like Red Stripe ($7) if you’re not a cocktail drinker. 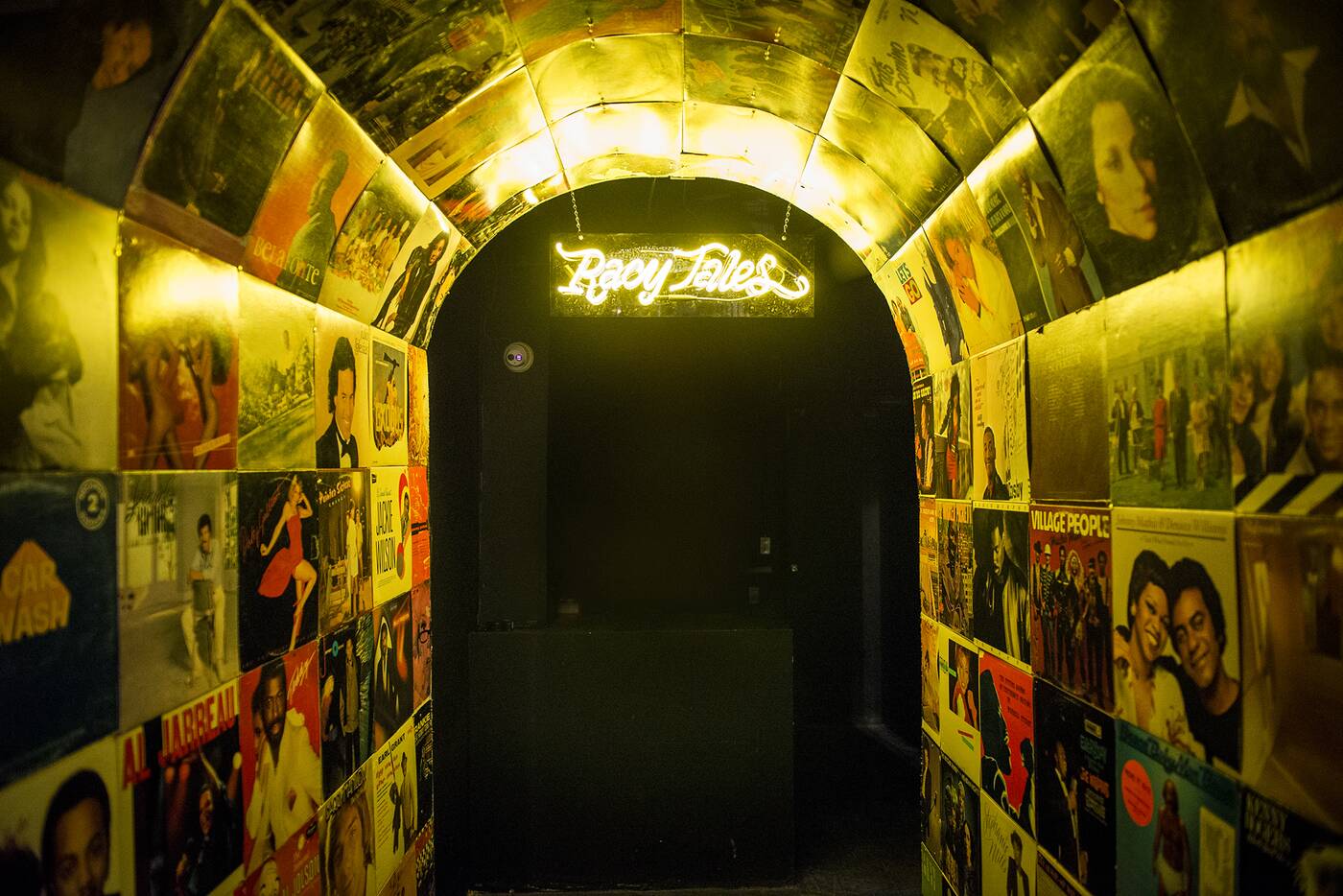 Like many in the area the space was most recently a dispensary. A sort of tunnel leading to the back speakeasy area is plastered with album covers, neon reading “Racy Tales” (the name of a Redd Foxx album) marking its end. 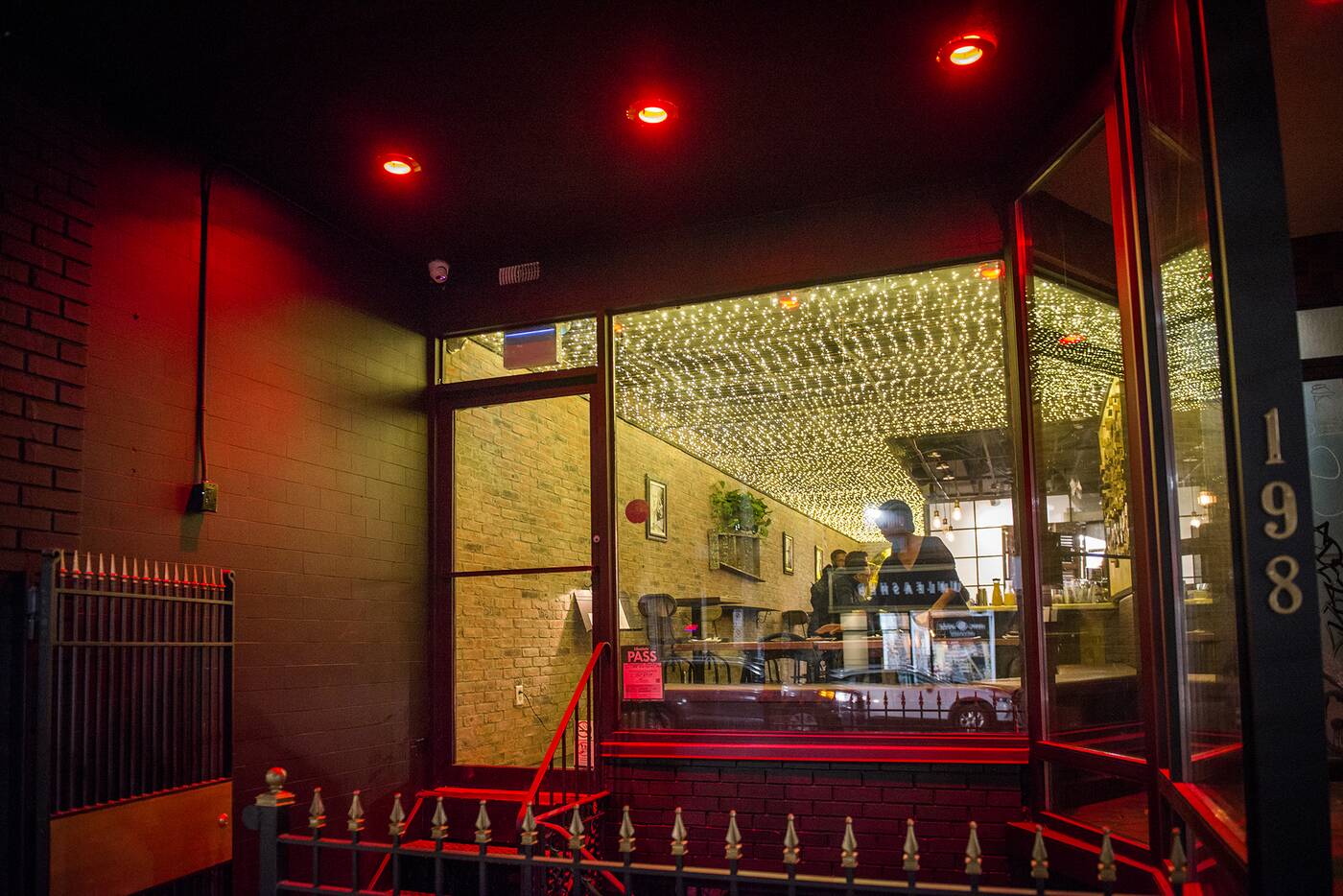