Romeo's Juice Bar guarantees that its juices and smoothies are made with the freshest possible fruits and vegetables. And that guarantee comes with a pretty good backing — Romeo, himself, is the produce wholesaler.

Now in Kensington Market for about three months, Romeo's Juice Bar is nestled beside Big Fat Burrito off of Augusta, in a building that is actually entirely under Romeo's ownership. I meet the man behind the bar moments after arriving, and I'm immediately overtaken by his energy: he's definitely one of those high-on-beets types. 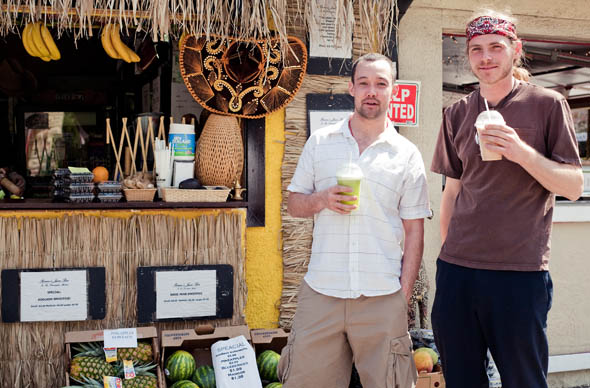 Romeo shut down the stand but continued to operate his wholesale business, though the space was closed to the public. Visiting the food terminal five days a week, he made green asparagus and broccoli his life's work, but always hoped that he would again open a juice bar. 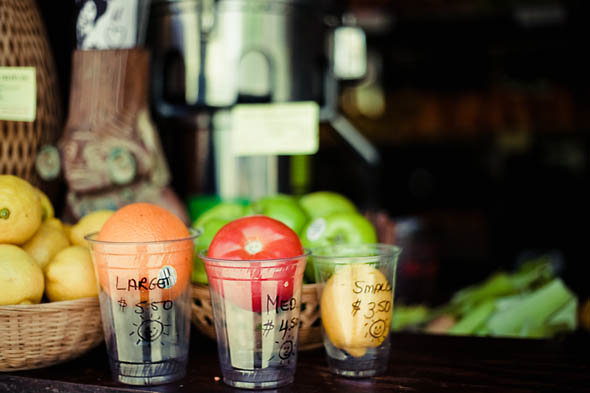 When asked "Why now?" Romeo simply says all the cards lined up. "It hasn't been easy, but I knew I'd be back to juicing." Romeo says he'd like to open up the space — that which is now filled with apples, oranges, peppers, and more for individual sale — and create a seating area and lounge for when winter rolls around.

For now, though, he's busy concocting creations ($3.50/$4.50/$5.50) using fruits and vegetables from the terminal, which he hopes to supplement with fresh herbs from his own garden. With some predetermined juice and smoothie options on display (plus, of course, the choice to create your own), I ask Romeo for his pick of the blends. 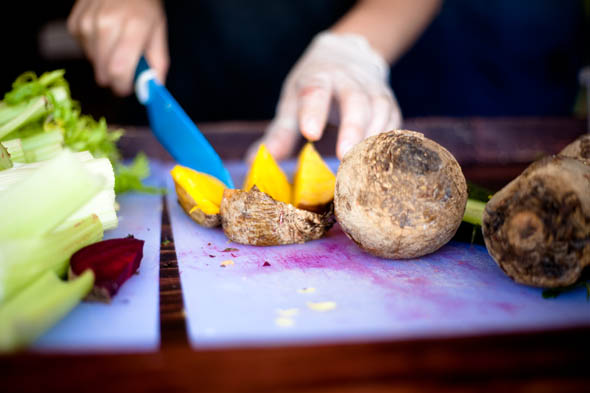 I suspect its popularity might be due to the fact that the Basil Pear recipe is front and centre at the bar, but I opt to try it out anyway. Romeo uses his own fresh pears, of course, and blends them with fresh basil, low fat frozen yogurt, honey, and almond milk to whip up something cool and pale green. 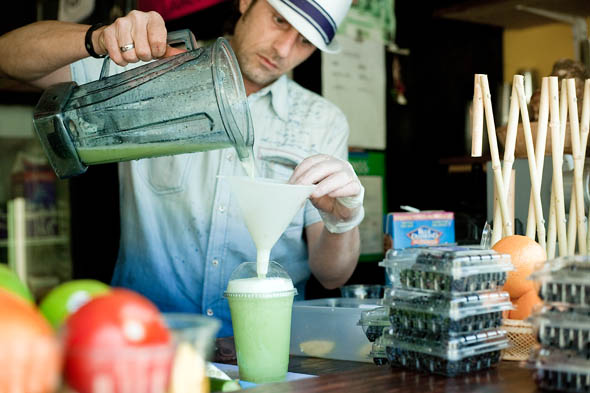 "And I do this just for the ladies," he says, skewering a strawberry over a straw and plopping it in the drink. Lest I start wondering what he does for the men, I take my first sip and find it silky and refreshing. The basil somewhat overpowers the pear, but Romeo says he's always happy to amend drinks to the customer's liking. "If you want a little more of this, extra honey, or whatever, we'll do it." 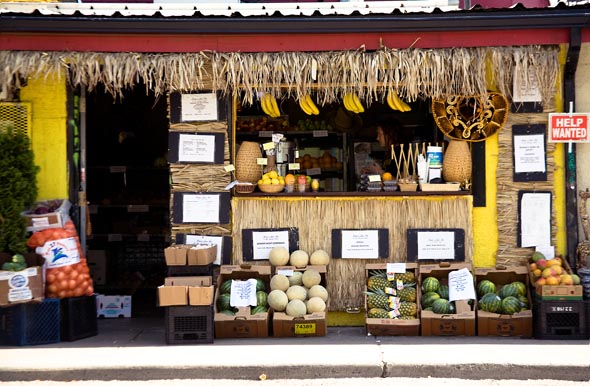 He says that commitment to customer quality, as well as the freshness of his produce, will make him stand out compared to other Kensington juice bars such as Sadie's or Juice Dept . "None of this is frozen," he says, offering me a piece of ripe mango. "And we'll make it just how'ya like it."