Riverside Public House officially opened a couple of weeks ago in the sprawling space previously occupied by the Blue Moon Pub just a half block east of Broadview on Queen Street East and right beside The Opera House .

Co-owners Mike Homewood ( Baby Huey , The Curzon ) and Nav Sangha (of Wrongbar and The Great Hall ) have transformed the former pub into something decidely more slick — something that many would refer to as a gastropub (but let's not do that, ok?). They've enlisted chef Dustin Gallagher (formerly of Grace and Top Chef Canada fame) in the kitchen, who's crafted a menu that skillfully nods to upscale English pub fare. 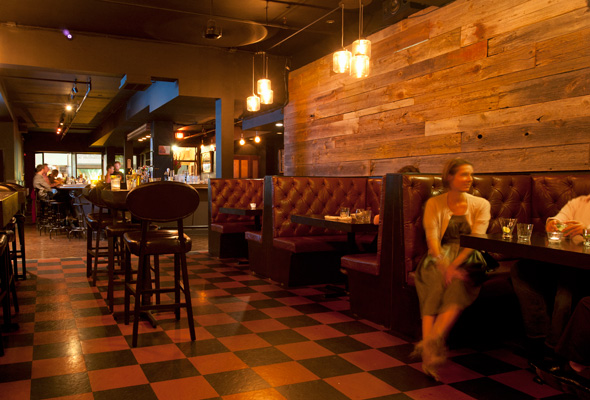 While they've repainted the place black, the space still retains character with an exposed brick wall, deep red leather booths and plates that look straight out of Grandma's kitchen (a good thing, to be clear).

The space also doubles as a music venue, with an ample area at the back reserved for live acts and the occasional DJ. They currently have The Neil Young'uns holding court every Thursday night. Unsurprisingly, the comparisons to west end haunts like Parts & Labour and, of course, Wrongbar have been in plentiful supply since RPH started receiving customers.

We started off with a whole lot of anxiety due to our elevated position at the barstools that line the centre of the room and the attention that we drew when our appetizers were placed in front of us and then not touched until a flurry of photos were taken. This garnered an accusation that I was a "food vampire" from a neighbouring table. I don't know what that is, but I'll take suggestions. Anyone? 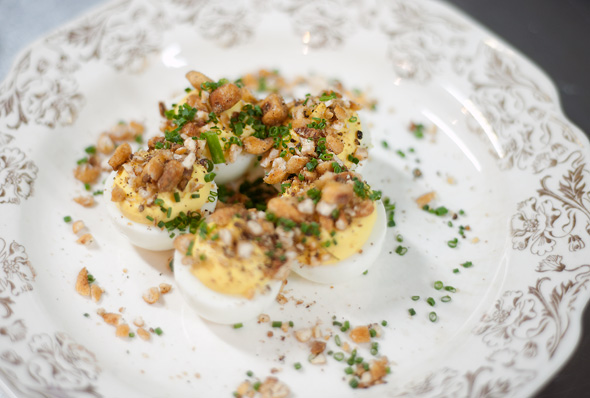 Can we finally talk about the food now? While one of the main draws at Riverside Public House admittedly might be Gallagher's huge grin, the culinary offerings speak for themselves. Our first dish, the elegantly plated devilled eggs ($6), were extremely creamy and packed some heat with fresh horseradish while the salty corn nuts sprinkled atop offered the requisite crunch needed to balance it all out. The small things matter, too. Case in point: the sprinkling of chives provided a subtle but welcome bit of freshness. 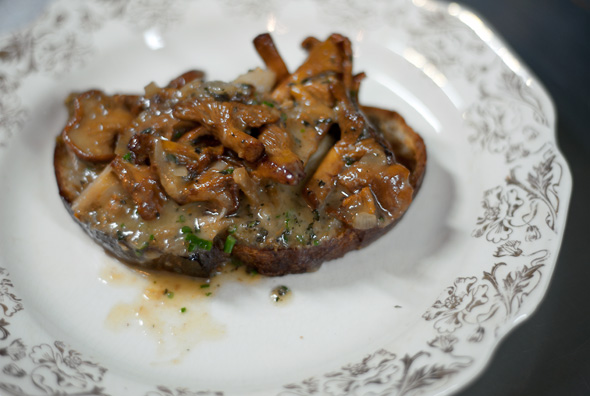 The traditional mushrooms on toast ($9) was amped up with a hazelnut pesto, fresh thyme, confited garlic and, of course, the buttery chanterelles. If I were on death row, this just might be my last meal request (or at least it'd make it on the menu as an appetizer).

Next up was the beef burger and fries ($14, lead image), which sent me thinking about a fast food burger, but in the best possible way. Simply dressed with lettuce, tomato, red onion and pickle, the smoked mozzarella elevated it above what you'll find at Dangerous Dan's across the street, but not to the point that I was inclined to start tossing around words like gourmet. Burgers that go by this name can sometimes get out of hand — bison can be too gamey, and extra toppings like peameal or onion rings, while great on their own, tend to take away from the burger itself.

That wasn't the case here. The meat was mild but still obviously beefy. In short: it. was. a. delicious. beef. burger. The fries were dusted with a heavy dose of sea salt (as a salt addict I can understand that it might be too much for some), fresh rosemary and accompanied by a housemade ketchup that would put Henry J. Heinz to shame. "It's just fries," you might be thinking! But no, no it's not. Go eat these now. 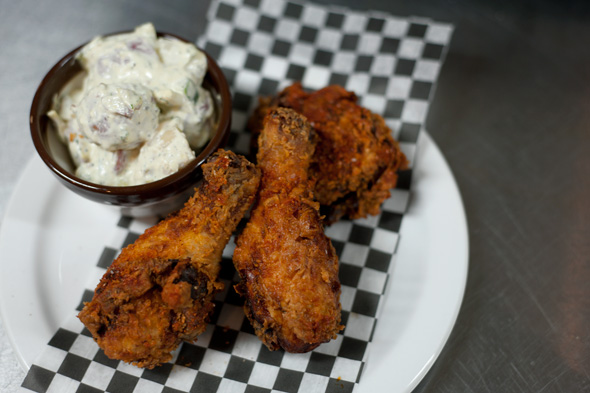 The fried chicken with potato salad (also $14) was equally memorable. The coating on the chicken was at once crispy and light, underscored with hints of fennel, coriander and cumin. The chicken itself was perfectly cooked and incredibly juicy. Alas, the dilly potato salad proved occasion for my only criticism of the meal: it was a bit overdressed. Yes, that's it. 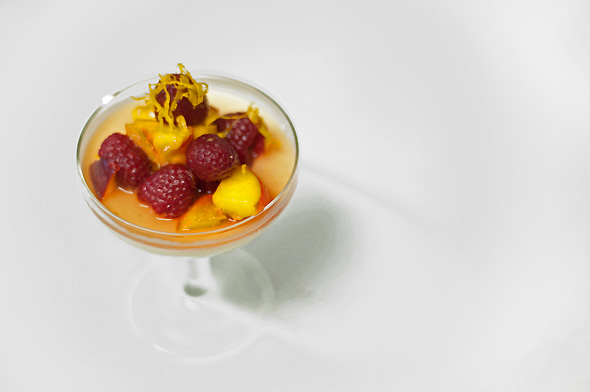 Finally, not typically one for dessert, I tried the custard ($5). Again, I was impressed. Topped with raspberries and peaches, the predominant flavour was a creamy orange that unmistakably resembled a Creamsicle(TM) . Refreshing and not too sweet, it was a welcome nostalgia trip in a tiny cup.

Gallagher's warmth exudes from the kitchen, and the diverse crowd underscores just how welcoming the food can make a place. With a reasonable prices, an extensive cocktail list, live music and late hours, Riverside Public House is sure to be a regular haunt for locals and those looking for well executed pub fare. 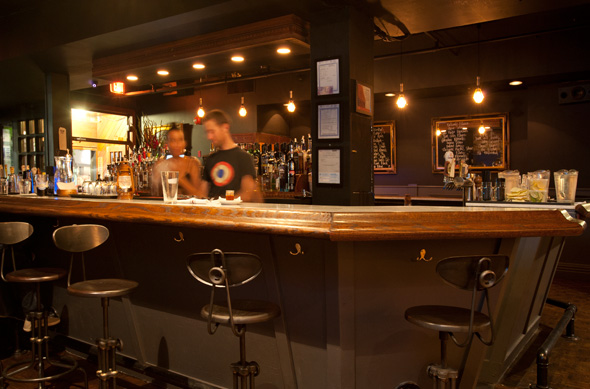 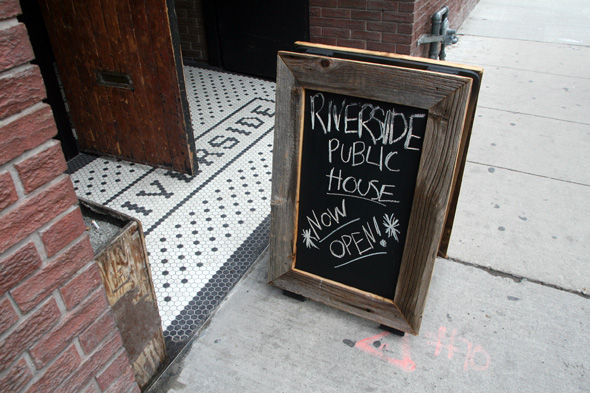