Rione XI is an Italian restaurant inspired by the historic Jewish quarter in Rome. Owners Danilo and Sandrelle Scimo are folks behind Pizza e Pazzi and have revamped one of their two well established restaurants on St. Clair to focus on the distinct culinary traditions of the historic district.

Perhaps the most famous of these is carciofi alla giudia ($12), deep fried artichokes simply seasoned and served with lemon to squeeze over top. The petals are trimmed but should be avoided, as they can be quite fibrous and tough to chew. It's the meaty heart that's the treasure, and the natural flavours are delightfully earthy and nutty. 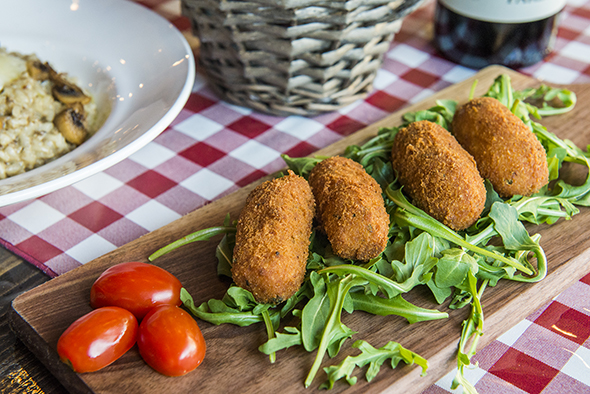 Also typical of the region are spuntini like crostini topped with white anchovies and burrata ($14), and chorchette ($14), deep fried batons of potato and cheese. 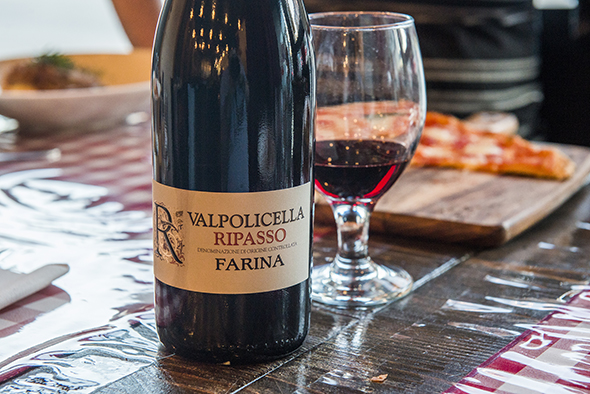 These are thirst-inducing snack foods, which you can quench with Grolsch and Peroni on tap ($7.50/16oz). There's also a good little wine list. A Sangiovesse, considered the house table wine, will run you $7.50 per glass ($18 for a half litre). 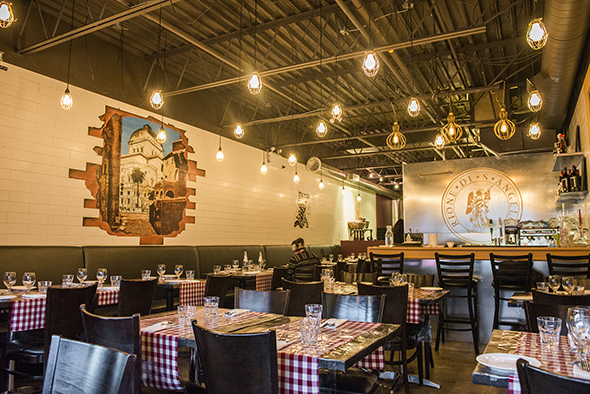 The setting is casual and unfussy. Murals by Lukas Byra depict scenes of the Synagogue of Rome and draw inspiration from the graffiti that's prevalent throughout the Italian capital. Meanwhile, you'll find specials listed on chalkboards and checkered table liners adding pops of colour and an old school, red sauce kind of vibe. 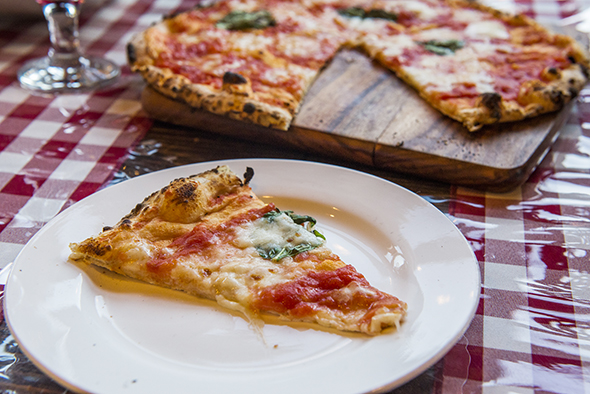 They've put the pizza oven to good use too with a lineup of eight Roman style pizzas. I try the Margherita ($14) dressed with sweet San Marzano tomato sauce, fior di latte and basil. It boasts an ultra thin blistering crust with a soft pliable centre. 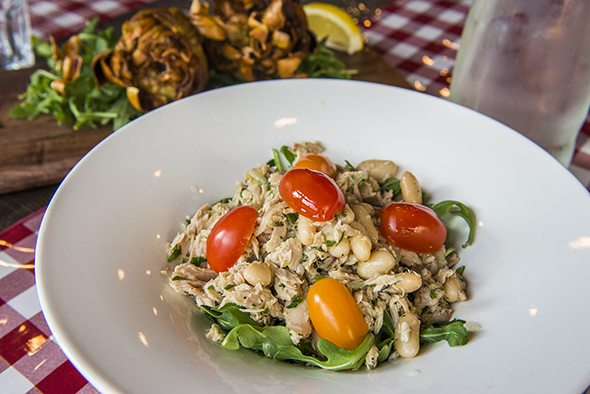 Another dish I'm quite fond of is the Insalata di tonno ($8.50), a lightly dressed arugula salad topped with Italian canned tuna, cannellini beans and tomatoes. It's so simple, a common theme of the night, but super tasty. 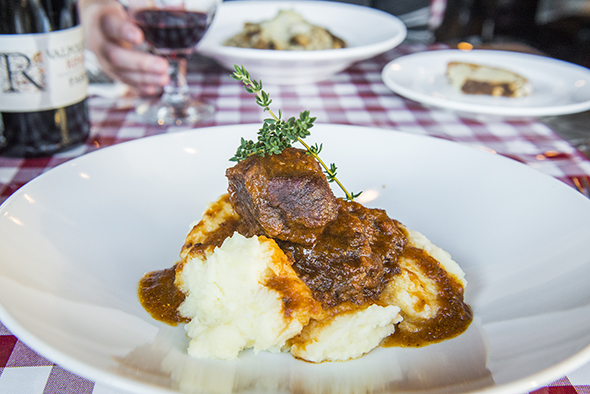 The menu isn't kosher but you'll notice an absence of pork. Mains include baked salmon ($22), stewed beef cheeks over mashed potatoes ($22), and a Venetian-style beef liver ($16) served with caramelized onions and mashed potatoes. 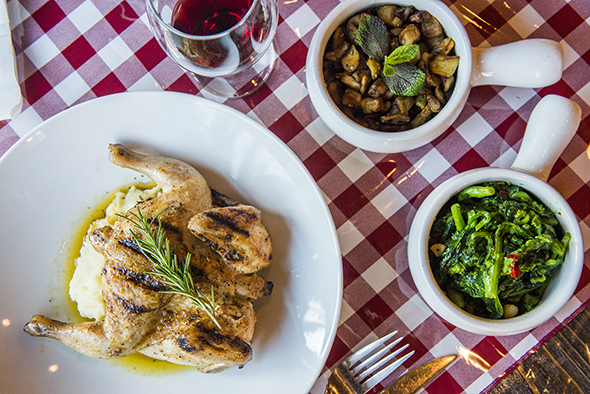 The grilled cornish hen ($22) is a particular highlight with its crispy skin and tender meat. While some of the entrees seem less suitable for sharing, this one could easily feed two if not more with contorni like sauteed rapini ($7) and golden pan fried eggplant ($6) ordered on the side.

Situated between Corso Italia and Forest Hill, the hybrid theme of the restaurant seems to match the neighbourhood well. For those who don't live nearby, it's worth the trip for a little taste of this tiny Roman district without the nine-hour flight. 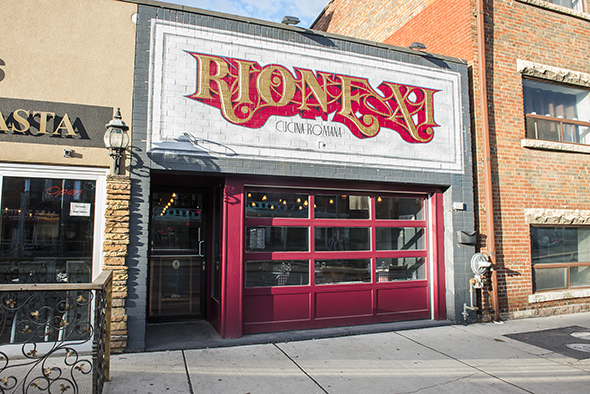