Rio 40 serves traditional Brazilian like grilled meats and caipirinhas in a high-ceilinged environment.

Named for one of Brazil’s main cities and the degree the temperature often rises to there, the restaurant has been open since 2004. 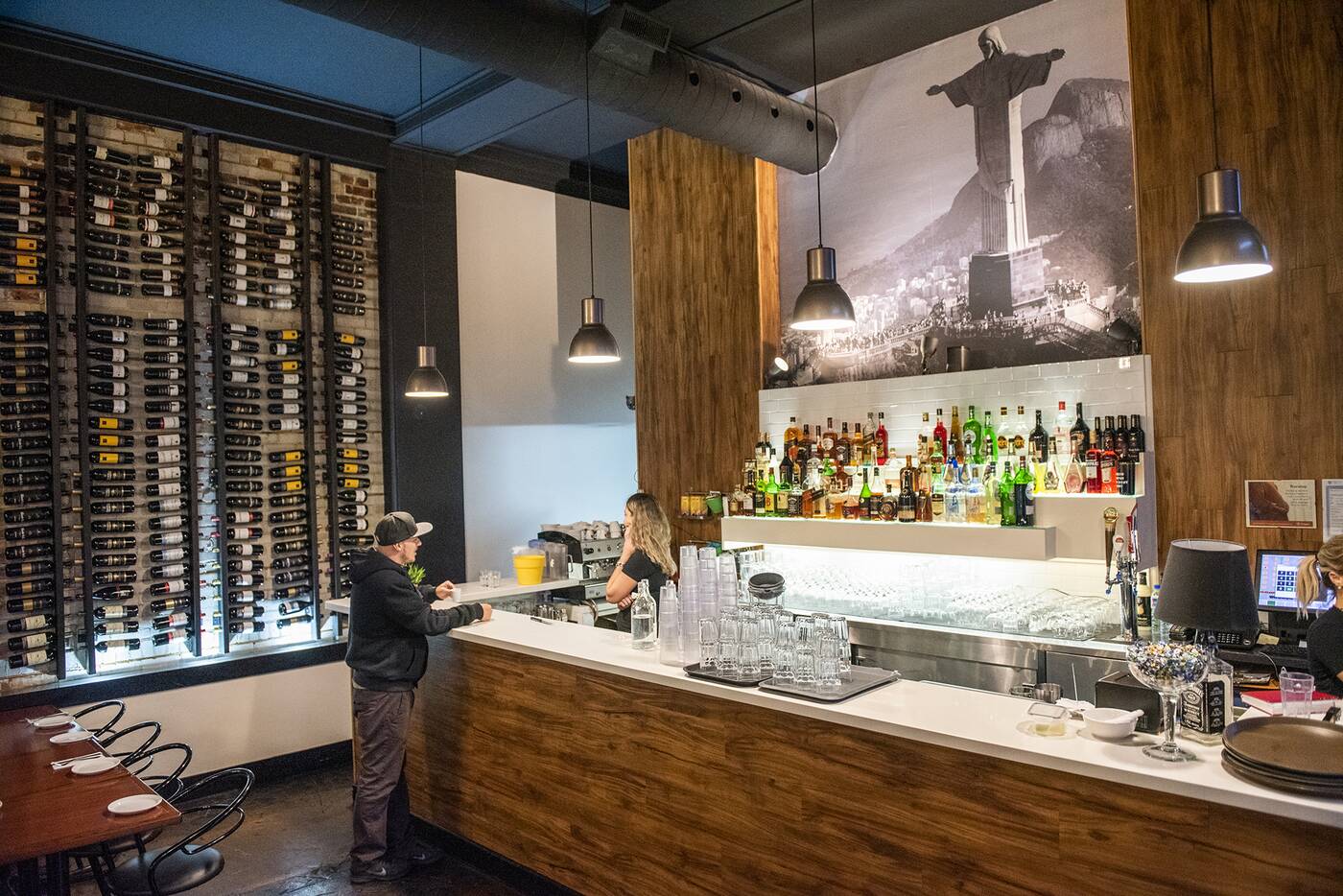 The lofty space is put to good use with blown-up black-and-white photos of Brazil and the famous Art Deco statue Christ the Redeemer in Rio. 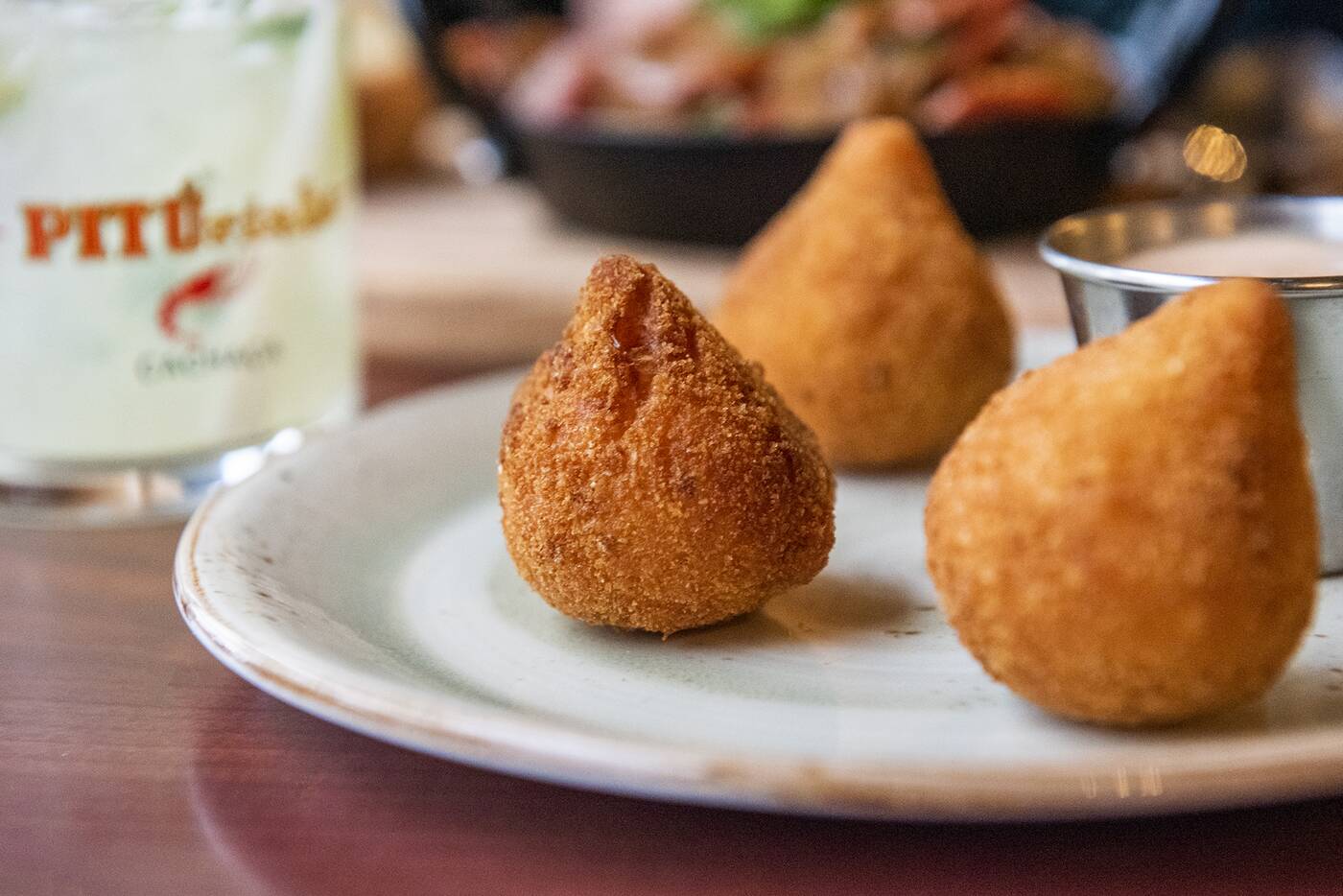 Teardrop-shaped croquettes are $6.50 for an order of three, ours filled with pureed chicken blended with creamy, salty catupiry cheese, a thick breadcrumb exterior deep-fried to a crispy golden brown. 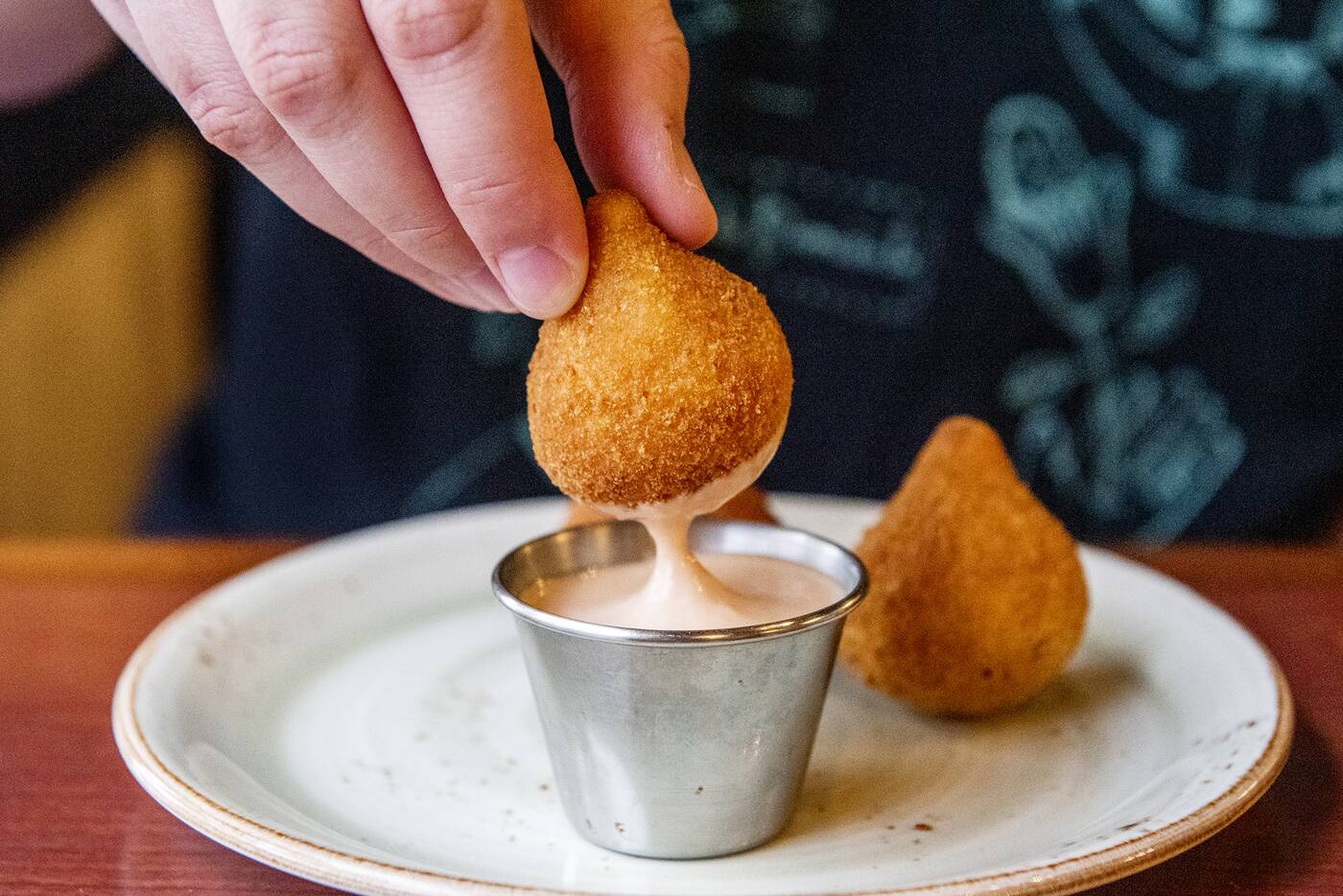 With a moistening rosé sauce on the side, you can also opt for fillings of ground beef, cod, or cheese on its own, or mix and match. 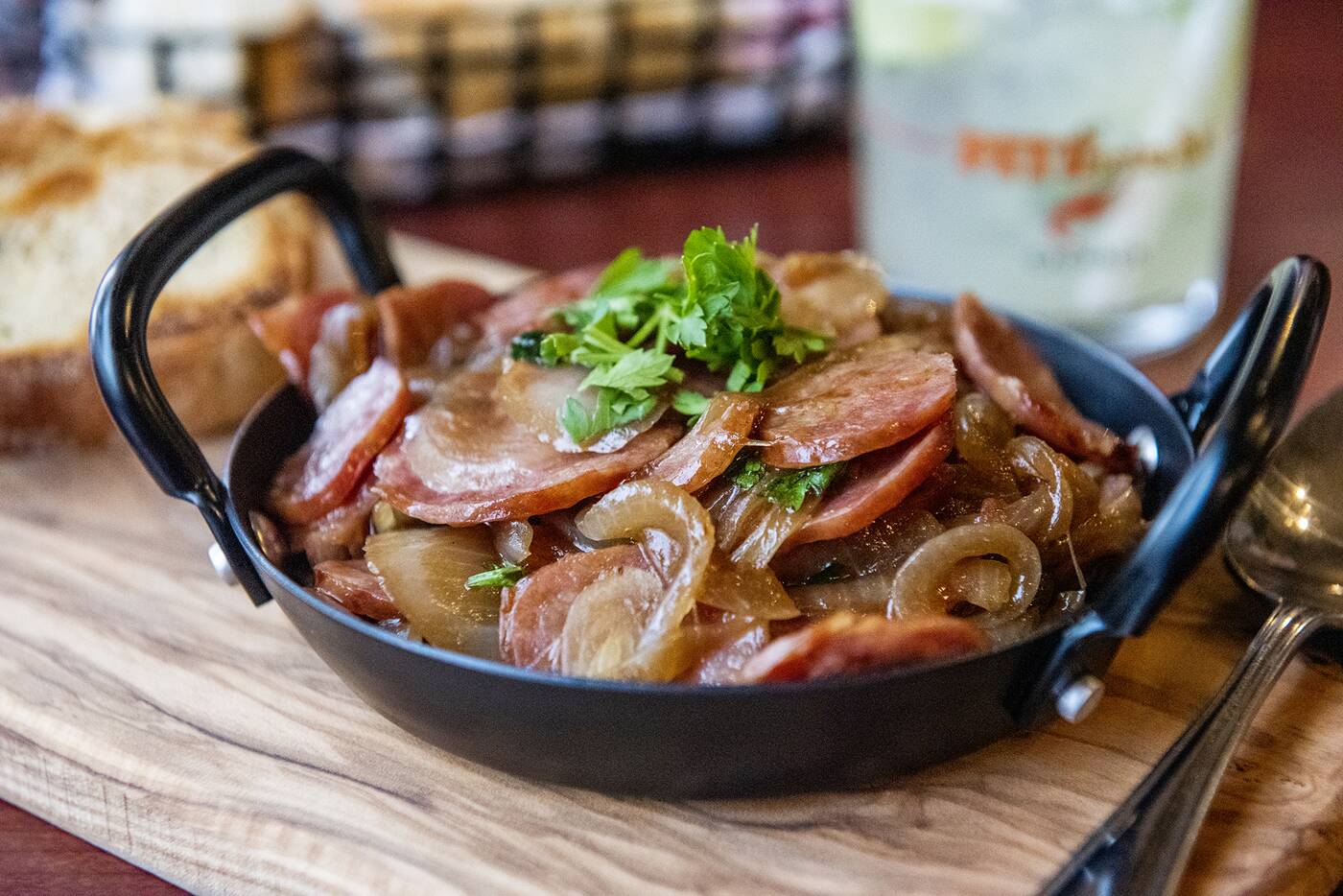 Pan-fried sausage and onions with garlic toast ($10) is another very Brazilian tapas-like shareable appetizer, all-pork Linguica Toscana sausage cooked down with fragrant tendrils of onion, served in a cast iron dish so everything bathes in its own warm, porky gravy. 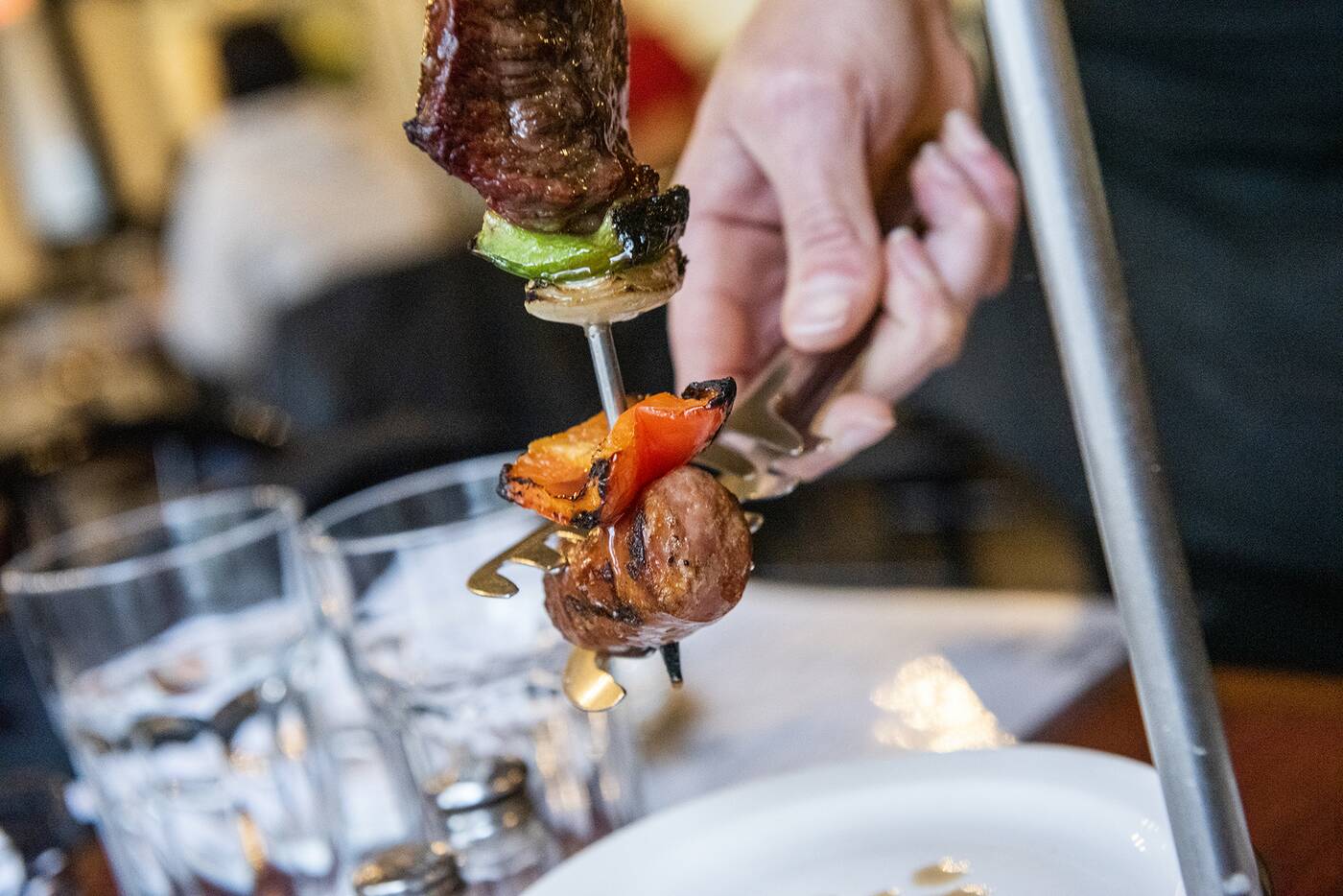 The espetada de picanha com linguica ($24.50) is a skewer of this same sausage, rump steak, peppers and onion, all grilled and once again good for sharing. 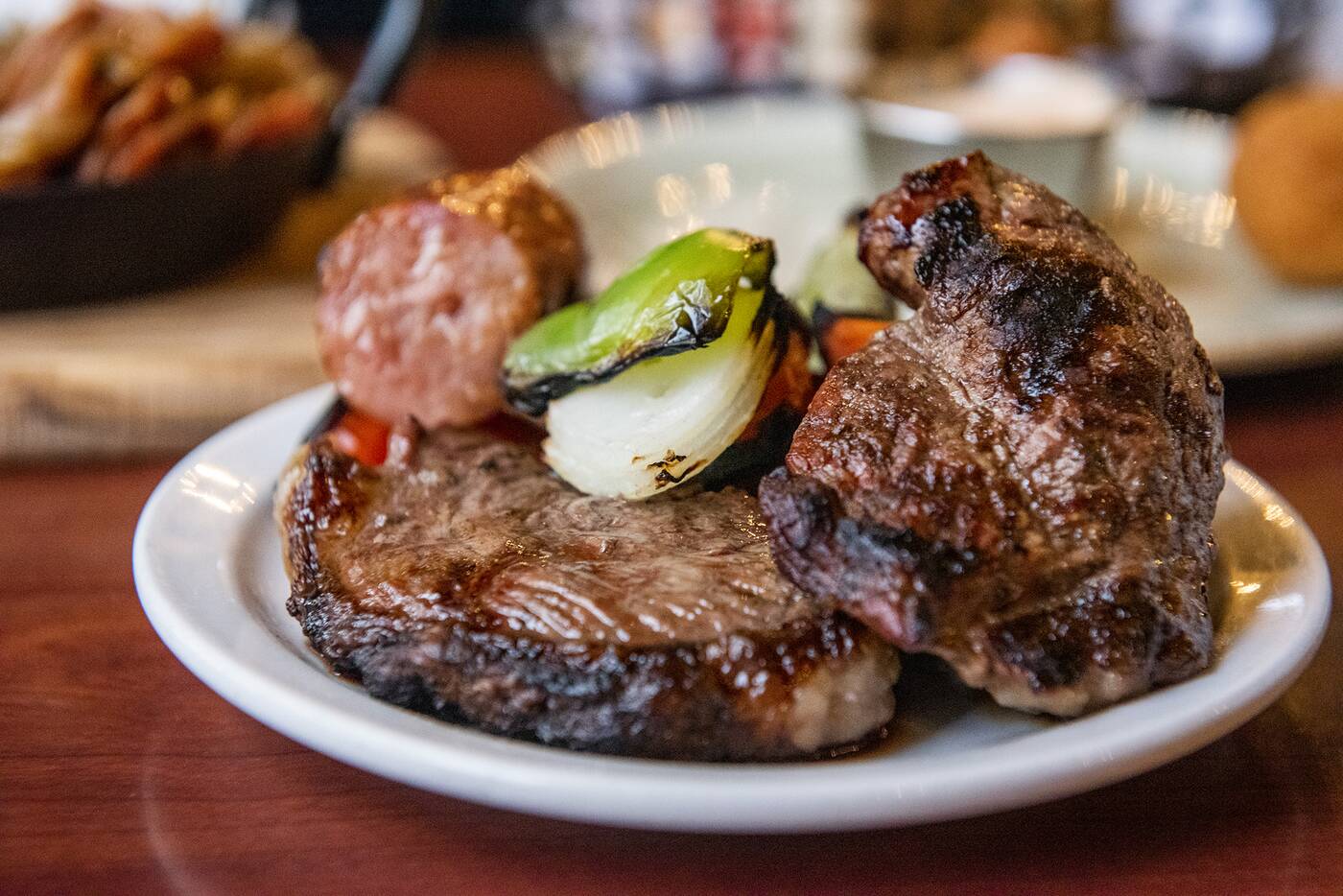 The skewer is presented tableside, the components taken off and plated for you. 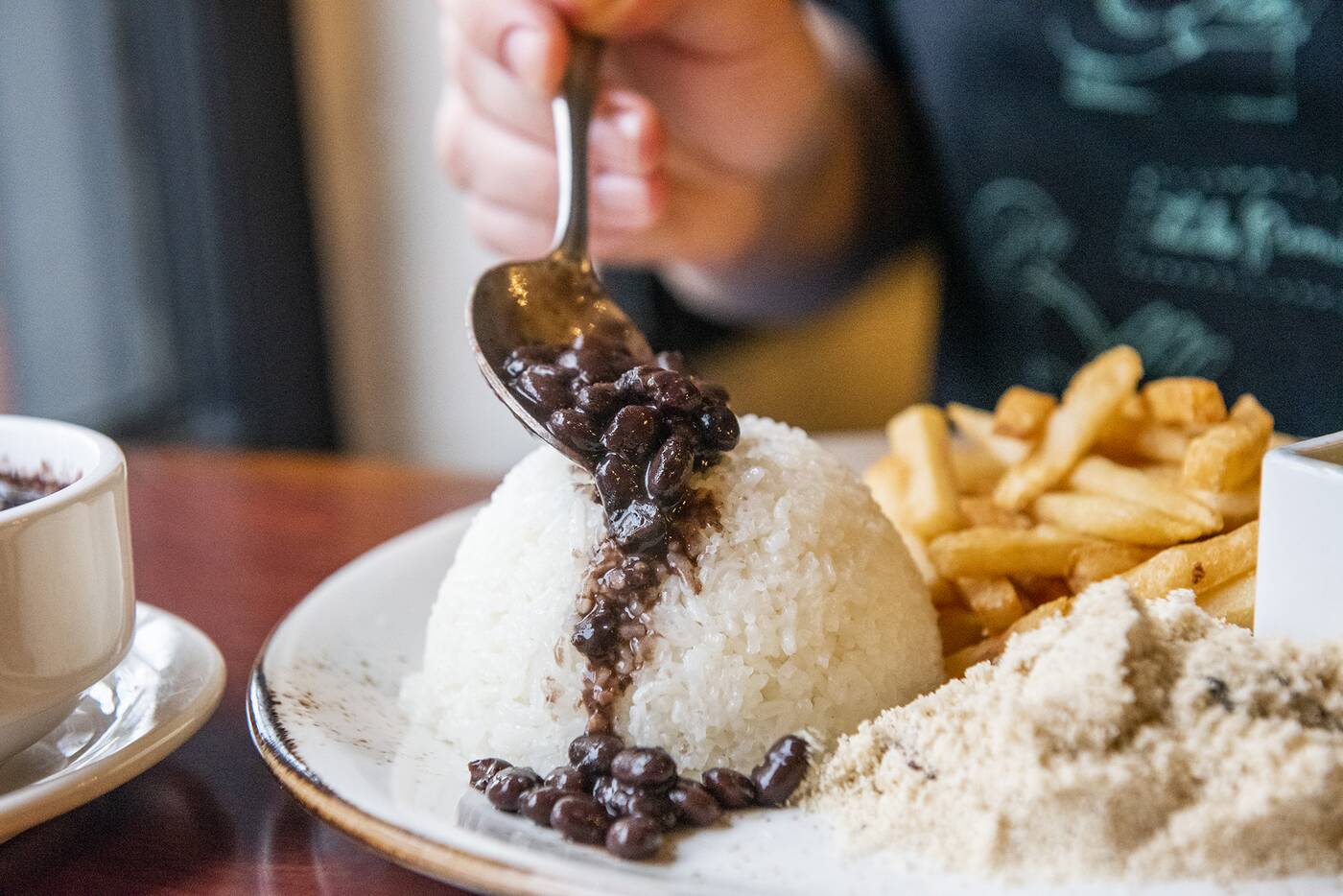 This meal is rounded out by traditional Brazilian accompaniments of rice, farofa and beans, intended to be mixed to the diner’s preference, plus fries and a bright vinaigrette of oil, tomato, onion and peppers meant to be spooned over the meat. The thin sauce brings out the rich juiciness of the beef. 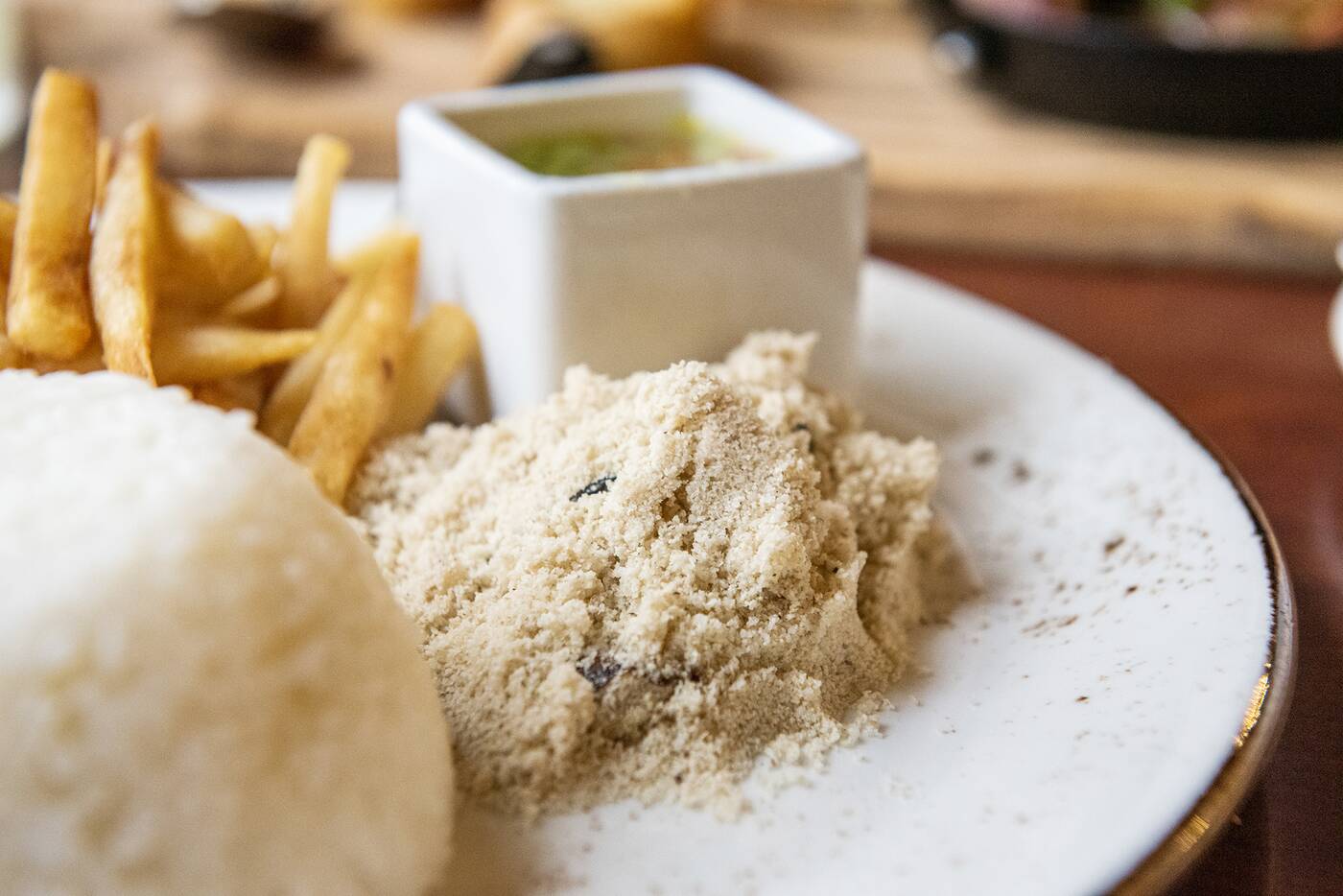 Farofa is a cassava flour, and it kind of tastes like a very savoury sand. Soupy black beans and mild rice are more comforting and familiar. 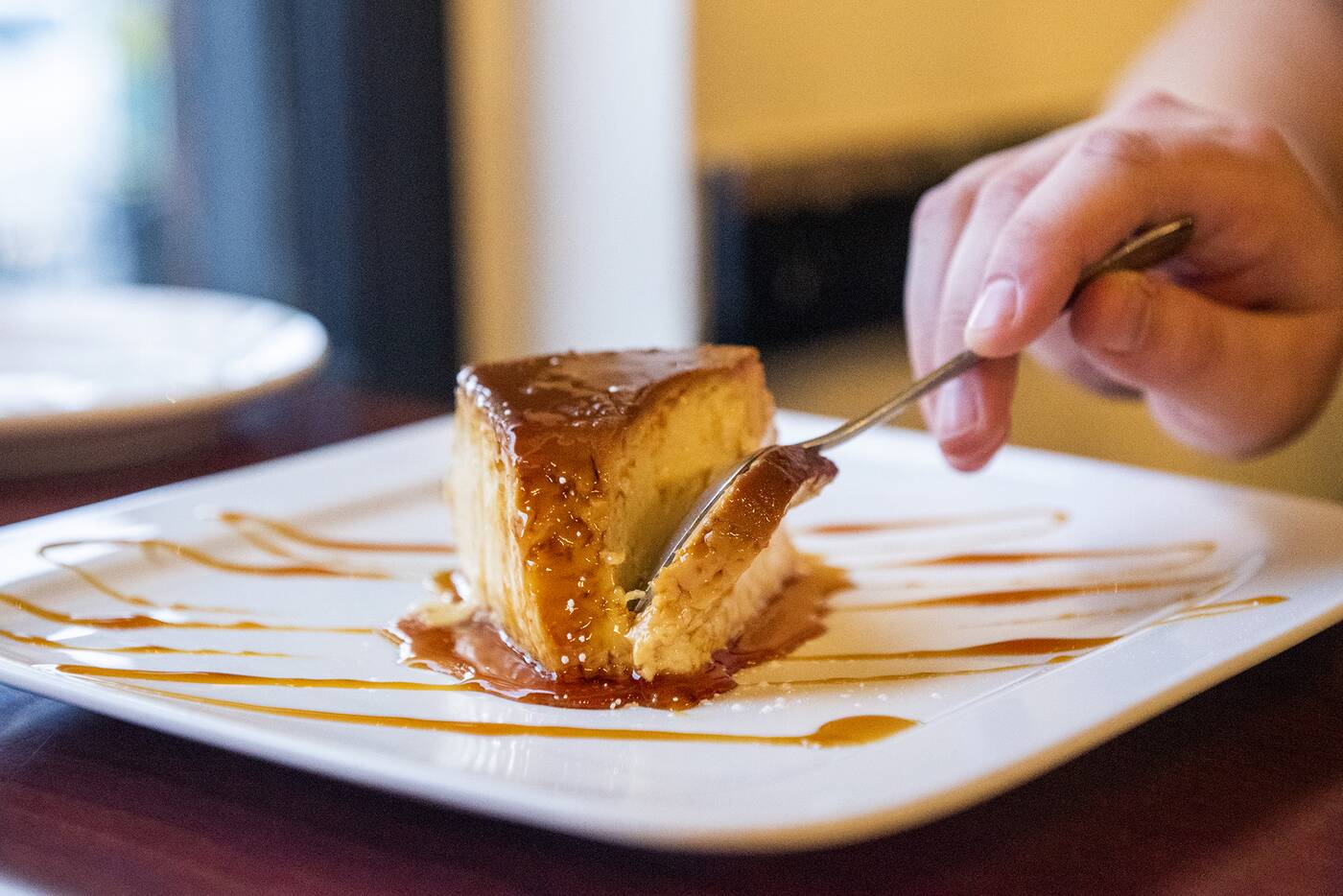 A condensed milk caramel pudding ($6) steals the show at the end of the meal, a famous dessert in Brazil. Made simply with milk, condensed milk and egg, it’s incredibly gelid and luscious, a glassy caramel sauce completing the picture. 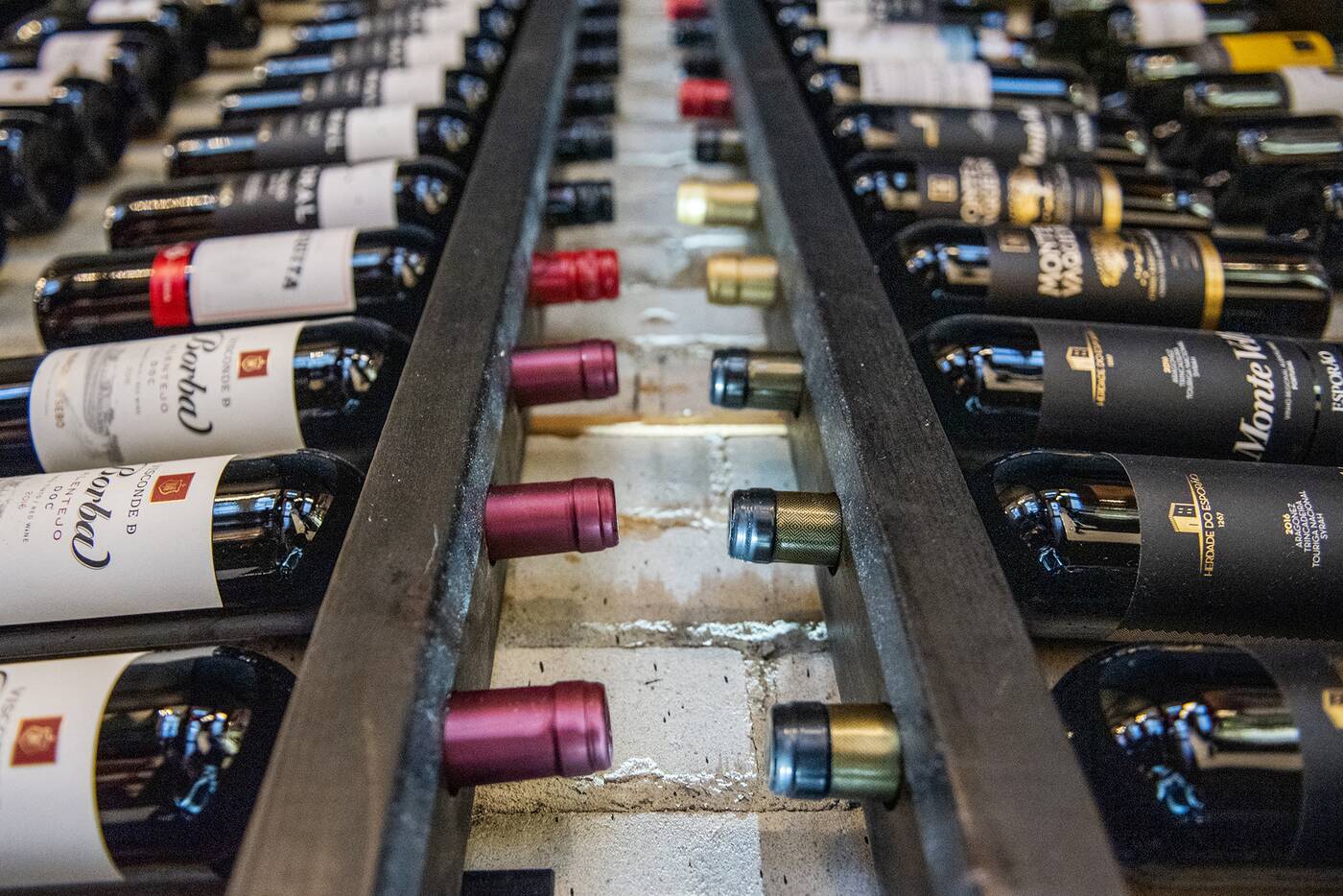 Wines by the bottle range around a modest $24 - $65, mostly Portuguese, but there are some options from Chile, Argentina and Italy kicking around as well. 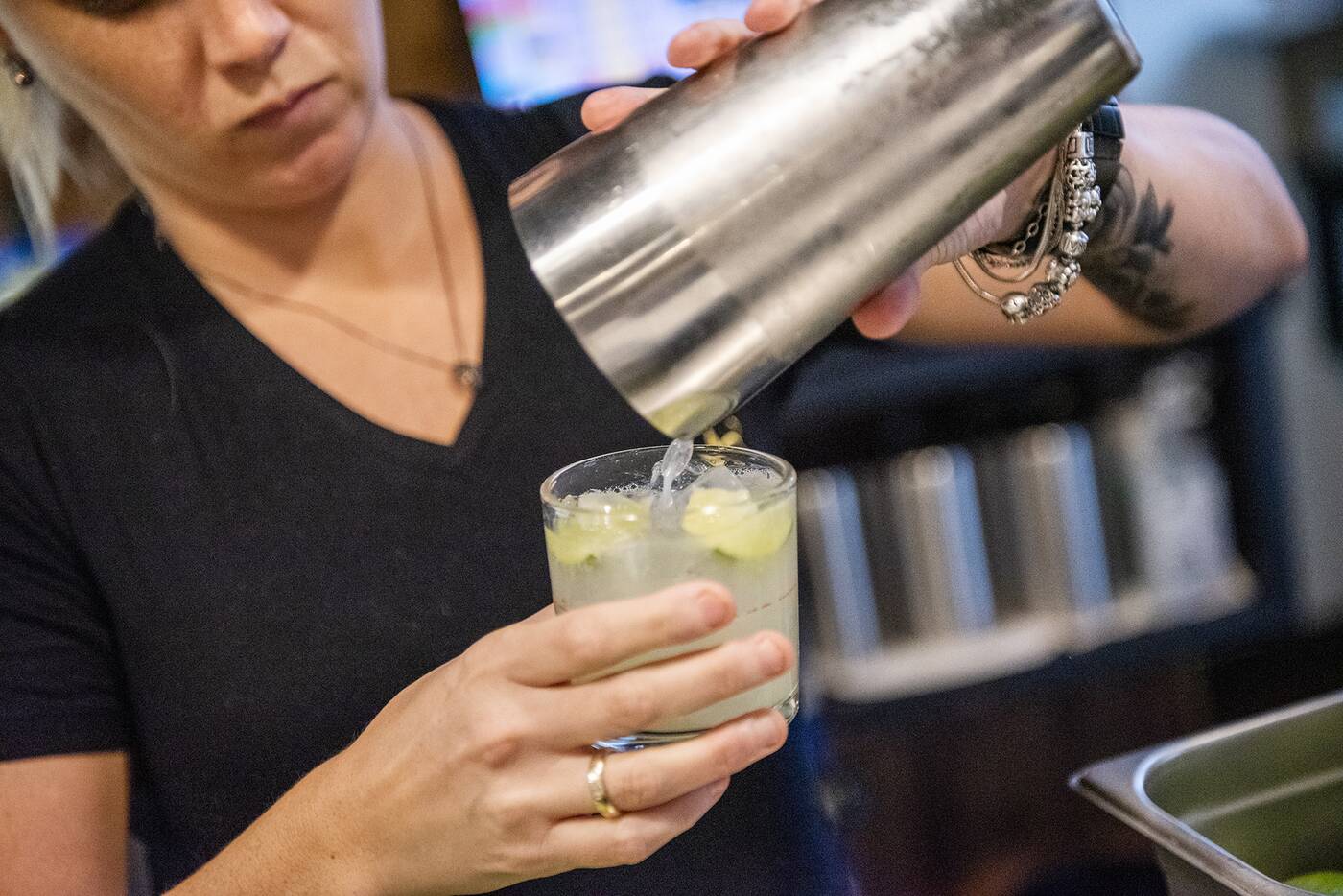 Caipirinhas are $6.75, available in classic lime as well as strawberry or pineapple versions. 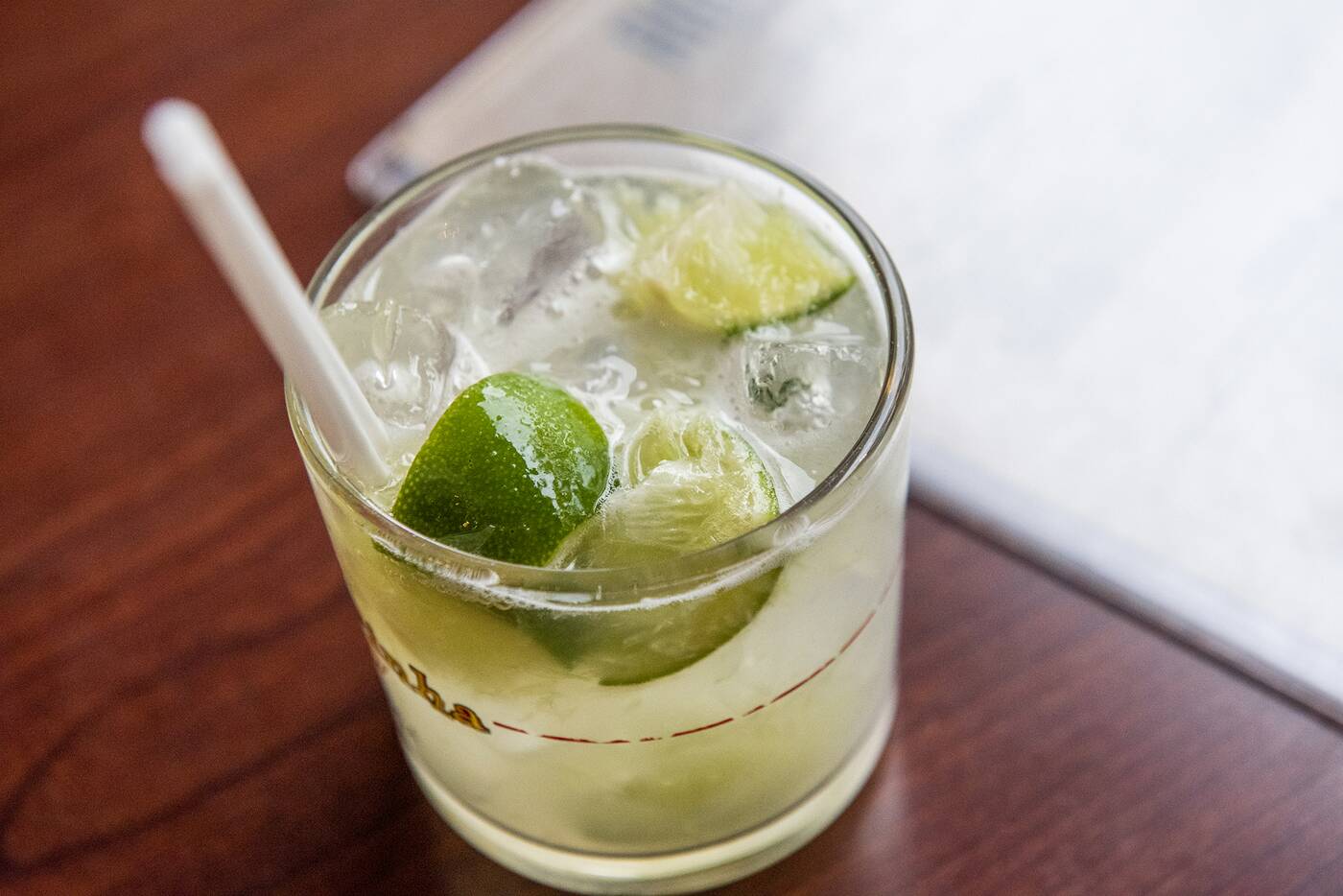 The iconic Brazilian drink is essentially just cachaca, a cane sugar spirit, over lots of ice with some sugar: strong, but refreshing. 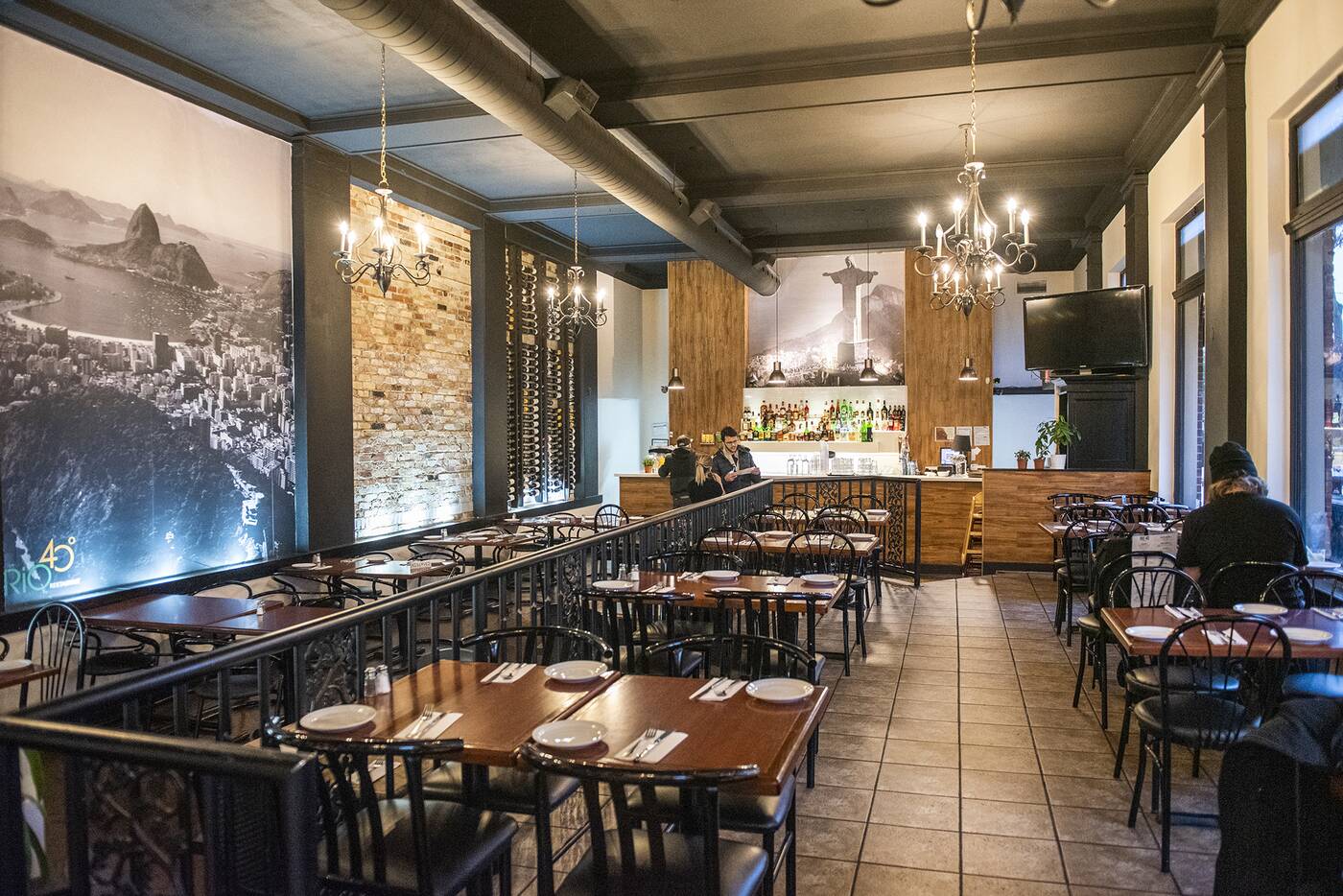 A batida ($6.50) is another traditional Brazilian cachaca-based cocktail with coconut milk and condensed milk, and other Brazilian dishes like rump steak with pineapple or sirloin with a fried egg are just some of the powerful representations of Latin American cuisine found in this neighbourhood. 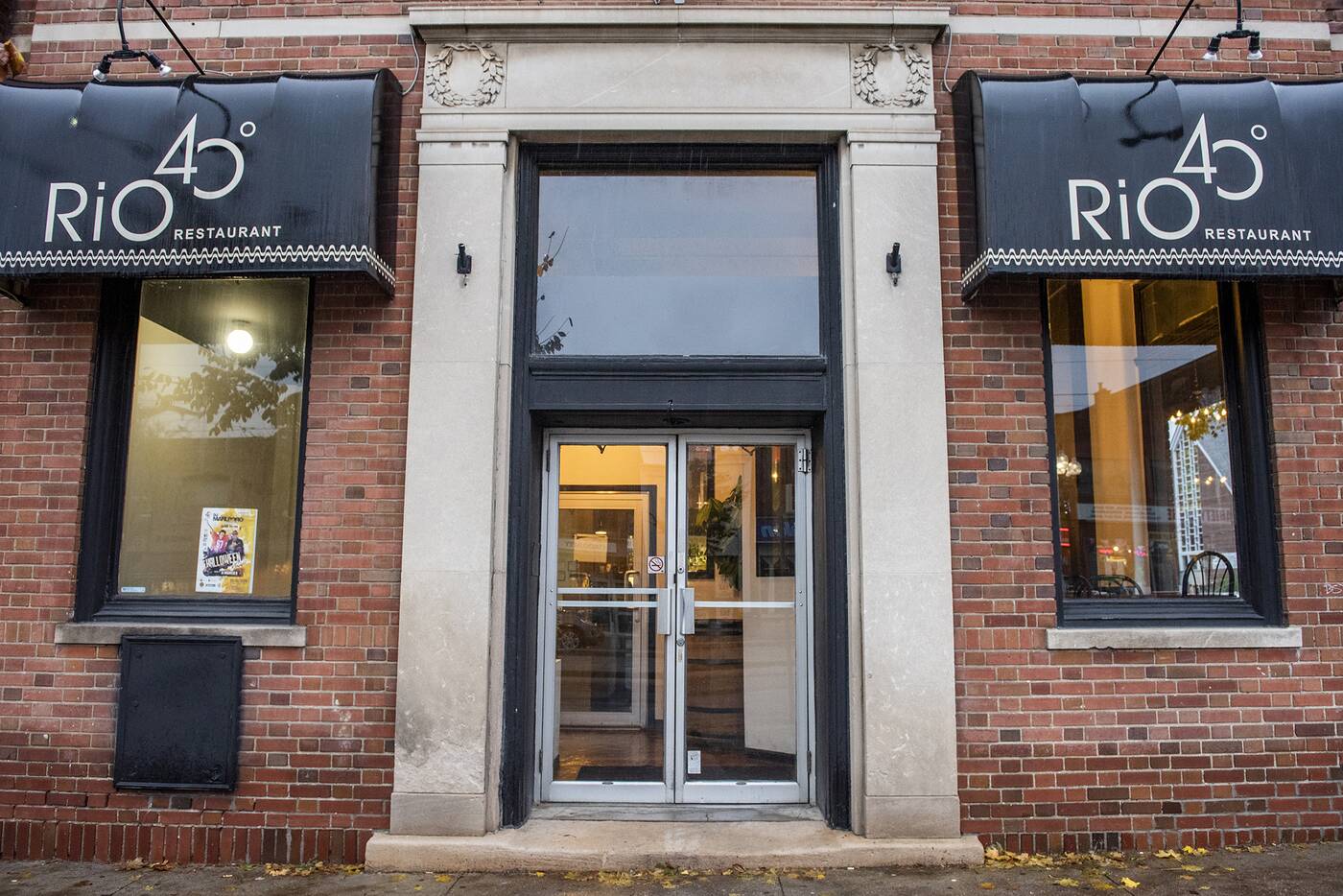