Rickshaw Bar can be found on Queen just west of Bathurst, in what used to be Lot St. It has kept the previous restaurant's copper pipe light fixtures as well as its industrial chic vibe of brick and wood, with seating at the bar along with tables of varying heights in a long rectangular space.

Like a rickshaw travelling through Asia (but with a hip-hop soundtrack playing in the background), chef/first-time restaurateur Noureen Feerasta's menu explores flavours from the continent presented as small plates, meant to be shared so everyone gets a taste of each dish. If you come with a group, it's possible to order everything and try it all. 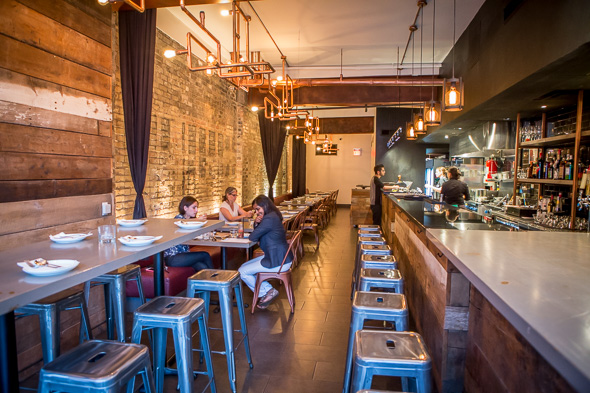 Feerasta has known she wanted to be a chef since she was nine, and having worked in the kitchens of Chicago's Alinea and Dubai's Burj Al-Arab , and at Origin and Momofuku in this city, she feels she's finally ready to open a place of her own and tell her own stories through her food.

There are a lot of South (Indian, Pakistani) and Southeast Asian (Thai, Burmese) influences in the plates coming from the open kitchen, and a good number of veggie and vegan options that definitely aren't an afterthought. And if you're not a cilantro fan (tragic as that is), the kitchen is very accommodating to dietary requests too. 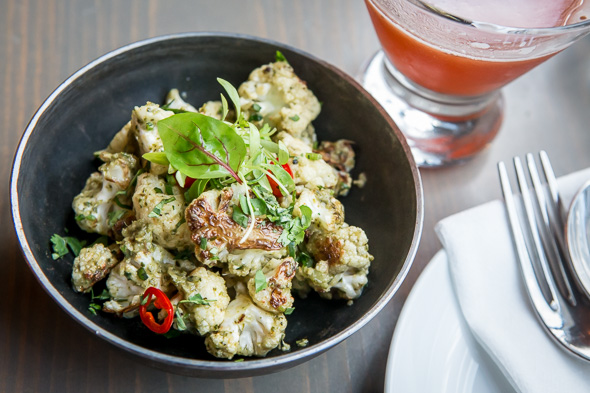 A roasted cauliflower dish ($6) with coconut, cilantro, mint, jalapeno and lime is one example of a tasty veggie/vegan offering here. The cauliflower pieces have a nice char to them, and the sauce has a tangy, spicy kick to it, making it extremely addictive, and all too easy to want to ignore the fact that it's intended for sharing.

Colourful vegetable fritter paratha tacos (two for $5) topped with a fennel-lime slaw are beautifully presented on a flat stone. This is another veggie item that's actually exciting to eat, with small parathas as tortillas, and the house-made green chutney a perfect accompaniment to the delicious French fry-shaped fritters. 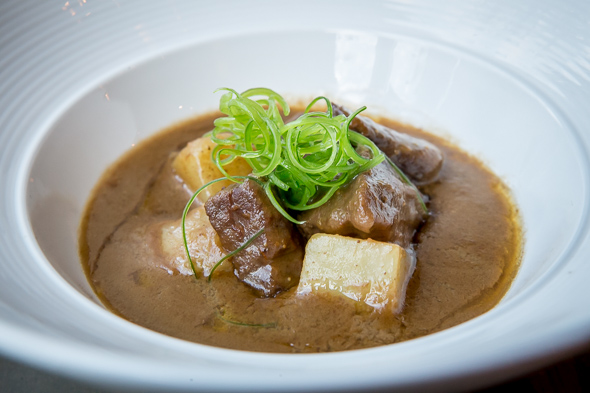 What brings back the happiest childhood memories for Feerasta though is her Ismaili beef curry ($14); she has fond recollections of its pleasant aroma and of her great grandmother making it. 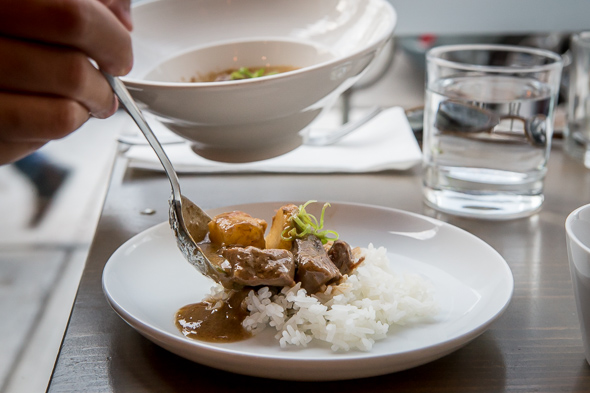 The Ismailis are a nomadic and diverse people with a melting pot of influences, and Feerasta tells me this is reflected in the curry. It contains 29 different spices and ingredients, including crushed peanuts, cashews and curry leaves. She's refined the recipe here, cooking the meat sous-vide for 72 hours.

As for the bar aspect of Rickshaw Bar, there are draft beers ($7-$8/glass) that include Side Launch Wheat, Beau's Lug Tread, Mill St. Organic and 100th Meridian Amber Lager, plus a few wines ($8-$15/glass). 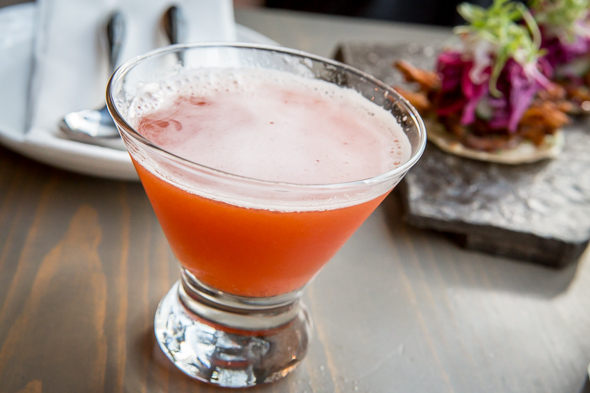 Its cocktail program is still being developed (there are only three when we visit), but if the Traded Secret ($13), with gin, strawberry, Fernet-Branca and Strega, is an indication of what's to come, it can only be good. 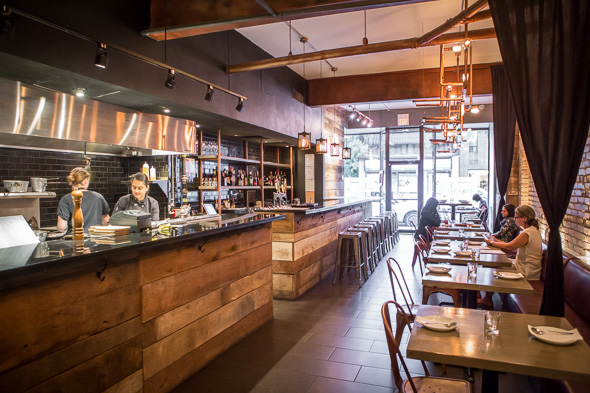 For now, Rickshaw is only doing dinner service (the kitchen is open until midnight on Friday and Saturday and until 11pm other nights), but there are plans to add lunch, brunch and bar snacks; they just need to get a sense of their clientele first. 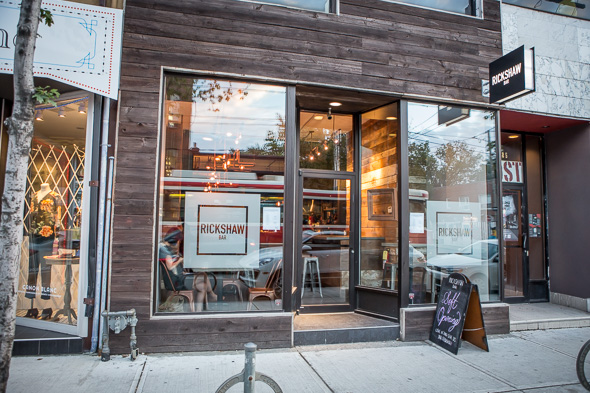