Reforma has taken over what was previously Agave y Aguacate in Baldwin Village, keeping the cuisine (Mexican, with tacos this time), along with much of the two-storey restaurant's decor (Our Lady of Guadalupe mural, crystal decanter light fixtures), the same as its predecessor's.

Former Agave y Aguacate owner Keyvan Foroughi has now teamed up with Andres Marquez (ex- Fonda Lola and former partner of the Milagro Cantinas ) to reform, but not reinvent, Mexican fare and people's perceptions of it, giving it a few slight tweaks and modernizing it a bit. 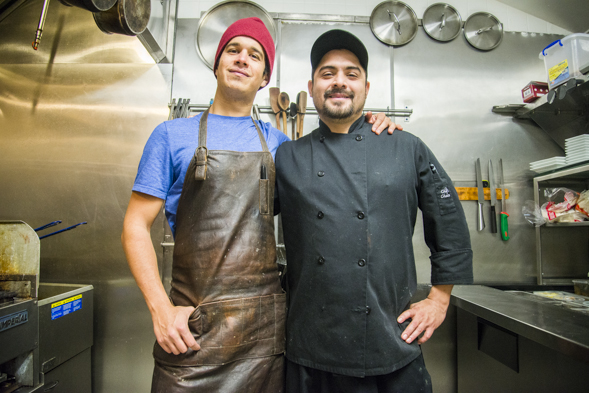 Inspired by simple street eats, Foroughi and Marquez have recruited chef Marcos Sanchez, who most recently worked at the Aga Khan Museum's Diwan , to lead the kitchen, and together they've taken classic Mexican dishes, refined the techniques and used high quality ingredients to produce them. 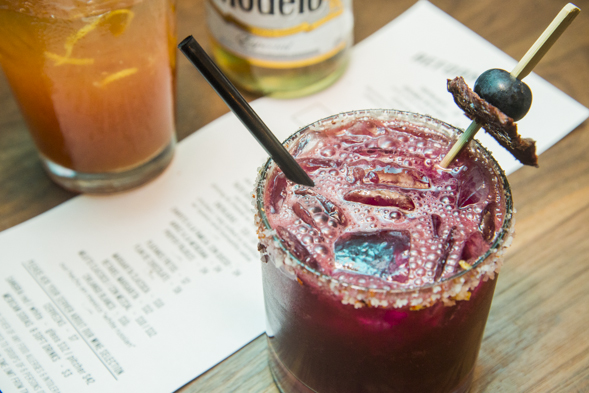 Drinks-wise, there's a short list of cocktails that includes a not-too-sweet and arguably healthy-ish Betabel (Spanish for beet) Margarita ($12), a mix of tequila, hibiscus tea, lime and raw beet juice. 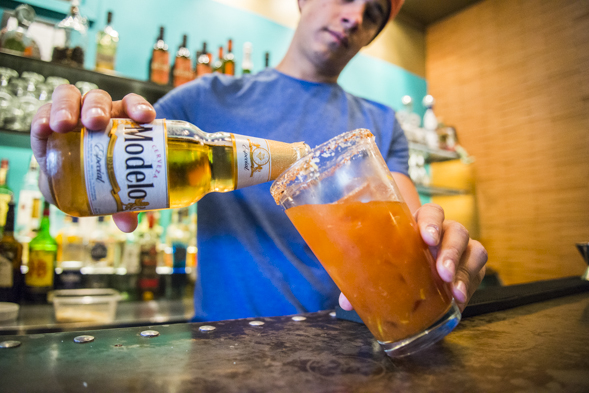 Classic margaritas, mojitos and sangrias are also available (or just straight up wine and beer), and Marquez, who's originally from Mexico City, has even sourced non-alcoholic beverages from his childhood like Sangria Senorial and Jarritos ($3).

As is currently trendy in Toronto, the plates here are conducive to sharing, with the most expensive item priced at $14 (the chorizo chilaquiles). The current one-sheet menu has an amusing illustrated how-to on taco eating on the flipside, written in both Spanish and Japanese, taken from the Tacopedia , an encyclopedia of the taco. 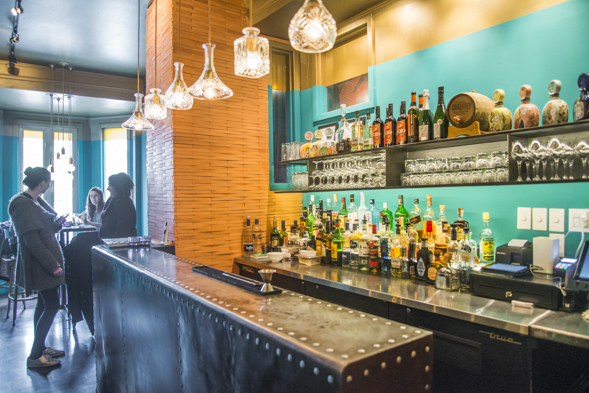 Marquez himself is a bit of a walking tacopedia, explaining that the reason why the Tacos Gobernador (two for $9) are described as "sacrilegious" on the menu is because shrimp and cheese were never combined in a taco until a Mexican governor demanded it be done (and then had them named after him).

They don't want to overcomplicate the tacos here, so each kind contains five or less ingredients. 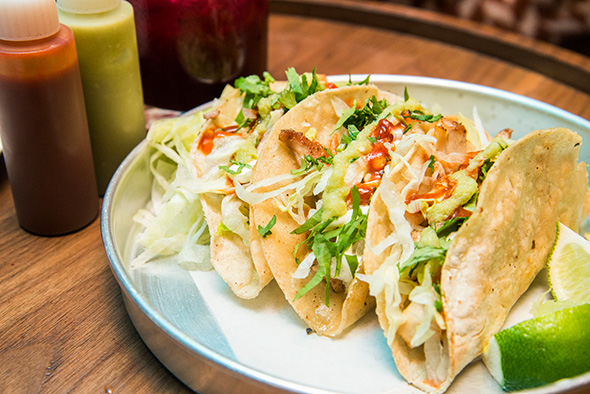 We try the tacos de canasta (three for $7), or "basket tacos," whose name is derived from the vendors who sell them from bicycle baskets in Mexico. They're filled with moist roast chicken or veg (potatoes and beans) and topped with fixings like lettuce, crema, cilantro and house-made hot sauces.

These ones have crispy shells, which are different from the ones I had in Mexico, that were soft from being steamed in the baskets. Nevertheless, they're tasty and economical, and even more so on Tuesdays, when they're $2 each, making for a great cheap eat (although you will need at least three to feel full), and closer to the actual price of tacos south of the U.S. border. 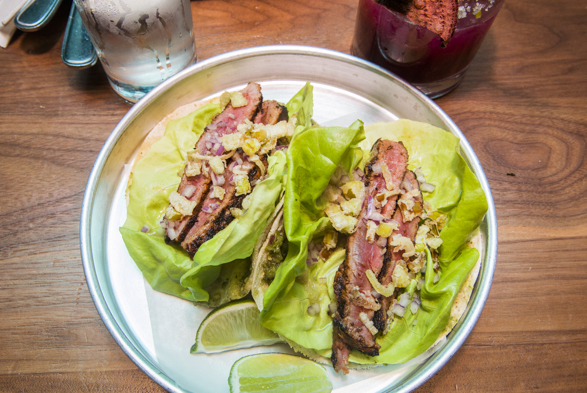 Reforma's salpicón de res (two for $12) is a play on the shredded beef salad, with slices of ribeye steak that have been marinated in Mexican spices for 24 hours placed on cilantro pesto and topped with crispy leeks, all wrapped in big lettuce leaves along with a tortilla. So instead of a salad, it's actually a taco. 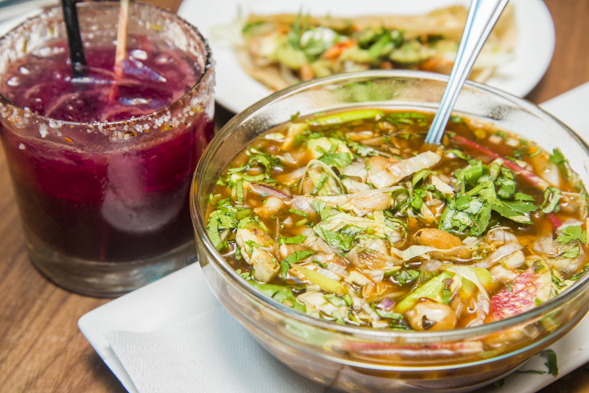 Mexican comfort foods like pozole ($10) are also offered, but here the traditional soup/stew (a good hangover remedy) is presented as a fun DIY dish, where you can choose to add as much or as little of each of the colourful ingredients (avocado, watermelon radish, lettuce, scallions, Mexican oregano, cilantro, lime, toasted hominy) as you want into the bowl of dark, rich broth.

The pork bone consomme-like broth is actually a lot darker than I'm used to seeing in pozole, and it already tastes good on its own, without anything added. Marquez tells me it's made with roasted pork shoulder and smoked chili.

On weekends, Mexican brunch will be served with dishes like chipotle eggs Benny and other reformed classics. 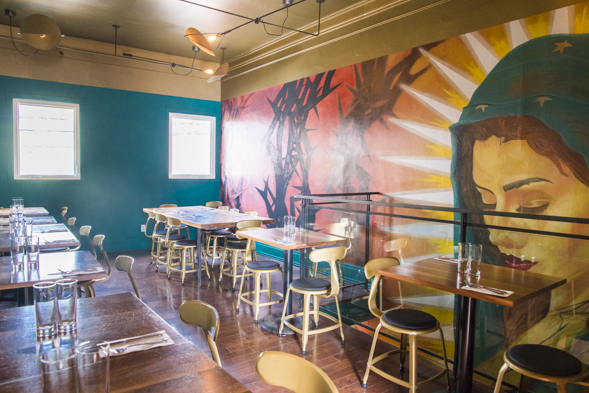 While the seating and layout can be a tad tight here - especially if you're dining on the ground floor, which feels more like a bar - this is a fun spot for some affordable and flavourful eats on this restaurant-heavy street. 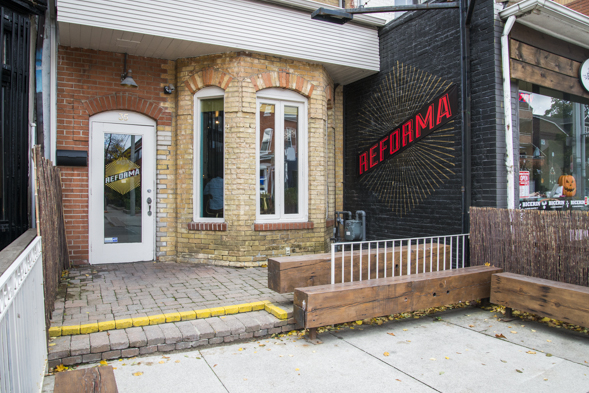