Rakia Bar on Euclid opened early December in the former Hrvati space immediately north of Bloor (neighbouring Barrio Coreano and the Koreatown Kinton Ramen ). It's the second Toronto outpost of what is actually an international brand. 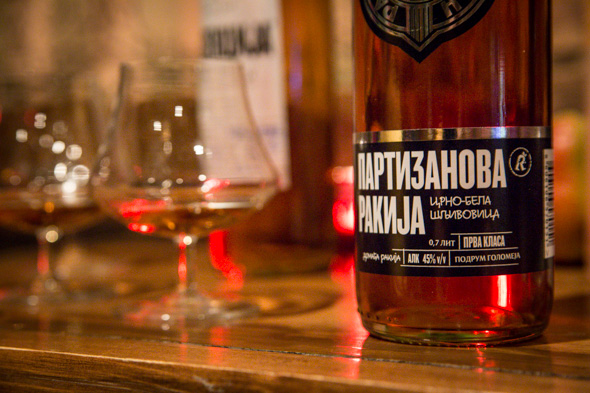 Featuring up to 36 different rakia (a fruit-based liquor, similar to eau-de-vie) on a good day, Rakia imports their own selections. The range of flavours and styles is impressive, with spirits based on diverse fruits such as quince, pear, plum and even juniper berries. Included in the price of each drink is a small bite to eat, be it cured meat and pickes, or a cheese-stuffed crescent roll. It's something of a culture shock to be treated in this manner in Toronto, but that approach is indicative of the experience at Rakia. 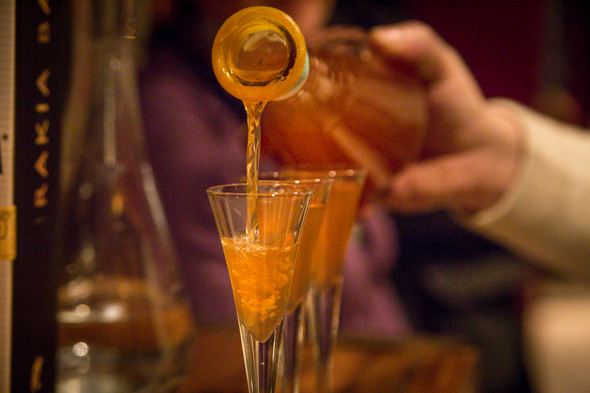 Owner Dusan Varga is incredibly enthusiastic about his native tipple and is keen to share the history and craft of rakia with anyone who is interested in learning. Compared to the raucous party atmosphere that can dominate at the Leslieville outpost , the Euclid spot is really quite civilized and peaceful, and serves as an ideal place to hang out at the bar and learn about a kind of booze you won't readily find on LCBO shelves (unless you really go hunting). 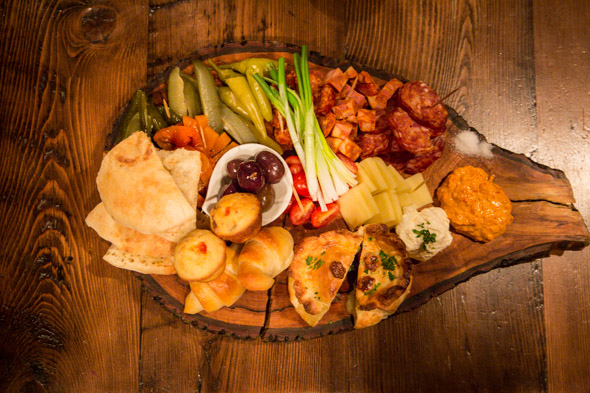 What is similar to the other spot, however, is the impressive food. The plates and platters are absolutely huge, and priced well below what you might expect elsewhere in the city. The Mezze Platter for Two ($16) is loaded with deli meats including paprika-spiced headcheese, pickled vegetables, mini corn bread, brie and mushroom pie, cheese, and Rakia's two signature spreads, amongst other things. Offered with the platter is an unleavened bread. It has a similar texture to an English crumpet, but is basted with beef stock for a savoury flavour. 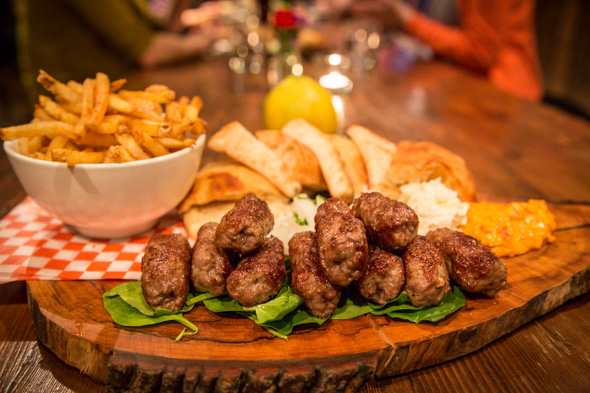 The bread and spreads also make an appearance with the Chevapi ($13), a stack of uncased sausage links made from veal, mutton and lamb. The spreads are a traditional red pepper and a kaymak - a milk fat paste. Diners are encouraged to slather the beefy bread with both spreads and wrap it around the sausage before sprinkling onion over the top. It's hearty winter fare. 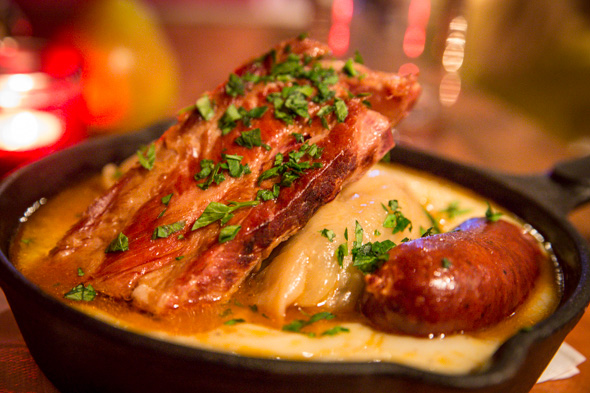 The Cabbage Roll ($12) is another exercise in delivering beyond necessity. The pork and beef is wrapped in a sauerkraut leaf for a sharper flavour and swims in truffled mash. Obviously that's not nearly enough food, and a gigantic smoked pork rib and an impossibly fat Hungarian sausage are chucked on top for good measure. 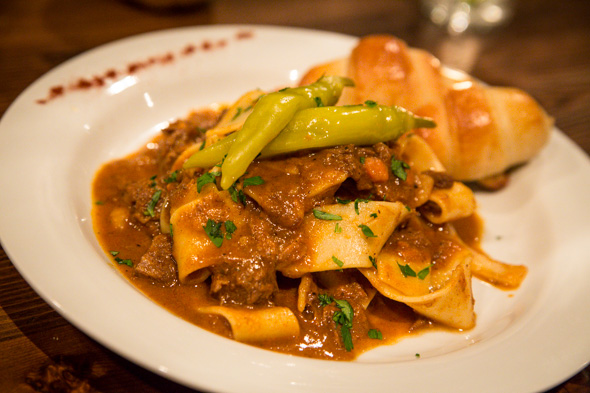 By the time the Beef Ghoulash ($15) comes around, we're already stuffed, but indulge anyway. The oxtail and beef is amazingly tender from some serious slow cooking, and the pappardelle is made in-house. Those stuffed crescent rolls appear on the side for mopping up the sauce, and it's also topped with the pickled jalapenos that we enjoyed on the mezze platter. 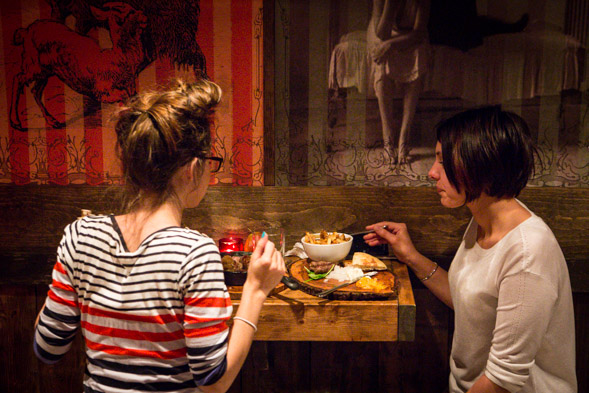 Though it's closed on Mondays, Rakia Bar is open late other days of the week, and I can see the ghoulash standing in for poutine as a late-night craving to soak up too many drinks. Given how quickly the space was filling up when I left, it looks as though I'm not the only one with that idea. 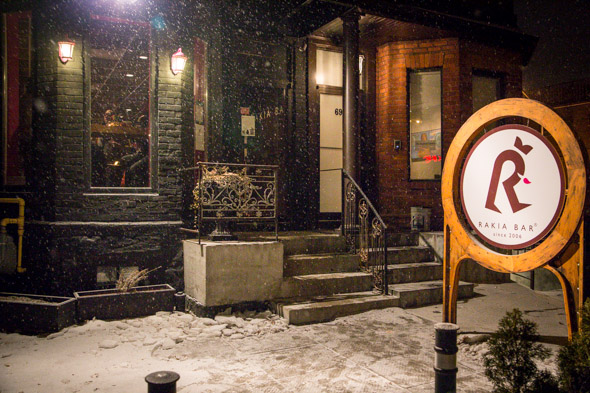