The interior of Raaw is in stark opposition to most sushi restaurants, being dark-walled and dimly lit by stylized light fixtures that look like LED neurons. Apart from the lighting and bright orange chairs, the inside of Raaw is mostly black and minimal, giving it more of a bar-like appearance. 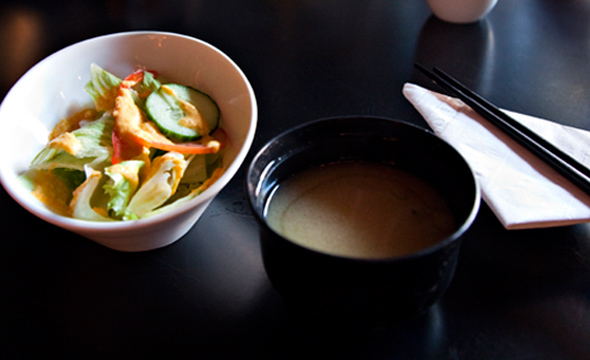 The main menu is extensive; it includes all the anticipated donburi/udon/maki choices but also includes a lot of themed variation (tempura ice-cream, sushi pizza) and is so substitution/customization friendly that even an orthorexic would be well-catered for. 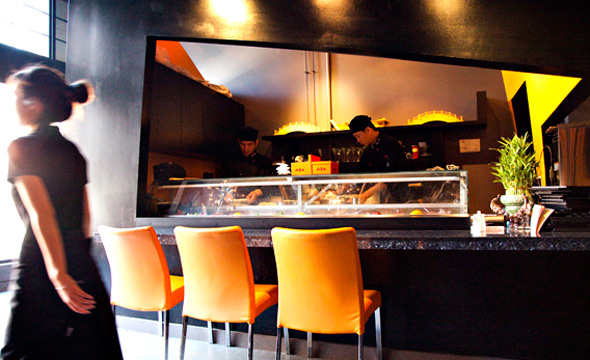 I was fortunate enough to go through a protracted sushi brat phase five years ago when my Japanese friend, then studying in Vancouver, took me to a succession of her favourite local sushi restaurants. It didn't take long for me to become accustomed to sushi restaurants since they're more ubiquitous than ATMs, cheaper than Subway, and friendlier than your favourite bartender (she would often order for both of us in Japanese, immediately endearing her to staff).

The experience gave me a partiality to Japanese food so strong that when the occasional craving strikes it feels akin to a medical condition. The nearest place that deals in sashimi, even if it looks sub-par, is the only antidote.

The timing of our visit to Raaw worked out well. It had been months since my last sushi dose so I was more than ready for Raaw when we walked into the restaurant on a bright Thursday afternoon. Arriving at noon, we look through the main menu before deciding to order from the separate, more concise lunch menu. 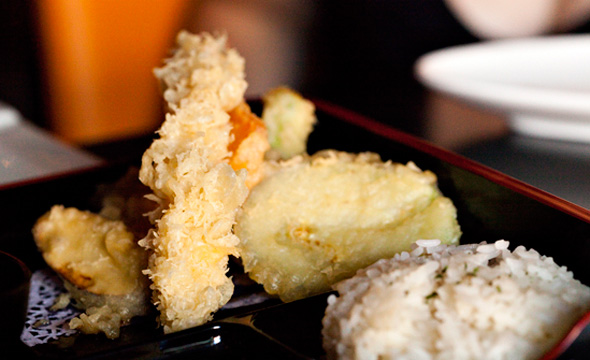 Happily, Raaw haven't eschewed the ever-reliable bento box option from their menu so for $10 you can sample the teriyaki, gyoza, rolls and tempura.

We order a salmon teriyaki bento box with brown rice ($2 extra) and the chicken teriyaki lunch meal with California rolls ($9) to share. 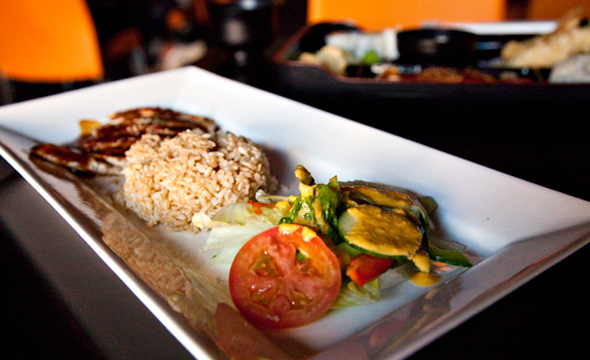 The chicken teriyaki is presented as a sliced chicken breast, drizzled with sauce, with a dome of rice and a side salad. The chicken is well-cooked and sits on top of nicely sautéed rings of onion, which are a lot more palatable than the standard heap of watery bean sprouts that usually accompany teriyaki meals. The brown rice tastes fine but has an odd chemical-like smell that's a bit off-putting. 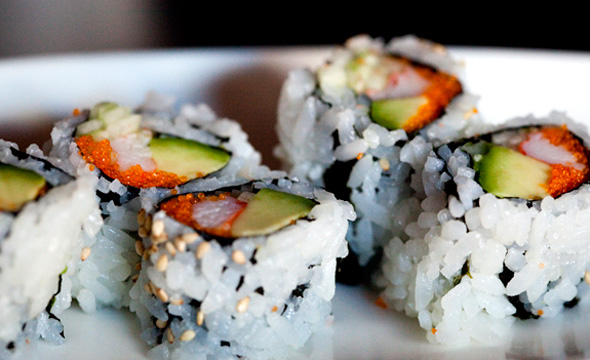 The bento box starts off well; the tempura is fresh and crisp without too much batter and the gyoza have a tasty chicken filling. The salmon used in the teriyaki is almost half fatty grey fish and the California rolls that come with both meals are standard issue, bland rolls with artificial crab. 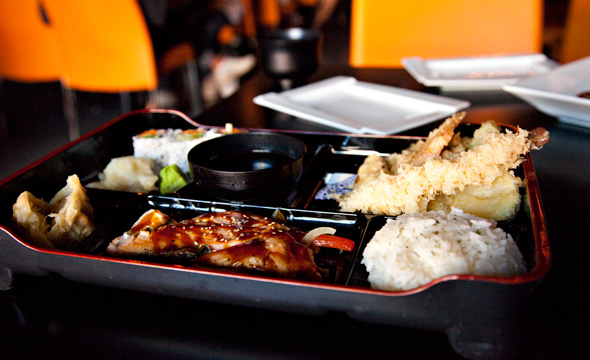 Lunch at Raaw is not bad, overall. The ingredients are fresh, the service is fast and for an average of $10 for a combination meal, the lunch is reasonable. 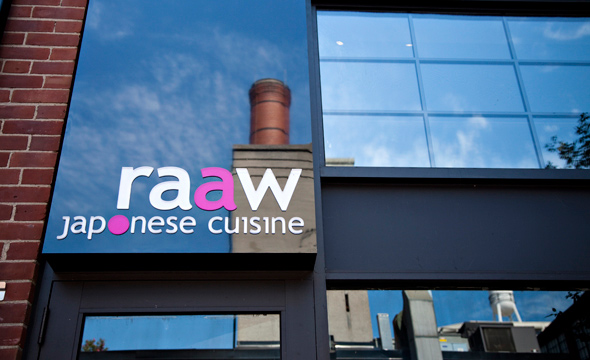 I probably wouldn't make a specific return trip there but if I was in Liberty Village already I'd head back to Raaw and try something from the main menu.