The decor is minimal and somewhat typical, but I didn't stick around long to take it in. I was offered a cup of tea while I waited for my food then went home to enjoy the meal as a traditional Chinese take-away: sitting in front of the TV watching Coronation Street with a couple cans of cider. 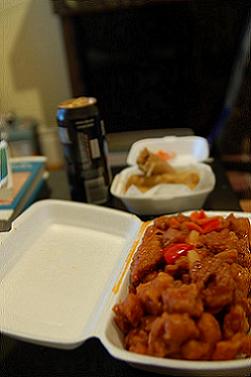 The spring roll appetizers were greasy and delicious, filled with bean sprouts and umm... actually, I can't remember what else because I ate them too fast. Testimony to their tastiness.

I then tucked into one of the two main courses I ordered, the assorted vegetables fried noodle. It was pretty usual. Not just vegetables and noodles though, but a couple different faux meats mixed in their too. They were a nice surprise.

Sweet veggie pork with pineapple, number 32 on the menu, came next and was the star of the meal. It is a must-try for any vegetarians who miss the shopping mall food court staple. It wasn't too sweet like it is in other places, and has the perfect amount of crunch.

The portions were not as overwhelming as they are next door, and they still leave plenty left over for tomorrow's lunch.

Desserts were limited to two options; deep fried banana with coconut cream or sesame rice ball in ginger soup. Neither sounded appealing to me, so I skipped out.

Overall it was really good. Coronation Street was pretty good too, I think Steve has persuaded Michelle to get those DNA tests done. Exciting stuff. 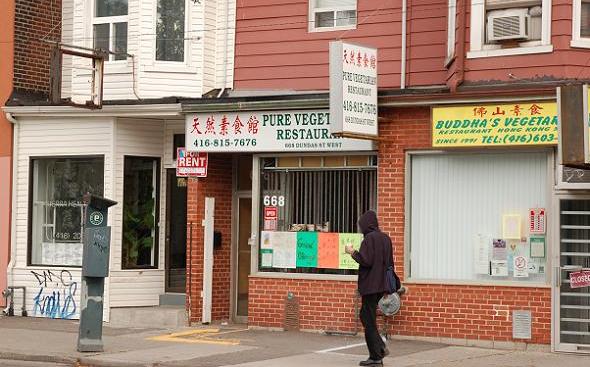