Hogtown Vegan opened their second location on College after enjoying many years in their busy spot in Bloorcourt. They’re known for slinging comfort food that’s entirely meat-free, often with a Southern spin, and brunches are packed.

This corner spot was given the Hogtown treatment after Montreal Bar vacated, leaving them a spacious patio that’s one of the few at a fully vegan restaurant. 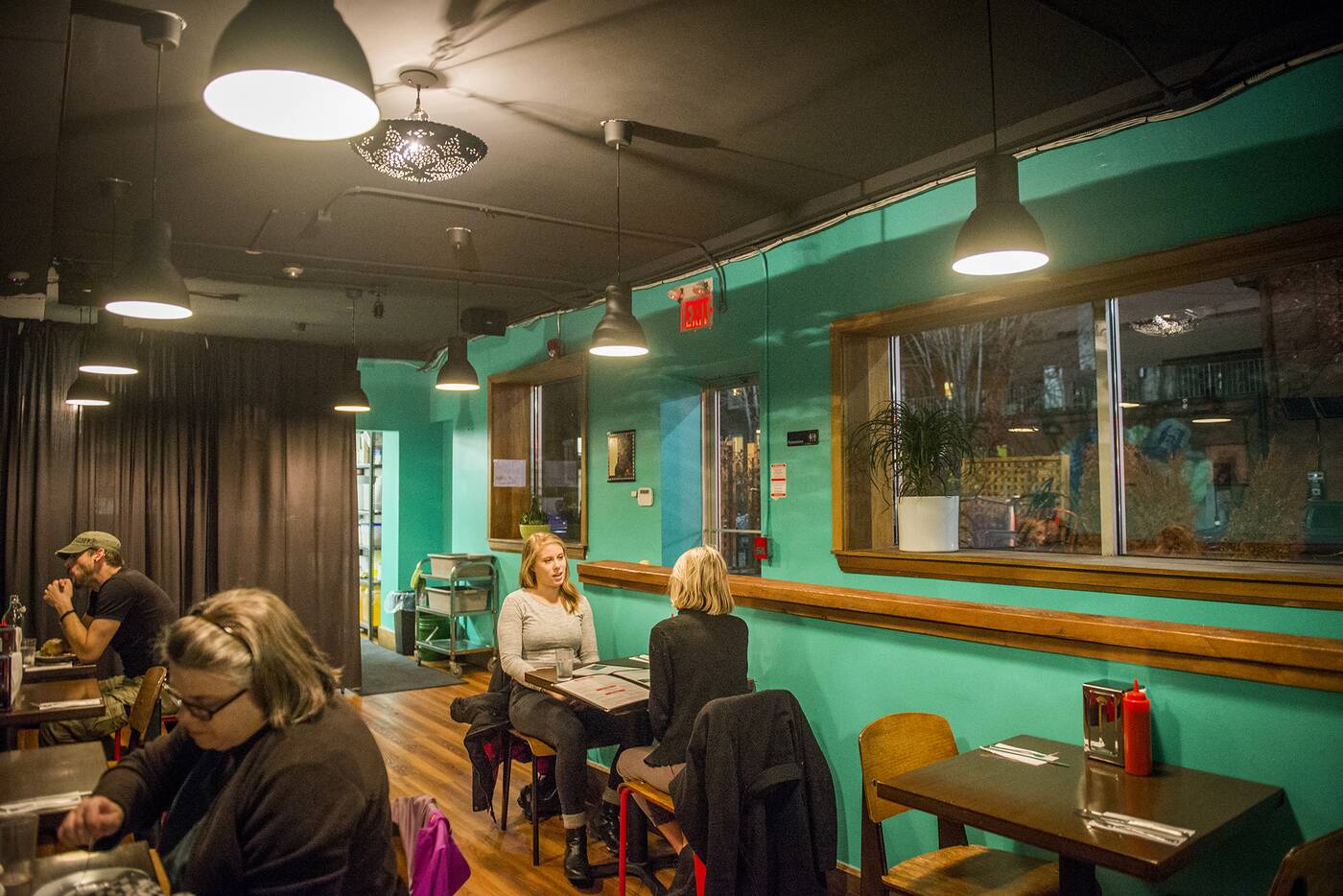 The design, all by servers-turned-owners Jaclyn Walker and Jill Krasnicki, is as comfortingly identical to the original location as the items on the menu. Decked out in familiar teal, it’s also decorated casually with vintage album covers from Diana Ross, Alice Cooper and Rick James. 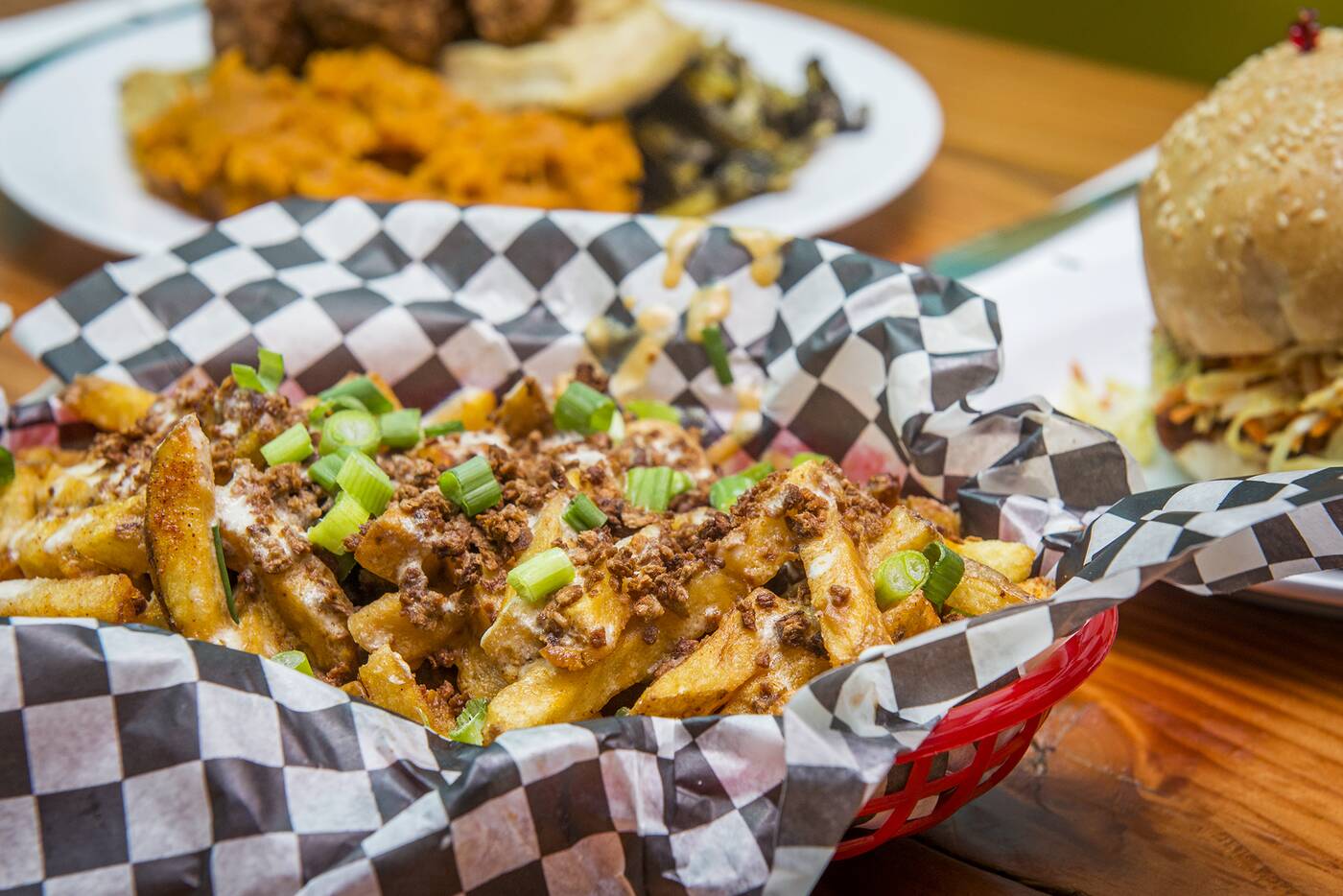 Fries Supremacy ($8) make a great starter or snack to share or munch solo with a beer. 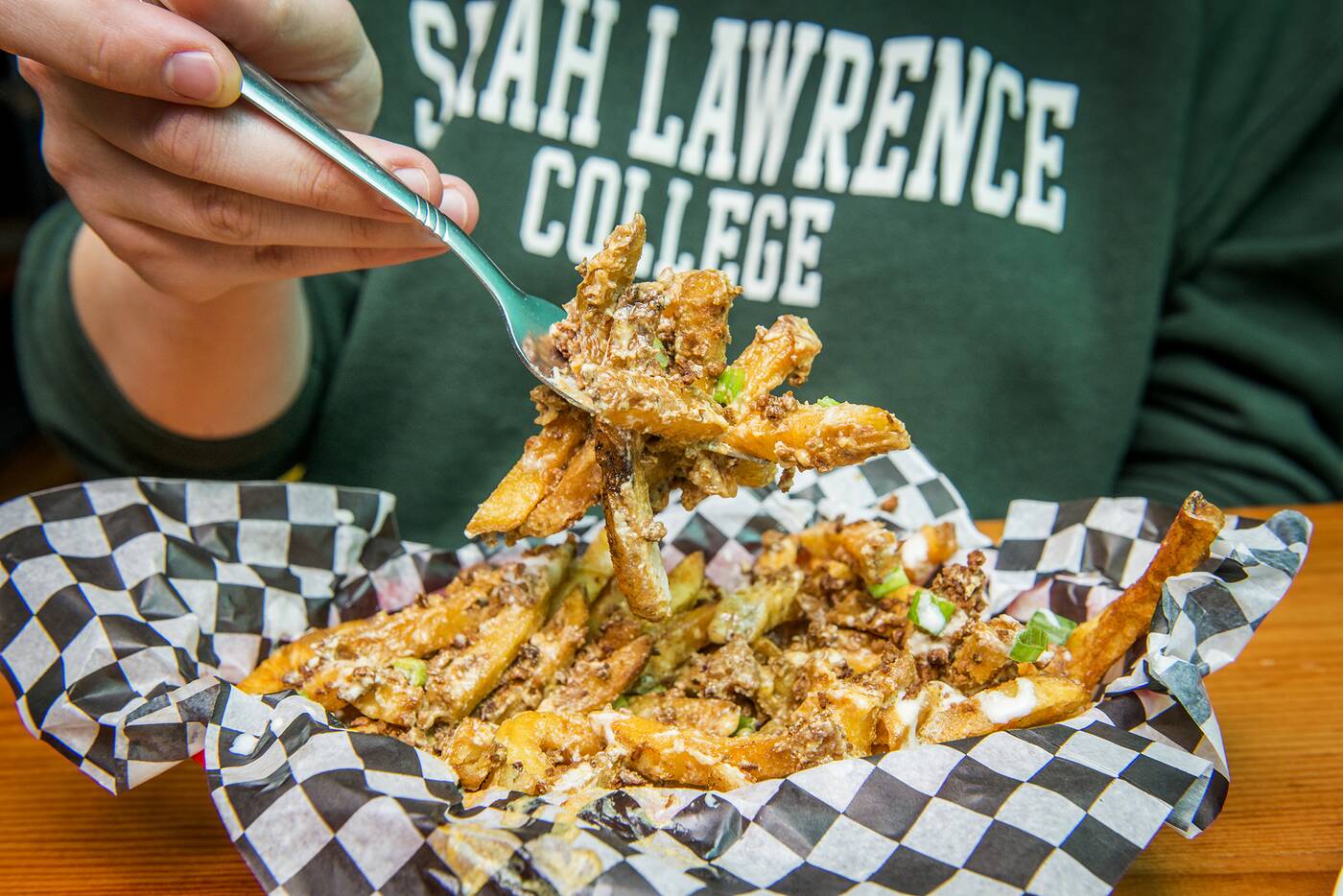 Fresh-cut fries are topped with nacho “cheese” sauce, smoky fakin’ bits, scallions, and a sunflower “sour cream” made by soaking sunflower seeds and blending them with spices. 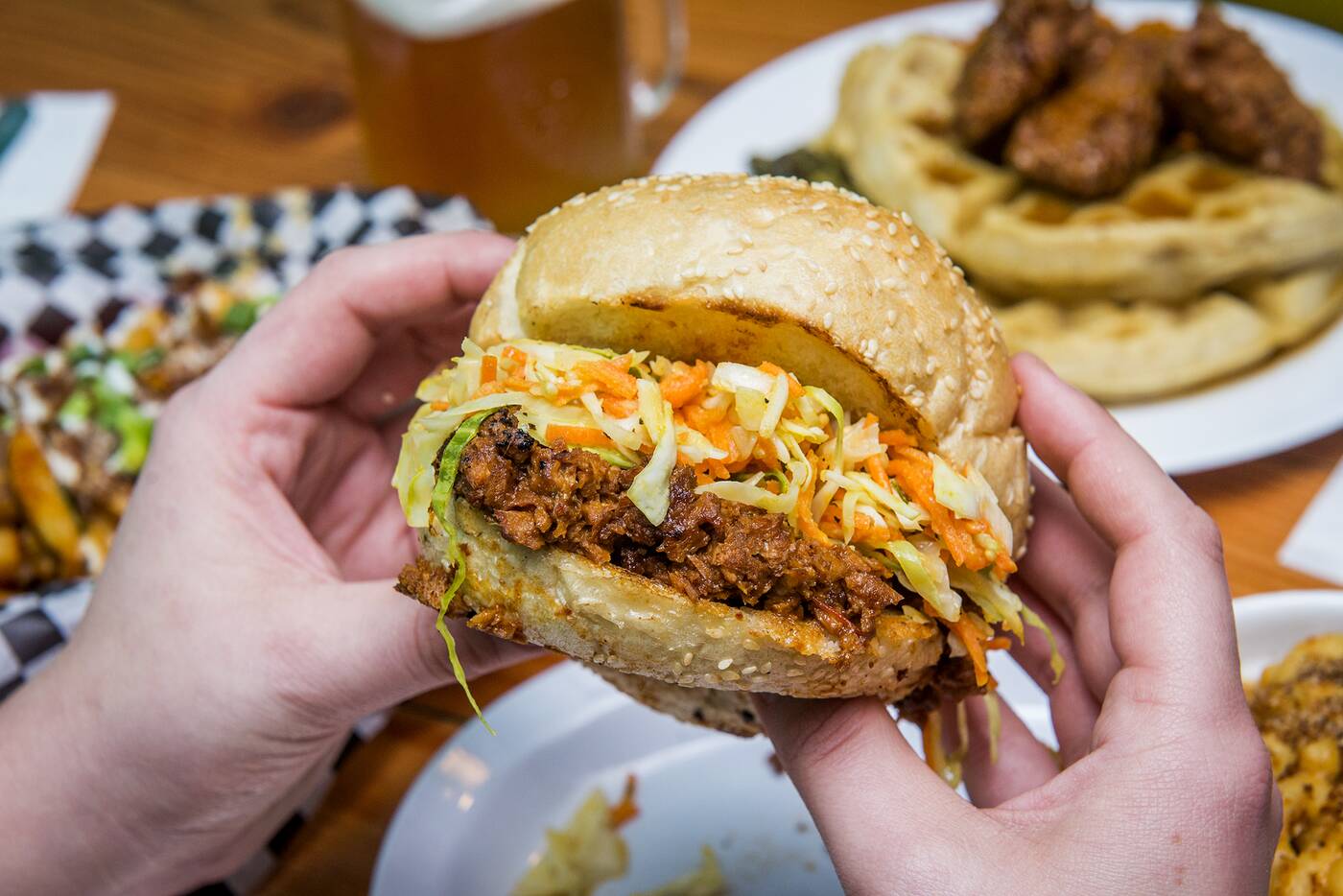 The pulled “pork” sandwich ($13) is made with shredded TVP (textured vegetable protein, the same stuff that’s crumbled to make the fakin’ bits) soaked in their sticky house BBQ sauce made with sugar, molasses, and condiments topped with slaw, all on a squishy steamed sesame seed Doughheads bun. 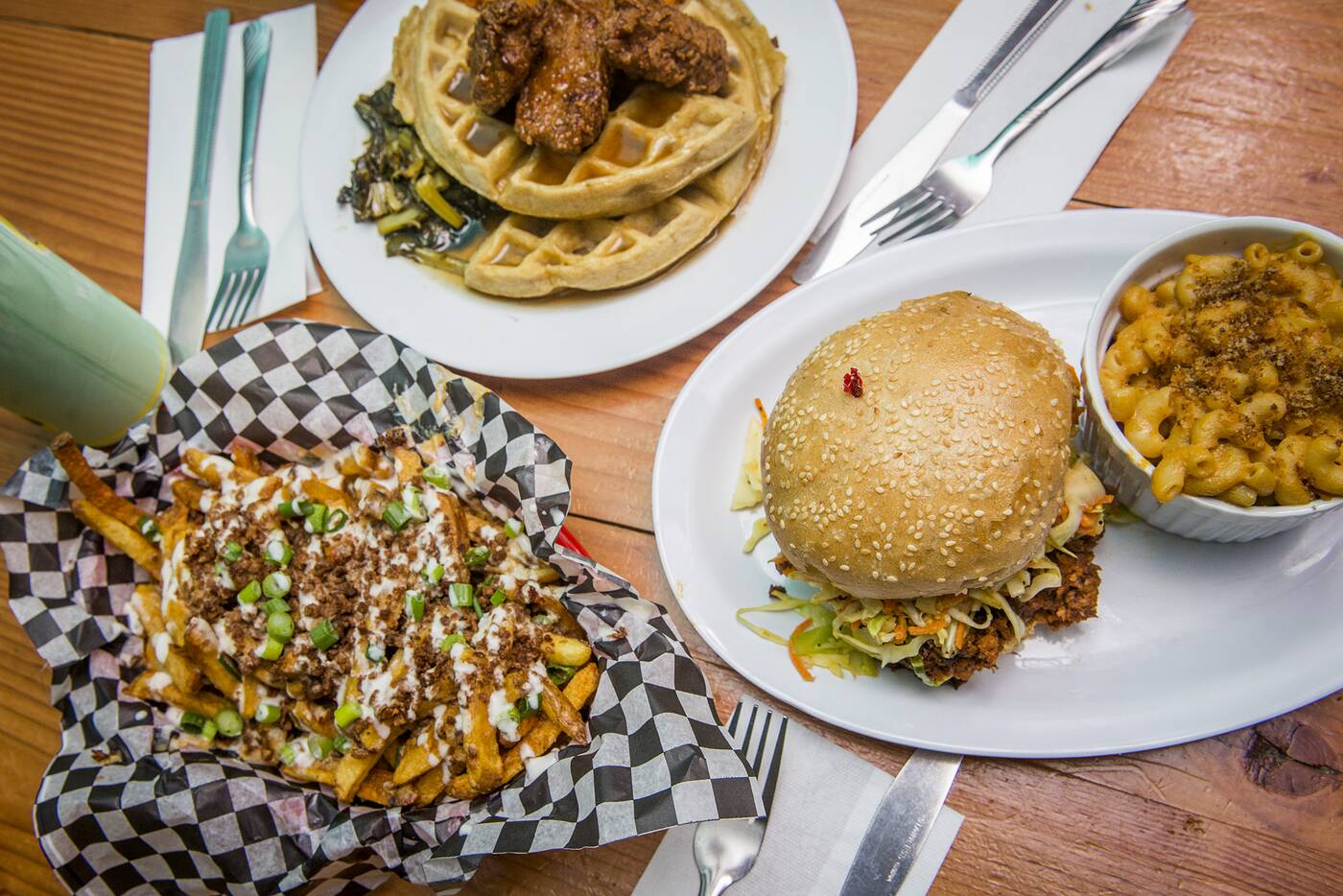 Take the option to make one of their reasonably priced upgrades to your side from fries or slaw to, for example, their legendary breadcrumb-topped mac n’ cheese for $2.50 ($3.50 for gluten-free). 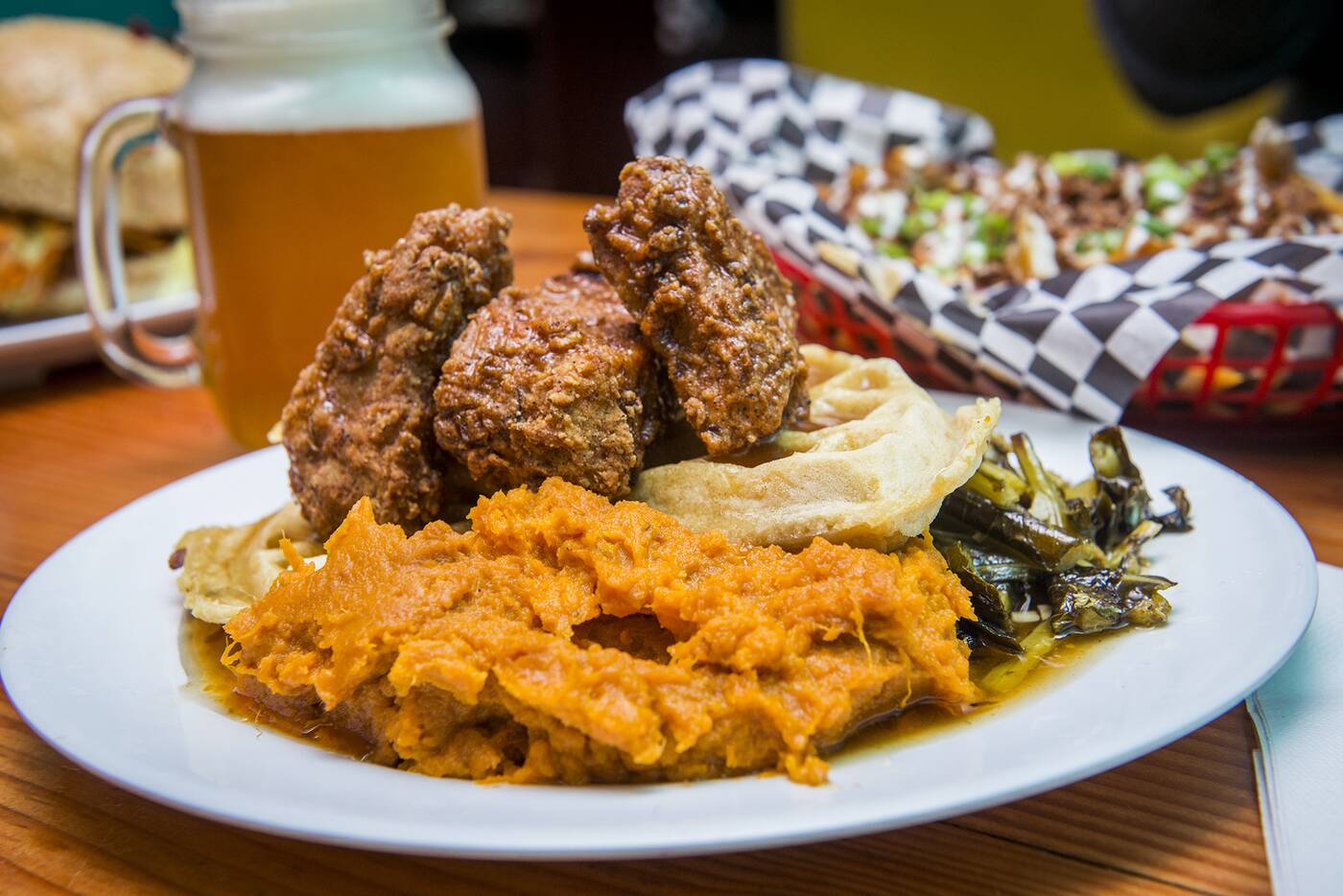 The Unchicken and Waffles ($14) is the must-try dish at Hogtown Vegan, a stack of corn waffles topped with soy chicken breaded to resemble crunchy skin over a soft, tender piece of chicken. Apparently they sell about 40 a night.

The waffles bound with baking powder and oil are dripping with cayenne cinnamon syrup and served with a side of airy sweet potato mash and garlicky collard greens. 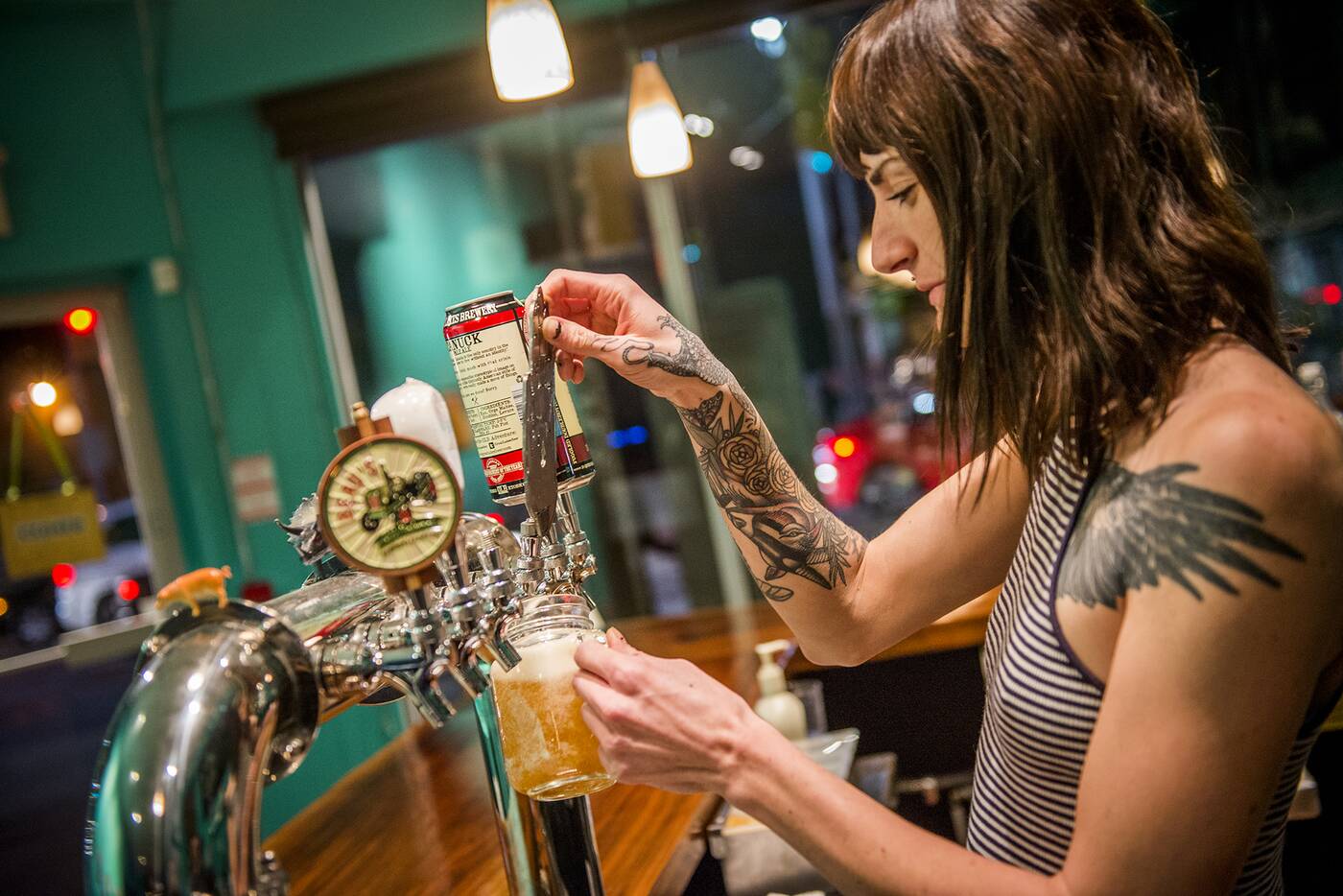 A range of local craft beers on tap includes a simple list of offerings from Beau’s, Great Lakes and Blood Brothers. 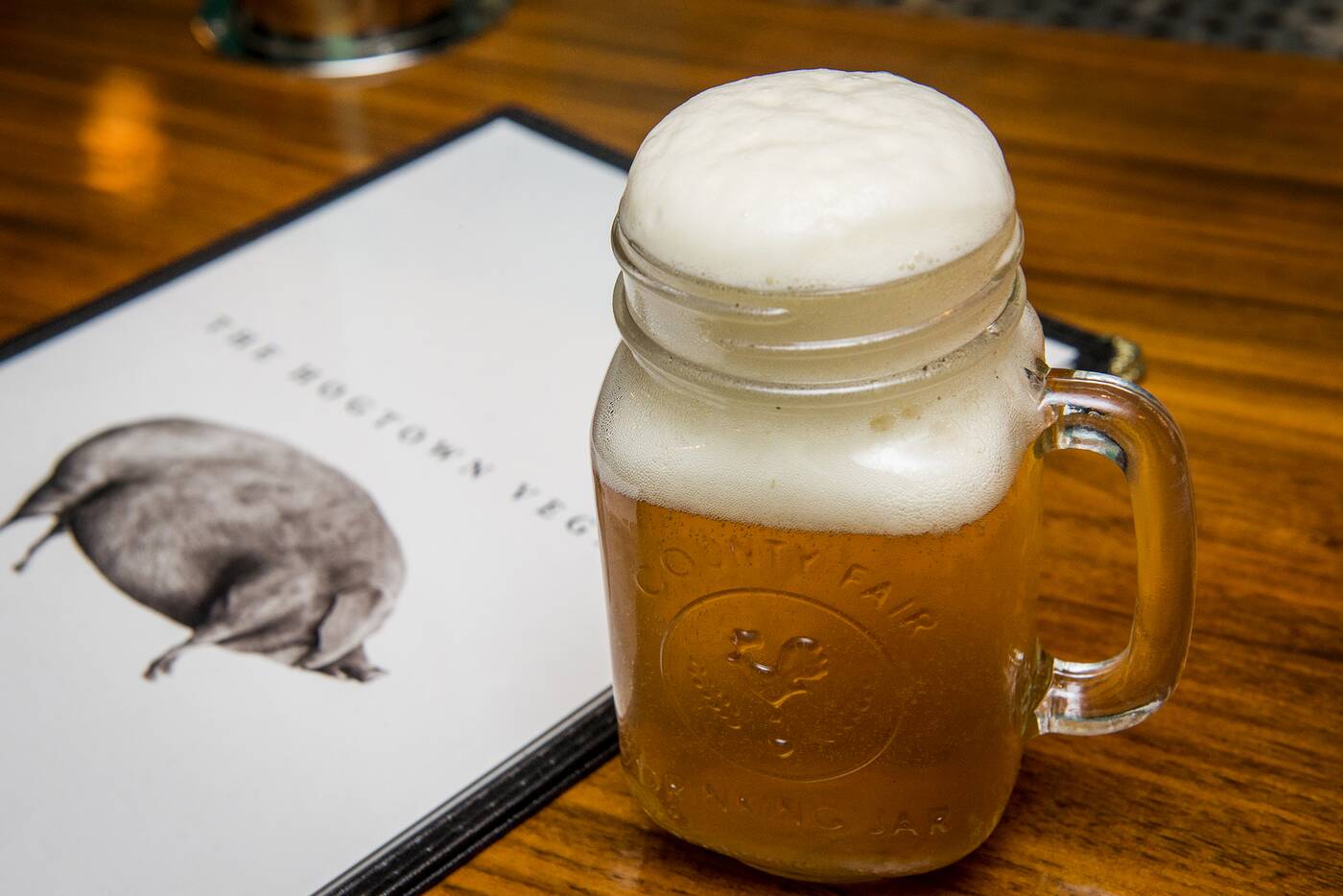 A half pint of refreshing but stiff Blood Brothers Inner IPA will run you $5.50. If beer or wine’s not your thing opt for a simple cocktail ($8), like a caesar made with vegetable juice and tamari for brunch. 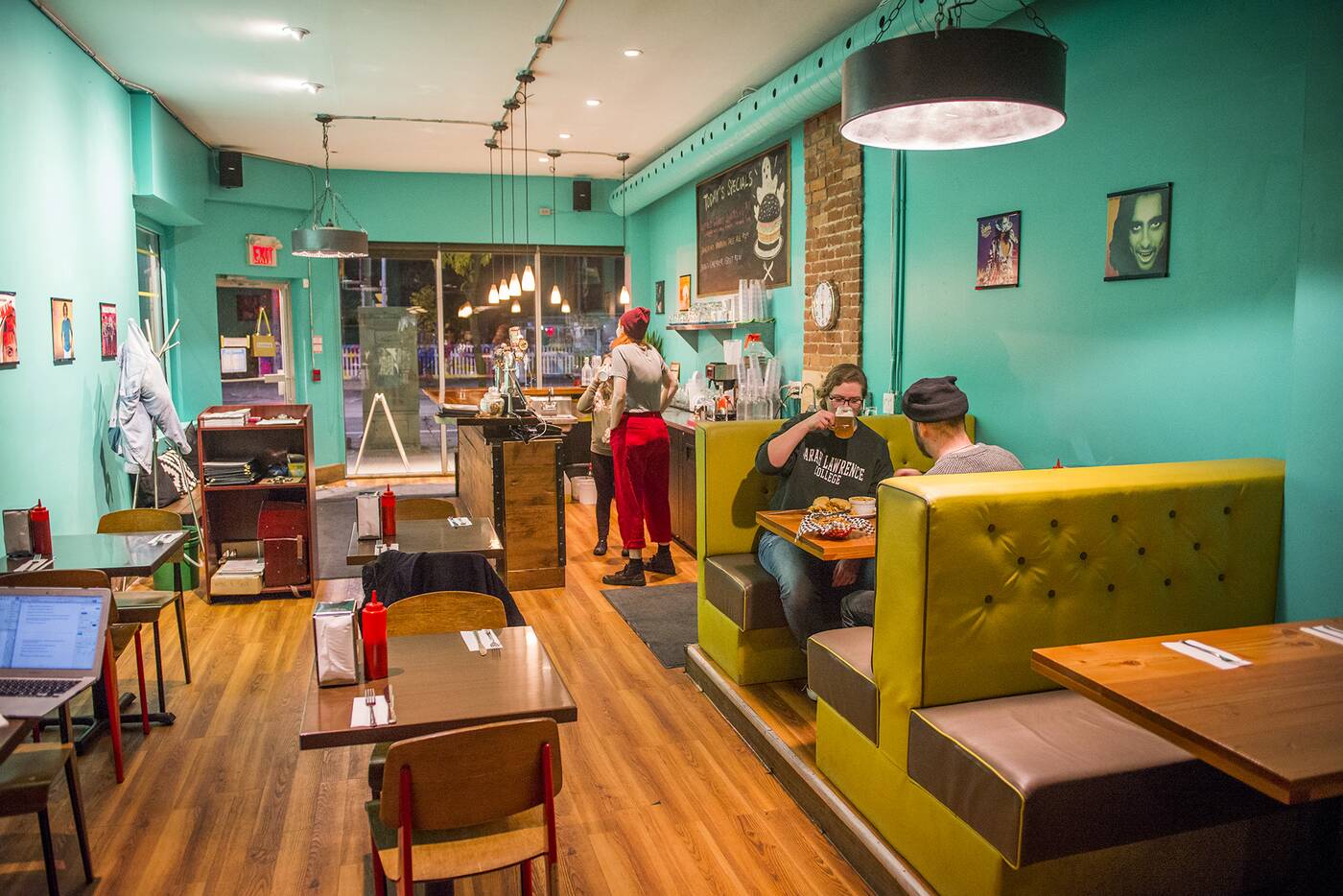 With my first few bites of this greasy spoon style vegan food I instantly remember all the things that I like about Hogtown Vegan: it’s not that it tastes like meat, it’s just that it gives you that same feeling that processed, unhealthy foods that are often packed with animal products can.

Soothing, saucy, and stuffed to the gills, this is the kind of food vegans and non-vegans in Hogtown really want to eat. 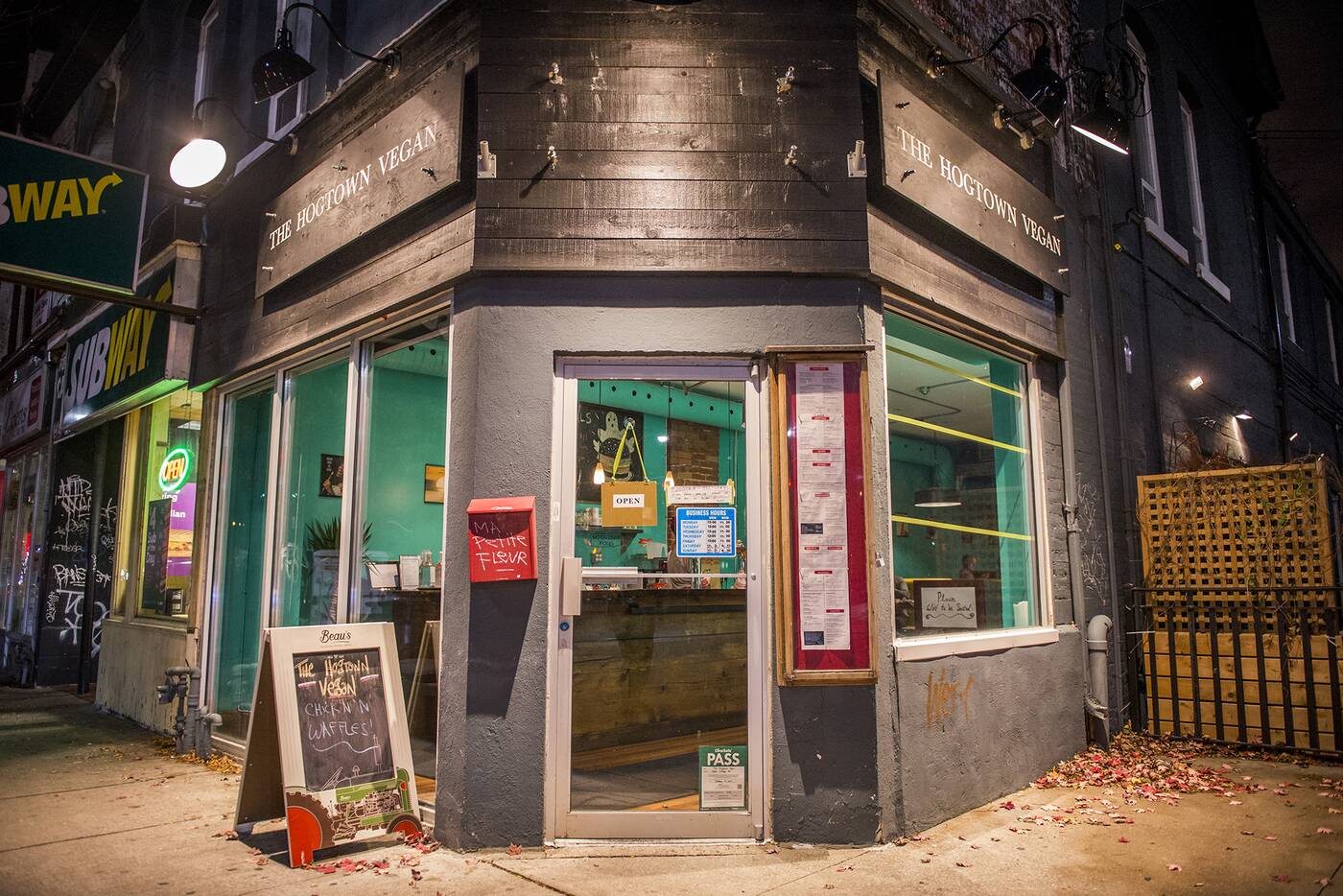