Prohibition Gastrohouse has a midtown location at Yonge and Eglinton, aiming for the same widespread appeal with multiple outlets as something like an Earl’s or Cactus Club.

Go here for shareable apps, tons of drink specials without sacrificing the premium liquor (even their bar rail is top notch) and amped-up comfort food. 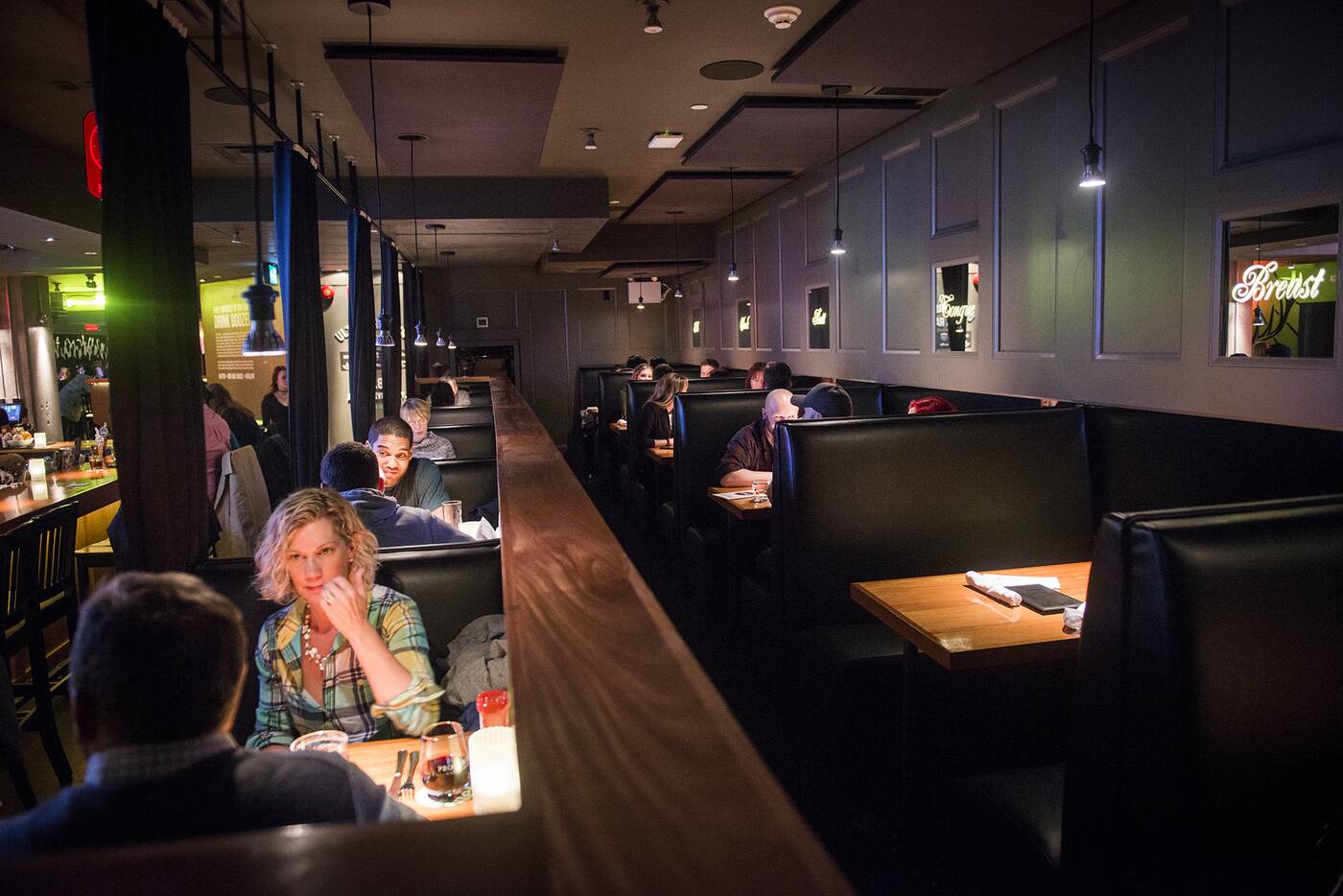 There’s a massive central bar and late night aspect to both this and their original location in Riverside, but instead of clearing furniture for night owls to dance the back area is more devoted to those activities here. There’s even a DJ booth near this spot.

Shrimp cocktail ($14.95) here isn’t just jumbo, it’s “colossal.” Indeed, the shrimp are plump and juicy and definitely not recommended for consumption in just one bite. They come with a sriracha cocktail sauce that misses the texture of horseradish for those that love it, but is pleasantly smooth for those that don’t. 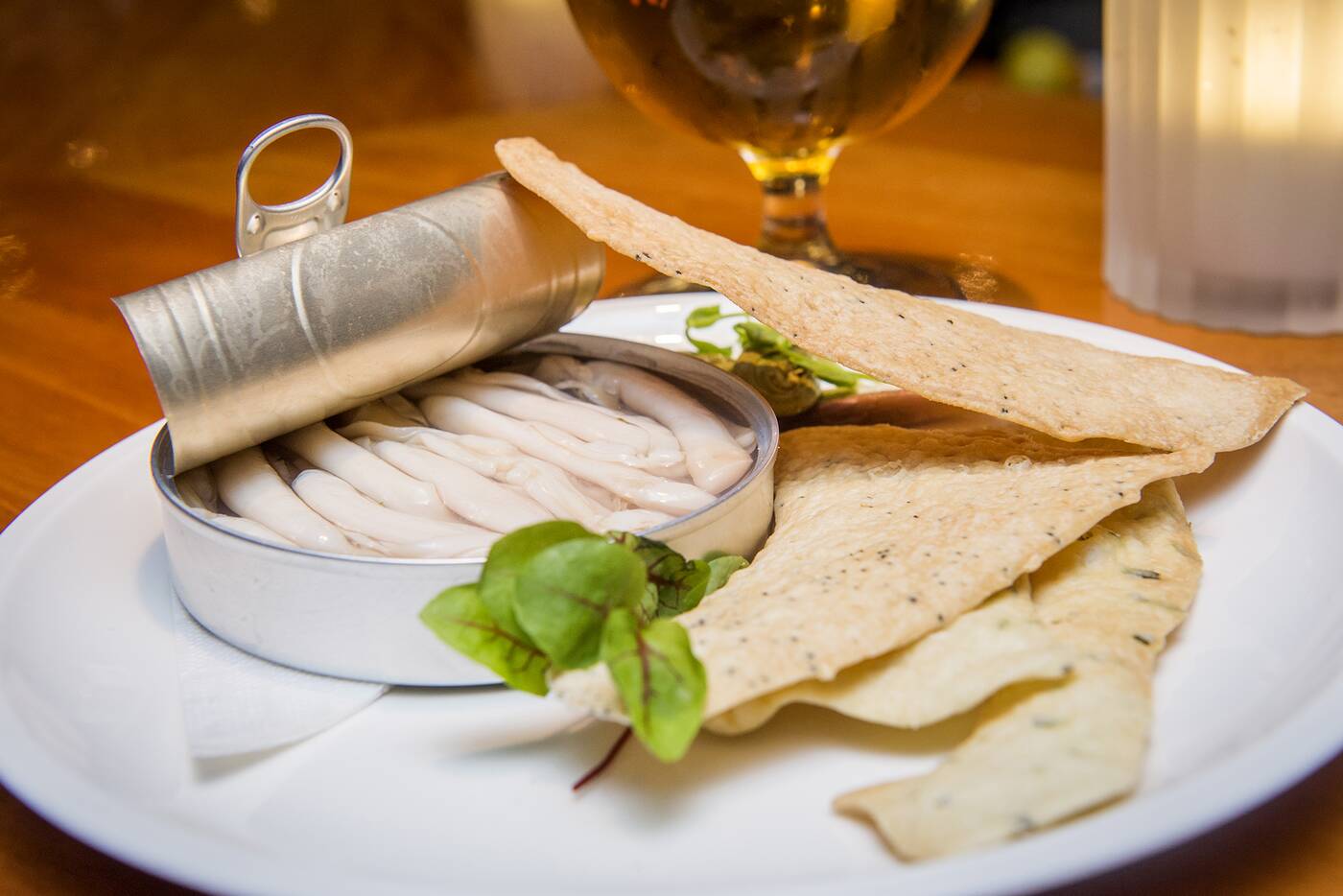 A menu of conservas ups the game to a more Bar-Raval-esque level, and though I would never compare the two in terms of atmosphere it does feel quite civilized to pull tightly-packed clams ($37.08) from brine, imported in a tin all the way from Galicia. 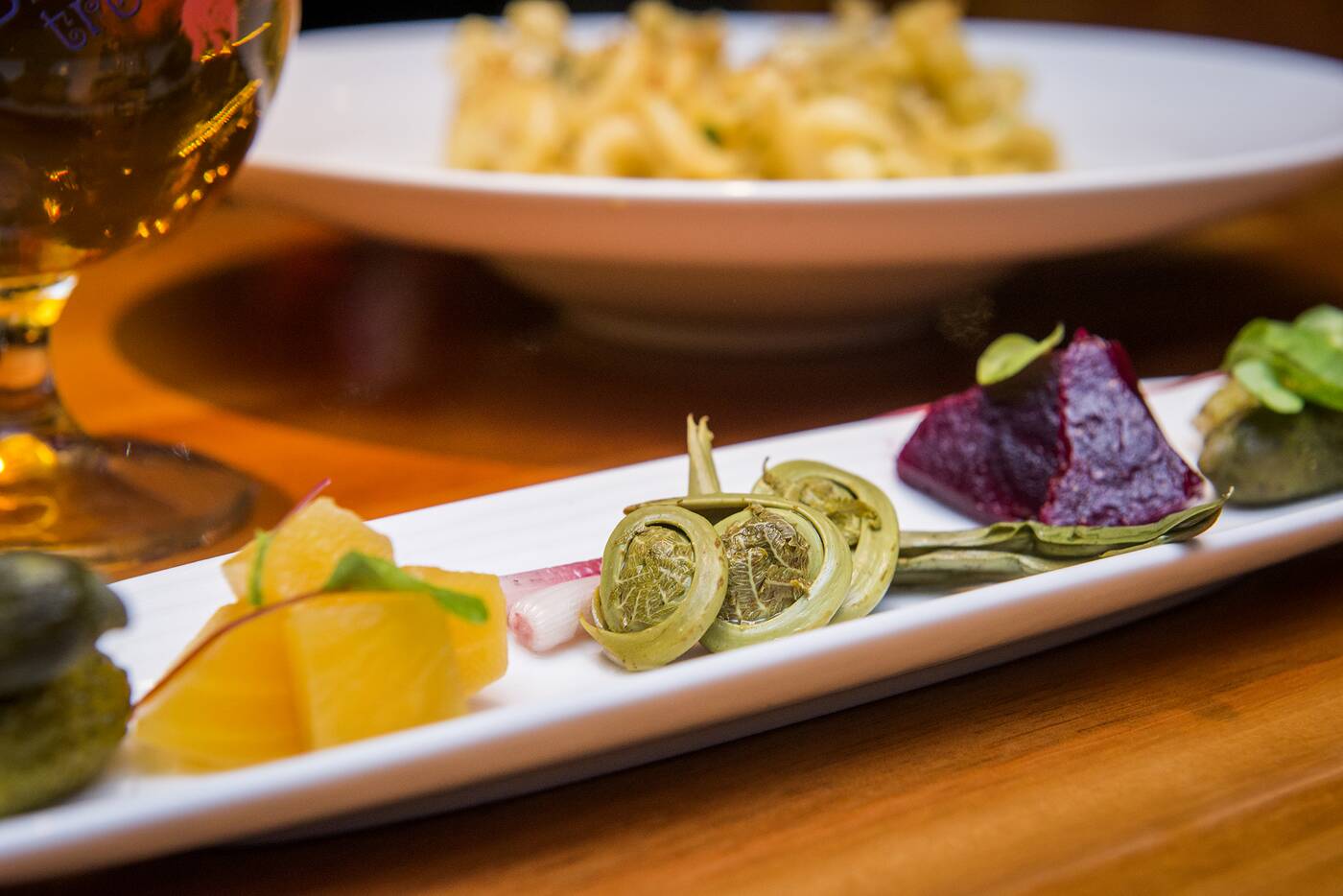 They come with crackers (nothing too special, but an apt conveying mechanism that tones down fishiness) and an equally sophisticated little selection of very sour pickles: cornichons, beets, fiddleheads, leeks. 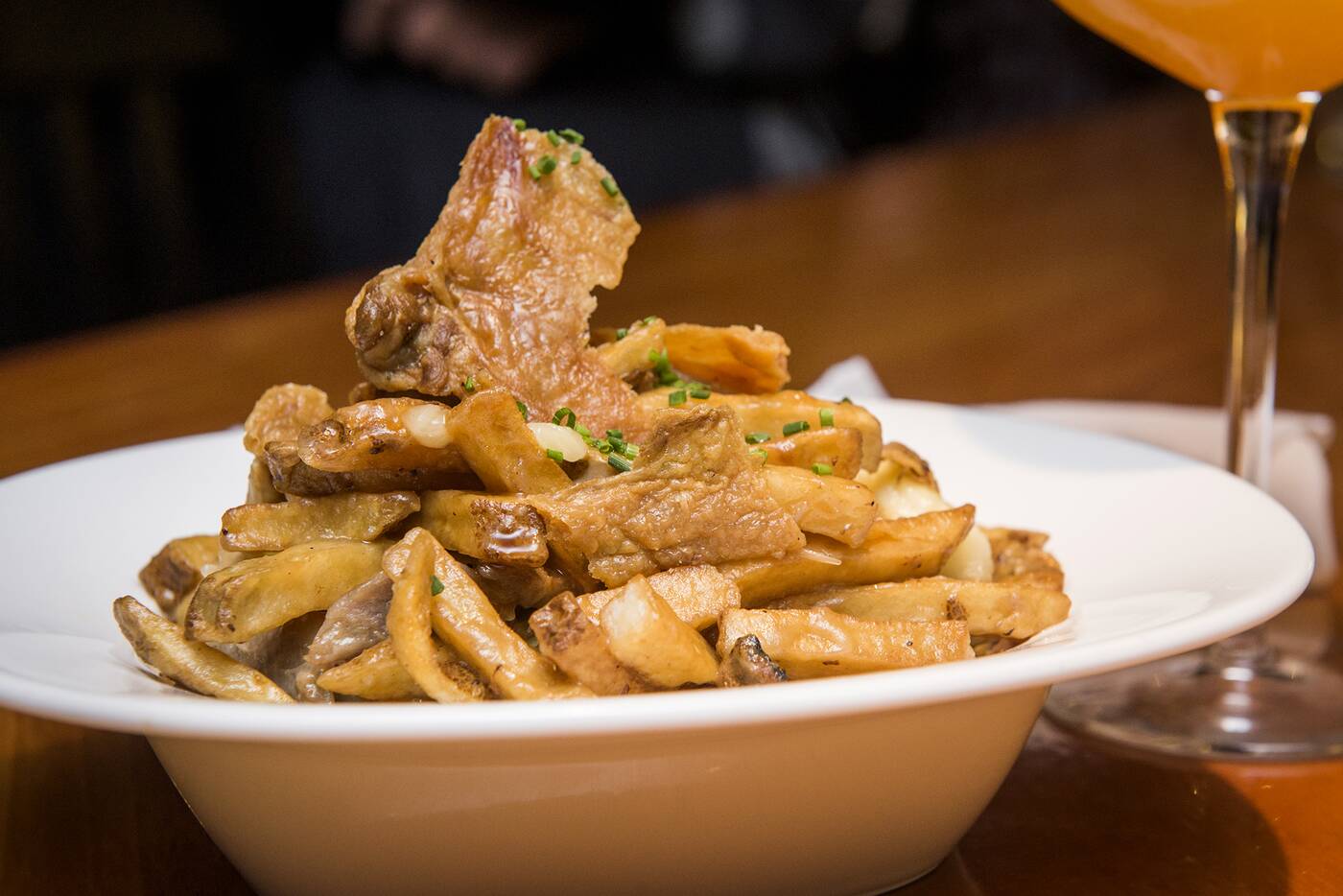 Poutine ($14.95) is “haute” where shrimp was “colossal,” though once again this is an apt description. Duck confit, duck gravy, demi-glace, and deliciously crunchy fatty duck crackling send this gooey Canadian favourite over the top. 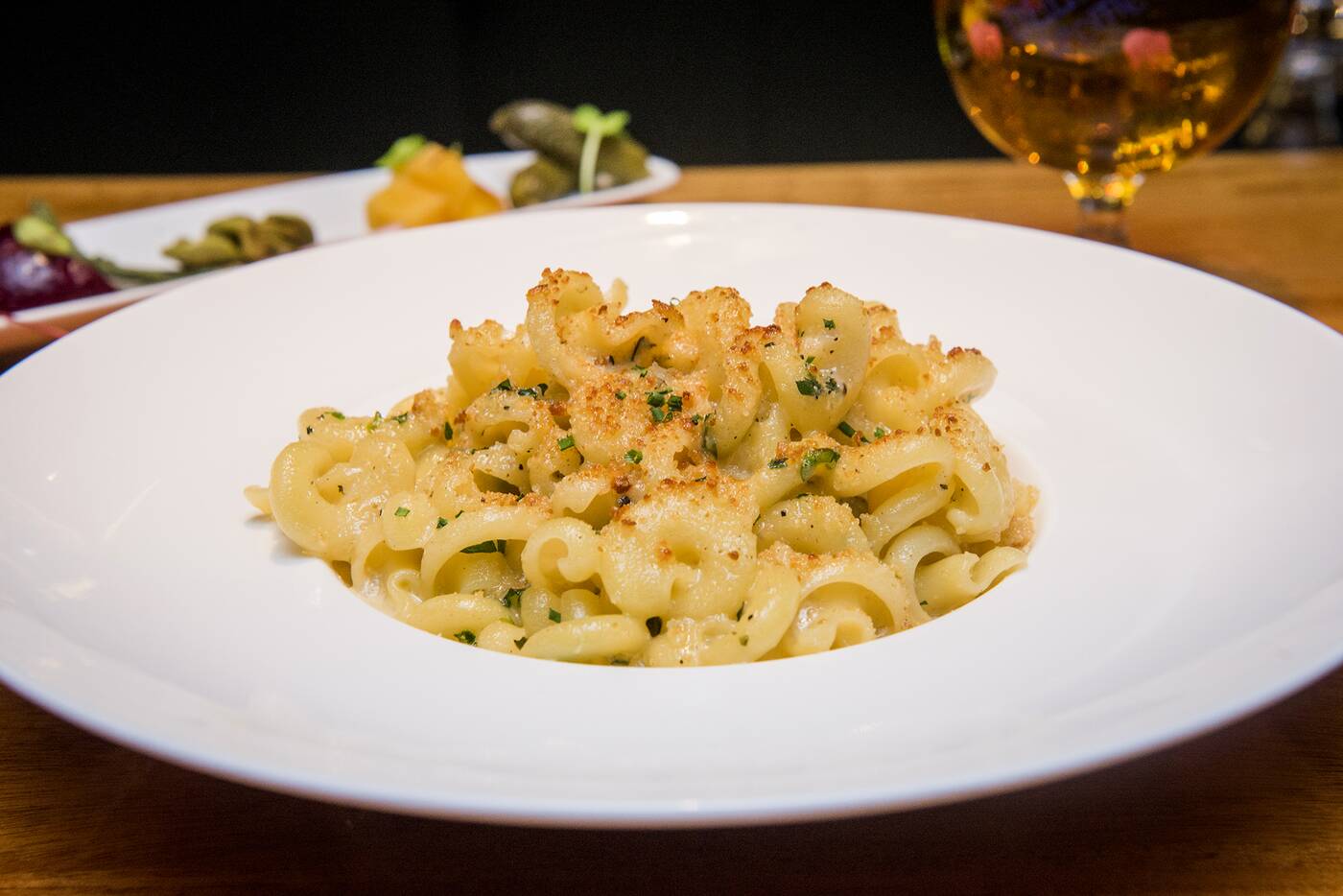 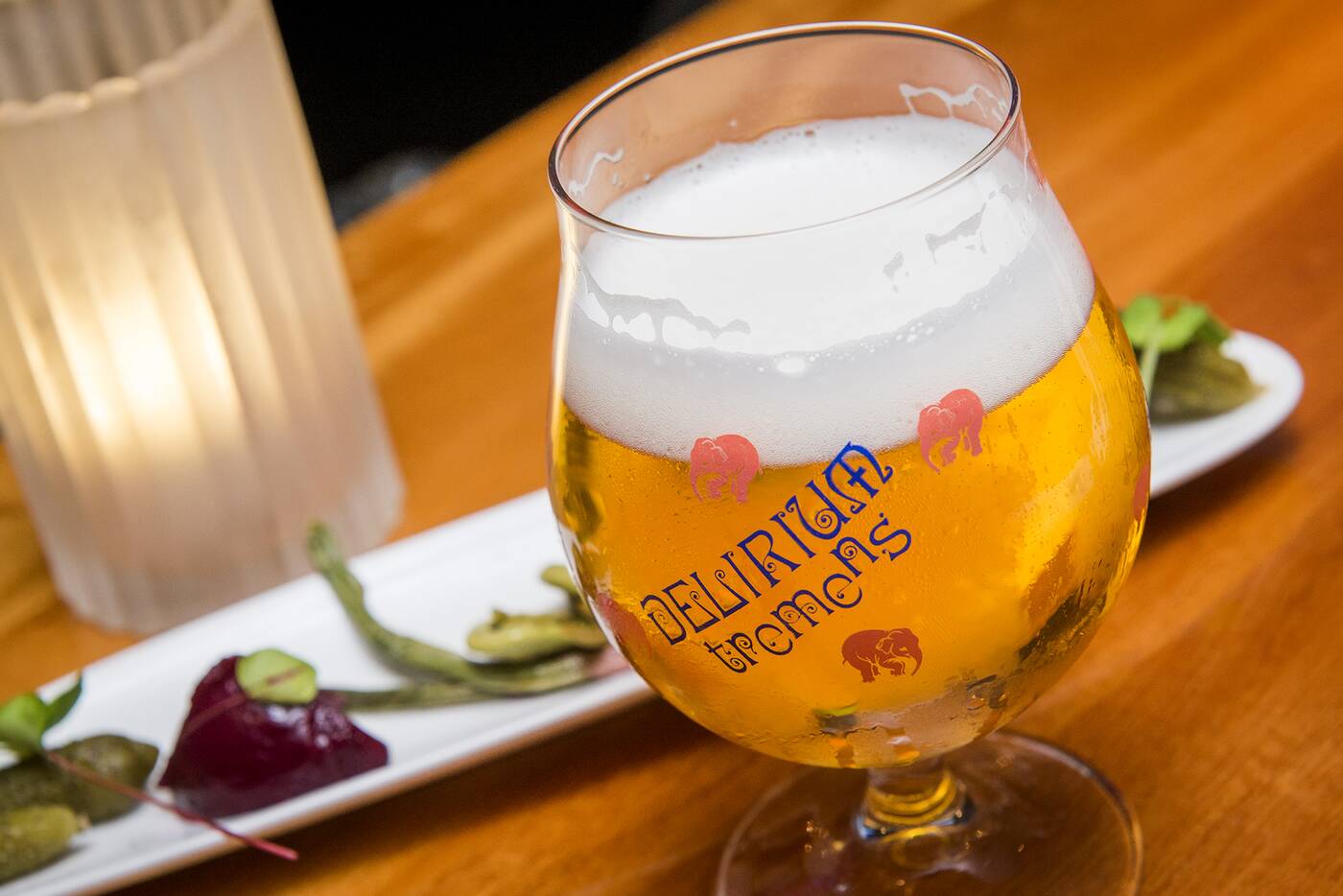 Delirium ($8.65) is a rarer beer that you can get a pretty good deal on considering this easy-drinking, clear Belgian beer is 8.5%. 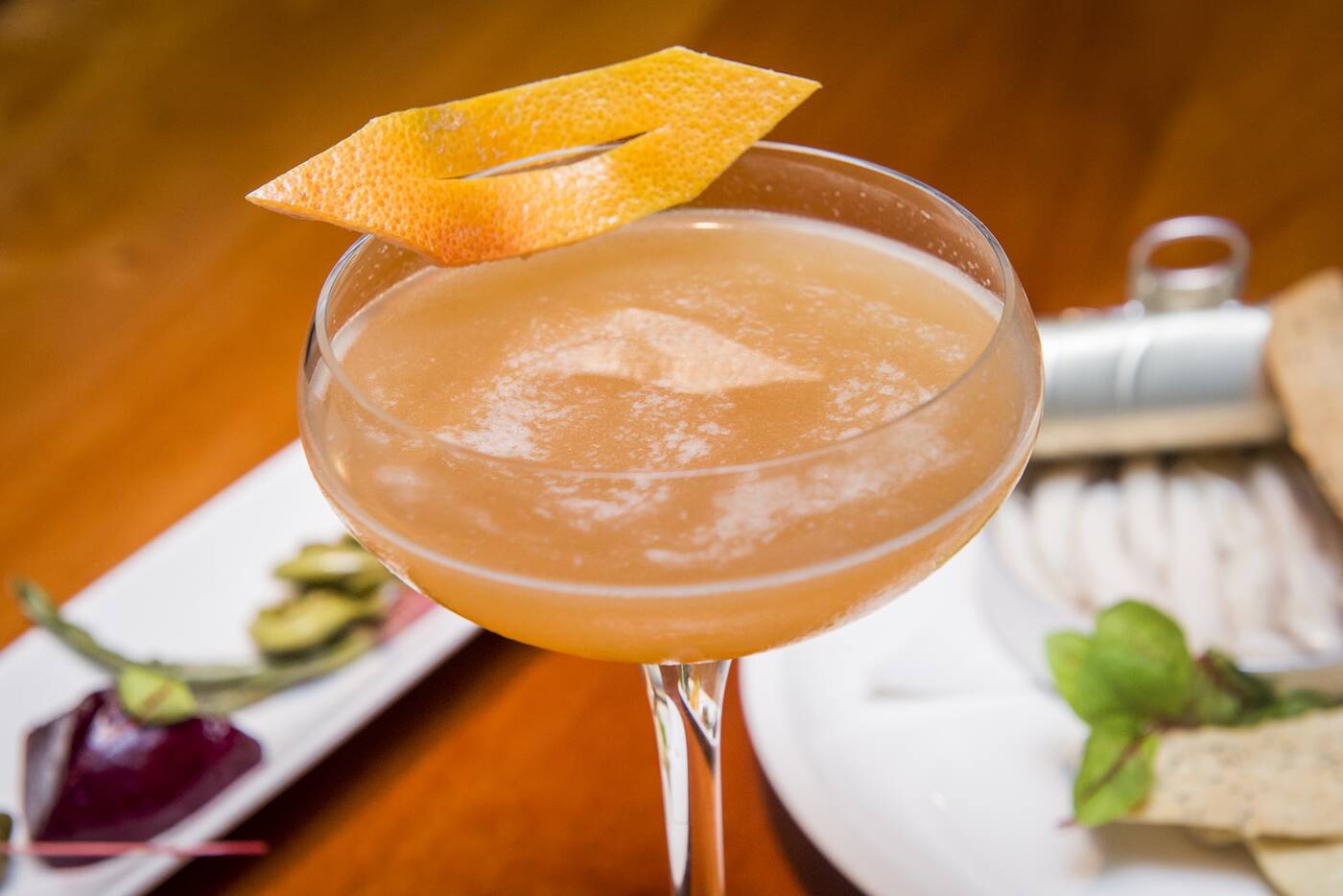 The Hemingway Daiquiri ($14.60, like all cocktails) contains an Ernest-worthy slug of El Dorado 12 year old and sugary maraschino luxardo, though the lime and grapefruit juice and torched grapefruit peel may pay more homage to his more “flaming” side. 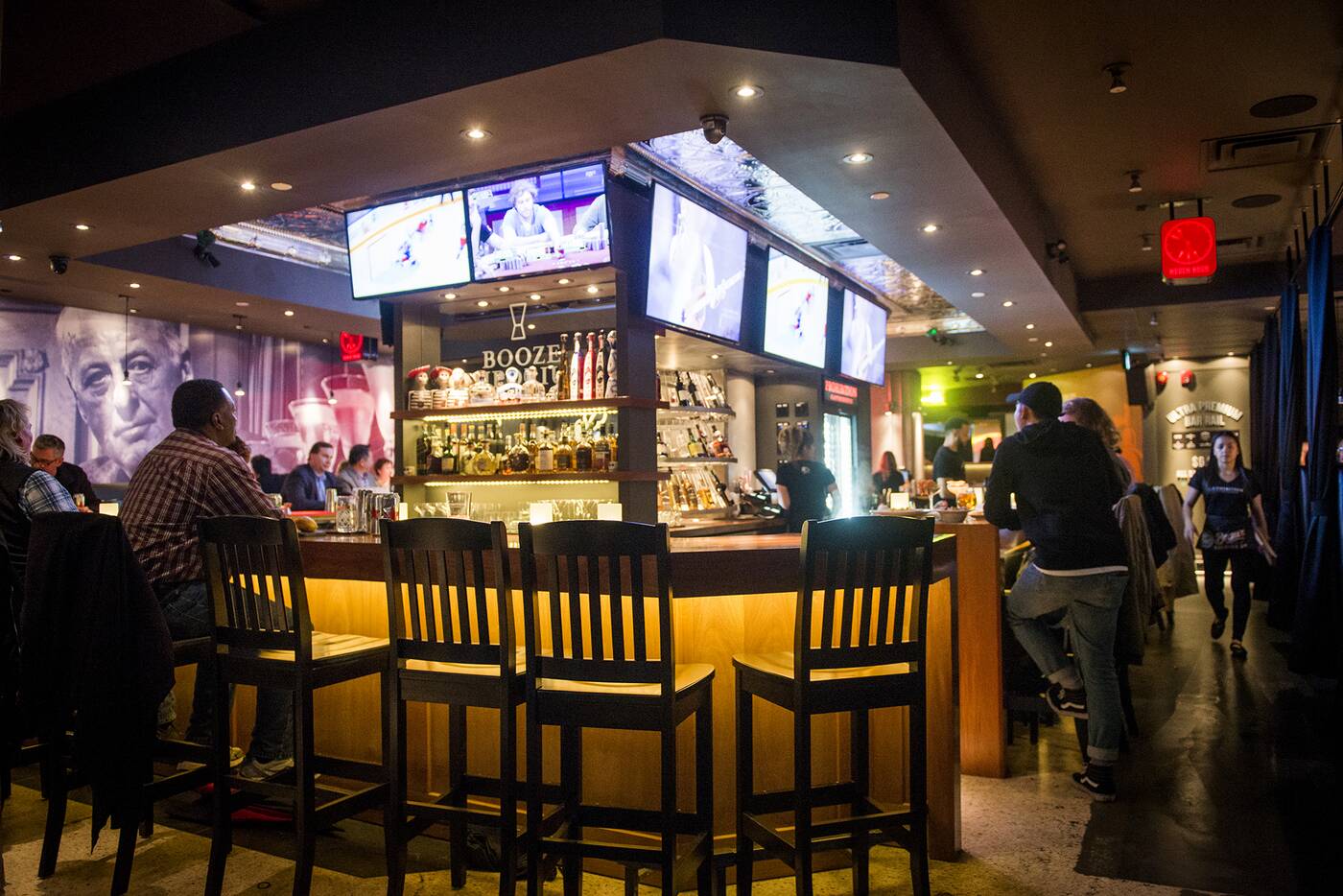 Branding sprawls all over the walls here: if lush velvet curtains, art, and tinkling jazz are your thing, steer clear, but if you don’t mind rubbing elbows with your fellow drinkers at the bar or just need somewhere you know will keep an entire big group happy this is the gastropub for you. 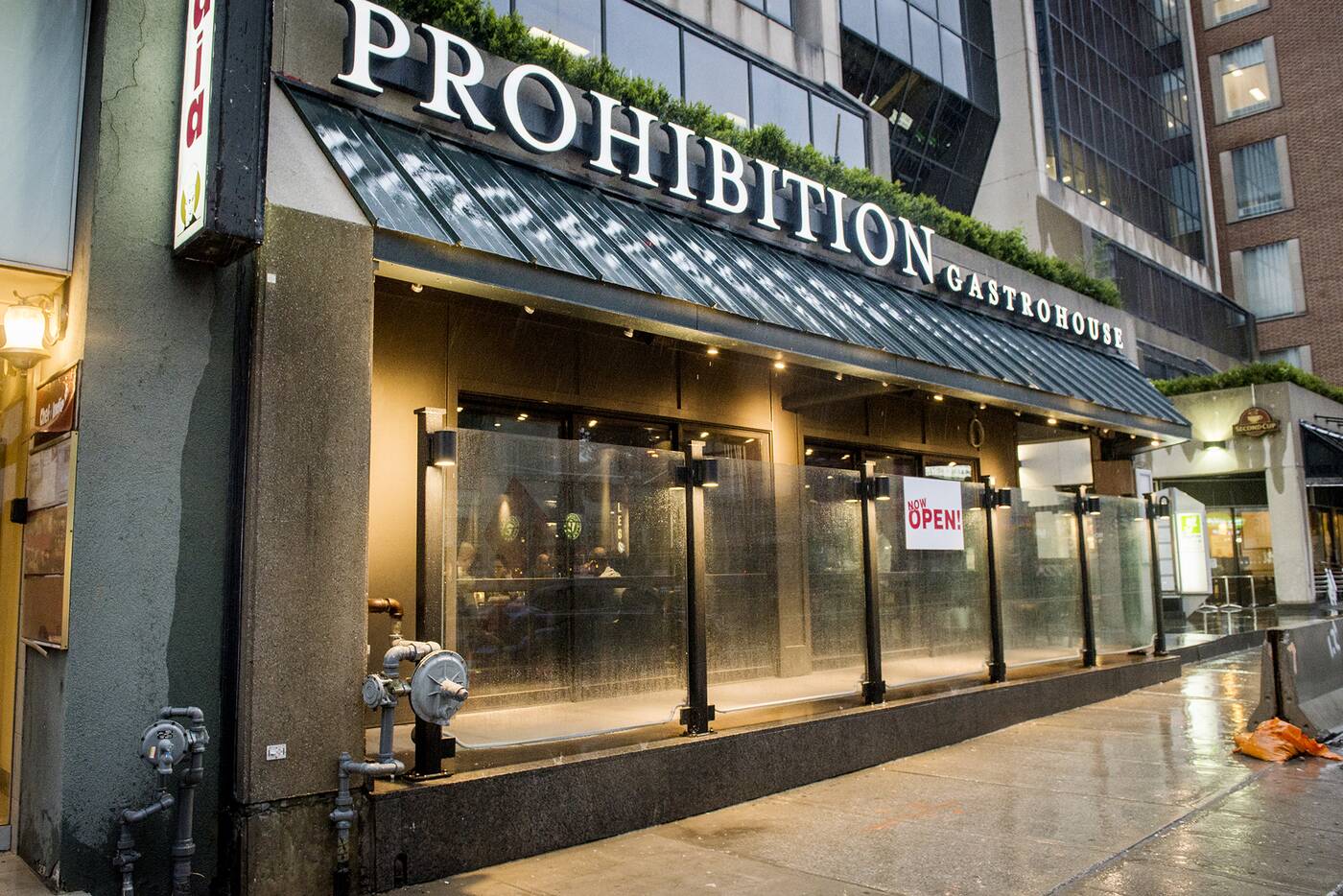