Pokito is an addition to the ever-expanding range of poke shops in Toronto. Poke means to cut cross-wise, and it's a dish with Hawaiian origins that typically incorporates hand-mixed cubes of raw fish on top of a bowl of rice. The name Pokito means that not only do they serve poke bowls, but also poke burritos that roll all that poke goodness into a seaweed wrap.

There are six co-owners, which one might think would lend confusion to a business, but they each have separate strengths that they bring to Pokito. Some of the guys here are also behind Chatime , as well as Me.n.u. Food Truck and Bake Code . When they noticed poke popping up in U.S. cities like New York and Chicago, they travelled abroad for inspiration and came up with Pokito. 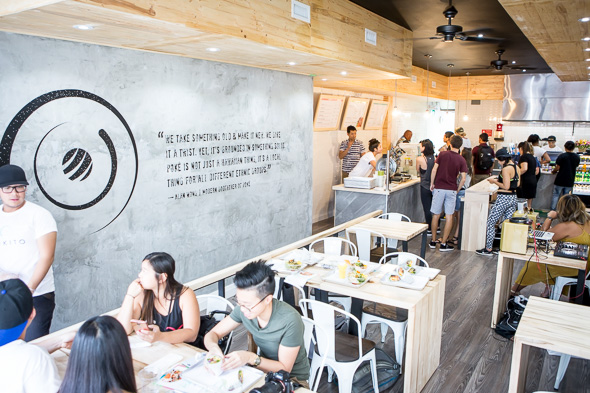 The "pokitos" themselves are a brilliant cross between Toronto's sushi burrito and poke trends. You can create your own with their mix-and-match menu, but we try their Classic Tuna ($14.95) in a burrito. It's sashimi grade tuna with their Pokito classic sauce, which they perfect after testing nine versions, as well as sweet onion, cucumber, and kikurage (a kind of seaweed product). 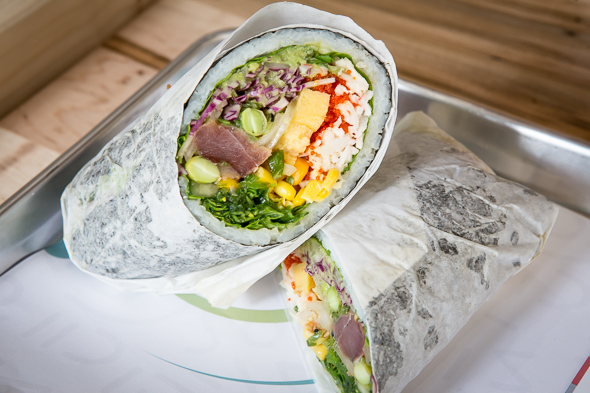 The SSSScallops ($12.95) is one of the cooked fish dishes. It's "SSS" for the sweet, sour and spicy sauce on the scallops. Their spicy mayo sauce is made with gochujang instead of sriracha like most, and the prescribed toppings are edamame, sweet onion, and pineapple chow. That last one combines diced pineapple, culantro (not cilantro) and scotch bonnet peppers. 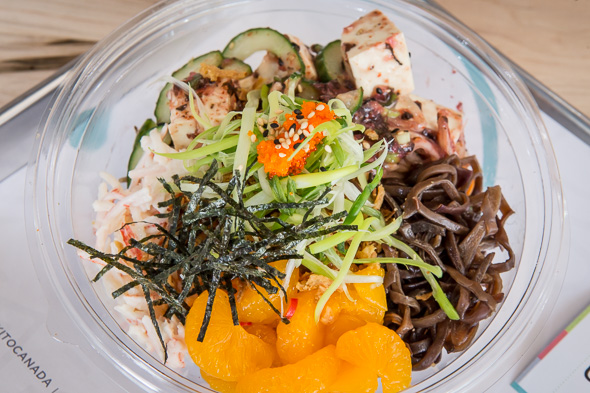 For those who aren't crazy about fish at all but still want to get in on the sensation, there's always the Umeboshi Tofu ($11.95). Umeboshi is a Japanese pickled plum item, and chunks of extra firm tofu in this dish are tossed in a sauce made from it. Along with that comes green papaya, cucumber, and surprisingly complimentary glistening segments of mandarin oranges. 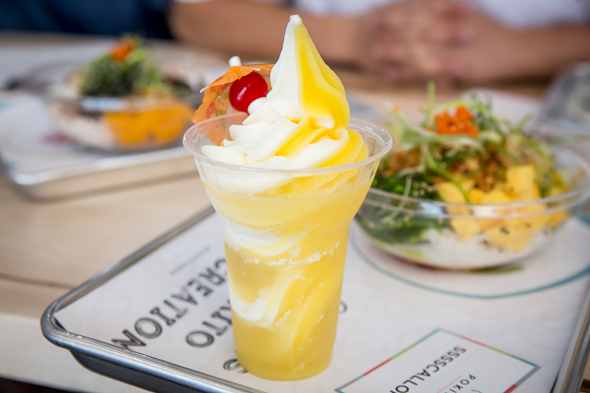 For dessert there's an equally unique treat: a Dole whip float ($4.99). This tasty concoction is usually only available at Disneyland Hawaii, but the team at Pokito snagged the special mixture used to create it. The float is flavoured with a pina colada mixture that imparts a pineapple coconut flavour. 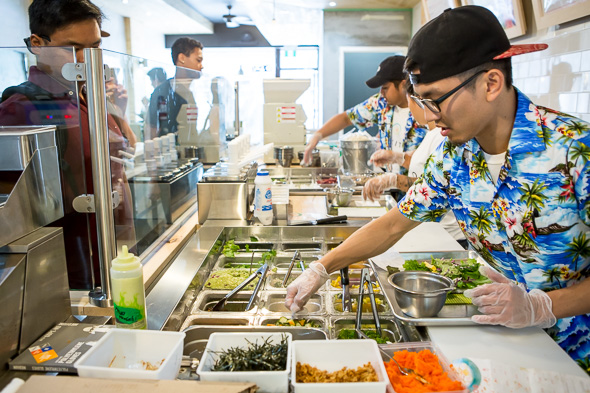 Everything is totally customizable at Pokito, and you can mix and match up to four different proteins with a $2 charge for additional proteins. For a base, you can choose between sushi rice, brown rice, mixed greens, and soba noodles, but the burritos only come with sushi rice for construction purposes. Free toppings include taro chips, crispy onions, and avocado wasabi cream. 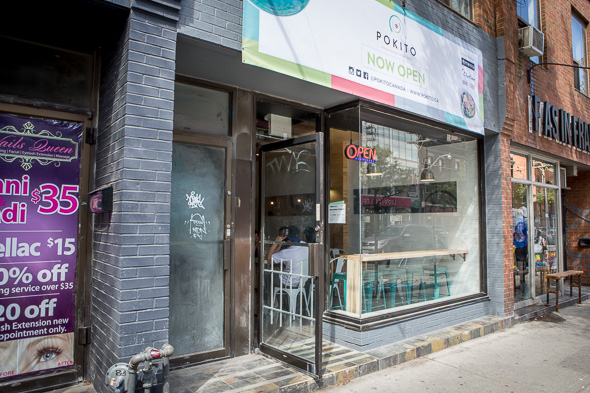