Pizzeria Defina is Roncesvalles' answer to wood-fired pizza. After months of teasing, the paper on the windows is finally down and neighbourhood residents are flocking to their new pizza joint.

My friend and I went for lunch on a Saturday only to be turned away by the pizza-shaped sandwich board (or would that be a calzone board?) in the door which read "Open at 5". Disappointed but not defeated, we shuffled our plans around and vowed to return for dinner instead. 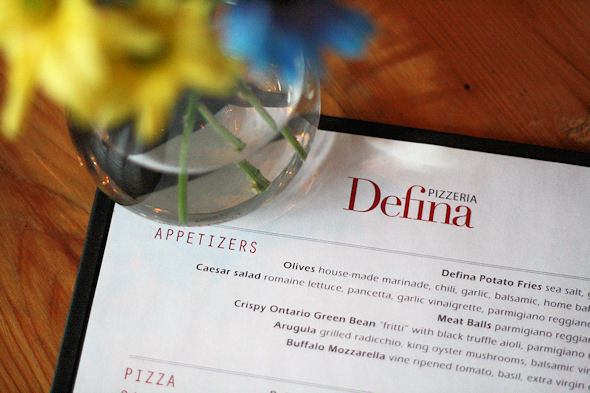 Seating is limited and there was a full house at 6, but we managed to grab a table up front. Considering ourselves lucky at first, we quickly realized why it was free, and also what it feels like to be an ant under a magnifying glass on a sunny day.

Note to readers: try to get a seat in the back around the dinner hour to avoid the sun, which spends some quality time in Pizza Defina before setting in the West. 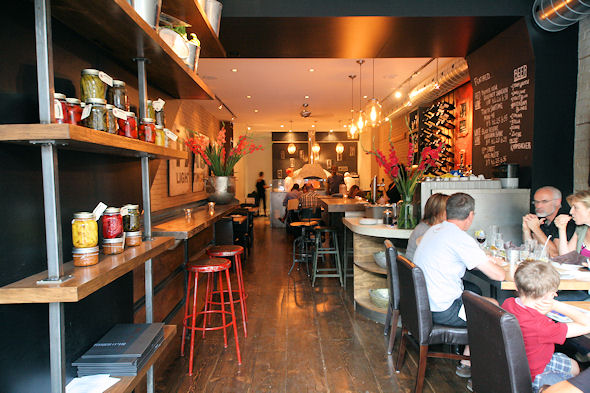 Although it isn't the only pizza place on Ronces, with Pizza Flora being down the street, it still has more to offer in terms of ambience. What is it about exposed brick and wood floors that make a place so cozy? 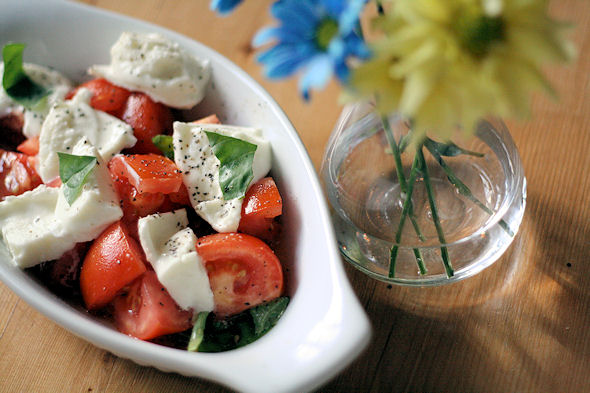 The focus of the menu is, of course, on the pizza, but there are also appetizers to be had, and two pasta options. We started off with the chopped Caprese Salad ($11). With vine-ripened tomatos, silky smooth bufala mozzarella, and basil, it was drizzled with just the right amount of extra-virgin olive oil, without bathing in the stuff. 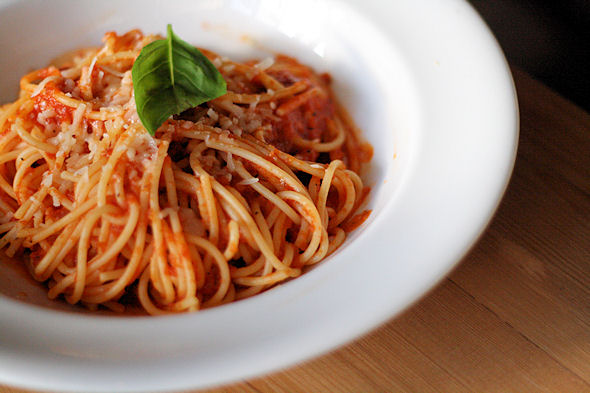 Meanwhile our very underage dining companion (who isn't a fan of pizza that doesn't come in an orange and white box) opted for the spaghetti in a simple tomato sauce ($12), garnished with parmesan cheese and a single basil leaf.

For someone who normally asks for a count of required bites, he polished off the entire bowl (admittedly wearing some of it) and claimed it was "better than mom's" (who isn't Italian by the way, but it still has to count for something).

Now for the main event. Pizzas come served on either Neapolitan or Roma crust, and as I'm notorious for my inability to make a decision, we went with both. The Margherita on Roma ($12) and the Veggie on Neapolitan ($14). 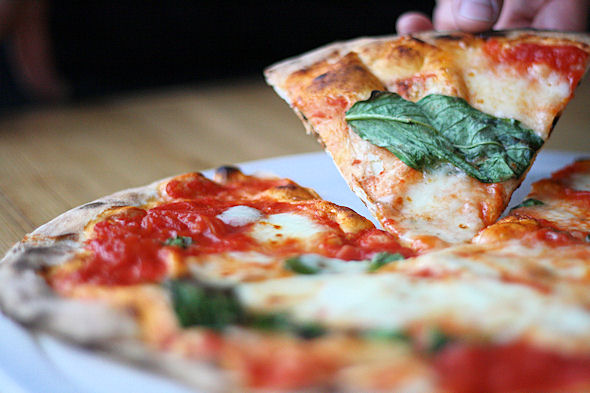 The Margherita, made with San Marzano tomatoes, fior de latte, parmigiano reggiano and the obligatory basil, was just enough weight-wise for the very thin, cracker-like Roma crust. For those who like a very crispy crust, the Roma is definitely the way to go.

The Veggie came piled with eggplant, asparagus, cherry tomatoes and basil and was served on a Neapolitan crust done just right - a little bit charred, and a little bit chewy.

We definitely got our moneys worth in veggies, but I would have preferred them to be sliced and diced a bit more. It was kind of like having a salad on a pizza as opposed to toppings. 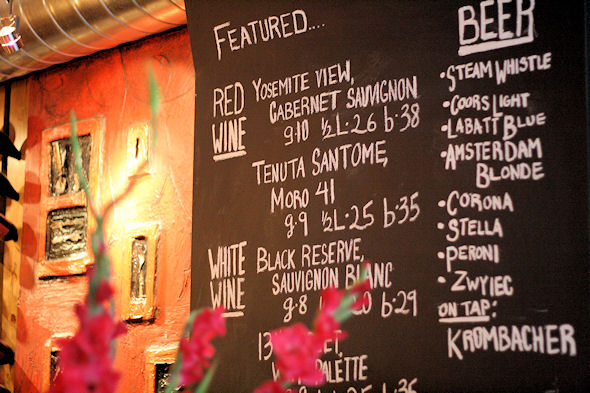 Oddly enough I wasn't in the mood for wine (don't worry, I'm seeing a doctor about it...) but I did peruse the wine list which consists of some decent and affordable selections. Glasses range from $7 - $10 and the bottles start at $29. Not too shabby. 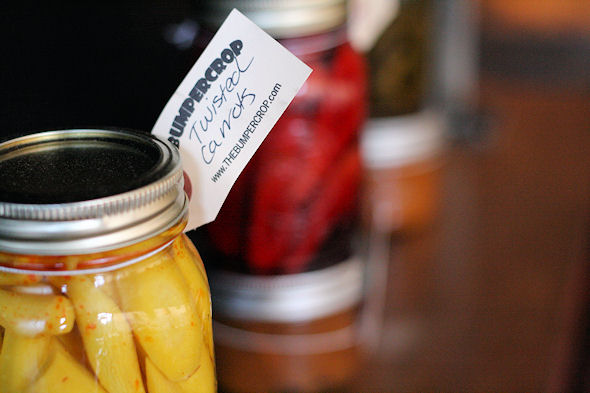 In the end, I wouldn't say Pizza Defina is competition for the likes of Terroni and Libretto . Their selection isn't nearly as extensive as far as the pies go, and their sauce doesn't quite compare, but everything is a couple of dollars cheaper on average.

It's still early however, and in the meantime it serves as a local option for Roncesvalles residents to grab a decent slice and a glass of vino. 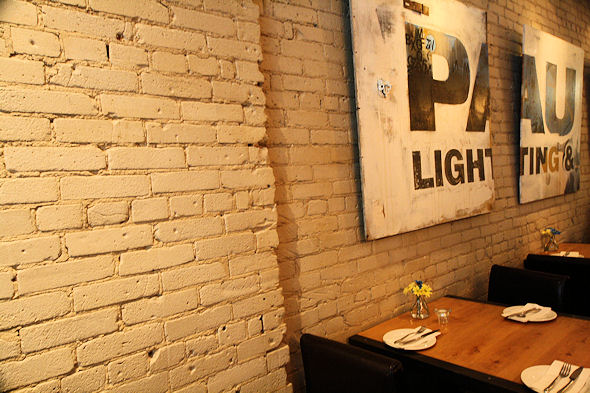