Pirosmani is one of the few restaurants in the city where you can find food from Georgia. Hearty bowls of beef stew, cheese-stuffed bread known as khachapuri, and Georgian-style dumplings are all on the menu. 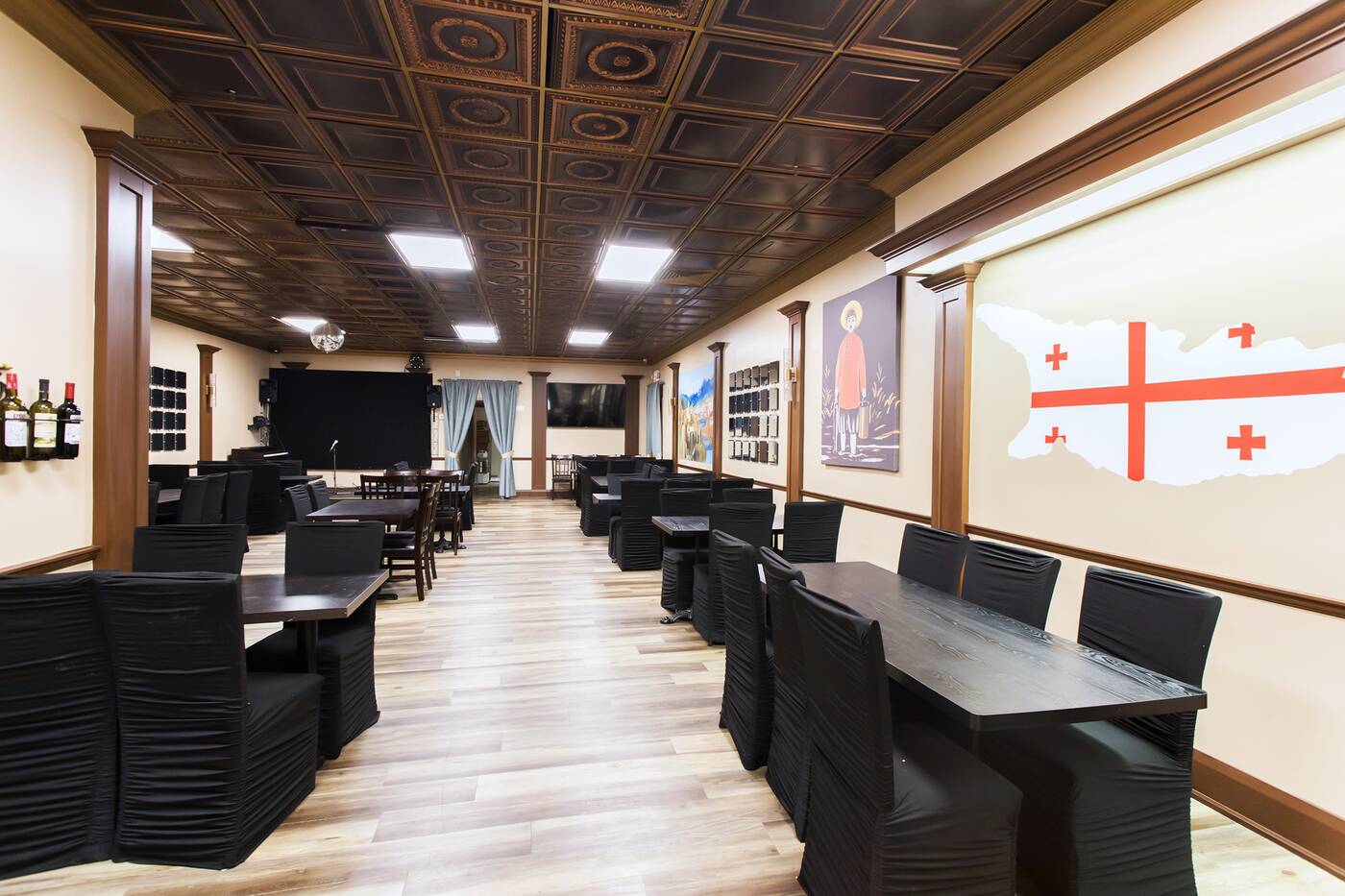 The restaurant interiors are kept simple but the stage that's set up with a piano and microphone, situated off to the far left of the dining room, is a reminder of the live music nights hosted here. It's on these nights the spot would really come to life. 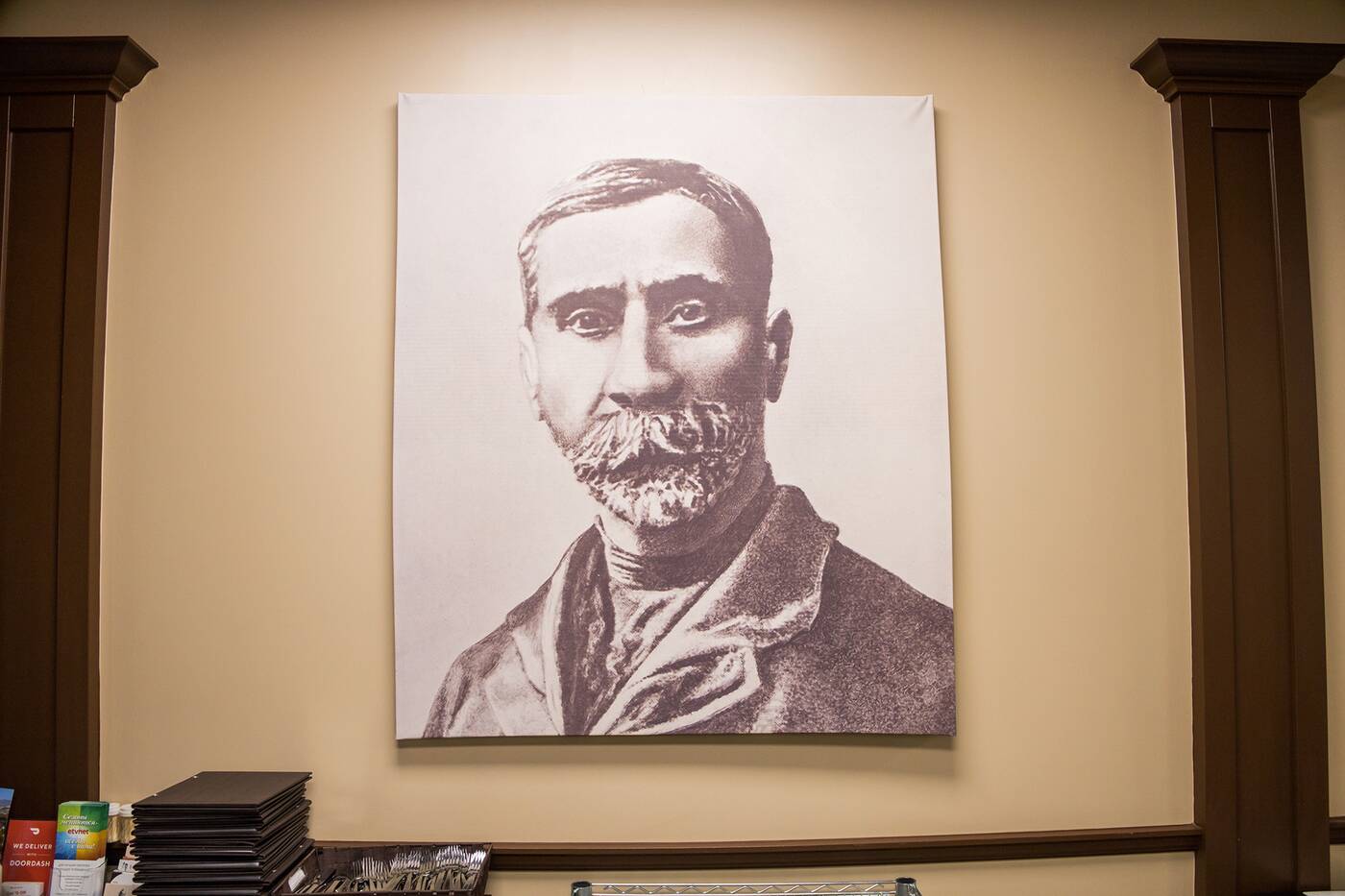 A large painted portrait of Niko Pirosmani, a Georgian painter, hangs on one of the walls along with a few of his paintings. He became famous after he died in the 1918 flu pandemic, even inspiring a portrait sketch by Pablo Picasso decades later. 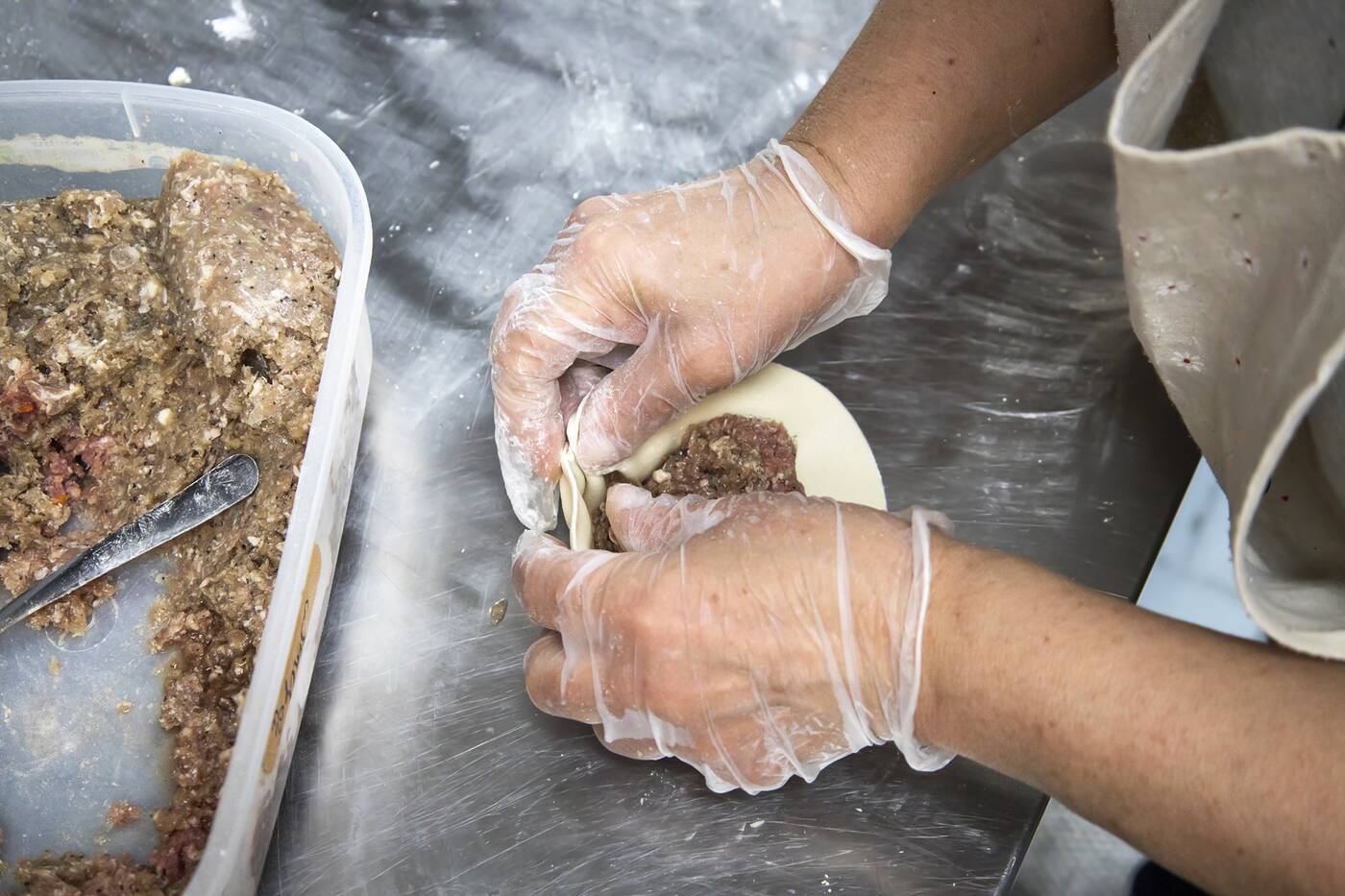 But it's the food that's the main event here, and if you've not tried the food from this ancient nation that straddles Europe and Asia, this is the place to do it. 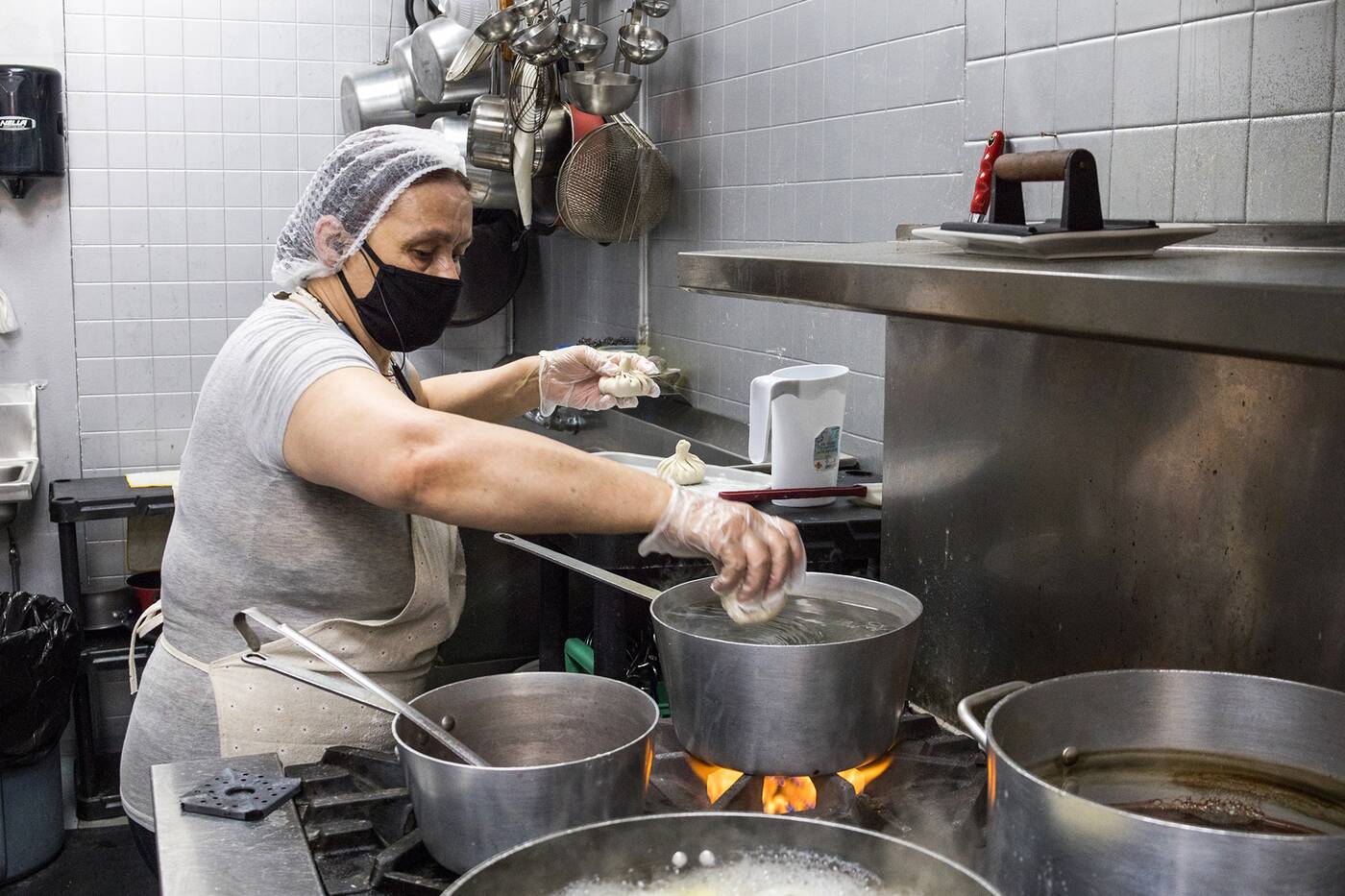 Khinkali are Georgian dumplings and one of the country's best-known dishes, so it only makes sense that Pirosmani offers six types on the menu. The beef, beef and pork, lamb, cheese, mushroom and potato variations are all filled, hand-twisted and boiled before serving. 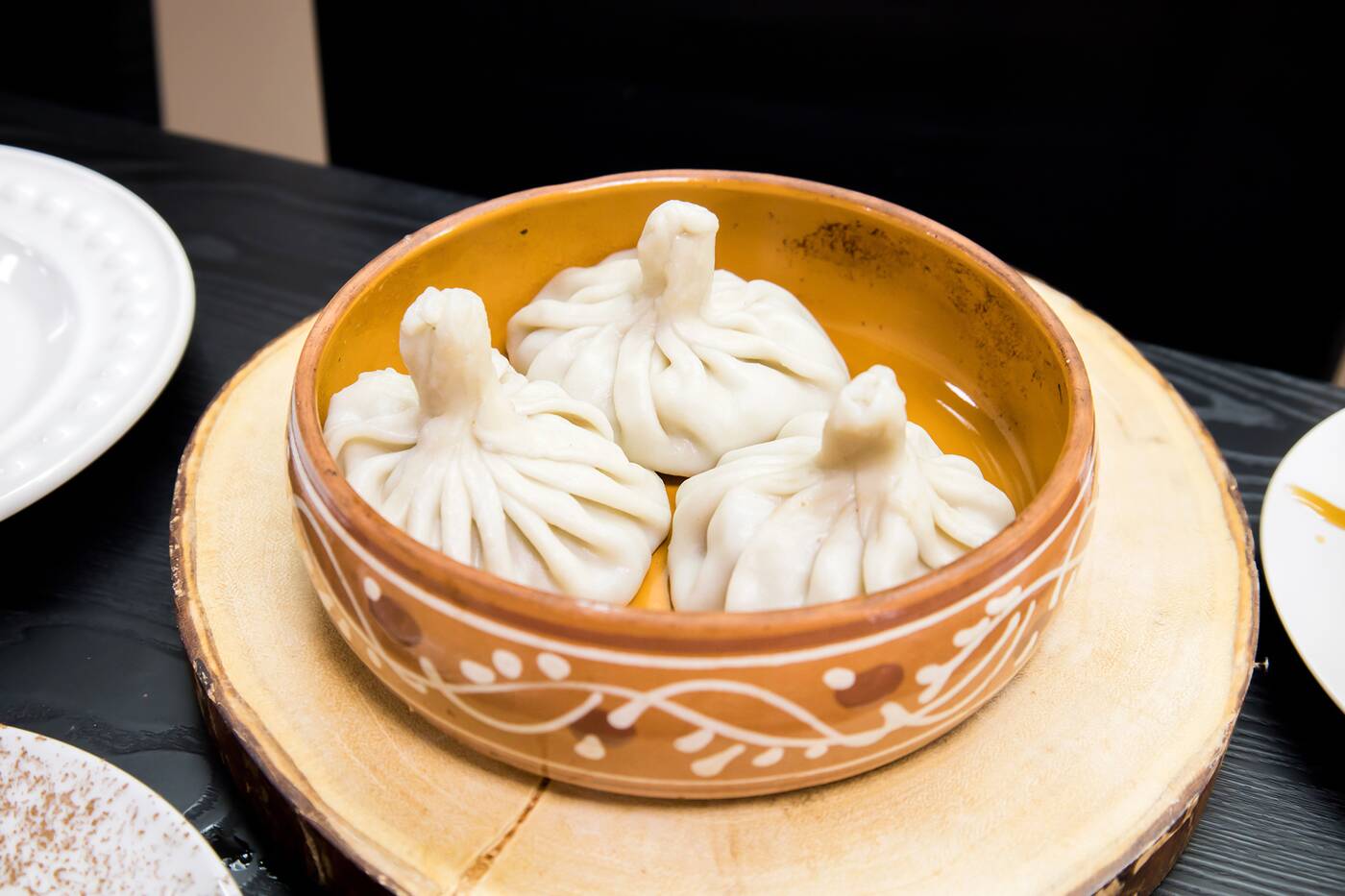 Orders come with either three or 20 of the dumplings, which originated in the Georgian mountain regions of Pshavi, Tusheti, Mtiuleti and Khevsureti. 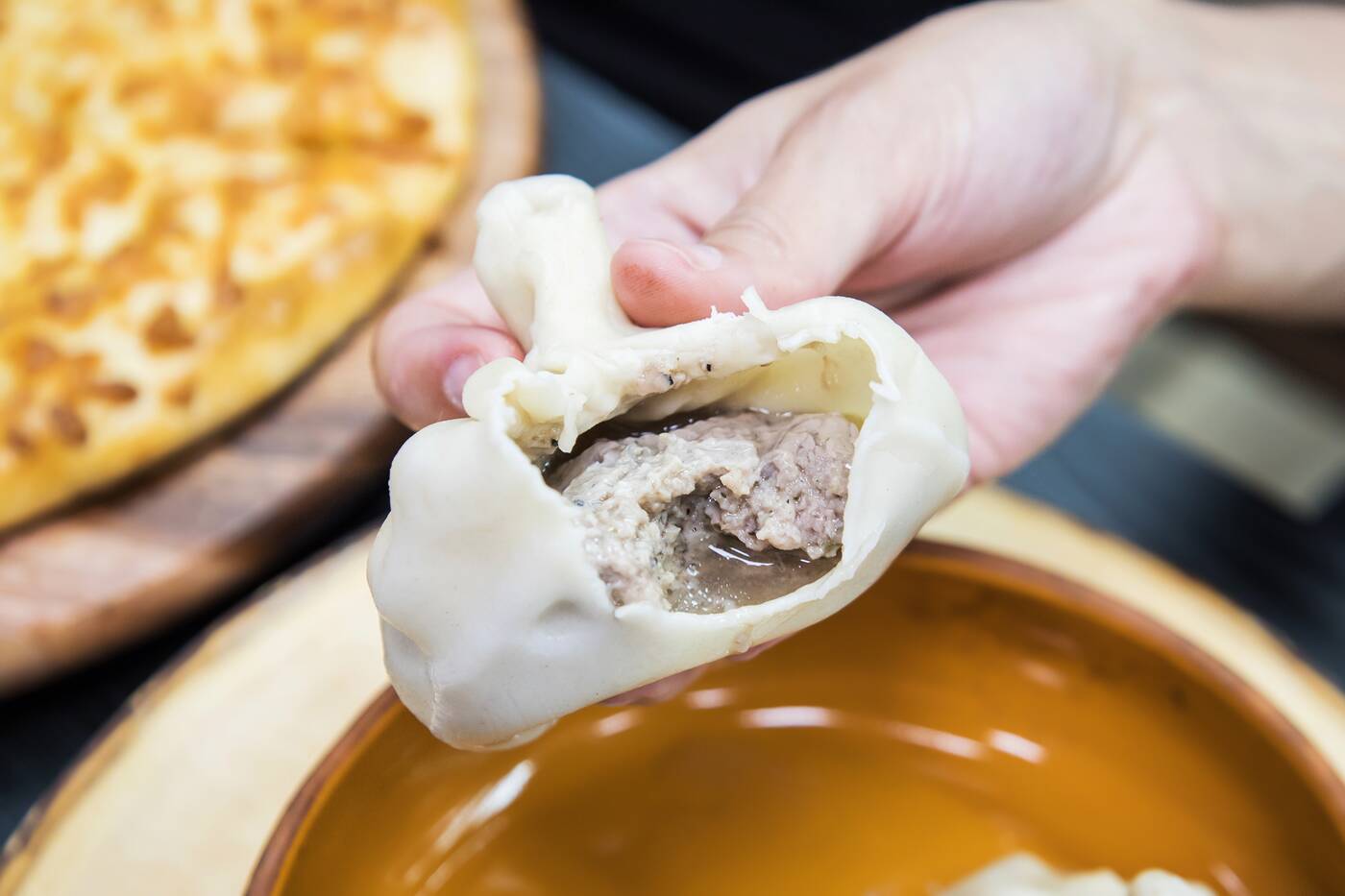 We try the ones filled with pork and beef (three pieces: $8.95). The large balls of dough come with a twisted top (acting as a handle) and plenty of warm broth inside. The trick is gobbling it up as fast as you can before you lose the soupy goodness inside. 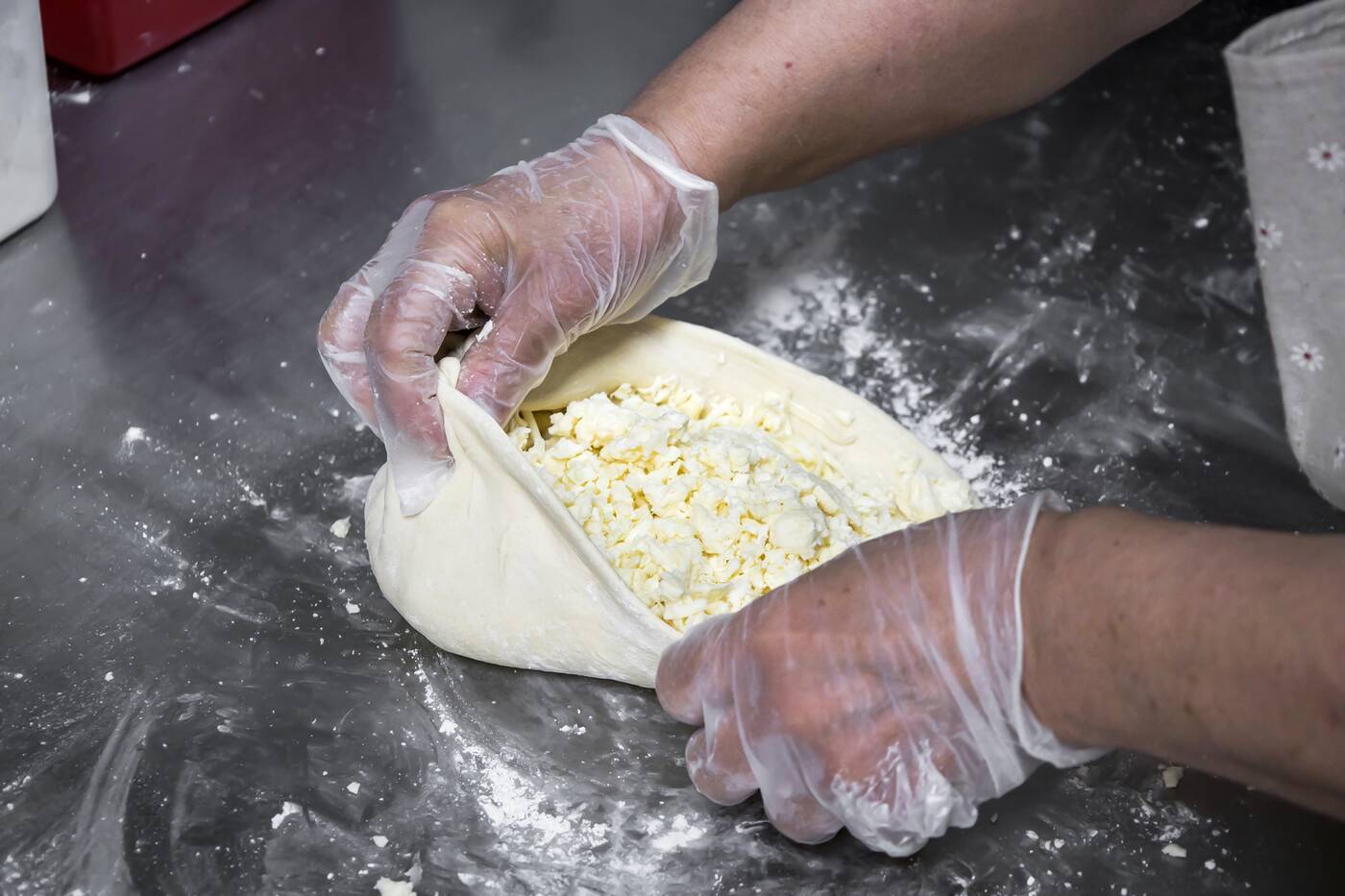 Another go-to item on the menu, and in Georgian cuisine in general, is the warm and gooey khachapuri. This cheese-filled flatbread takes a few different forms, depending on the region. 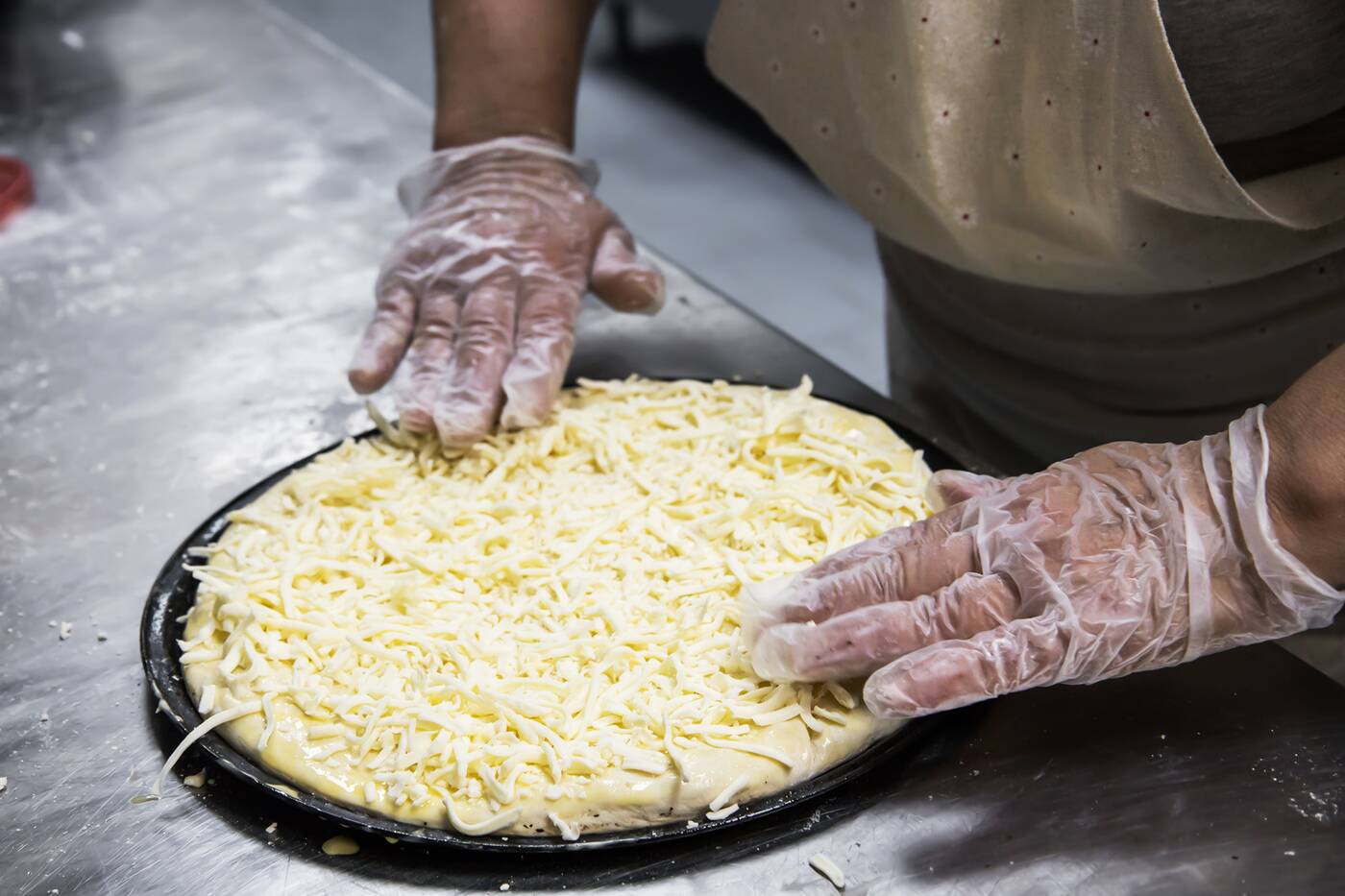 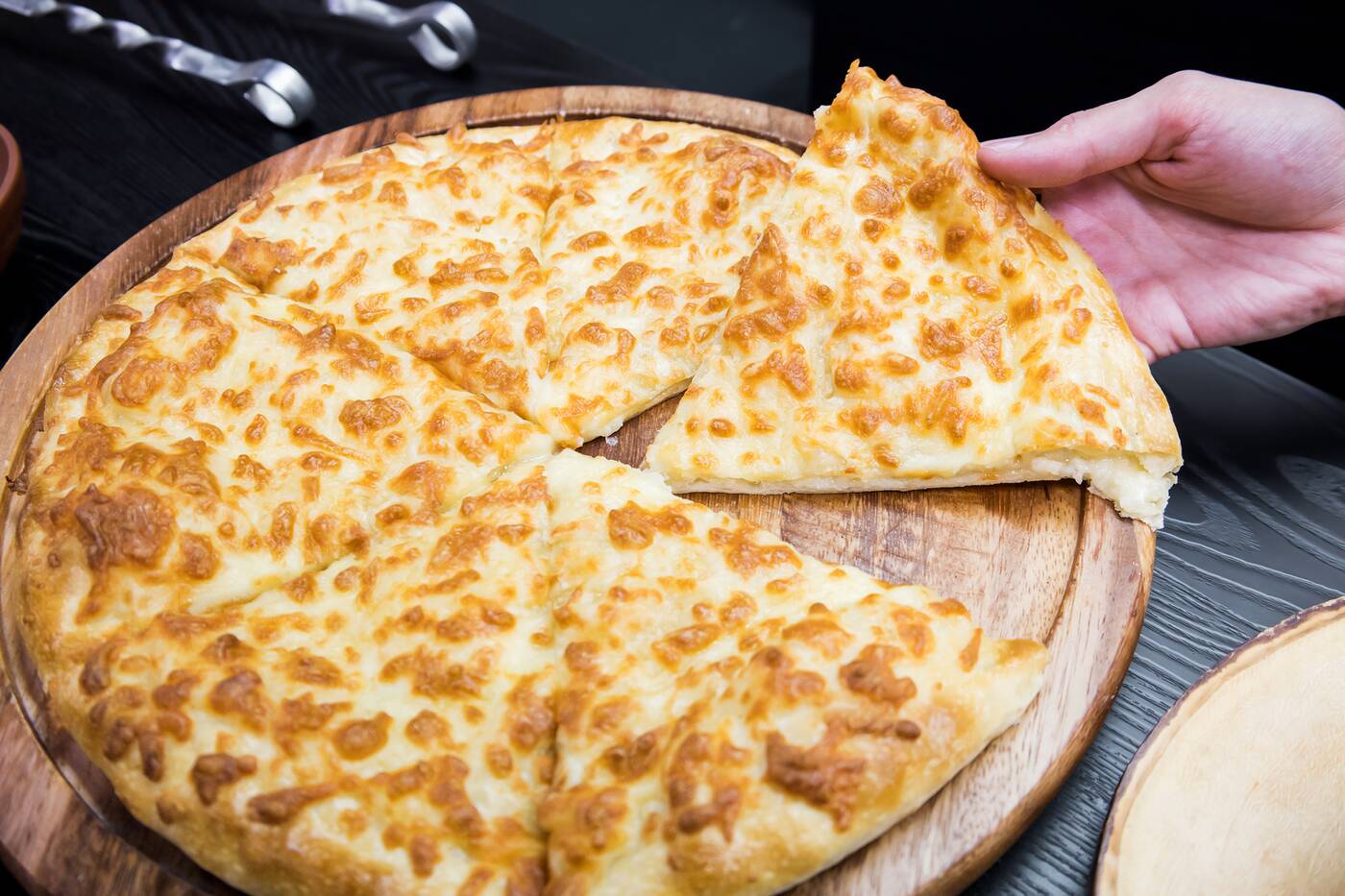 This version of the baked cheese bread ($18.95) is from the region of Samegrelo, which borders the Black Sea. 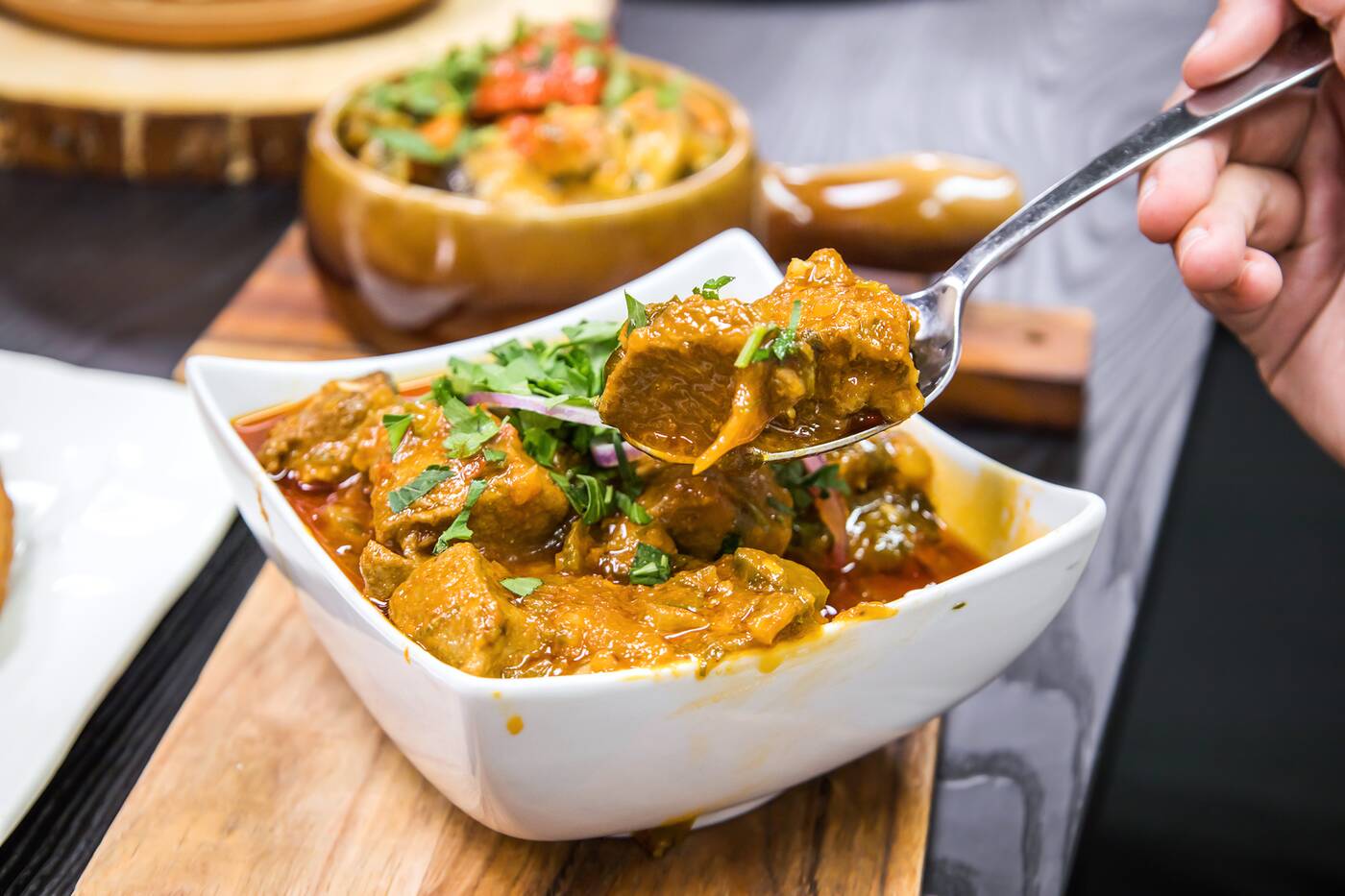 There are also a number of stews to choose from. Ostri ($20.95) is a spicy beef stew in a sauce of tomatoes, peppers, coriander, garlic and fresh basil. 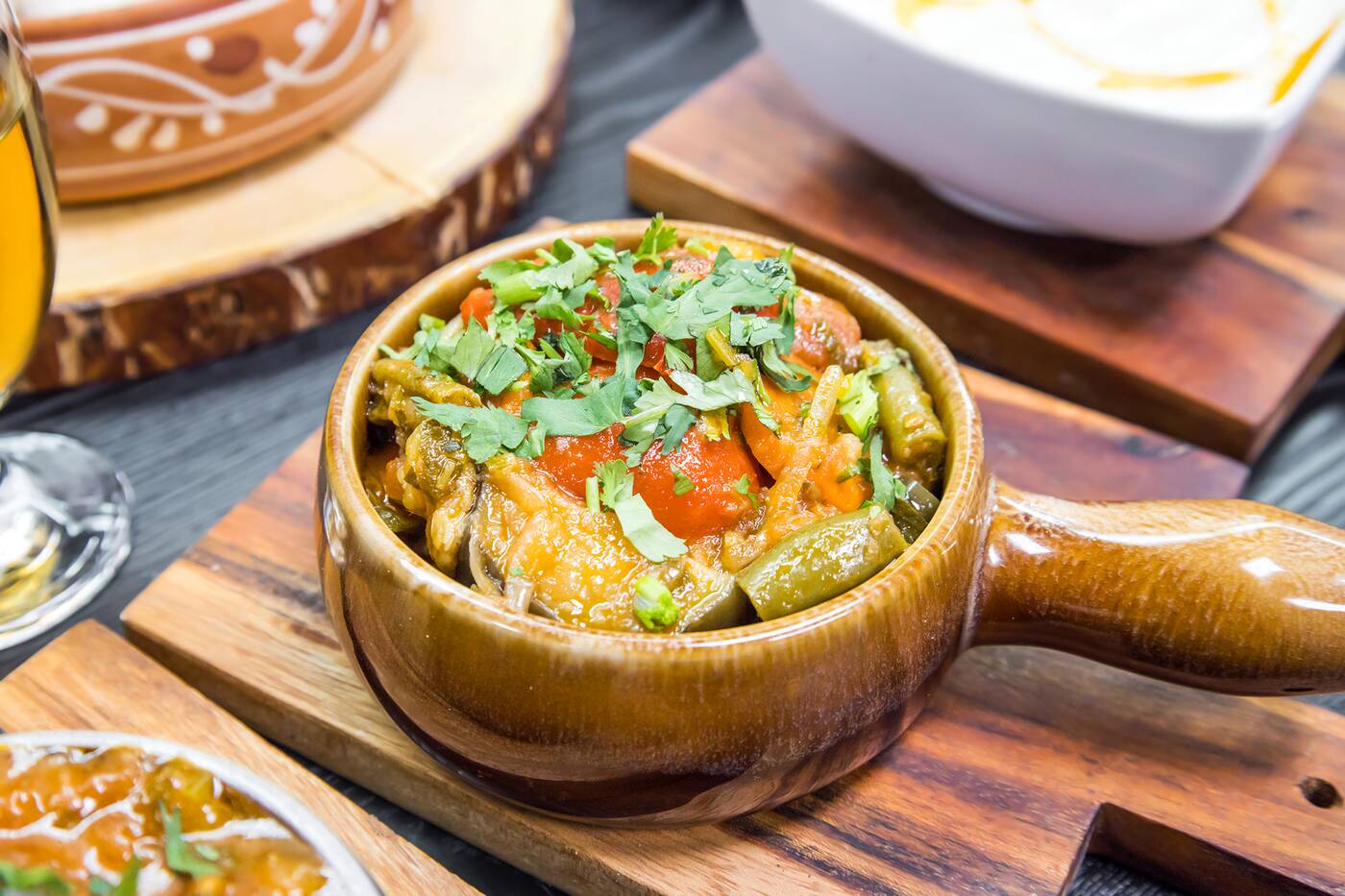 Ajapsandali ($17.95) consists of stewed onion, tomato, pepper and eggplant. Featuring similar seasonings of basil, coriander and garlic. There's a lot of flavour in this dish, which can also have lamb added ($20.95). The prices are quite high considering the sizes, but the food is good. 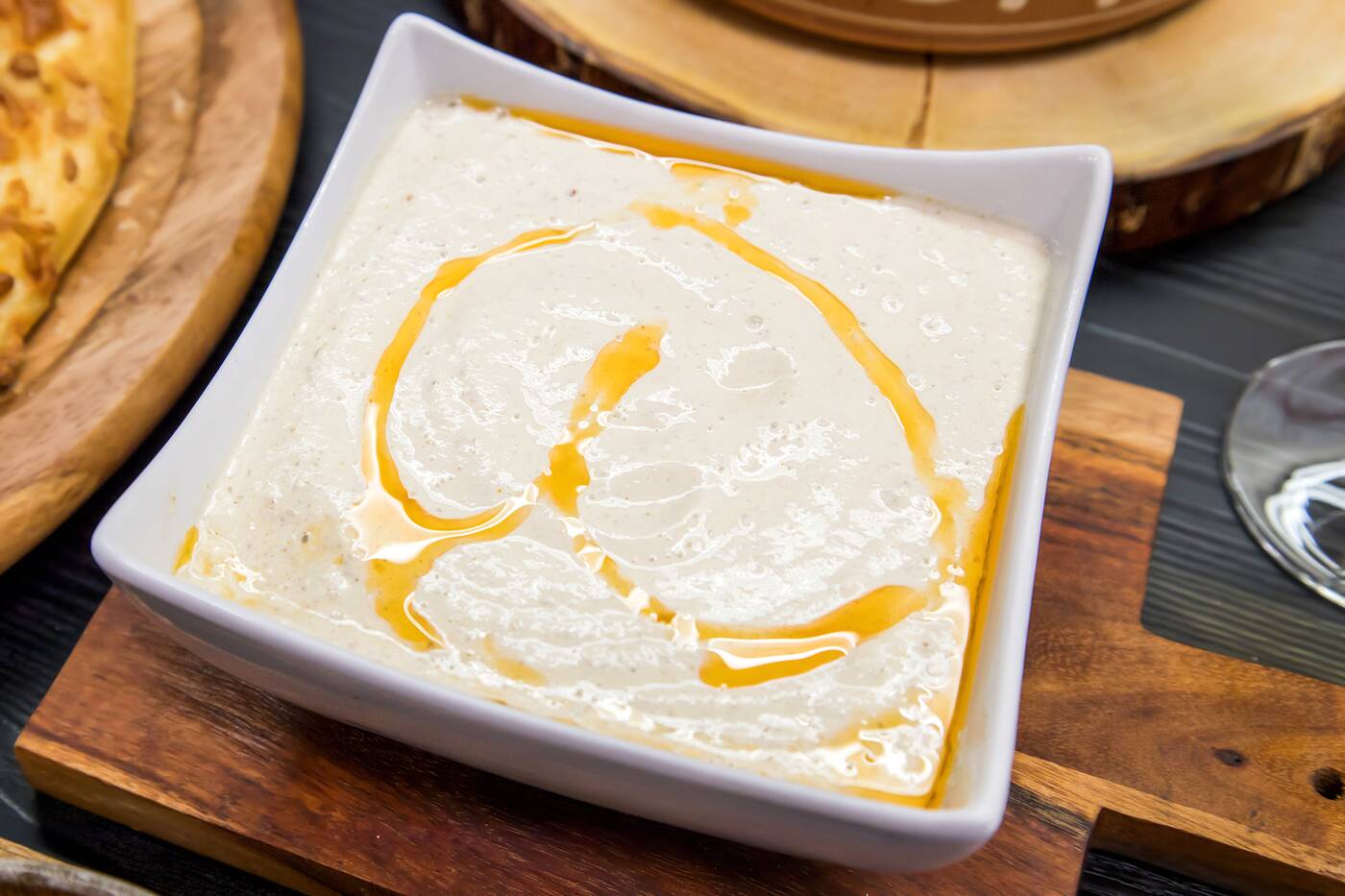 A popular appetizer to kick any one of the meals off is sacivi ($17.95). The thick walnut sauce with chicken is served cold. It's prepared in advance and chilled for a day before serving. 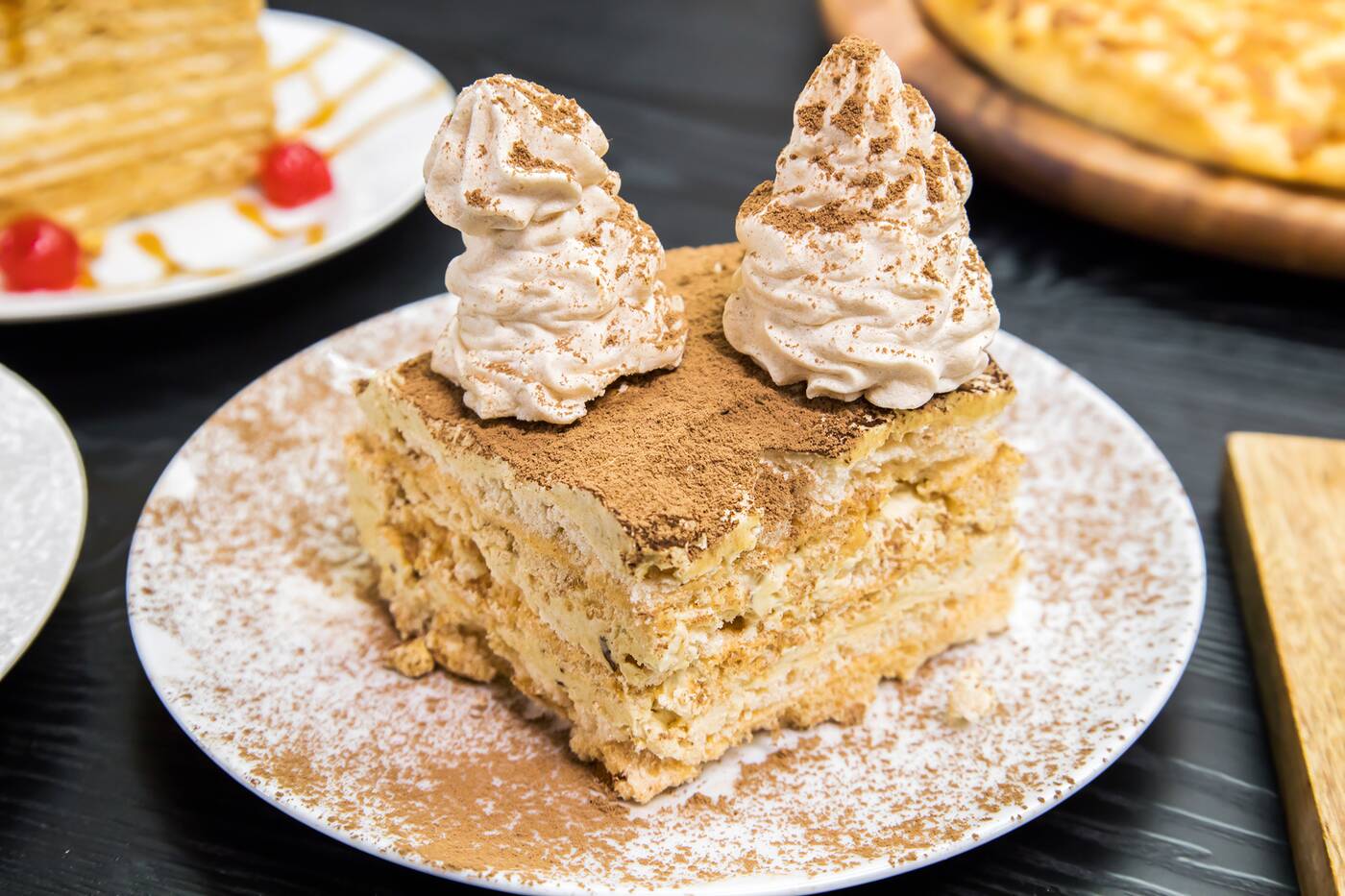 And if you're looking for a sweet note to end on, one of the handmade layered cakes will do the trick. Pirosmani cake ($10.95) is their signature that has an unexpected crunchy texture that instantly melts in your mouth. 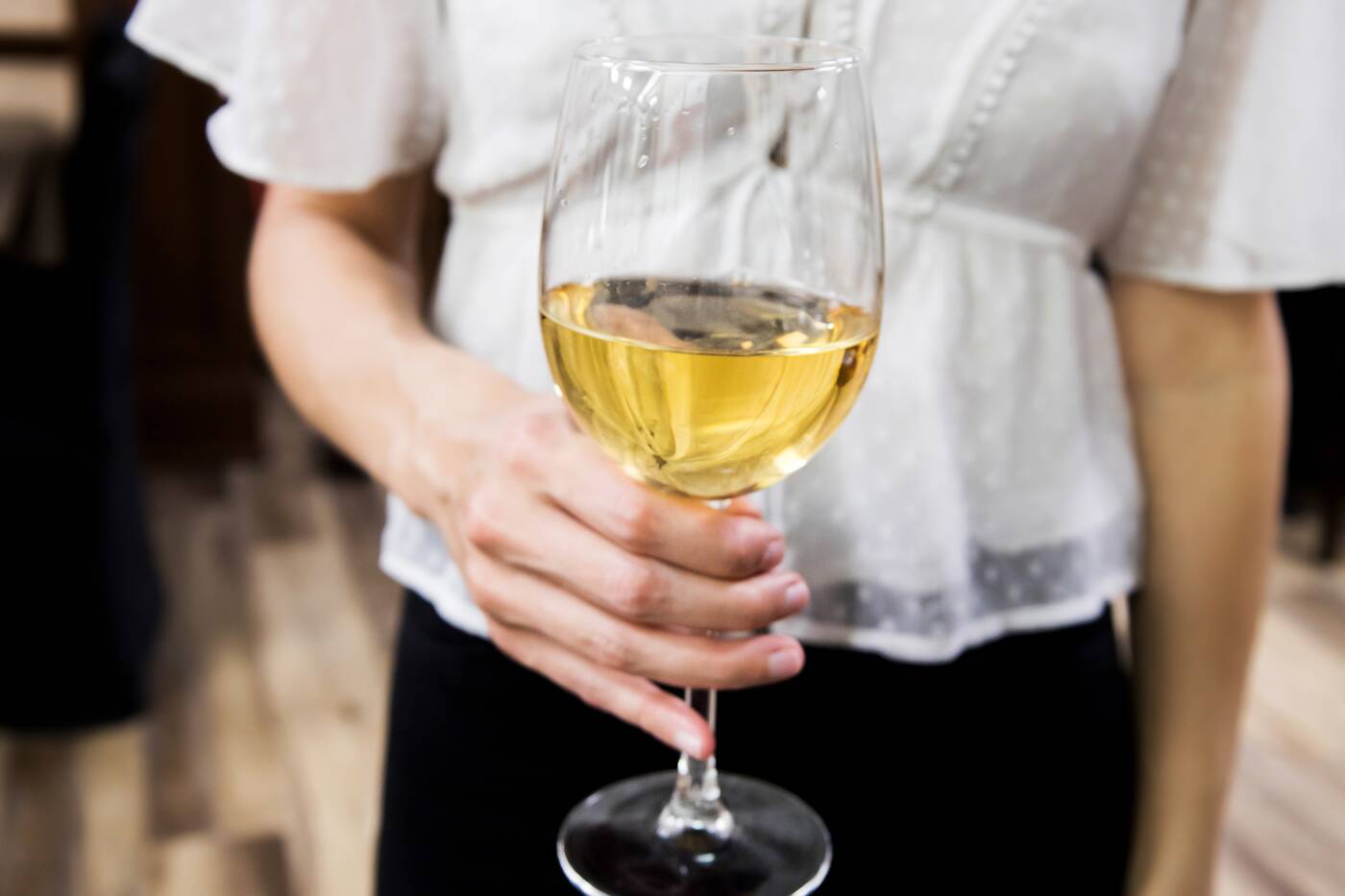 Georgia is known throughout Eastern Europe and Central Asia for its wines, often bottled in clay, which are the end product of wine tradition that's older than the French, Italian and even Greek. In fact, it's the world's oldest wine producing region, going back at least 8,000 years.

So of course there's a list of Georgian wines here, which mostly hail from the ancient wine-growing region of Kakheti. 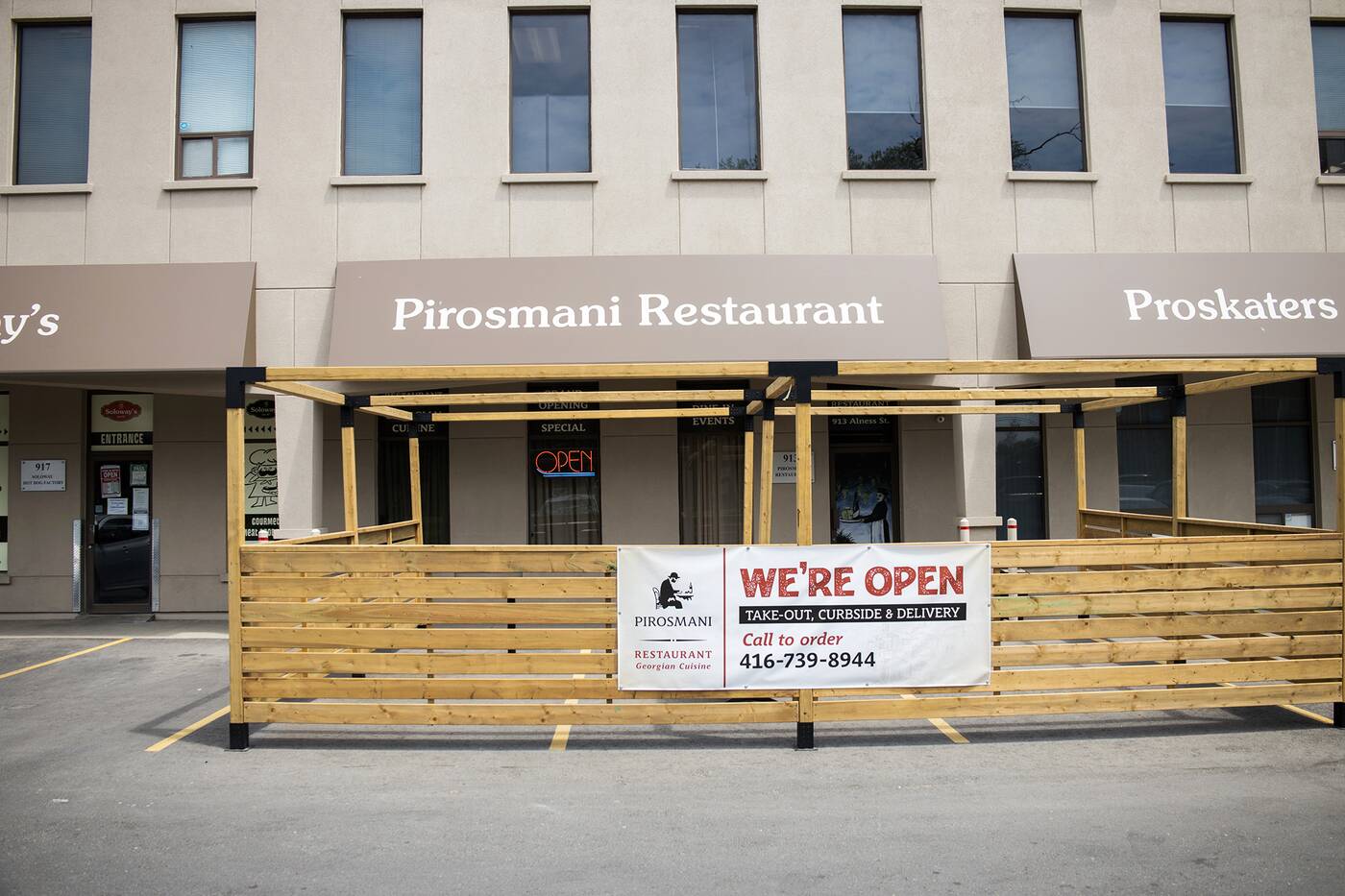