Pick 6ix Sports is the reinvention of Drake's Pick 6ix as a sports bar.

Apparently the rapper is still affiliated as a co-owner, though the sushi of Antonio Park has been replaced by pub food by executive chef Ivan Bailey (Mistura, Celestin). 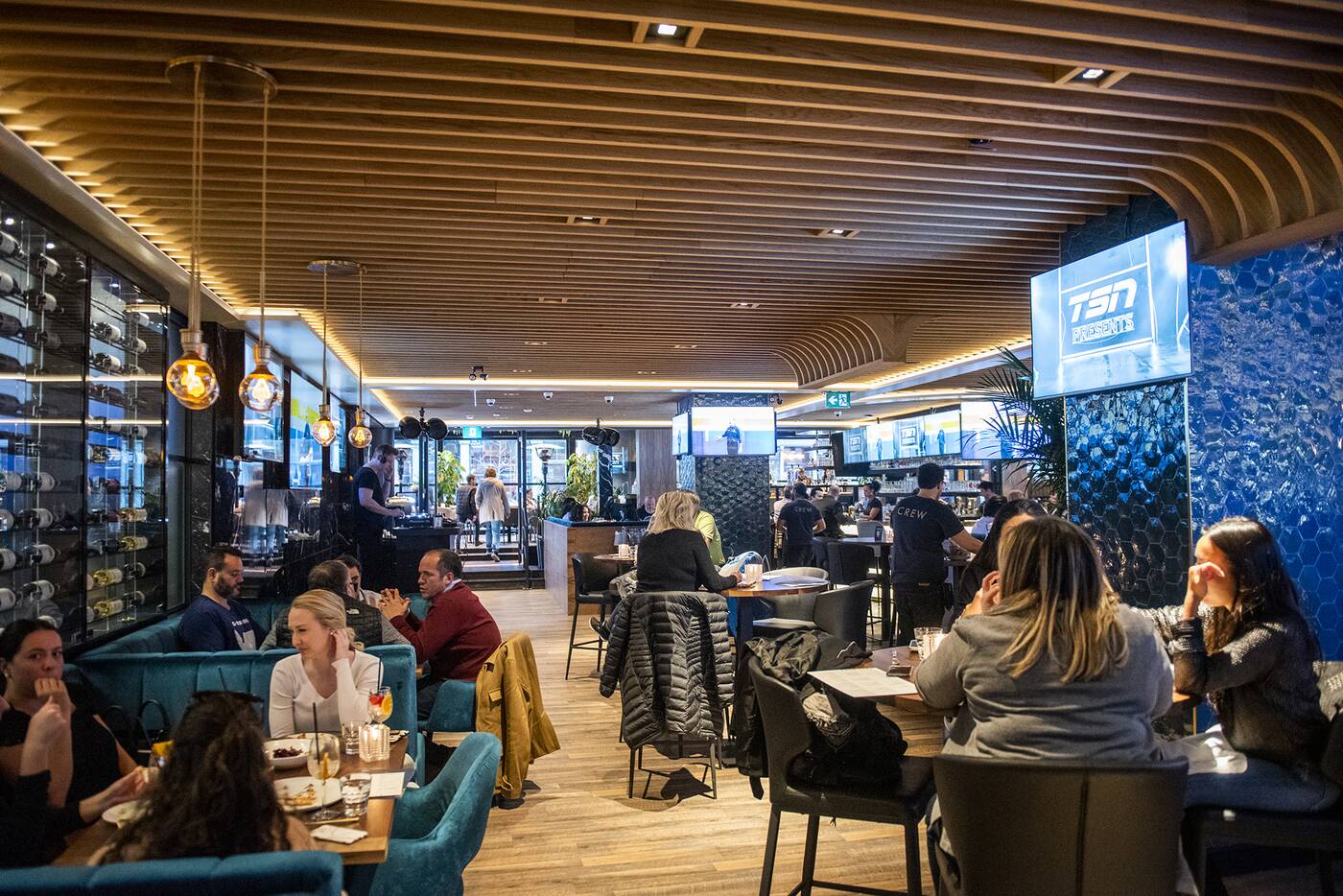 The space is a little less glitzy and a little more open with over 38 flat screen TVs, made over into the sports concept following flood damage. 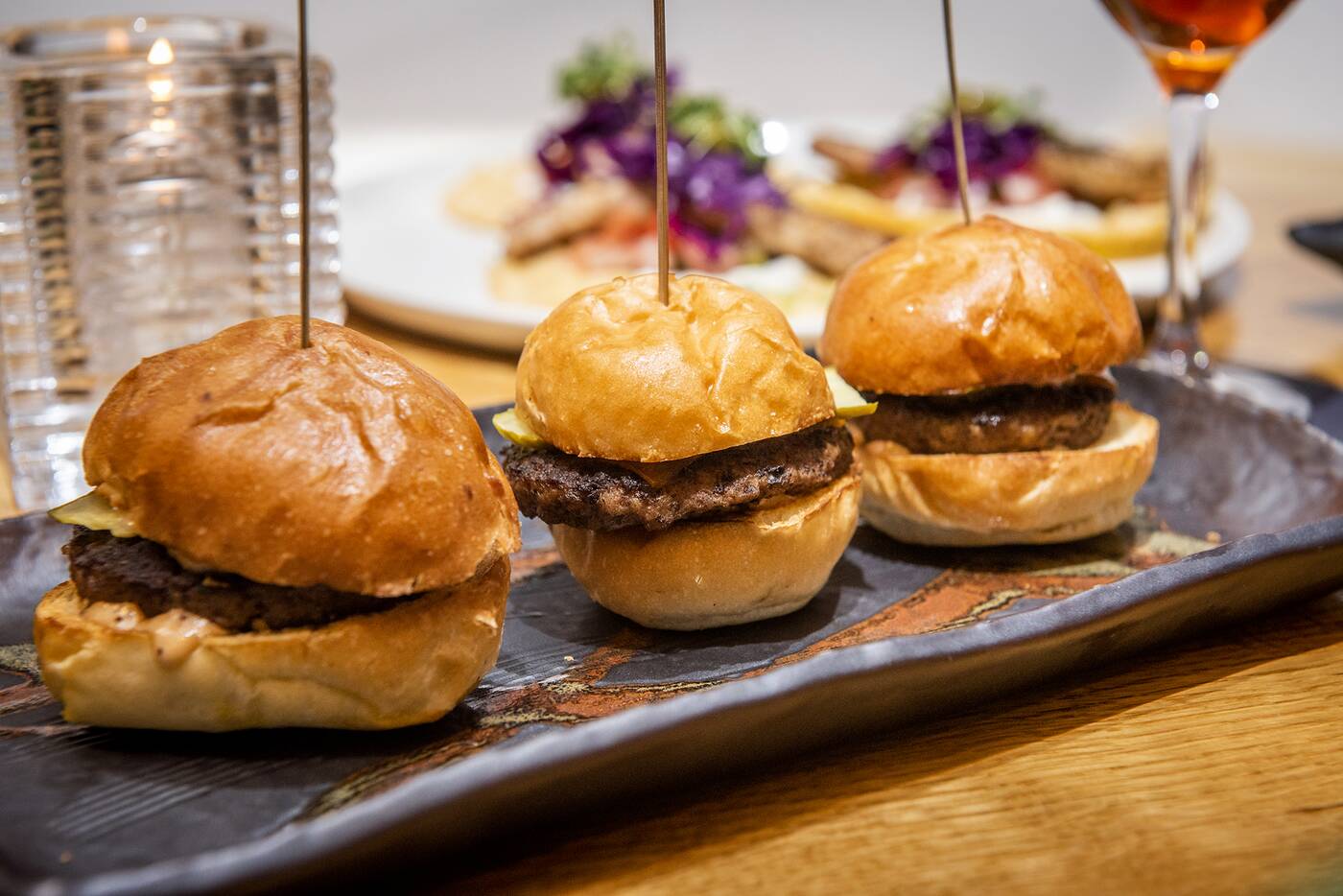 Sliders ($12) come in orders of three, with Angus beef patties that aren't too chunky with pickles, American cheddar and a nice mac sauce on a crinkly mini brioche bun. 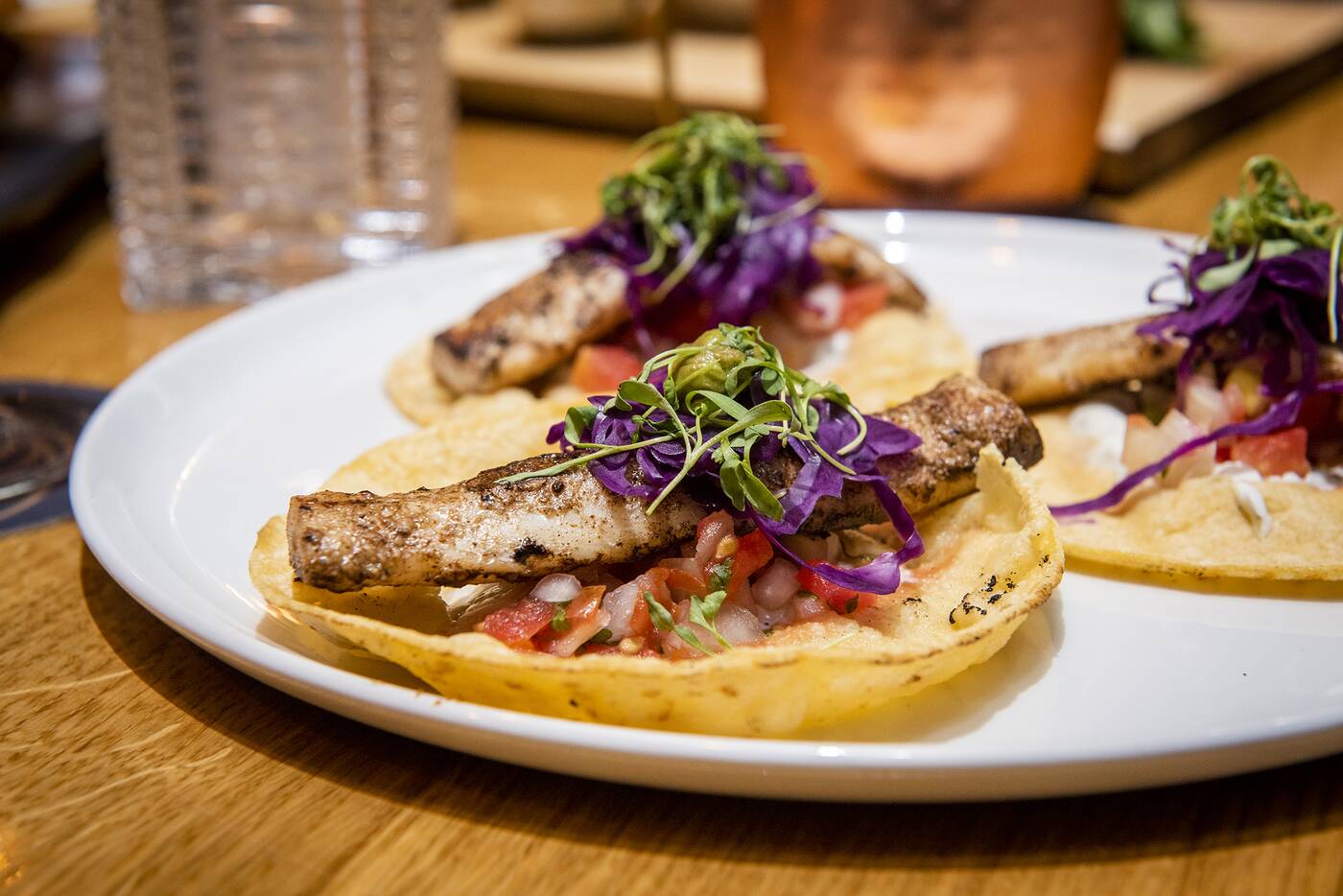 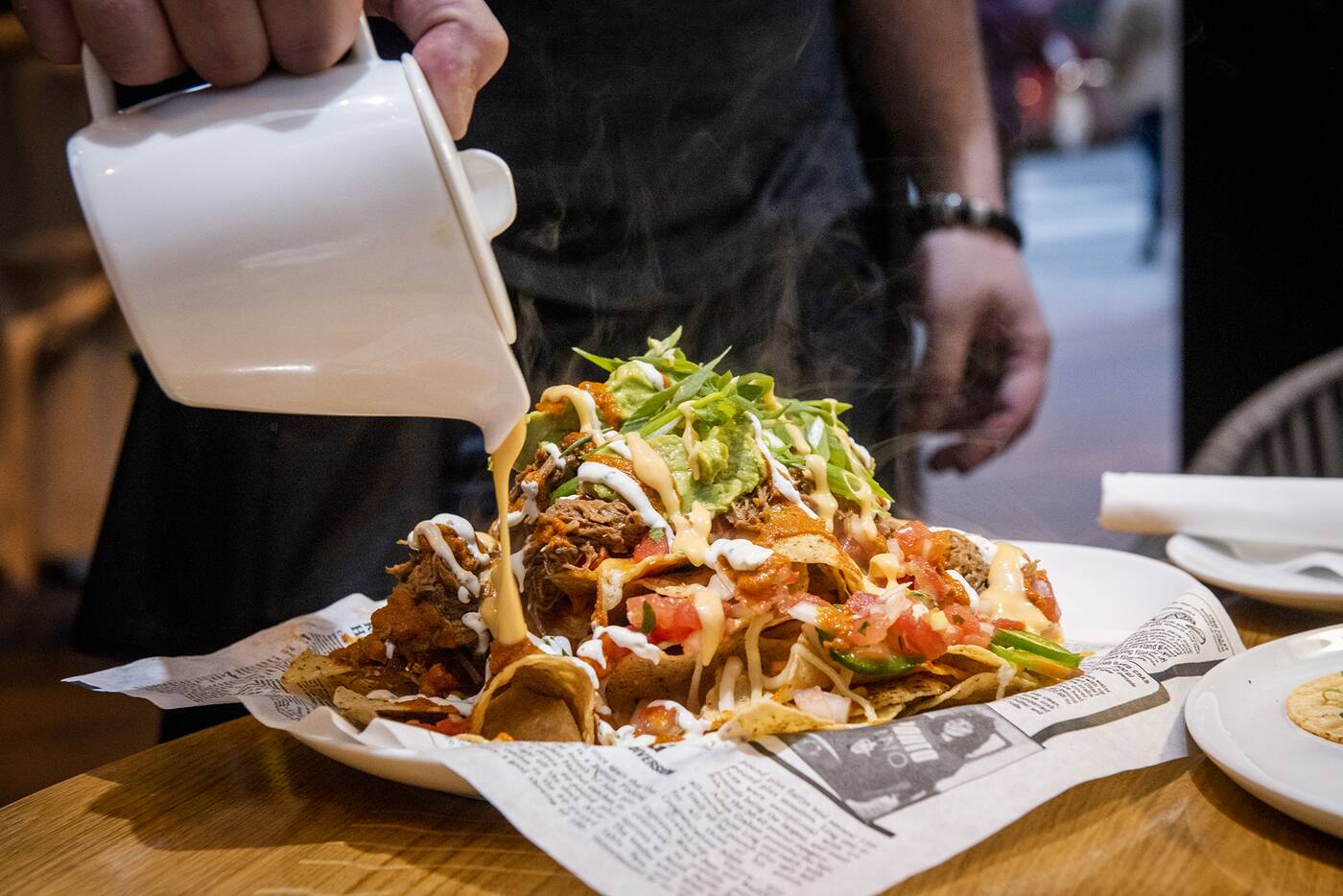 A nacho platter is likely priced at $20 mostly due to the shredded beef brisket it's topped with, which is actually quite tender and flavourful, and cheese sauce is also poured over top tableside. 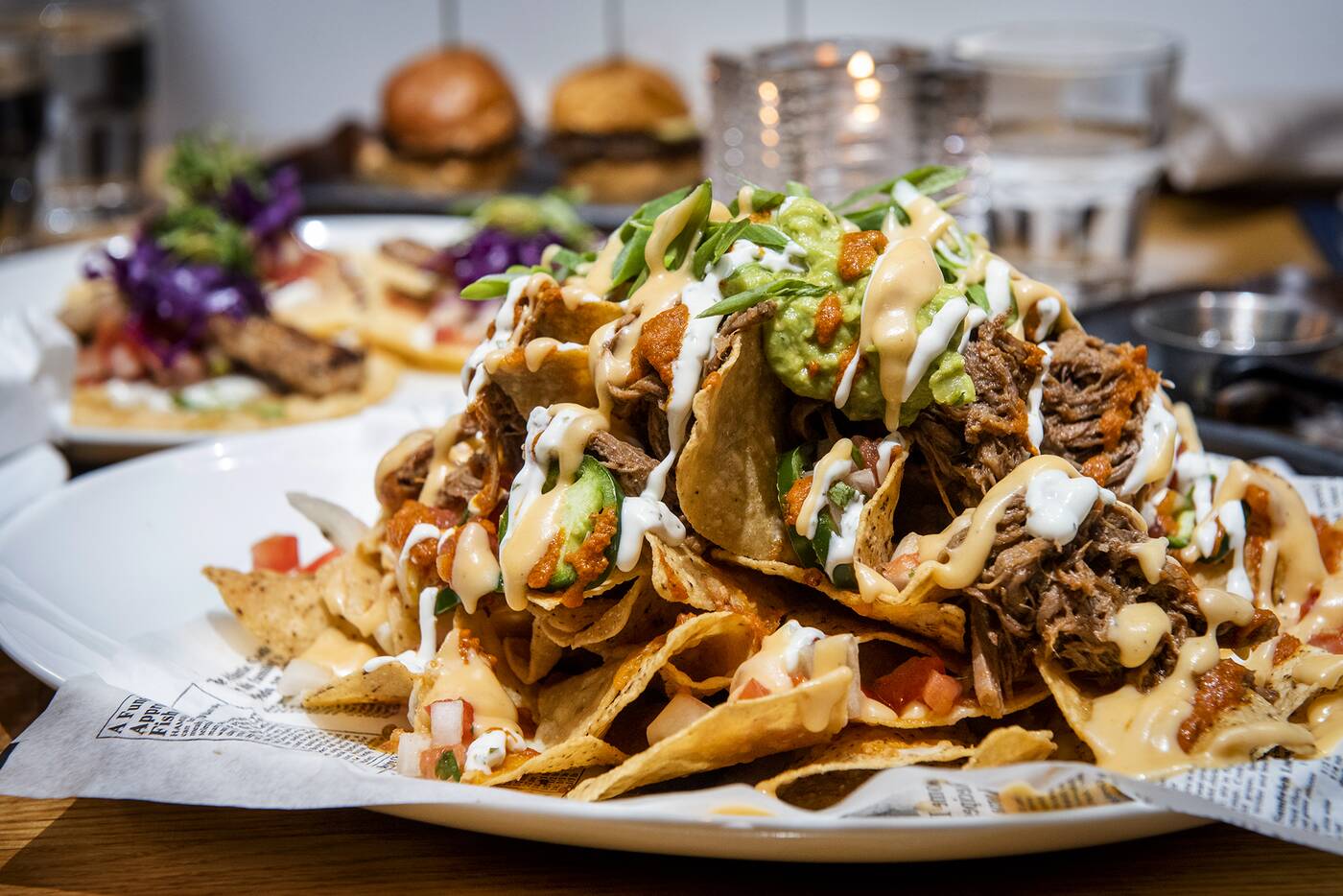 Other than that it's pretty much the usual corn nachos, guac, jalapeno, pico de gallo, and a subtle coriander sour cream, though everything goes together well, and the heap of chips stays nice and tall without getting too soggy or congealed. 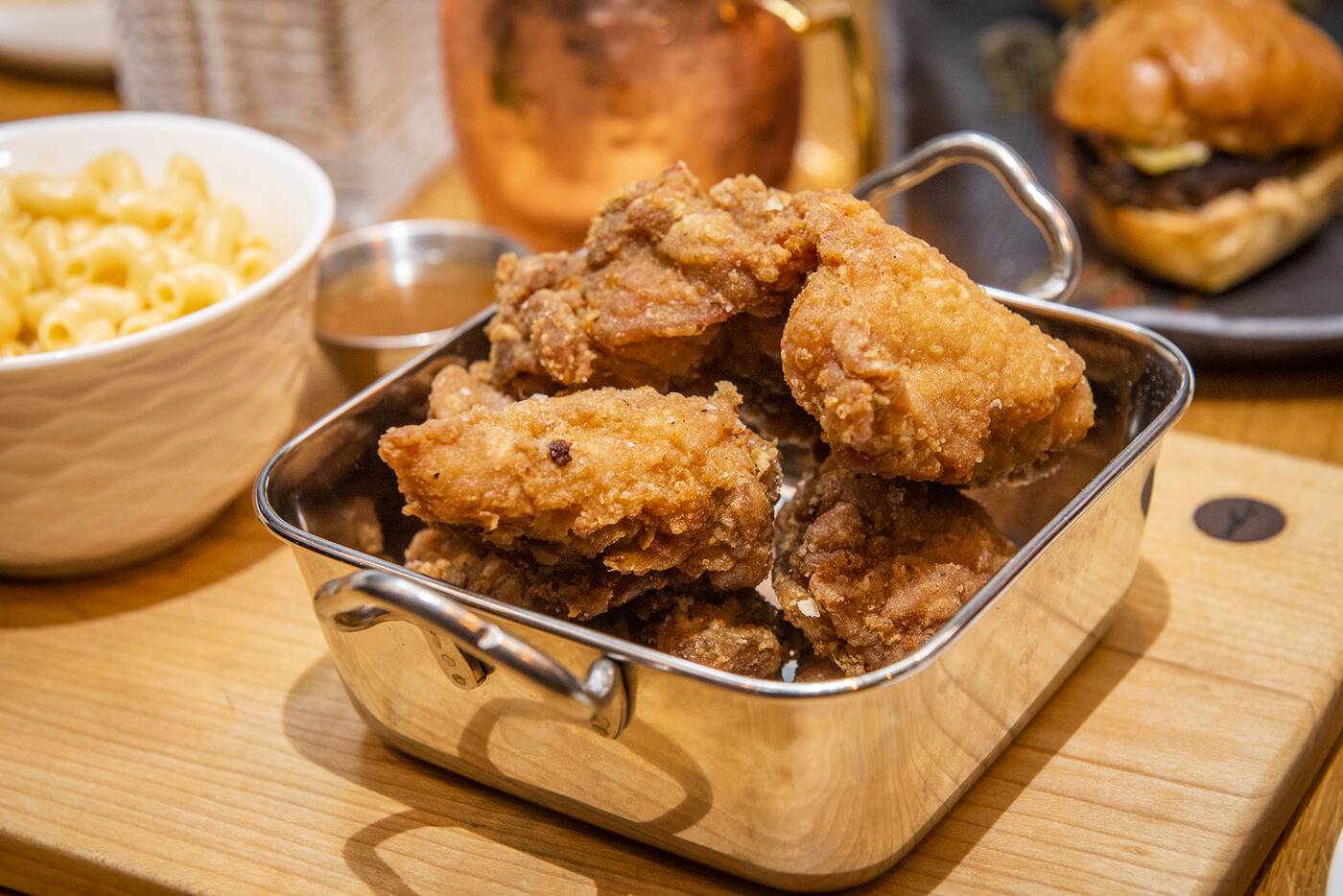 You could probably find better buttermilk fried chicken for $24, but it’s easy to eat with your hands without bones or too much grease.

Bitter greens are a little more interesting than relatively bland mac n' cheese, but a sweet and spicy sauce on the side really kicks the chicken up a notch. 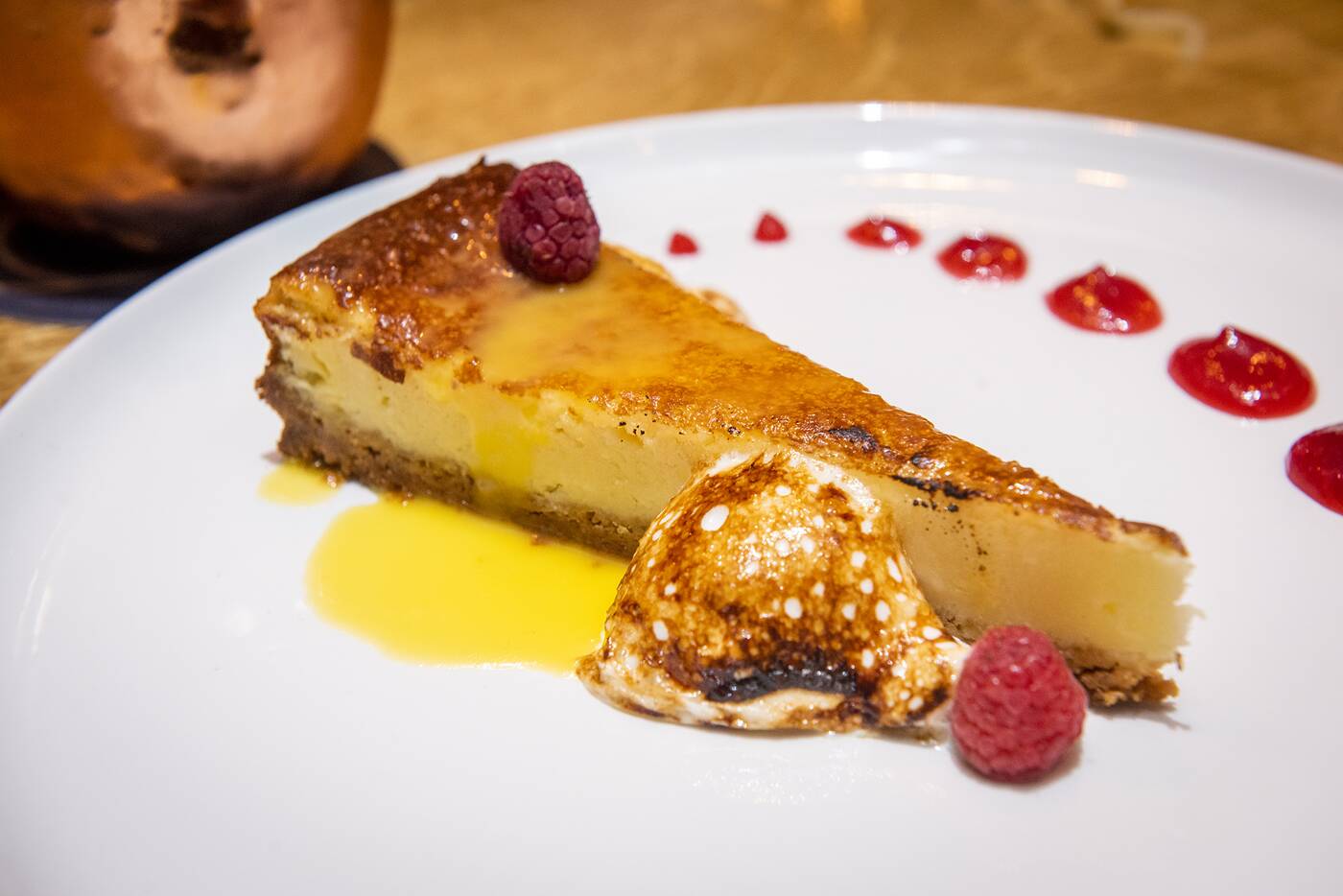 For dessert there’s lemon cheesecake ($11) with candied lemon, a nice juicy raspberry coulis and a graham cracker crumble and marshmallow meringue that feel like they have a misplaced foot in s’mores territory. 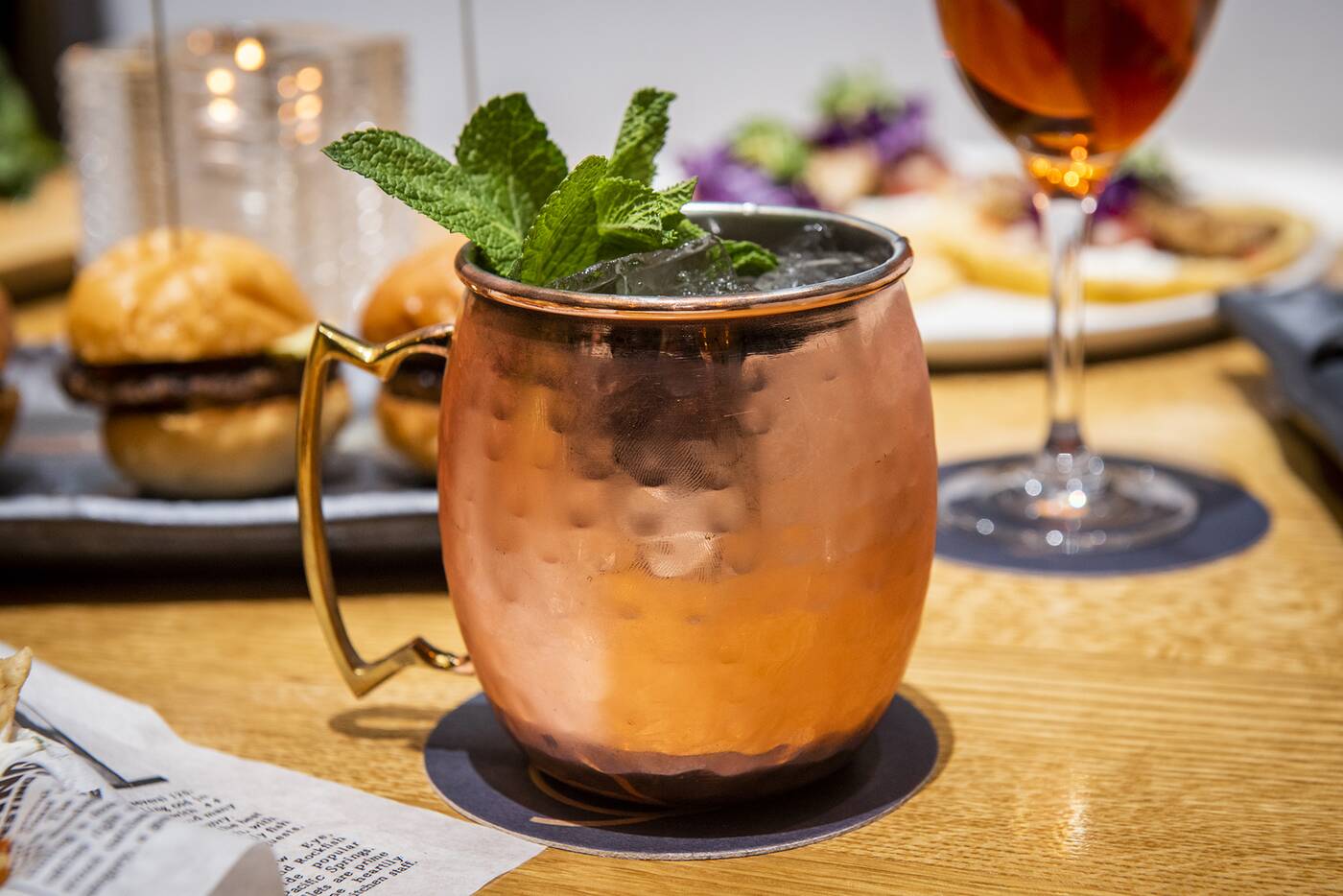 A Moscow Mule ($14) doesn't reinvent the wheel one bit with vodka, lime juice, bitters, ginger beer and lots of ice. It's spicy yet refreshing, uplifted by the aroma of a mint garnish. 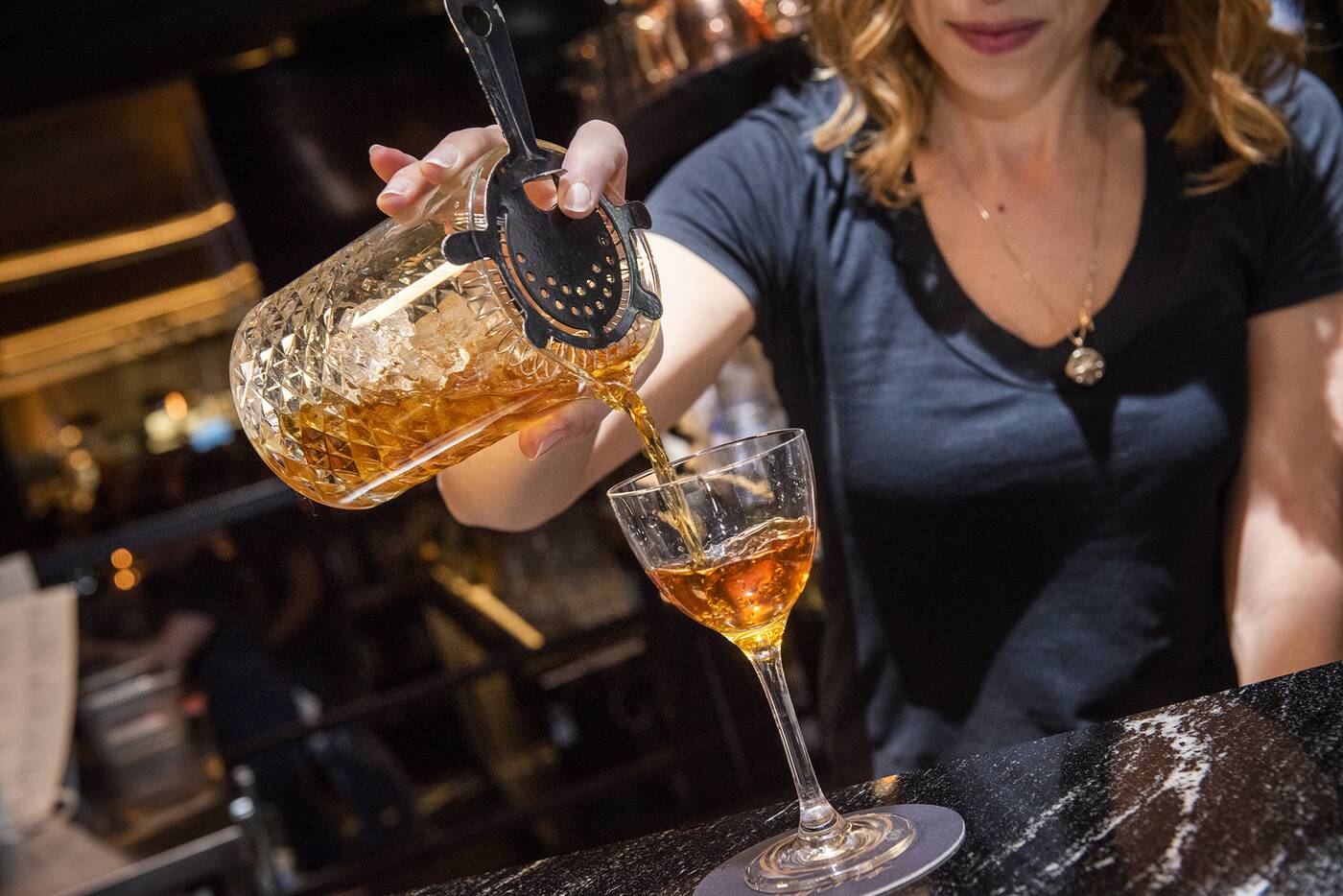 A Toronto cocktail ($16) is a simple combination of Lot 40 rye, Fernet Branca, and simple syrup garnished with orange peel, basic but boozy. You can also count on classic martinis, spritzes and the like being on the menu here. 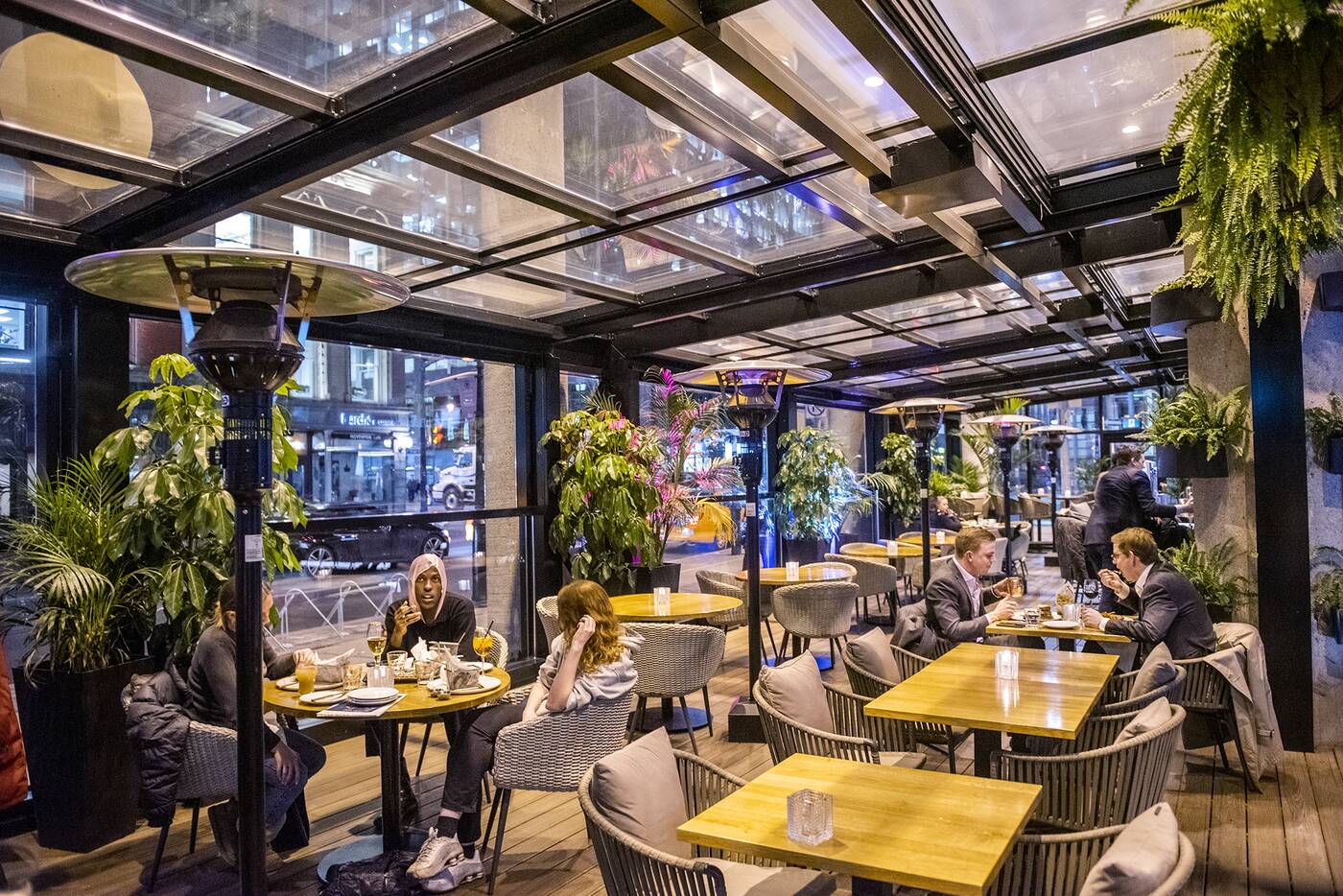 An all-season patio is equipped with heat lamps, its very own bar and even more TVs. 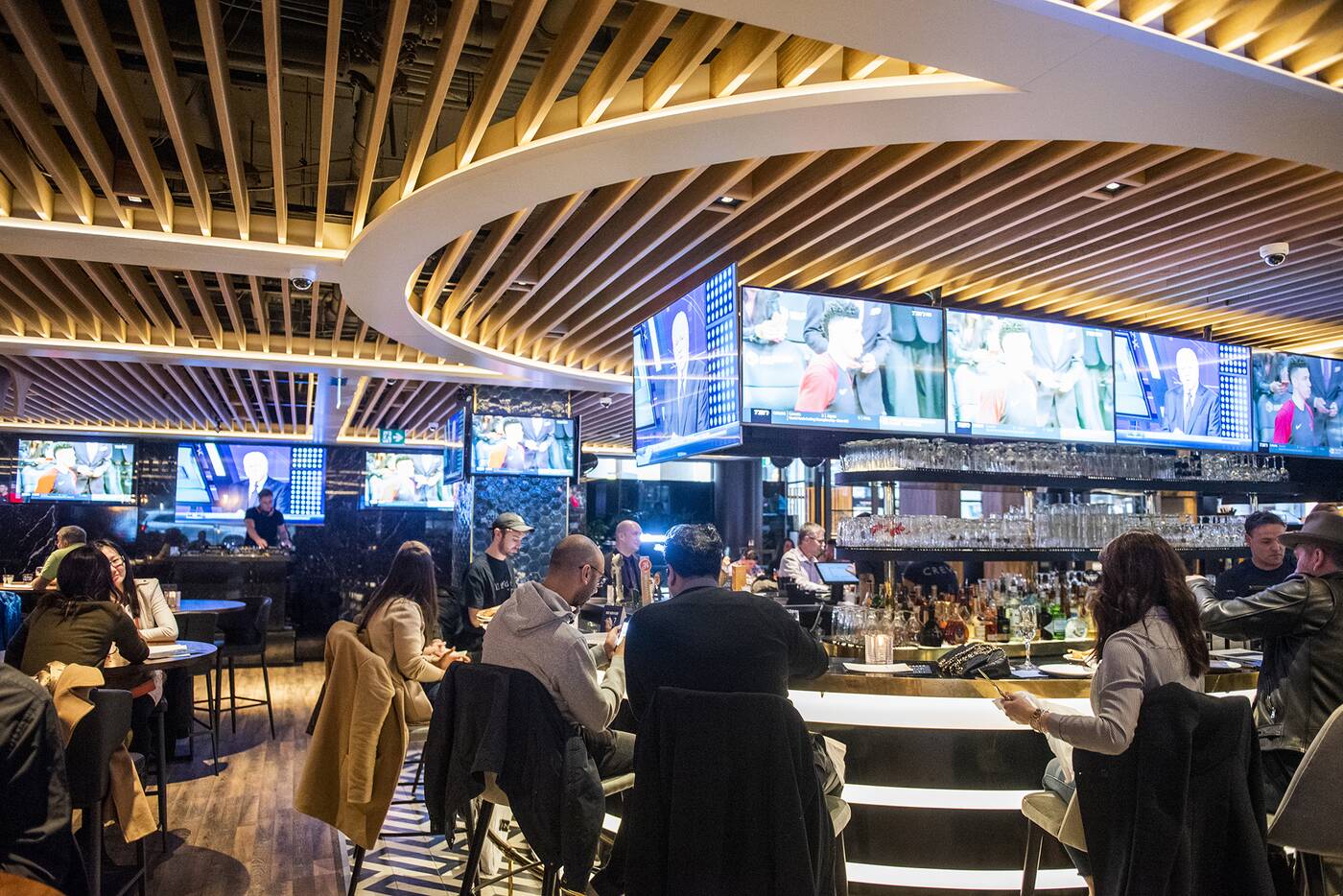 Food is served from noon until 1 a.m. every day here, with drinks until 2 a.m., happy hour specials and late-night burger deals. 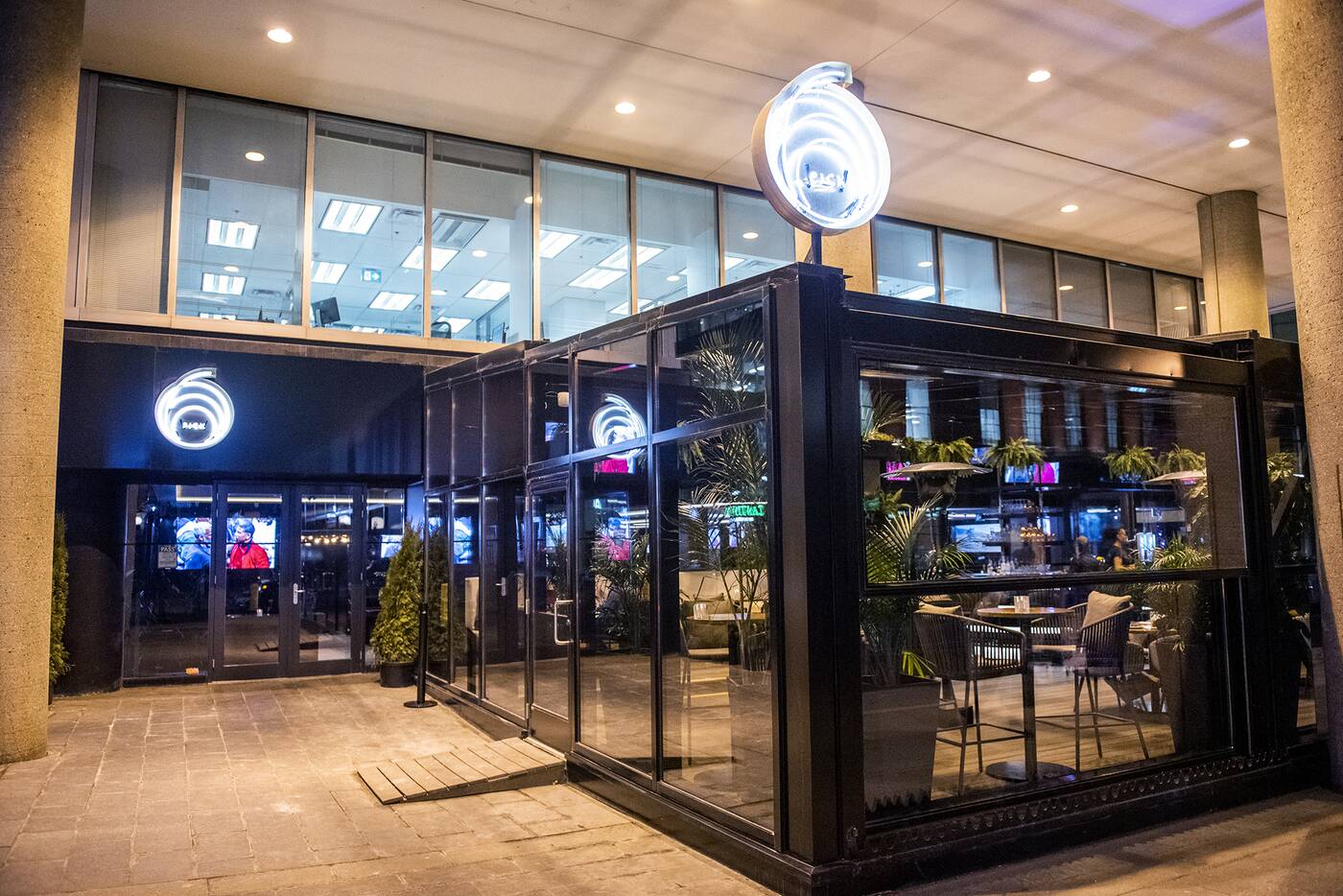